Pastoral and idyllic, the Catlins is one area of NZ we made multiple attempts to visit in 2015. Beat back by snow and ice to our campsite in Balclutha to the north, we never did get in to explore it. 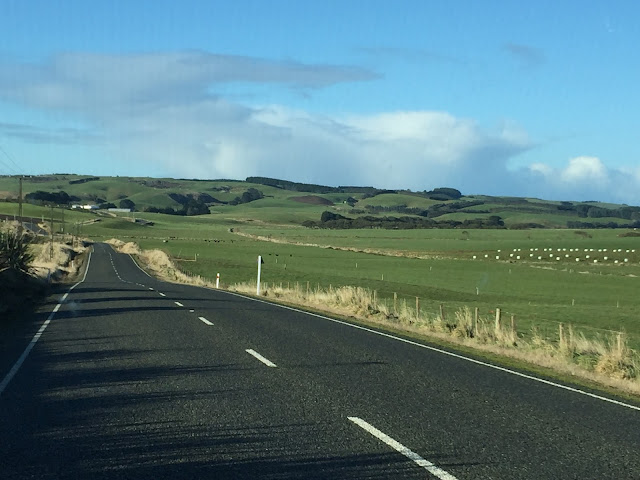 People have lived in the area since around 1350 AD. Prior to European settlement, the region was sparsely inhabited by nomadic groups of Māori, most of whom lived close to river mouths. In the early days of European settlement the area was frequented by whalers and sealers, and saw milling became a major local industry from the mid-19th century until the 1930s. Ecotourism has become of growing importance in the Catlins economy, which otherwise relies heavily on dairy farming and fishing.

Mouth of the Mataura River 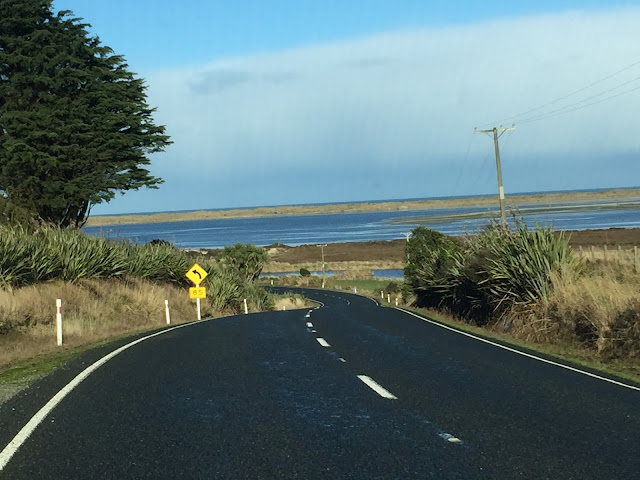 A rugged, sparsely populated area, the Catlins features a scenic coastal landscape and dense temperate rainforest, both of which harbour many endangered species of birds, most notably the rare yellow-eyed penguin. The coast attracts numerous marine mammals, among them New Zealand fur seals and Hooker's sea lions. In general terms the area enjoys a maritime temperate climate. Its exposed location leads to its frequently wild weather and heavy ocean swells, which are an attraction to big-wave surfers, and have also caused numerous shipwrecks. 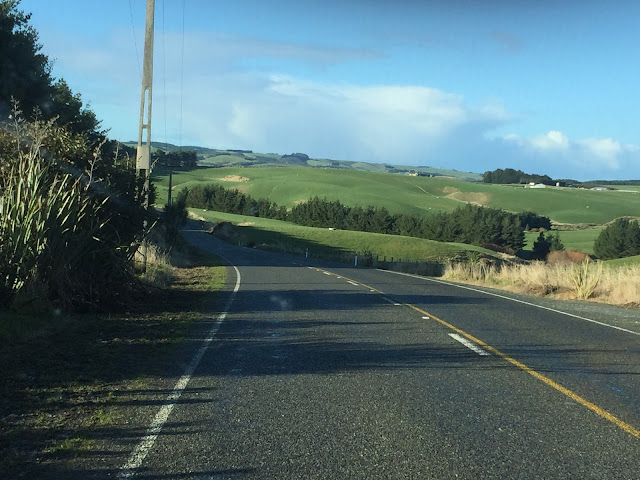 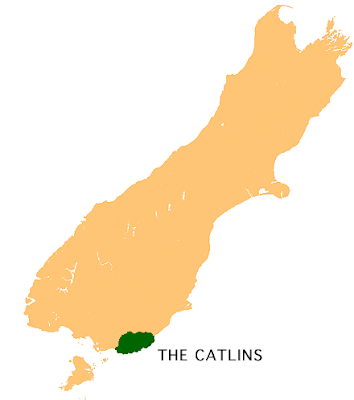 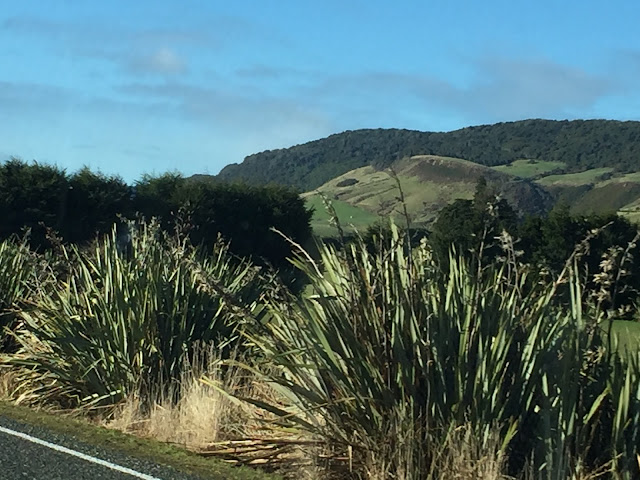 The Catlins covers roughly 730 square miles and is home to just 1200 people. It's a safe guess there are more sheep than humans. 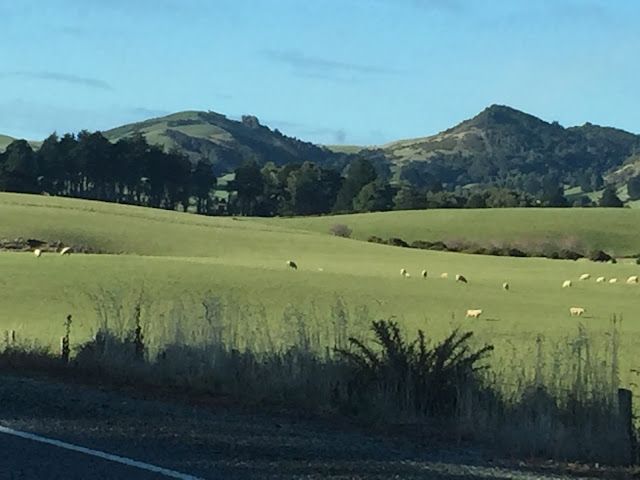 Today we drove partway from Invercargill, stopping in Chaslands, where work will arrive in the morning and then we'll do some exploring. Note the ocean to the south is the South Pacific (if reading in email, click here to view map). 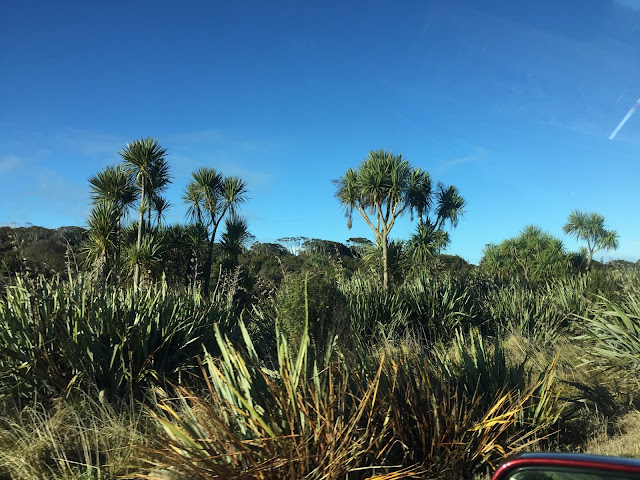 Its rolling hills give it the sense of a storybook land. We felt lucky to be driving on a vivid sunny day. 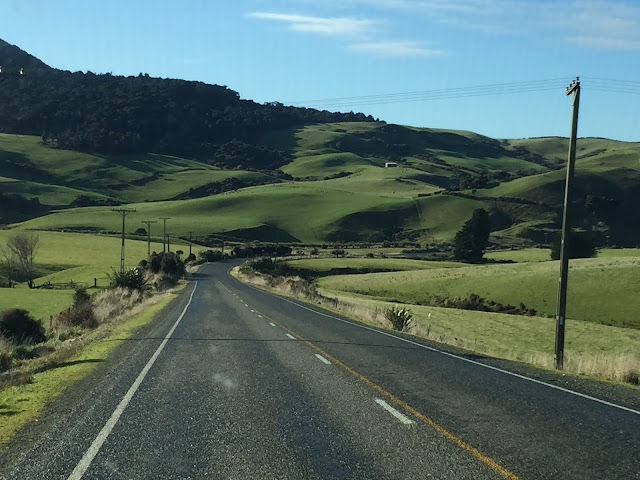 A tumbledown house, the brick chimney all that remains. Wouldn't you love to know the stories told around that fire? 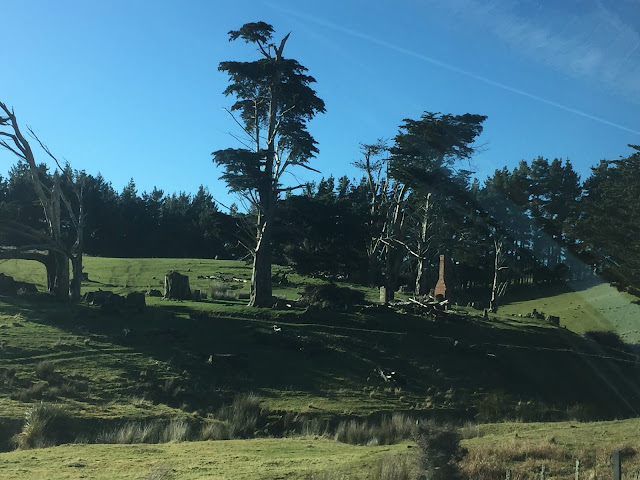