Here's a quick vid of the aptly named Cape Foulwind, just south of Westport on the west coast of NZ's South Island. Expansive beyond the eye's ability to take in. (If you can't view it, click here.)


Today we walked it in weather that alternated bruisy grey and sparkling blue. A warm 60 degrees F when we awoke, the day only got better. 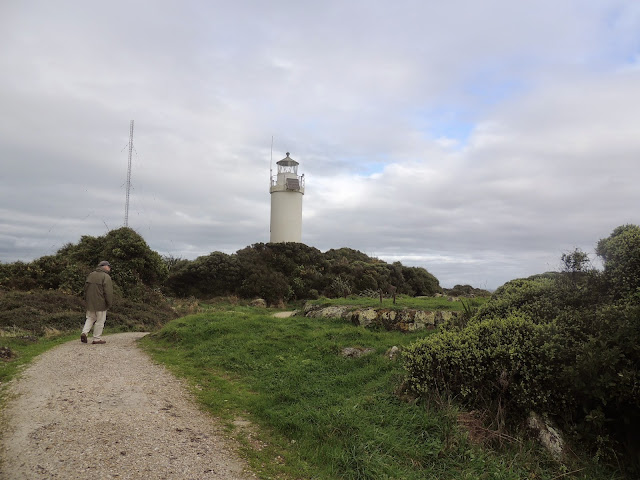 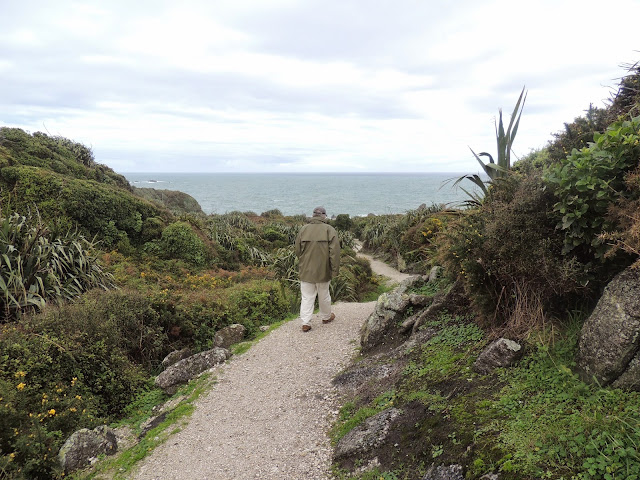 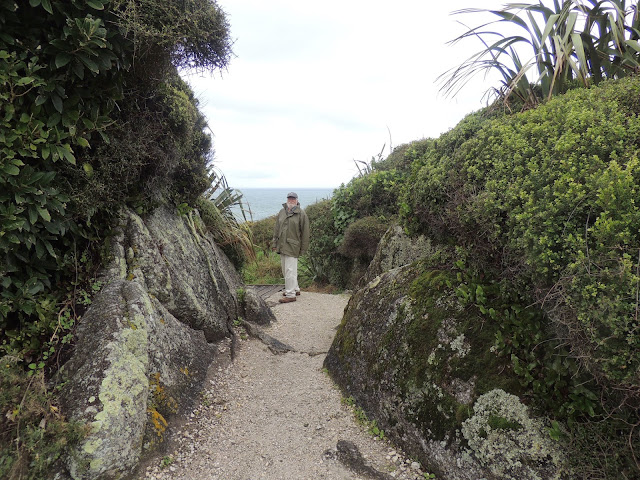 Around each bend, fresh glory. 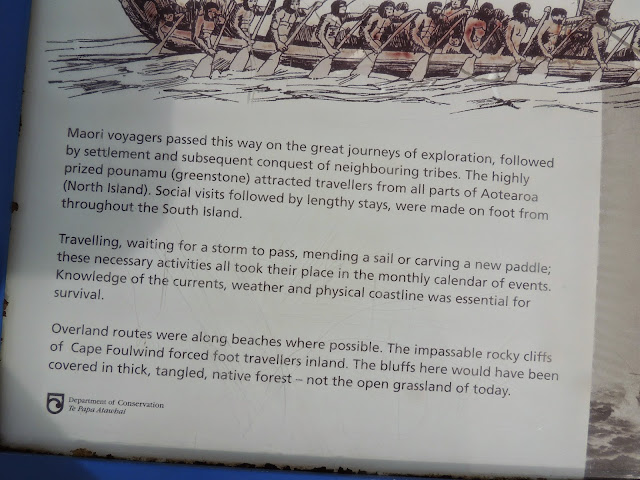 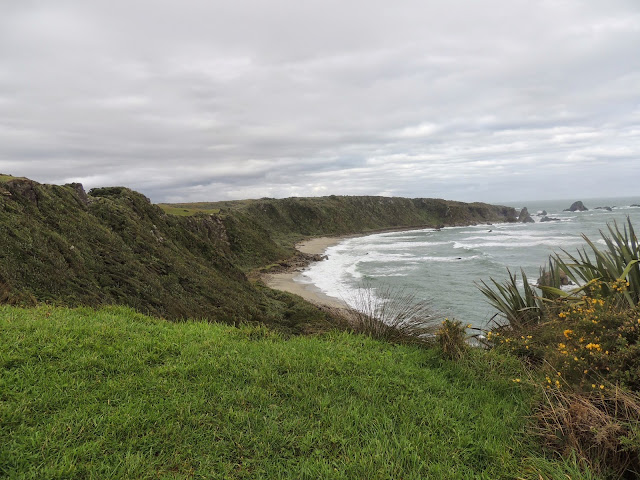 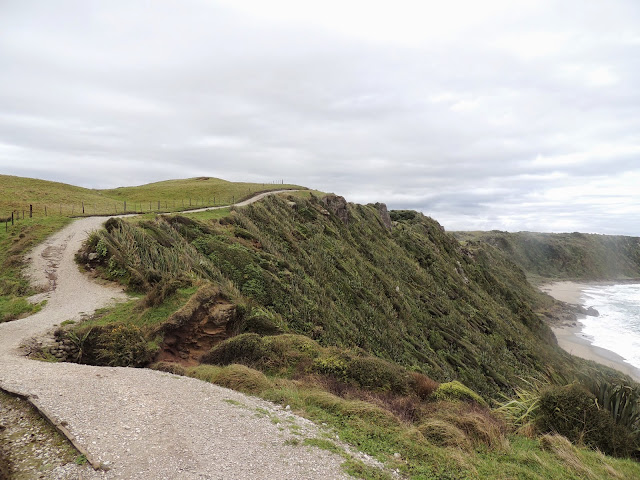 A far cry from GPS 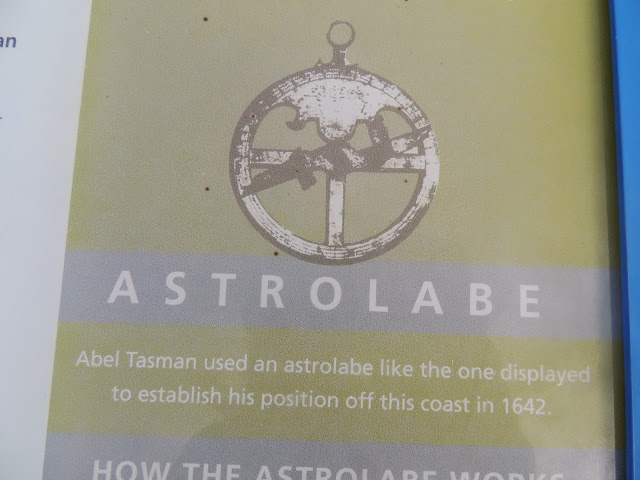 We met a group of walkers coming our way, led by the affable Nigel, who told us there was someone from Chicago in his posse. And so there was, a retired ladycop--from the 14th district, naturally, because we only meet people here who frequented our neighborhood. 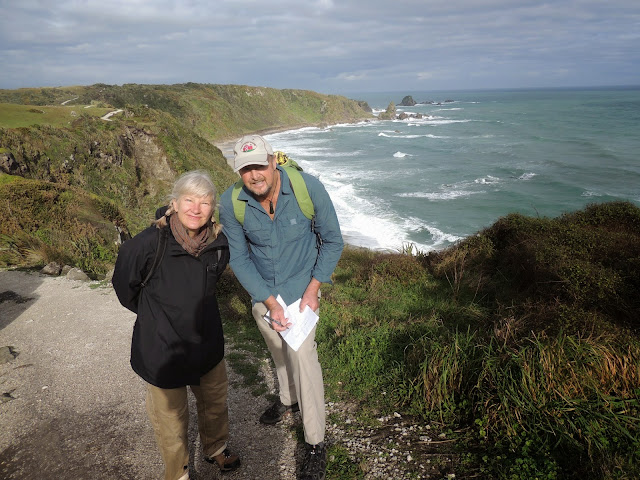 Can you excuse the too-many pictures? I was overcome, the monster breakers mesmerizing. 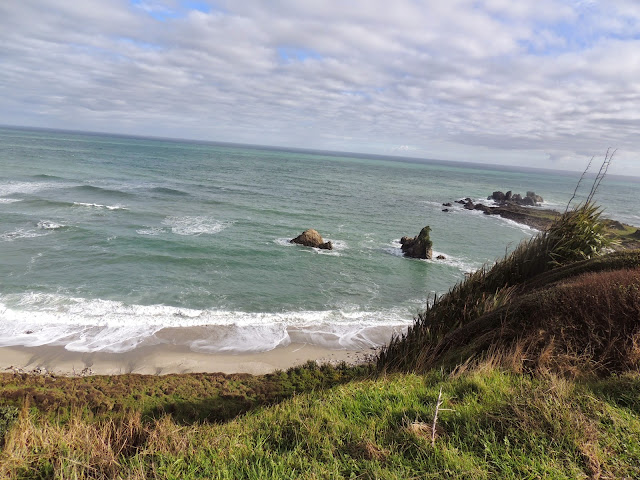 Also, what is it about horses whose manes and tails are blowing the in breeze. Wished I had a carrot for this new friend, who snuffled right over the fence for some sugar. 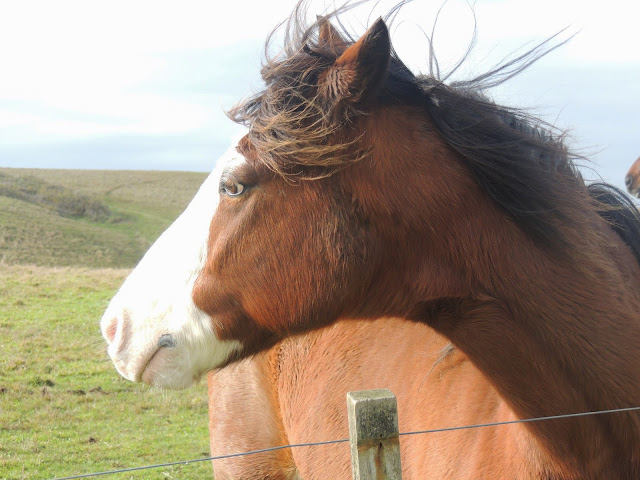 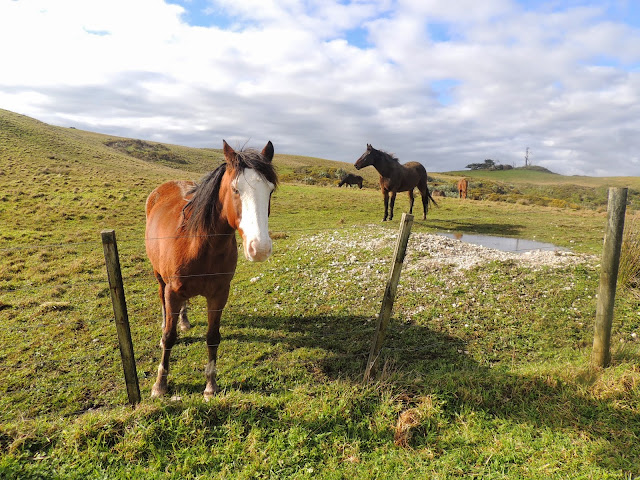 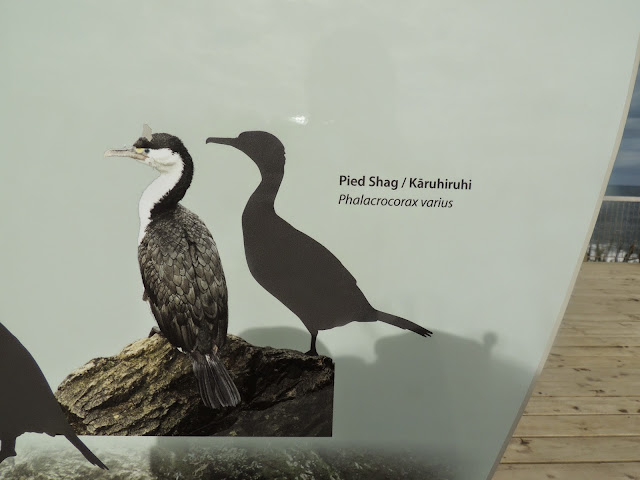 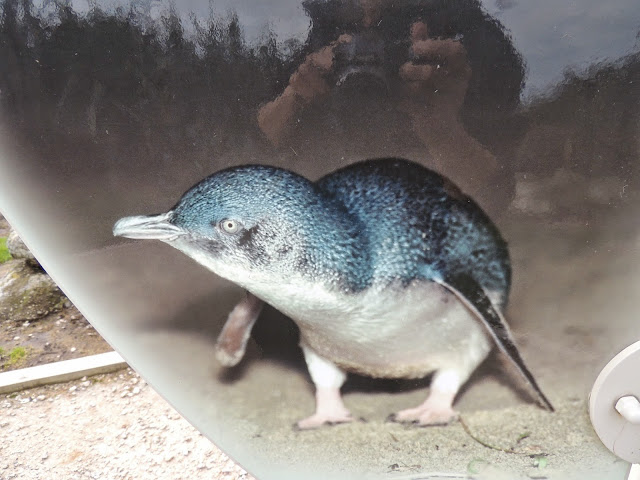 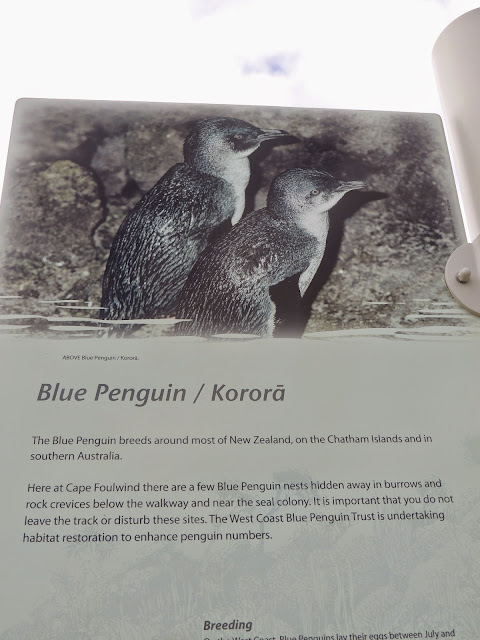 Dogs appear to be Public Enemy #1 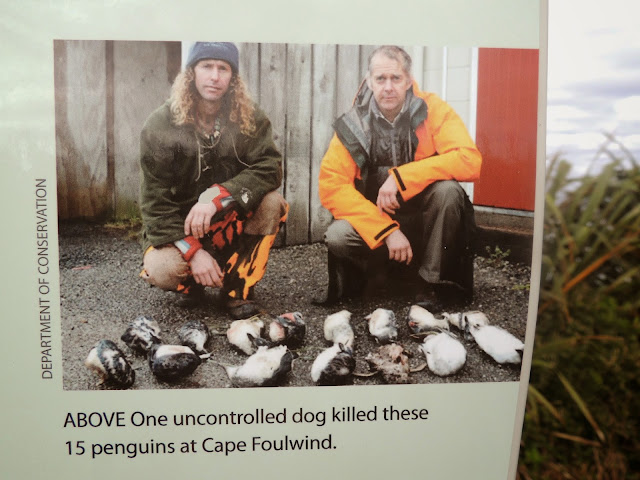 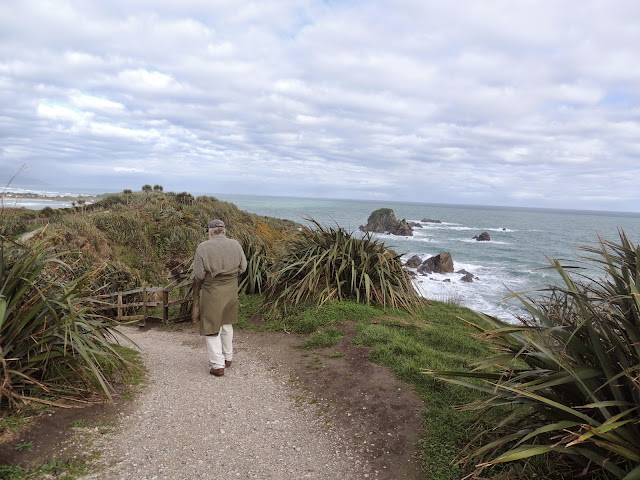 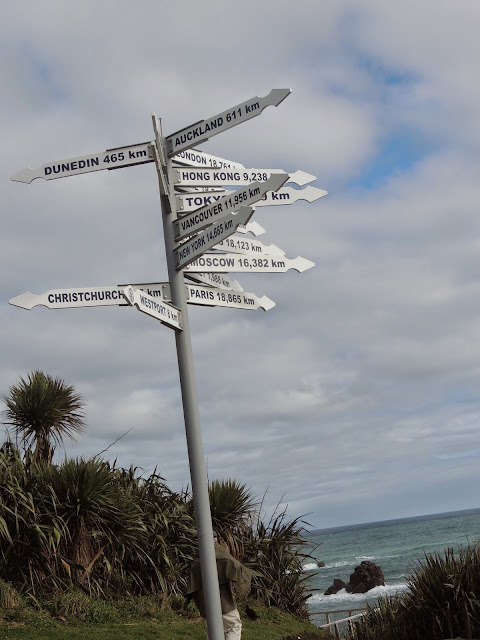 Thank buddha for long lenses. Here's what you see at the seal overlook. 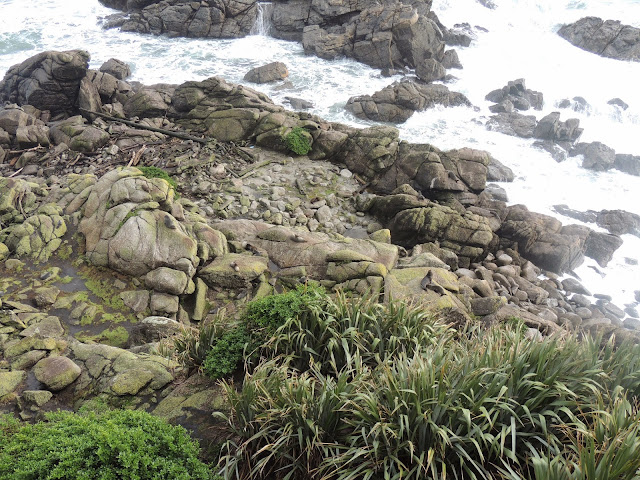 Come a little bit closer, though, and these Olympic swimmers sharpen up. It's a privilege to view them from a distance that keeps them safe. A fur seal can swim 30 km per hour in short bursts and cover enormous distances. Fur seals tagged as pups here on the west coast have been seen all around the coastlines of NZ, on outlying islands, and in Australia, more than 2000 miles away.

NZ fur seal, known to Maori as Kekeno
For Maori, Kekeno were an important food. All parts were useful: the meat was eaten, the fat used for medicine, and the skins occasionally for warm and waterproof clothing. Teeth were crafted into fishhooks and bone was used for hooks, spear points, and decoration such as necklaces. 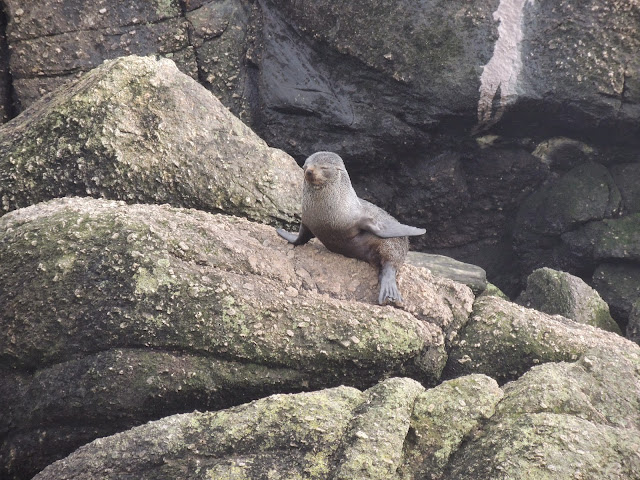 Pups are born in December and weaned by September.
Then it's a diet of squid, lanternfish, and octopus. 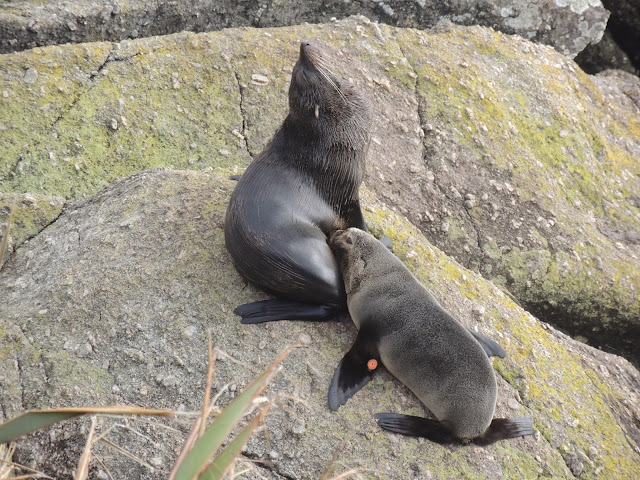 Note red tag on the youngster above... 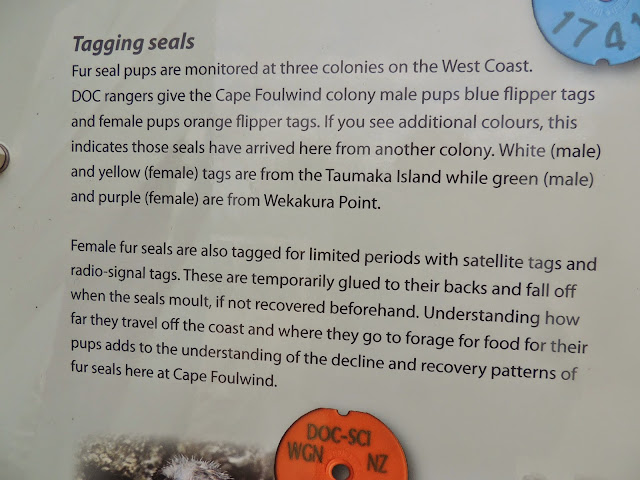 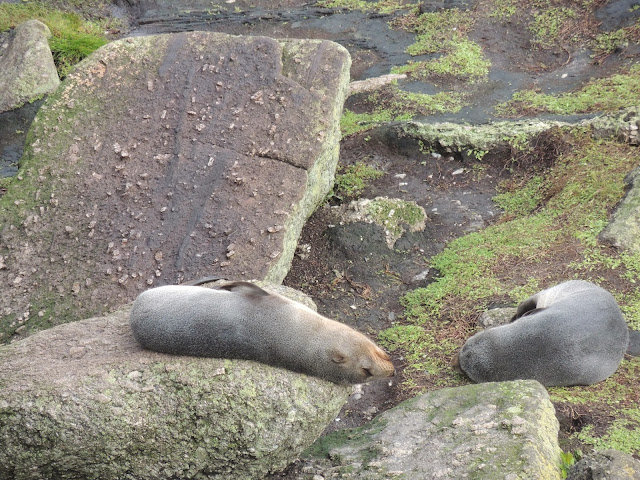 We walked the path in reverse and headed (with wheels) to a cafe our camp host recommended. It was memorable. More tomorrow. 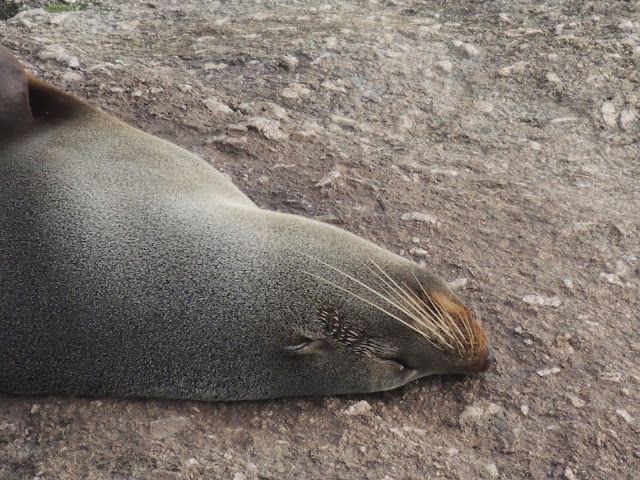