The NZ Department of Conservation says of Paparoa National Park: Luxuriant coastal forest, limestone cliffs and canyons, caves and underground streams, and an absolutely spectacular coastline, all packed into one national park.

In fact the drive from Westport to Punakaiki, where we're camping, was rated by Lonely Planet as one of the world's top 10 coastal drives. Little wonder when you see vistas like this, taken on our walk back from Pancake Rocks. (And that's the road, right there. Reminiscent of another top 10 drive in California. 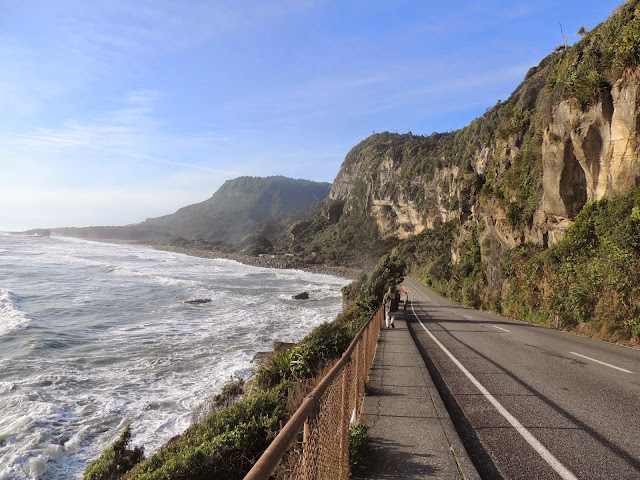 We walked to Pancake Rocks from our campground on a sensible sidewalk along the road, the Paparoa National Park to one side and the water to the other. 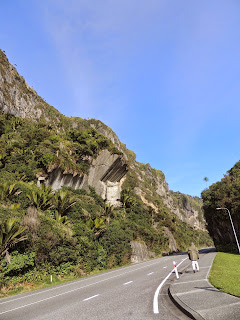 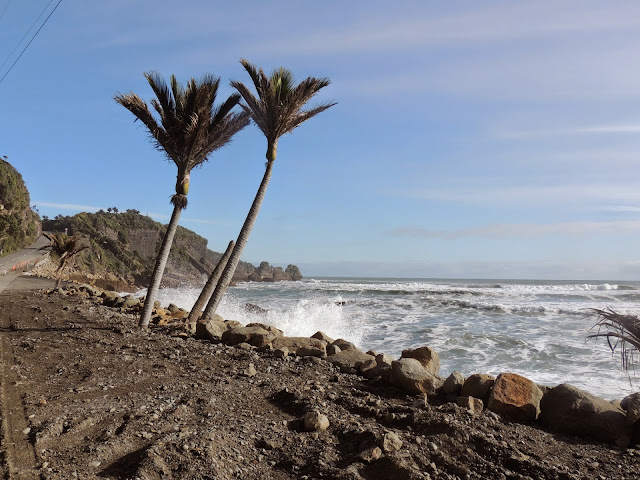 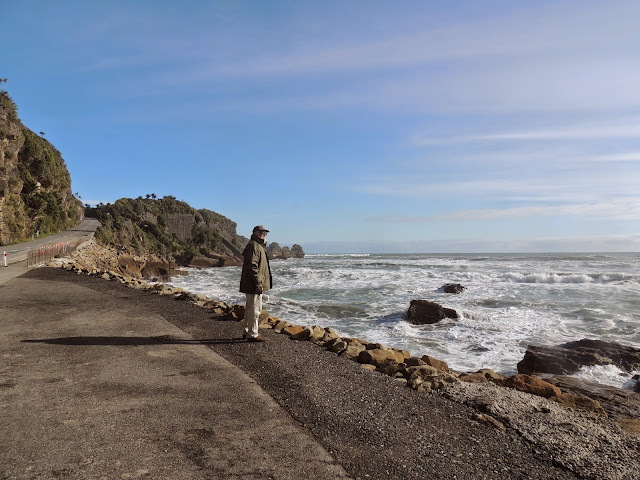 Along the way, a tiny free library. 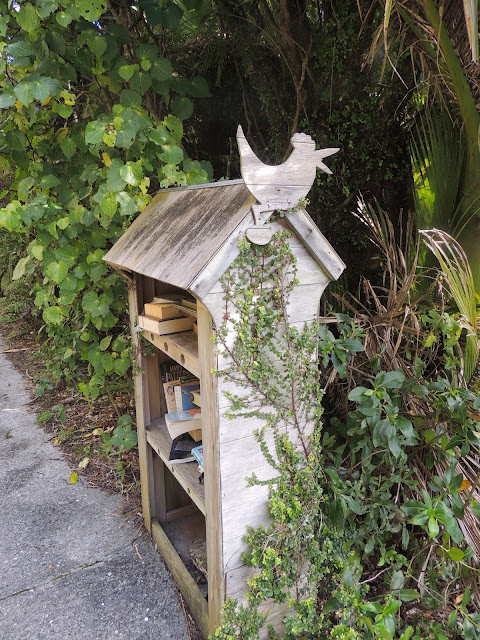 The enormous swells that batter the coast at Pancake Rocks have eroded the limestone, sculpting it into towering chimneys, caves, and leftovers. 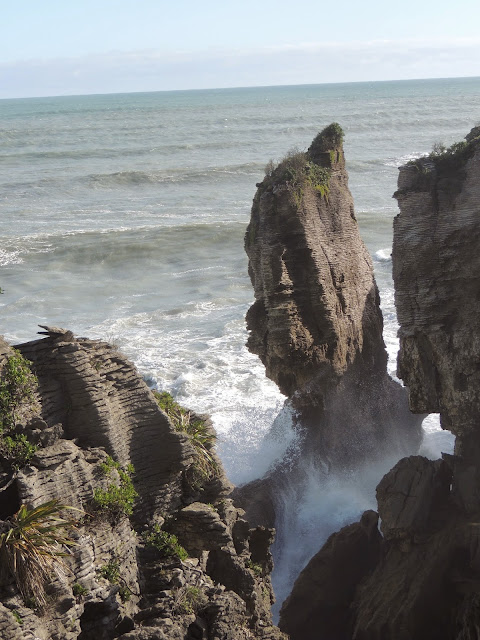 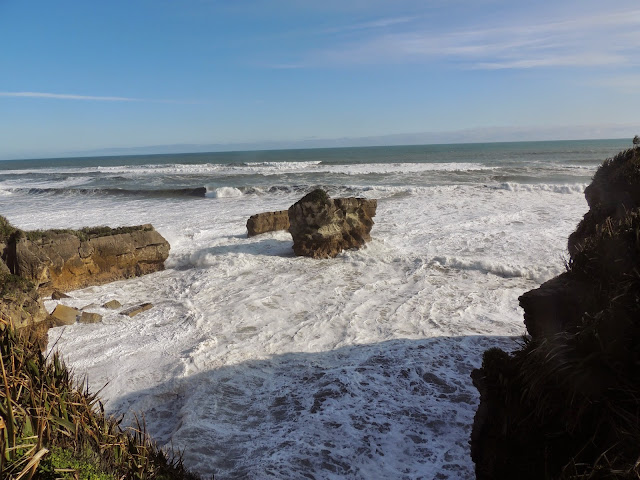 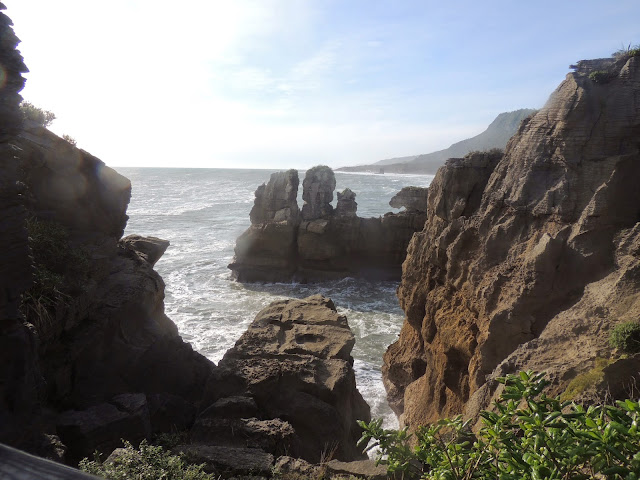 This is why Pancake Rocks: 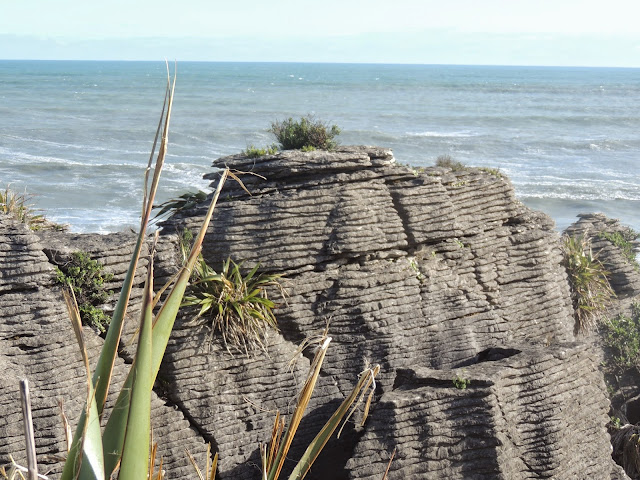 At high tide, a roiling cauldron called chimney pot spews a geyser of spray high into the air, transient rainbows catching the droplets before retreating. It's difficult to photograph without wrecking your camera, but I was standing where this woman is when a geyser formed, showering me and a guy making pictures with a massive water douse. We laughed out loud. 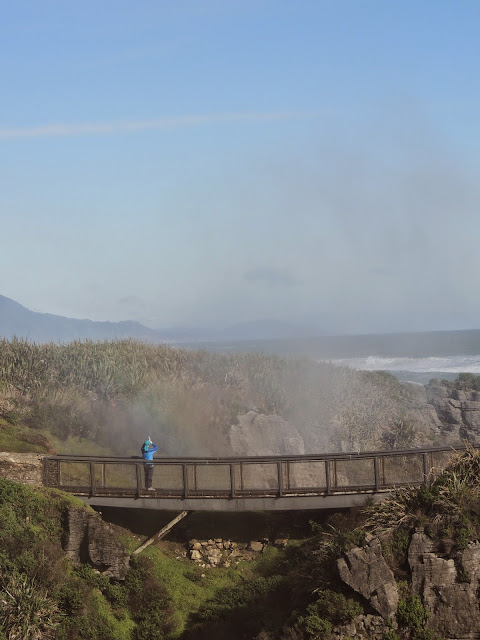 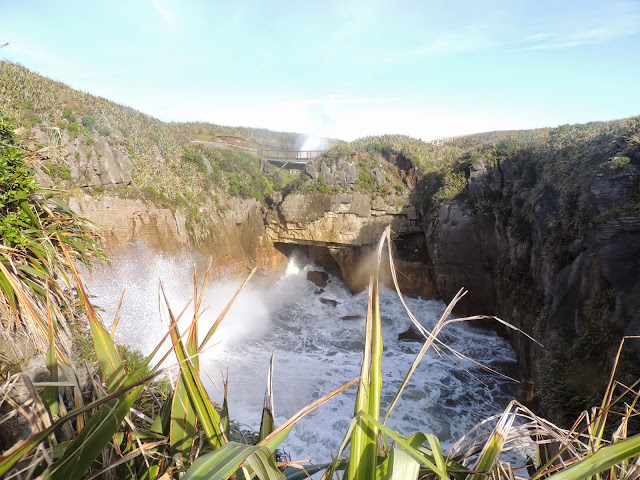 After the walk, where else would we go but the Pancake Rocks Cafe. NZ is so civilized, with creative cafes all over. 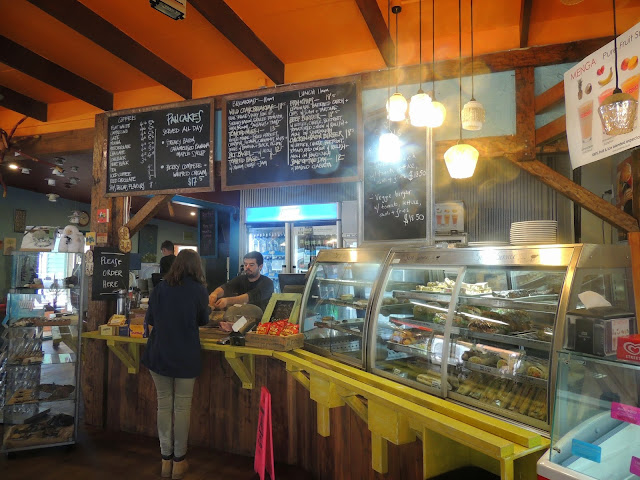 Finally, to answer the question many have been asking: what's the difference between a latte and a flat white? You'll be happy to know the Queen of Flat White Nation has anticipated your queries. Click here for more than you ever wanted to know.

Also contentious is where it was first created. I'm going with NZ.


You probably think you have the Australians to thank, given their excellent coffee and avid promulgation of the flat white gospel. But as legend has it, the flat white was invented in Auckland, New Zealand. As the ex-owner of a now-defunct café used to tell it, DKD Espresso, which has since abandoned its retail location in order to focus on craft roasting, made the first flat white. Whether that is true or not, the fact remains that Aucklanders know from making — and drinking — coffee. The flat white, creamy rather than foamy, with optional art, is ubiquitous in New Zealand. 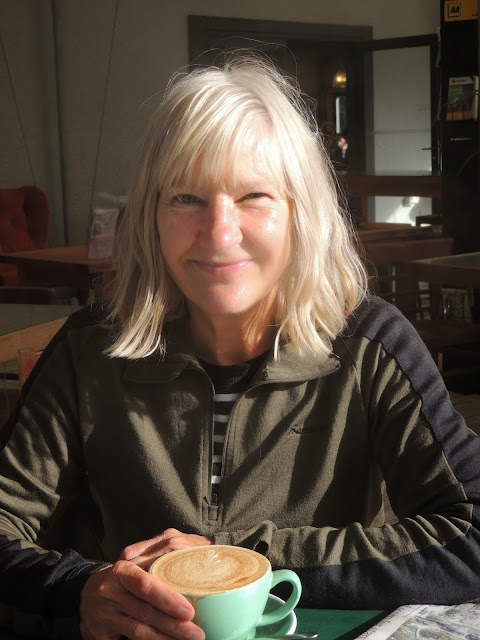