Two ideas I never thought I'd put together in a headline, but Jester House is anything but conventional. Named NZ's best cafe in 2013 (and possibly 2014 too), it was all that and more. 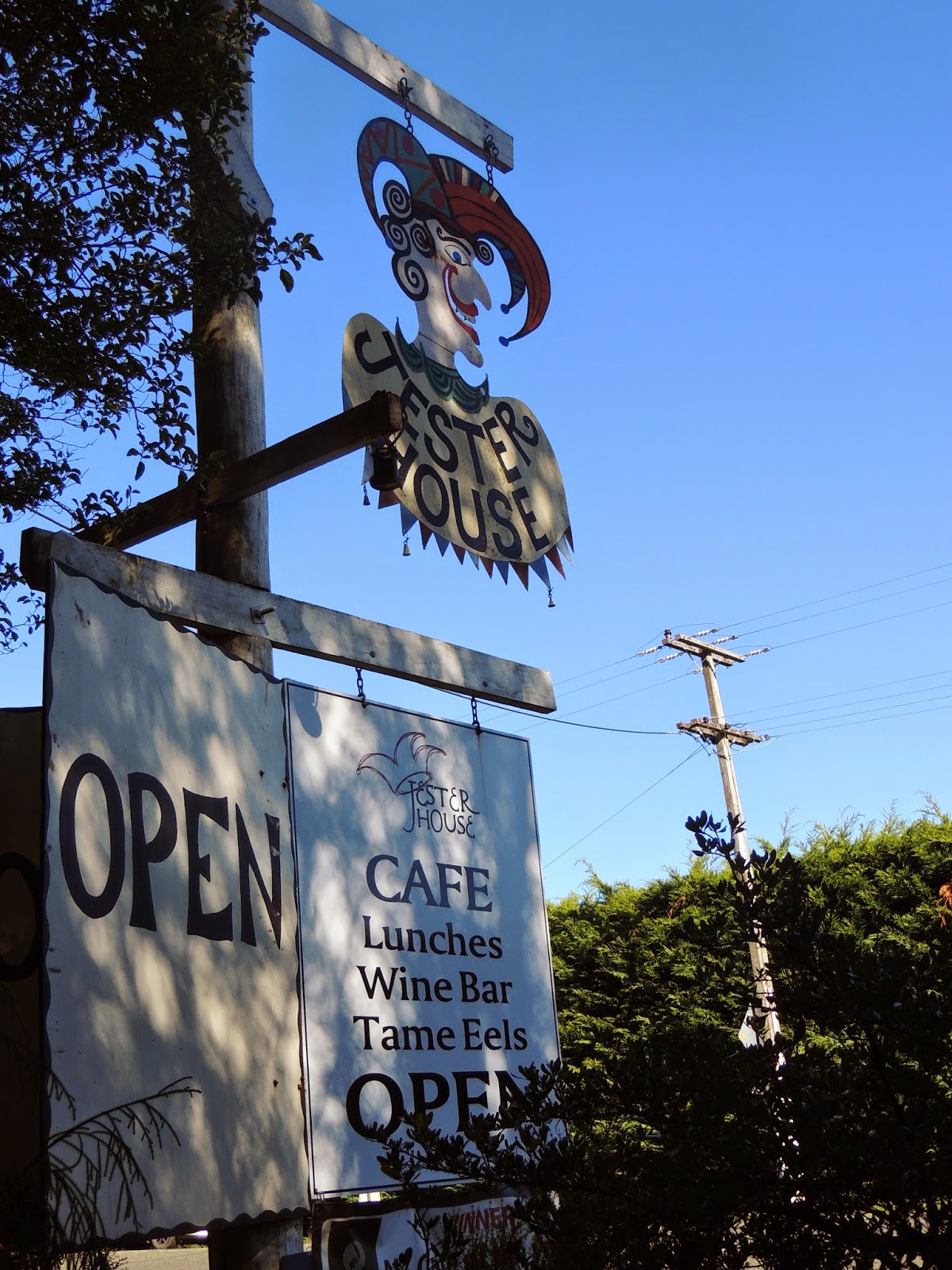 Crossing the Aporo stream to the cafe. 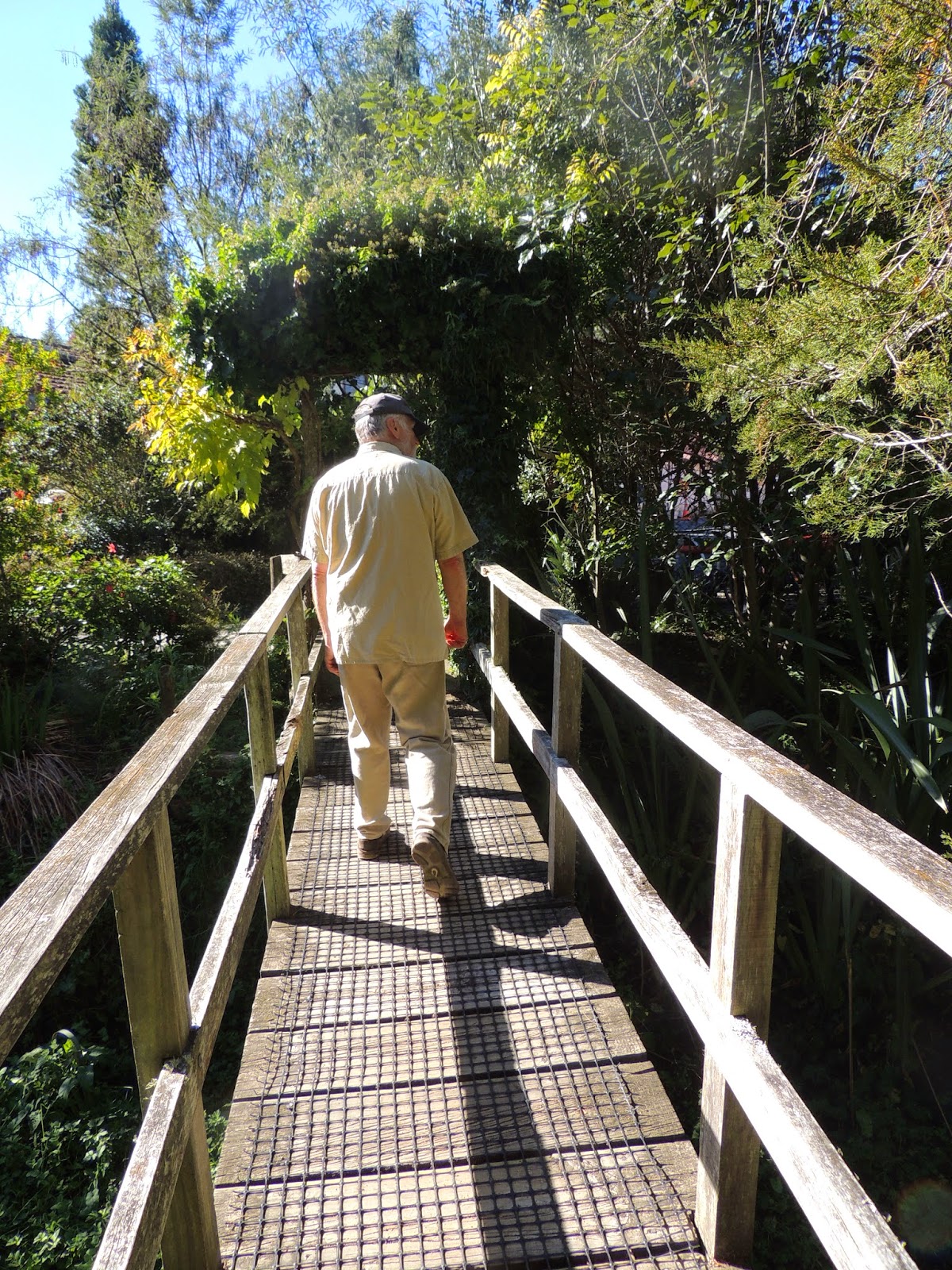 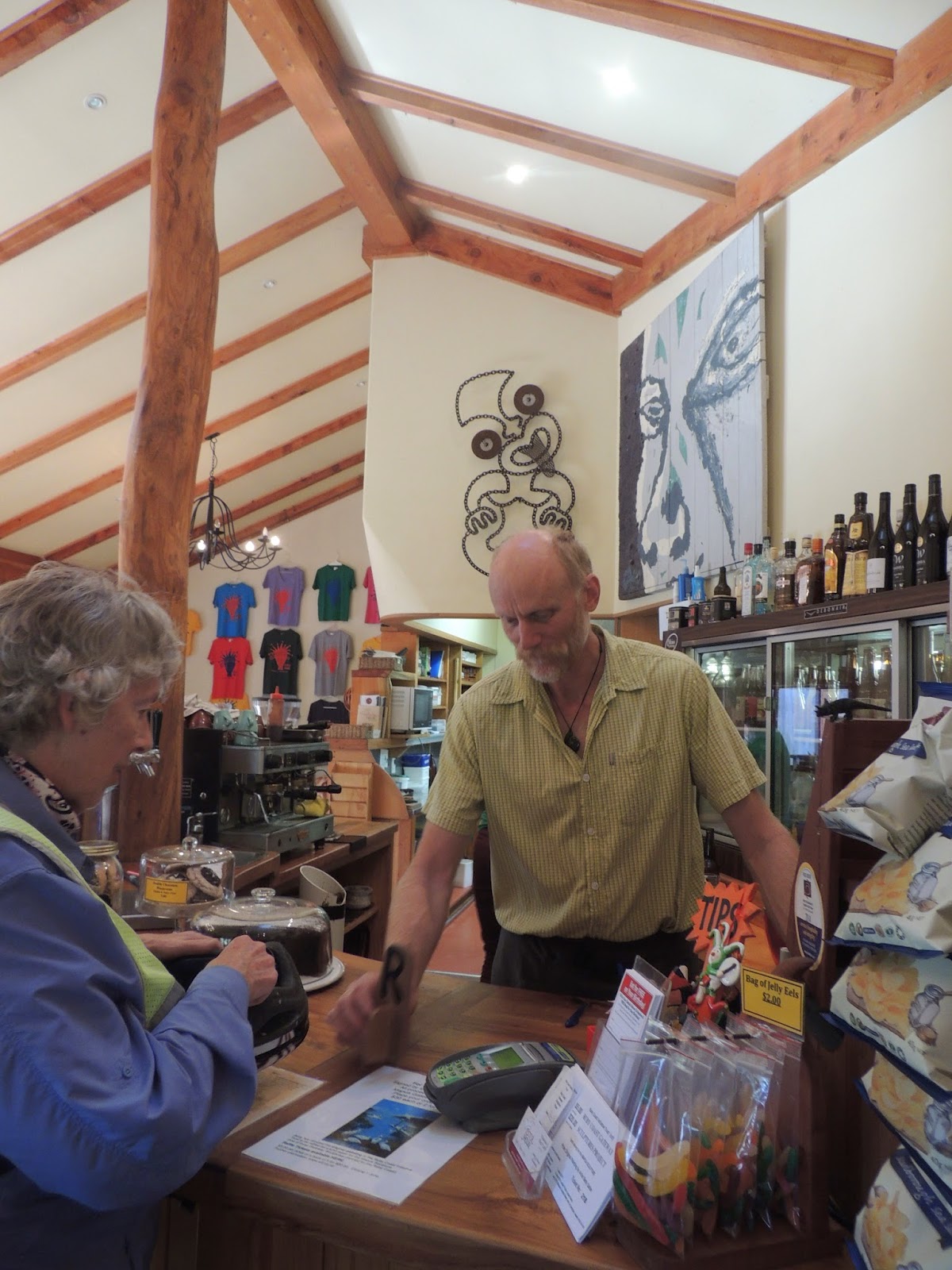 It's a tempting counter... 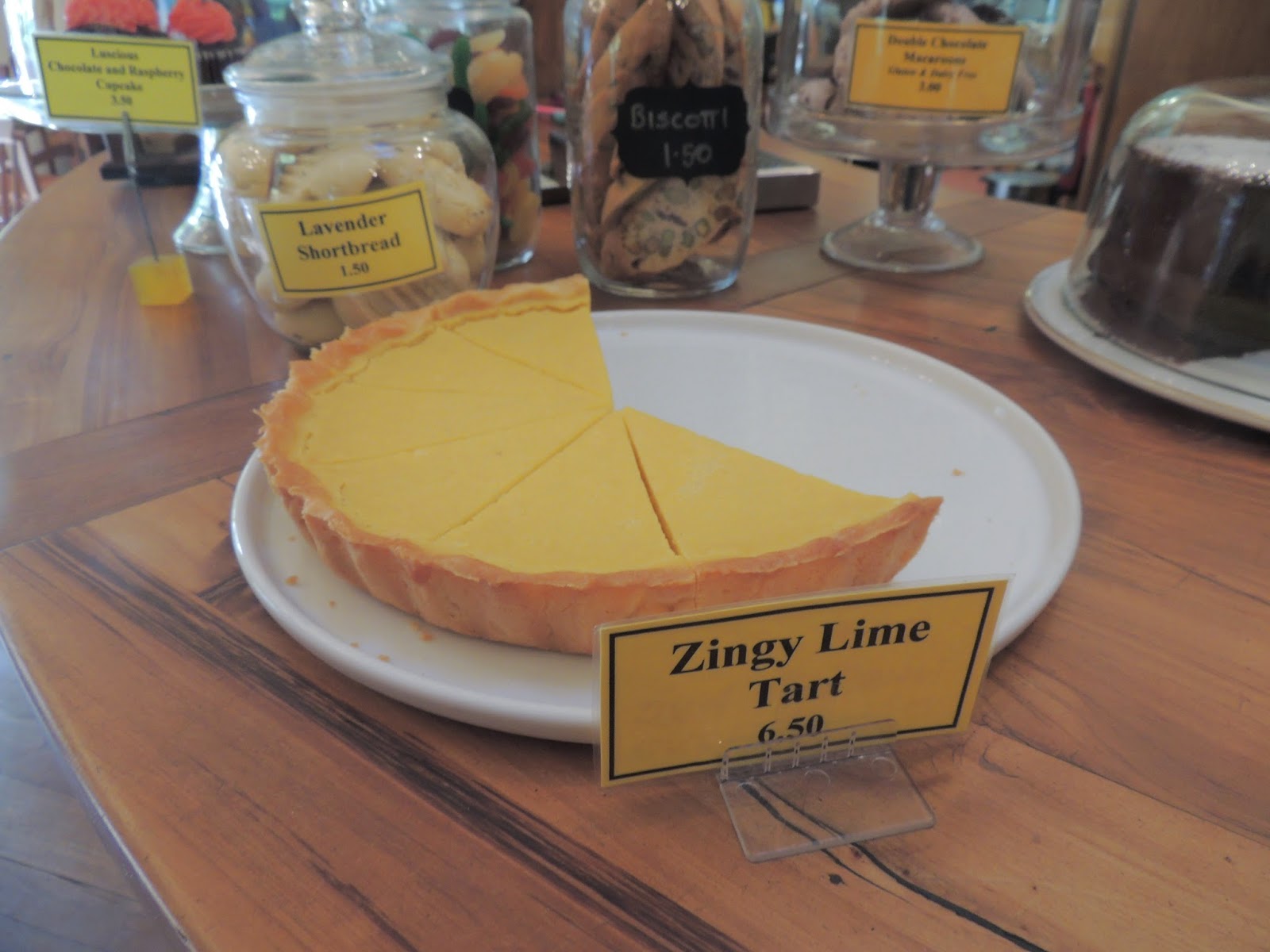 Seating is whimsical and scattered throughout the lovingly tended grounds. 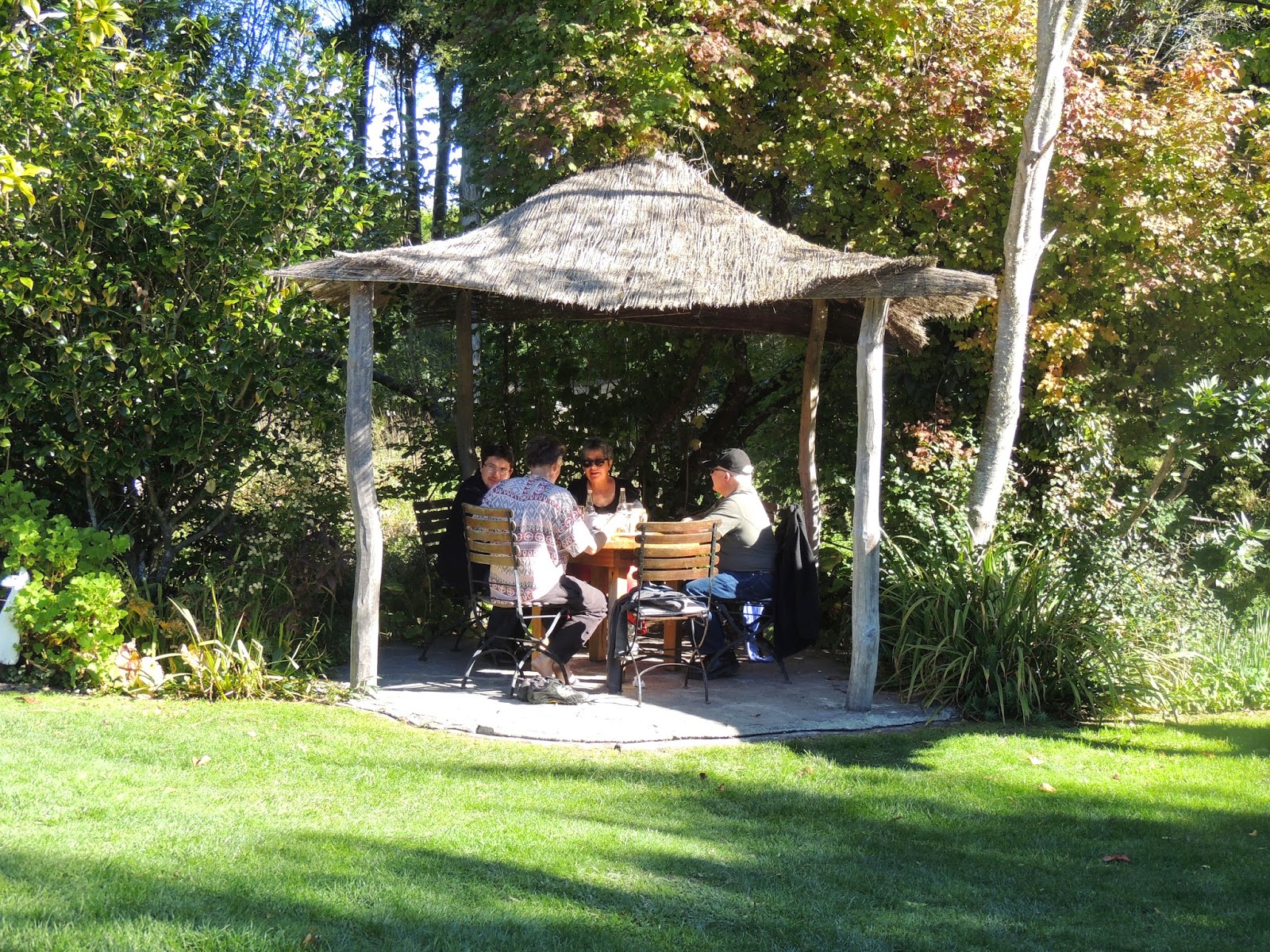 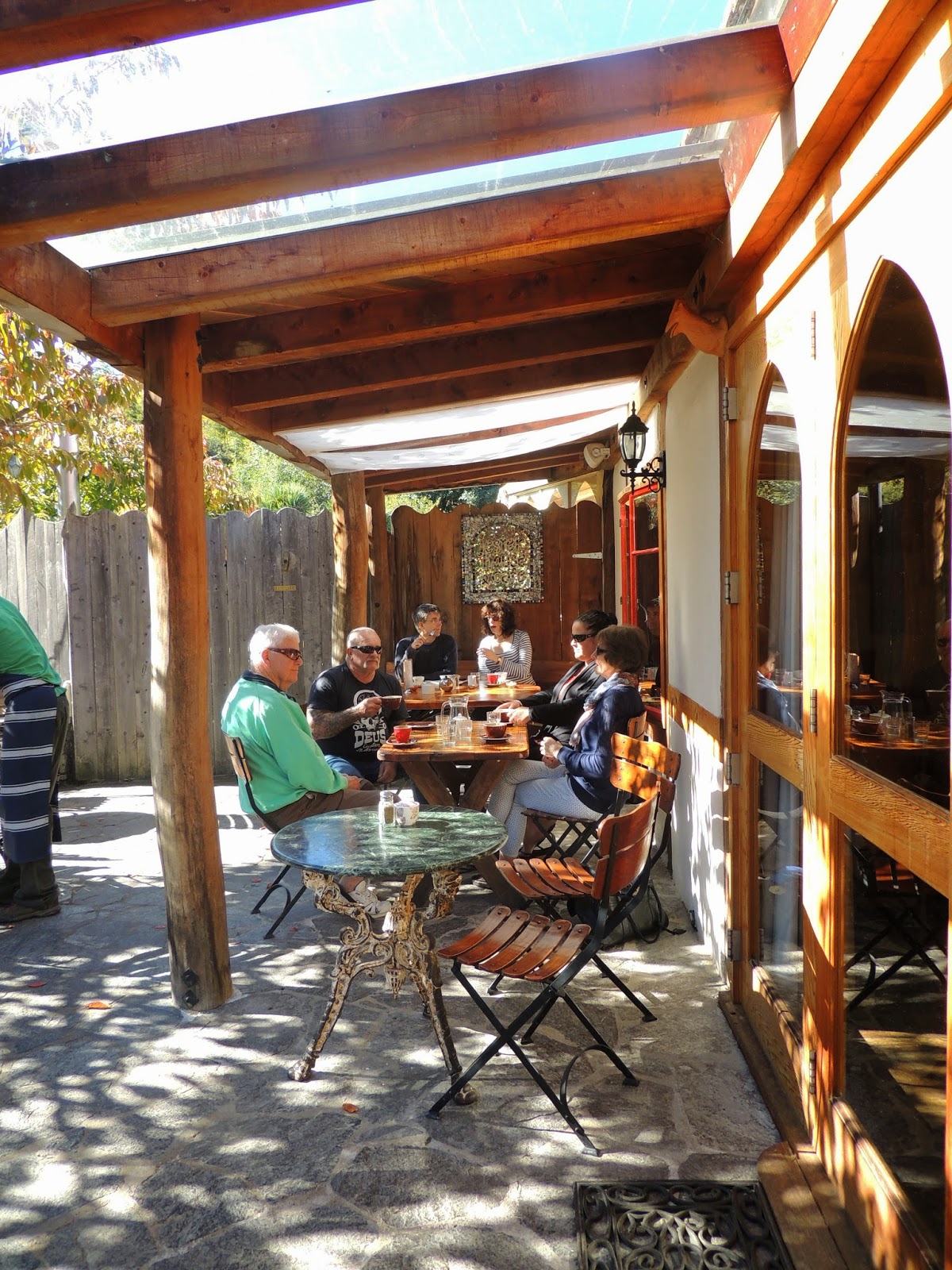 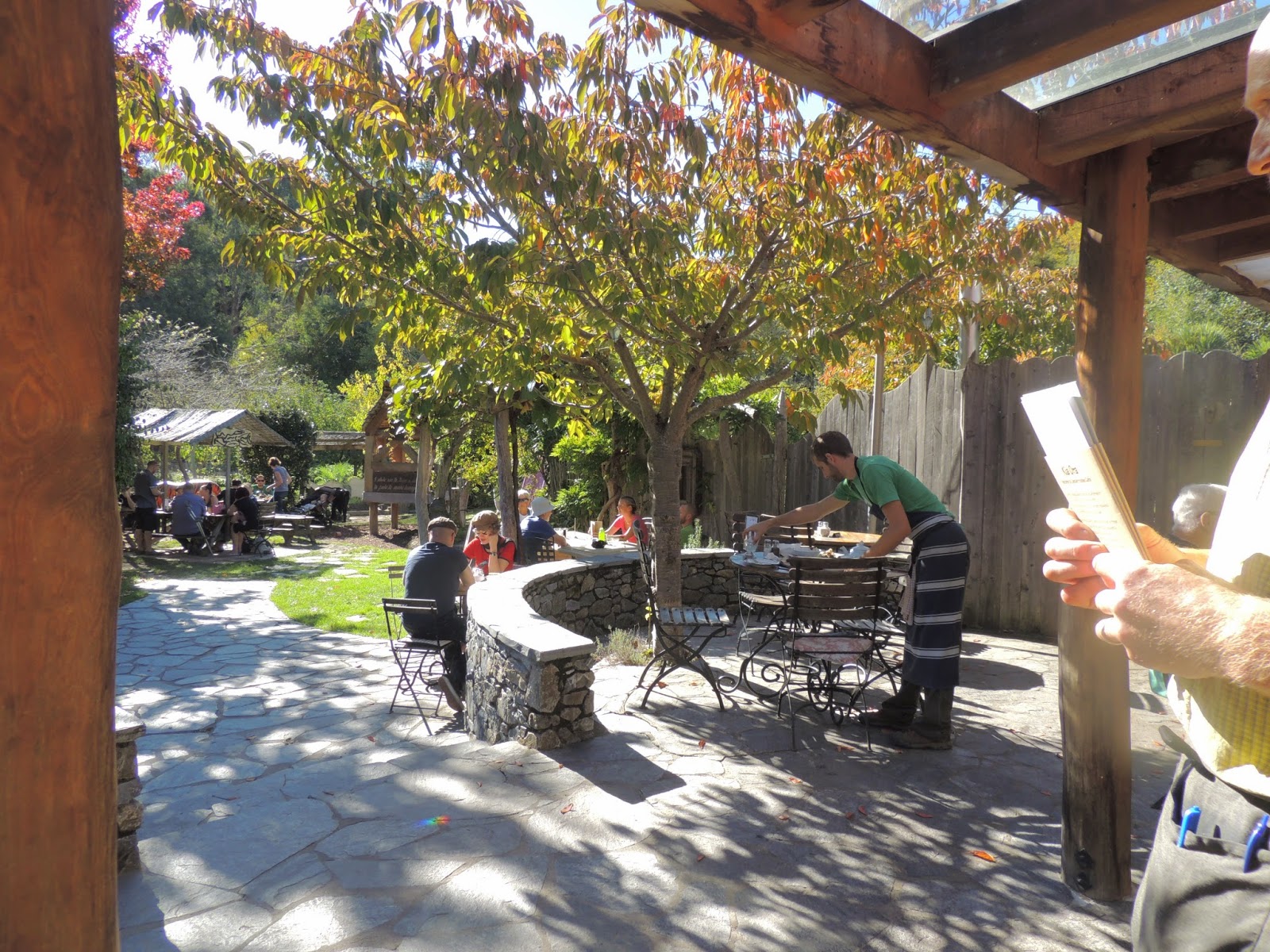 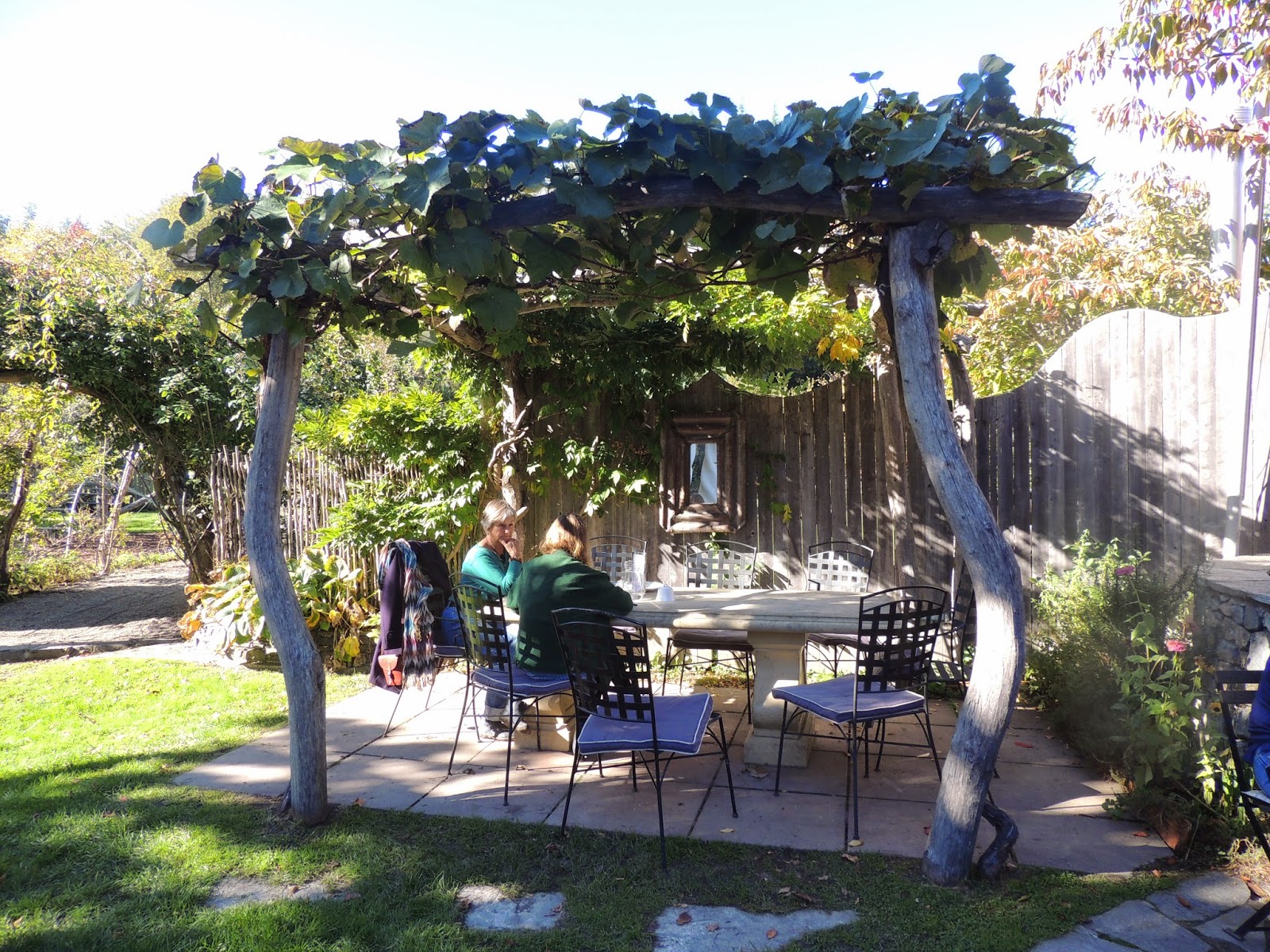 Pan-fried gurnard (remember?) drizzled with a creamy sauce, potato, and salad (and a bloody). Immensely delicious. 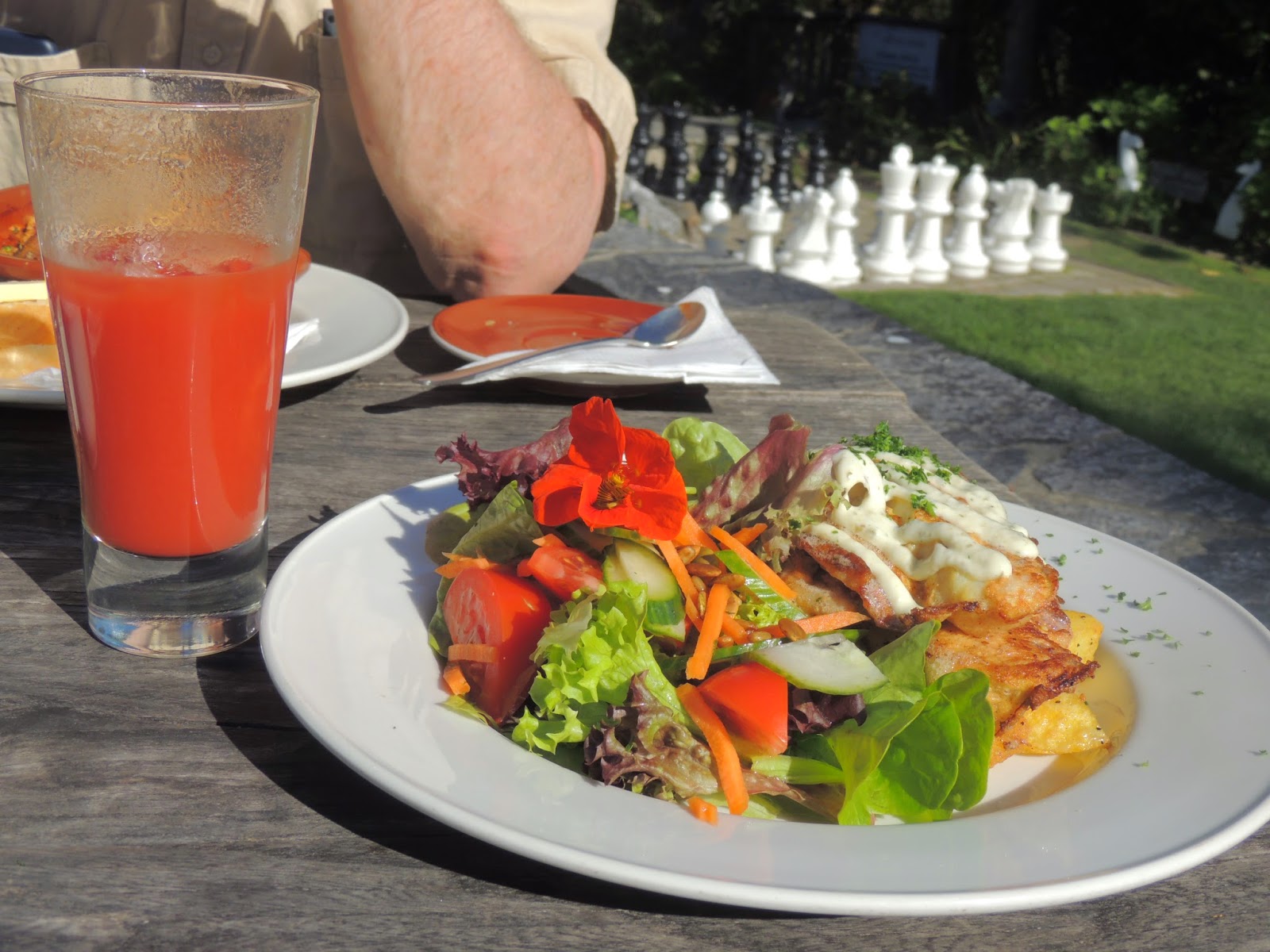 For Art, a dreamy cassoulet, with homemade sausage, favas, and chicken 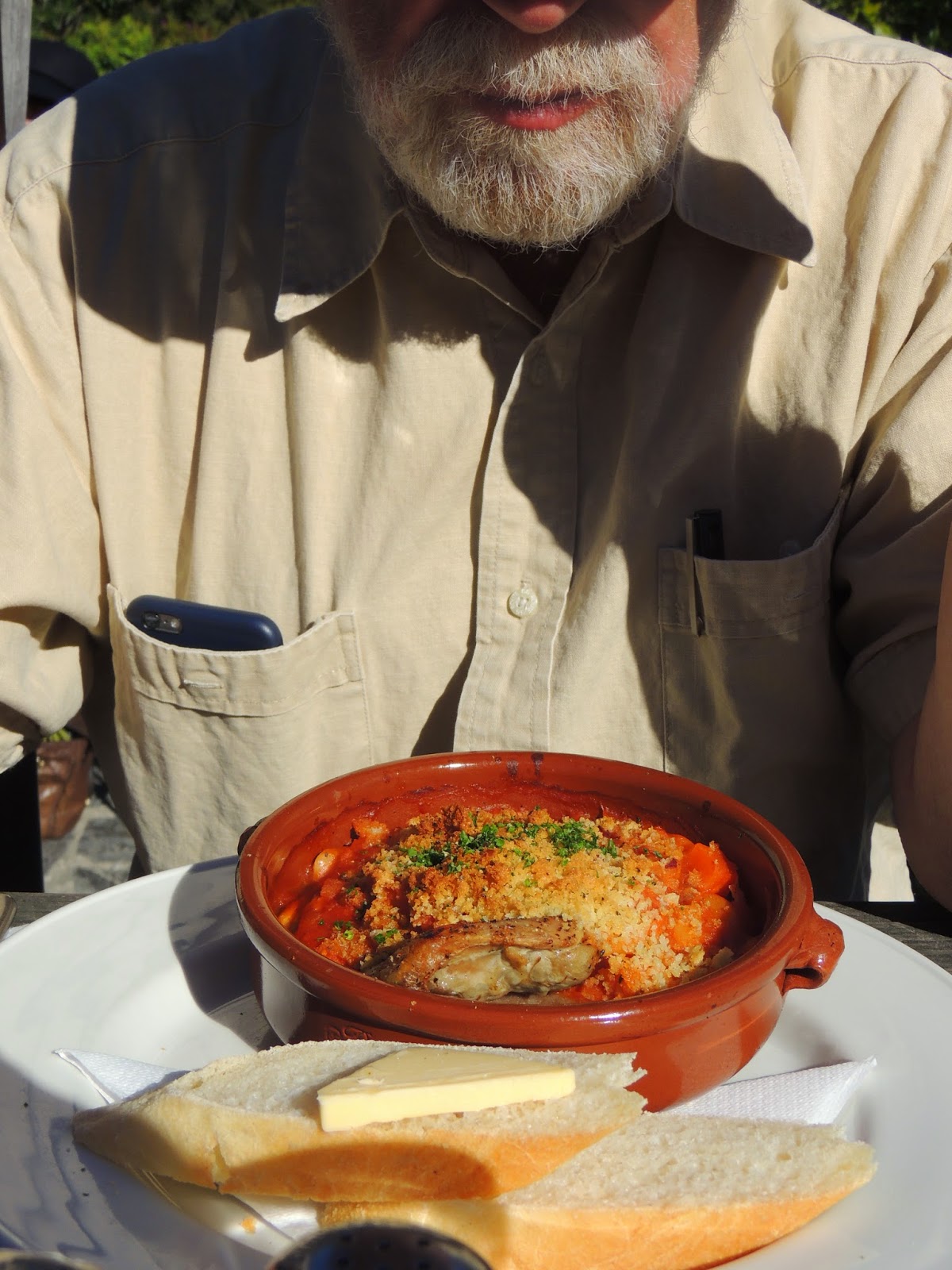 The grounds at Jester House are filled with amusements, including a large chess board, wooden carvings like the chimes Art's playing below, and, out back, a cool house. 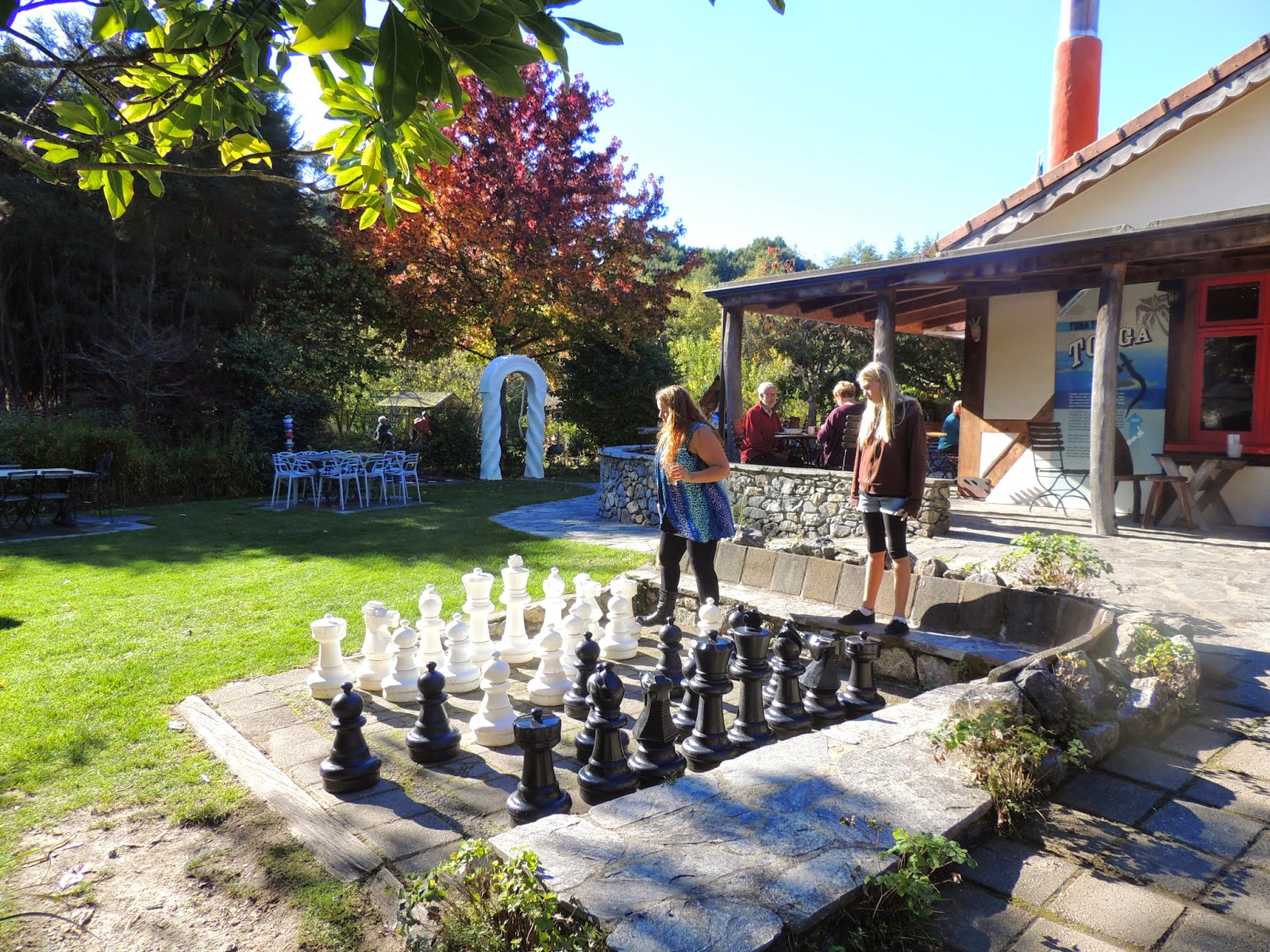 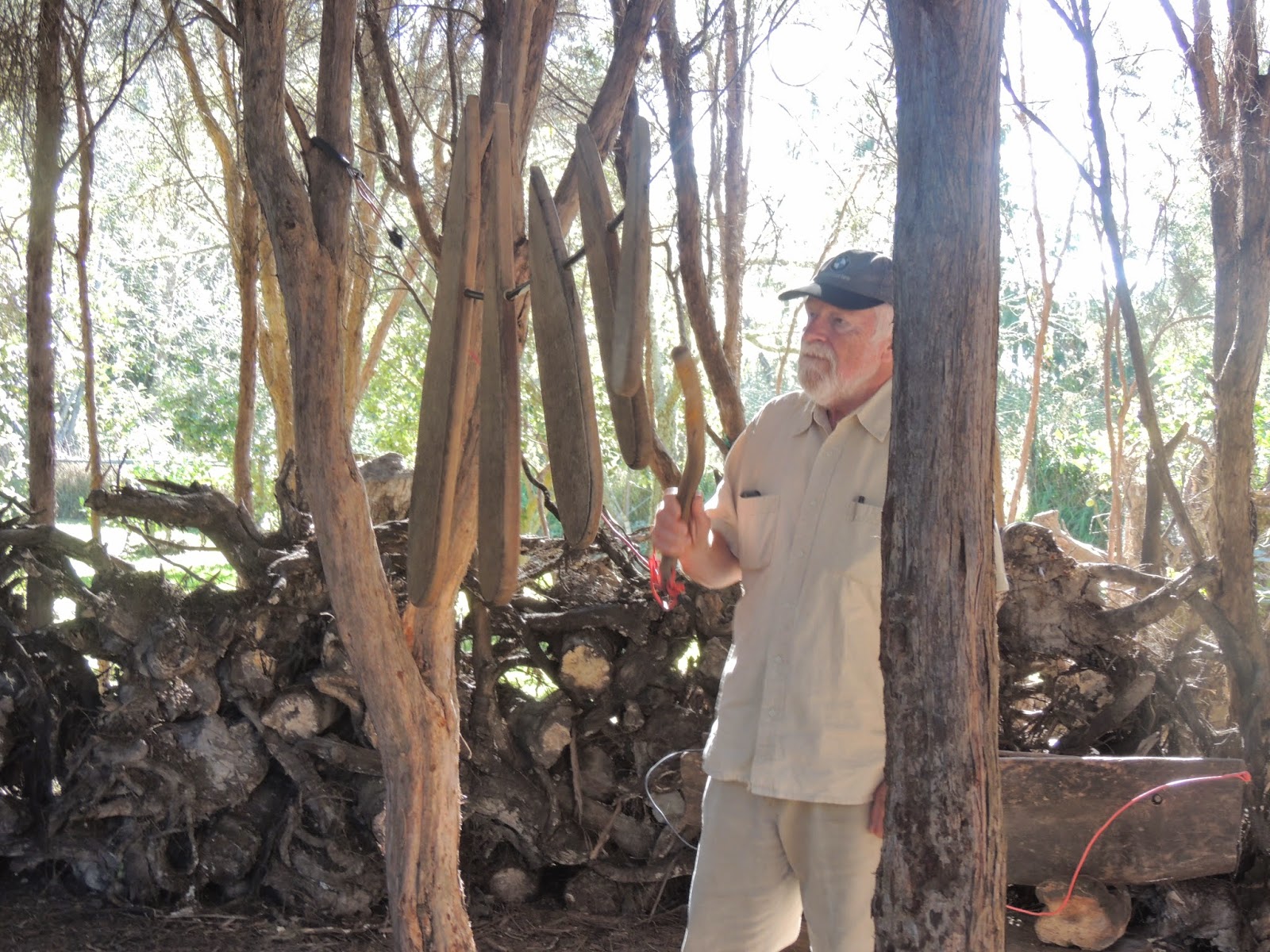 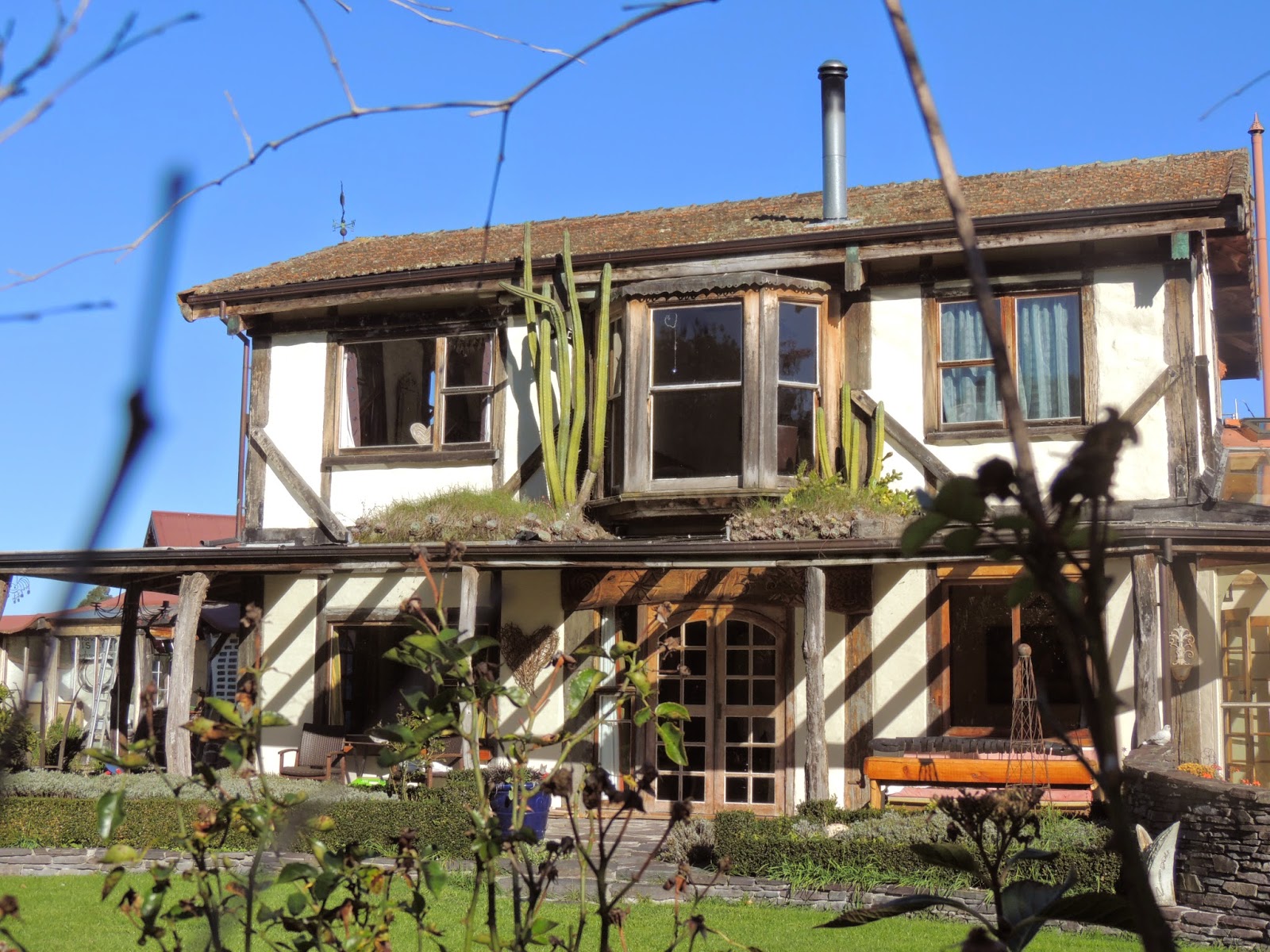 Also, an allegedly romantic boot-shaped cottage, which, at $300 per night, costs more than my actual boots. 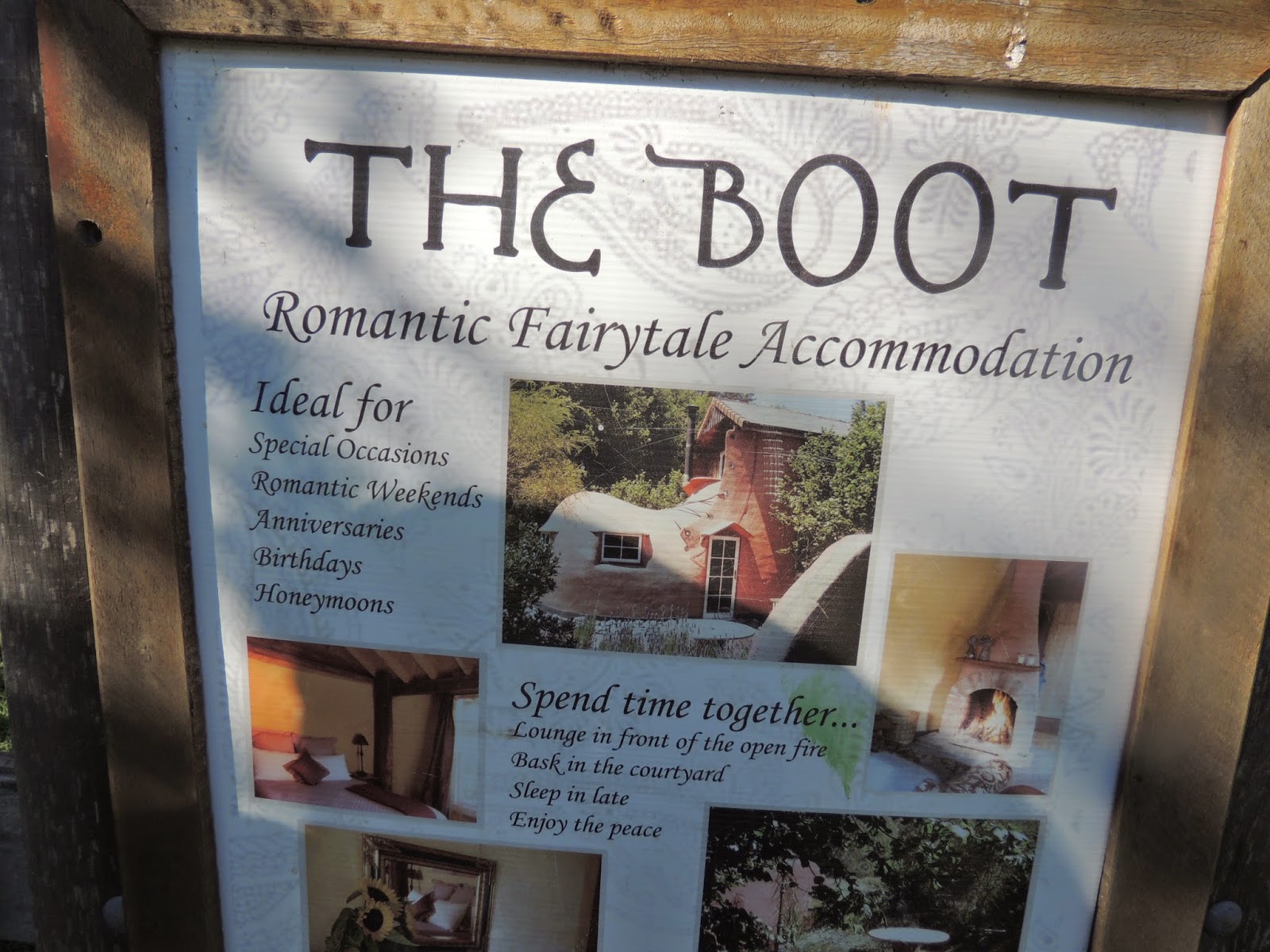 Eel alert!
If you want to feed them, you purchase a small cup of chopped raw chicken (who knew eels were carnivorous?), which comes with a Popsicle stick. You'll see. Even if eels make you squeamish, there's a smart kitty in this story, too, who takes center stage. 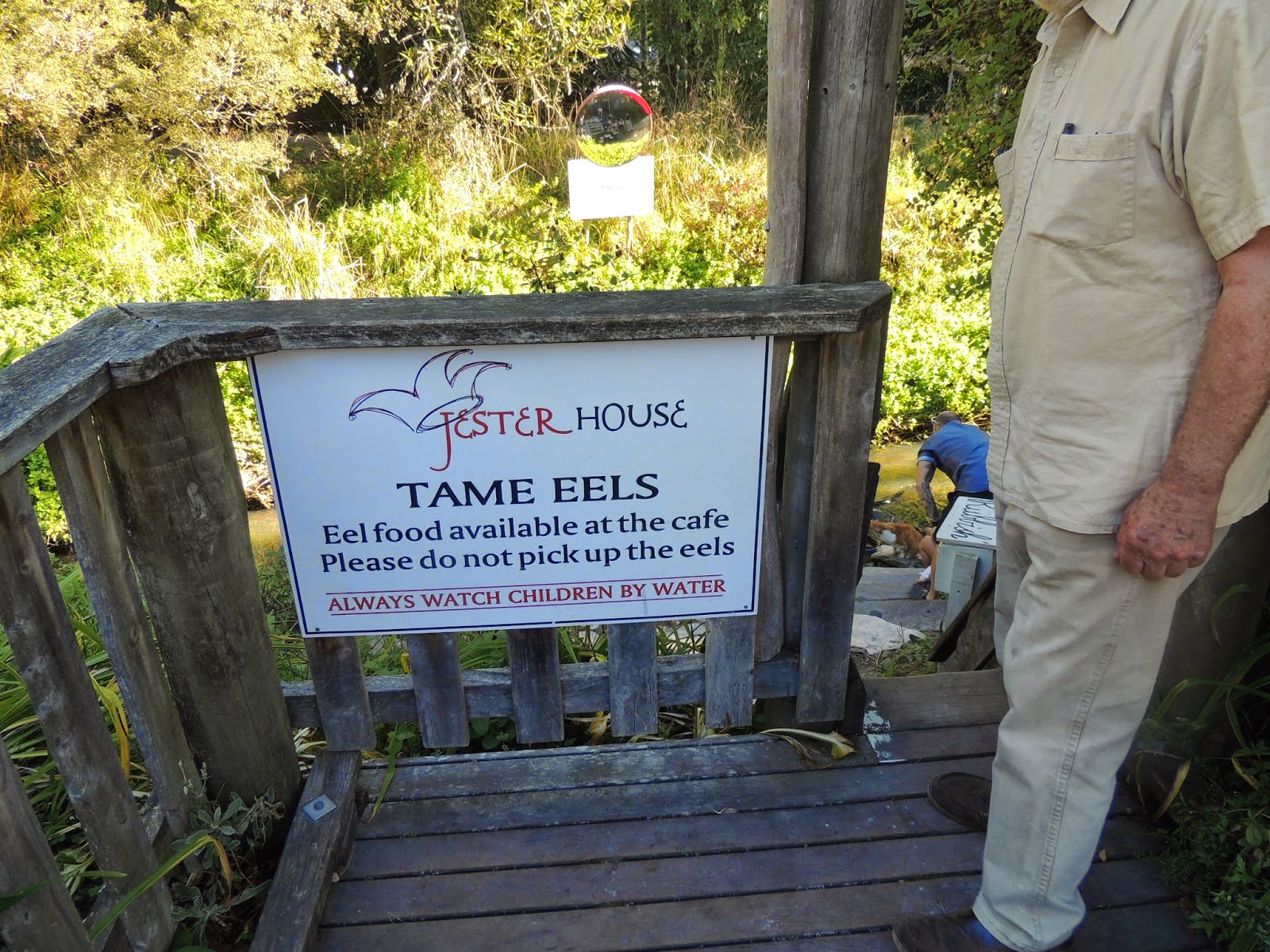 So this is how you do it. You take a little raw chicken on your stick and guide it toward the eels, which are quite aggressive, if you ask me. The cat watches carefully. 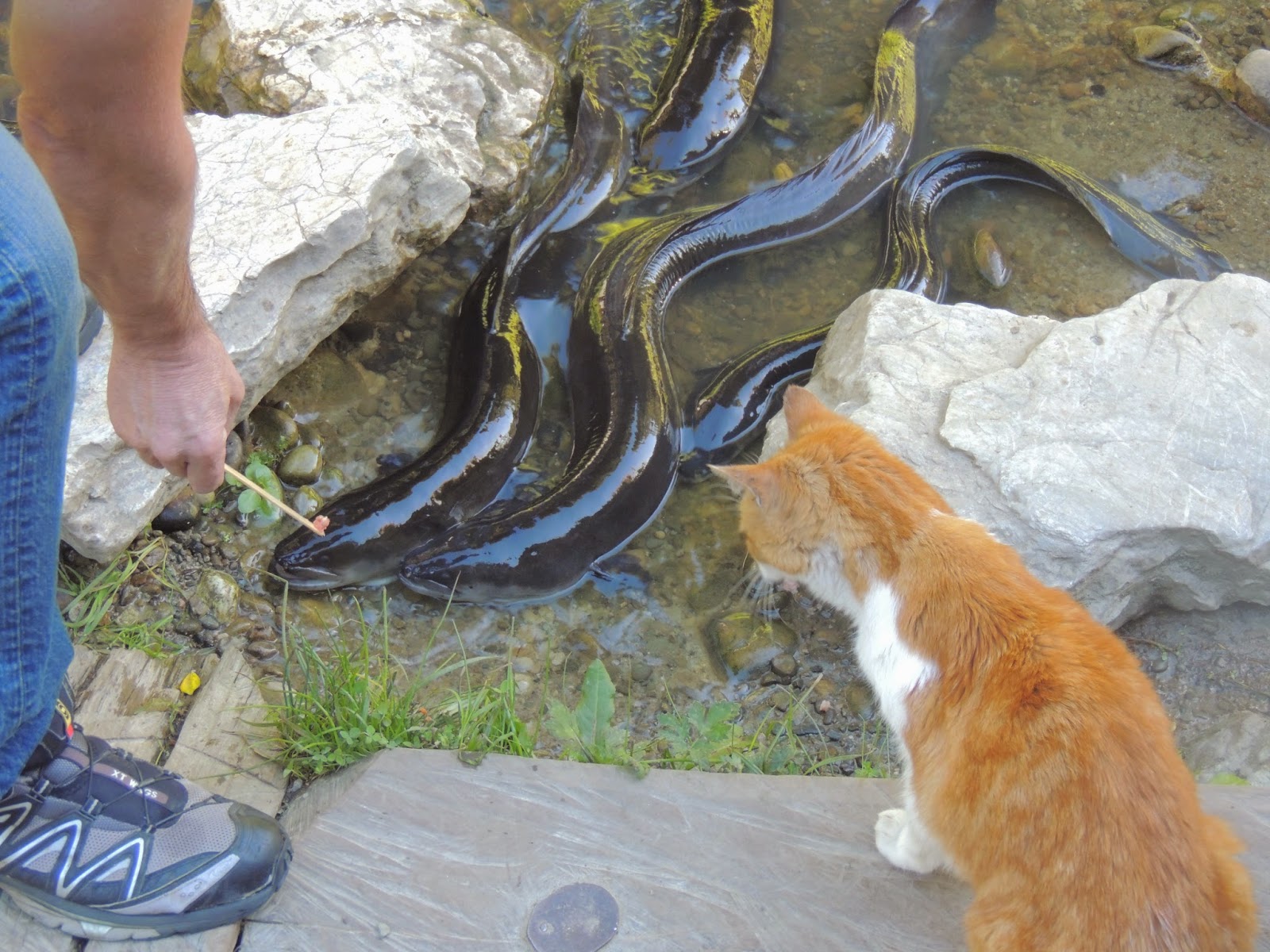 She has clearly been here before. When this guy lowered his chicken-laden stick, the cat batted it (too quickly for me to photograph it) to dislodge the chicken and then snatched it right up before the eels could get to it. It's like a circus act. 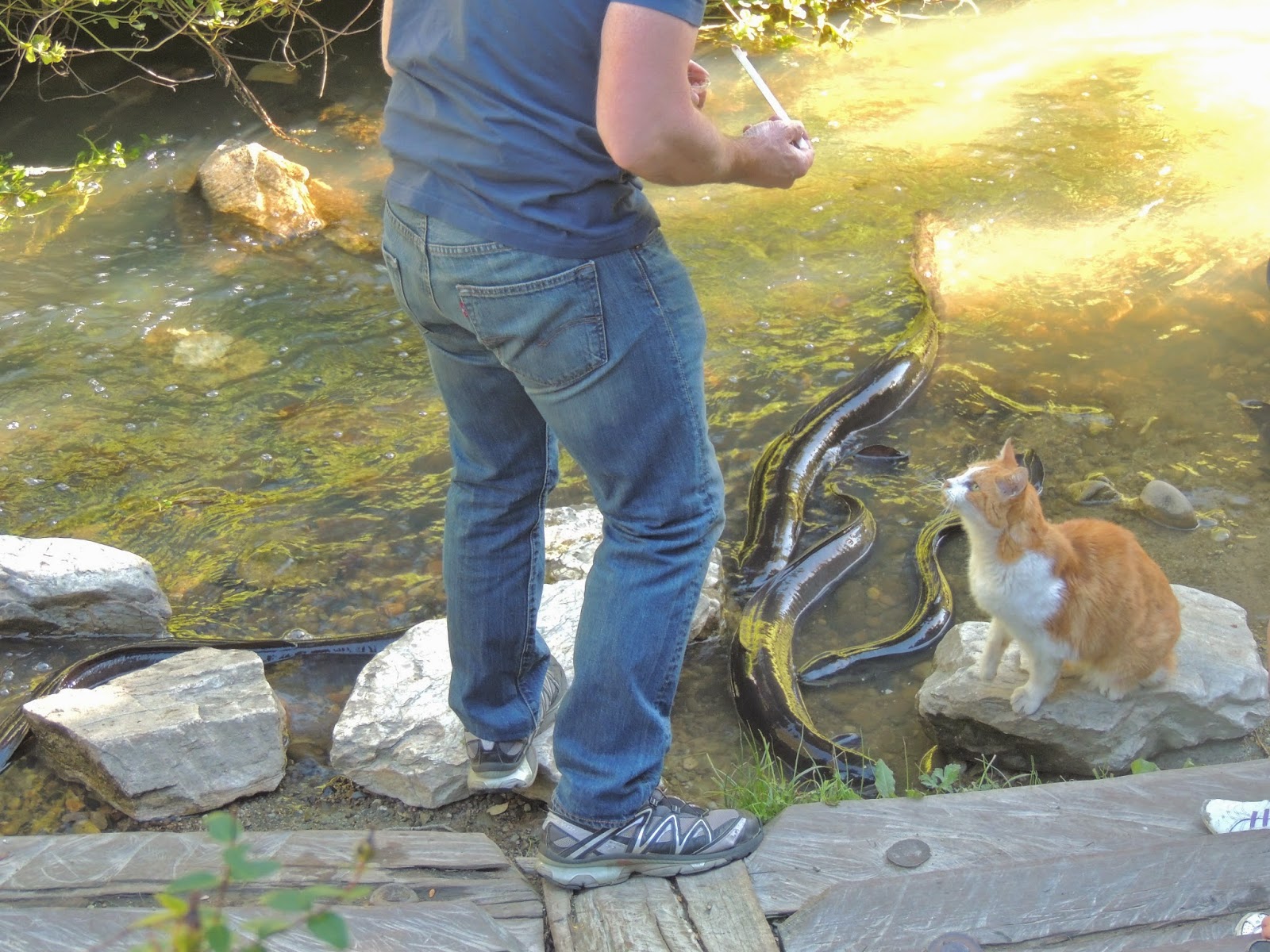 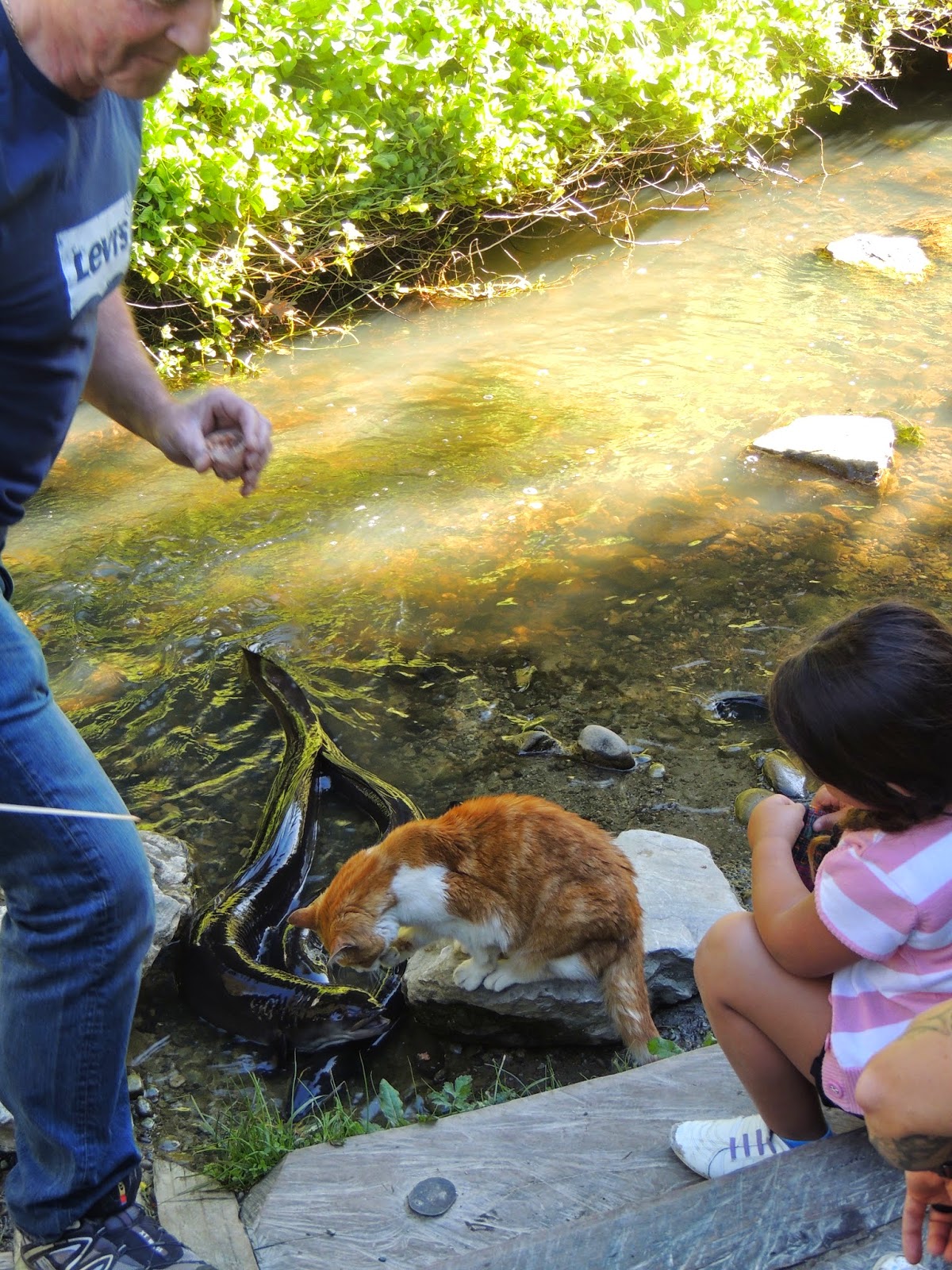 I find this picture unsettling 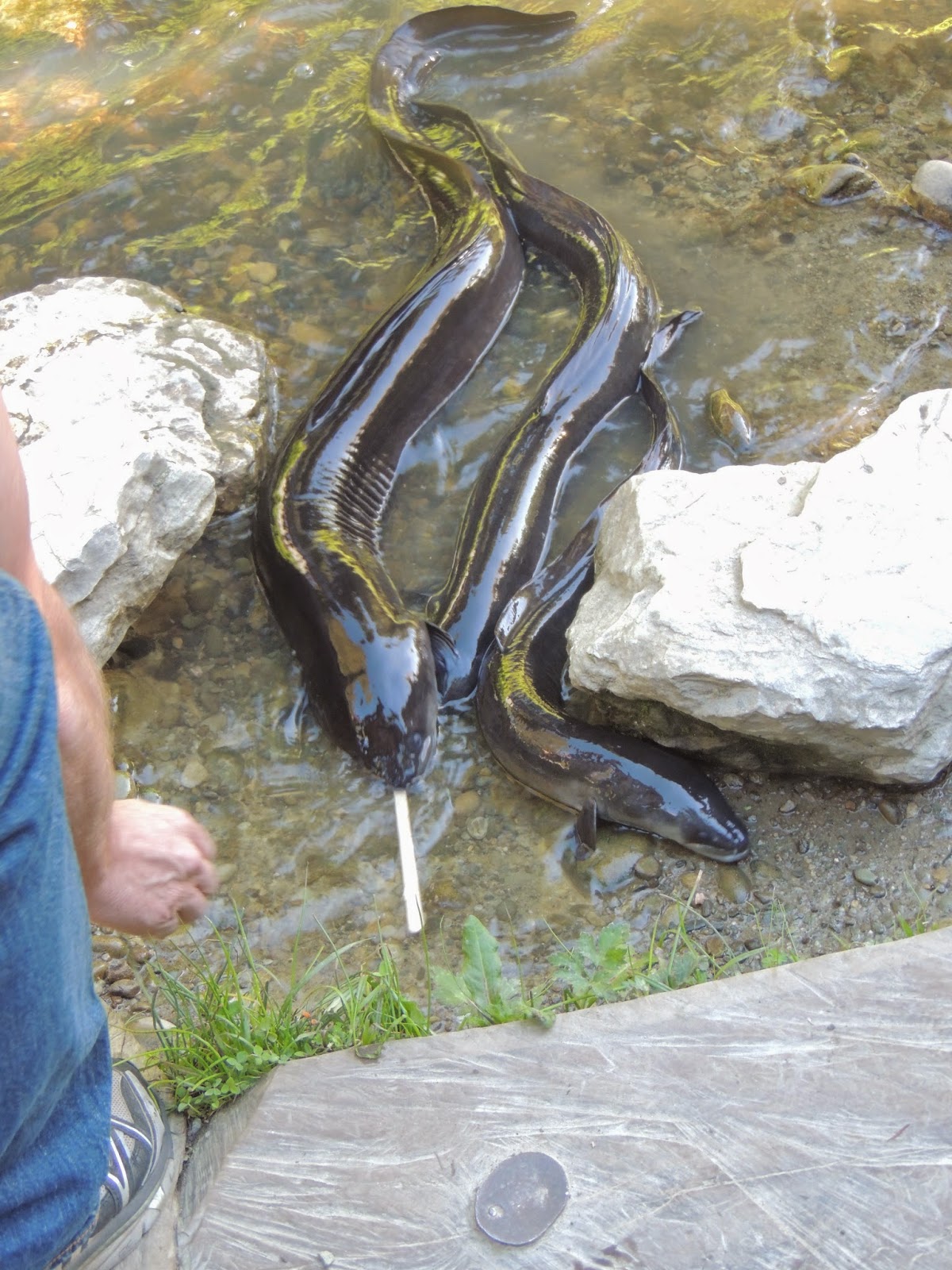 And this one even more so. 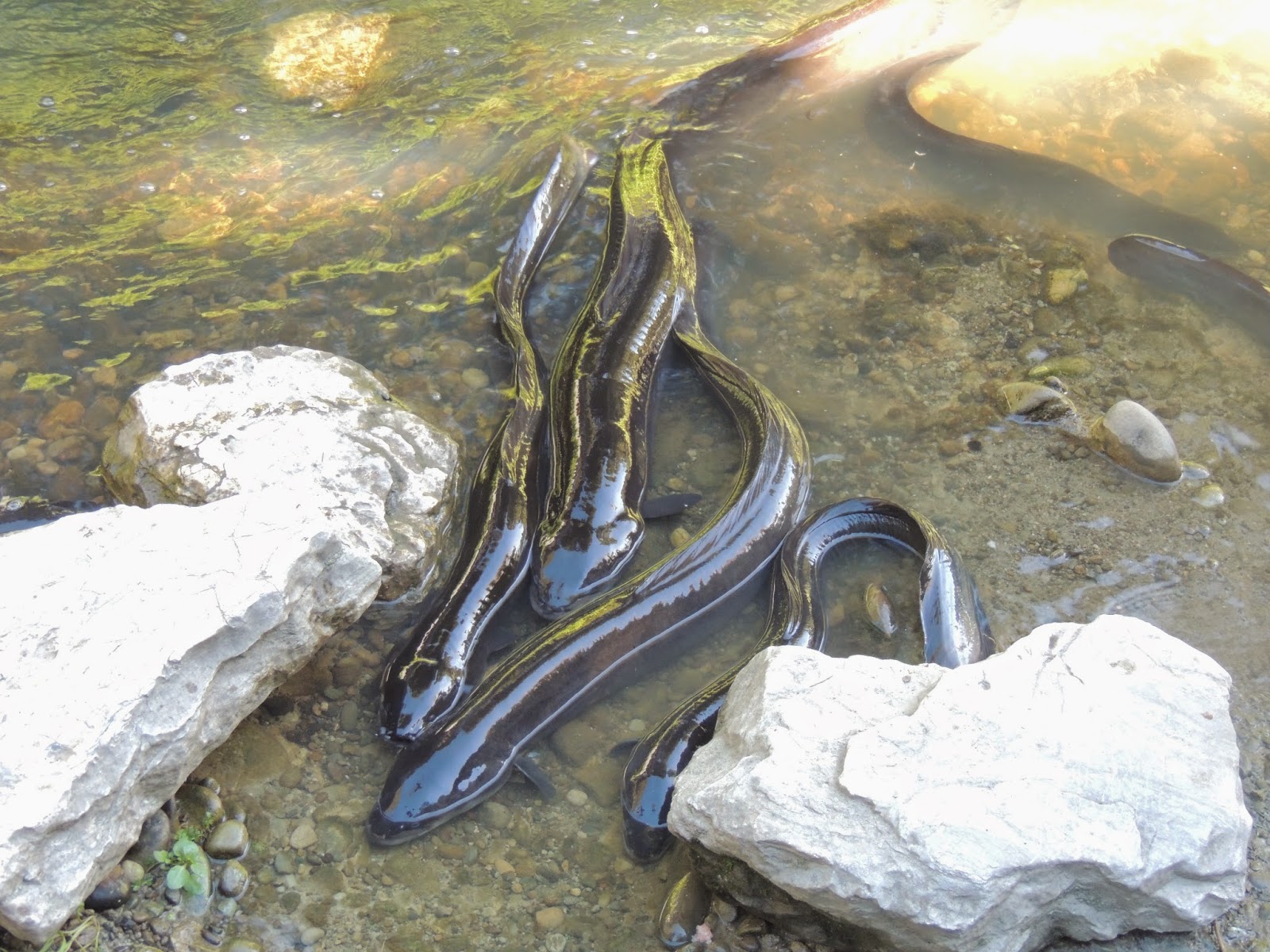 Woman at right setting up her chicken stick, cat attentive. 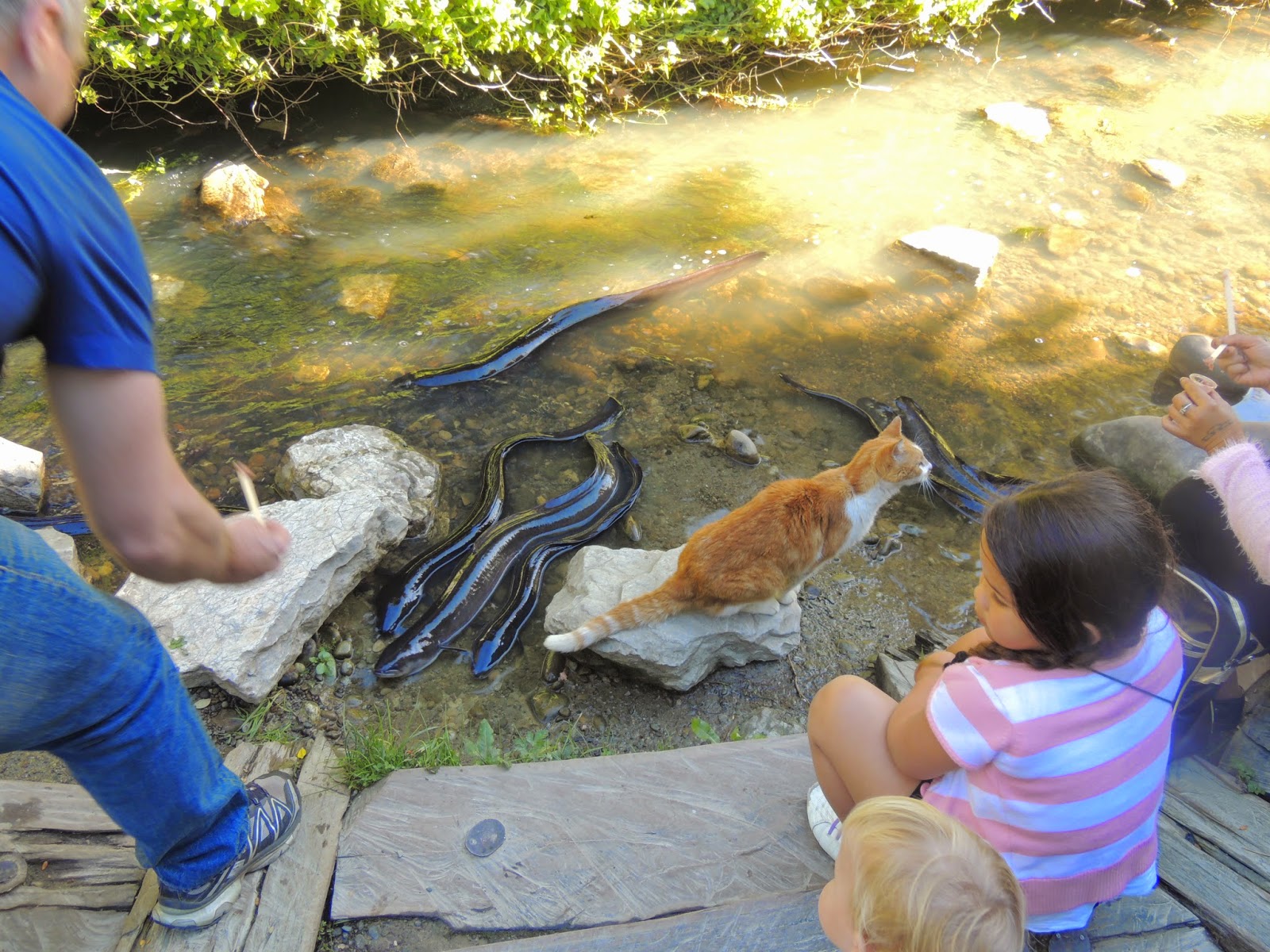 Uh, honey, do you want to leave now? 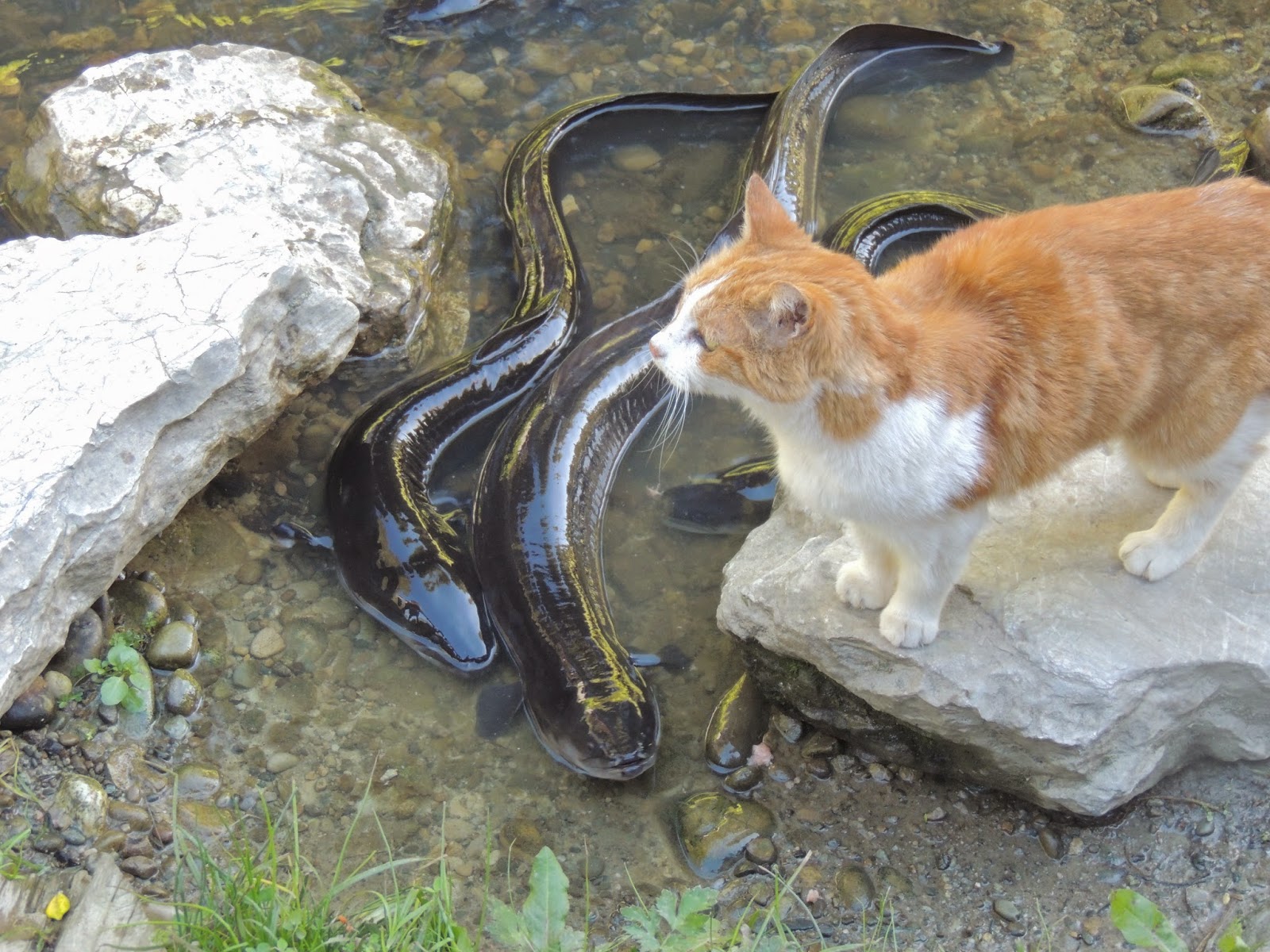