Food! (And a Hotel Change) 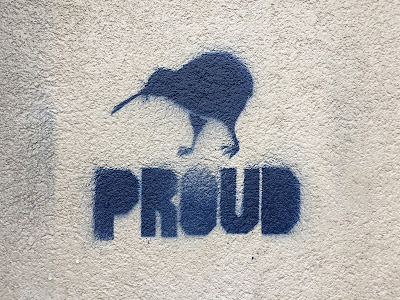 You all are a hungry lot, always asking for food pictures. Alrighty then. We've cooked quite a bit in our tiny hotel kitchen, despite a defective hob (stovetop), which powers up to intense heat on a whim before backing off. Over the last few days I've figured out how to use it.

Eggs (look at those yolks) with NZ cheddar + a spinach, shallot, mushroom melange for breakfast. 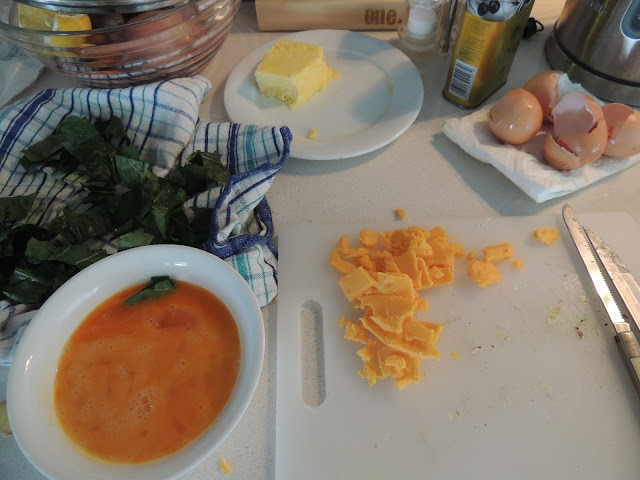 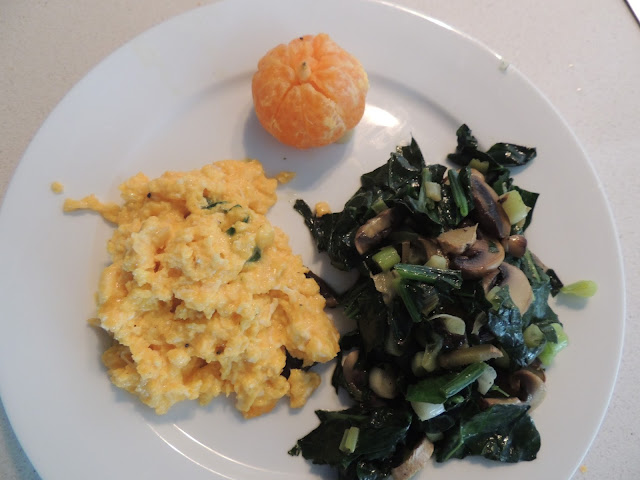 On Monday after I worked we walked down to the wharf and had a fine meal. T'was a busy day on the water from our table. 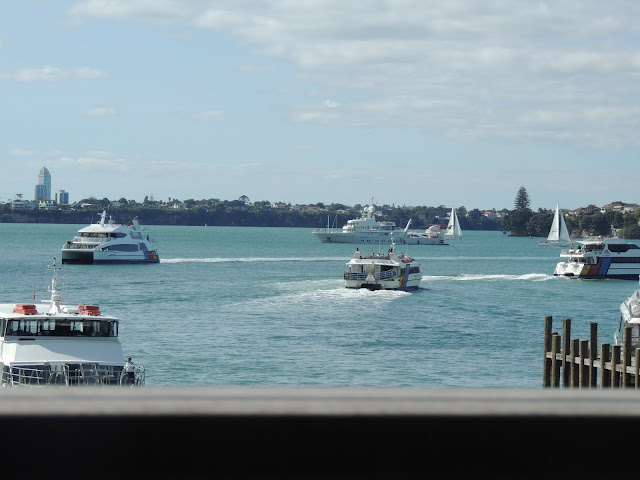 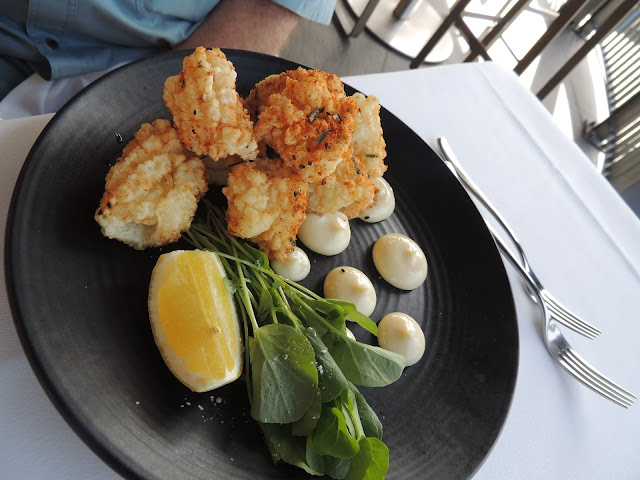 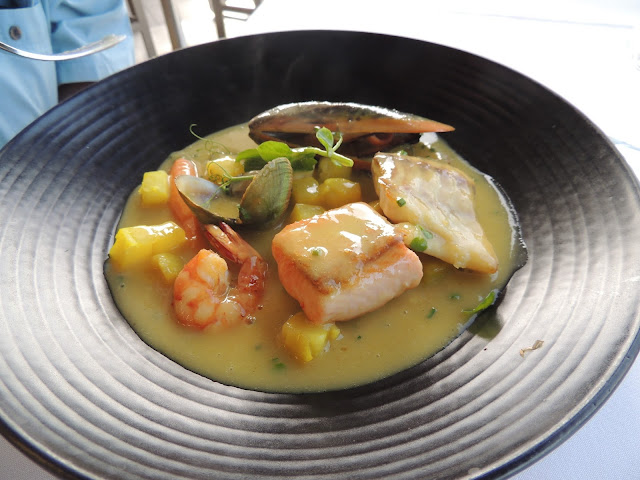 Some say that Bluff oysters are the finest in the world. They are grown slowly in the cold clean waters of the Foveaux Strait. In season, (March till about August) they are dredged by Bluff's oyster fleet. 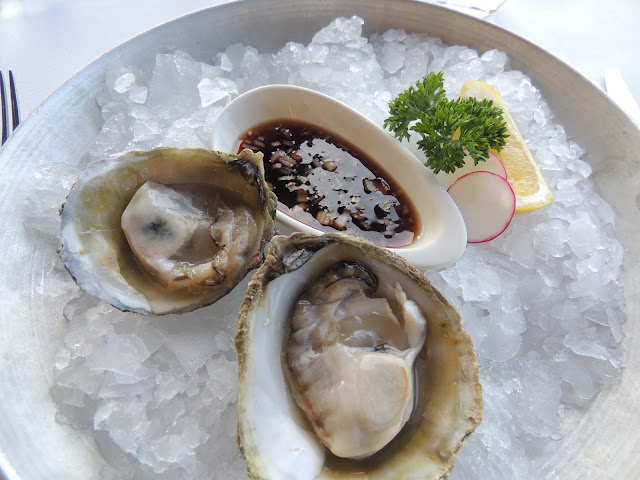 John Dory, before and after 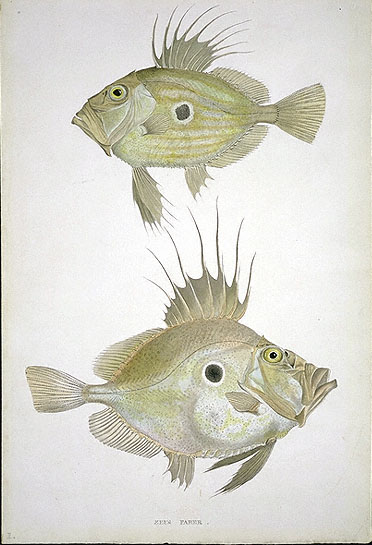 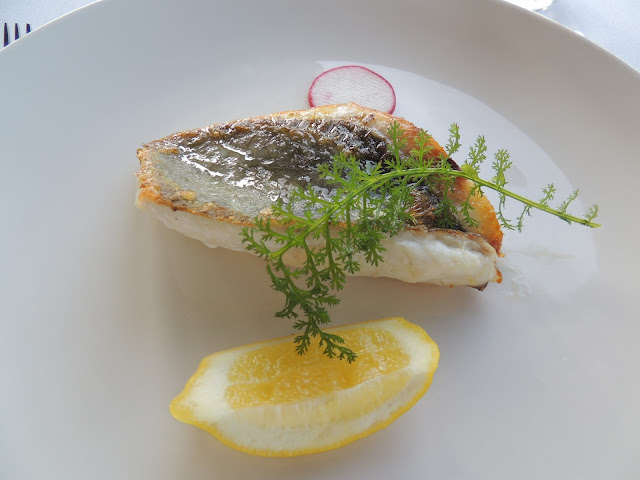 I like this Auckland intersection. When the walk sign goes off, you can cross in any direction, including diagonally. It's chaotic but effective. 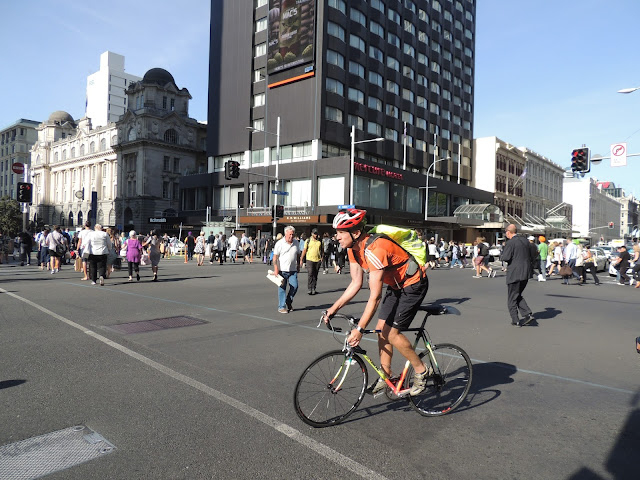 We'd planned to go to Selwyn's house and pick up the Rover today, but (bless his heart) he took it in for its Warrant of Fitness check and it failed to pass. It needs a new bearing in the drive shaft and of course we're happy to know about it now. It will take another week to get it done and Auckland's central business district hotels are packed ("Adele's here," the front desk guy at an apartment hotel told me earnestly), so we booked several miles from the city center in Grey Lynn, a gentrifying neighborhood adjacent to the even faster-gentrifying Ponsonby. New vistas to explore.

Tonight we walked to Ponsonby for an early meal at Bird On A Wire. 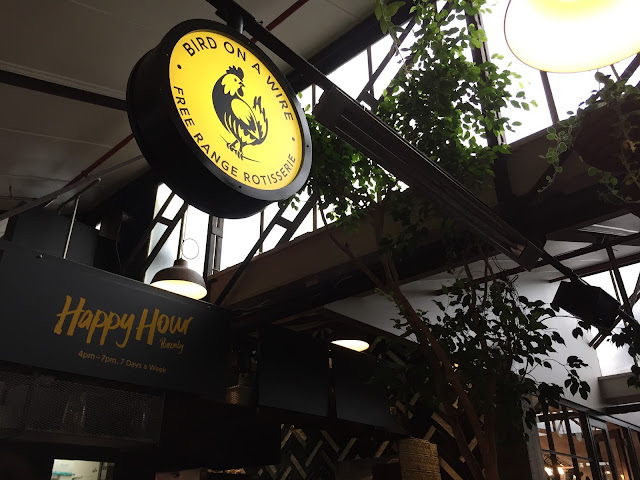 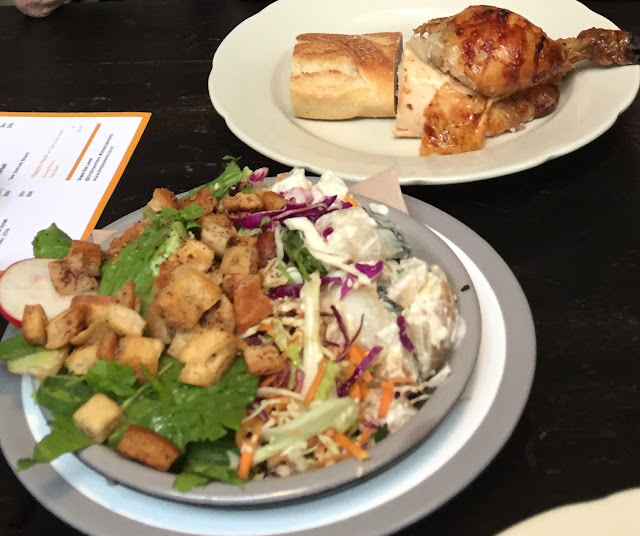 On our walk out, we witnessed Baby's First Sushi (and it was). 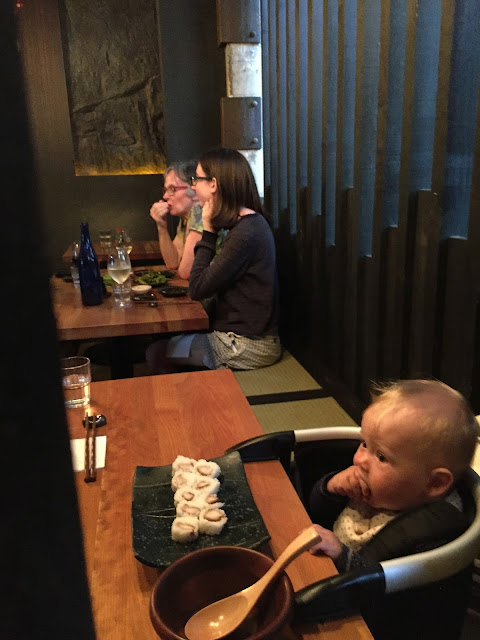 I almost got this t-shirt for a friend of mine (you know who you are). 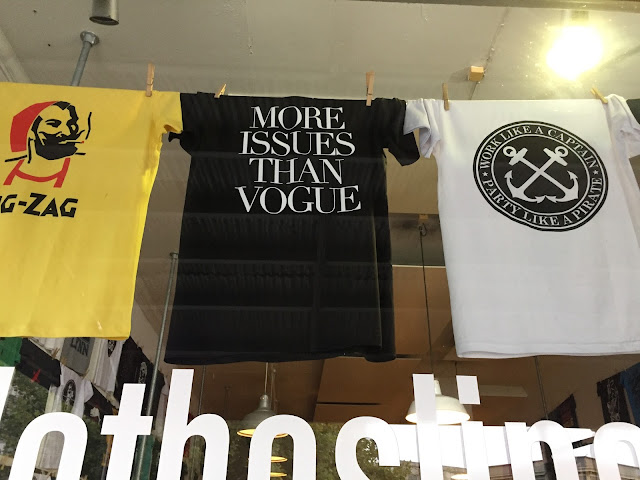 We had a nice walk through Grey Lynn on our return in a soft warm rain.


Via wiki:  Most of the houses in the area were built between the 1890s and the First World War. They were built quickly and with little variation in layout. Their street facades were differentiated by the application of mass-produced items; wooden fretwork, stained glass panels, turned balusters and pressed tin (intended for interior ceilings - this 'new' product occasionally appears on the gable ends of some Villas). The most important feature was the bay window - hence the name Bay Villa - an important feature which marked the owner as middle class. The new inhabitants tended to be young couples, mostly white collar workers such as clerks and office workers, teachers or skilled crafts people. 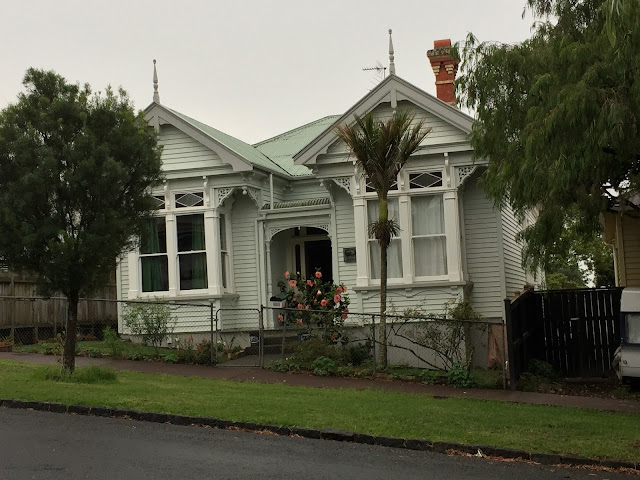 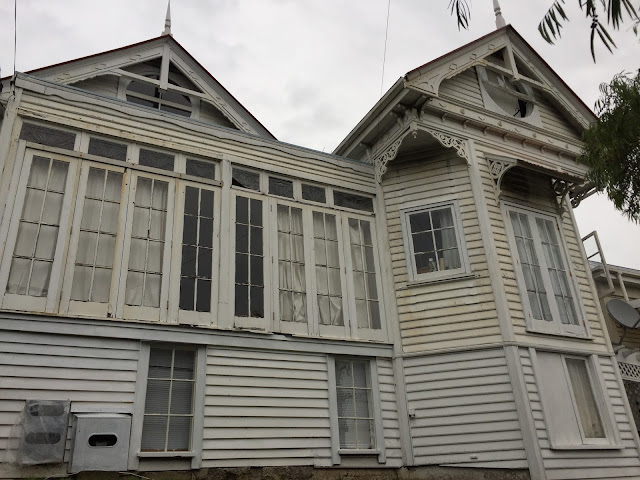 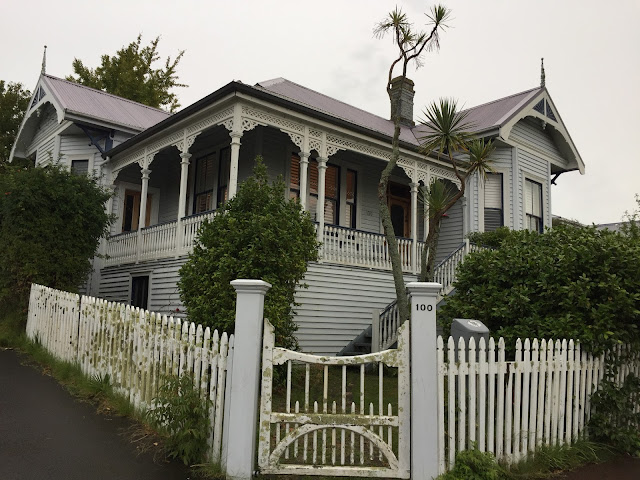 This is an eminently walkable neighborhood and should fun to explore. Stay hungry, friends.