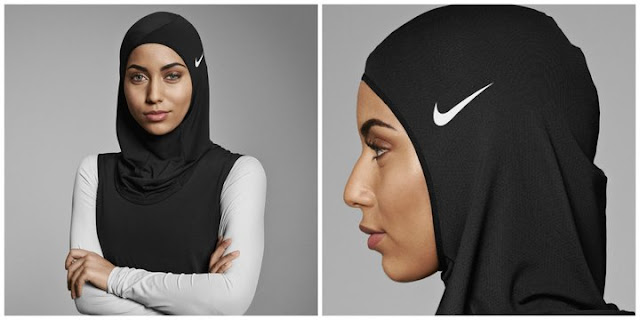 “The Nike Pro Hijab was designed as a direct result of our athletes telling us they needed this product to perform better, and we hope that it will help athletes around the world do just that,” Global Nike Spokeswoman Megan Saalfeld told Al Arabiya English.
Saalfeld said the concept of launching an athletic hijab came after female Emirati Olympic weightlifting athlete Amna Al Haddad visited Nike’s sport research lab at their global headquarters in Oregon.

Haddad complained that she only had one hijab that worked for her, and that she had to wash it by-hand each night in the sink during competitions. 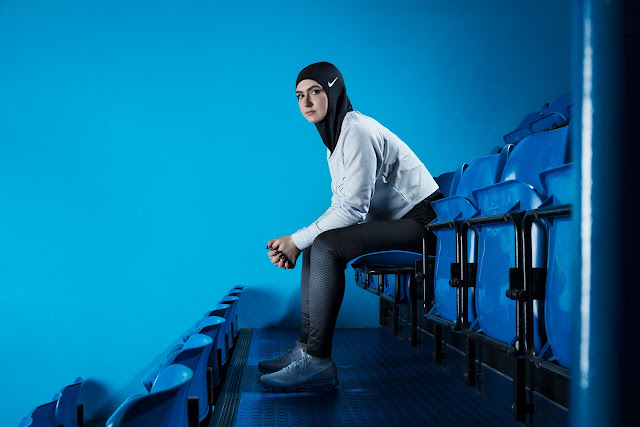 Zahra Lari made history by becoming the first woman from the United Arab Emirates to compete at an international figure skating competition in 2012. (Photo: Nike)
Posted by H2 at 11:40 PM