Driving sheets of pouring rain awoke us today and those downpours continued all day long. We caught up on business and at 5:30, hungry for the first time since a late breakfast, I wondered aloud if Fleur's Place would be open on a night like this.

Turns out it was, though most reservations had been cancelled due to extremely poor road conditions and many road closures. There aren't many times we'd drive one quarter mile instead of walking, but tonight was one of them.

Who could say no to a whole baked gurnard? 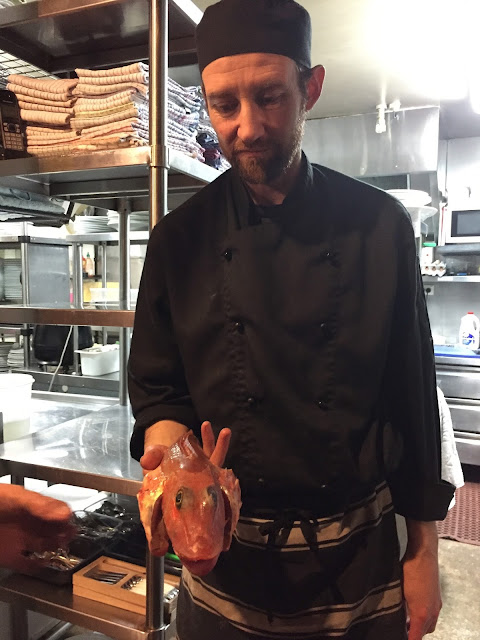 We sat upstairs this time. 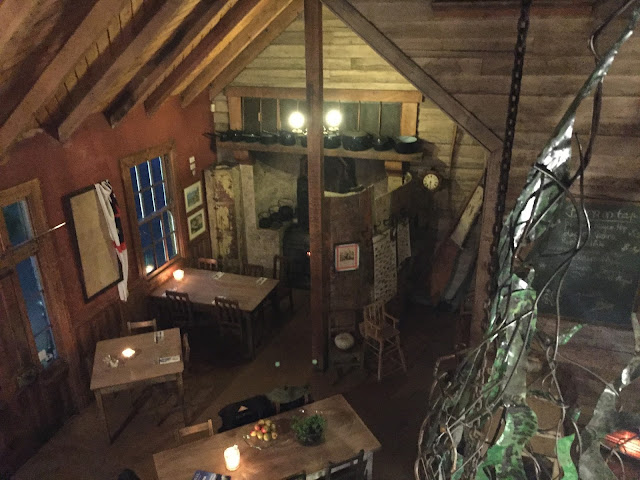 Simon Wilson - Editor of 'Cuisine', judged world's best food magazine:"There's a coast road south of Oamaru that you get to down one of those delightful stretches that leads into a dip and over a rise so that the beach is suddenly there, almost beneath your wheels. It's a drive whose dramatic beauty puts you in just the right frame of mind to follow the turn-off to the small fishing and holiday community of Moeraki, and head for the restaurant at the end of the bay called Fleur's Place.

The specialty is fish and the atmosphere, fashioned from warm timbers, even warmer service and a hubbub of happy customers, is pure delight. Fleur Sullivan has her own fish quota, which means, as she puts it, she owns a tonne of cod swimming out there in the cold Pacific, and she is legally allowed to serve you the fish landed that day right on her own doorstep.

Fleur's Place is good in all its parts, but the whole experience is greater than their sum, and this earned it a place in our 'Cuisine' 100 - a list of the food, drink, people, places and tools we love." 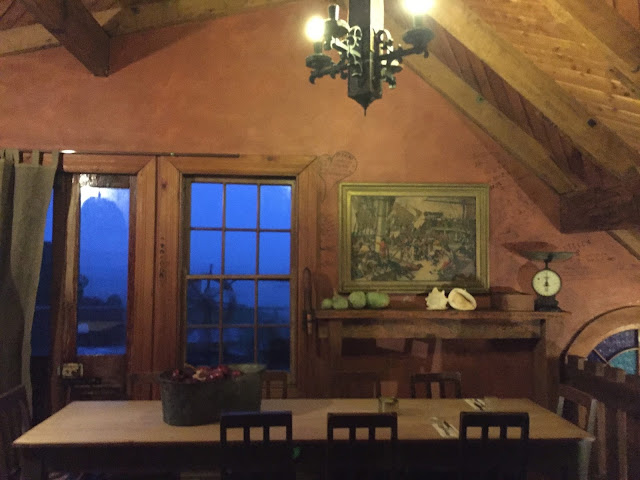 Just a few other patrons weathered the lashing winds and rain to be here. This South African couple lived in Boston for ten years. She recognized our accents and said, "Corporate America almost killed my husband, but it was the best ten years of my life" (which sounds a little snarky, but she added that she'd made lifelong friends there). They came to live in Auckland where they have family. 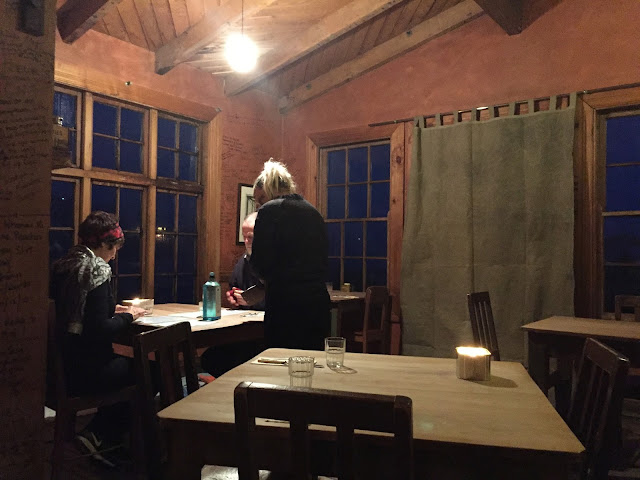 Candlelight on a bowl of superb fish chowder, scallops and green-lipped mussels swimming in a fish-forward broth. 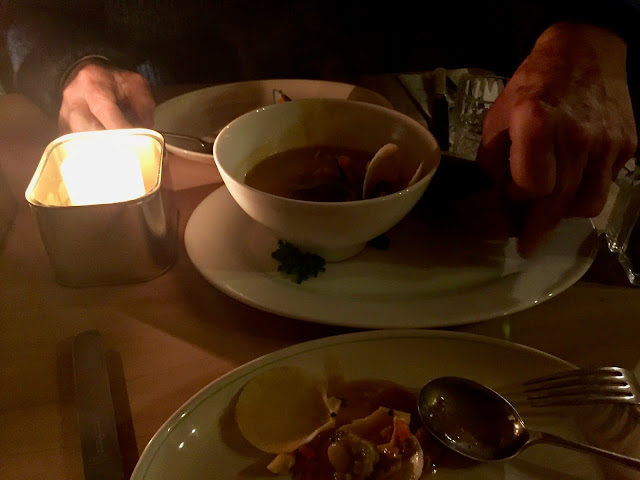 This one's for Gwen: I'm eating bread with my chowder. 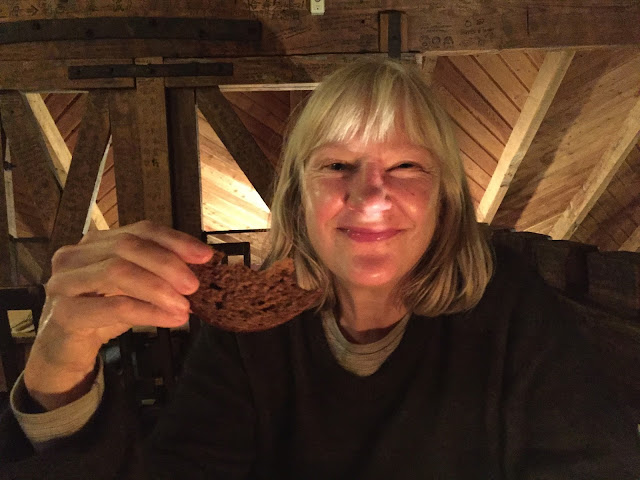 There's a little outside balcony up here (currently very wet) where we can imagine it would be lovely to sit in summer. 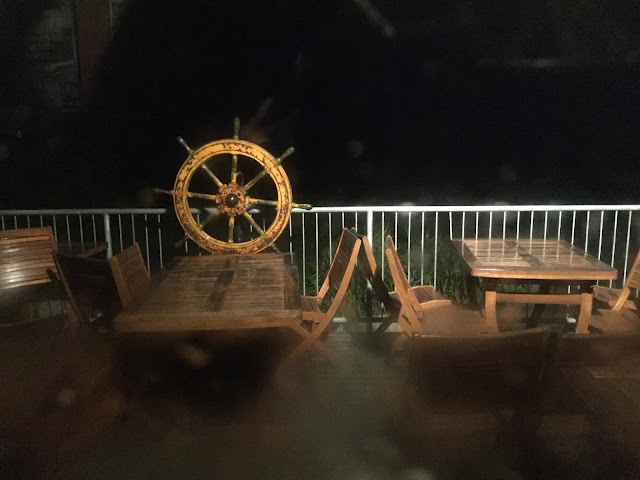 Art, under the eaves 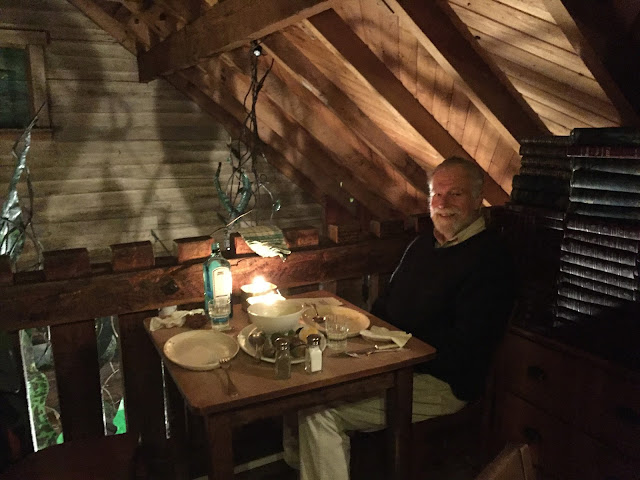 That gurnard from the kitchen, baked whole in browned almond butter. There's something about fish on the bone, and this was tender, flaky, and delectable. 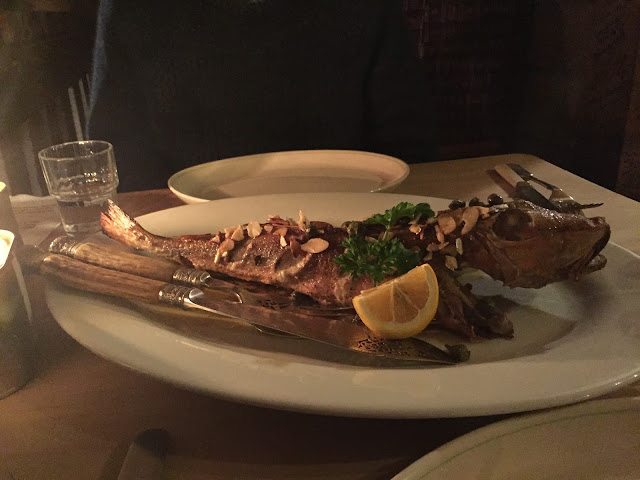 Since we may be washed off the campground by morning...apricot-apple crumble. 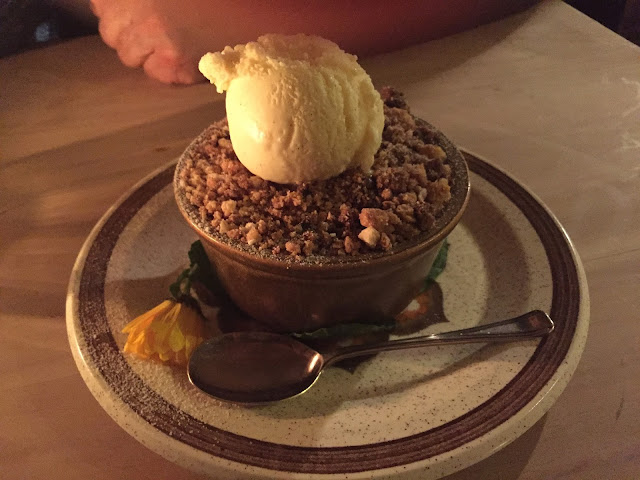 The South Island #bigwet is poised to continue all night before a slow ease tmrw. Areas from Dunedin to Timaru see the heaviest 🌧 falls. pic.twitter.com/ugoKdW6H8E
— NIWA Weather (@NiwaWeather) July 21, 2017