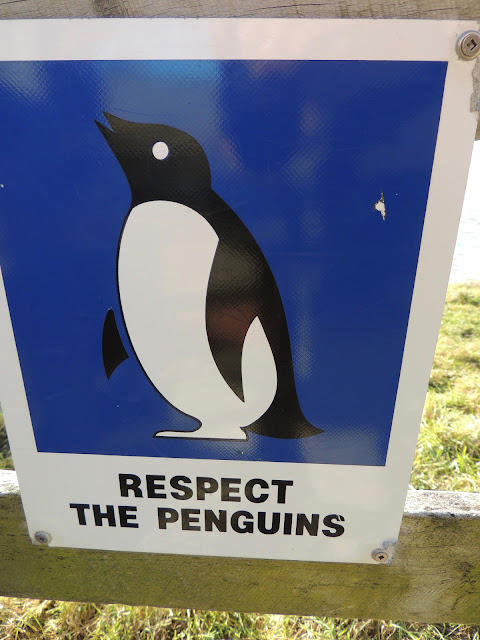 We walked 9 miles yesterday round trip to the boulders, which are much closer than that if you take the beach. Remind me to tell you sometime about tide tables. On the walk back (partly on the shoulder of Highway 1), I saw sheep eating swedes. 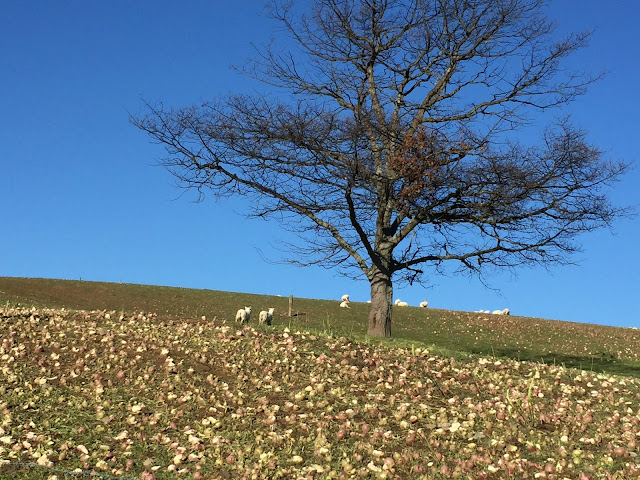 Today was glorious, near 60 by Art's thermometer in the shade. It feels like spring. We set out on a walk after work and within the hour I'd shed my sweater. 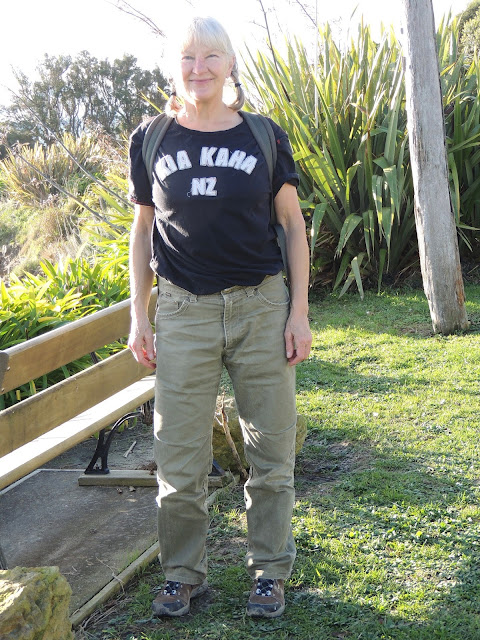 Fleur's is closed today and tomorrow (probably a good thing!). 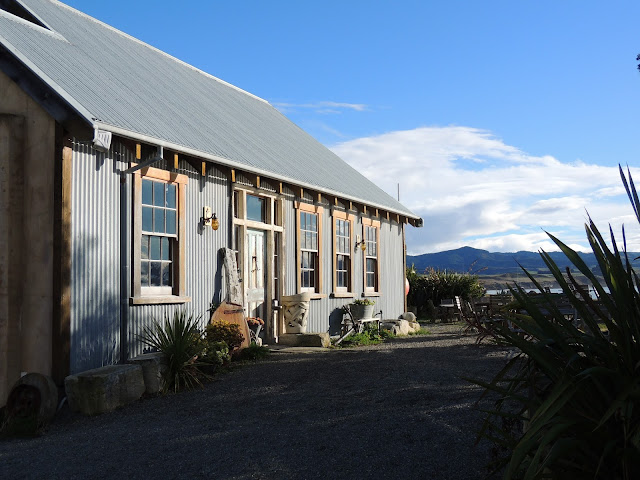 That NZ fur seal outside the restaurant was back basking in the sun, nose in a paua shell. 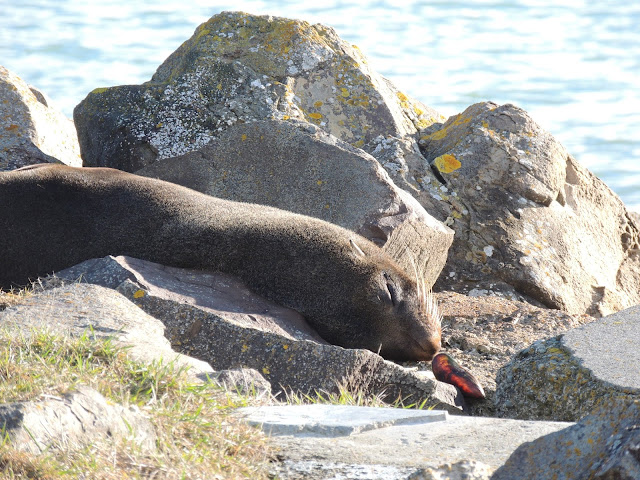 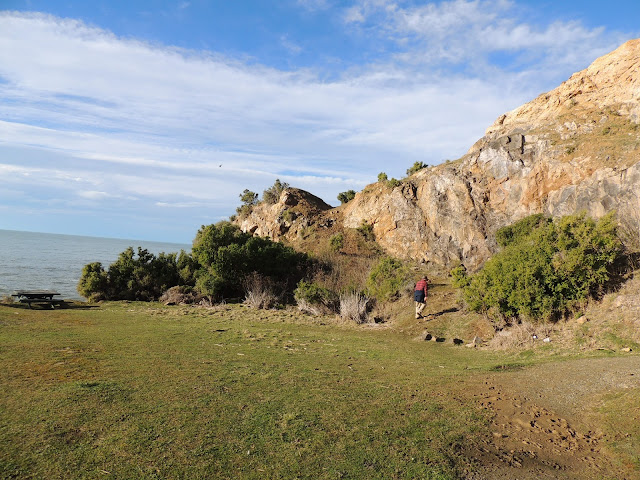 There's something about Moeraki that gets into your soul. It's easy to stay, and we've been here five days. Tomorrow we'll head north. 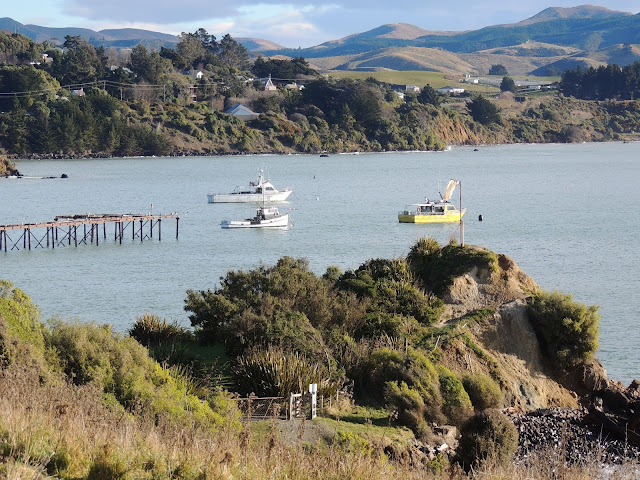 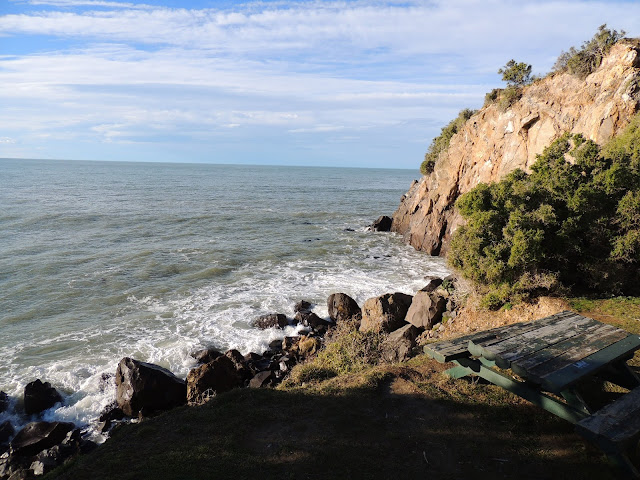 Our campground has some nice chickens roaming around. They sell these enormous (and truly free-range) eggs at reception. 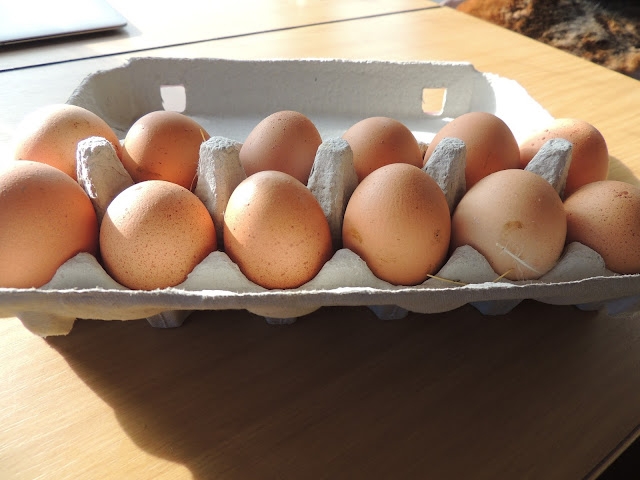 We stopped for a flat white at the only other restaurant in town, more of a tavern really. 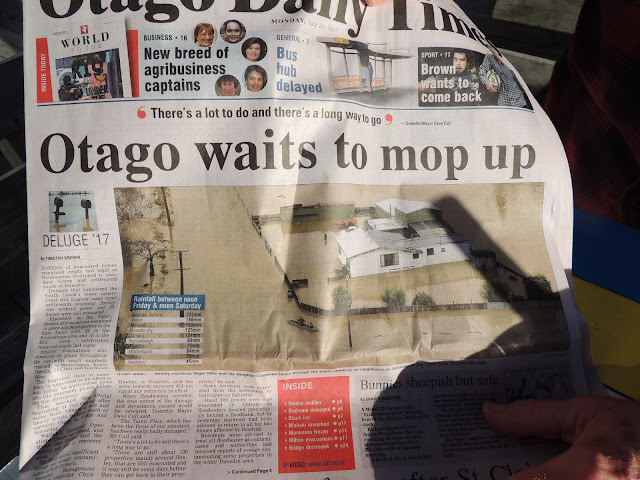 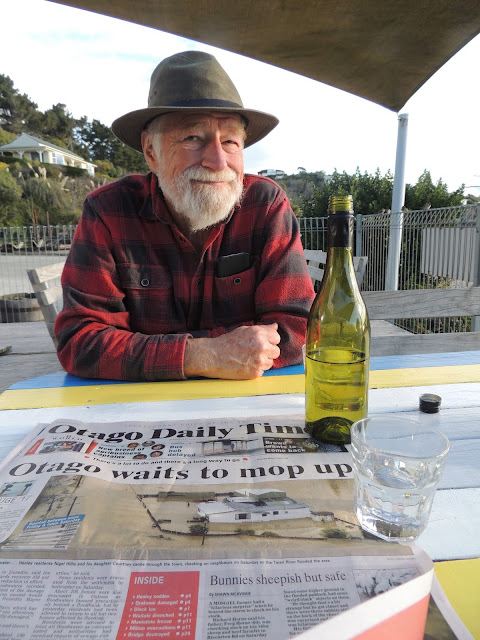 This story in the Otago Daily Times made us chuckle...
A Mosgiel farmer had a "hilarious surprise" when he braved the storm to check on his stock.

Richard Horne said his father, Ferg Horne (64), was checking stock on his 16ha sheep and beef farmlet in Riccarton Rd on Saturday morning.

A flock of sheep, which  had found some higher ground in the flooded paddock, had some "weird black" objects  on them.

"He thought that’s a bit strange but he got closer and there were three rabbits sitting on the back of the sheep ...  he was surprised and thought it was hilarious." His father had been farming for nearly 40 years and had never seen anything like it, he said. 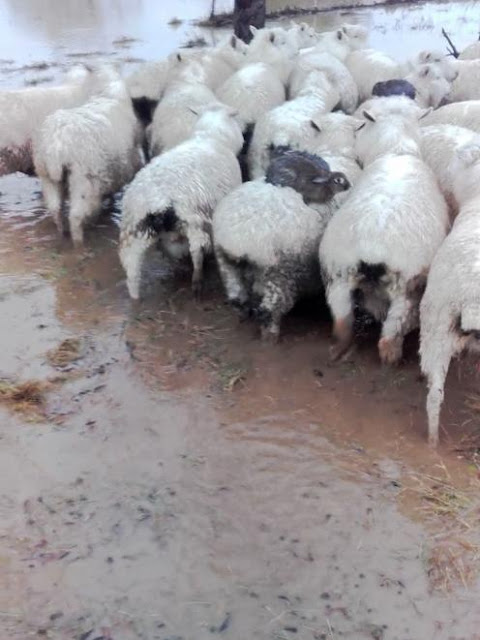 Hannah and Logan made it here from Dunedin yesterday and we had a happy reunion over fish last night at Fleur's, catching up on our camping travels and theirs. 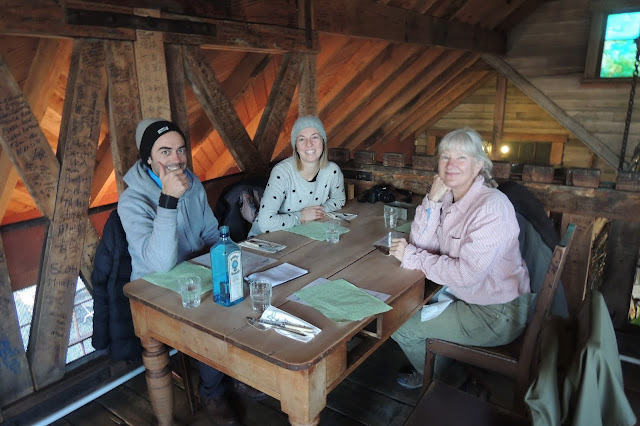 Every day's a good day 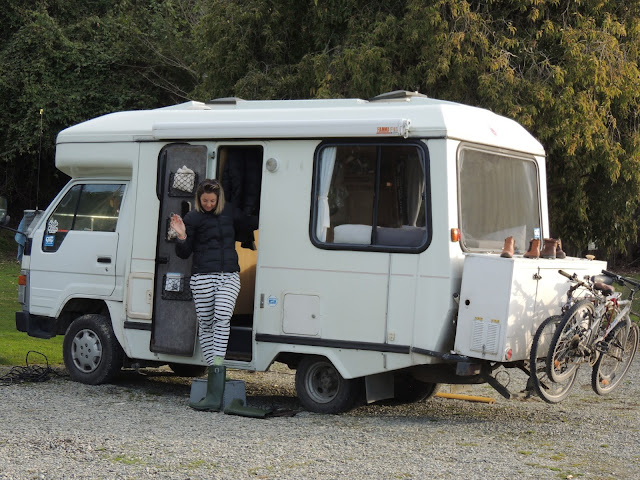