We have a phone app called CamperMate that might be the handiest app ever. Open it up anywhere in NZ or Australia and it shows all the campsites in your area. Move the map around and more campsites pop up.


"I can always tell when we've been shopping," Art said of our vegetable-centric first meal. 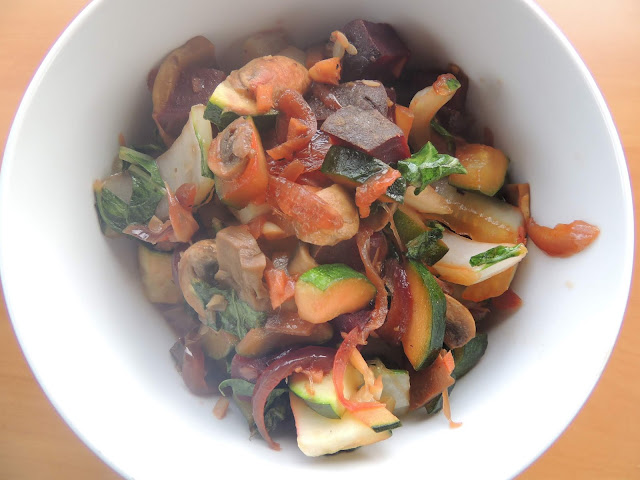 CamperMate also has the predictable review forum for each campsite where people can vote with smiley or frowny faces and leave comments, often re the cleanliness of bathrooms, showers, and kitchen and how good the camp sites are, whether they're level, and what kind of views they have. 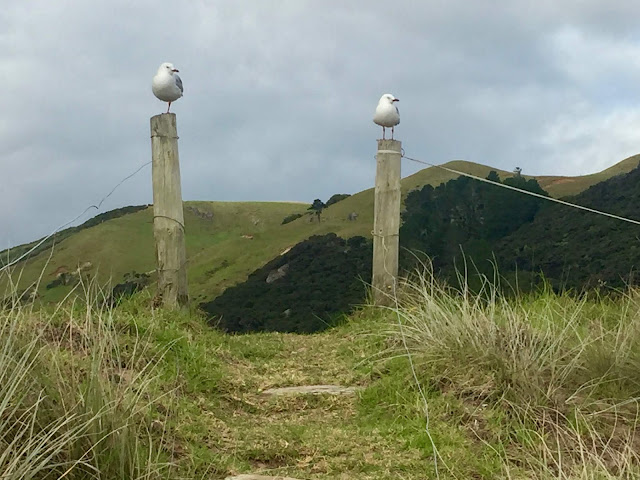 There are photos too. But it's still a delight to learn about a campground from an actual human, and that's how I heard about this place, Tauranga Beach Holiday Park, from a young German lad I ran into at the Matai Beach camp.

"You park so close to the beach I saw someone fishing from his caravan," he said.
"Absolute Beachfront," the CamperMate listing says.

Uh huh, I thought. Then we pulled in and saw this: 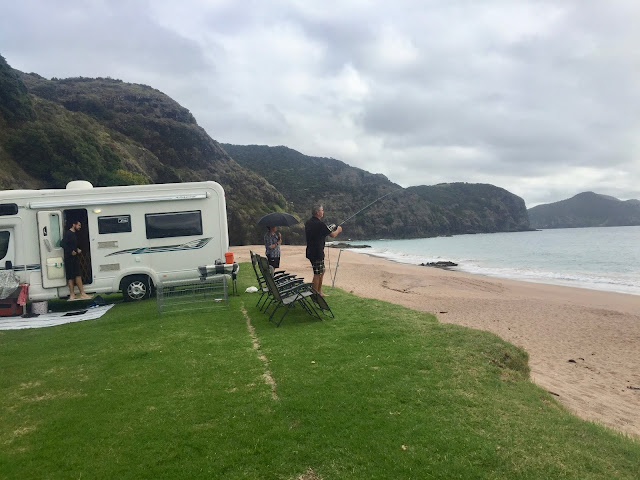 Explaining the raves this place gets.

Another friendly Kiwi family with an ingenious approach to casting far enough out for the good fish to bite. The son would rev up his drone and keep it in a holding pattern right above his father's head while the dad attached the line and baited hook. Then the drone would fly out to where the snapper were and drop the hook.

Those casting from shore the old fashioned way weren't getting many fish because of the wind. Our neighbors were doing just fine. 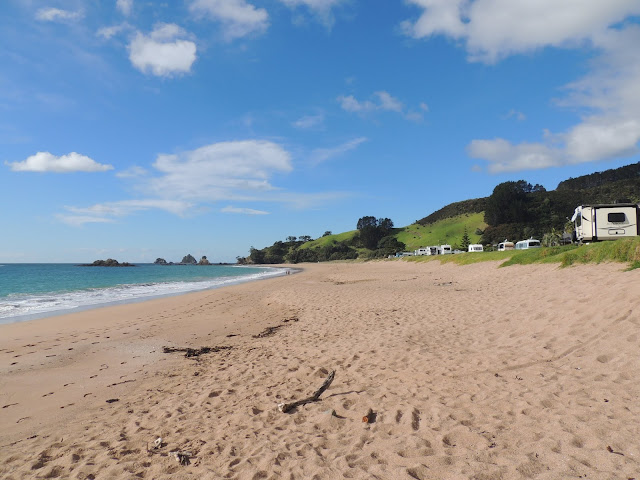 Our other neighbors were some nice European kids seriously into yoga, guitar, and bongos at night. Very chill. 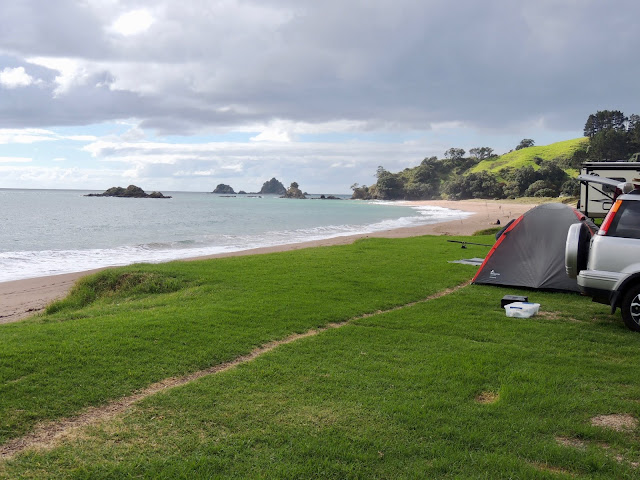 We're falling asleep each night to the pounding of surf outside our screened window. I could get used to it. 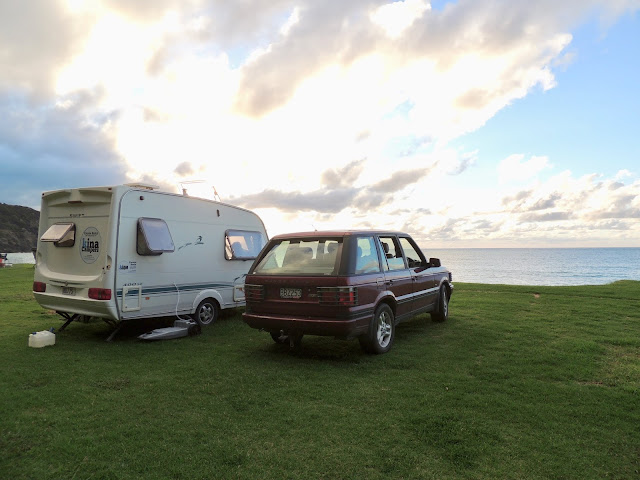 Here's a shot from way down the beach showing the enormous rock faces the camp backs up into. 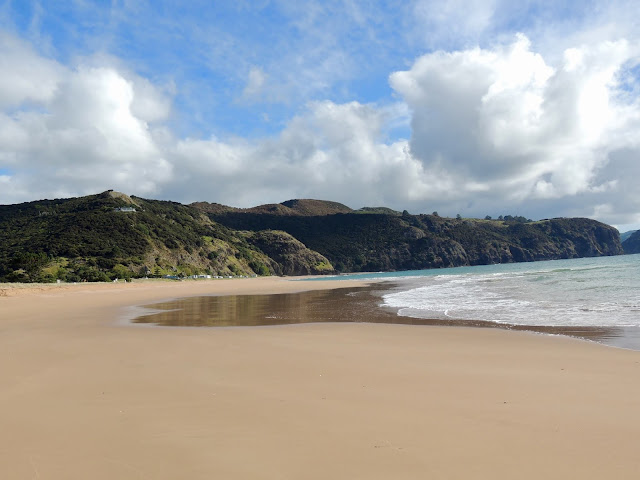 At the other end is a very cool cave. 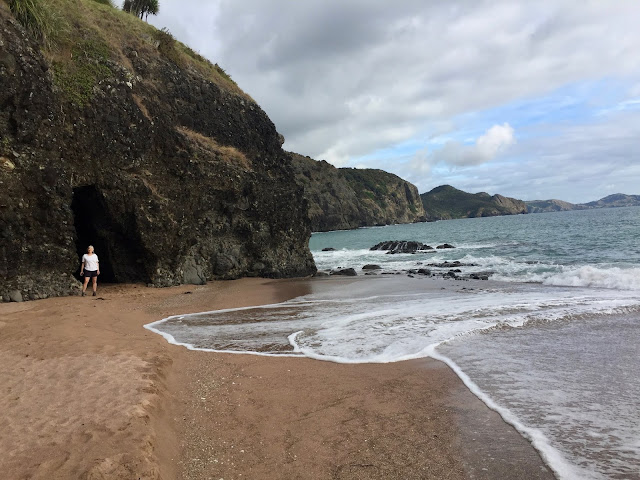 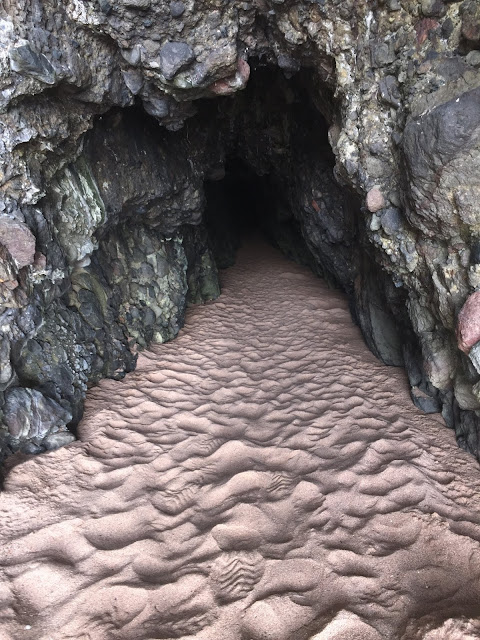 And once you're inside, the sound of the waves goes distant and the rock just thrums. 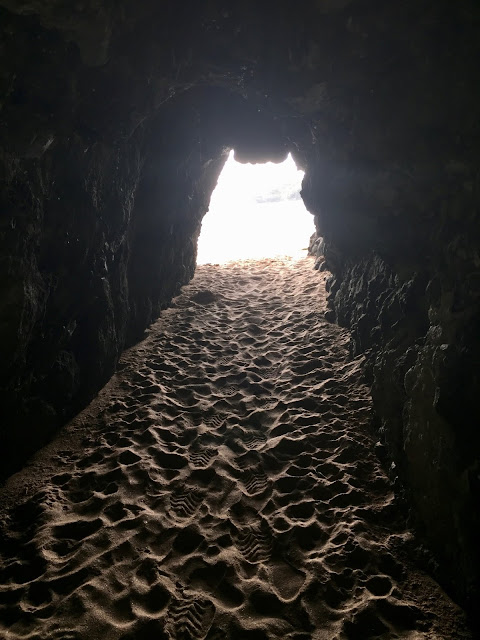 Here's a map showing our journey from Cape Reinga at the top of the North Island to this peaceful
campsite on Tauranga Bay (click here if you can't view).  Goodnight, campers, and we'll see you down the road.