Top Of The Lake and On To Te Anau

Leaving Queenstown this morning, I was reminded of the excellent Jane Campion series Top Of The Lake (with terrific performances by Elizabeth Moss and Holly Hunter). It was shot in 18 weeks, according to Wikipedia, in two primary locations: Queenstown and Glenorchy. 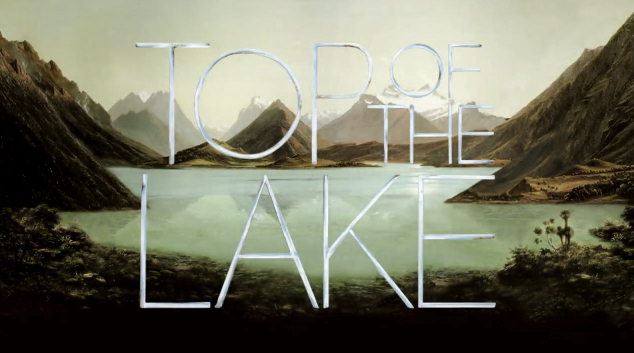 About a week ago I tried to book a horseback ride in Glenorchy (it didn't work out). Click here for some quick images. The drive from Queenstown north to Glenorchy is said to be unforgettable. We may try again when we return in a month.

Here's a BBC piece that asks the question "Is New Zealand's greatest actor New Zealand itself?" Of course Campion's The Piano was also shot in NZ, on a North Island black beach. Not to mention Lord of the Rings.

Monkfish and steamed chard for breakfast
Monkfish are endemic to New Zealand, living on the continental shelf around the country, and can be found in waters in the range between 60 and 600 metres. 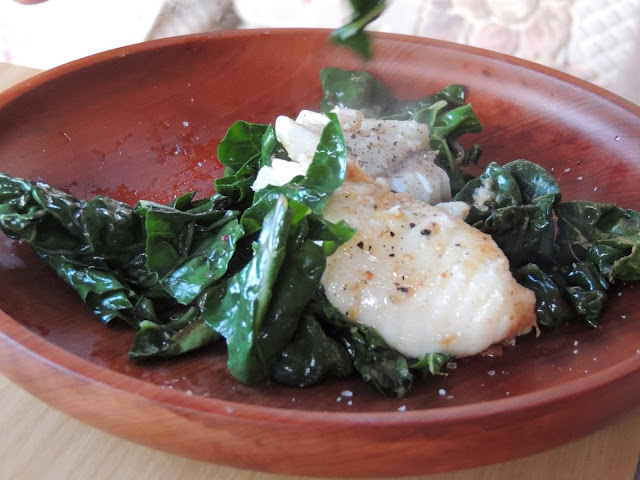 Here's a poor picture of The Remarkables, positioned on the southeastern shore of Lake Wakatipu, on whose shores Queenstown sits.


The mountains were named The Remarkables by Alexander Garvie in 1857-58,[2] allegedly because they are one of only two mountain ranges in the world which run directly north to south.[citation needed] An alternate explanation for the name given by locals is that early Queenstown settlers, upon seeing the mountain range during sunset one evening, named them the Remarkables to describe the sight. 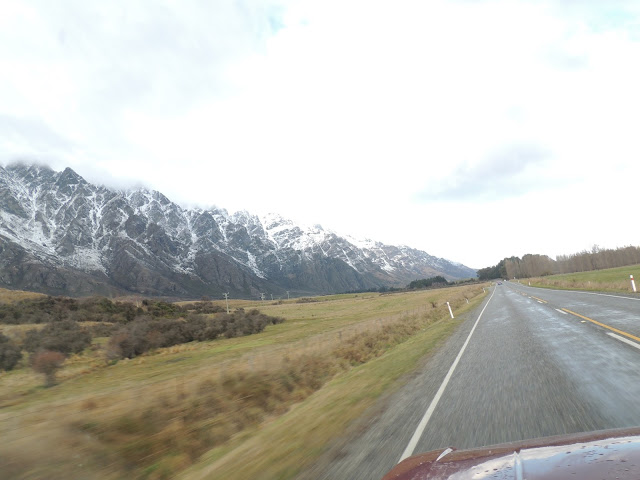 Speaking of Lake Wakatipu, here's a map of it. Note Queenstown location and also Glenorchy, which really is at the top of the lake.

A bit on this magnificent lake.


Wakatipu to our right. 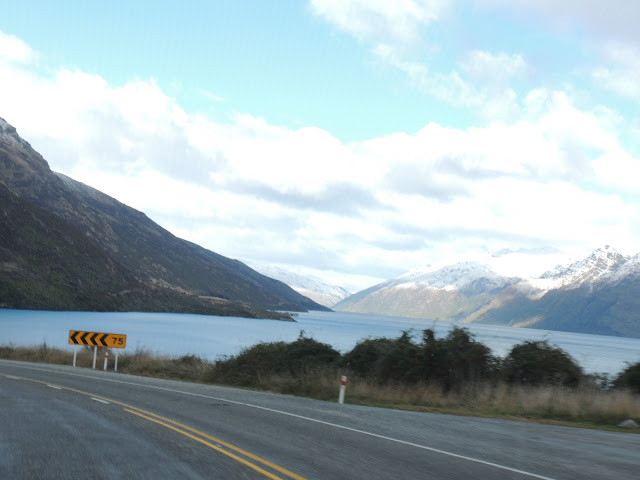 More Wakatipu. We drove through both blue skies and a brief blizzard en route to Te Anau (tee-a-NOW) today. 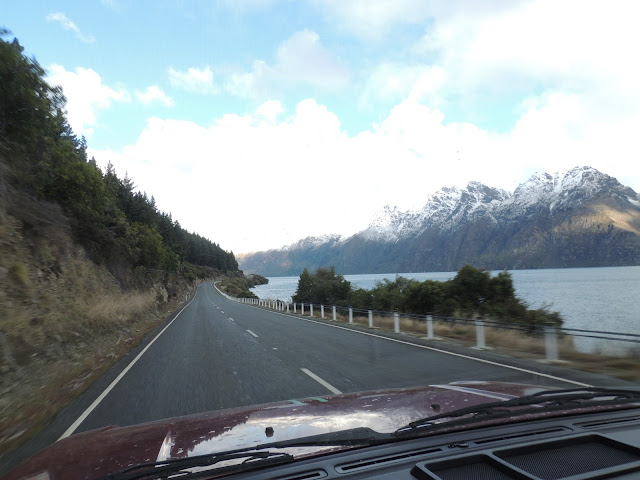 Here's the map showing Qtown to Te Anau, on the verge of Fiordland National Park (and halfway to Milford Sound, whose road was closed again today because of snow).

We've just had the winter solstice and when we arrived, the campground woman said: hope you've got a good heater in your caravan--it's going down to minus 8C tonight. Bundle up, possums!