A Visit to Wanaka

A front moved in last night and today we awoke to 60F and the smell of autumn leaves. 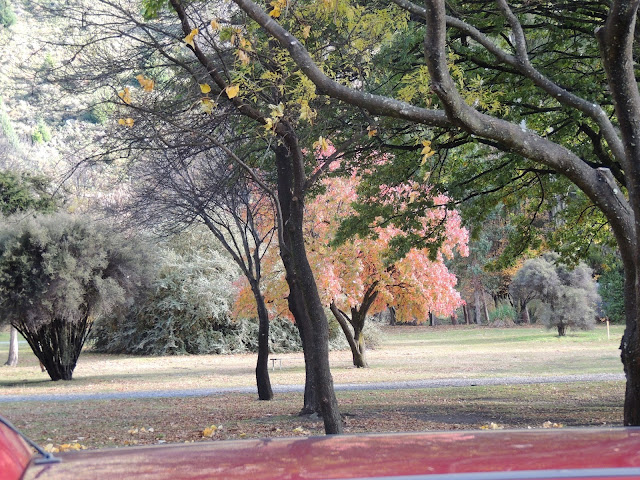 Breakfast is haloumi, vegetables, and fruit. We're running low on food and today's the day for a short trip to Wanaka to replenish the stores. 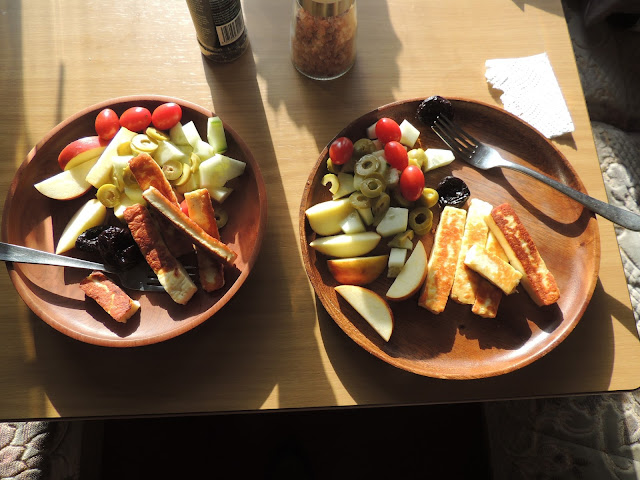 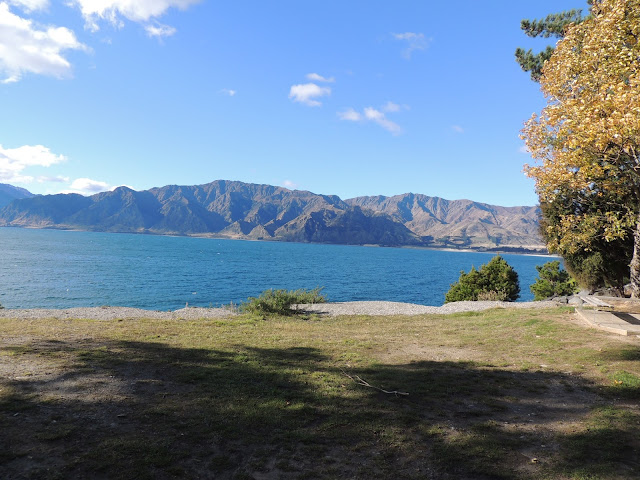 Wanaka /ˈwɒnəkə/ is a popular ski and summer resort town in the Otago region of the South Island of New Zealand. It is situated at the southern end of Lake Wanaka, at the start of the Clutha River. It is the gateway to Mount Aspiring National Park.
Wanaka is primarily a resort town but has both summer and winter seasons. Its economy is based on the many outdoor opportunities this offers. The town was originally settled during the gold rush of the 19th century.  Along with the rest of the Queenstown-Lakes District, it is growing rapidly, with the population increasing by 50% between 2005 and 2015. 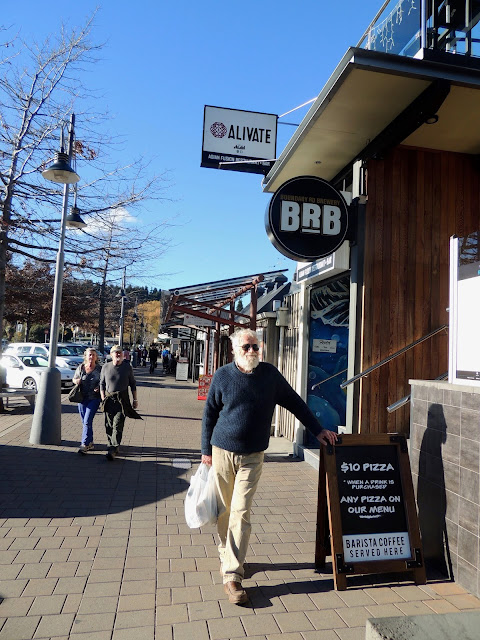 First order of business (after a stop at the Salvation Army Home Store) is lunch. A couple of bowls of seafood chowder and the requisite flat whites. 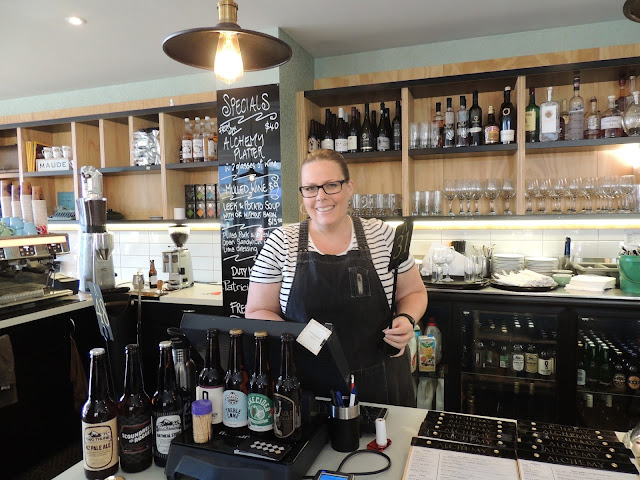 I need one of these in my wall at home! 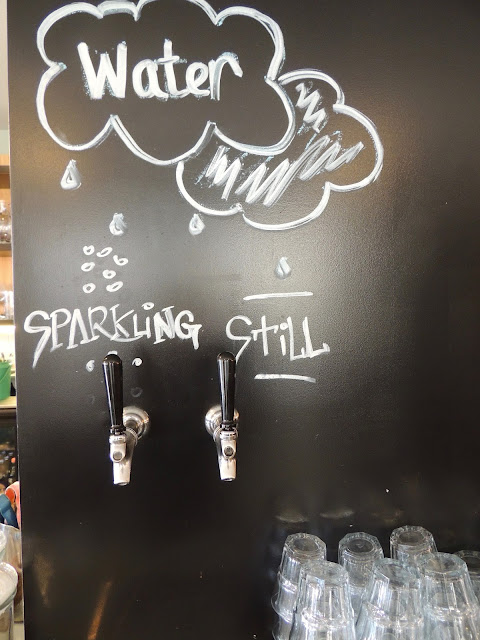 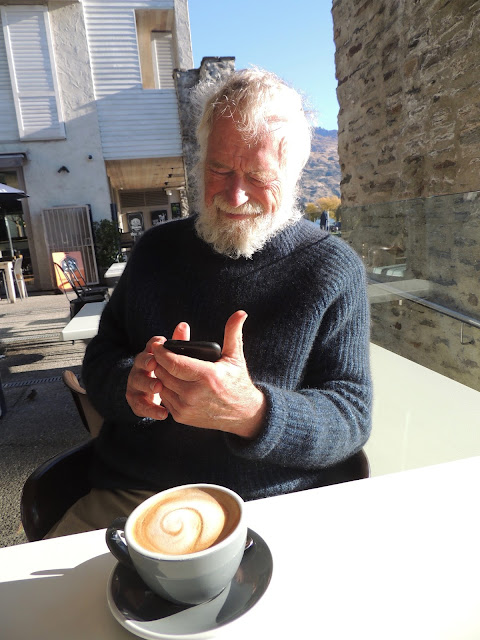 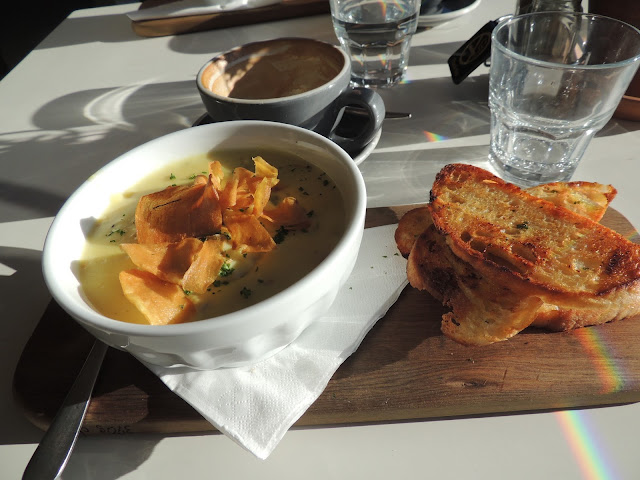 It's difficult to see the lake from our perch, but it's back there, the star of the show along with all those ski fields. 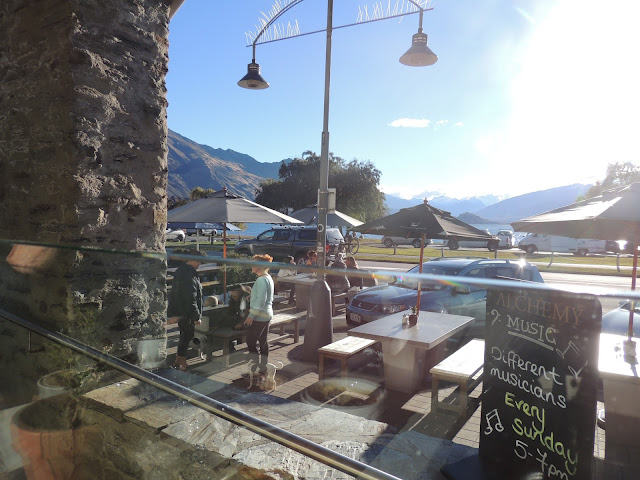 The streets and sidewalk cafes are packed on this warm day. 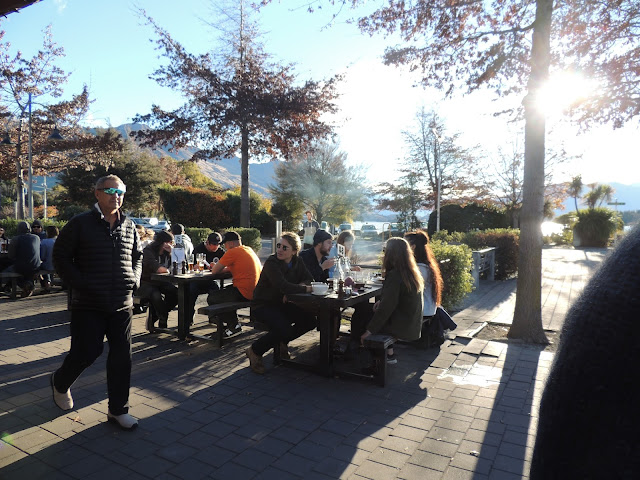 After shopping we returned to our Lake Hawea camp to hear plans of a marshmallow roast at the big fireplace on the lake. And so we gathered with a small group that included the young couple managing the camp, who told us about the many US hunters who come here to shoot in the region. The Milky Way brushed the sky with incredible clarity. Tomorrow we might head for a campground on the west side of Lake Wanaka. Sweet dreams, campers... 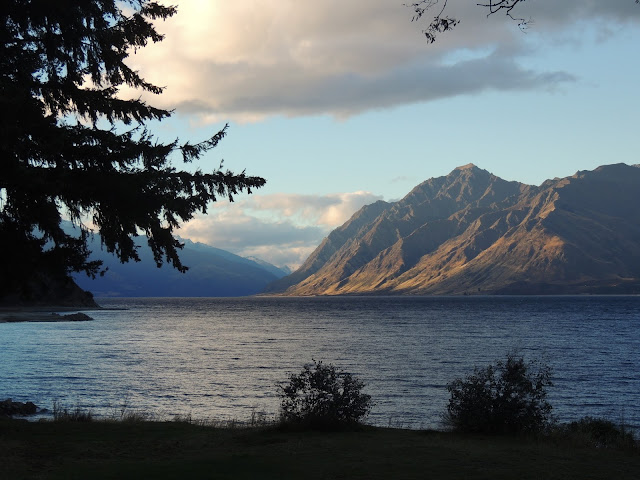