Maori called the Buller River Kawatiri, or deep and swift, perfect descriptors. It's 80 feet deep at one point. We're camping along the Buller and it's a river of many moods. Here's the lazy flow of it down from where our caravan is parked. 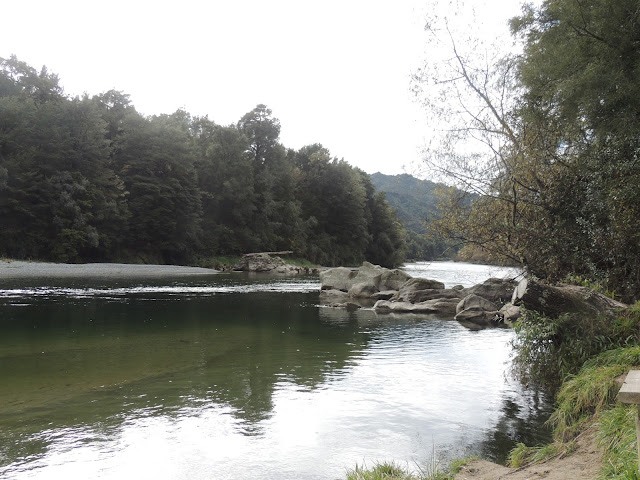 Murchison’s story and the Buller River and its tributaries are inextricably entwined.  The mighty Buller begins its 177 km journey to the West Coast from the Nelson Lakes National Park.1  It finds its westerly path near Murchison, which is located on the Four River Plain at the confluence of the Buller, Matakitaki, Mangles and Matiri Rivers.2 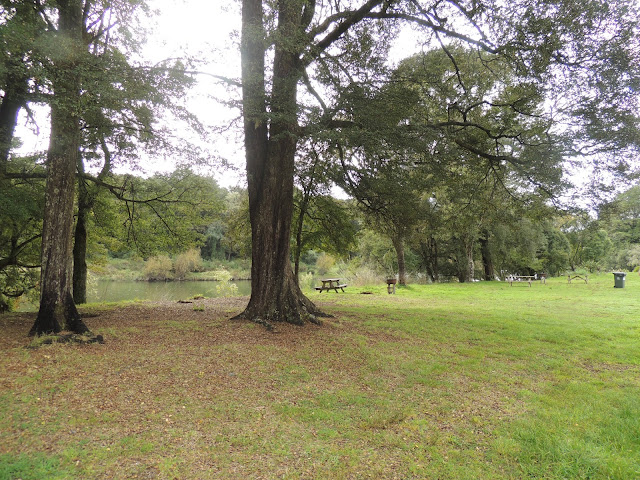 The river at the Buller Gorge is another matter. Near here is the river's narrowest portion, a chute that flings river rafters into the rapids. Here's Art coming across the nervy swingbridge, NZ's longest, to the other side where we'll meet up with the jet boat. You're wise to hold the handrail cables as you step carefully, one foot in front of the other. 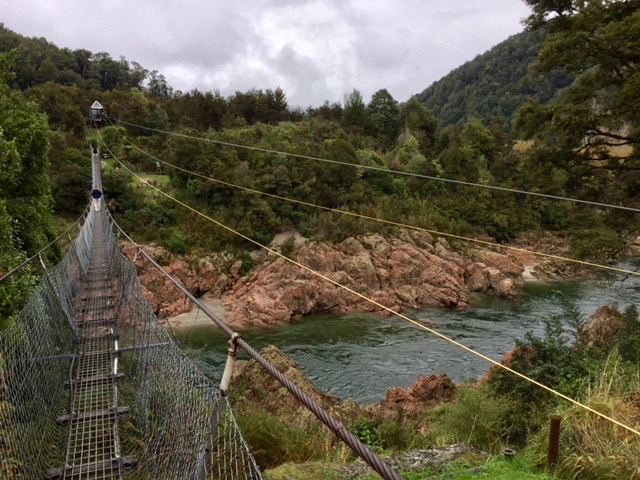 I tired to make pictures from the bridge but it was a little, uh, unsteady. Look at that pink granite. 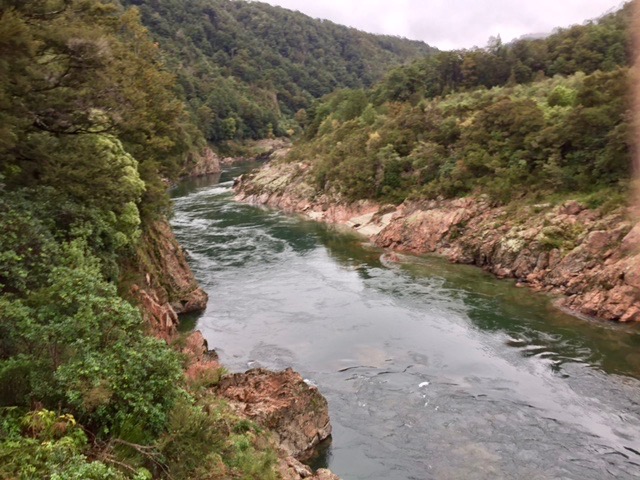 Art's been reading a book about Bill Hamilton, inventor of the jet boat. Here's a squib on him, and read more here:
Bill Hamilton’s jet-boat revolutionised river and shallow-water navigation. It enabled people to travel for the first time, at high speed – up rivers and waterways all over the world. It was a craft that sped people up the Colorado, Ganges, Amazon, Congo, Mekong, Yangtse and countless other rivers. It opened the door to exploration and the supply of goods and medicines to otherwise inaccessible areas. The jet-boat also became an exciting new form of recreation. It situated Hamilton proudly in the lineage of New Zealand inventors who answered our need for speed. 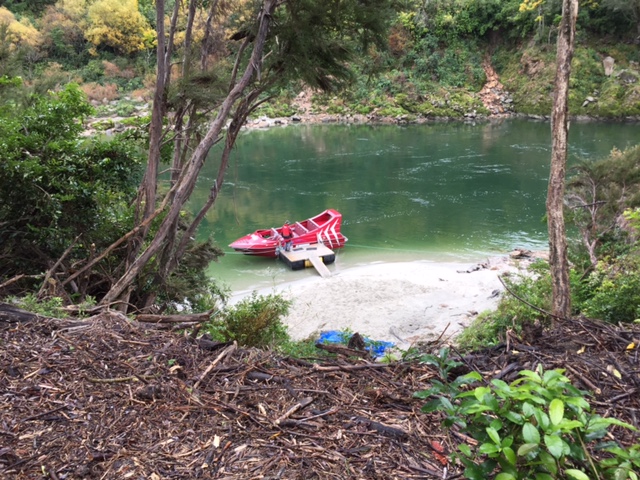 Jet boats are known for speed and maneuverability in as little as four inches of water. Our driver Mark got his new jet boat just about a year ago and, trust me, he knows how to make it go. With a little bit of warning, we held fast to the (heated!) handrails and did astonishing 360-degree turns, blasting us with backwash, laughter all around. Big fun. 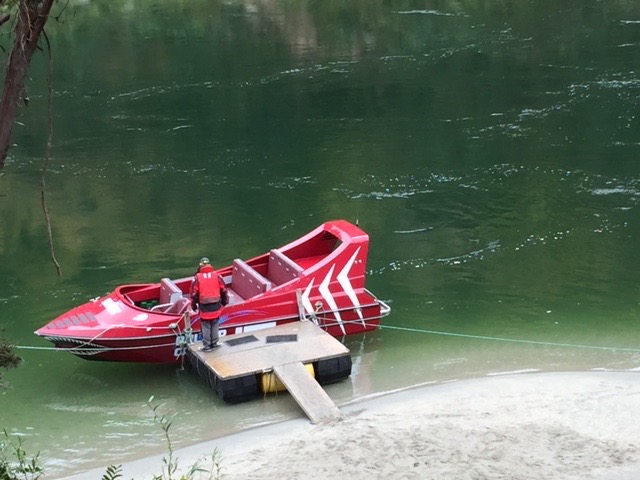 Still dry at this point. 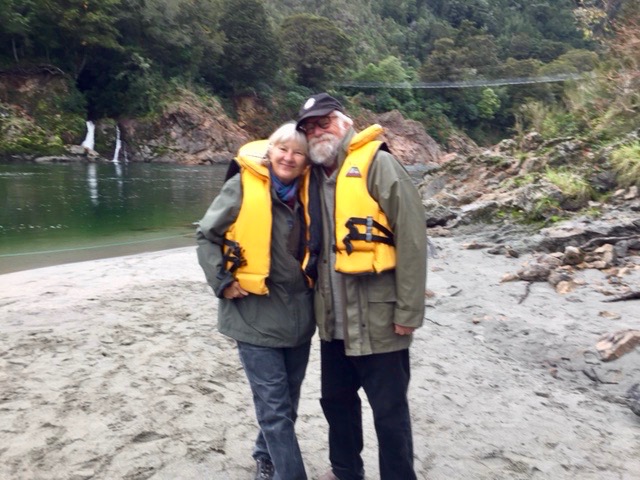 Here we go. These stills don't do the crazy ride justice, but do offer a glimpse of this gorgeous river. 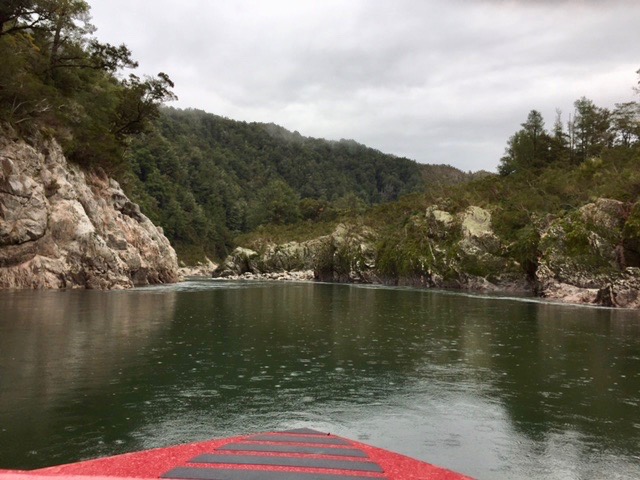 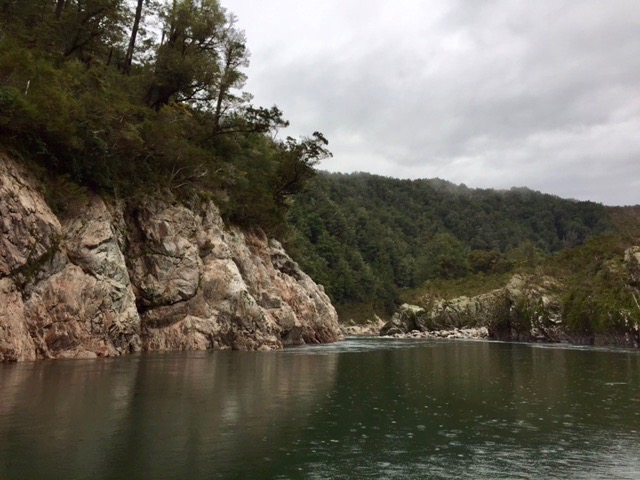 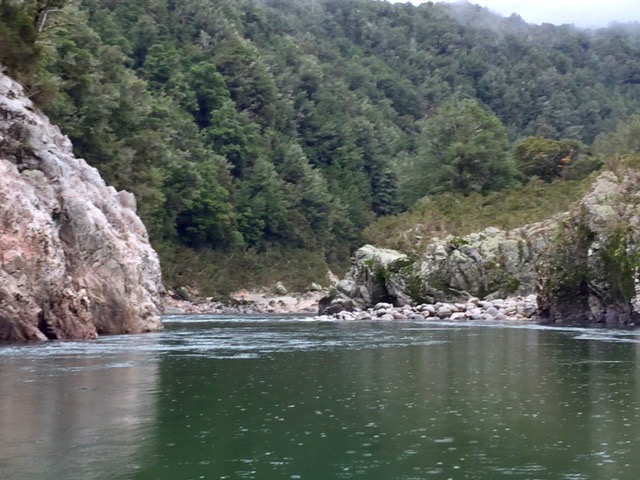 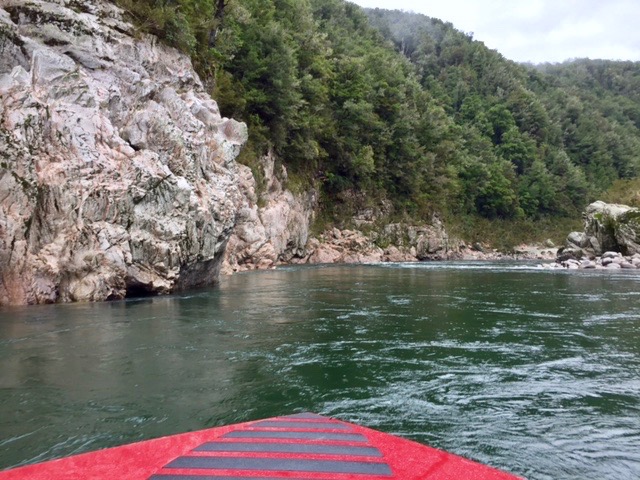 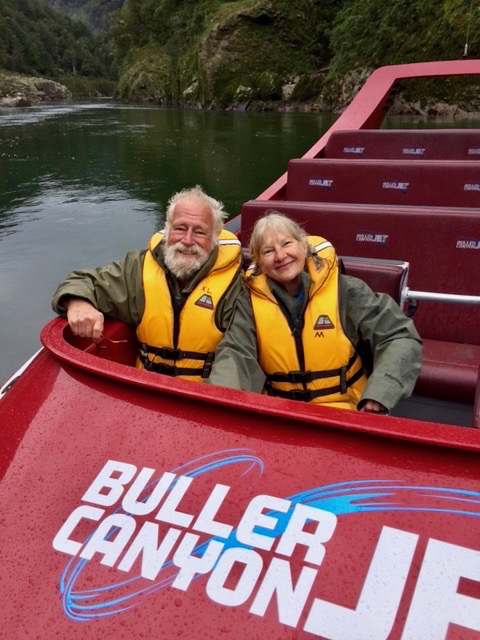 Here's the narrow portion, which brings the water to a boil. Of course we can't go up that steep granite shelf. 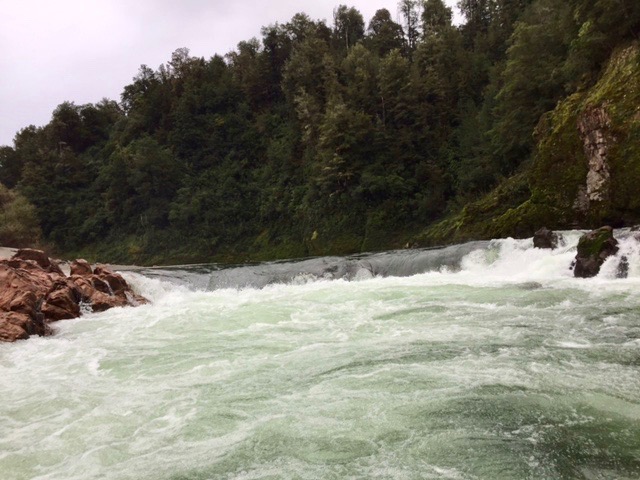 Driver Mark: funny, personable, fast, and safe, the ideal combination. These boats just scream along. We had a lot of fun and were the only riders yesterday, the very end of high season in NZ, post-Easter and the final day of school holidays. 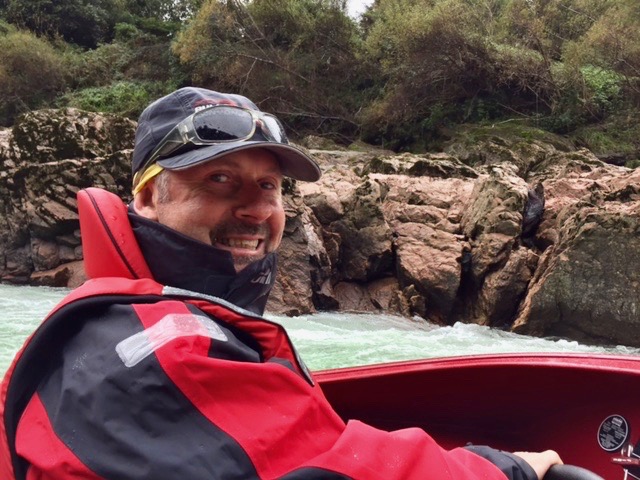 For a small taste of what the ride's like (we didn't have a go pro or waterproof camera), check out this video. Maps and videos don't show up if you're viewing via email. Go to our site here for more.