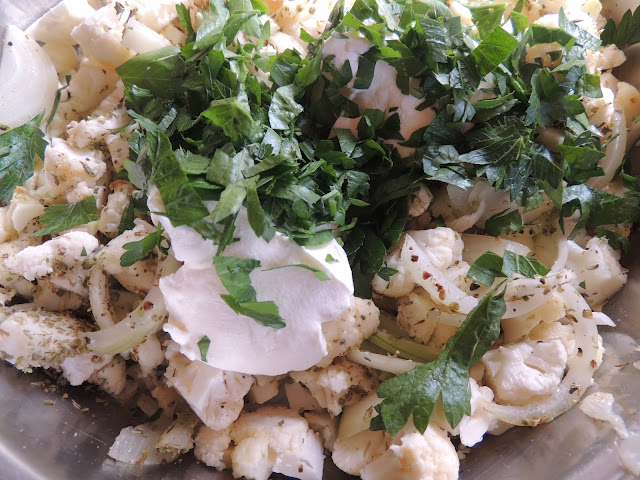 We don't always speak to fellow campers. Most people give off a friendly, open vibe if they want to have a conversation. Others keep to themselves. I ran into this fellow several days ago outside the shared kitchen. He was making a photograph of a rabbit. When I walked past he looked up, smiled, and said "Bunny. Gone!"

I could immediately relate to my own experience trying to convey basic ideas using limited Spanish (goes without saying he has more English than I do his language). Anyway, he was friendly and for three days has been working diligently on outfitting this van. Which, if I understood our exchanges, he purchased recently, completely empty. 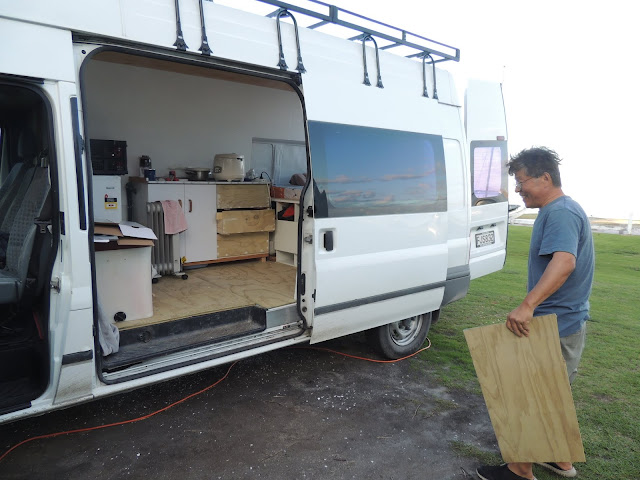 He's been sawing boards and putting them together to make drawers. You can see them coming together below, along with everything else he's built. Most impressive. Today we were at a secondhand shop and Art found a stack of sandpaper, which he bought to share with him. I wonder what the rest of his story is. 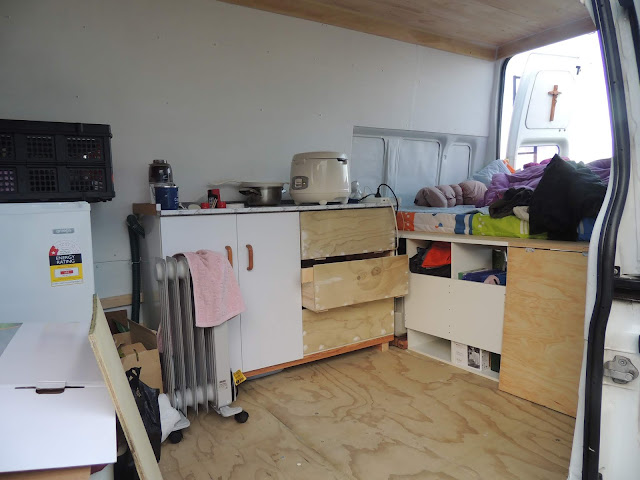 Here's another one. When I saw the driver of this giant campervan swinging it confidently into her assigned spot I felt I knew her already. I had to check myself. If a man were driving this rig with so much swagger would I respond the same? 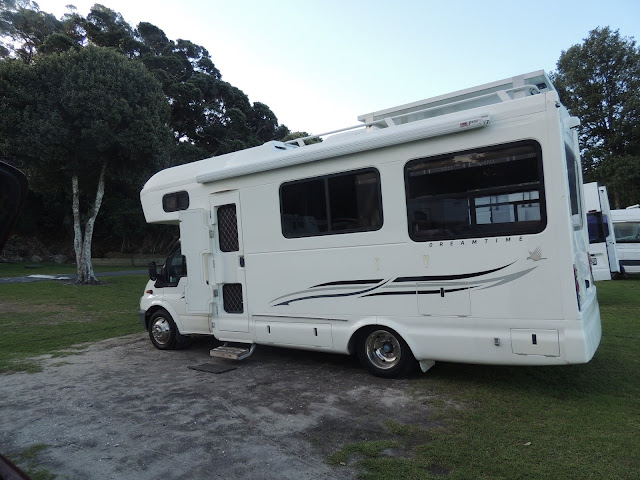 It turns out Angela is exactly who I thought she'd be. 85 with energy to burn, jewelry and make-up in place. Talking to people in the campground, mentioning her late husband who used to be there with her. A North Islander on her way to visit her daughter, confidently piloting her campervan from way down south through Auckland rush hour traffic and staying at campgrounds all the way north.

Some people just keep that fuse lit. We really liked her. 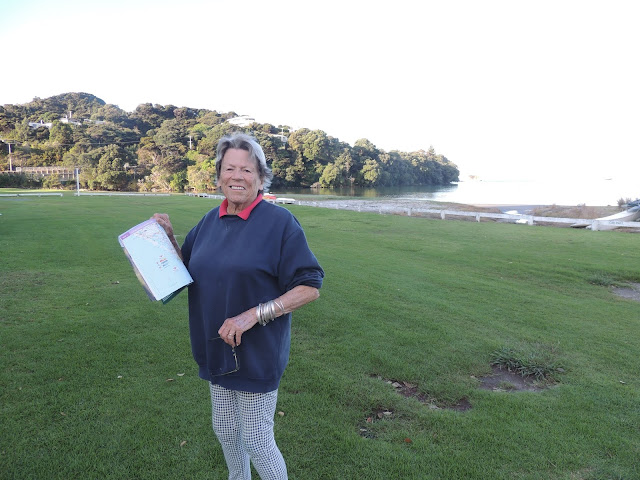 Here's a tiny storage spot in our caravan that Art hadn't noticed (how is that even possible?) until I asked him why it was empty. Now, of course, it's filling up. 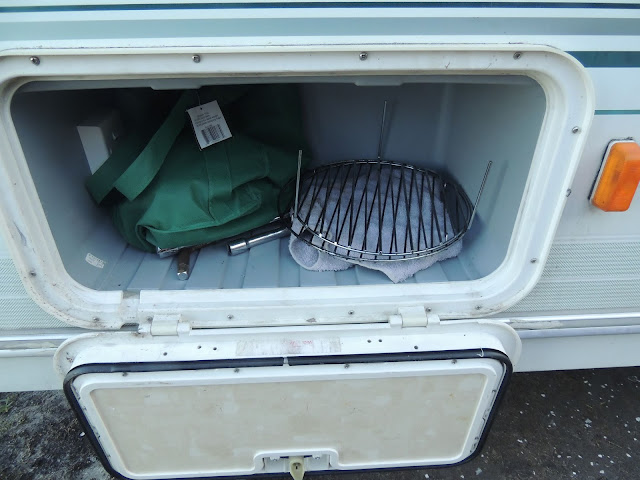 It's Easter week in NZ, a big holiday that most people have off, meaning this Friday through Monday will be packed on the roads. So we're diverting from our original plan to head north to the Bay of Islands and other (extremely) popular spots and instead will go directly west, to avoid the crowds at least until next week. Then we'll take a clockwise approach to those same places, starting on the wild west coast.