Art woke at sunrise at the Uretiti DOC camp and put his phone out the window over our heads to snap this remarkable wake-up call. 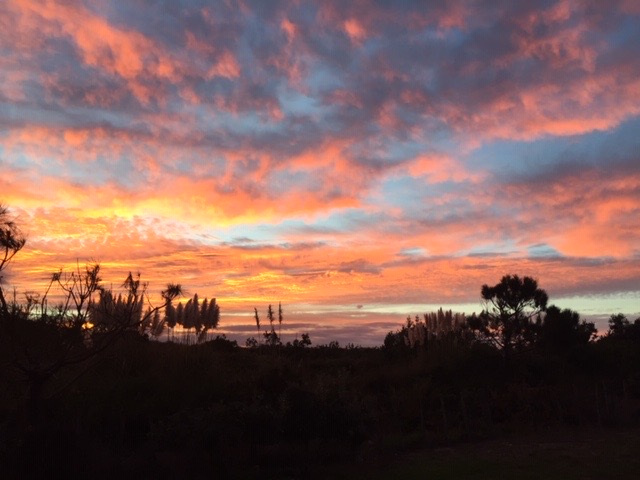 Yesterday I talked about the refreshing "park anywhere" ethos of the DOC campgrounds vs the more organized, privately run ones.


This is one of those 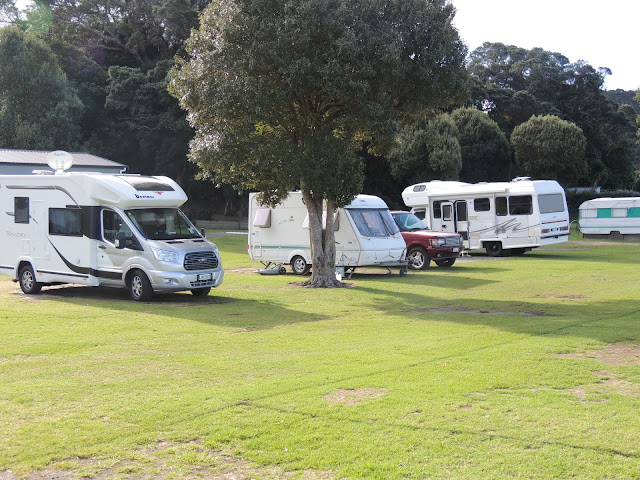 Still, the site comes with electricity (and kitchen, bathrooms/showers) and a sweet view of the quiet Mangawhai Heads harbor. Rain sent us scurrying off this morning and when we arrived here it was blue skies for a bit, but soon the showers began. 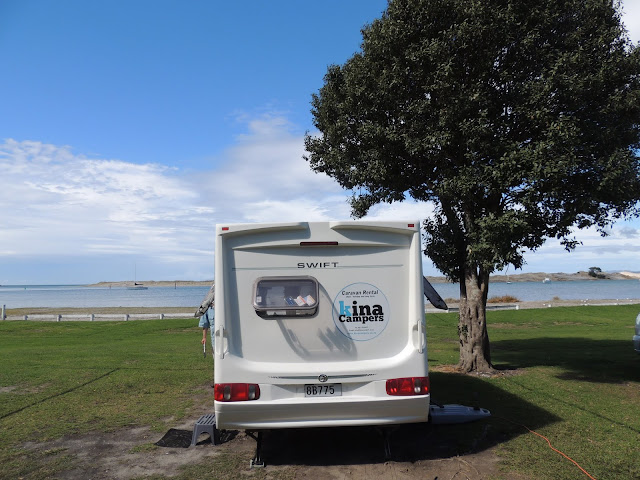 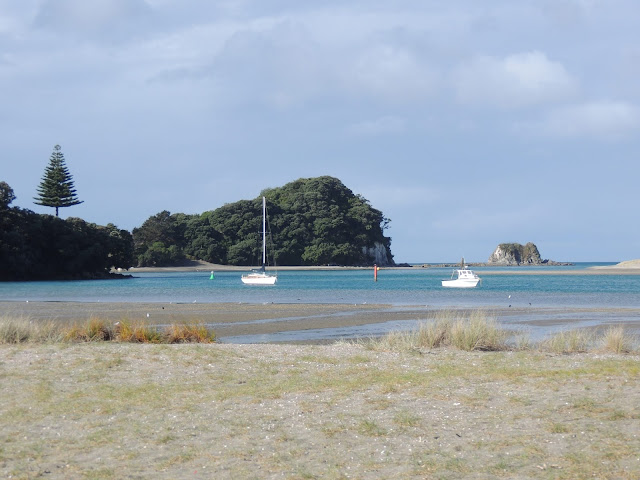 I put myself into navigator purgatory today after two bad map calls getting here. The first was easily redeemable. The second, which required turning around (Rover and caravan) on a narrow side street that had no exit), not so much.

Art says all is forgiven, but I called up a rainbow just in case. Tomorrow we'll walk the Mangawhai Cliffs Walkway. 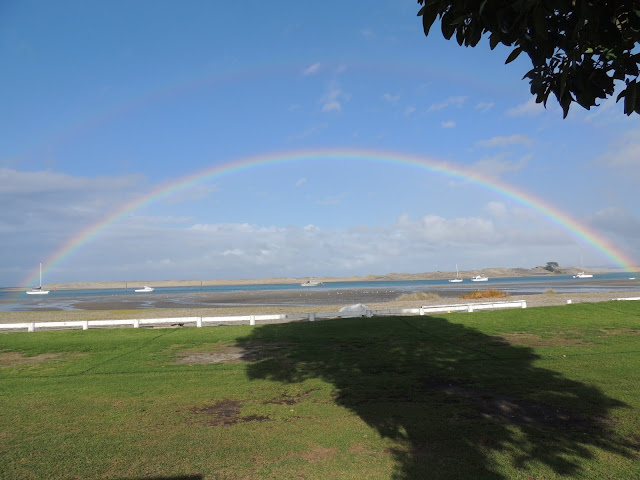 Via this link, here's a piece of Mangawhai's dramatic history (I will not be taunting any stingrays):
Early Te Uri o Hau arrived on the shores of the Kaipara Harbour around 1250 AD. The blood of thousands of men, women and children was spilt while defending their right to occupy their tribal area...

Mangawhai takes its name from the Ngati Whatua Chief Te Whai, who lived at Pakiri before being expelled by a Ngapuhi war party and retiring to Manga-Te-Whai, the place of Te Whai where the streams meet. Mangawhai or “Stream of the Stingray relates to the evil that will be returned if anyone should harm the stingrays within the harbour.

In the early 1800’s Mangawhai Harbour area was the home of Chief, Te Whai. According to historians, chief Te Whai settled on a coastal headland Pa, understood to be on the land now known as Mangawhai Point. The value of the area is obvious, providing views up and down the harbour and ready access to fish and shellfish resources, the inland waterways allowed a well- travelled portage to the Kaipara, and the open coast on the other side of the Mangawhai sandspit.

As a measure of respect to such treasured taonga; the Pa has been preserved and protected for future generations to enjoy.

Our route today, with a laughable google estimate of 28 minutes (click here if you can't view). As always, pull out on the minus symbol to get a larger sense of location.