Yesterday we took a field trip to the Trounson Kauri Park not far from our campground. And suddenly we're back humming Joni Mitchell's "Took all the trees, put 'em in a tree museum." Only there's no charge to stroll the Department of Conservation's 40-minute walkway and gawk at these gentle giants while feeling every muscle in your body slowly relax into contentment. 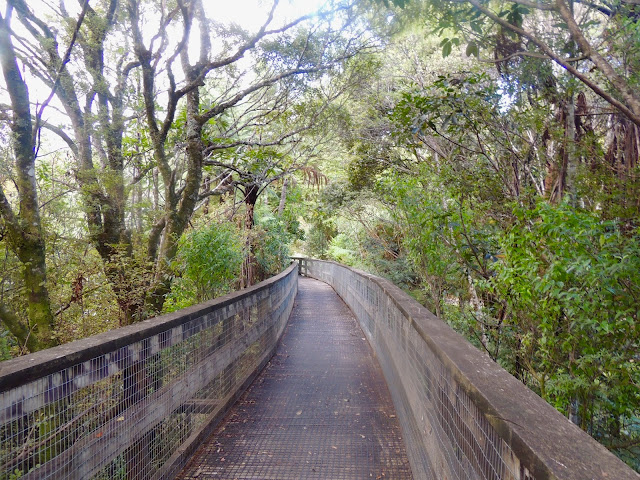 Trounson Kauri Park is the antithesis of the Kauri Museum we visited last week. The former was established as a 1100-acre gift and is a densely biodiverse landscape dominated by mature kauri (Agathis australis) that command you to breathe deeply and look up. Plus lots and lots of birdsong. 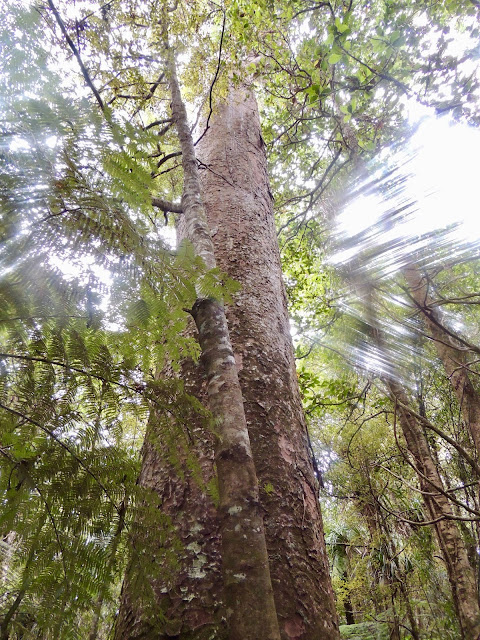 The museum is more an homage to resource extraction, though some of the exhibits were instructive in showing the size of these monster trees and the gorgeous pieces fashioned of their wood. 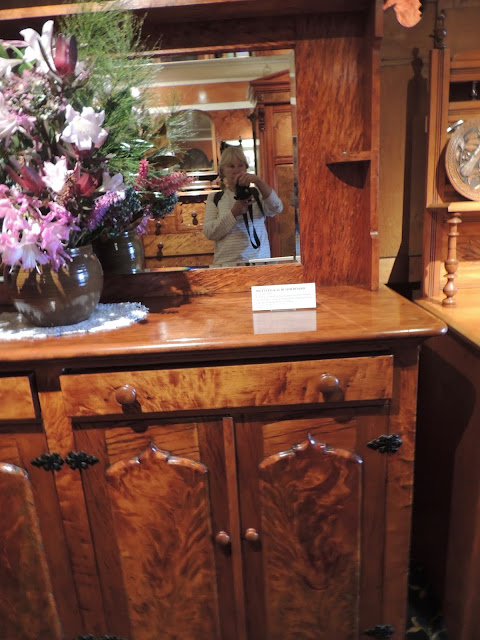 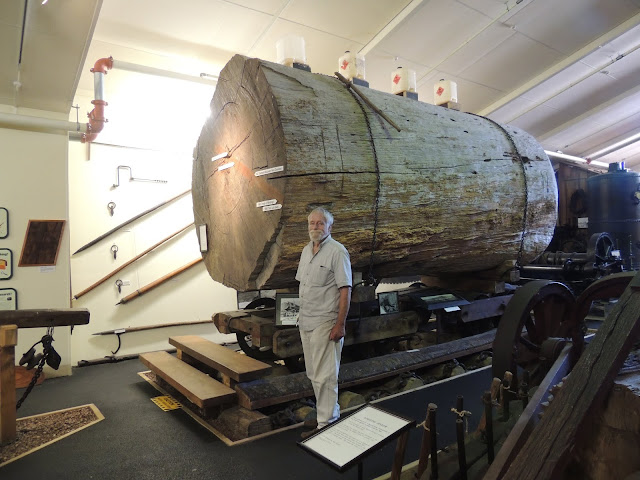 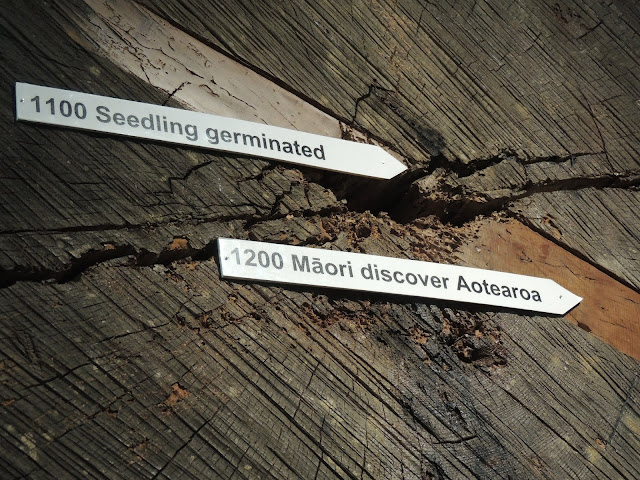 See the slab below 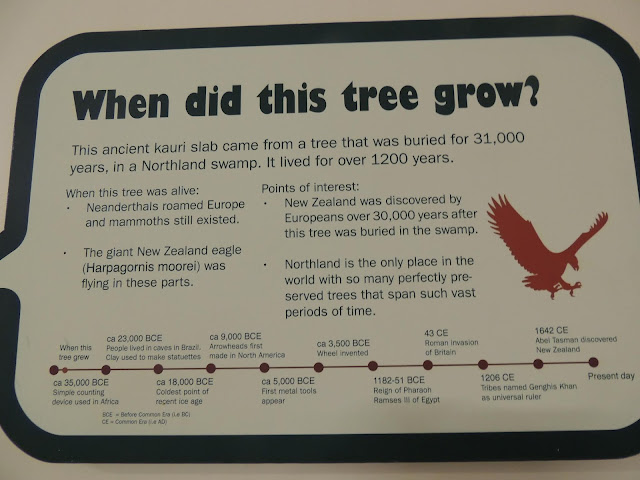 Full disclosure: Art would have liked to take it home. 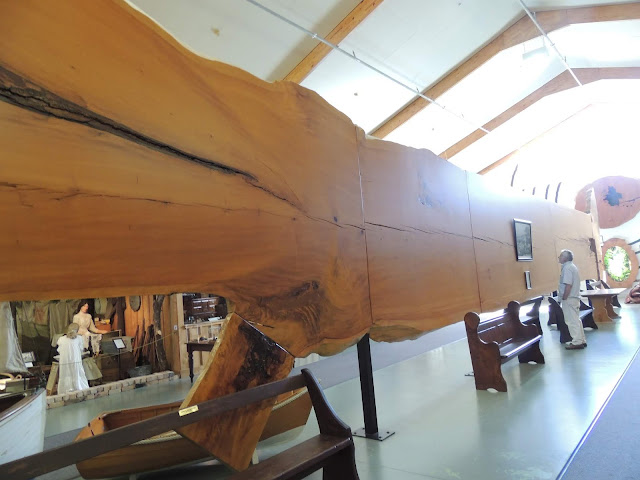 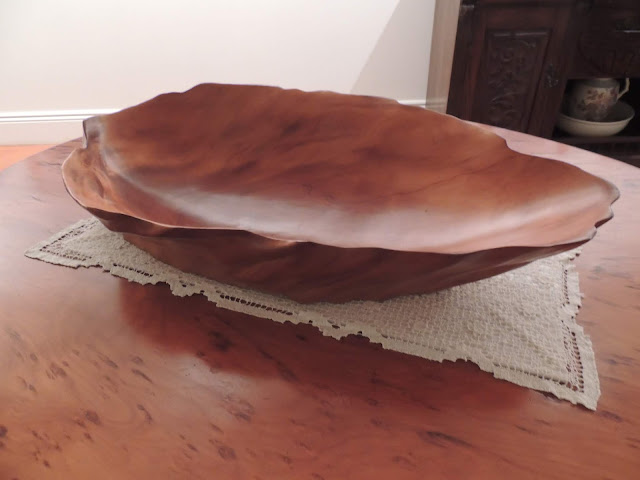 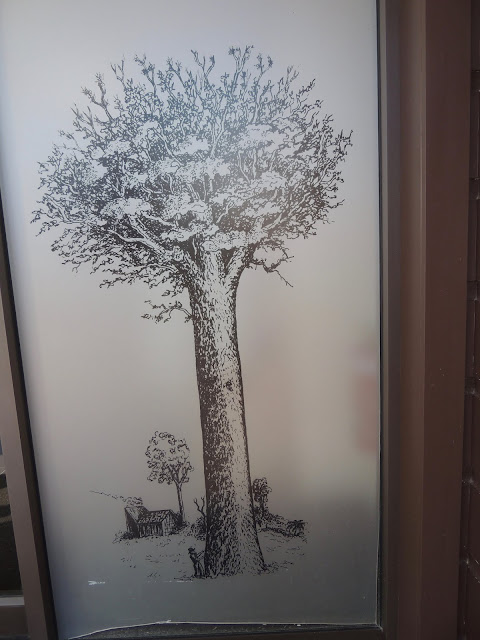 And yet...
Kauri forests once covered 3 million acres from Northland to Te Kauri, near Kawhia and were common when the first people arrived around 1,000 years ago.

The introductory material at the Trounson Kauri Park takes a decidedly different tack than the museum. 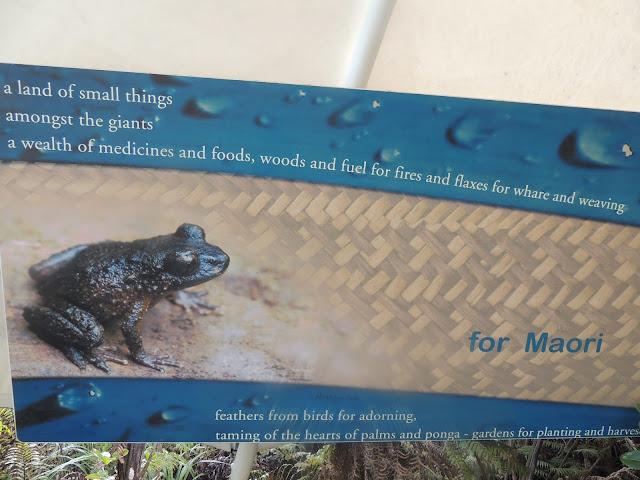 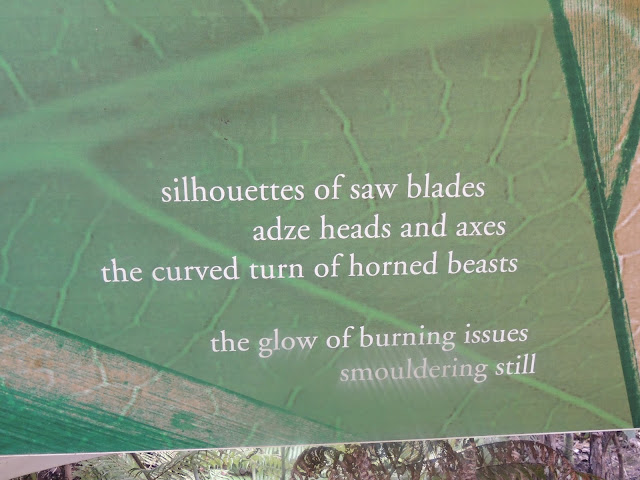 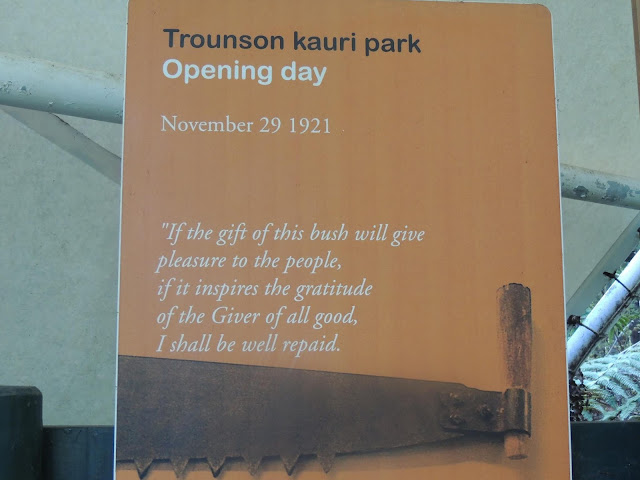 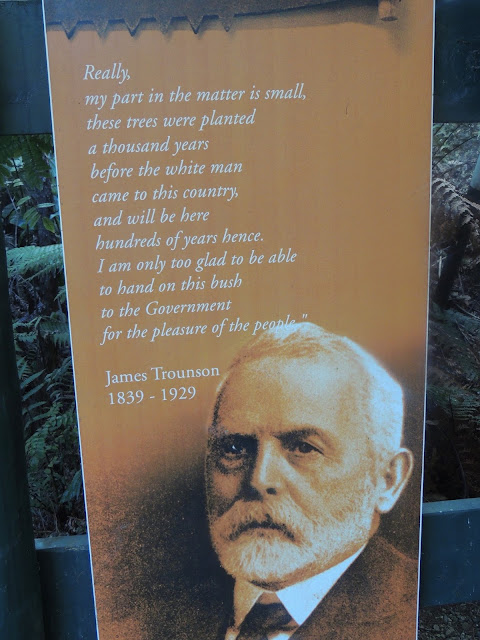 Walking through this forest feels like a sacred act. One doesn't necessarily notice the kauri right away. Like ghosts, they seem to emerge out of nowhere. 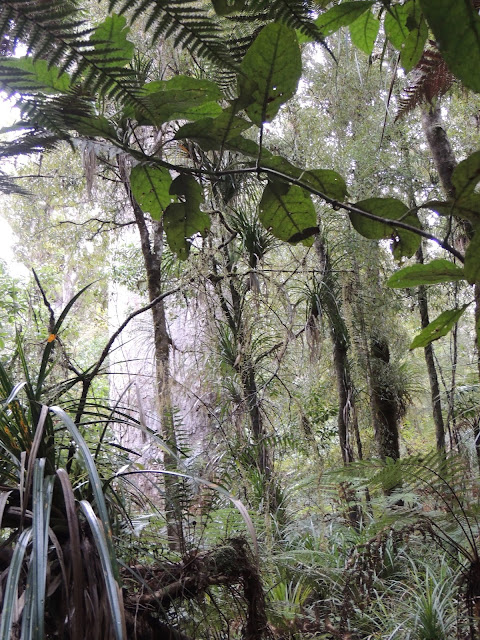 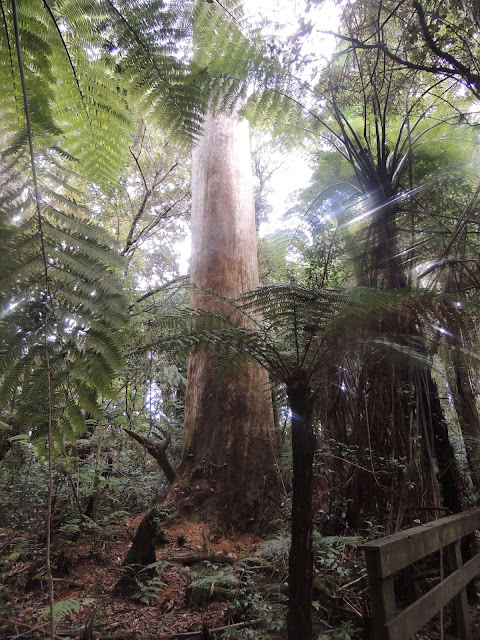 I'm reminded of a phrase in this Letter to London from a young Extinction Rebellion activist: The aim of these protests is "to create moments in time when humanity stops and fully considers the extent of the harm we have done and are doing to life on earth." (Amen.) 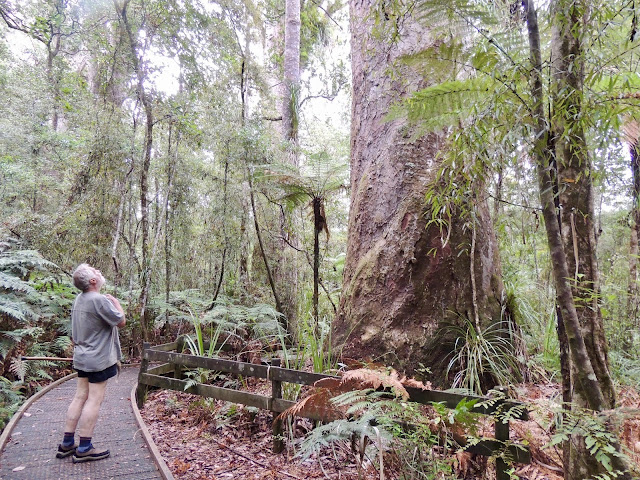 In order to grasp the motivation for immense tracts of kauri to be razed, here's a summary through the lens of NZ Dept of Conservation:
Maori used kauri timber for boat building, carving and building houses. The gum was used as a fire starter and for chewing (after it had been soaked in water and mixed with the milk of the puha plant).

The arrival of European settlers in the 1700s to 1800s saw the decimation of these magnificent forests. Sailors quickly realised the trunks of young kauri were ideal for ships' masts and spars, and the settlers who followed felled the mature trees to yielded huge quantities of sawn timber of unsurpassed quality for building.

The gum too, became essential in the manufacture of varnishes and other resin-based products (ed. note: including linoleum). The gum was obtained through digging, fossicking in treetops, or more drastically, by bleeding live trees. More forest was cleared as demand for farmland and timber increased in the early and mid 20th century. 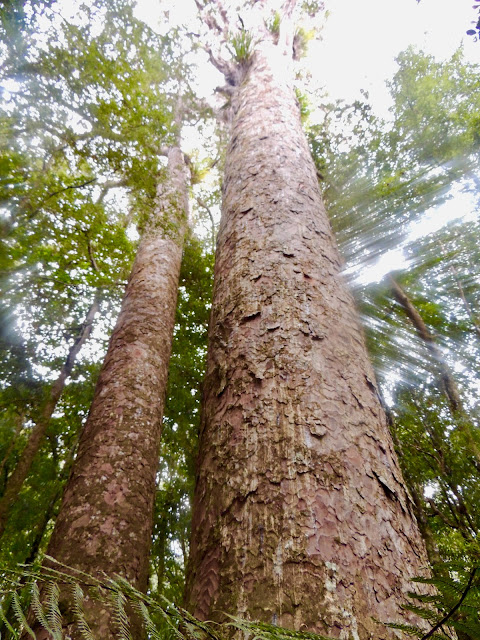 Today most large kauri trees grow in protected government preserves. We'll be visiting the largest kauri in NZ tomorrow, on our way to somewhere. 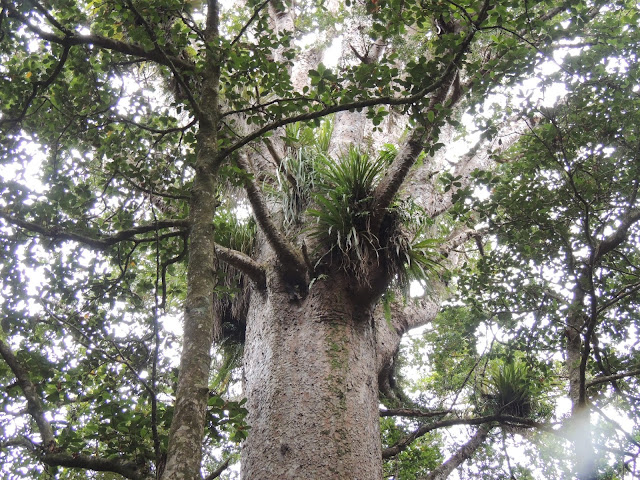 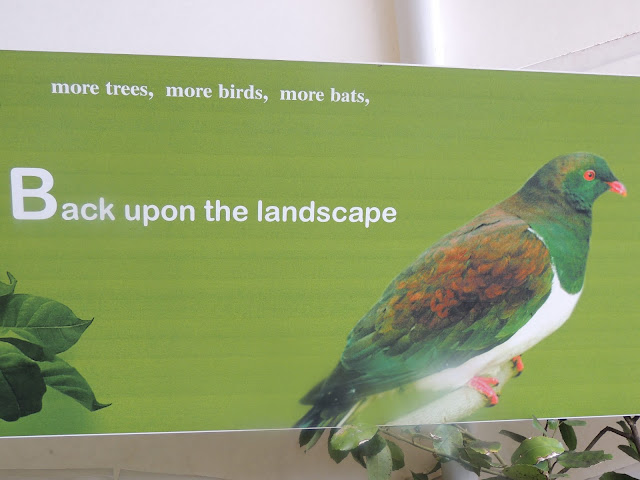 This, from a remarkably salient piece in the NYT (The Earth Is Just Alive As You Are), struck me as germane in pondering the vast tracts of kauri extracted from NZ since the 1800s...


The Amazon sustains much more than itself, however. Forests are vital pumps of Earth’s circulatory system. All of the water that gushes upward from the Amazon forms an enormous flying river, which brings precipitation to farms and cities throughout South America. Some scientists have concluded that through long-range atmospheric ripple effects the Amazon contributes to rainfall in places as far away as Canada. 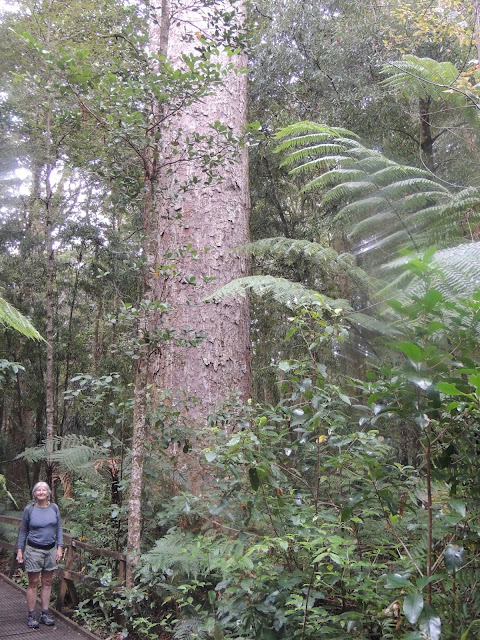 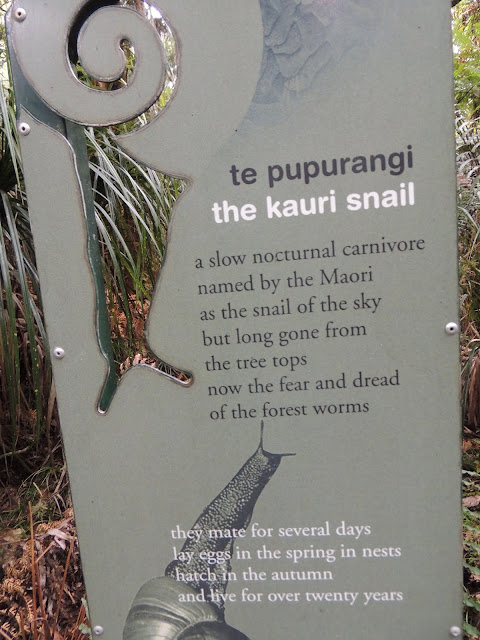 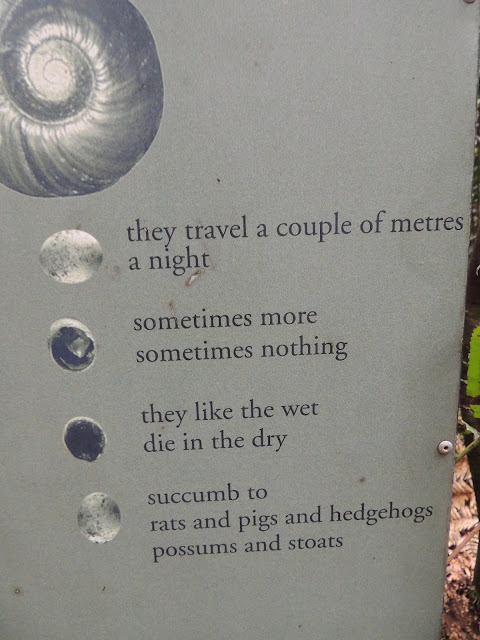 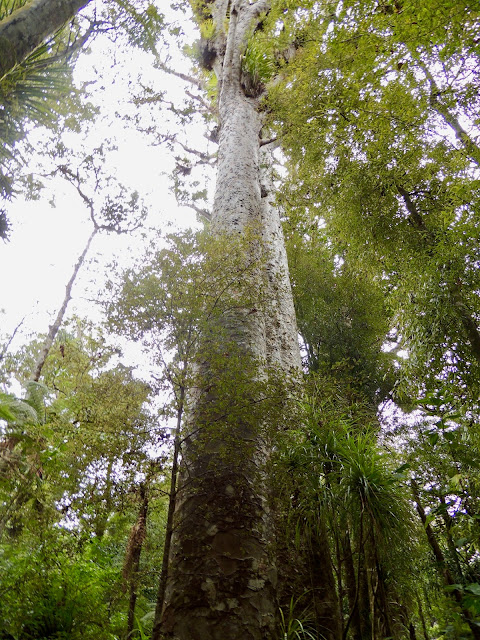 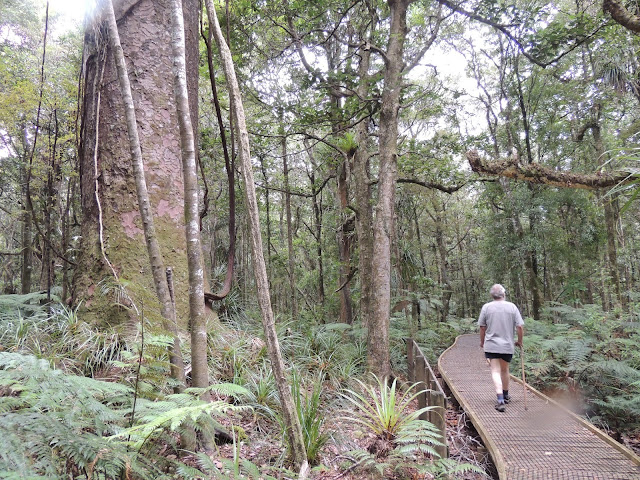 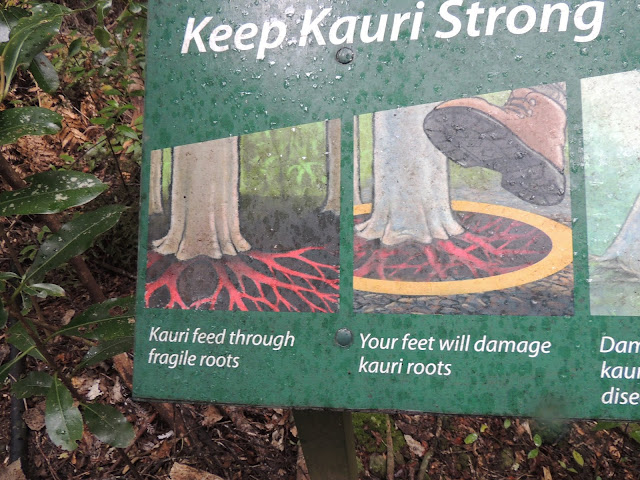 Today kauri face a new threat. Kauri dieback is a fungus-type disease, Phytophthora agathidicida (PA), which is having a devastating effect on New Zealand’s kauri forests in Northland, Great Barrier Island and, potentially, the Coromandel Peninsula.

There is no known cure for kauri dieback, but we can help reduce its spread by cleaning boots and equipment and avoiding kauri tree roots. Any movement of soil around the roots of trees could spread the disease.

If this prevention works, it's simple. Use the built-in brush to scrub the soles of your shoes and then step on the green rectangle to get a spray of disinfectant. 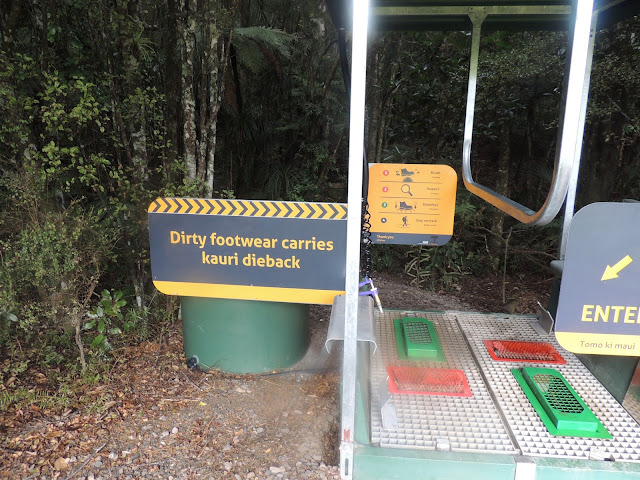 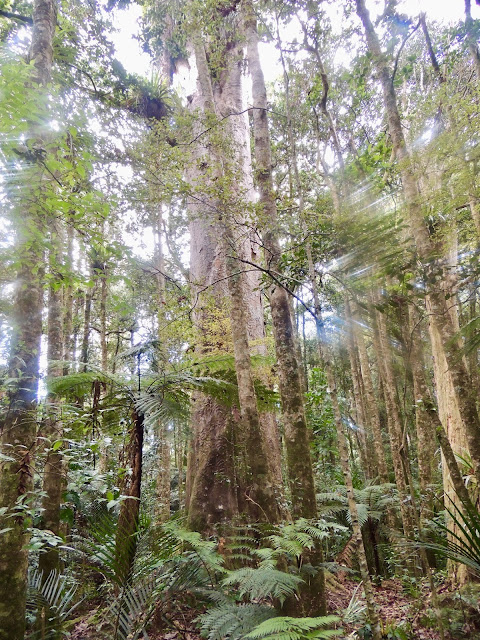 Immense gratitude at the foot of these survivors. 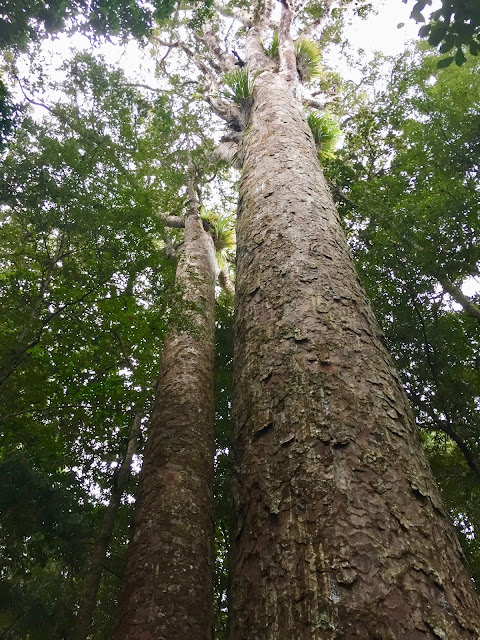