(click here to view in browser)
Good day, chefs. What are you making to eat today? We're on the south end of our provisions so first meal for us was cabbage and onions with sour cream and tamari to accompany a nice steak from the grill. Nobody's going hungry here.

Our friends in Wisconsin got going on soda bread when they couldn't obtain yeast during the early days of the pandemic. They like it because it's faster than yeast bread--no waiting for yeast to proof with warm water, no waiting for the bread to rise, no punching it down and waiting for it to rise again. 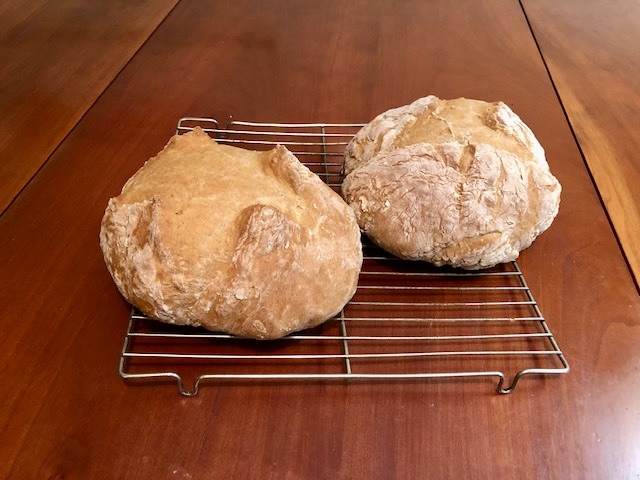 Bill writes: Bread making is an art and a science. The art resembles pottery, kneading the dough and spreading flour and mess everywhere. It's good fun. Science because making bread is a lot like chemistry with the exacting combinations of ingredients and processing the mixture by baking it at an exacting temperature for an exacting length of time. So much for theory, therein lay the mysterious properties of the bread in our oven.

Combine the dry ingredients in a large bowl and mix very thoroughly.  Make an indentation in the flour mix and add the yogurt and the soured milk.  Combine by hand to make a biscuit dough.  If it is too stiff add a small amount of milk.  Knead the dough on a floured surface for several minutes until smooth and velvety.  Form into a round loaf and place on a well-buttered cookie sheet or round cake pan.  Cut an X across the top of the loaf.

Bake in a preheated oven at 400 degrees for 35 to 45 minutes.  Tap the bottom of the loaf.  If it does not sound hollow cook it an additional 5 to 10 minutes and test it again.

Cool on a rack.

Experimentally, we tried making two loaves from the one loaf recipe’s ingredients because we like the crust so much (editor's note: wholly concur).

Here's the outcome showing two loaves, one of which was sliced prematurely.  I nailed it back together with toothpicks and baked it again for and additional half hour. NB: Beard's temperatures and bake timing worked well for my first loaf, but apparently we had trouble with the oven later. I followed the New York Times recommendations for time and temperature, 15 minutes at 450 degrees reduced to 400 degrees for 35 minutes (ours took still longer).

An interesting result from the NYT recipe: the very high initial temperature causes a hard crust to form.  It's good if you like a very crunchy crust. I'd suggest following Beard or just setting the temperature at 400 degrees and letting the bread bake.  If it doesn't work, stick it back in the oven.

It's such a dense bread I don't think you could overcook it as long as it doesn't burn.
(Please pass the butter.) 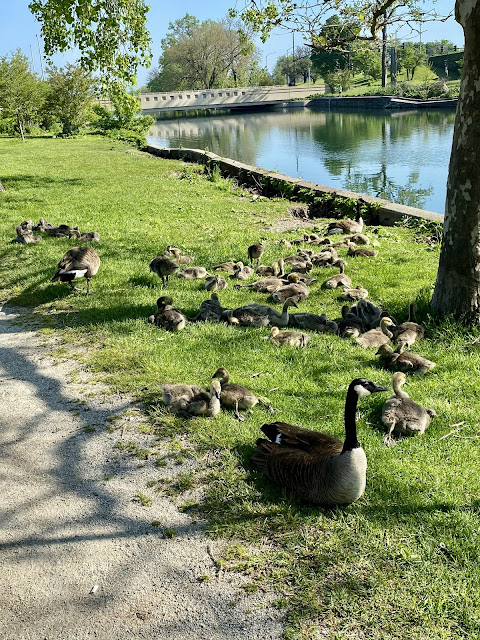 Bread is in my lap,
Stars are far, far away.
I am eating bread looking at the stars.
I am so engrossed, don’t even ask—
Sometimes I get mixed up and instead of bread
I eat stars. 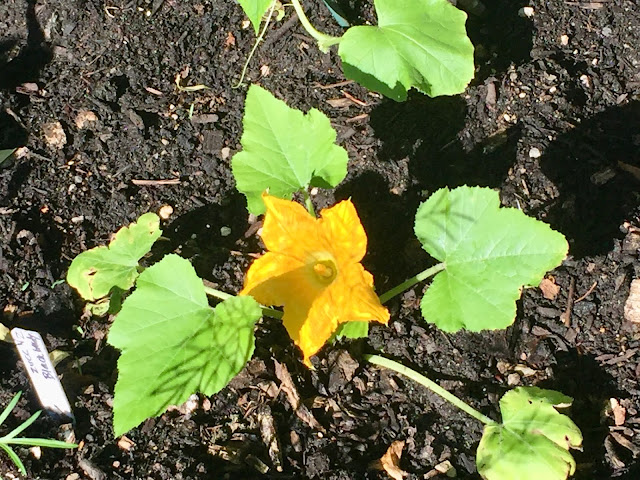