When you wake up on a train, you never really know where you are until you ask. 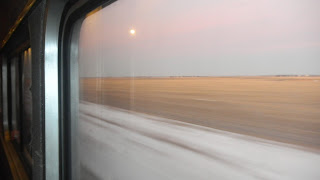 One of the non-negotiables in Amtrak’s dining car is community seating.  And when two people slide into the booth across from you the first questions usually are: so where are you heading, where are you from? With a cup of coffee to acclimate, you never know where the conversation will lead.
This morning at breakfast we learned that a 3-bedroom house in Williston, ND, rents for $6000 per month. You’re wondering how this could be? Here are the two ex-Marines from Louisiana we breakfasted with who are working the oil fields in Williston along with tens of thousands of others. 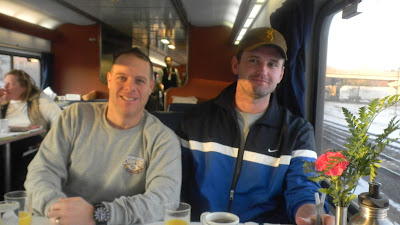