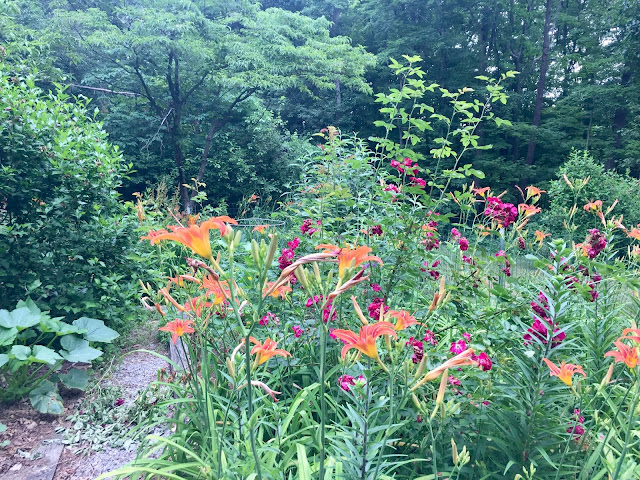 Good day to you, chefs. It's summer, so please think about making pickles. Bread and butter pickles, dill pickles, all pickles. Trust me you'll start eating them with everything. We got these cuke beauties in our CSA box and have a zillion more on the vines in our gardens. 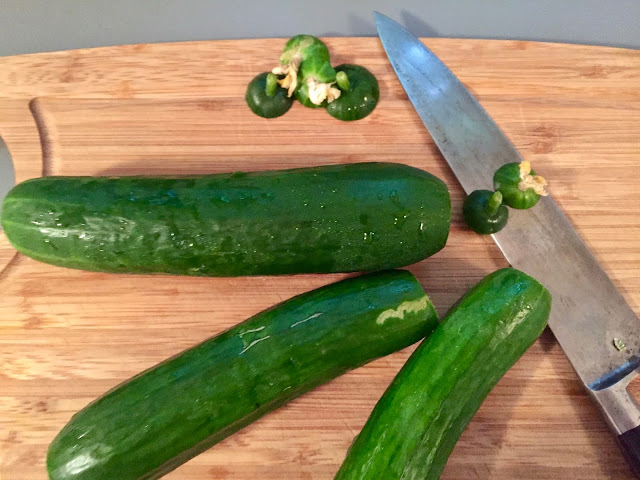 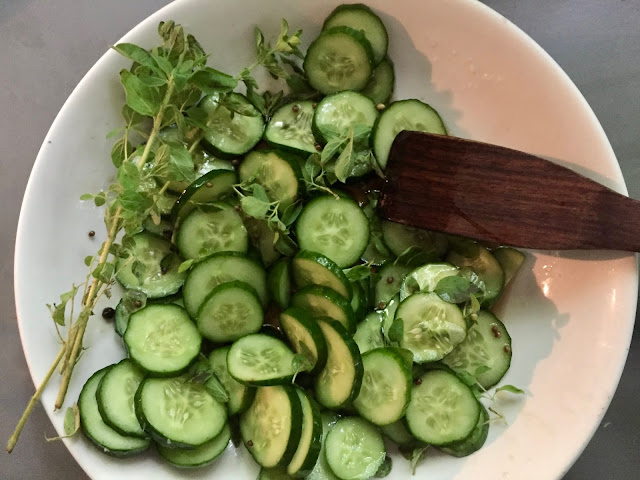 Bread and Butter Pickles
(Click here for this Smitten Kitchen recipe and more notes)
Adapted from The Dispatch Kitchen, a few other sources and personal taste
Big important note, especially if you are unfamiliar with bread and butter pickles: these babies are sweet! So very sweet! So sweet that I thought that the sugar level was a typo but sure enough, every other recipe I found listed sugar amounts in cups. Ayee. This one only called for one but I reduced my batch to 3/4 of a cup for a bread-and-butter pickle we find on par with the level of sweetness you expect from them. As in, it is probably “correct”. But, I will still reduce it to a 1/2 cup next time, to accommodate my taste preference, as you should adjust it to yours.

I also reduced the turmeric, which seemed like way too much, and added celery seed, because I like it with pickles.

In a medium bowl, combine the cucumbers, onion and salt. Mix well. Cover the mixture with ice. Let stand at room temperature for two hours. In a pot, bring sugar, vinegar and spices to a boil. Drain cucumbers and onions. Add to vinegar mixture and bring almost back to a boil. Remove from heat and cool. You can store the pickles in an airtight container for up to three weeks in the fridge. They will begin tasting pickled in just a couple hours. 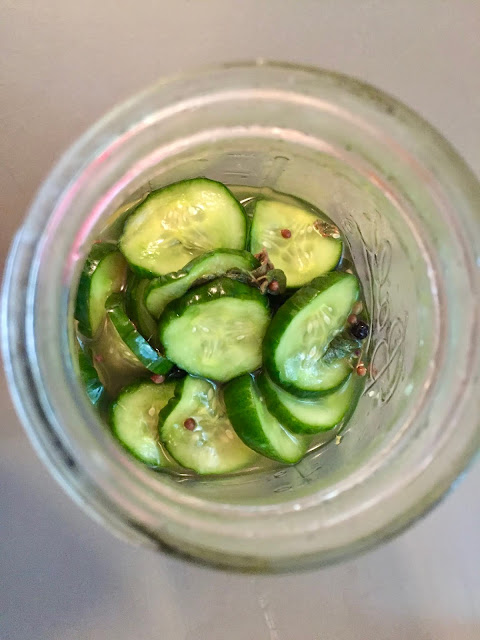 To go with your pickles, this video will make you laugh...