Chris is growing the Beauregarde Snow Pea from Row 7 and look at that gorgeous flower. 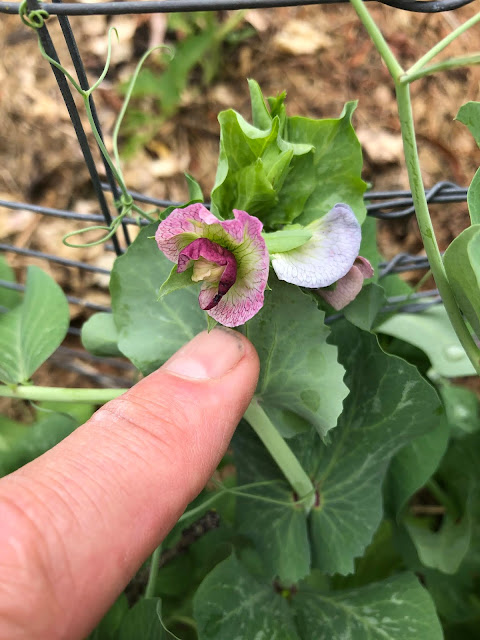 Via Row 7, here's what the mature snow pea looks like.
Remarkably, it holds its color during cooking.
(Send us pictures, Chris.) Hi chefs. Today Maila checks in with a classic pasta salad/chicken wing combo that just might spur you to create a similar meal in the summer weeks ahead.
Maila writes: In the sweltering heat, this is an “easy to feed a huge crowd” recipe--also fine for two people if that’s what’s called for. It lasts very well in the refrigerator for a couple of days so I enjoy making a large amount to have on hand. 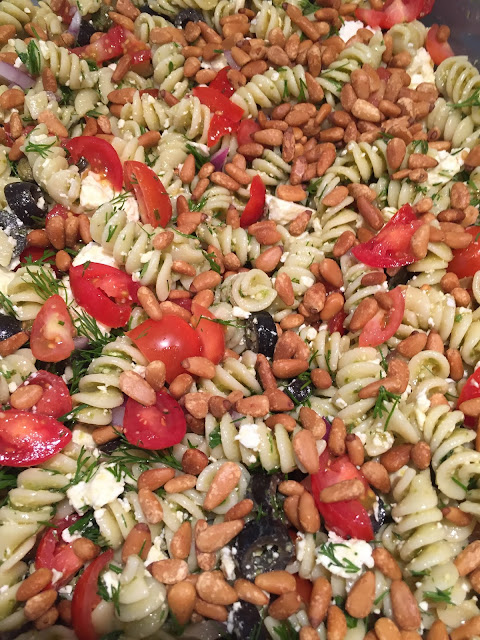 Ingredients:
--Pasta cooked in generous amount of water to which garlic powder and red pepper flakes have been added. I prefer fusilli or rotini since the main part of the dressing is pesto, which adheres well to this type of pasta.

Measurements are to personal preference, but for the dressing I always use the Costco Kirkland brand of pesto straight from the jar, stirring it into the cooked pasta. After adding the rest of the ingredients except the toasted pine nuts, I adjust the dressing with some olive oil, lemon juice, and lemon zest. I add very little, if any, salt since the feta and olives contain quite a bit.


How 'bout those wings? 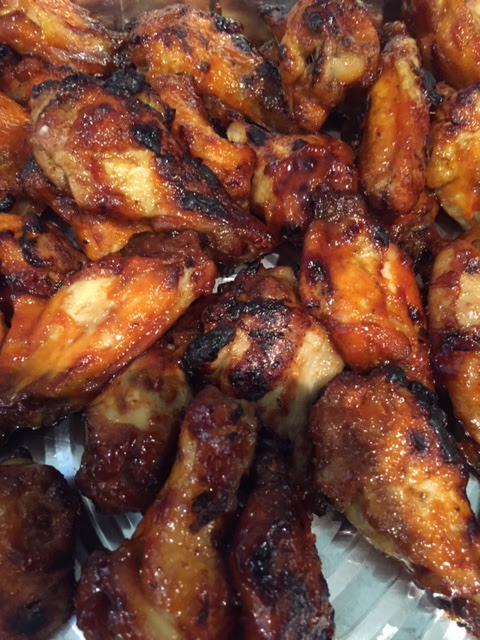 The wing recipe is another one I “wing.” I first boil the chicken wings in water with garlic powder and pepper flakes, let them cool off completely, and then coat them with whatever barbecue sauces are hanging around, mixed with some soy sauce and rib sauce. If I want them sweeter, I throw in a little honey, maple syrup, or both.

Since these were to be eaten with a Greek pasta salad, I omitted sweetness in the sauce. I cook the wings in a very hot oven (425 or 450), but watch them carefully to avoid burning. I turn them and baste the other side after one side is at the color point I prefer.

Row 7 Centercut squash
on the vine 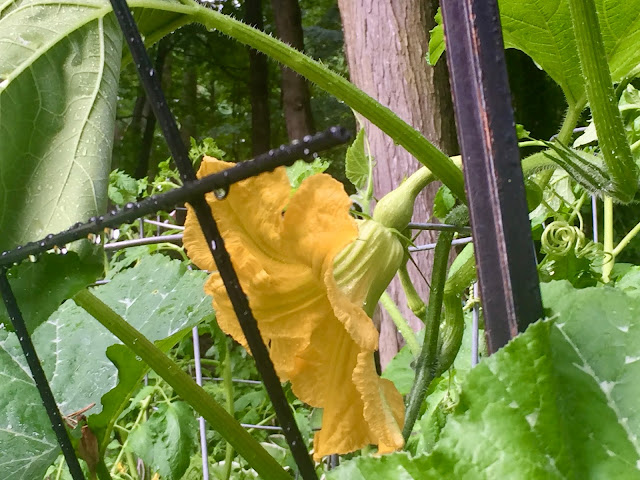 God buys gold hoop earrings at Dollar Tree & ain’t afraid to wear eyelash extensions
for two weeks straight even if the package reads “one-time use only.”

God says “hi” to everyone the moment she boards public transit & after she’s seated,
she speaks loudly into her phone while munching on hot Cheetos.

God carries a plastic bag with quarters, pennies & her passport cuz she knows
most of her followers ain’t shit & removal proceedings are always already a possibility.

God checks her eyebrows on her phone every two hours & licks her index finger
to realign each hair particle before meeting up with da girls.

God has hired a personal stylist cuz she don’t know no more how to be simultaneously ready
for a funeral, court hearing, birthday celebration, anniversary dinner & the club.

God has a Twitter account with 36 followers & it’s aiiight cuz she follows 794K folk & they
all Black femmes & the 36 that follow her hold her so she can hold the rest of the world.

Rob Walks Chicago:
Damage from high lake levels, a testament to the power of water.