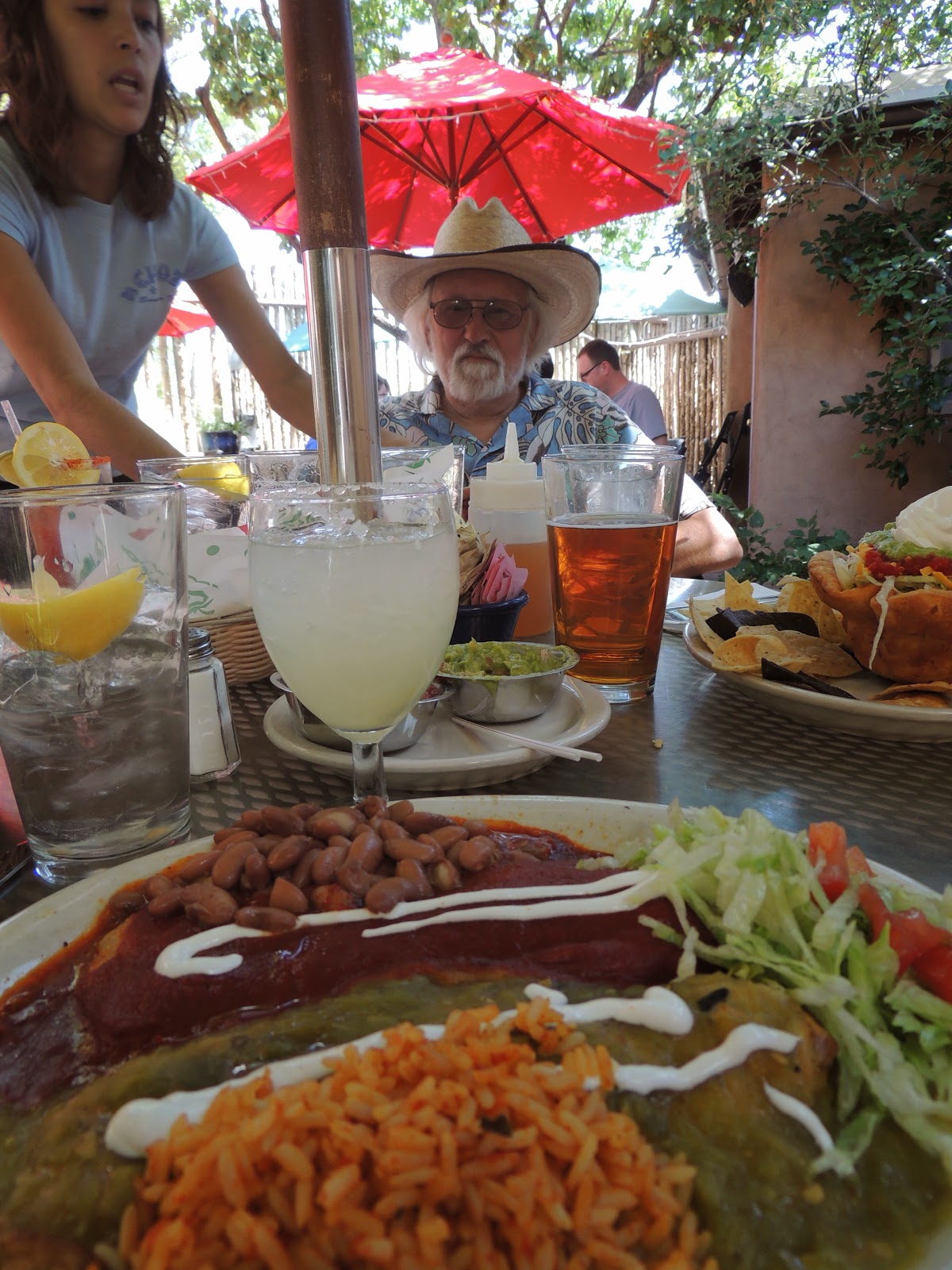 
"New Mexican food is similar to but not quite the same as Mexican and Tex-Mex" foods preferred in Texas and Arizona. New Mexico is the only state with an official question—"Red or green?"—referring to the choice of red or green chile. Combining both red and green chile is often referred to as "Christmas".

Squash enchilada (?) w green rice and green chile
at Cafe Fina, named for the gas station that predated the restaurant 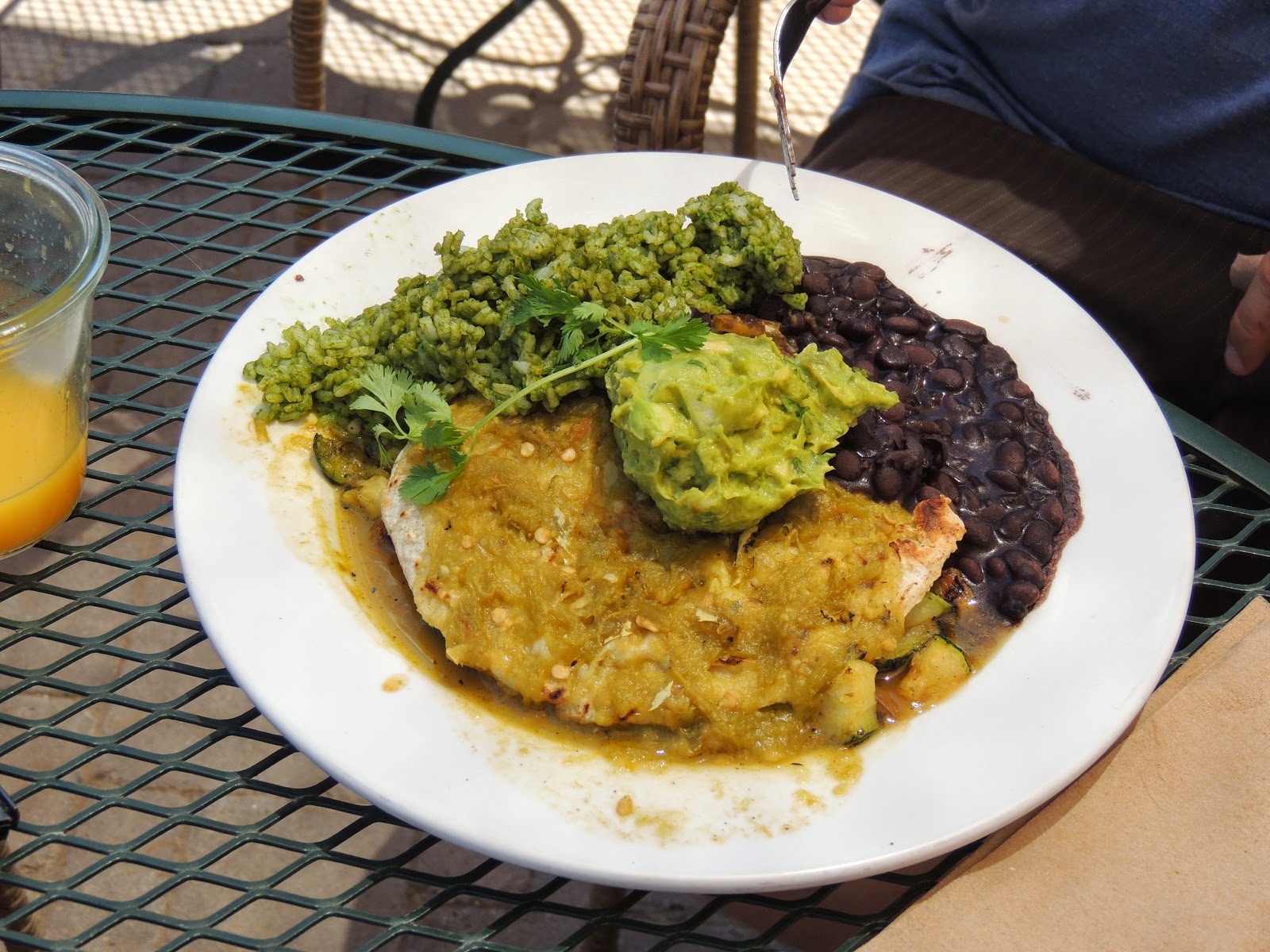 It was hard to stifle my delight at being offered two kinds of chile with virtually everything we ordered. Green and red, and why not have both each time? I am a Christmas kid...

Good friends took us to three splendid spots, two in Santa Fe and one in Pecos, NM, where they live. 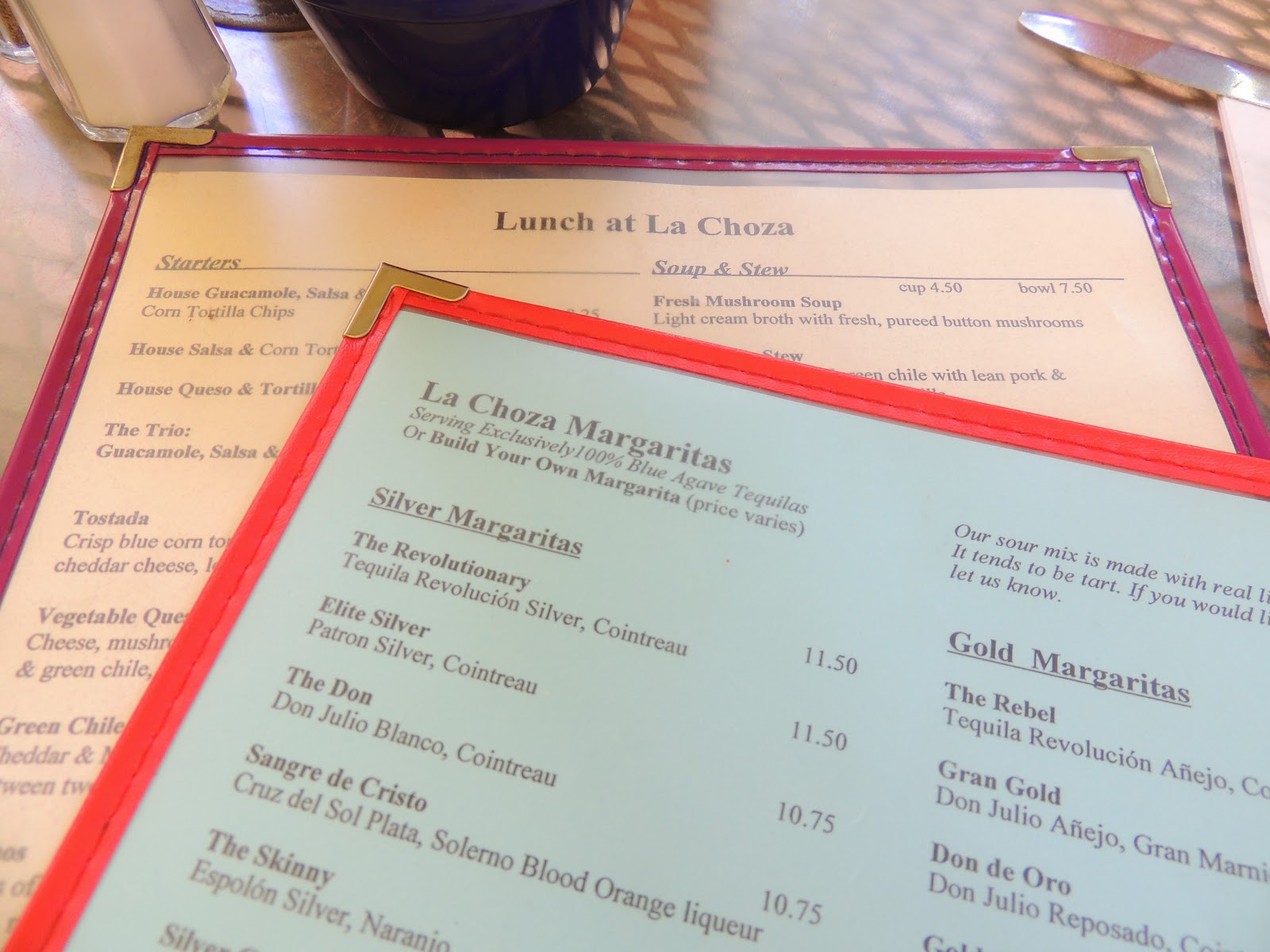 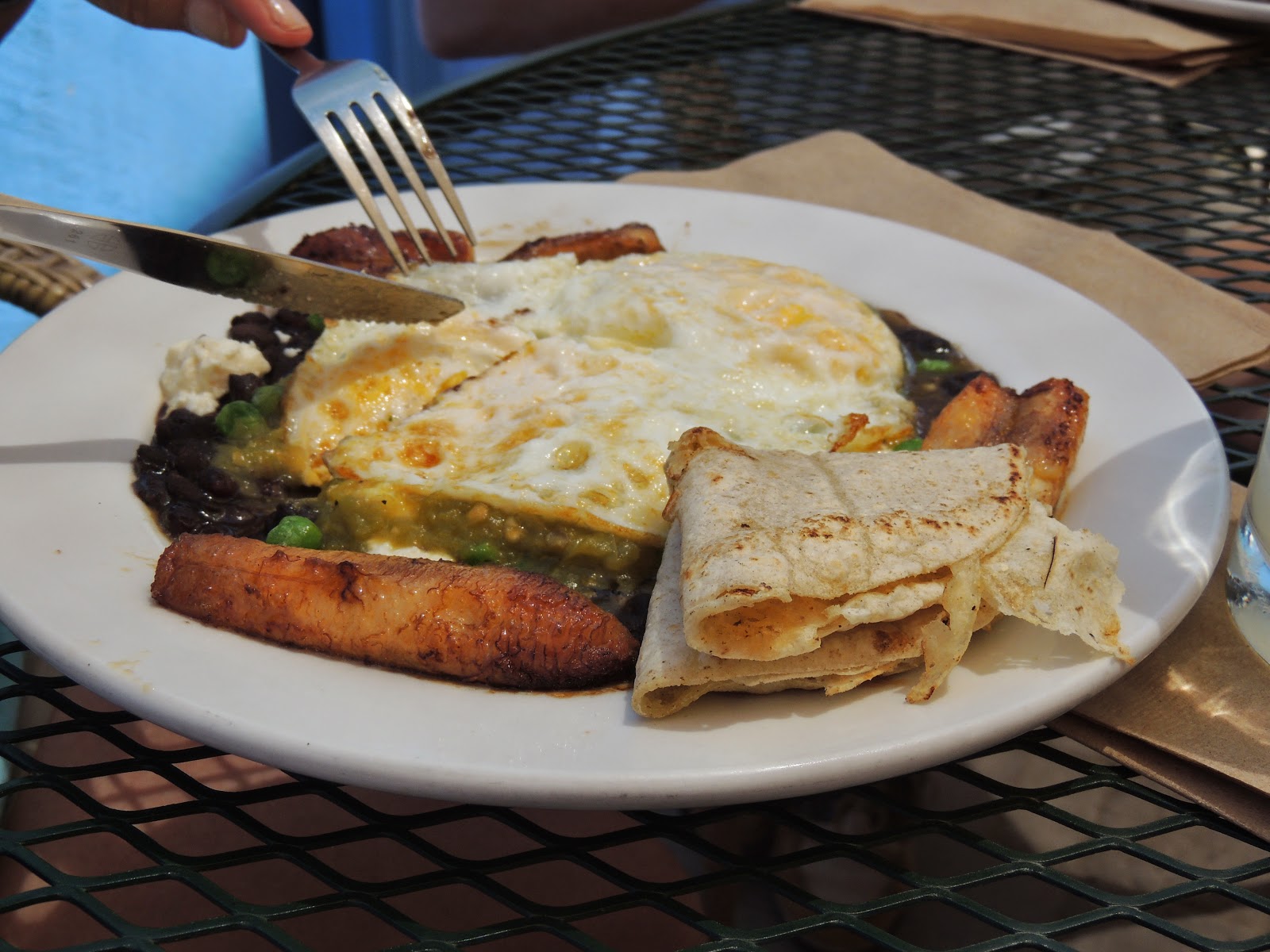 Cafe Fina offered an omelet with mushrooms, cheese, avocado and other tasty bits.
Plus red+green chile. 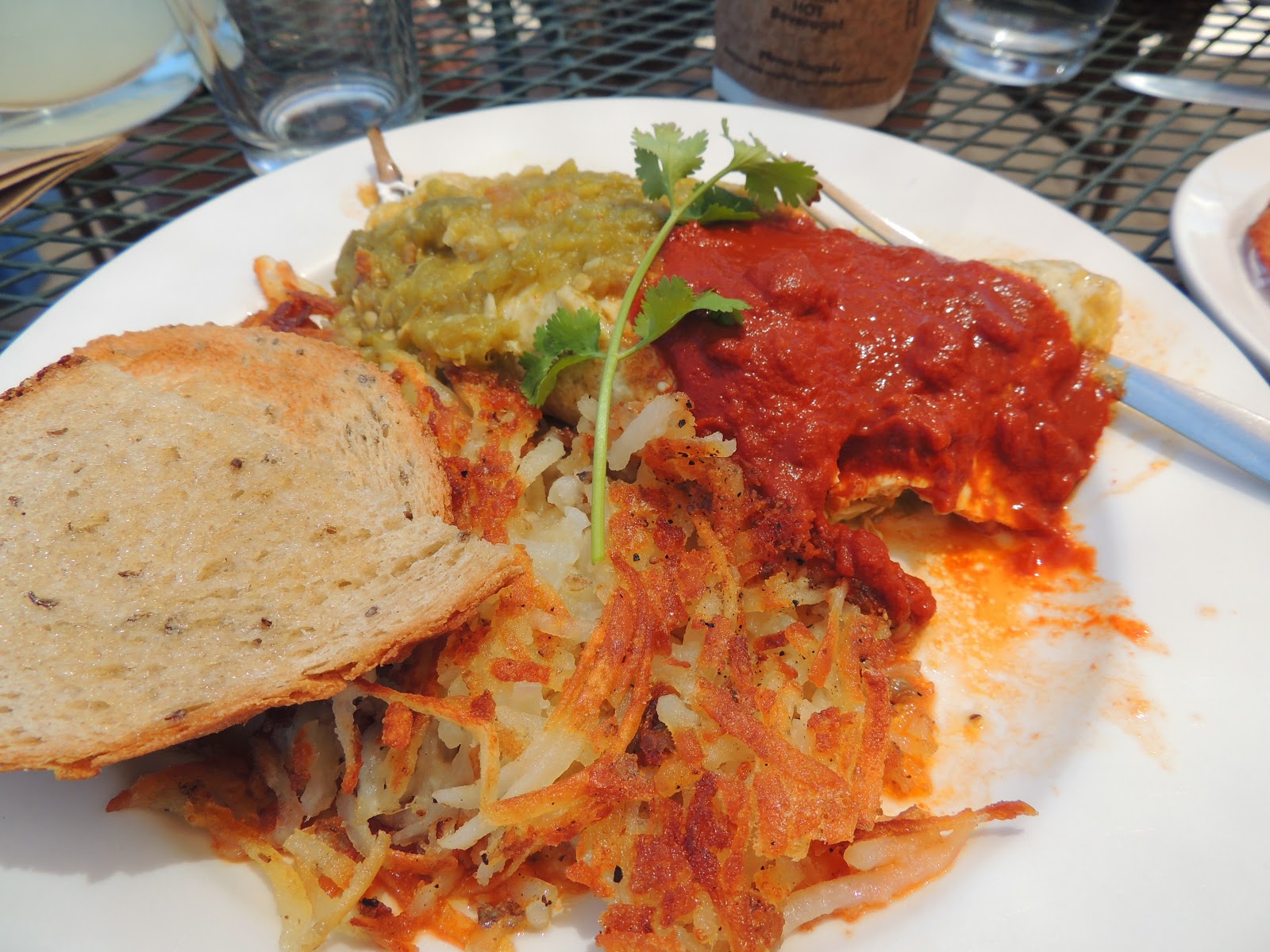 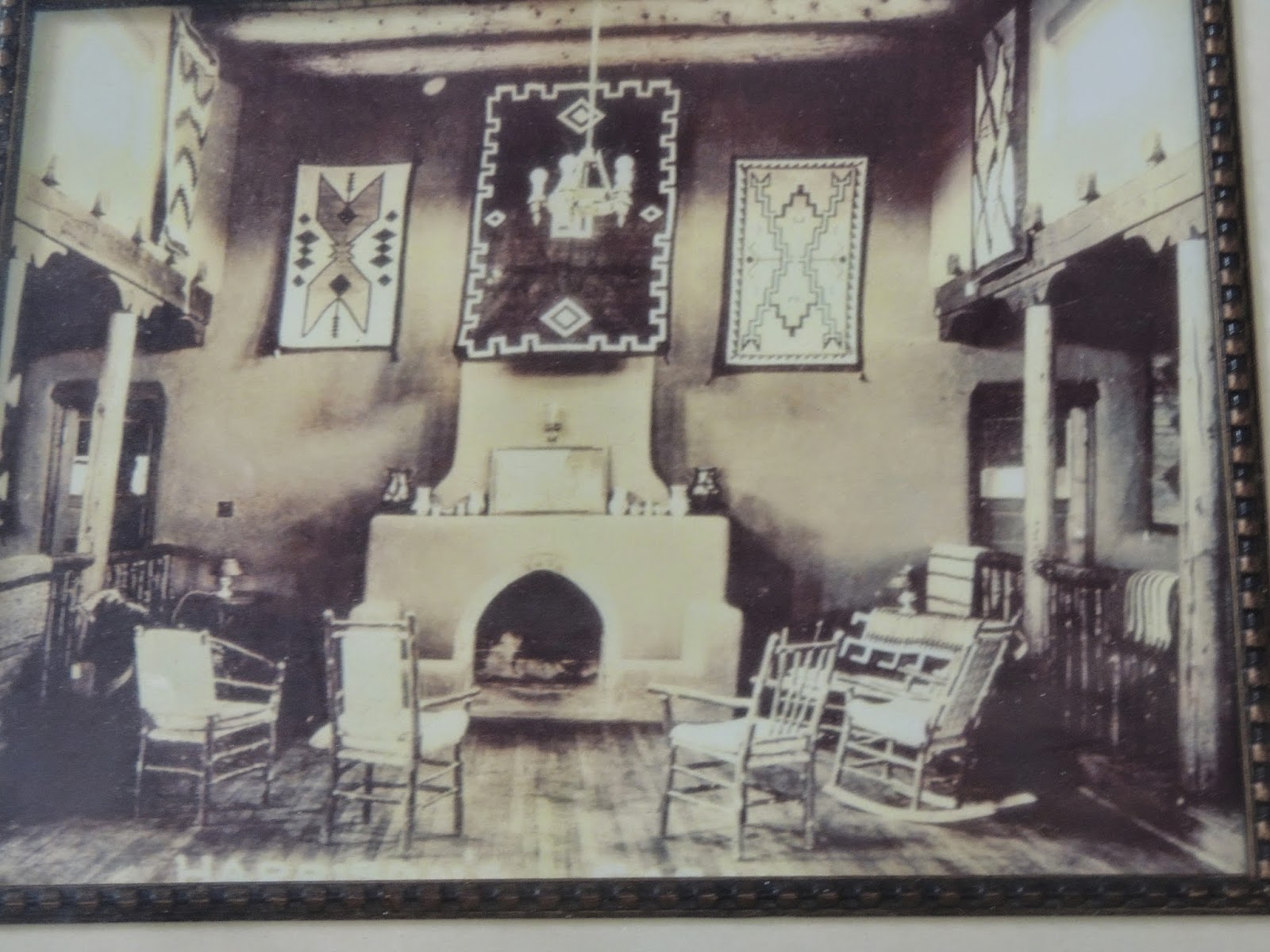 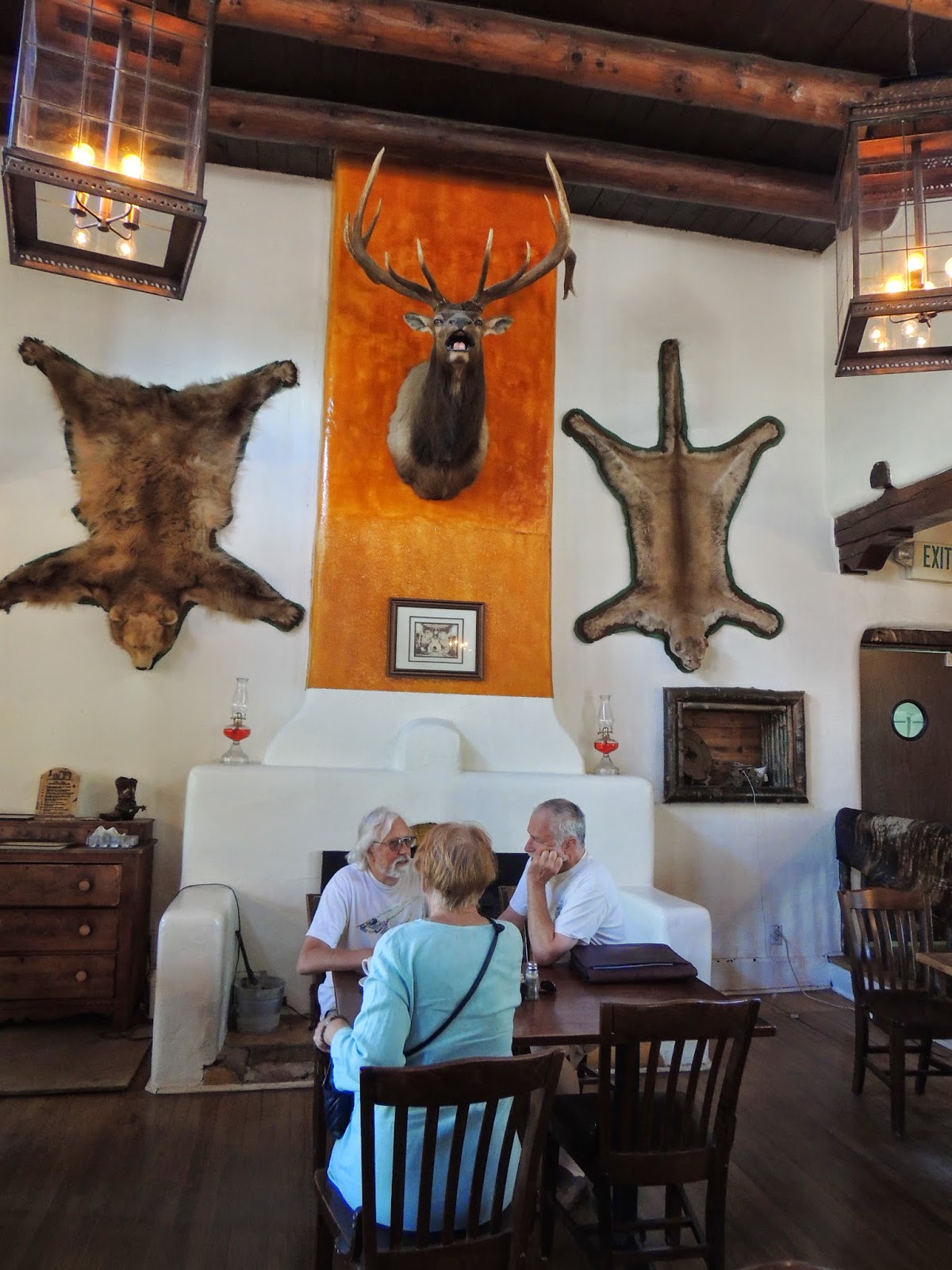 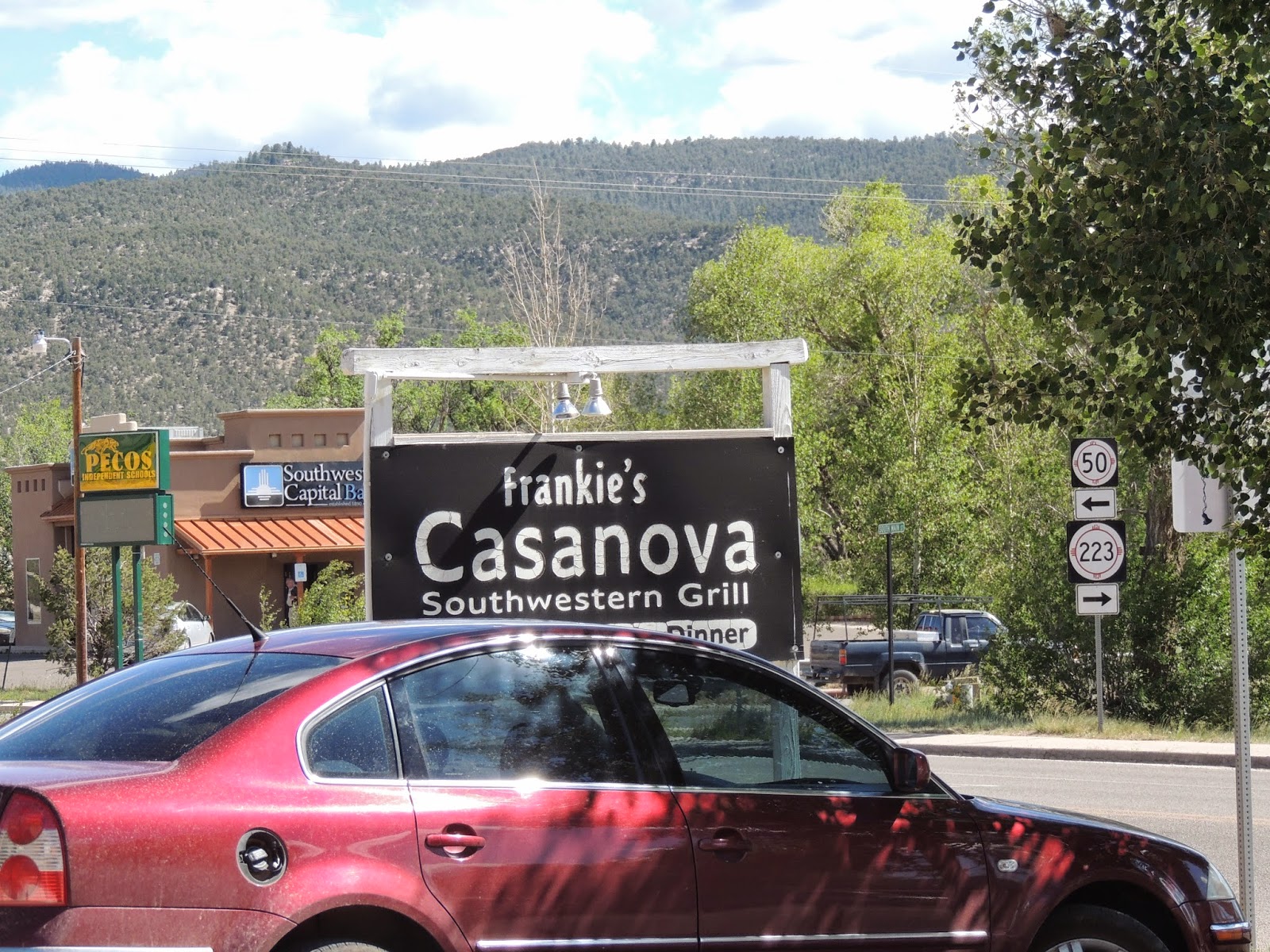 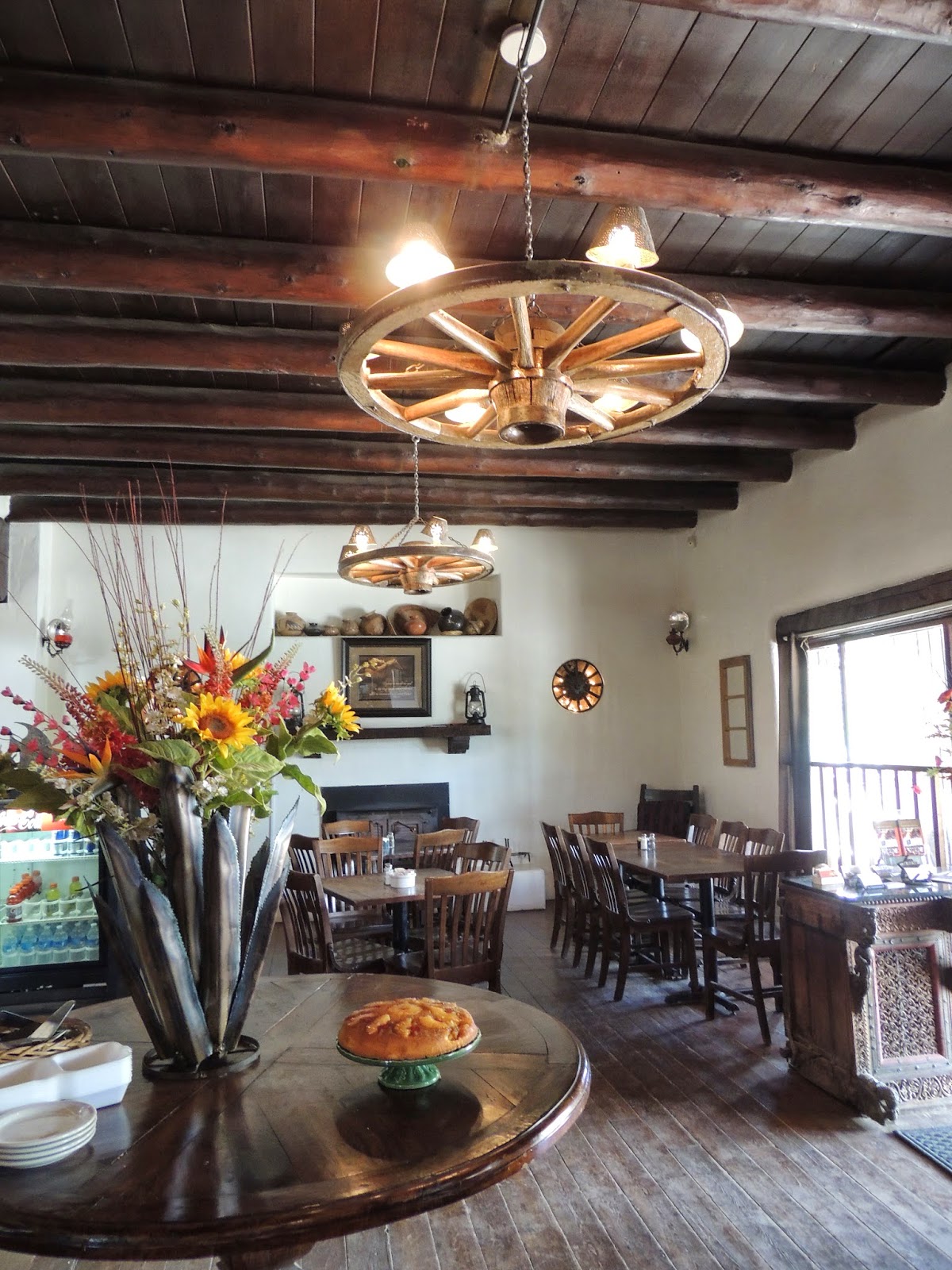 Across the street, they're prepping for a Longmire shoot. 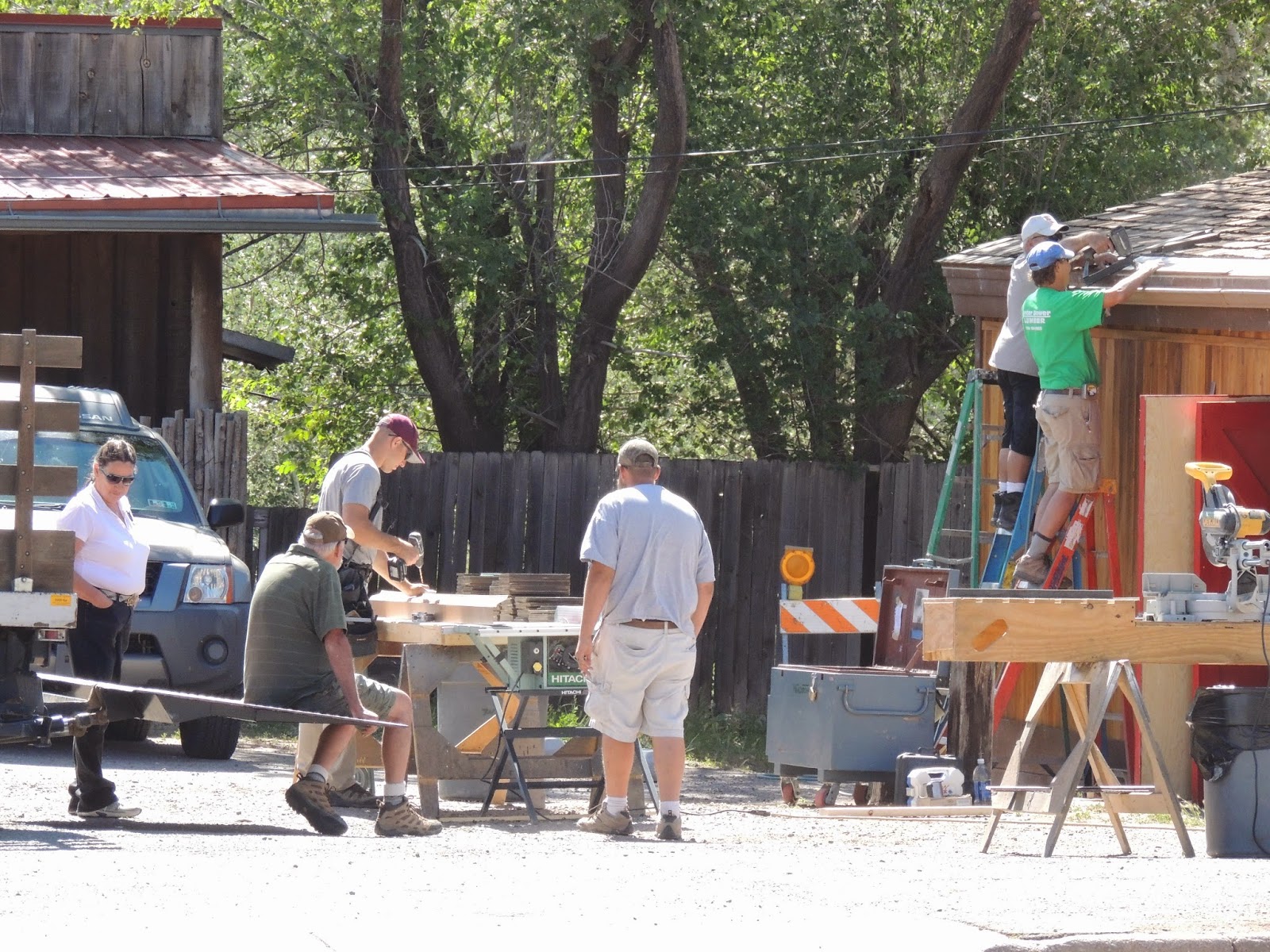 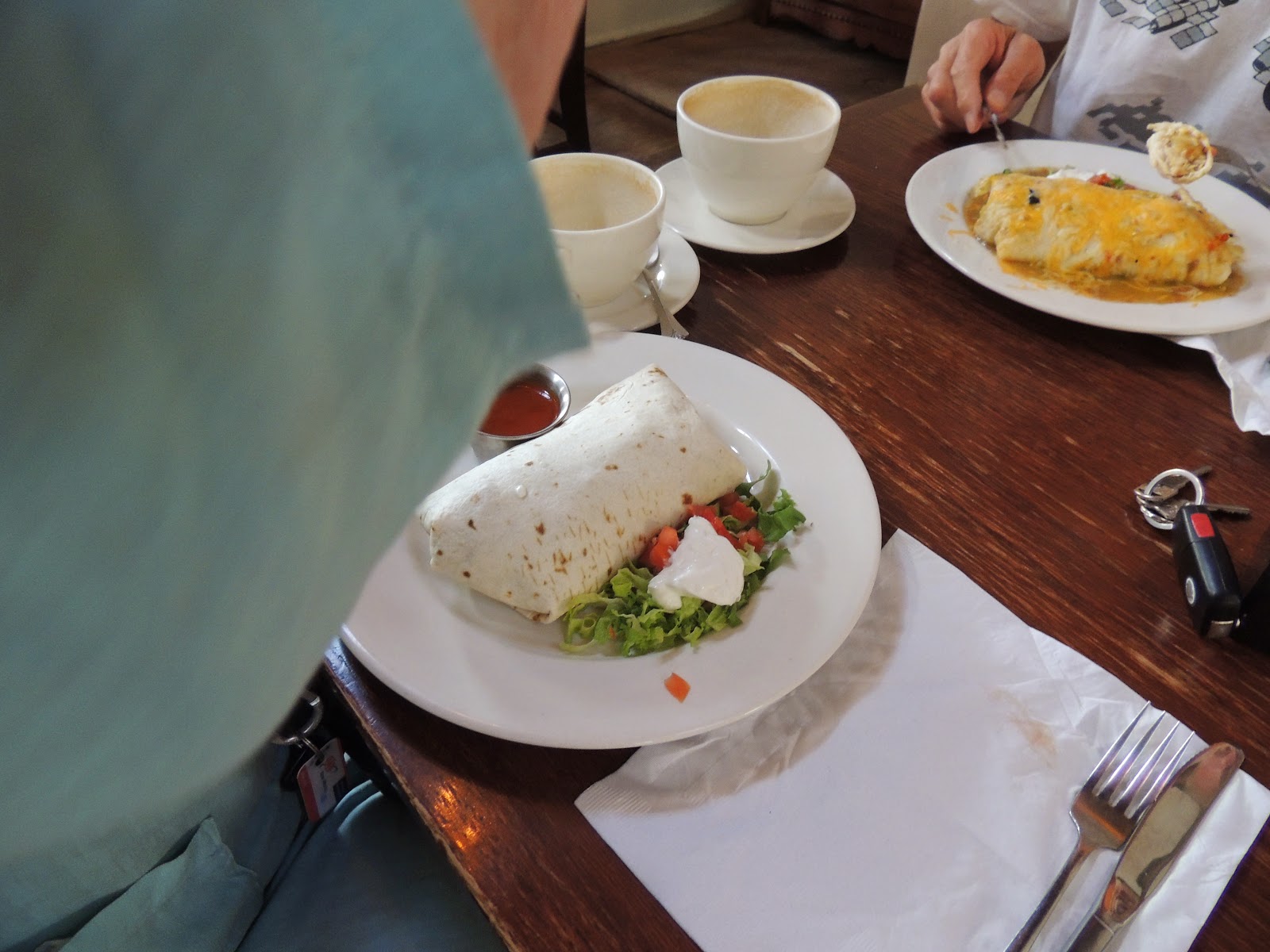 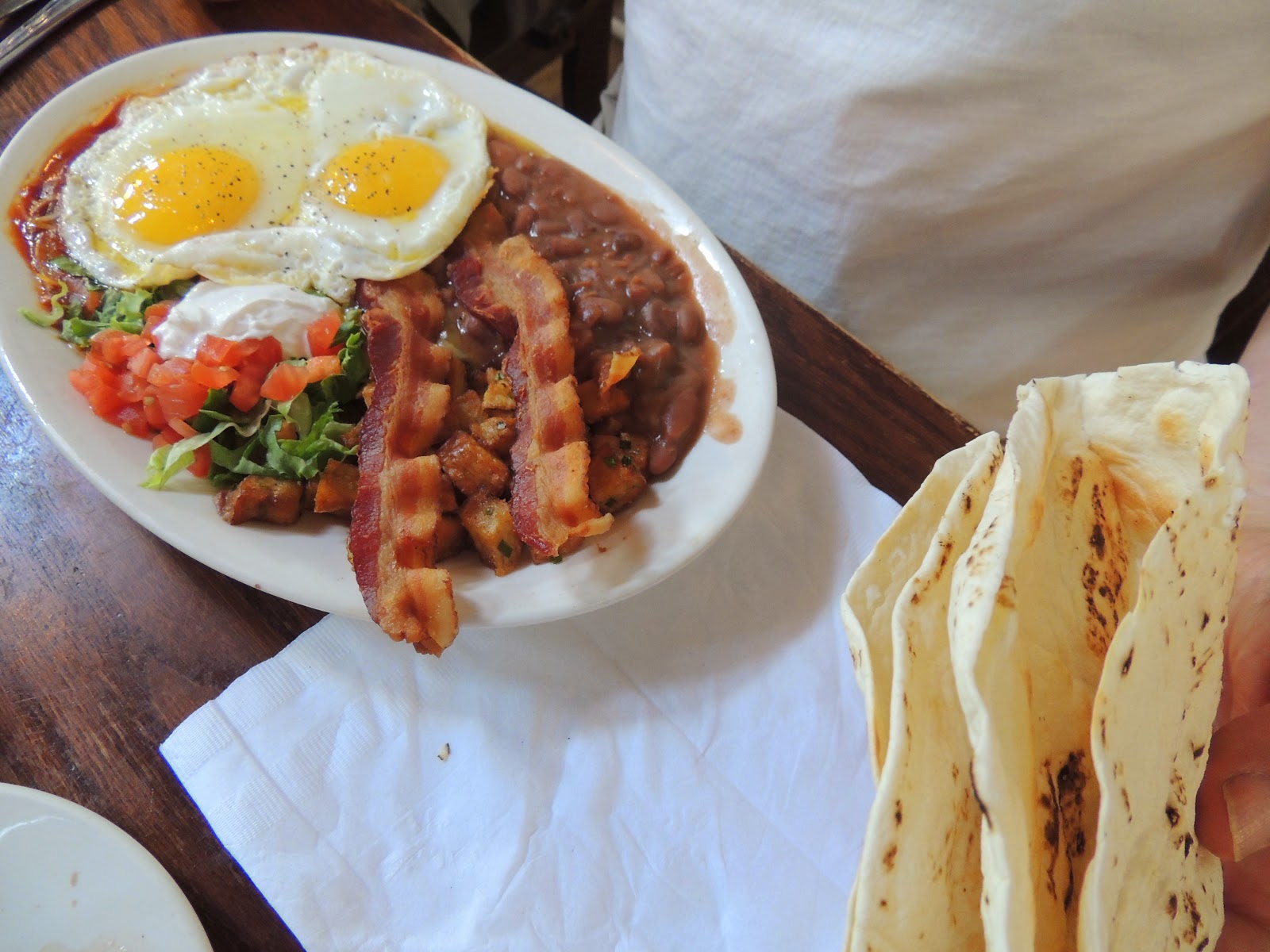 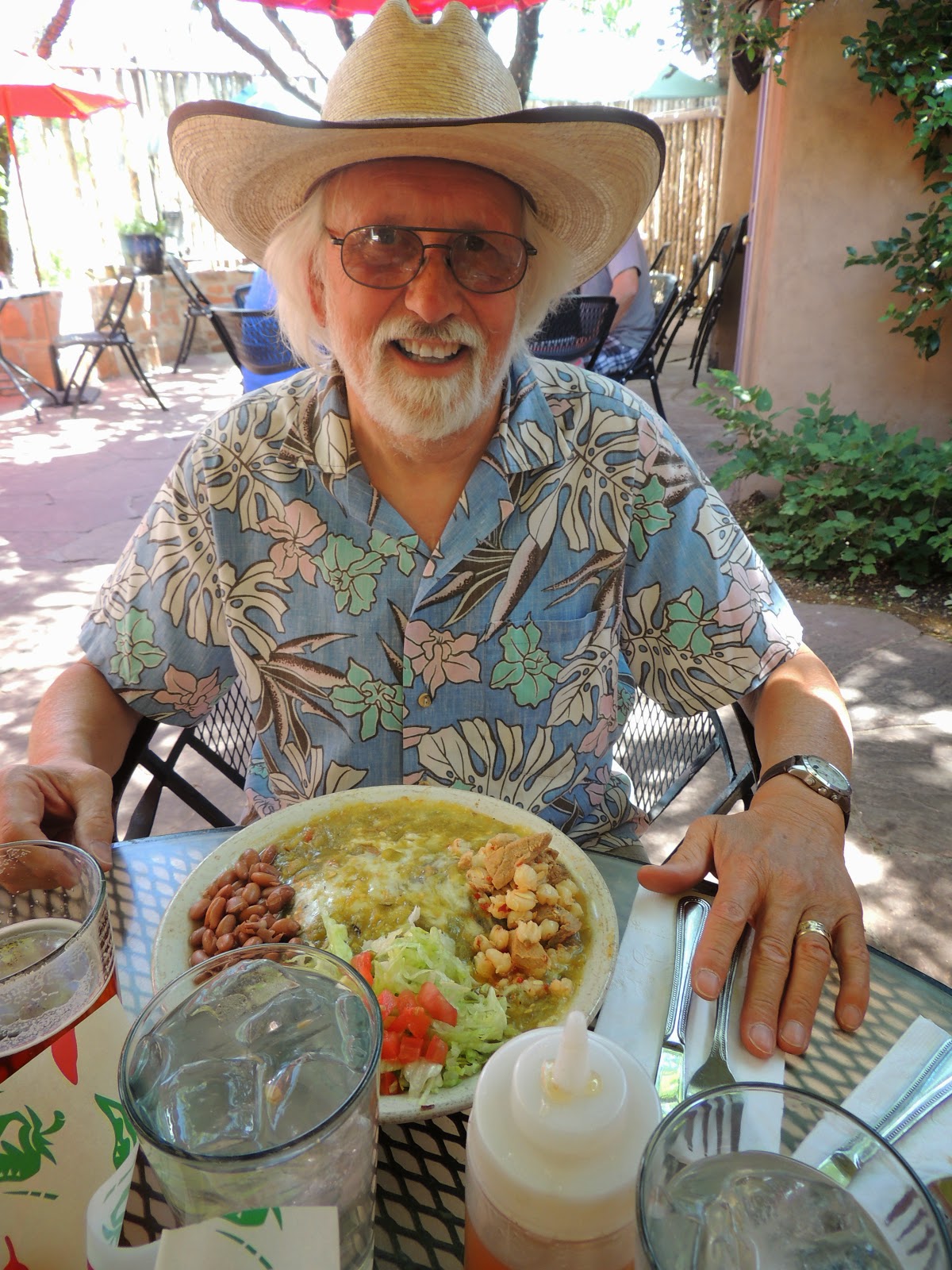 Thanks, Graham and Nik, for the New Mexico shot in the arm. I miss it already.