The Girl On The Train, Er Plane 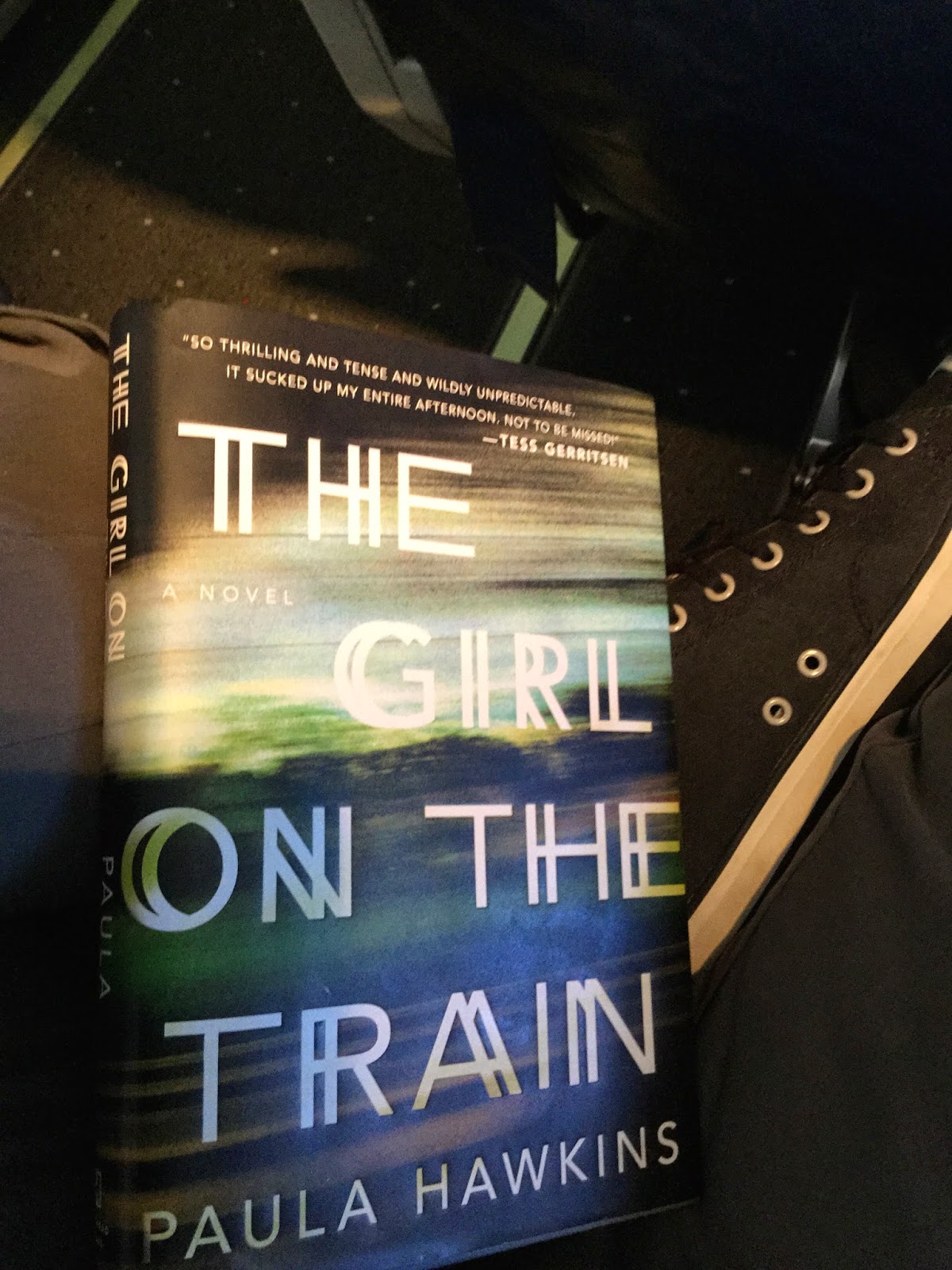 Someone's been marketing the dickens out of this thriller, and I succumbed. Nothing like pondering 13 hours of flying time to convince you to reduce the Costco stack by one. Mini review? Meh. But it held my attention through a brutal (even in first class--miles) hop from Chi to Phoenix Wed night, followed by an early call Thursday morning bound for Honolulu and then a puddle jumper to Kauai.

Let's be honest. I am not complaining about this. 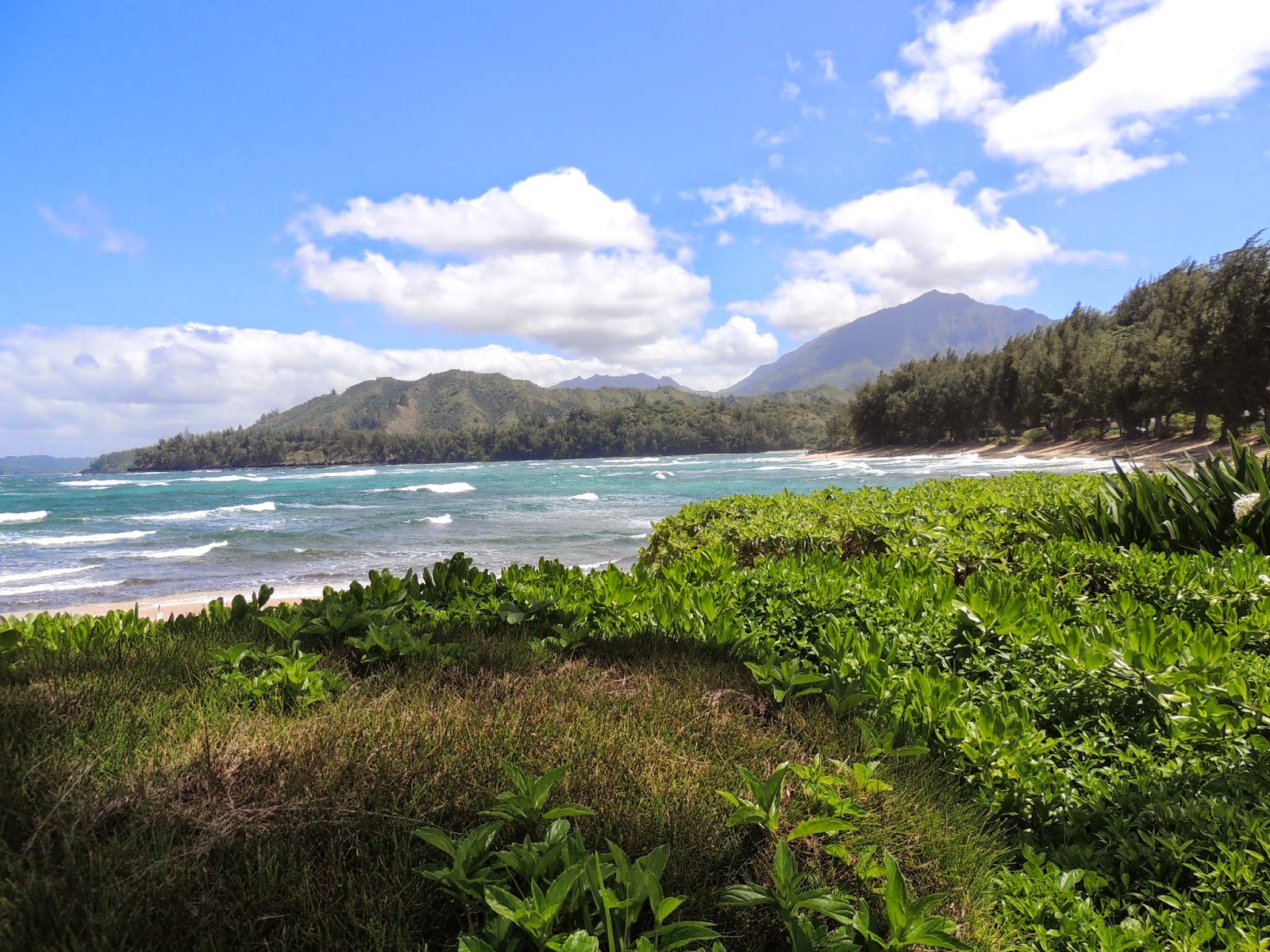 But air travel is grueling, period. Add to our late-night Phoenix landing an insane taxi driver who didn't know how to drive to the closest hotel to the Phoenix Airport (weaving across three interstate lanes as he pecked addresses into his GPS) and got so rattled he jumped a curb going 30 mph as we approached the hotel and right there's an inauspicious start to a big adventure.


Pause to glance out the lanai doors at something green 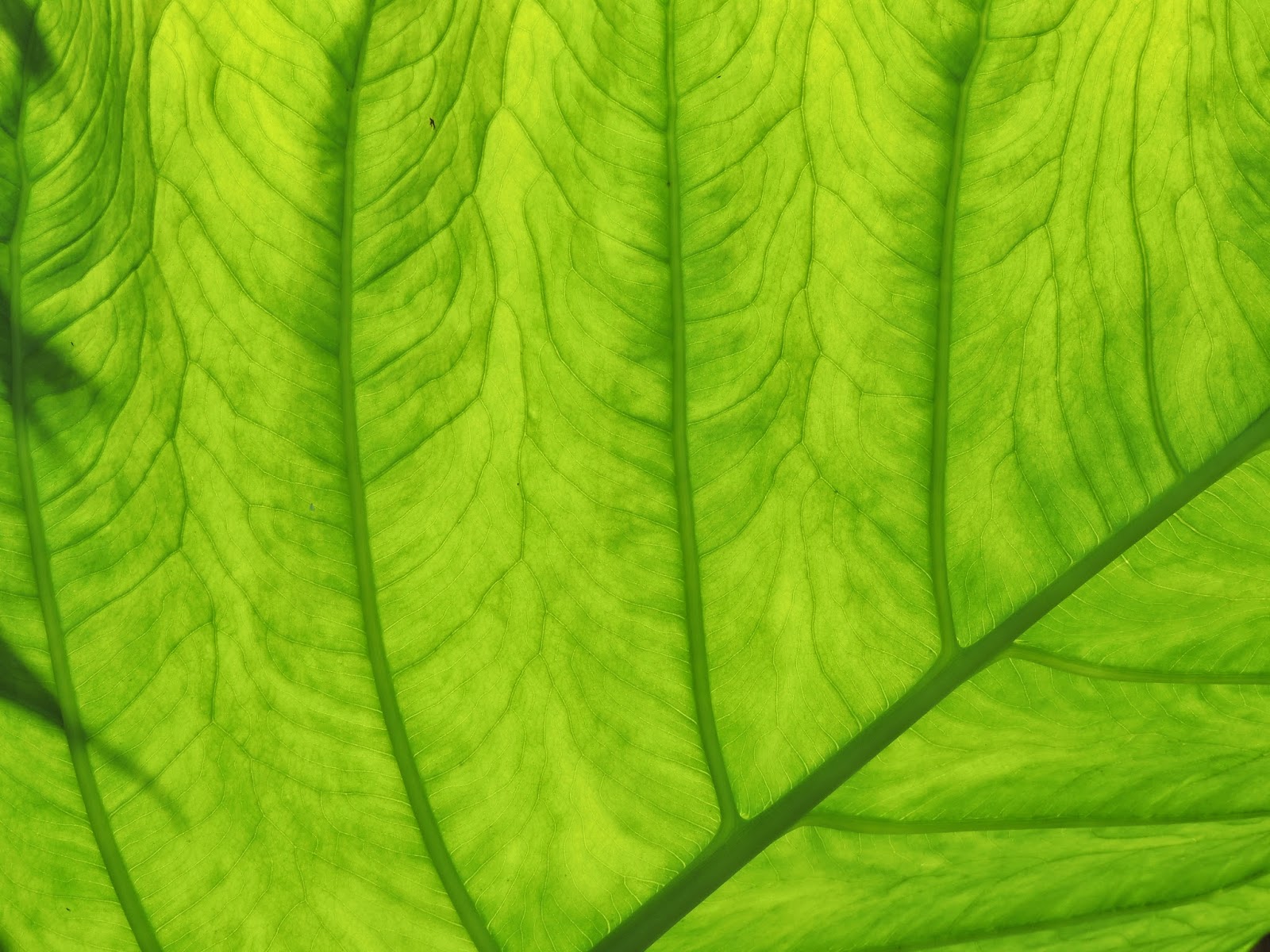 Far too early the Thursday morning, bolstered by half a cup of bad coffee, we and eight others head back to the airport in the hotel shuttle, the driver tosses out our luggage, and we head to security. Still groggy, I shuffle along to the TSA conveyor belt, hoist up my new rolling bag and stop mid-air.

Remember See Something, Say Something? Well I was saying something and the TSA agents were less than mildly interested.

"This has never happened before," one opined (really?). Art was already on the other side of the TSA fence. My under-caffeinated brain struggled to figure out how I ended up with not-my rolly bag. Was it switched out (John Le Carre style) when we got boarding passes?

And then it hit me: the shuttle. 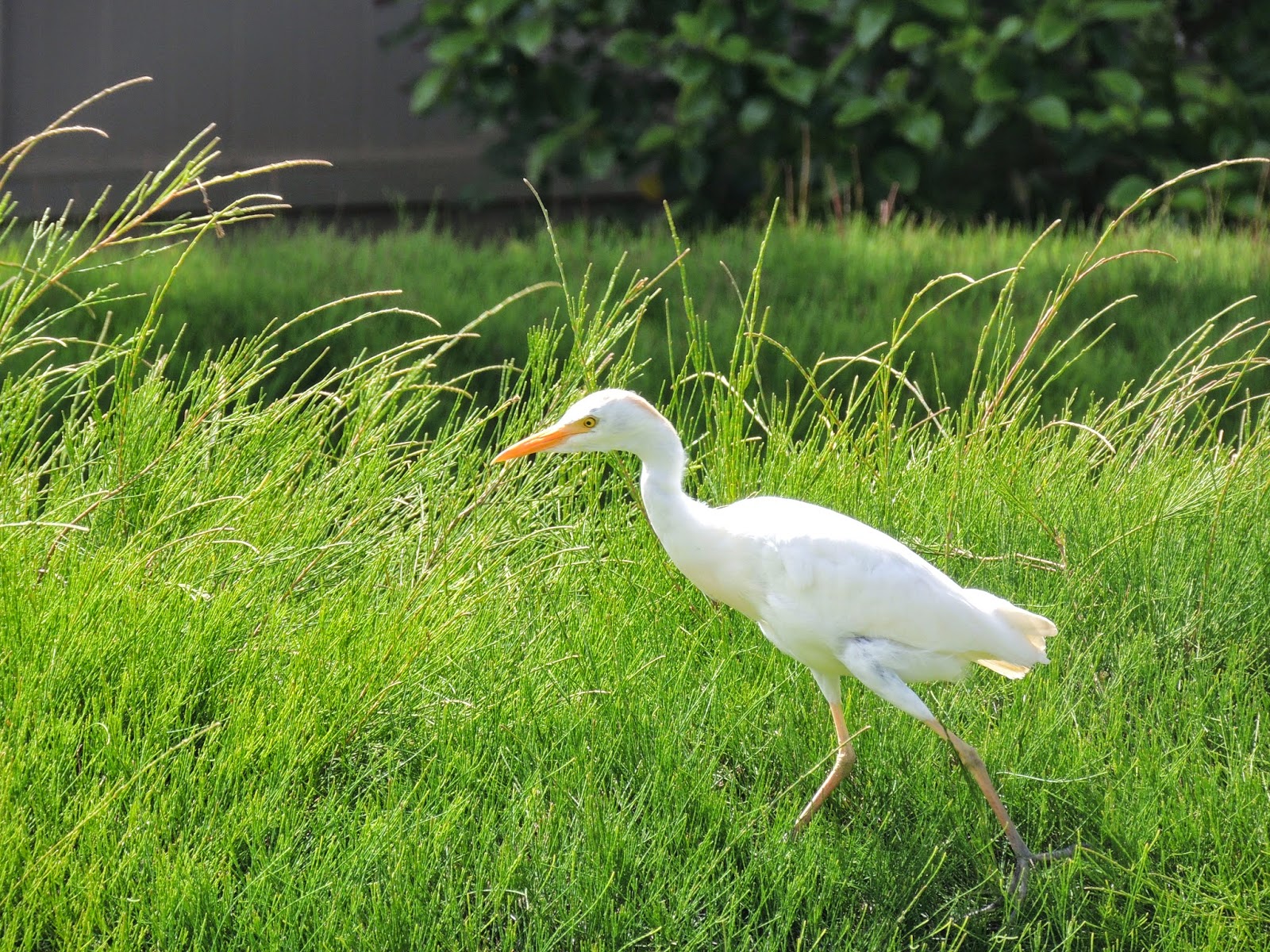 Yes I know it's my responsibility and I just got back from the pool and Art is making cocktails, but please hold the snark. The TSA agents had absolutely no interest in the fact that I was about to load a bag that wasn't mine, which still seems bizarre.  I fled. Back downstairs to the US Airways check-in, where I got no love, and then swiftly unzipping the bag to find a clue and yes! there it was. A check-out receipt from our mutual hotel. On the phone fast (how much time did I have? I attempt to breathe through the mounting adrenaline) to the hotel, "Hi, I'm at the airport..." "Is this Heidi?" someone interrupts. "The driver's outside with your bag."

Running...handing off...apologies...back through TSA...Art with a questioning look...board plane for Honolulu. Even in First, it feels like some sort of Medieval torture, shorter on legroom than I remember from the old days. We do not sit easily for eight hours.

Maybe meditating on orchids would have helped 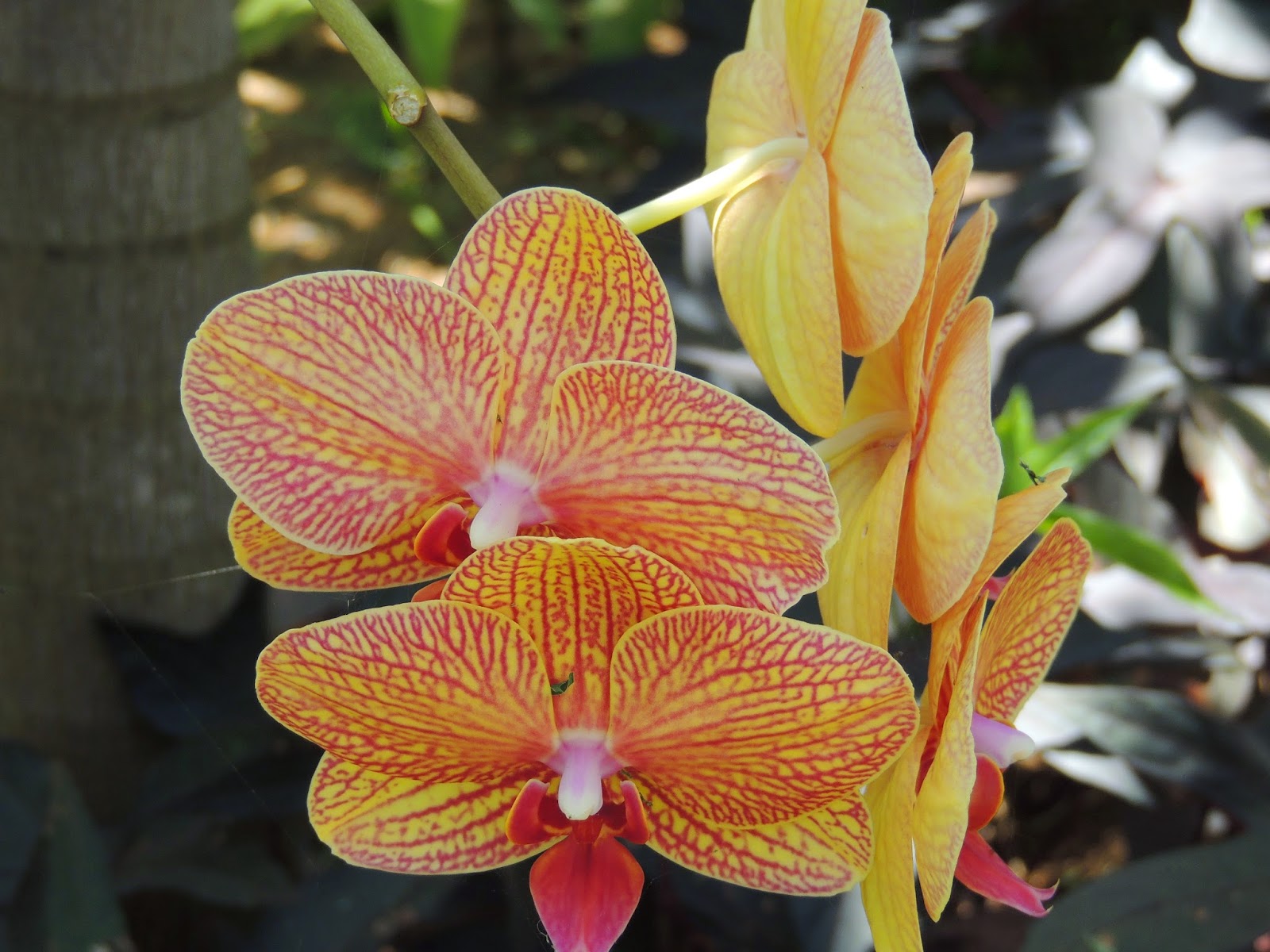 An in-flight moment: A woman who looked and was built like a Lake Street club bouncer (air marshal?) blocking the passageway to the toilet while the pilot and then co-pilot took turns using it. Germanwings disaster writ large.

Honolulu arrival smooth, transfer to Island Air for the flight to Kauai, an earlier one--good--and weigh bags because only 16 pounds allowed for carry on. Lovely agent Rocky suggests repacking to save some $, so we do, head for TSA, where inspector paws through my now-carryon (formerly checked) bag, reaches in, and pulls out...a knife. Oh that, I say. That was in my checked bag but because of weight restrictions it's now in my carry-on (as if that explains it).

Eyebrow arch while he goes through every item (flight boarding in 6 minutes), adding to his stack a jar of ghee and a large bottle of contact lens solution, with each item giving me the evil eyebrow. Can these items be returned to checked baggage? Sure, just go back to check-in and have them locate your already checked bag and give them these things...go back through security and etc. 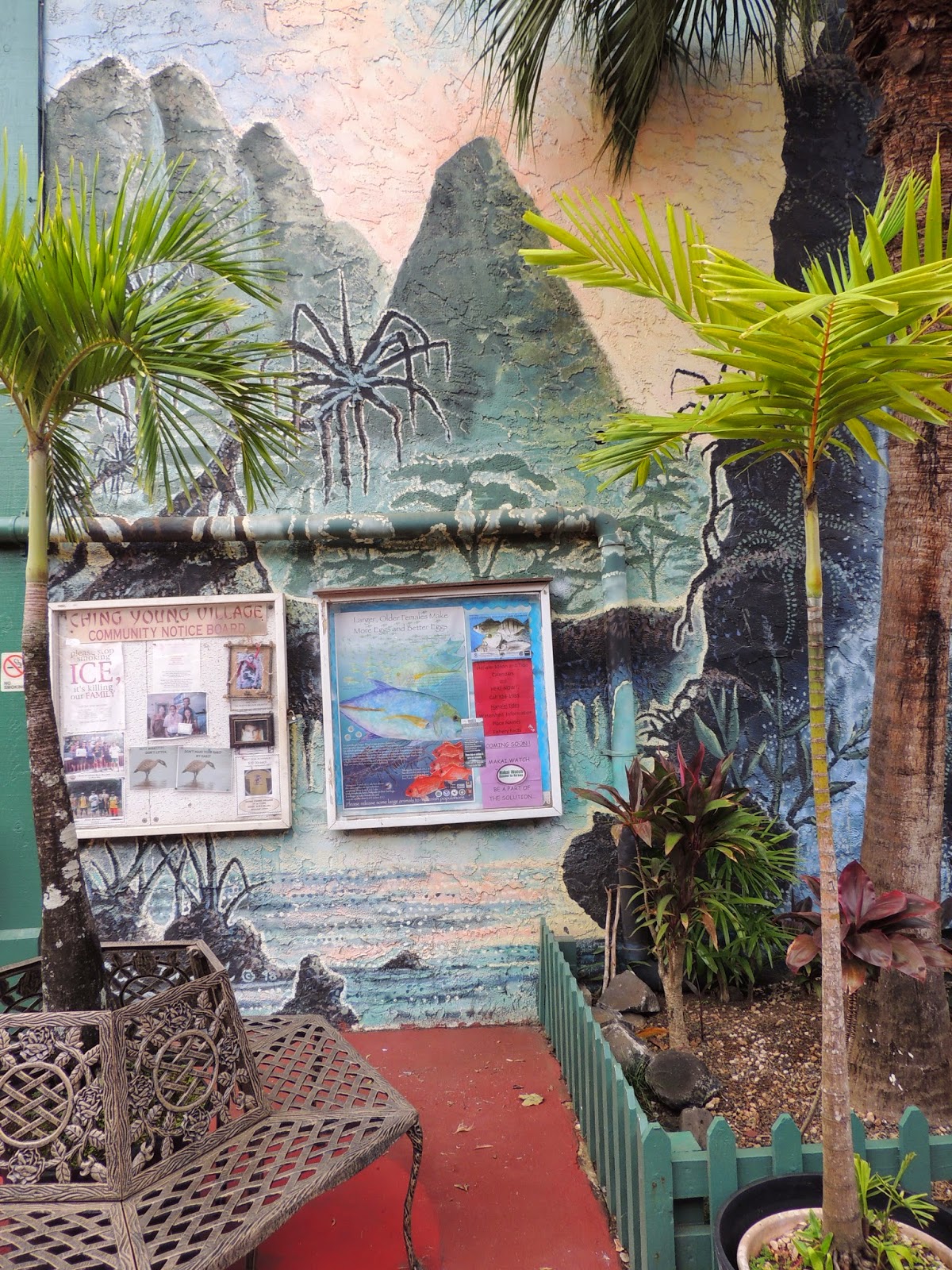 Fun to fly on small planes, land at Lahui, taxi to Hanalei 50 minutes away. Wait, what time did I get up today (5:30) and when did we eat that omelet? Blood sugar plunging, we check in and discover the only resto on site burned in a fire a few weeks back. Hanalei Colony Resort is a tiny enclave of beautifully sited, remote living spaces whose staff couldn't have been nicer as I gripped the check-in desk and croaked "is there any food here?"

No, but since the fire (and to cut back on car usage) the accommodating management has a van to take us back to Hanalei, where we could eat, grocery shop, and be picked up. So we did. All of that. 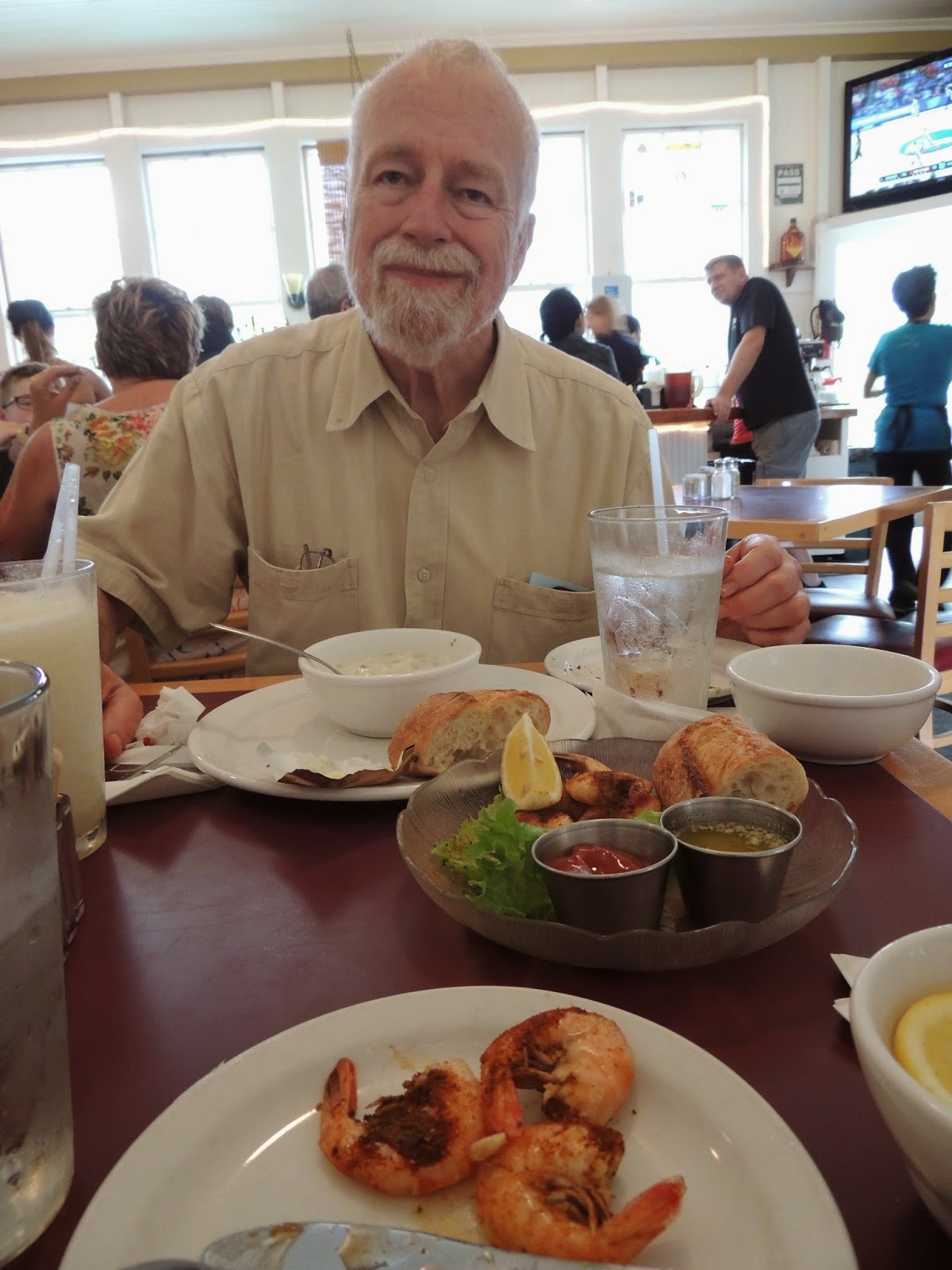 That's better. But why am I exhausted?

Aloha because it's midnight in Chi 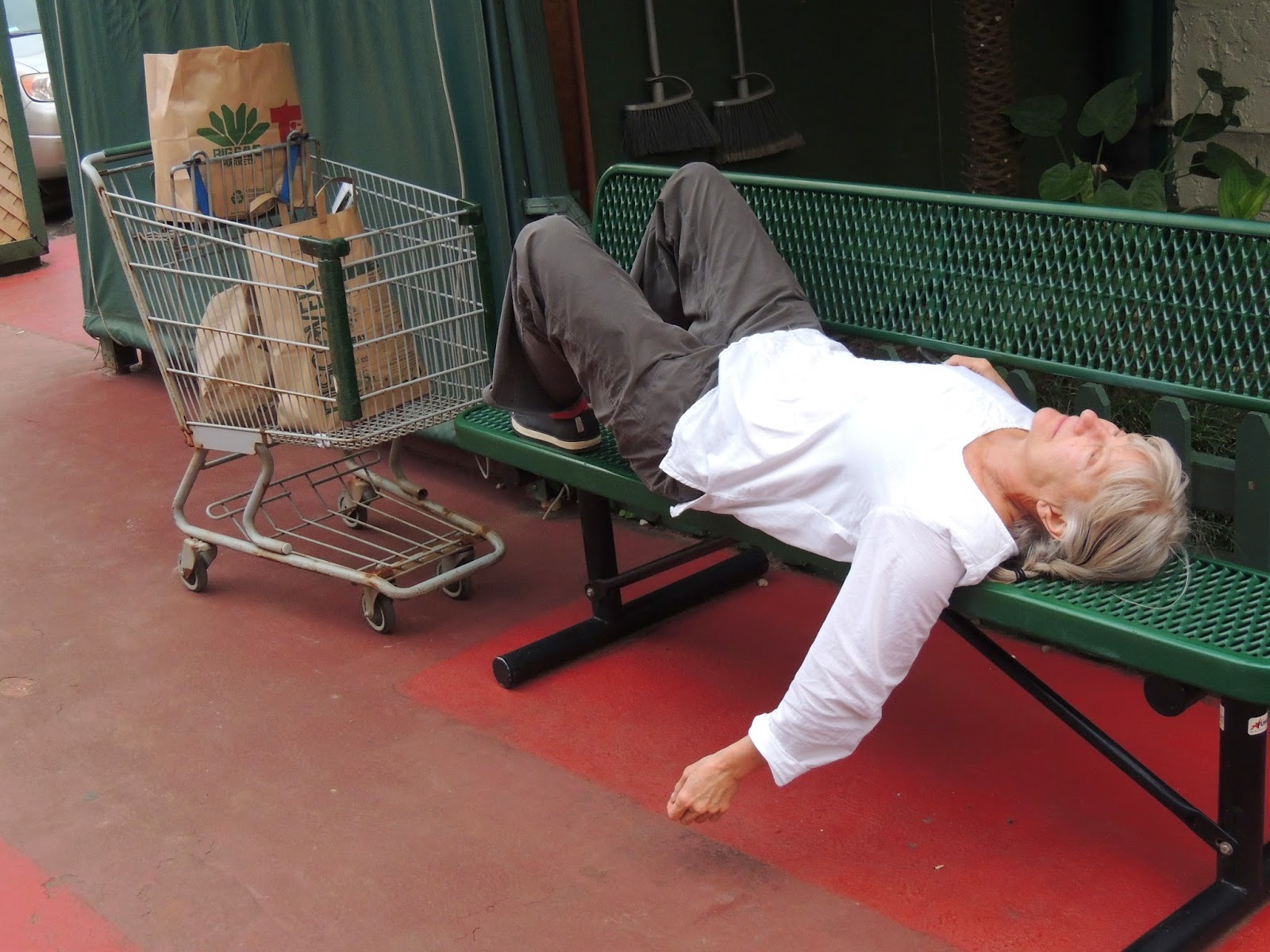 Shuttling back to this breezy paradise, we got talking with driver Joe and learned he'd spent three months camping in New Zealand and then married a NZ national. Much discussion ensued. Maps will be marked with insider locations, secret places learned.

Travel is brutal, true. But given a chance it reliably delivers on its promise. 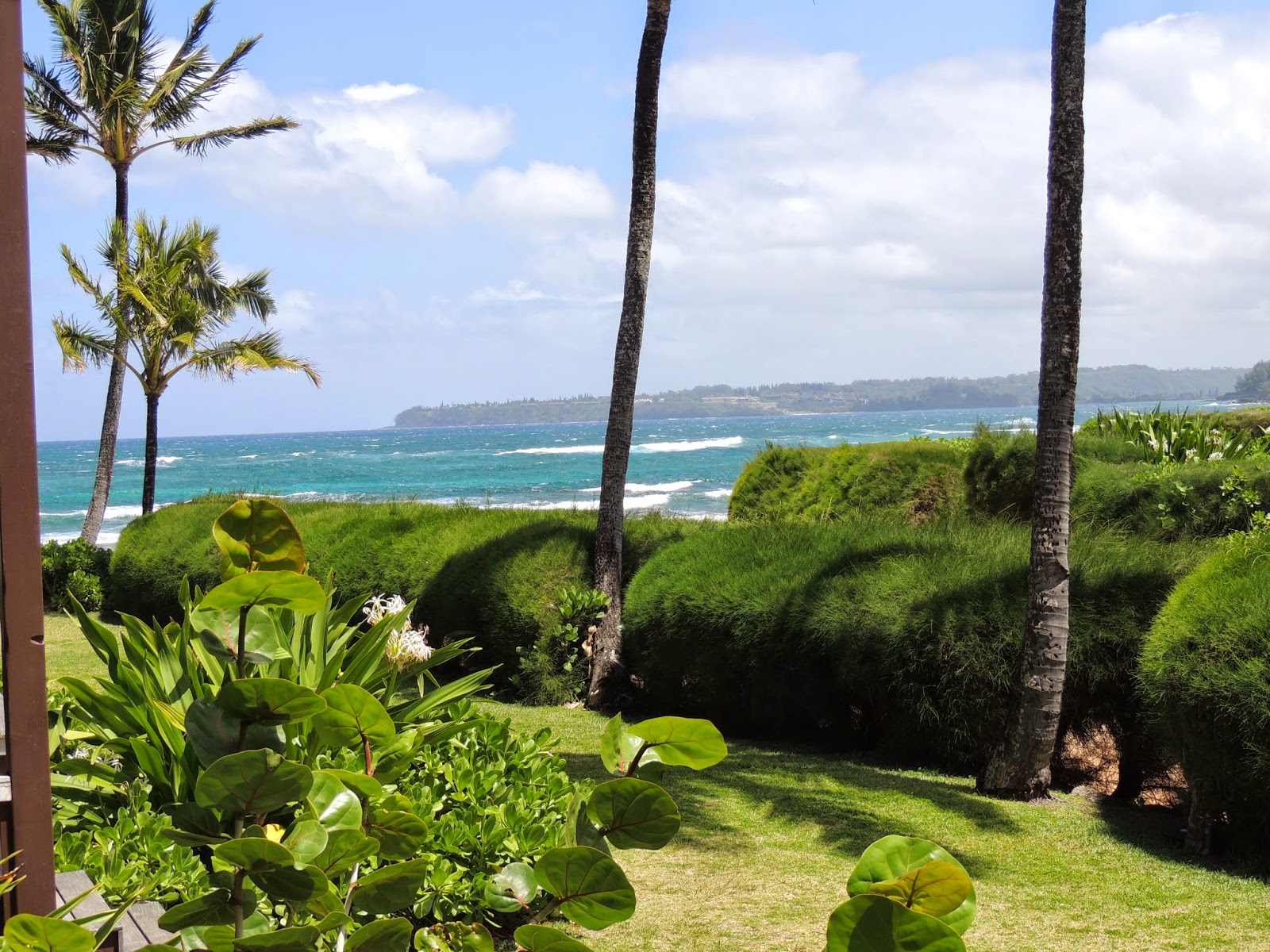 Special thanks to Dr Gary, who pointed us toward perfect decompression.