Good day to you, chefs. Albert Einstein famously said "Anyone who has never made a mistake has never tried anything new." Today Rob (who titled this post) returns with a story we've all experienced, in the kitchen or in life. 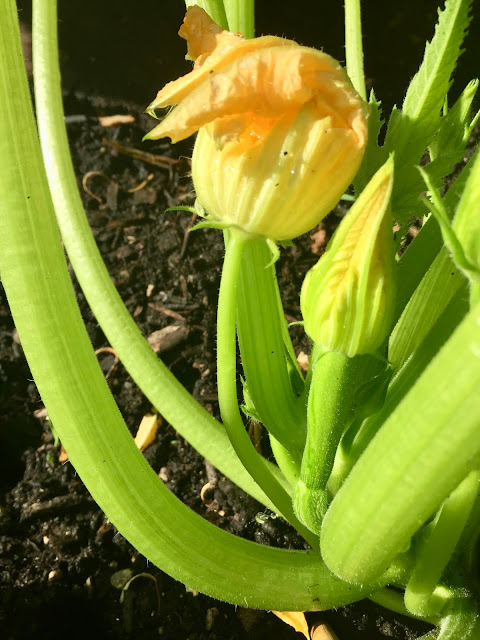 Rob writes: We all celebrate the success of food cooked lovingly and with purpose. But what happens when you try to do everything right but fail?  This morning I set out to make the famous key lime pie from Shaw’s Crab House.  It’s a Chicago institution and one of the things my partner loves in life. (ed. note: Many a book contract was signed if key lime pie was up for trade.) I’ve used one recipe for years but this time I thought I'd  try the rival. I had snatched the recipe from the Chicago Tribune in 2007 but never put it to the test. With best intentions I started at 8:30 this morning as the custard requires an eight-hour chill before the bake off. 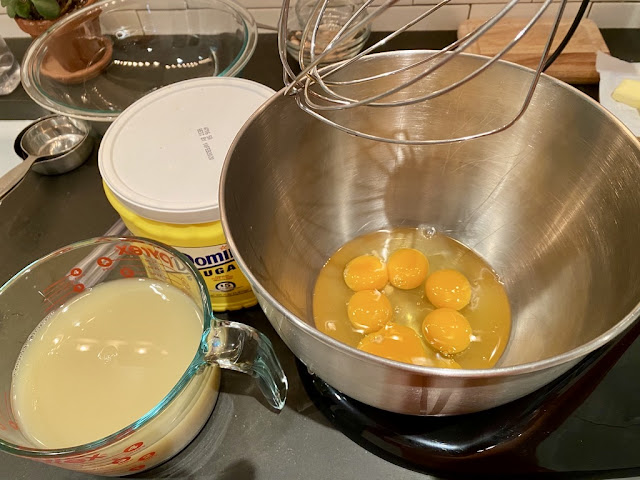 Then on to the double boiler for a 25-minute cook.  I think this is where the epic fail occurred.  I don’t have a legitimate double boiler and was forced to set a heavy glass bowl ill fitted over a smaller pot of simmering water.  Looking back, I see that the bowl took too long to warm, the heat was not distributed correctly, and the burner was too low. 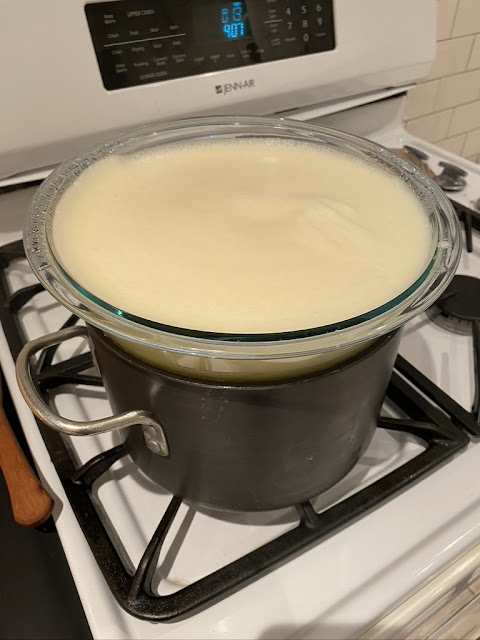 Be kind!  In hindsight, I can see it, “That will never cook down!”  But I tried.  For 45 minutes before giving up and hoping for the best. Butter and lime zest got whisked in after coming off the “heat.” 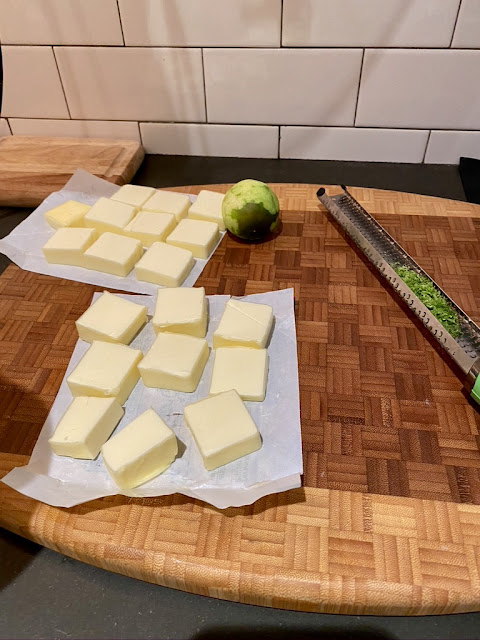 The “custard” went into the frig and I made a kick-ass graham cracker crust. 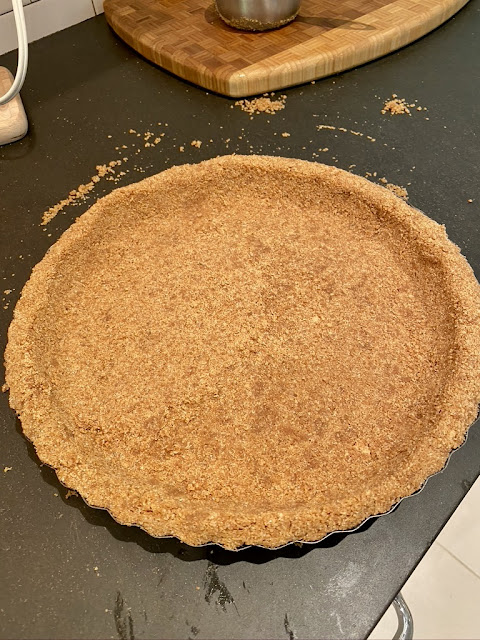 While hoping for magic to happen over the ensuing eight hours I did get to enjoy the afternoon light through the kitchen window. 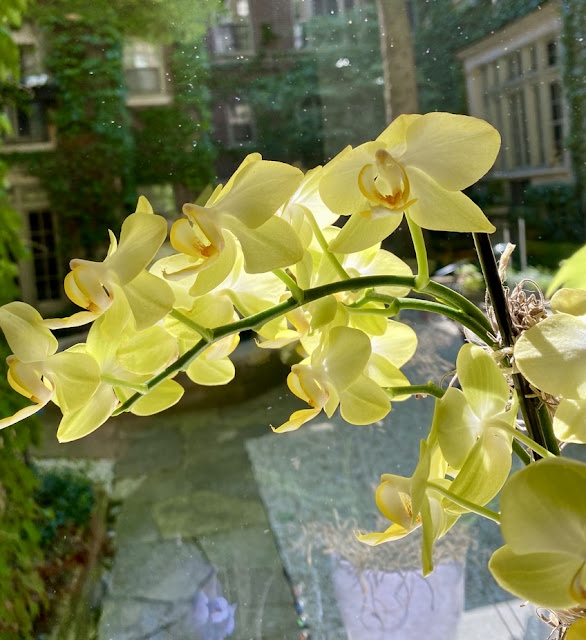 Custard into crust, then bake. 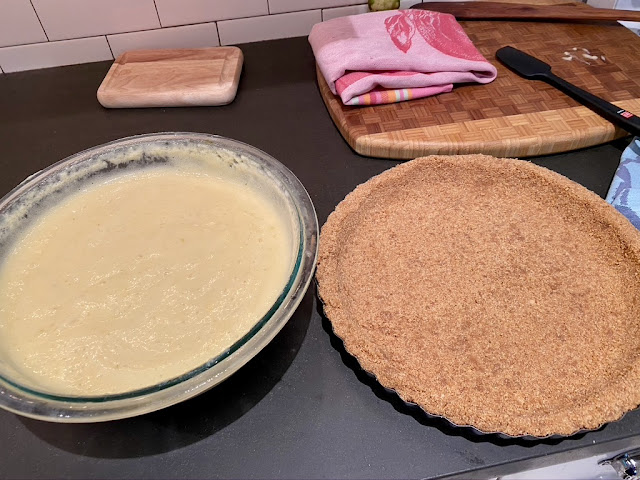 Simple, right?  Here’s what happened in the oven. 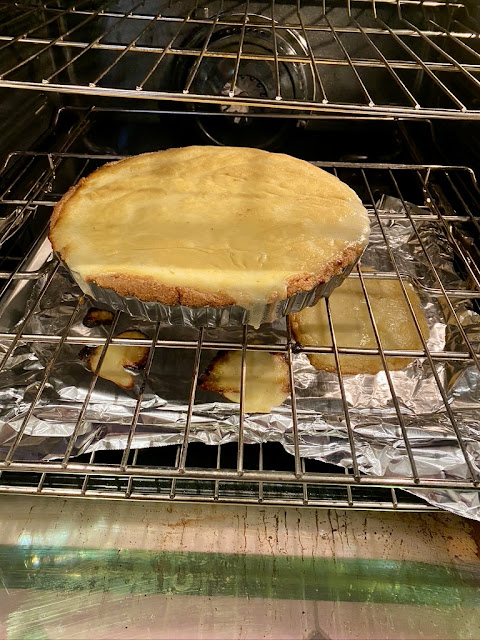 Once the smoke started pouring out, the drip pan was added quickly.  Here is the sad result now chilling in the frig overnight to see if there is something to salvage beside a key lime and graham cracker slurry. 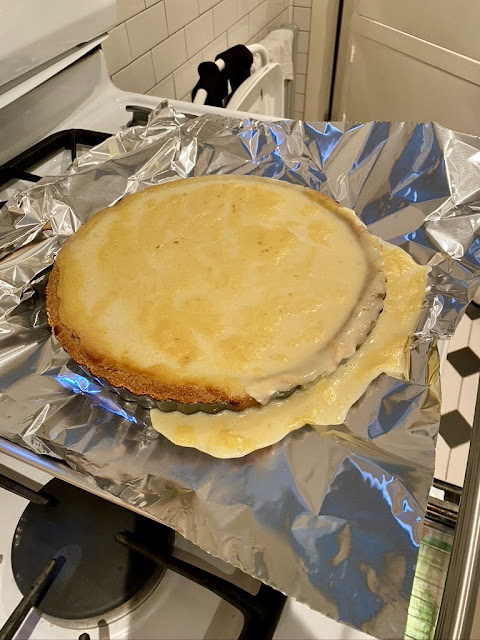 I did some research this morning and it appears my recipe was the problem, calling for far too much lime juice. So now I'll begin again and maybe do a progressive cook off of all the recipes through the summer. Wayne will be happy!
(Please pass a spoon so I can try that lovely-looking slurry.)

Friends in the garden 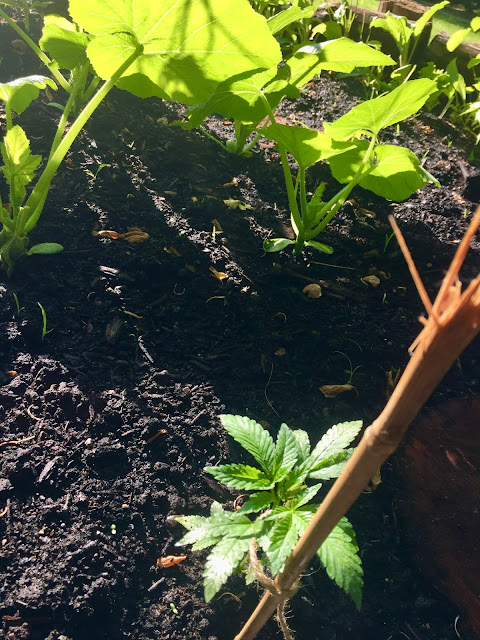 Poetry
“Not the Ocean?”
James Richardson

Landlocked here
in Princeton—haven’t seen
the ocean in a year.
Is it still there?
The footage
last night on the news looked…
maybe archival?
And the rumors
are terrible—
no sharks, no whales,
the reefs bleached
to a sterile paleness,
and an eighth continent,
petabits
of polystyrene and acrylic,
replacing the Pacific.
Are you sure?
Those white, anonymous
filets they sell me
in old-style paper
might be from farms,
fish libraries, alt-lakes,
and the last
oyster I sipped
from its little
rocky basin—
did it have just
the weak-with-Arctic
-icemelt, hydrocarbon
tang of this
particular
bad year of ocean?
Maybe a relic?
I could ask my Brooklynites
who ride the elevated F
to look up from their phones,
but it’s hard
to tell the harbor’s distant blue
through those tiny, glaring windows
from simulation—could they be sure
it was real, it was now?
I’ve searched
the papers, but the things
these days that pass unsaid
are world-size. I might be
the last to know
what Matthew Arnold long ago
discerned,
the melancholy, long, withdrawing roar
of the Sea of Faith retreating
down the vast edges drear
And naked shingles of the world—
maybe withdrawn
into a subduction zone?
Could you swear, have you checked?
I mean, within the hour?
As easily as you wake,
your round eyes dry,
and blink,
it could be gone,
since even its superstorms
and rogue waves, seen
in proportion, are a slick
on an eight-thousand-mile
sphere of rock,
a ball rolled through wet grass
into hot sun.
Once I was surer
what was what—the word
under my feet, the sky, the stars,
and from the shore,
Relax, my mother called,
lie back and put your arms out straight
and it will hold you.