Chefs today might be prepping food for a Father's Day celebration or just for a summer day's good eating. Rob was motivated by a half-price bag of shrimp... 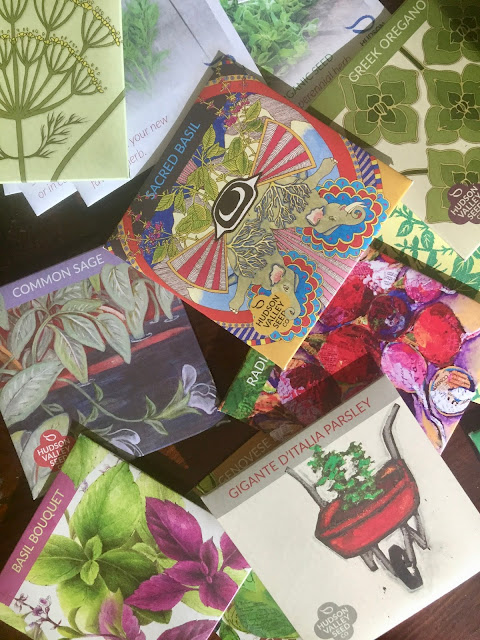 Rob writes: Shrimp on sale! A two-pound bag of raw, shell-on shrimp for half price.  It took me a nano-second to pick one up.  All kinds of recipes exist for shrimp, but unless you're doing a boil, most call for a sauté in the pan.  Tonight I riffed my way through several recipes.

First I created the shrimp stock with the shells and some thyme from the courtyard. 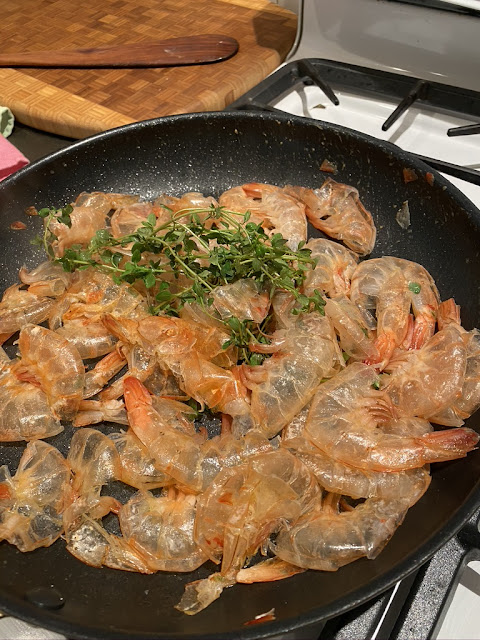 Then a quick sauté of the shrimp 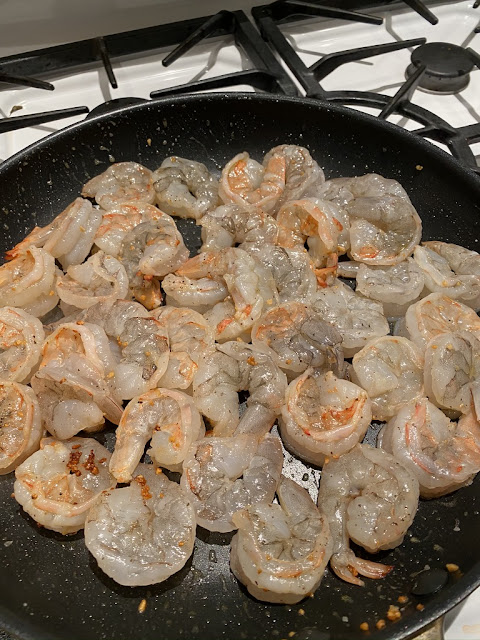 Shrimp come out of the pan, in goes a can of diced tomatoes and the stock. 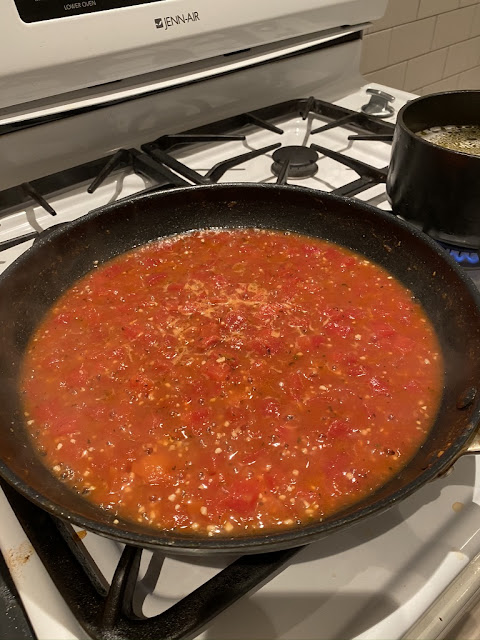 Let that cook down and in the last few minutes, stir in butter, lemon, caper, and fresh basil. 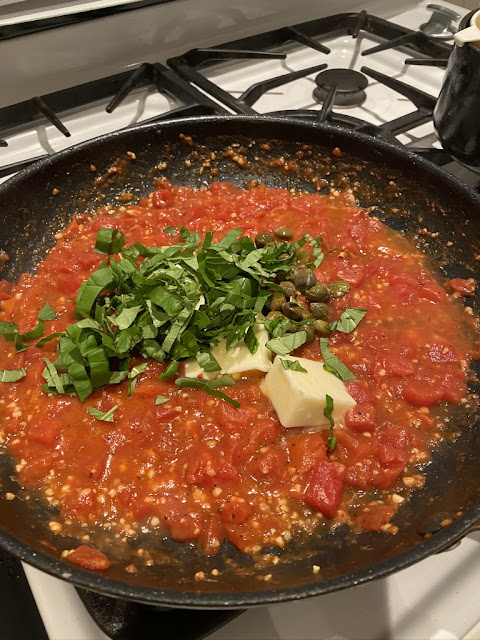 This is a keeper for me and it plates up nicely 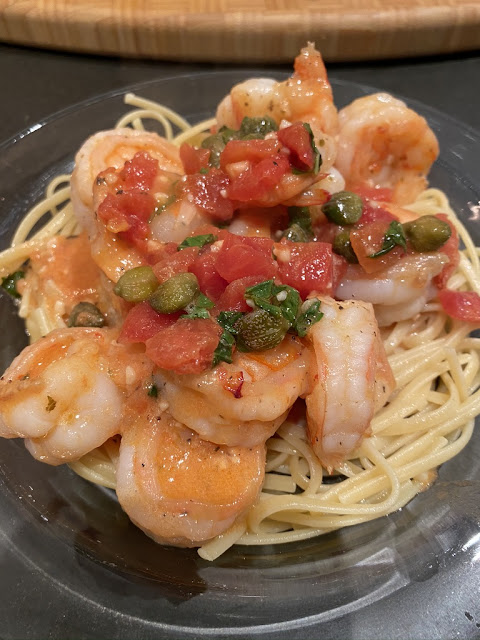 Kay made Rob's Vineyard Sauce
I used white wine vinegar because I didn’t have any red wine vinegar.
Shameful as I was married to an Italian. 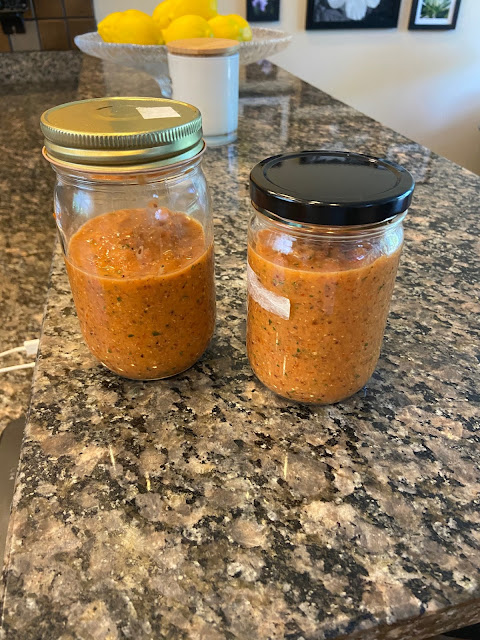 Poetry
Migrating Birds
By Mónica de la Torre
Victor gets a real sense of power
from making his own raisins. He buys
pounds and pounds of grapes
and leaves them to dry
on the kitchen table.

Theresa doesn’t want to hear about
her ex-husband’s cancer. Not on Father’s Day.
She takes a train all night
to have breakfast with her cousin.
All Sunday she rides the train back.

Once Martin’s wife had left,
he decided to take advantage of her space.
He built a sauna where her closet was,
and now sits there every morning
to read the paper and Buddha.

One night Helga wore her prettiest dress,
thought she knew he wouldn’t be there.
She drank white wine, got drunk
(she was on a diet), and fell down.
Later he saw the holes in her pantyhose.

María was usually bumping into
furniture. Each time she got closer to what
she wanted. “What do you want from me?”
“Nothing,” he replied, so she took off
and felt like migrating birds. But many.

Garlic scapes
from the CSA box 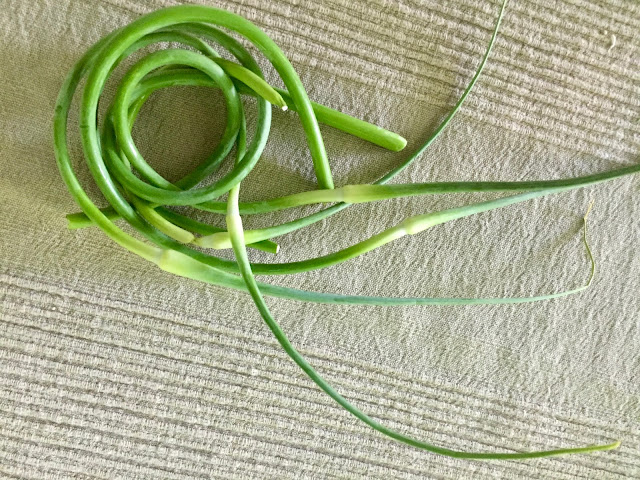 "Right Back Round Again"