Good morning campers! Today we woke up on an island in the Columbia River in southern Washington. There's the river right there, out our back door. 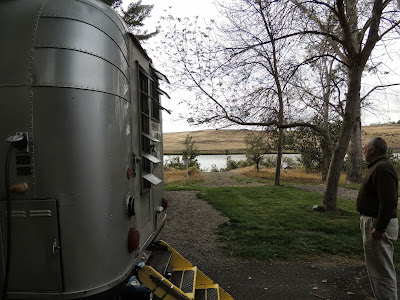 This is the site of Crow Butte Park, whose complicated history seems worth describing.

Crow Butte Park was initially developed by the Corps of Engineers and then transferred to the State of Washington. The state managed the facility for several years, but was unable to continue operation when budgets became strained. After the state closed the park, local farmers formed an organization and ran Crow Butte for the next four years. The farmers were having difficulty sustaining the maintenance of the park and asked the Corps of Engineers to lease the park to the Port of Benton effective August 1, 2007.

The Port’s decision to invest in the park followed meetings with the Confederated Tribes of the Umatilla Indian Reservation and officials of Benton and Klickitat Counties. The two counties helped fund capital improvements at the park for the first three years. Benton County continues to support the Port financially and has allowed us to make several upgrades to the park with more improvements on the horizon.

The Crow Butte Island is culturally significant to the local tribes, leading to a ceremony on August 28th, 2007 in which the Confederated Tribes of the Umatilla formally blessed the park.

Yesterday we drove from Spokane through eastern Washington. Friend Kathy, whose vineyard is much farther north in eastern WA, says “everything grows here” with irrigation. It’s very dry and sunny, and there's lots of agriculture. 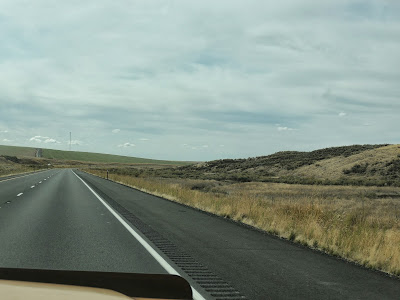 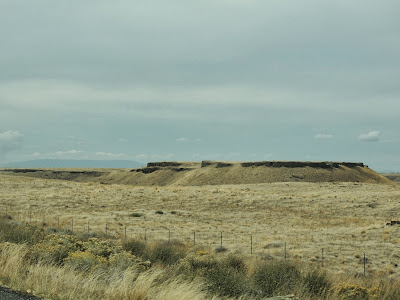 A vineyard we passed on our drive. 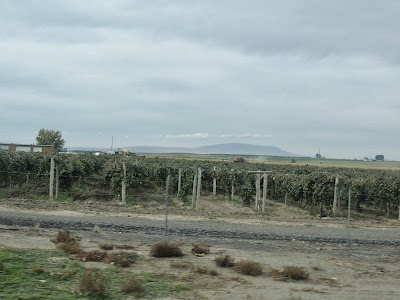 It’s very quiet at this campground, except for the occasional coal-hauling train that pushes hard down the tracks across the river. Otherwise, this partly federal park (the only reason I know is because of the sign saying it's illegal to smoke marijuana here because it's federal lands) is still open through October. We choose a site right along the river’s edge. 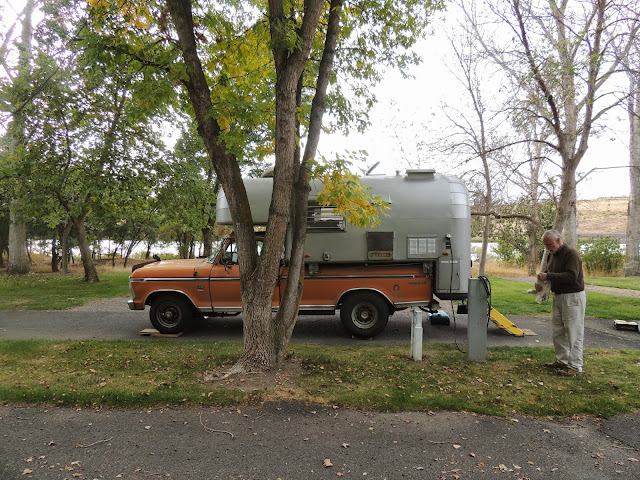 Time for late lunch/early dinner. Leftover ribs and the biggest baked potato evah from dinner out in Coeur D'Alene (where we stayed in a motel) + spinach/tomato/avocado. 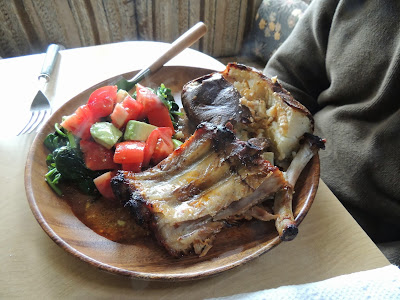 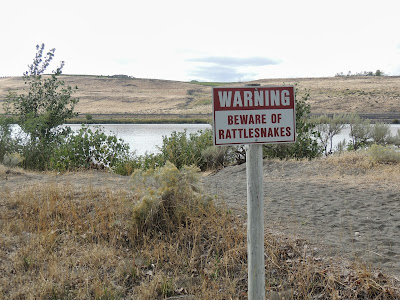 It's the path down to the Columbia River and I'm aiming to fish it. First, though, preparing the tackle seems a lot like sewing. My brothers always did this part--lucky me. 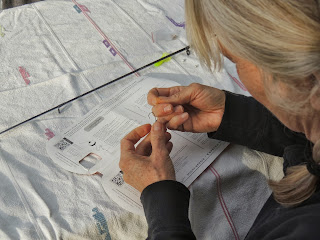 I’m fishing! It’s late afternoon, the sun is setting, the river virtually calm (except for tiny fish leaping from its surface as if to taunt me), and the air's a warm 65-70 in the sun. I've got on my Target shit-kickers/rattlesnake deterrent boots and all's right with the world...except no fish this first time for the new gear. 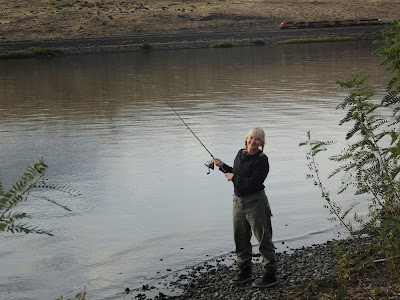