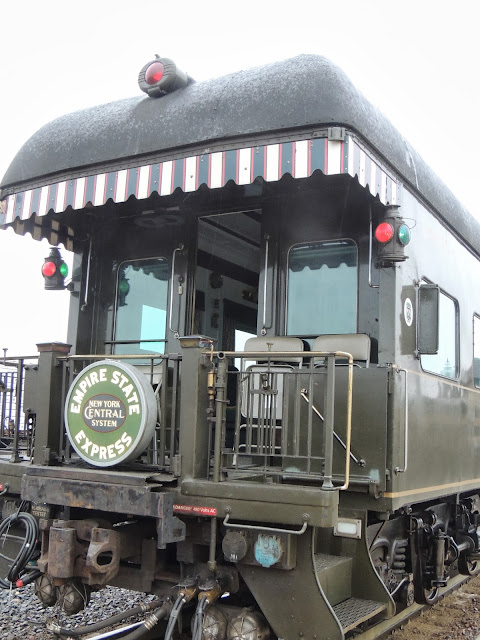 On one of our stops where we're permitted to get off the train for fresh air and a stretch (these are few and far between), I spy a grand old train car attached to the back of our train, in fact to our sleeper car. 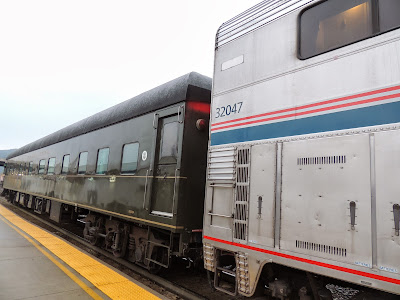 It has a fascinating history:


New York Central 3 was one of four sister cars commissioned in 1927 by the New York Central Railroad and placed into service in 1928. However, its amenities were considerably different from the other three cars, because it was designed as the personal office car of Harold Sterling Vanderbilt, the last of the famous Vanderbilt Family to direct the New York Central Railroad. The most significant difference: It had a huge brick fireplace in the dining room. (Unfortunately, the fireplace was removed during a major post-war rebuild, and replaced by the present mahogany breakfront, which is an exact replica of the breakfronts initially built for the other three cars.) 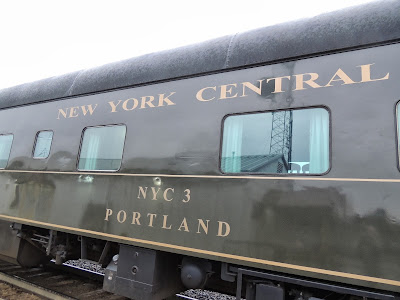 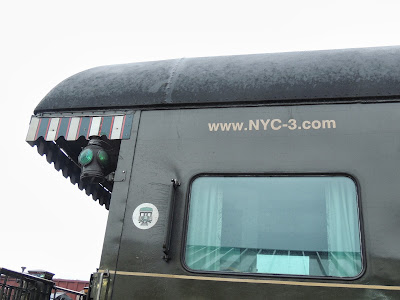 Just now, on a fresh-air stop in Minneapolis-St Paul, we saw two more, this one from about 1914, with three staterooms, dining area, and staff facilities. Recently it joined half a dozen other such cars on a coast-to-coast trip for an artist/musician group playing in various cities across the country. Doesn't that sound like fun? 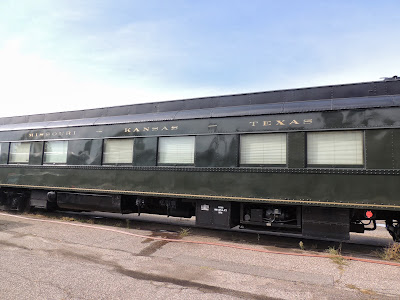 I fell instantly in love
with this car from the 20s 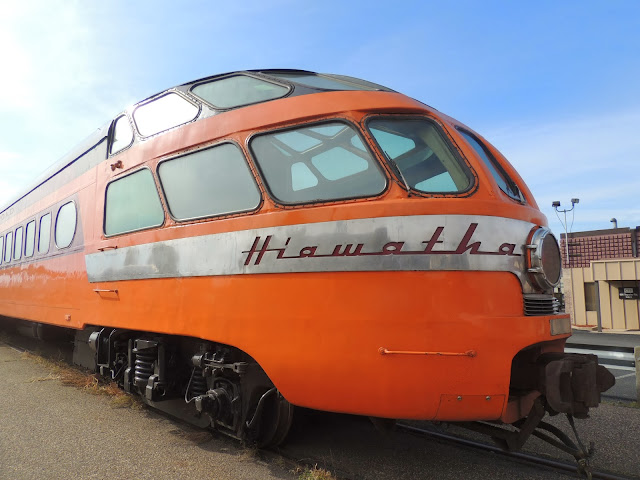 All these old cars hook up to Amtrak to move their passengers down the line. The guy in charge of this one said it was Frank Sinatra's favorite car. 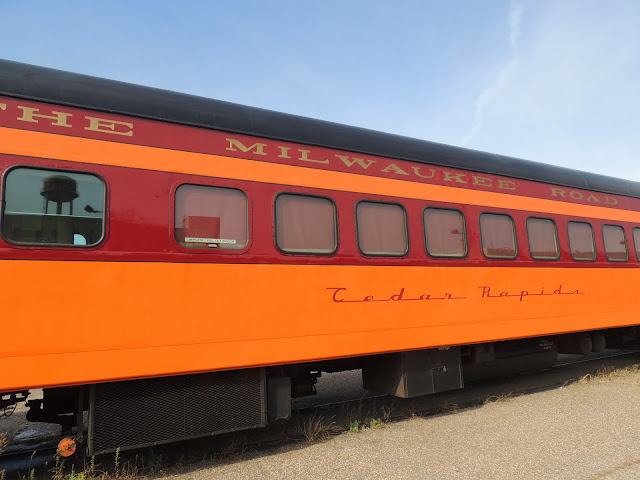 Check out the observation area... 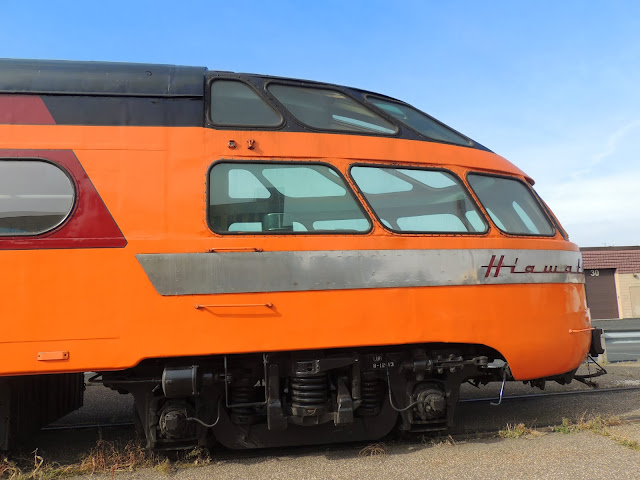 Plus, this little guy, along for the ride but pouting because he was sent back inside for running. 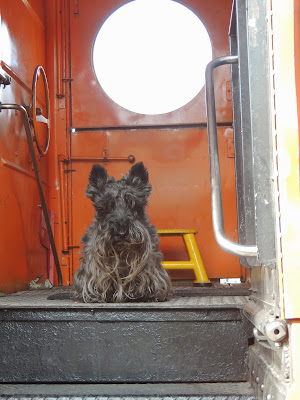 Can't get onto the website to read about its history, but you might be able to: http://261.com/
Wouldn't it be a dream vaca to charter one of these? 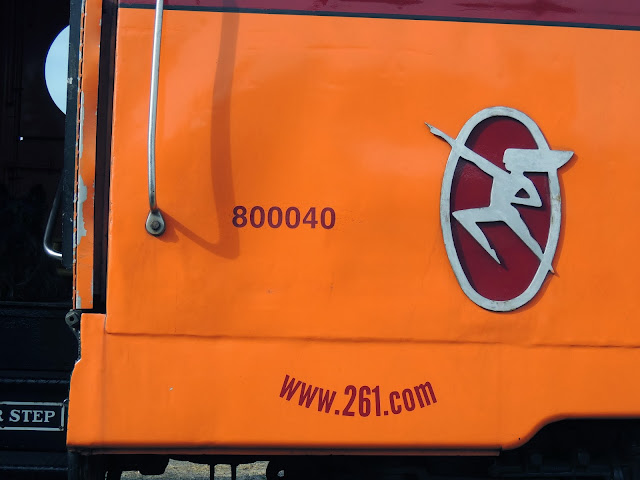