"Doing well for a Māori": My Experience of Racism in New Zealand


'Doing well for a Māori': My experience of racism in New Zealand
Freeman Apou
Jul 07 2020 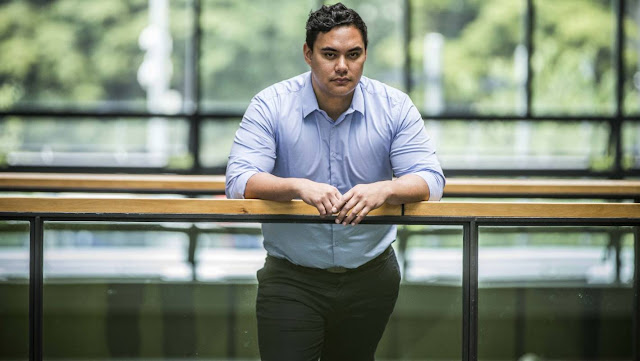 I attended a gathering with some close friends on Saturday evening. It started off like any other night - alcohol, beer-pong, cards and talk about whose parents were in dire need of a divorce.

Classically, he is a white male.

If you can't see the issue with this banal rhetoric, you're probably contributing to the overall problem.

These types of conversations draw comparisons between various historical traumas. White people often do this to minimise issues and diminish your experiences to absolve themselves of responsibility for the effects of colonisation.

Apparently, I, as a Māori male, should be thankful Māori only experienced the decimation of half of the population from the introduction of viruses novel to our immune systems, musket trading and the subsequent wars, confiscation of land and disempowerment of my people, poverty, poor housing quality and poor health… the list goes on.

But, wait! It's OK because I didn't get murdered by puritans so I should be thankful I've won the marginalised lottery.
It's incredibly annoying to listen to people try to minimise the effects of colonisation and then try to defend themselves, usually utilising the classic "I'm not racist, but.."

Racism is a spectrum. Just because you don't use explicit hate speech doesn't mean you don't harbour racist attitudes that affect your words and behaviours. This includes myself and it is something I am always working on.

That week was a hard one overall.  I had already experienced racial profiling that week; a friend told me I was "doing well for a Māori". The assumption here was that Māori can't achieve, and I'm an outlier because I'm a Māori medical student in my final year. In the same week, a landlord for a property I viewed asked if Work and Income would be paying for my rent.

I receive comments like this all the time and I shouldn't have to put up with them, especially from my friends, and yet these implicit biases pervade my life and erode my confidence. Do I say something? Or do I let it slide like the other 10 comments this week?

These small microaggressions add up and adversely impact the way indigenous people see themselves. It changes the way we view our culture, and warps our identities into a white-ified version that's more palatable for everyone else.

The Black Lives Matter campaign has been one of the most effective movements to bring race relations to the forefront of discussions; because race is important; because black/brown and other coloured lives and experiences do matter.
But what does this all mean for the average reader? You're likely one of two different personality types. The first is the cognitive dissonance personality. Nothing I say will change your mind and I'd be astonished if you read beyond the first paragraph before muttering "racial divide and media hype." The second is wondering what they can do?

In medical school, we're taught something that the average New Zealander probably never does – critical reflection. It's the process of reflecting back on an event in an analytical manner to make meaning of it by engaging our ability to reason, understand our values and biases, and work through these reactions and feelings within the broader social context. This process is particularly useful in race relations and is something that everyday people could benefit from.

When considering Māori or other cultures, I want you to stop and start thinking "Why do I think/respond this way? Where did this thought come from? Is there actual evidence, or does thinking this way suit my narrative?" Then try and act to change these thoughts and behaviours, however small they seem.

Do this every day - I don't care how you do it, but just start thinking critically around your own behaviours. You'll find that once you start doing it, you might stop accidentally making racist remarks around people who can't be bothered hearing it or getting snapped at by your coloured or woke friends who don't have the time to argue with someone who thinks they've developed a novel argument.

This is a small change you can make right now that requires very minimal effort on your part -  it just requires you to try and make small adjustments to the way you think.

Because most of your thoughts stem from a collective mind – your environment; who you surround yourself with, what you watch, what you listen to all contribute to your ideas and perceptions of coloured people.