A day that began with overcast skies and hail on the caravan window during breakfast evolved as we departed, morphing into a crystalline lens through which to view fresh snow on the mountains. 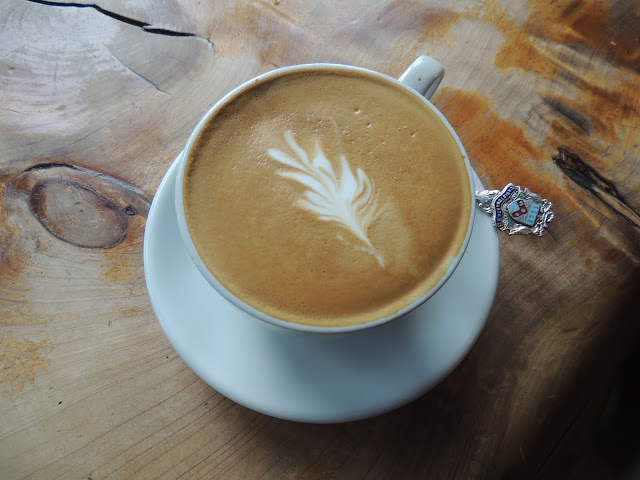 Today we're driving to Te Anau in glorious Fiordland National Park. Deep Lake Hauroko, which we visited several days ago, lies on the verge of this awe-inducing, 3-million-acre World Heritage wonder that clings to southwest NZ.

A screenshot map of Fiordland (the green area at left) evokes nothing so much as a living, breathing lung, and that descriptor is apt given that the entire park is made up of pristine native forest. Up at the top of Lake Te Anau is the breathtaking Milford Sound. We visited in 2015 and wrote about it here. 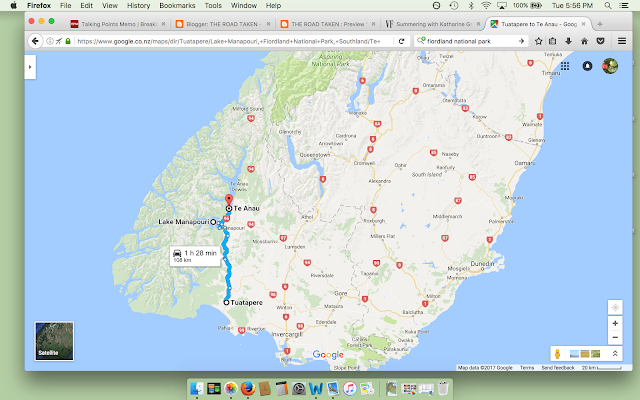 From the farmland of Tuatepere north to the mountains. 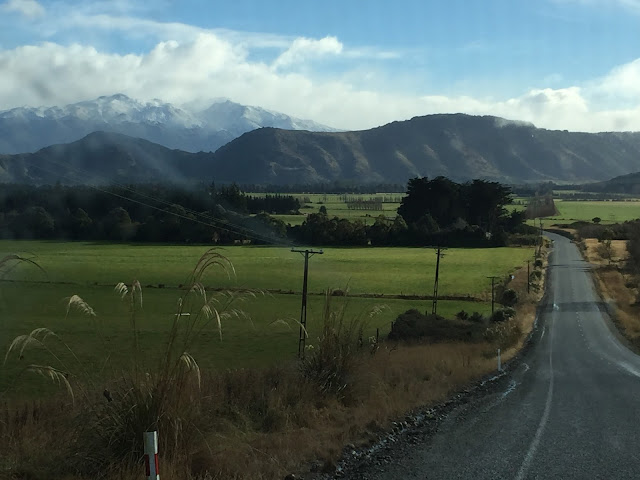 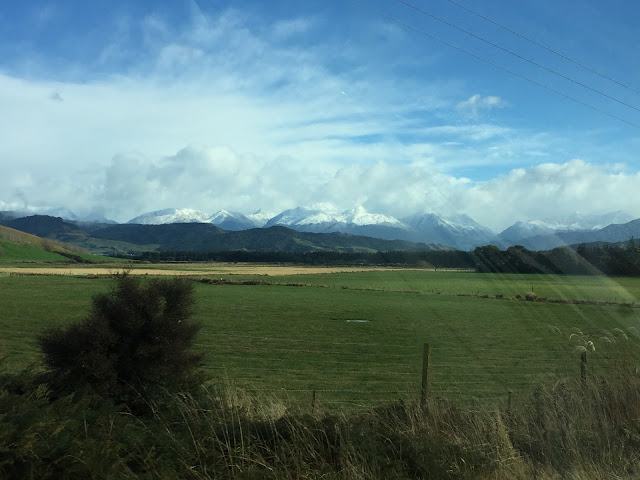 The weather's clearing, a gift to photographers who shoot from the passenger side. 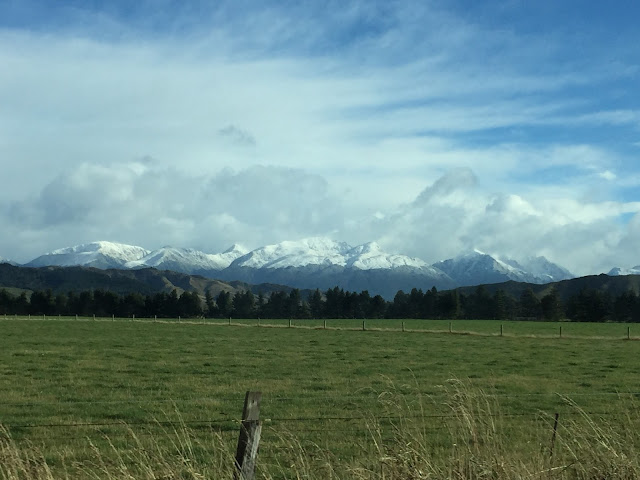 It's just a gorgeous drive. 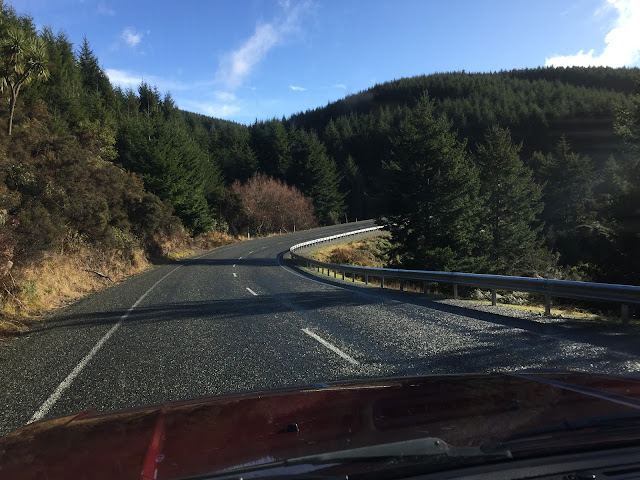 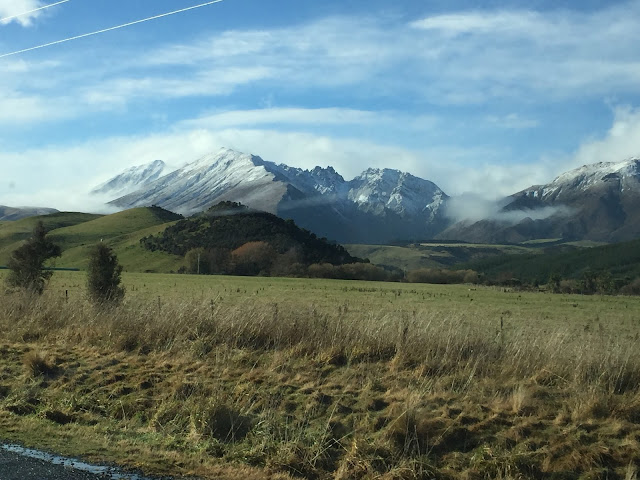 Click here for some jaw-dropping Fiordland beauty, because even though we're heading to Doubtful Sound on Saturday we'll never get to photograph it all. This is our kind of place: protected, respected, and treasured by people who love the outdoors. 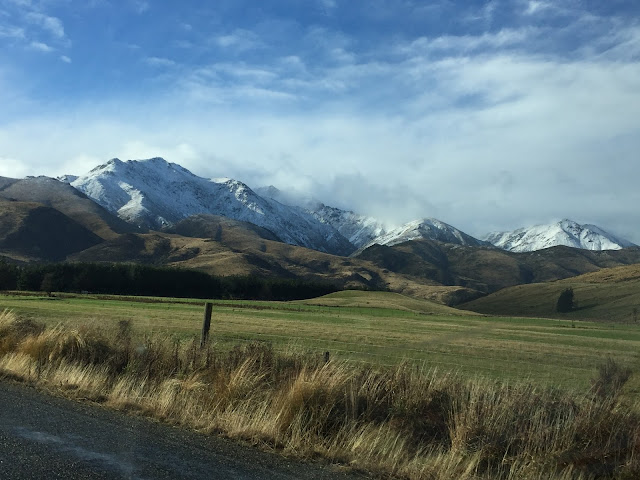 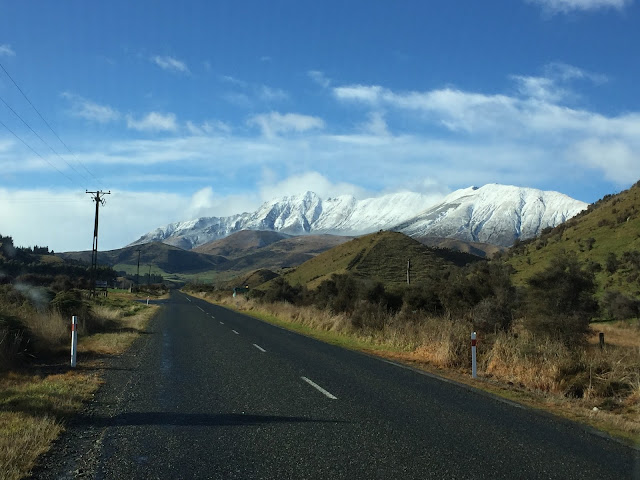 The literature describes the massive park thusly...
Fiordland is one of the southern hemisphere’s great wilderness regions and has achieved World Heritage Status for its stunning natural features, exceptional beauty and role in demonstrating the earth’s evolutionary history. Home to Mitre Peak, the stunning fiords of Milford Sound and Doubtful Sound, the beautiful lakeside towns of Te Anau and Manapouri and the Kepler, Milford and Routeburn Tracks, Fiordland is known as the sightseeing and walking capital of the world.

By the time we reached Lake Te Anau, the storms had returned, but we think grey tones enhance the landscape's mysterious quality. 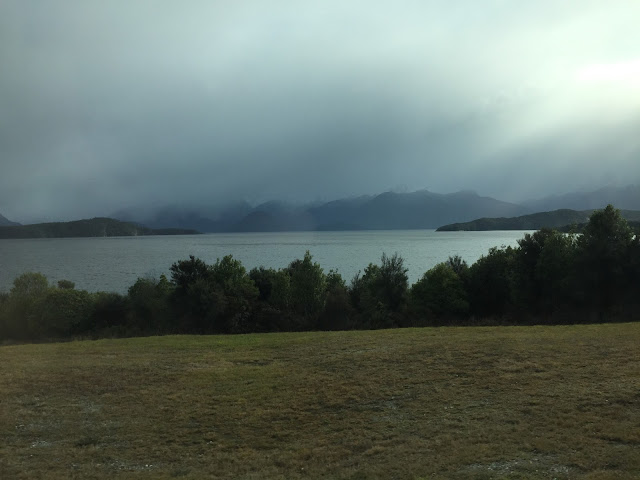 Our campsite looks onto Lake Te Anau and the sun broke as we settled in. We hit the grocery for provisions and then the aforementioned Sandfly Cafe for late lunch. Vegetarian curry with cashews hit the spot. 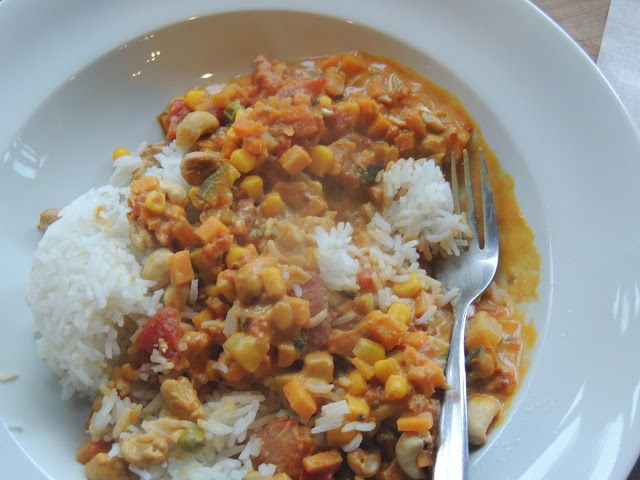