First meal today: pork belly with raw vegetables. The caravan oven theoretically reaches 454 F, and at least that much heat is needed to crisp the top. Still, it was delicious. 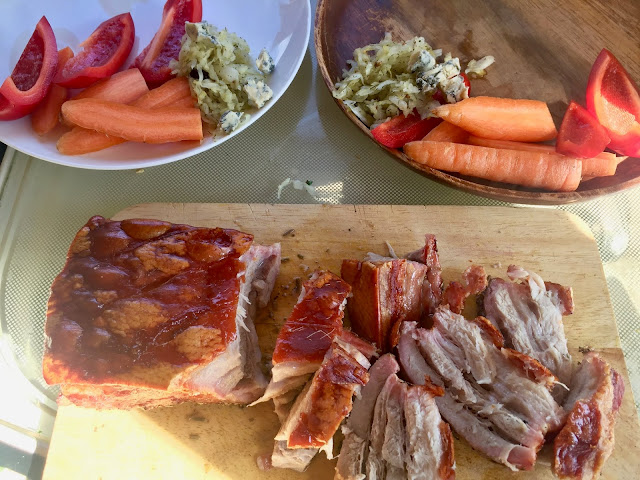 Our field trip takes us to the west coast of Golden Bay, a wild and virtually uninhabited area bordering Kahurangi National Park and the Tasman Sea. Most of the trip is on gravel roads. 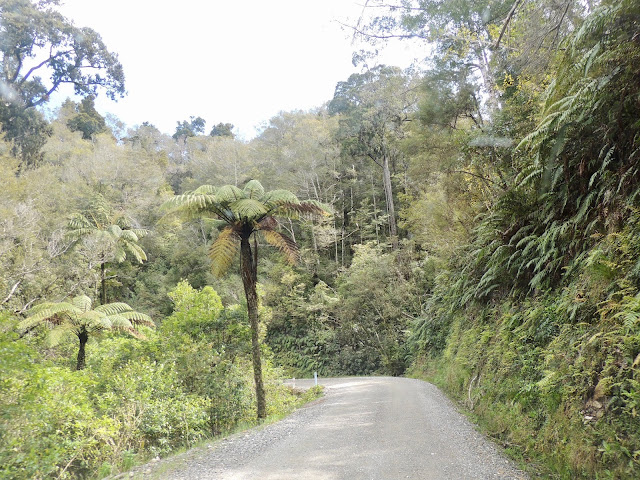 Pause to consider the fact that the glossy Westhaven Luxury Lodge is also located on this west coast. You can have a look here. I'm pretty sure that most of the guests (paying rates that seems to start at $800 per night) would be helicoptering in. The lodge was put up for sale last year for a cool $24 mil and I wonder if it's been sold. More here.

We're heading for Mangarakau Swamp/Wetland, but first we drive along the eastern edge of the Whanagnui Inlet, a protected marine environment. 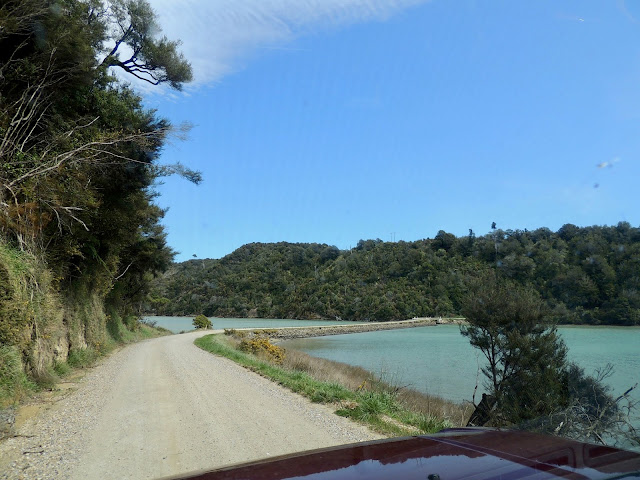 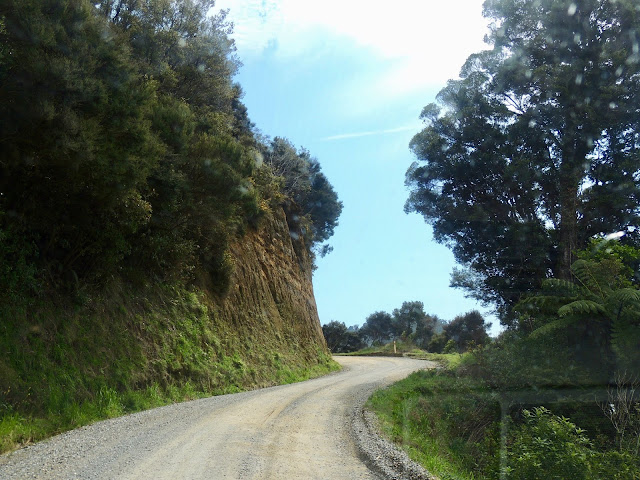 Here's a map (click here to view if reading in email):

Mangarakau Swamp is relatively pristine freshwater swamp at the southern end of the Whanganui Inlet, south of Farewell Spit on the west coast. Westhaven is one of the largest and least modified estuaries in New Zealand. It was formally protected in 1994 with the creation of the Westhaven (Te Tai Tapu) Marine Reserve and the Westhaven (Whanganui Inlet) Wildlife Management Reserve. 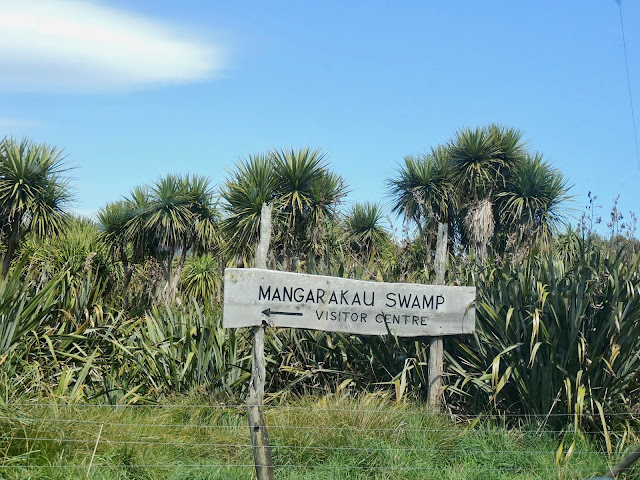 (Photo of a visitor center bittern picture, not the actual bird, would that it were.) 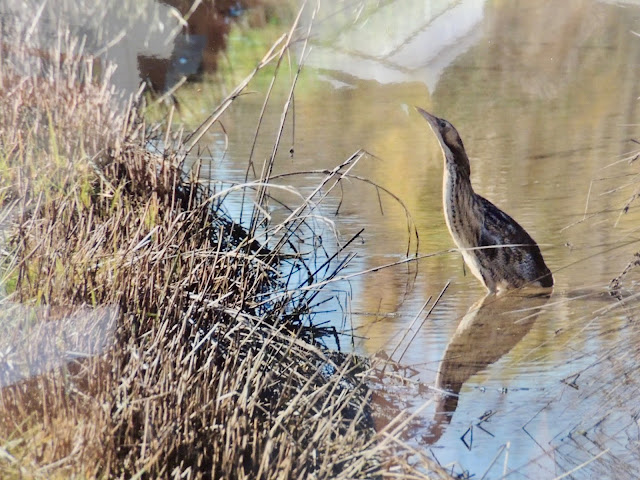 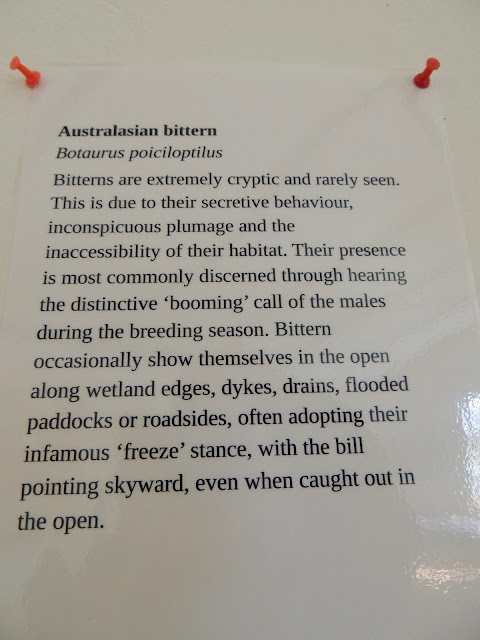 Mangarakau means plenty of sticks; a great many trees.

This is a magical location – to the west are tidal bays and inlets and towering limestone bluffs, and to the east the forested ranges of Kahurangi National Park. Take your binoculars as it's a great place to see wetland birds like the Australasian bitterns/matuku and fernbirds/mātā. 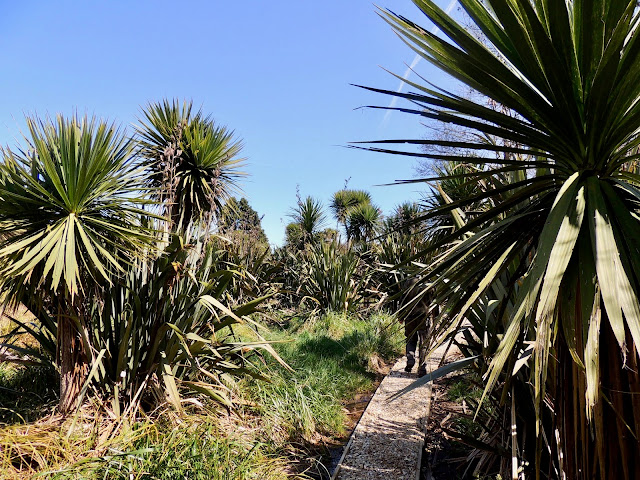 It's clear an enormous amount of passion, dedication, and work have gone into the restoration. A bit of history:
Mangarakau Swamp is a national treasure, a unique and special place. It is the largest remaining wetland in the Nelson/Marlborough region - almost as big as all the other freshwater swamps in Nelson put together.

The swamp has survived to this day because it has defied every attempt made in the last 150 years to drain it.  Mangarakau was considered by early European settlers as an impediment to the access they wanted to the goldfields, timber, flax beds and coal mines of the locality, and a source of little more than eels and mosquitoes. Unable to drain it, they had to work around it. A few traces remain of their endeavors and settlements, but the wetland remains in all its glory, one of only 10% of our wetlands that have survived in all of New Zealand. 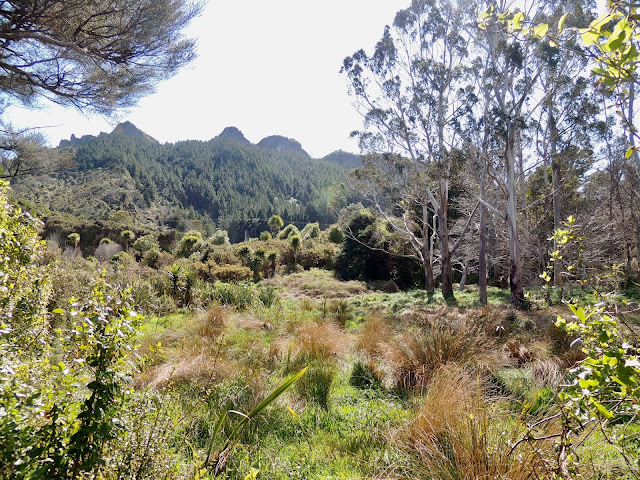 The wetland covers about 350 hectares (864 acres), of which half is owned by the Department of Conservation. The Native Forest Restoration Trust owns most of the balance and the swamp is currently managed by Friends of Mangarakau Inc. which was formed in 2003. 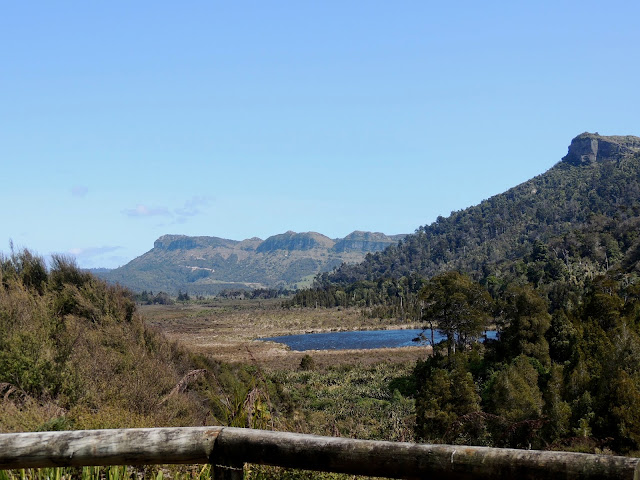 We walked, most enjoyably. 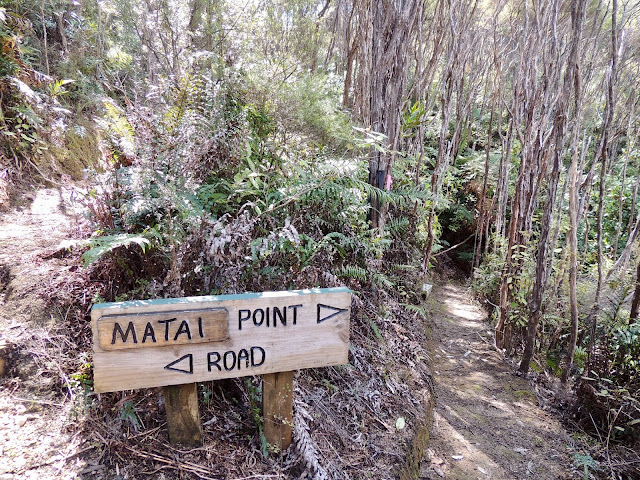 54 bird species have been sighted in or around the swamp.  Here's an informative article on the restoration work that's gone into the area. 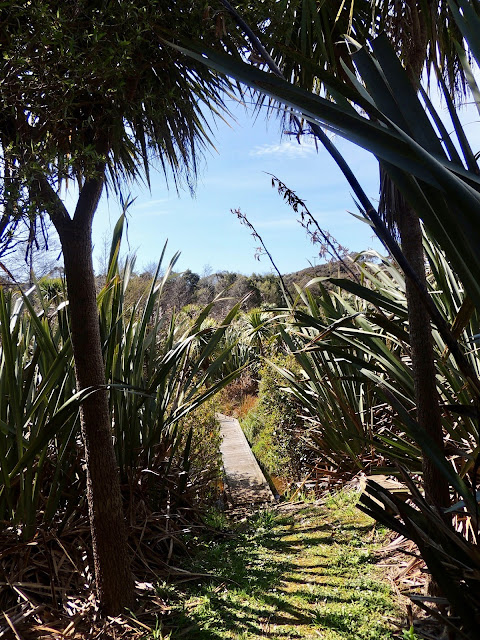 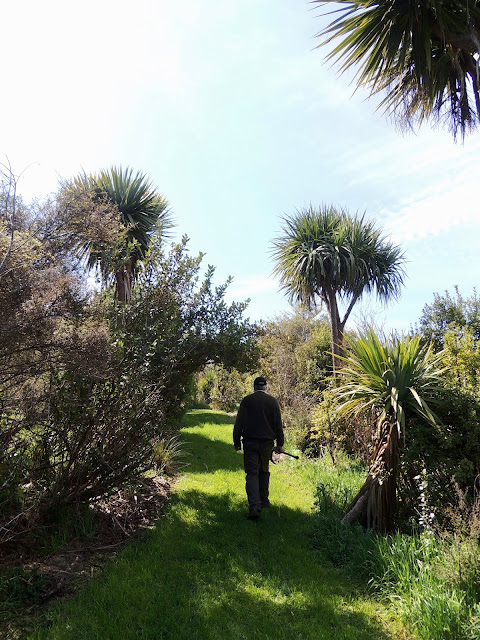 On the return, in a vast region that's home to about 34 people, I spy a cafe. So random. I love NZ. 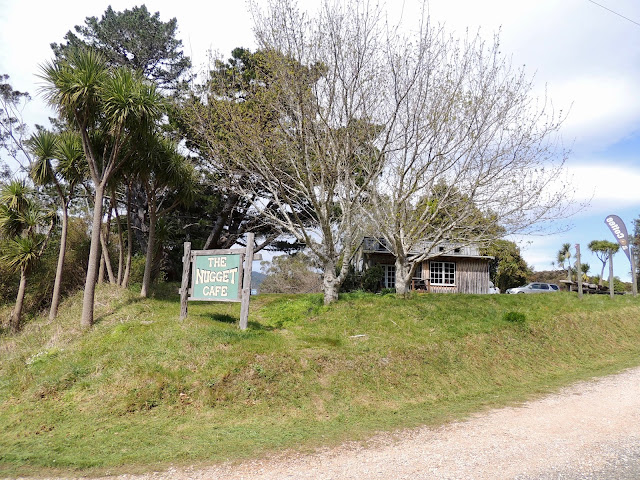 Of course we stopped for a flat white and began to talk to the proprietor, a USian who moved to NZ from California many decades ago and raised her children here. We got so deep into conversation (whose subject matter I'll bet you can guess) I neglected to make pictures of her light and tangy lemon cake. 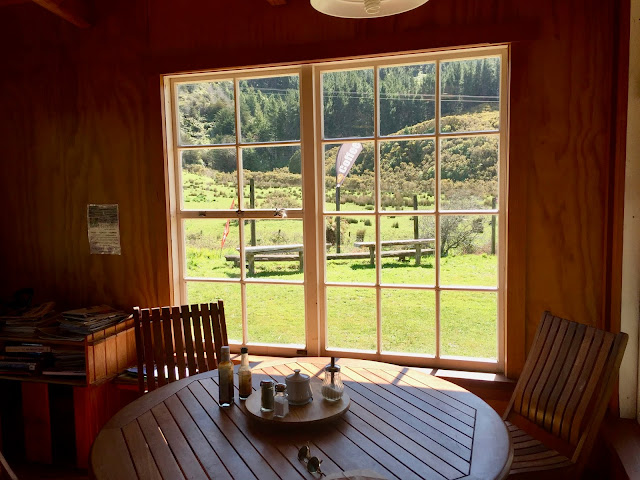 Heading back to Pakawau we wondered aloud at how diversely we humans live our lives, the cafe woman and her family for 28 years in a remote and raw corner of NZ. 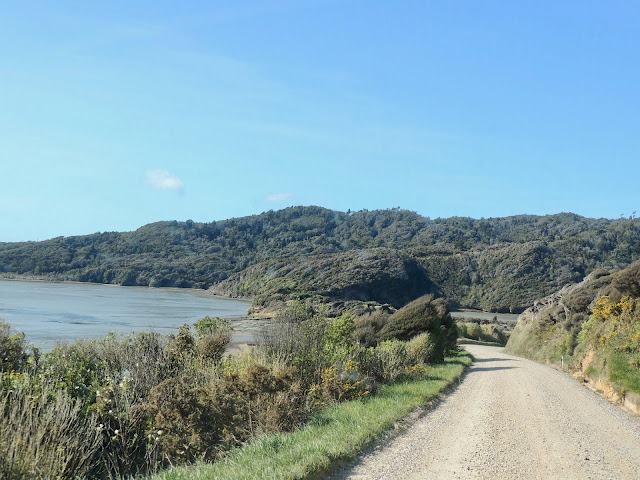