We are privileged to be exploring this unbuilt environment. How many such places remain in our world? 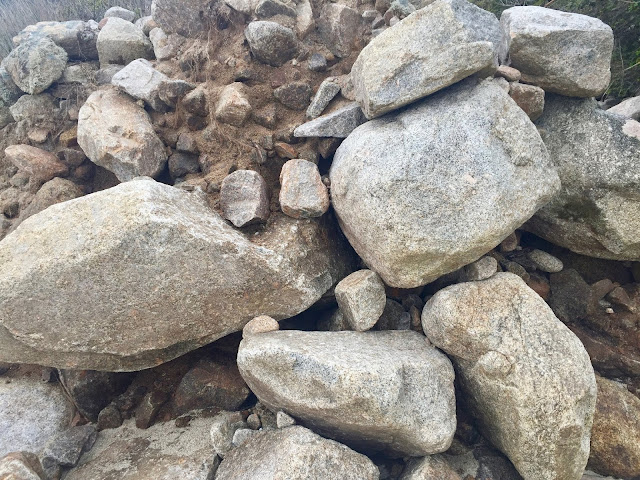 We go to sleep to the thundering waves and the song of the night birds. Here's afternoon light. 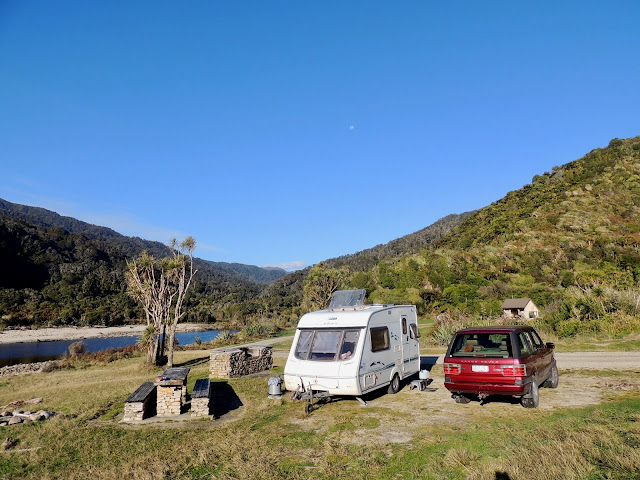 Tarakihi for first meal, with cauliflower and red pepper. 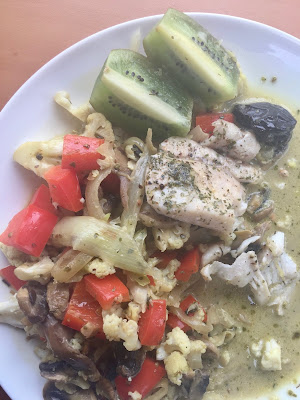 Then we walked a few hours, into Kahurangi National Park (NZ's second-largest national park) via the Heaphy Track, which takes you all the way over the mountains to Golden Bay, or vice versa.

Our destination: Scotts Beach and back. 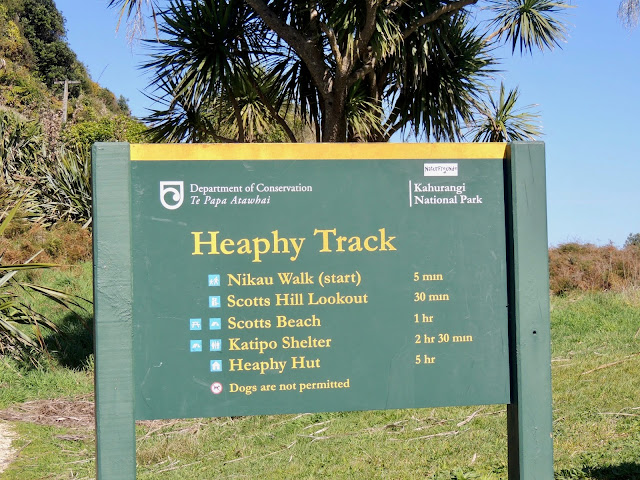 The bridge over the Kohaihai River 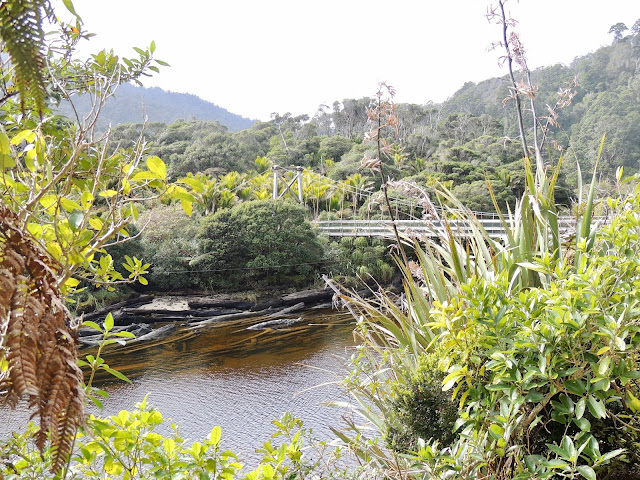 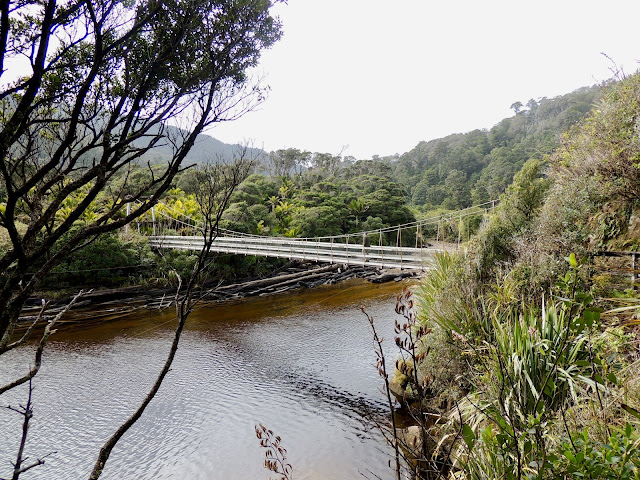 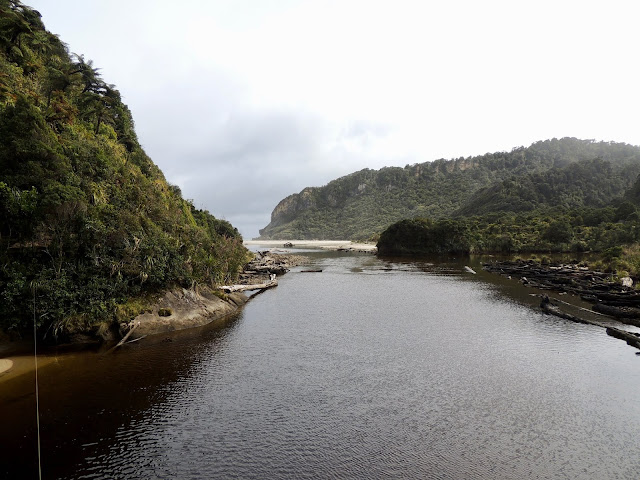 The complex landforms of Kahurangi National Park attract fossil hunters, cavers and anyone with a fascination for geology. On the surface, fluted rock, arches, sinkholes, shafts and disappearing/reappearing streams give the landscape exceptional character. New Zealand’s oldest fossil – 540 million years old – was found in the park. Mount Owen and Mount Arthur are the park's 'marble mountains'. Within these mountains, water has dissolved the marble to create extensive cave systems. There are 18 species of native New Zealand birds living in the park. While walking, visitors will be serenaded by bellbirds, tui and sociable South Island Robins. Several species of native land snail may also be encountered. These giant snails are carnivorous, feeding at night on worms that grow up to a metre long. If you go caving, keep an eye out for the Kahurangi Cave Spider, one of the world's rarest, which has a leg span of up to 12 centimetres. 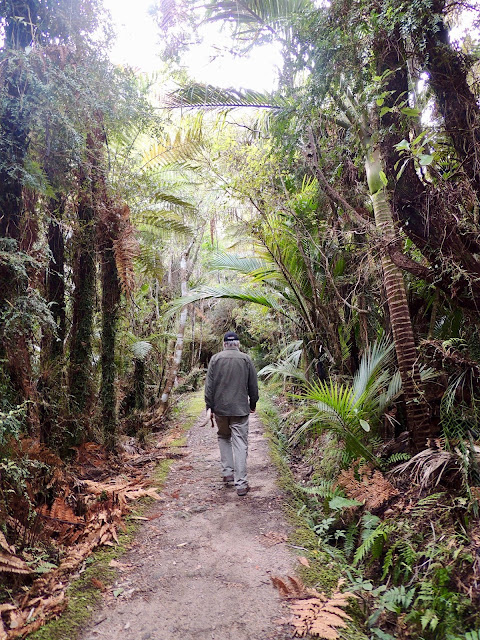 Walking in NZ is a deep pleasure, in part because there are no threats--no bears, snakes, spiders, or bison. On the other hand, I was in such a deep contemplative place that a guy walking his mountain bike up behind me frightened the daylights out of me.

The Heaphy Track is open to bikes during winter and spring. 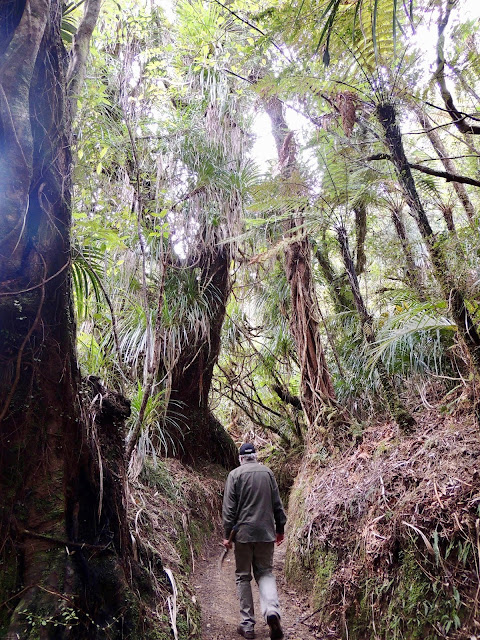 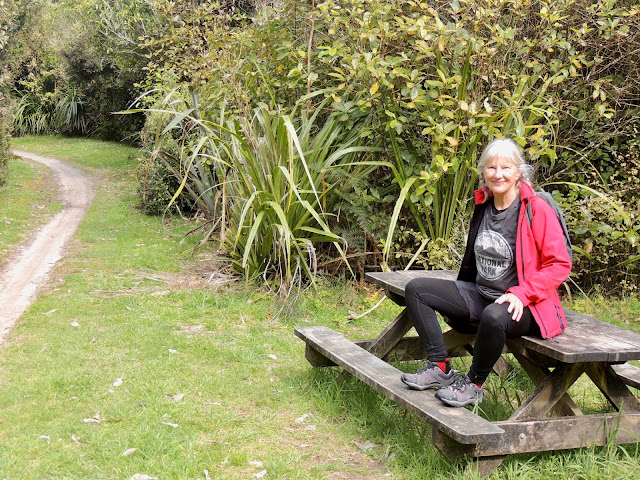 Scotts Beach, one hour (more like 1.5 for us because who wants to rush) into the Heaphy Track, with four more to go until you reach the first overnight hut if you're doing the full walk. 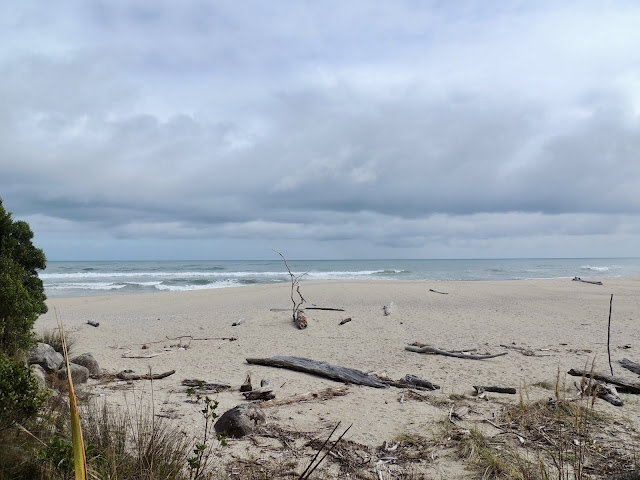 There are countless miles of uninterrupted beach on this west coast. 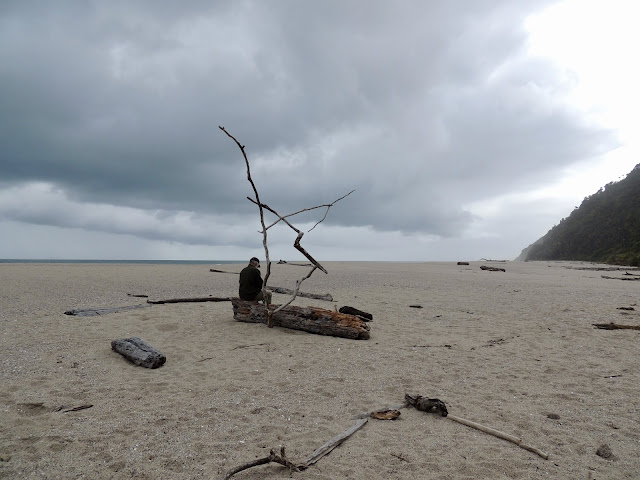 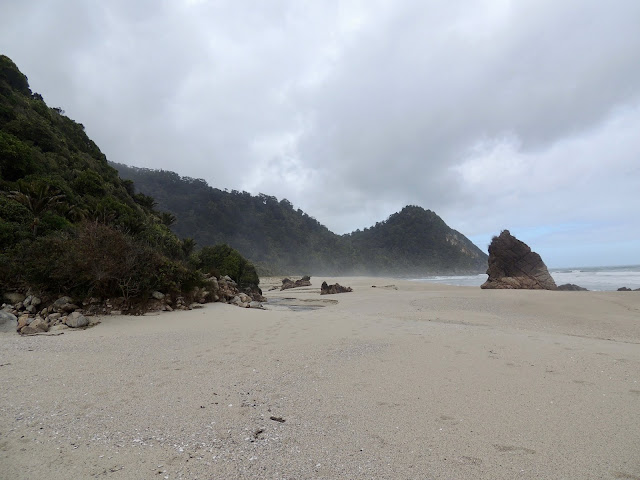 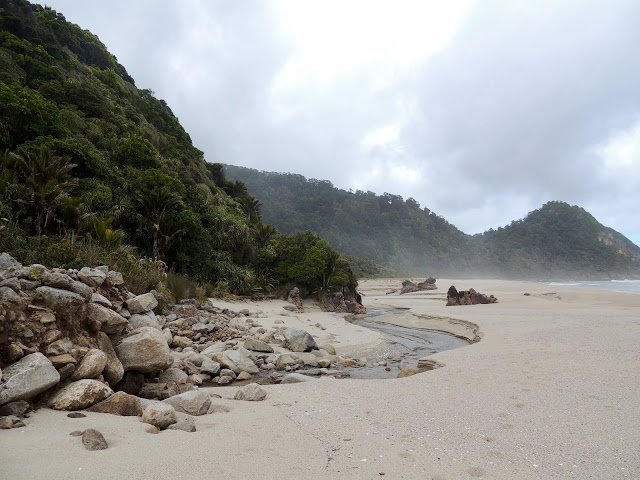 Back at the campground with a new friend. Despite the bruised skies, we've had gentle weather here, in the 50s and 60s, ideal for walking. 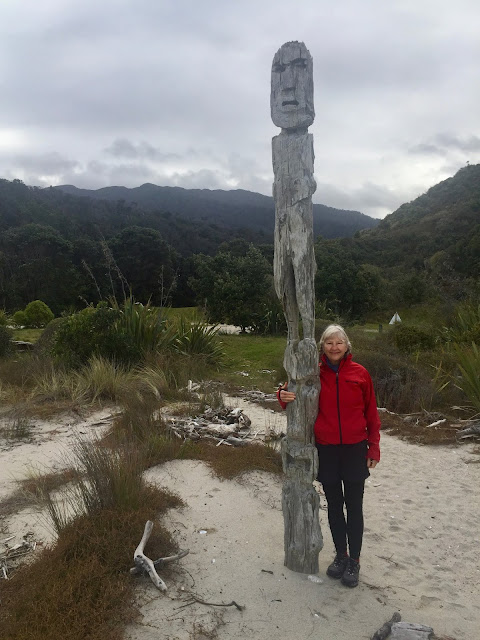 We've seen just about all of this outsized west coast, basking in its beauty and walking its shores from its southern tip (south of Haast) up to this northernmost car-accessible point. Sea level rise is eroding vast portions of the coastline and we're grateful to have visited it again (click here to view if reading in email).