Tresspassers Will Be Composted + We Wait For Pinguinos 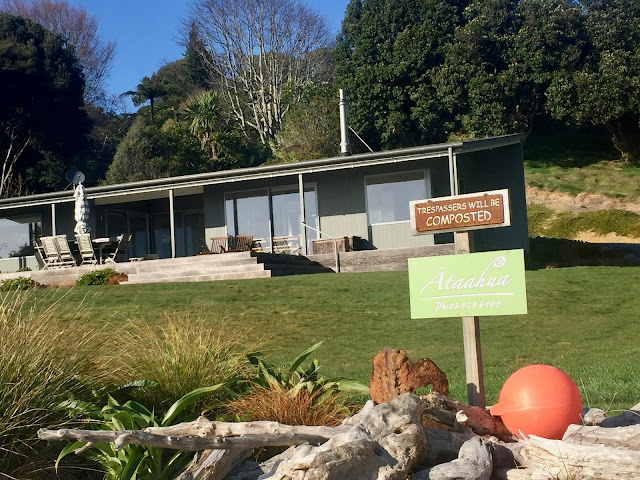 The exquisite 8 am light of spring at low tide. 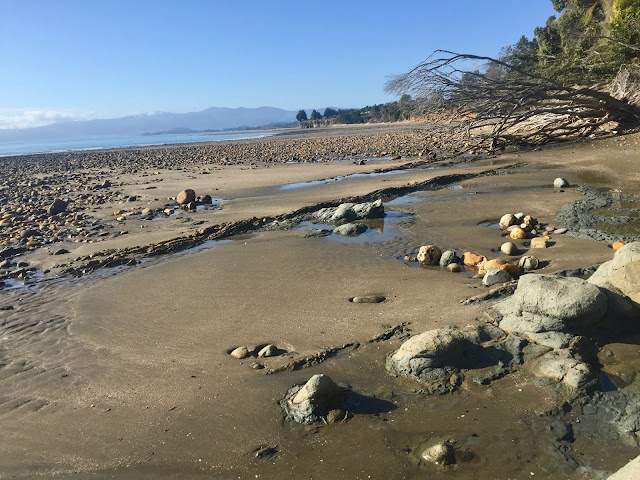 Many quartz rocks here and also marble. In fact the Takaka Hill is called Marble Mountain. 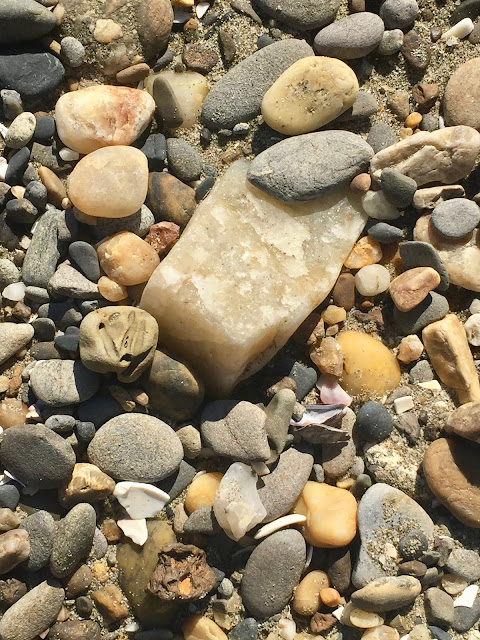 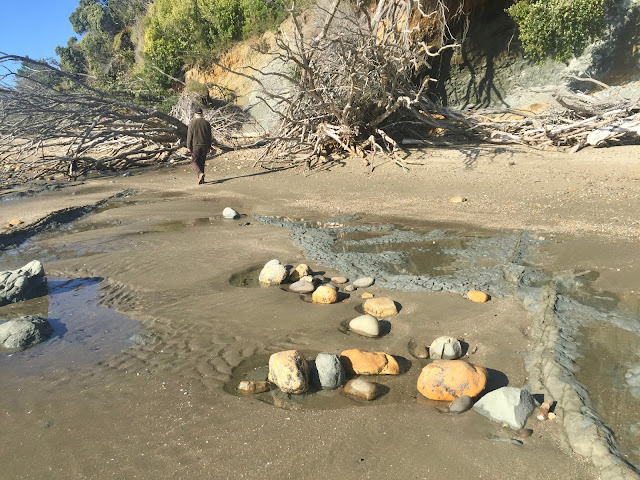 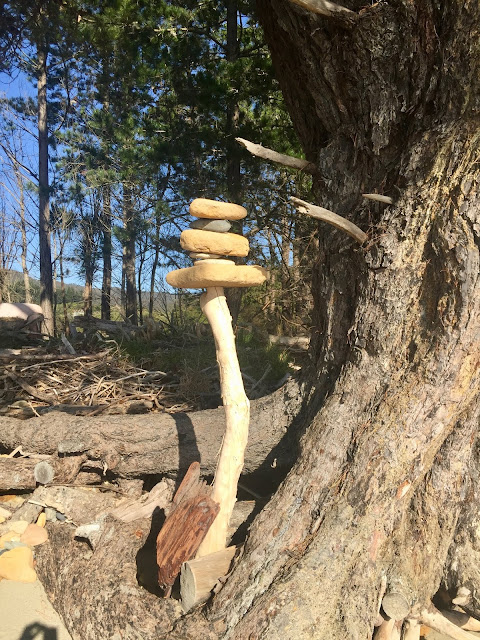 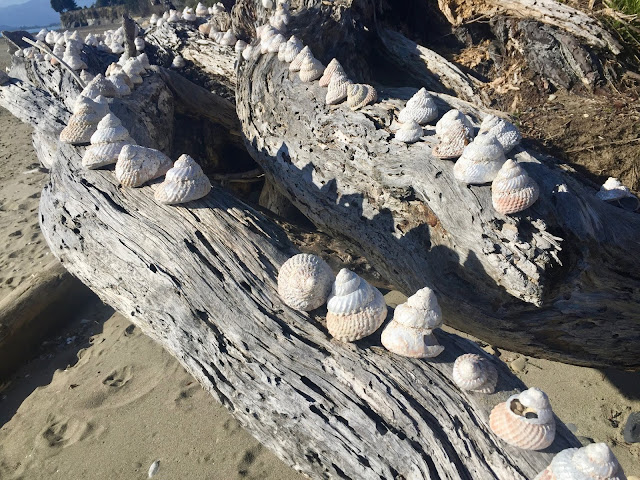 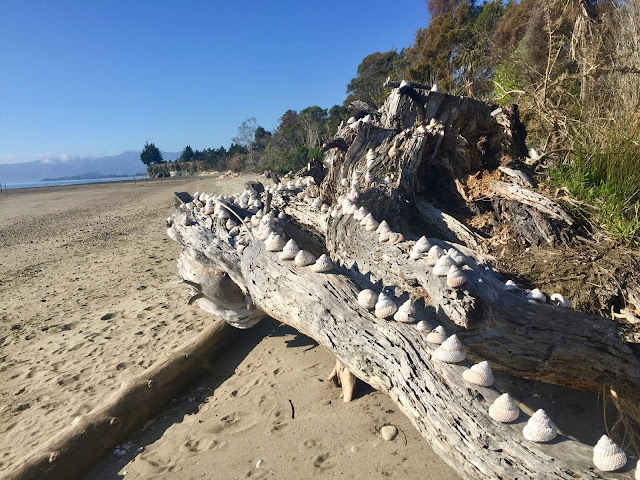 I wonder where this leads, but I don't fancy being composted just yet... 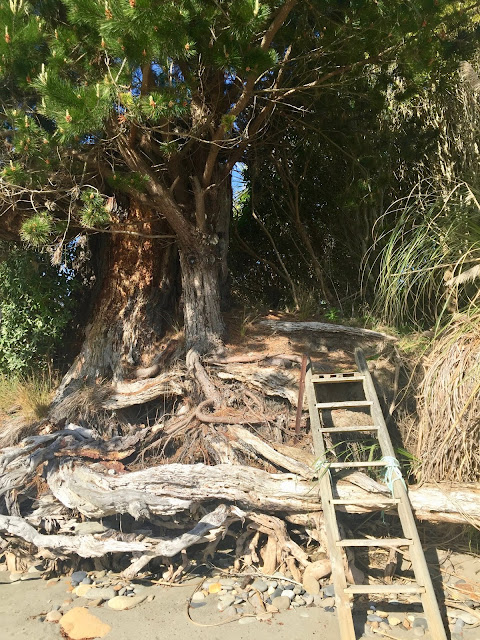 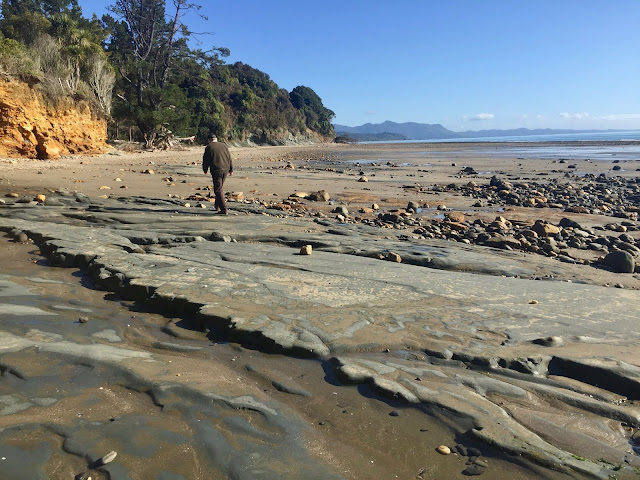 Art's grilling steak for first meal and I'm in charge of the vegetables. See the opening in front of our caravan? Just down from the edge is where a penguin box sits (see below). Note also the fish cleaning table at left under the palm. 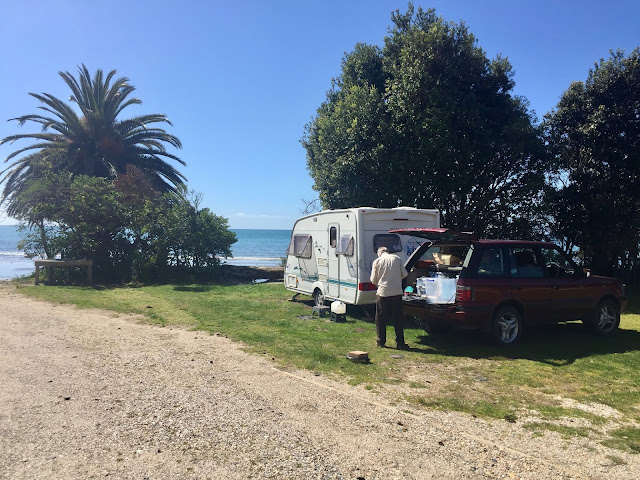 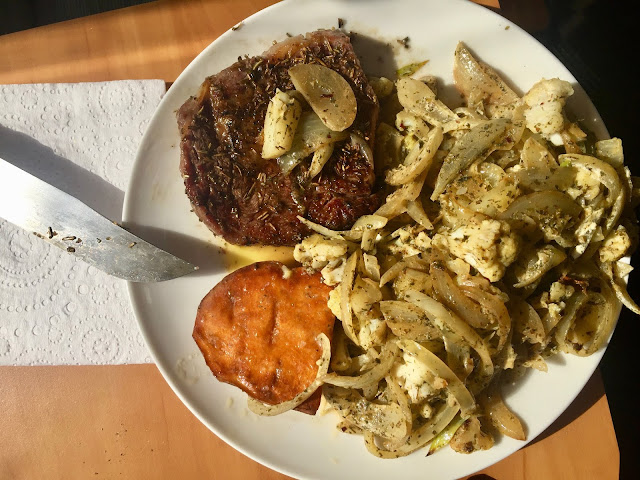 As many of you know, I never miss a chance to chat up a fisherperson. This guy was justifiably proud of the catch he was cleaning, which I inadvertently covered up with my finger. 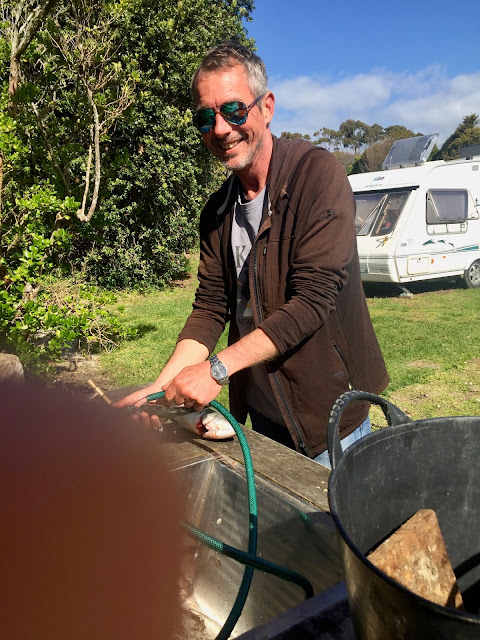 Luckily I made this picture too. He caught the fish on a jetty a few miles north of where we're camping and described the small one as a sardine. I'm not sure about the larger fish, but clearly he was filleting them for a meal. 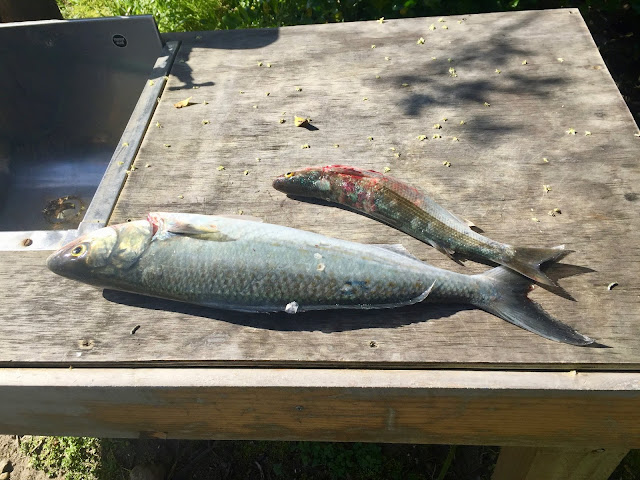 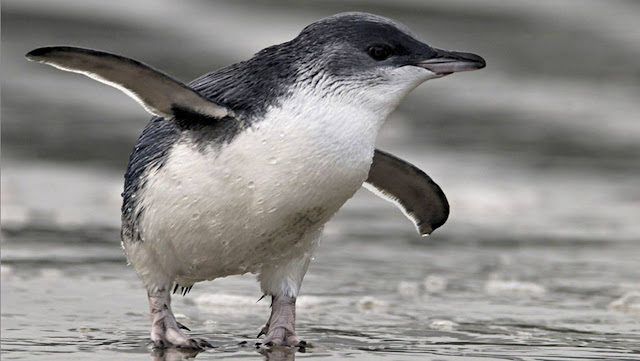 We just learned there's a penguin box right in front of our caravan on the edge of the beach. Look how cleverly it's been disguised. A wee casa for a penguin, I attempted to explain to a tiny girl and her parents visiting from Chile, with many hand gestures, naturally, since I have about as much Spanish as they have English (though I've found that smiles and sign language bridge virtually any language divide). 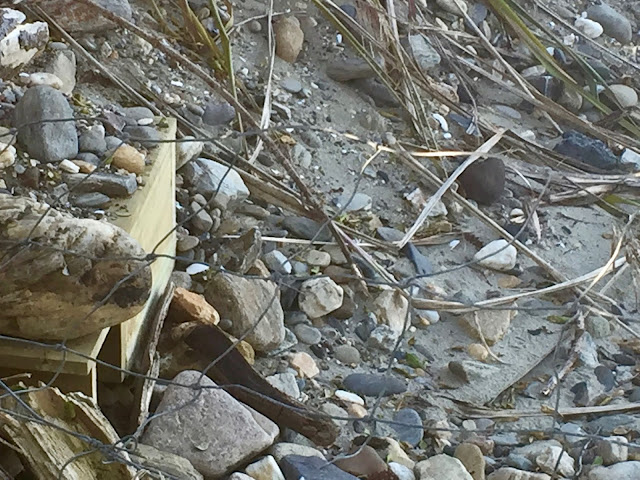 Here's a longer shot of the penguin box (lower left). Now we await dusk and cross fingers for penguins/pinguinos, who come to the boxes set up along the beach here to sleep and sometimes to leave their babies while they go fishing. 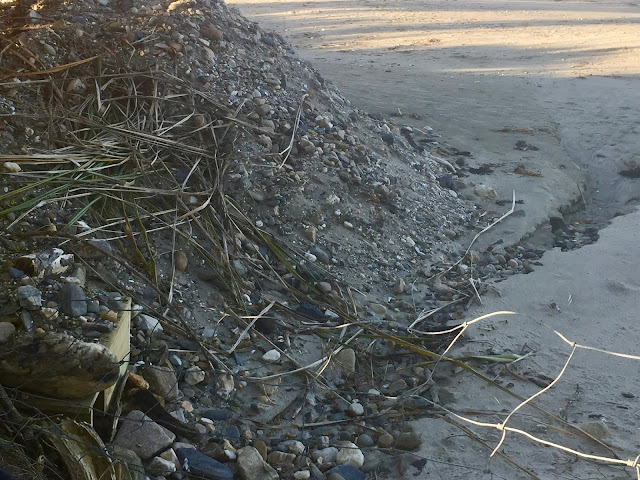 Read more here about the Golden Bay effort to protect their little blue penguins, noting especially:
"Alastair Judkins and his penguin detector dog, Mena, are due to spend three weeks in Golden Bay during August to survey the little blue population."

A handsome Kiwi with a penguin detector dog? What the heck, I'll keep my eyes peeled for him too... 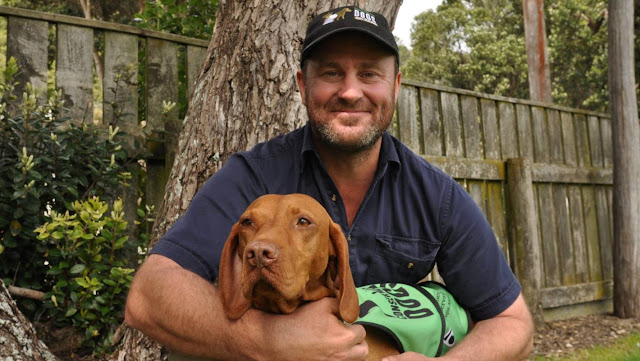