Since we left you we've done a bit of caving... 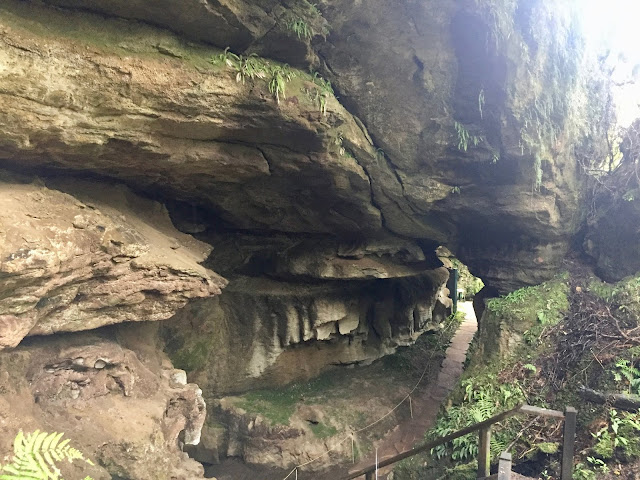 ...and eaten duck confit in our wee caravan, stretching our legs outside every day. Spring is in semi-full flourish here, the light in the evening a happy surprise. 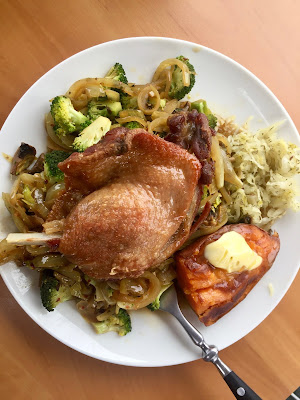 Yesterday we left the splendid Kohaihai DOC site and drove to Carter's Beach outside Westport for some food shopping, laundry, and other essentials before the next push north. Here's the Westport civic building, built 1938-1940. 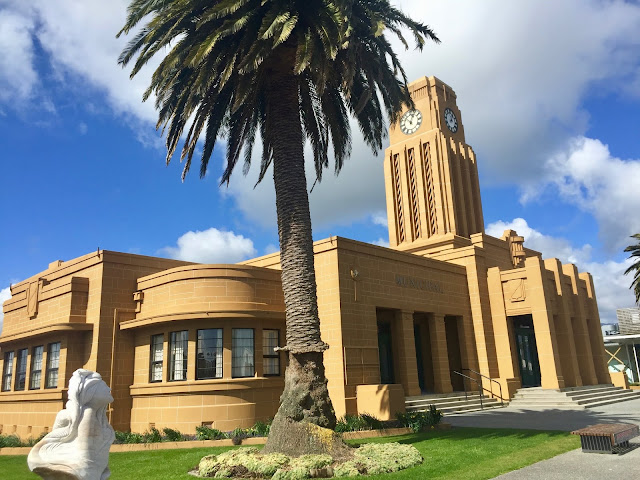 Having been established in 1861, Westport is the oldest European settlement on the West Coast. The town's County Council Chambers reflect the pre-eminent position of Westport in the Buller district and the local county council's contribution to the government of the region. The building is an excellent unmodified example of the Moderne style which was fashionable in New Zealand during the 1930s as a popular alternative to the stylistic purity of the International Style. 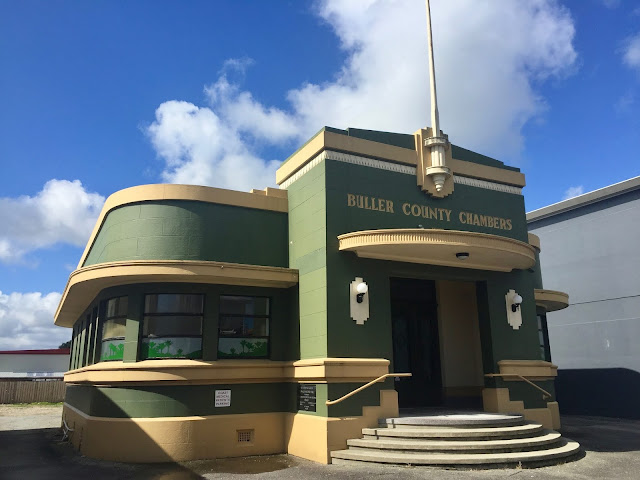 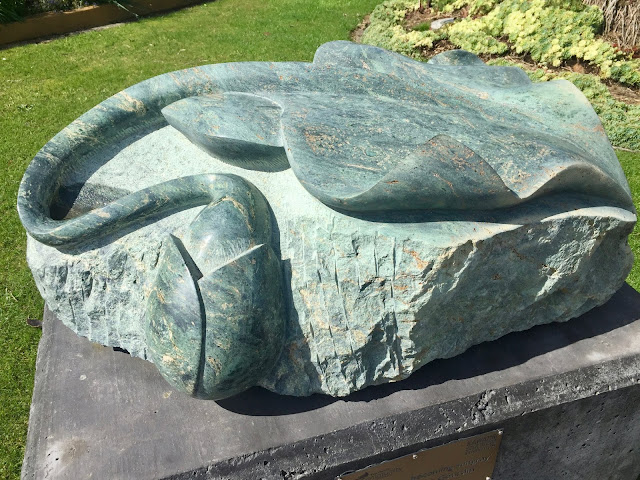 1080 is poison used to kill possums and other non-native rodents
We see "ban 1080" signs all over the South Island. A hunter of red deer in Glenorchy bent my ear for half and hour describing what it was like to watch a red deer die a painful and slow death after eating 1080. It's absolutely lethal to dogs.

Trying to pry the facts out of the internets is challenging. For example: A cruel and indiscriminate poison, 1080 is used to kill unwanted animals which include possums, feral cats, rabbits, rats and stoats. Its use in New Zealand has been a contentious issue since it was first employed as a pesticide in 1954. Research has shown that the use of this poison is extremely cruel, and dangerous to non-target animals. 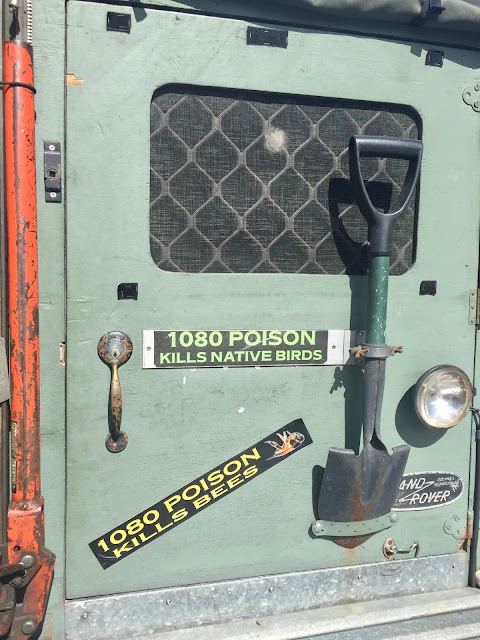 That site also attributes this to the US EPA: "Aerial application of 1080 poison is banned in the U.S. due to the extreme hazard to human health and to the environment" (difficult to believe, especially now that we're rolling back clean water standards).

Here's an article that attempts balance, but the lede is chilling:
Is 1080 saving the environment or destroying it? The controversial poison is back in the spotlight after deer died following an air drop operation of 1080 targeting possums. Up to 345 red deer are feared to have been killed after the drop at Molesworth Station in the South Island last October. 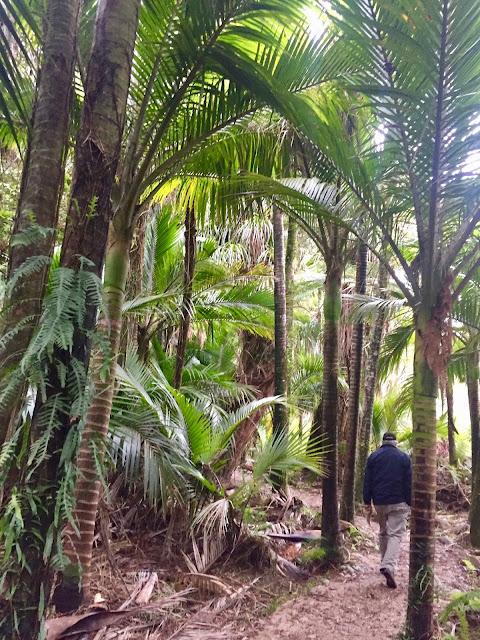 We spooned up a flavorful seafood chowder tonight at a small cafe just five blocks from our campground. 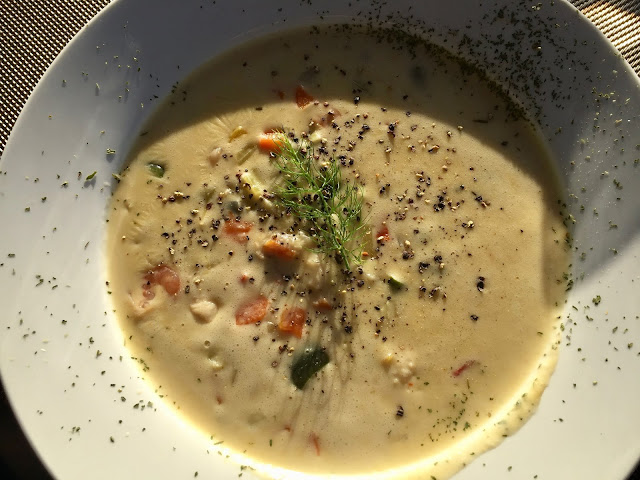 The glass enclosure enabled us to sit outside in the blazing late-afternoon sun without feeling the effects of the stiff breeze off the water. 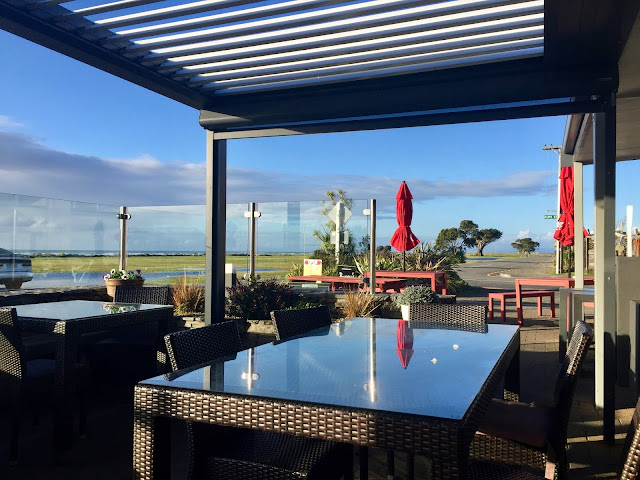