The variable oystercatcher is a familiar stocky coastal bird with a long, bright orange bill, found around much of New Zealand. They are often seen in pairs probing busily for shellfish along beaches or in estuaries. Previously shot for food, variable oystercatchers probably reached low numbers before being protected in 1922, since when numbers have increased rapidly. They are long-lived, with some birds reaching 30+ years of age.

I made this picture in Kaiteriteri. Listen to its call here. 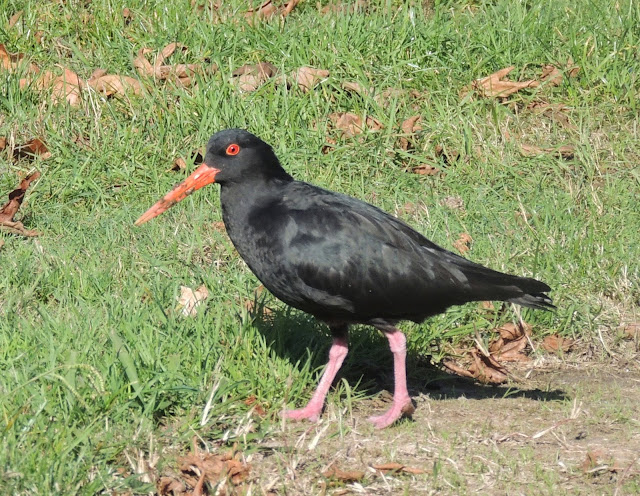