Getting There From Here: Ten-Mile Walk in Tiny Karamea

All I wanted to do was walk to the Tasman Sea, to stand before its sheer power. See it there at the top? Our camp is at about 10 o'clock, the red dot at the end of the white drive. Well, walking to the sandy coast with so much water in the way was no small feat. 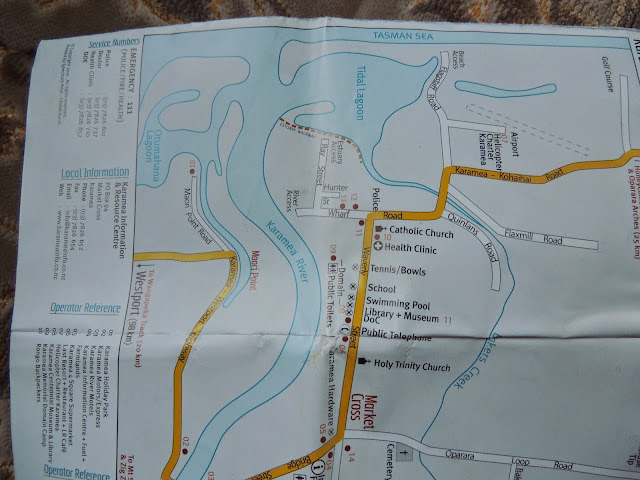 Luckily, we started the day with chard, bacon, and banana. 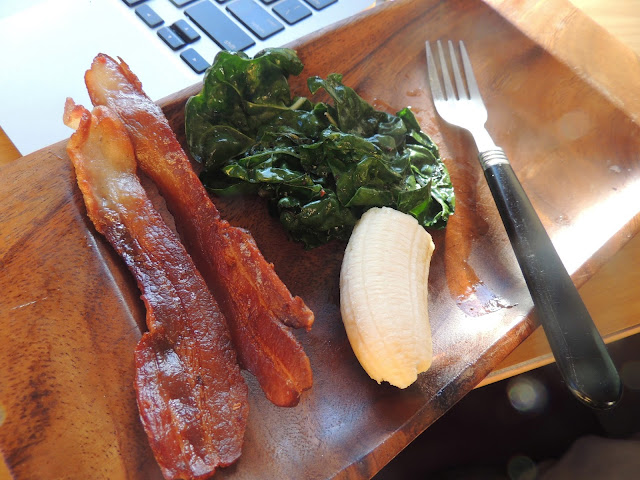 Revisited the lagoon we walked the night before. The tide had done a tidy job of filling it. 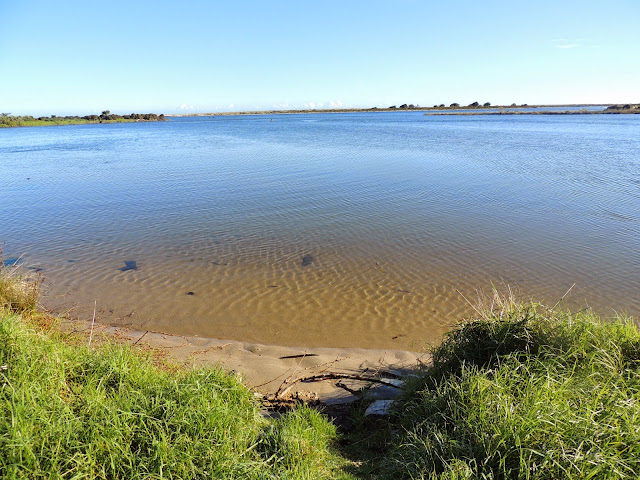 The only way not to drive was to walk the main roads into town, minimal verge for when cars whizzed past. 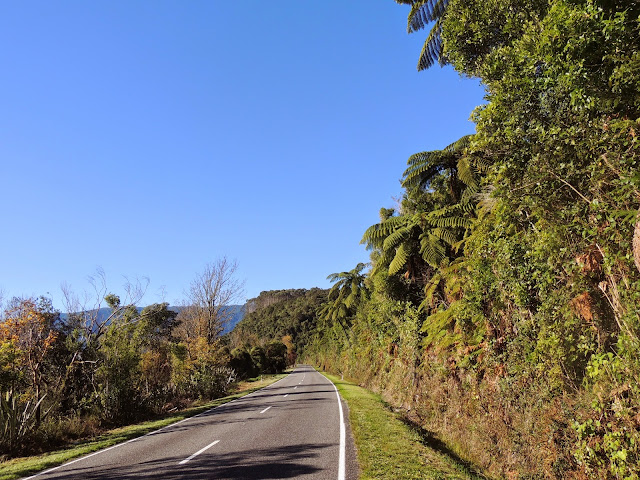 But some easy patches too. 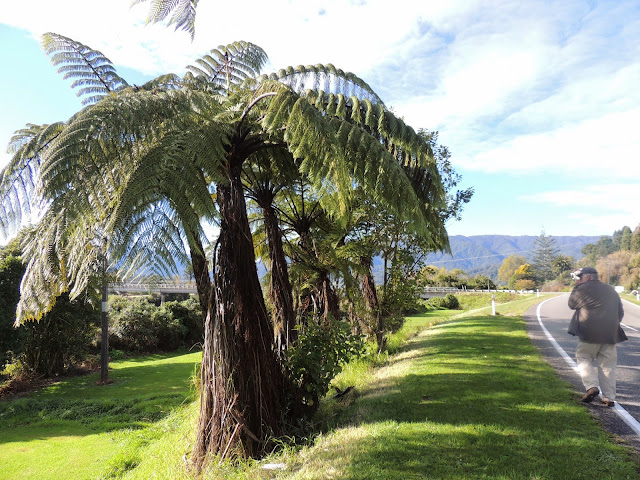 We walked and walked, approaching this miniscule hamlet of 750 via cottages and small gardens. 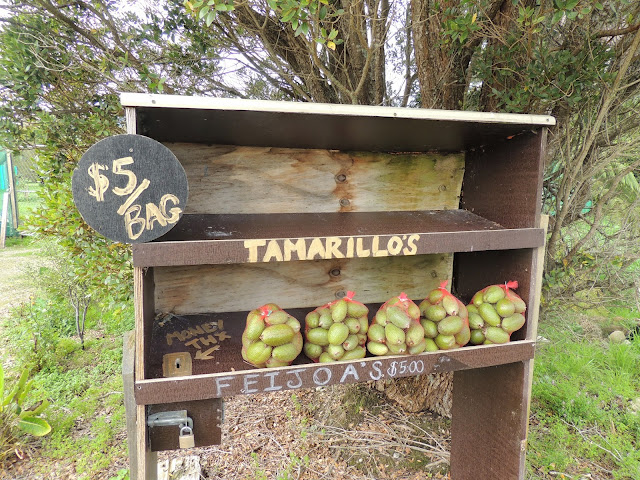 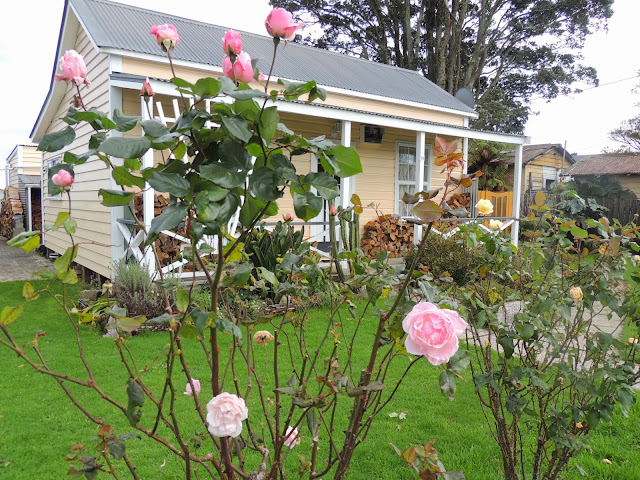 The Maori were the first people to walk the Karamea coast. In 1846 they led European explorers Charles Heaphy (for whom the Heaphy Track is named) and Thomas Brunner along the rugged coastline. European gold miners arrived in the 1860s.

According to history, the first true Karamea settlement occurred in 1974, the "fine harbour and sea offering the only means of contact with the outside world." Farming would become a major industry, along with timber, flax and gold. However the Murchison earthquake of 1929 causing the harbor to fill in with silt, cutting the community's link for two years. 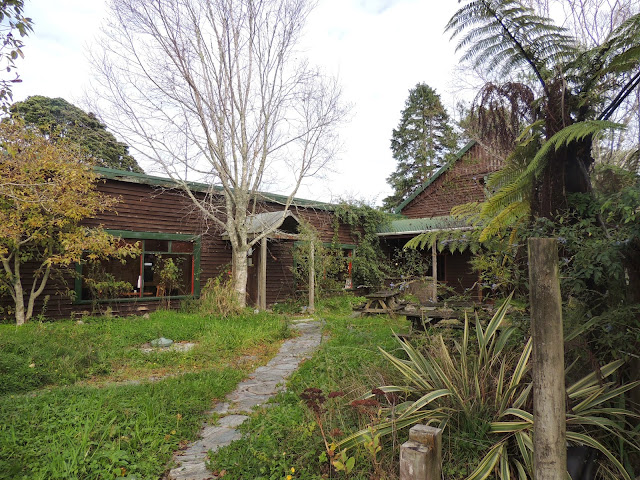 It was closed, but Art ran into the owner, who showed us around. 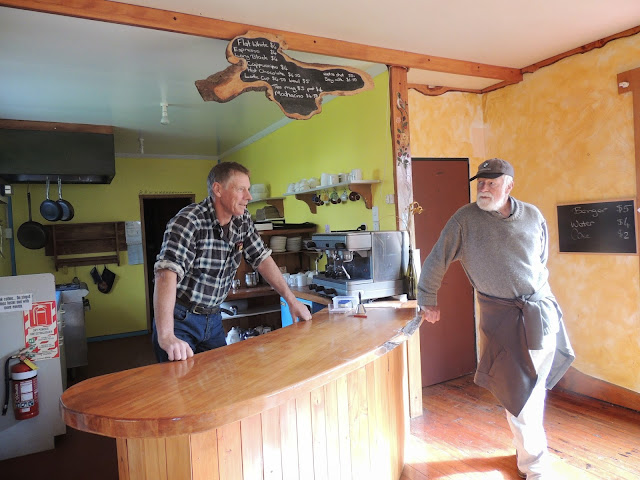 You could feel the many good times that happened here. 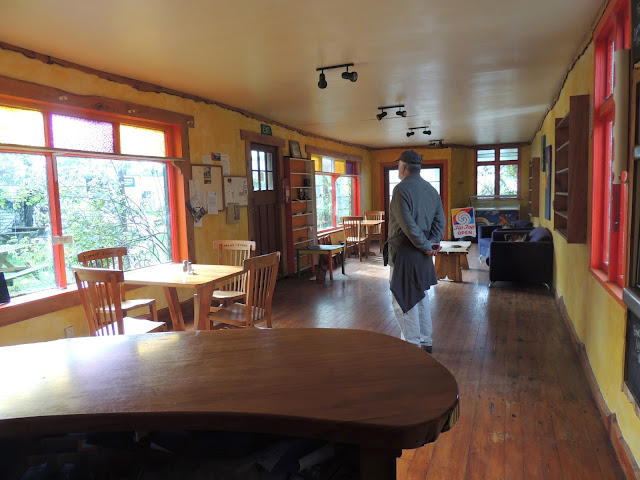 He and his wife, who'd had some medical challenges, were selling the place, living now in Christchurch, she on the mend, and just back for a visit. 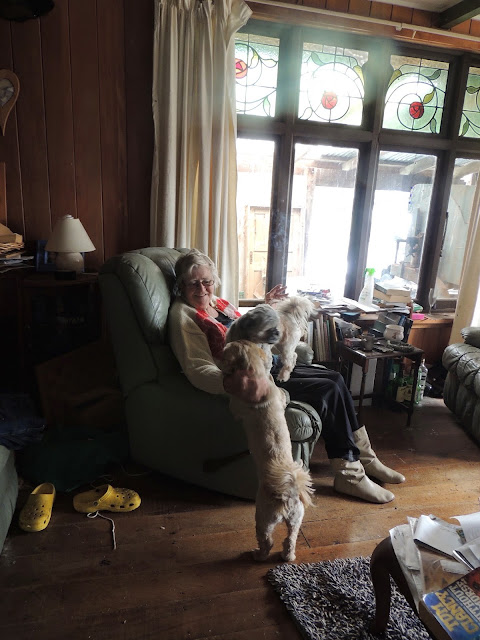 On the town kiosk: winter activities
I'd open my schedule for flax weaving and UFO day.  Felting with Cherrie is a possibility. 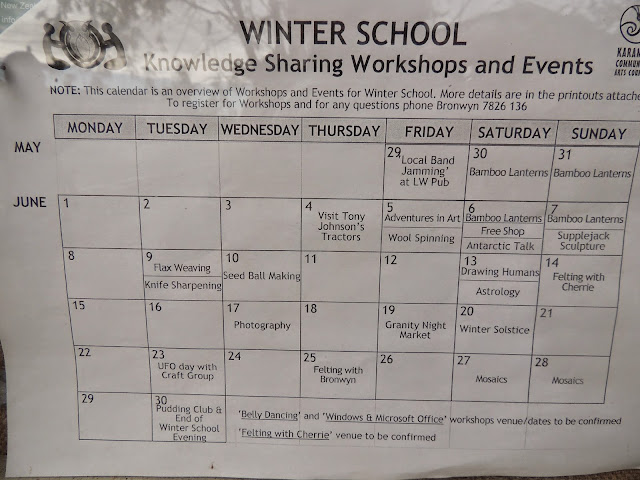 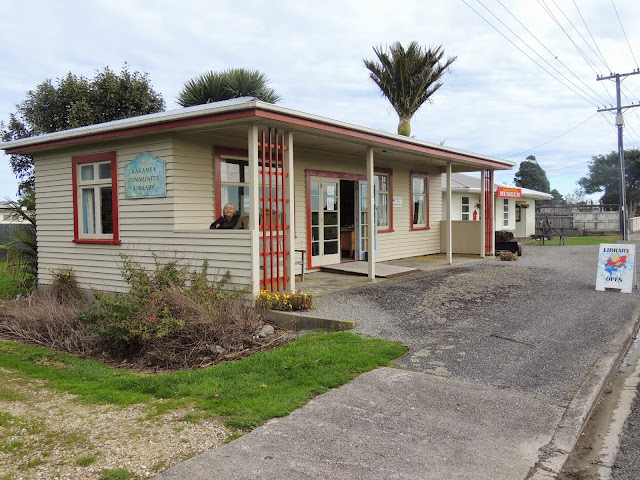 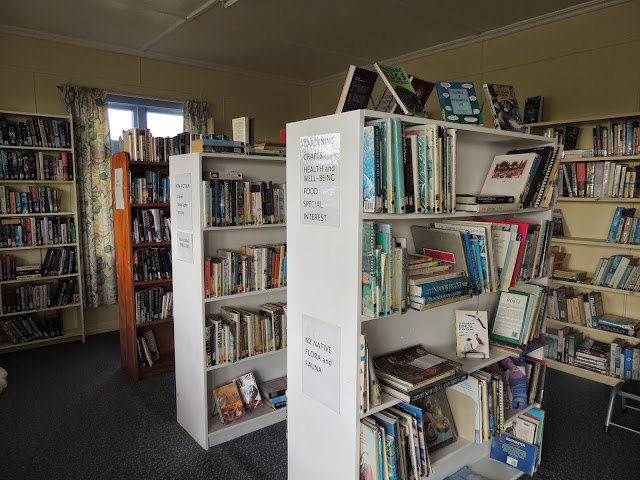 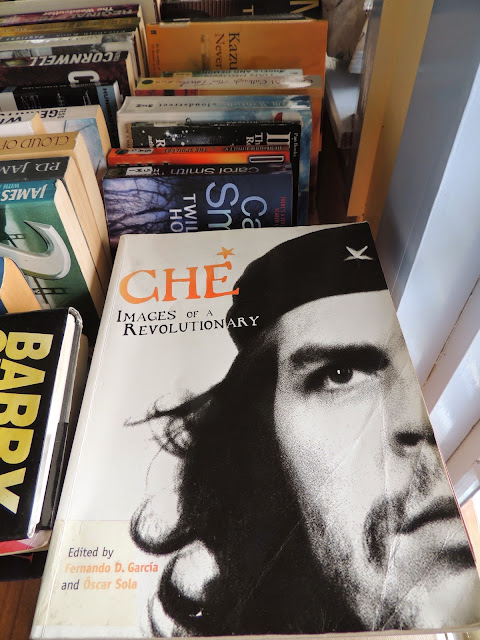 Still not at the beach. We've walked five miles, a circuitous route to the bashing shoreline we can hear when we sleep. Keep walking out of town. More road, more turns. 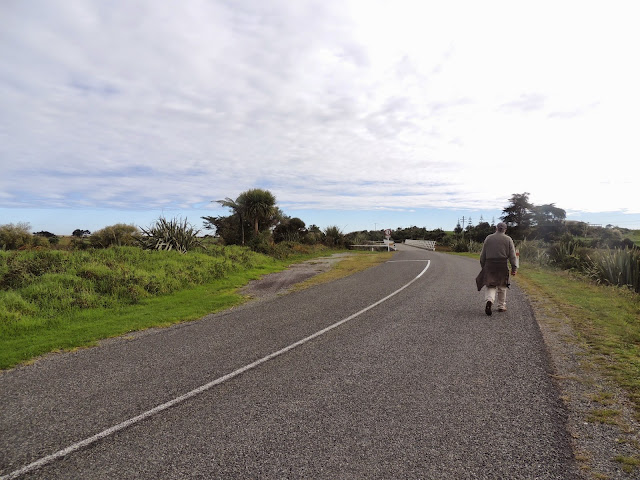 This is not the ocean. It's another water blockade. 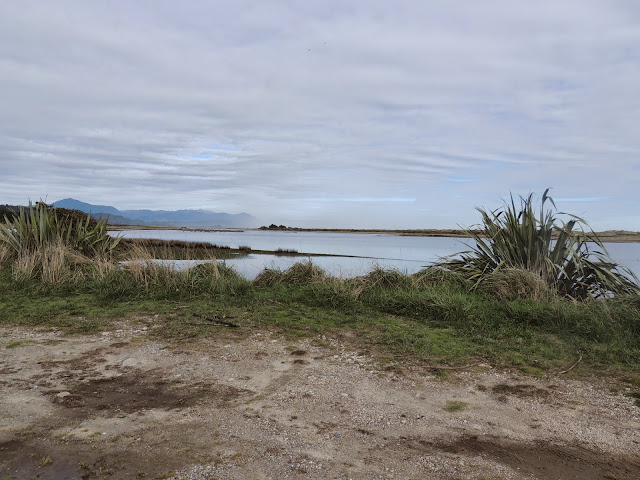 At last
Pretty much by the time we got here we didn't feel like walking the beach. But it's magnificent and we'll see it again tomorrow when we head north to the Oparara cave system (driving this time). 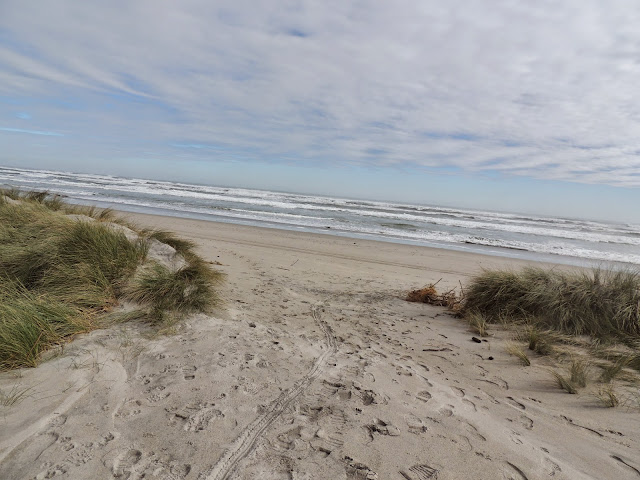 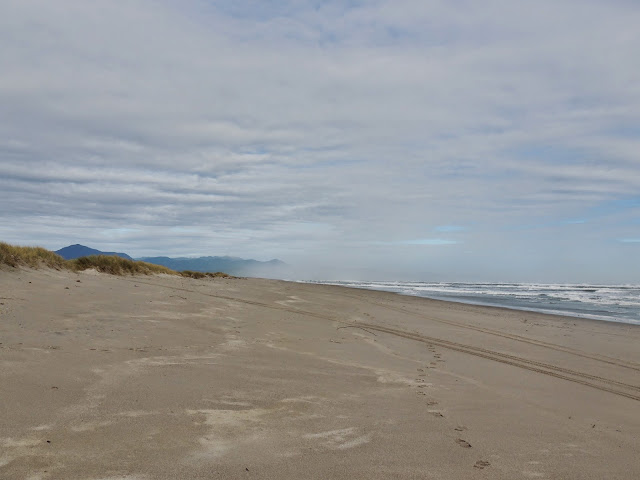 Carved out of a tree stump that continues to sprout foliage. 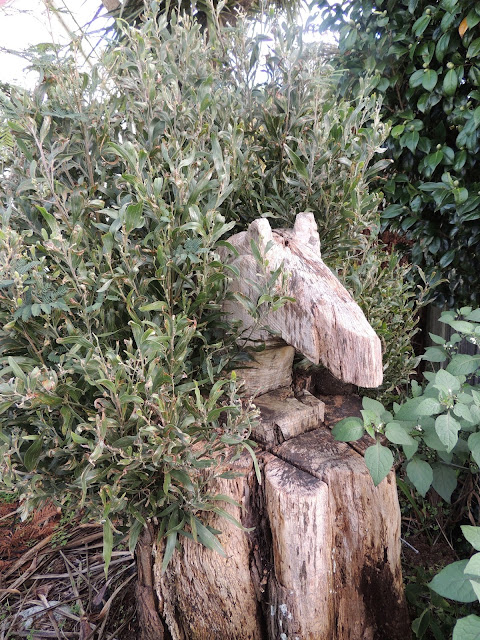 On the return, we stopped at The Last Resort Cafe, craving calories. 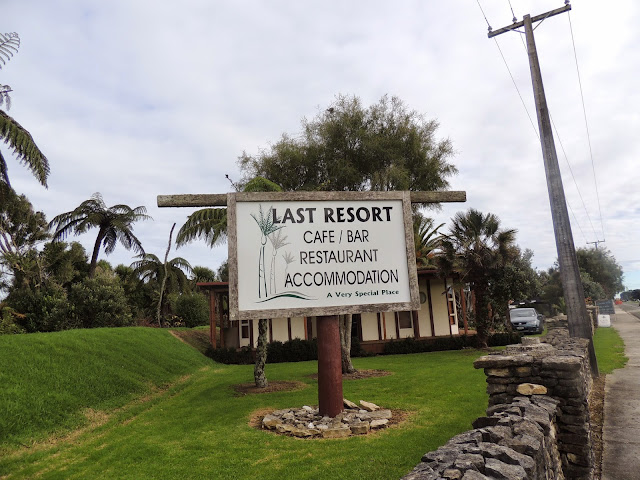 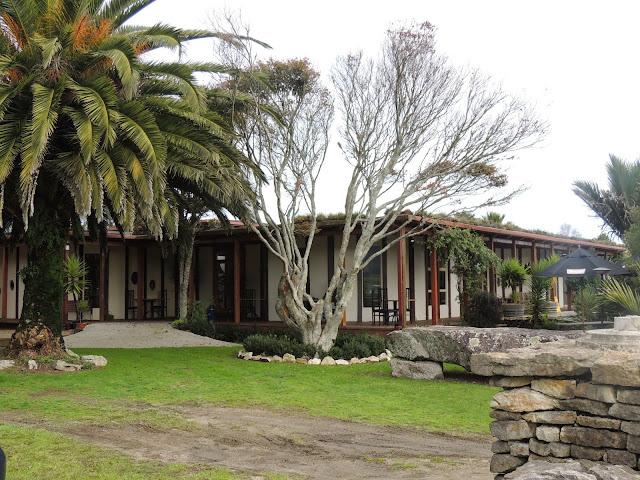 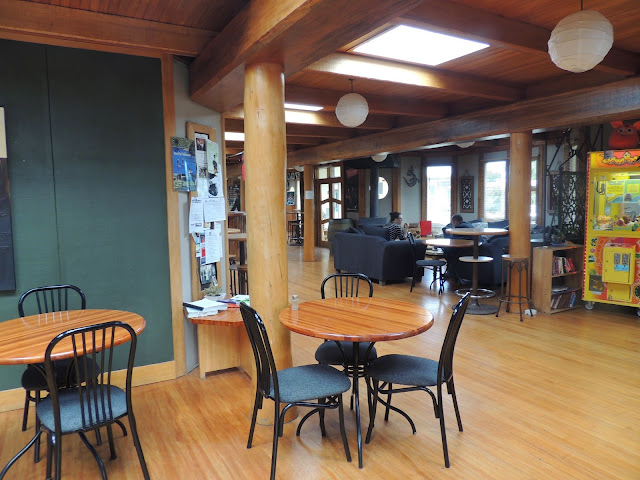 And hey, we found some. 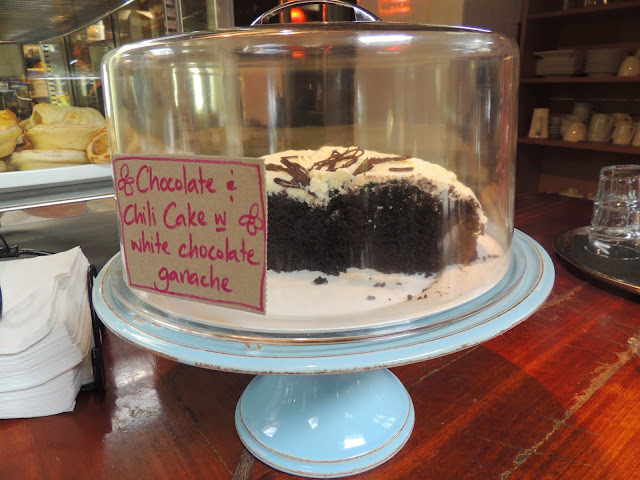 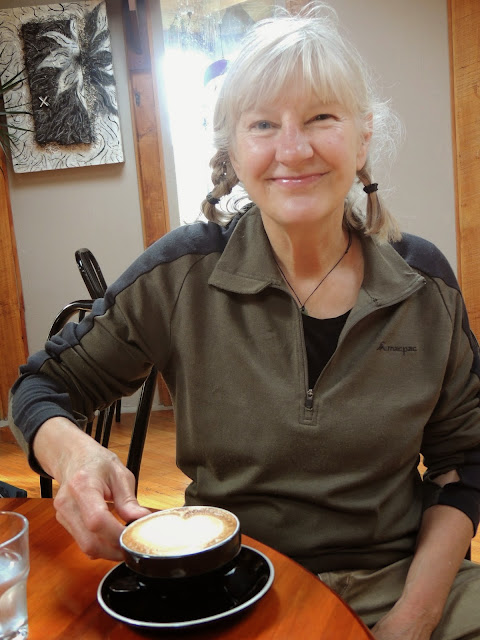 A juicy burger with a BEET SLICE (nice touch). 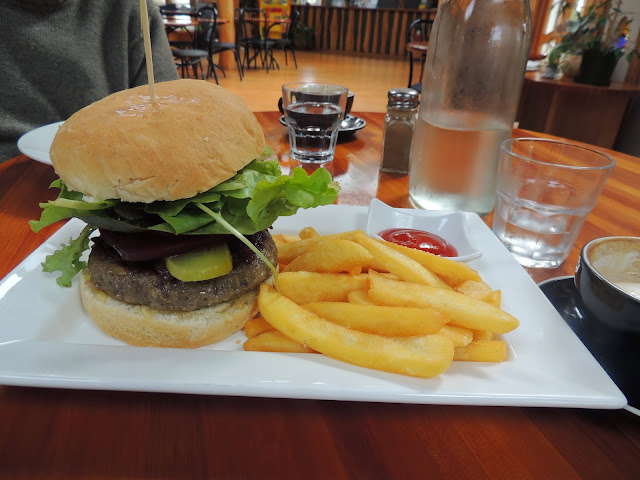 I always read ingredients lists, and am I ever glad I read this one. 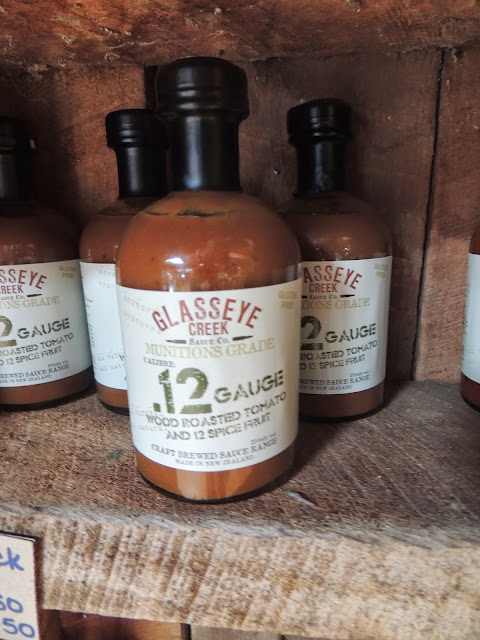 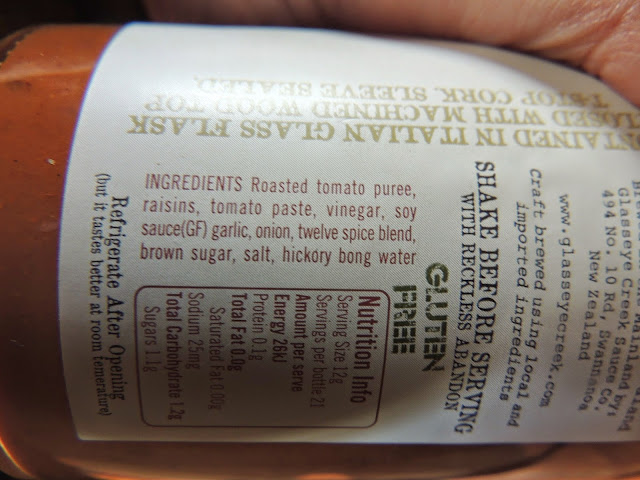 Whew! On the way back we ran into the man who's selling his cafe, out in the car looking for his wife's beloved dogs. "They like to run," said he.

Home at last and time for walkers to rest weary feet and catch the day's last sun. 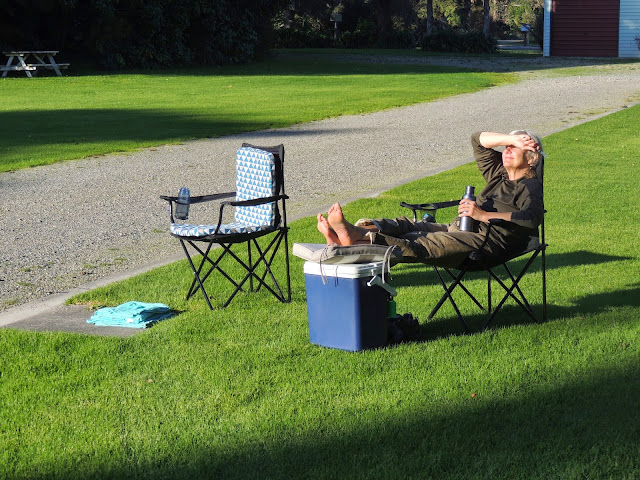