Our exploration of the Oparara included a wee bit of easy caving, though sadly not the Honeycomb Hill Caves, which requires a guide.

Honeycomb Hill Cave is famous for its size, huge passages and enormous chambers. Several times a day light from outside shines in. With the cave having 70 openings, these lights give a unique atmosphere and explains its name. The cave is a multilevel maze with an active level. When the Buller Caving Group explored the cave in the 1980s, it became clear that this cave had the most varied collection of subfossil bird bones ever found in New Zealand. This led to international scientific interest and the involvement of the National Museum. It was always open to animals, so numerous remains can be found. The subfossil bones are mainly of birds, very common are the bones of now extinct Moas. Nine different moa species could be identified. All together more than 50 species, many of them extinct, have been recorded. 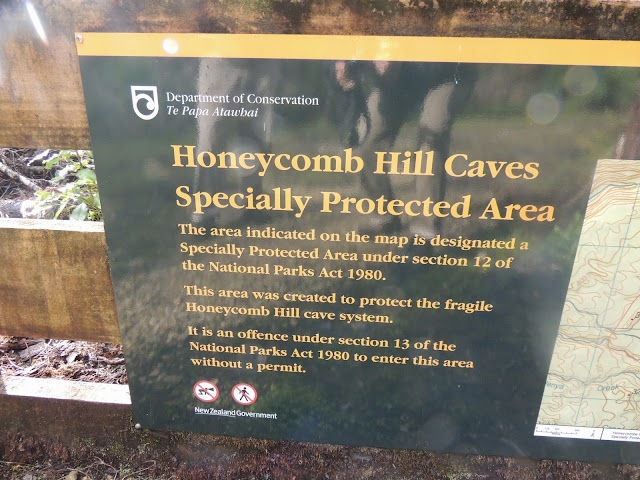 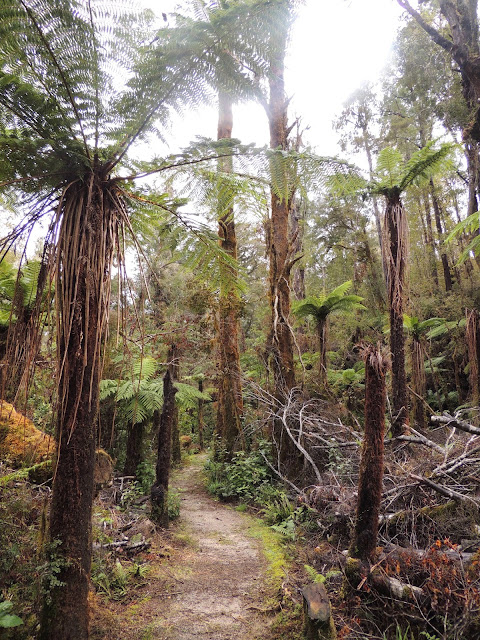 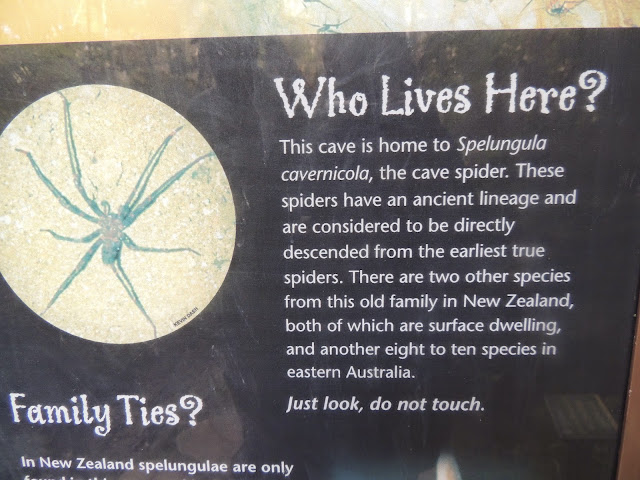 Hey, I got a picture of one, which narrowly escaped death by head-smash. 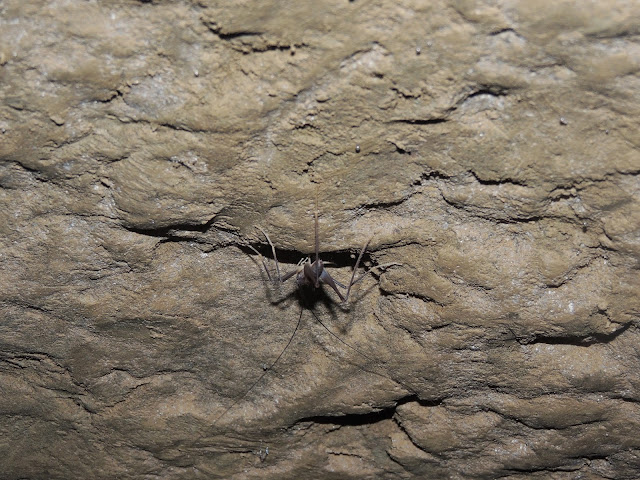 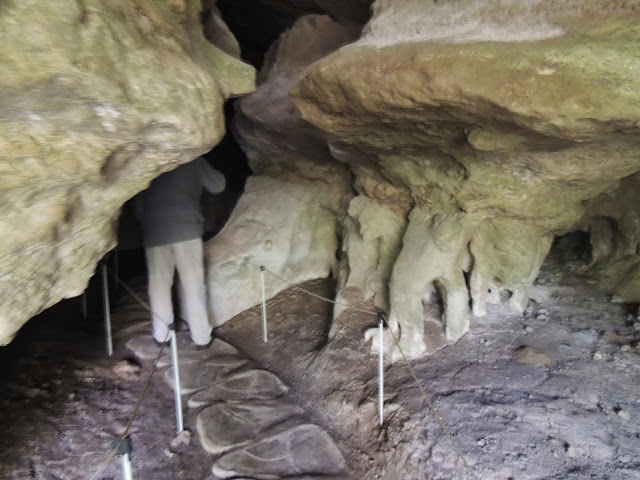 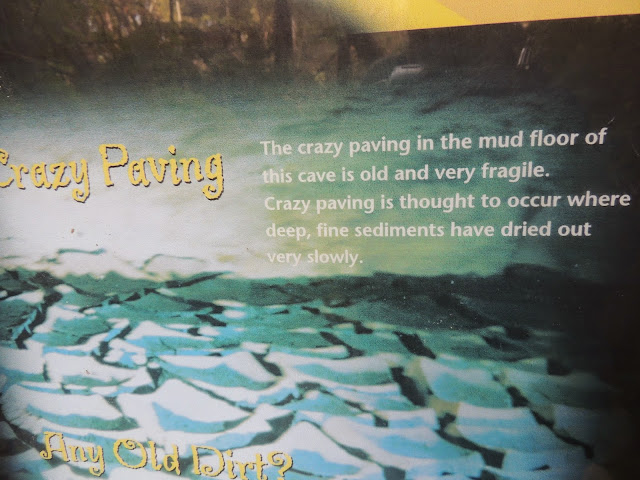 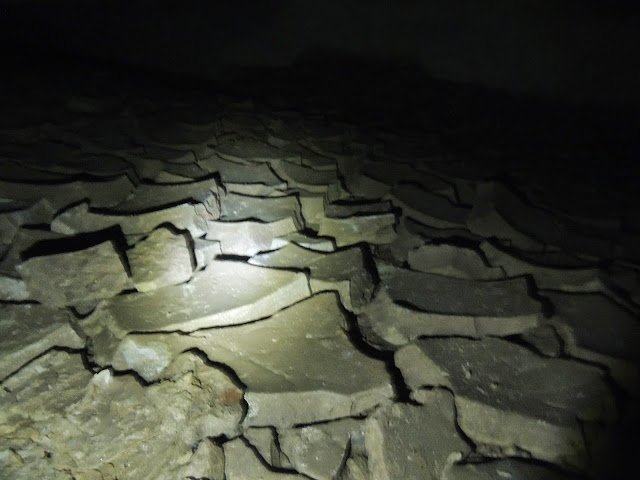 Next up: Box Canyon Cave. Into the cave, this one enormous. 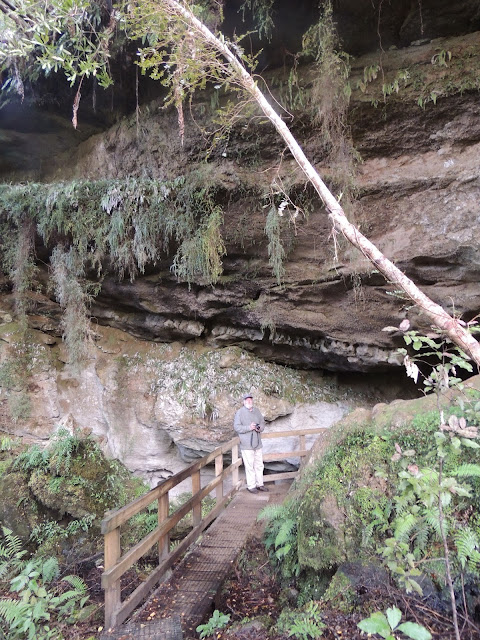 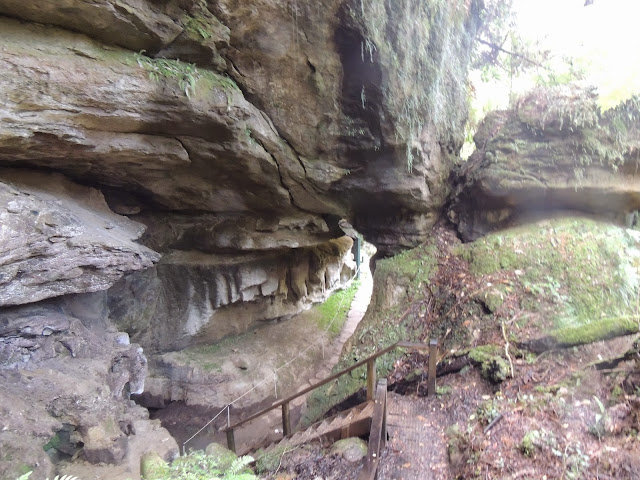 Troglobites are creatures that live all their lives in caves and have no skin color or eyesight (it just occurred to me I may have reported to one of these). 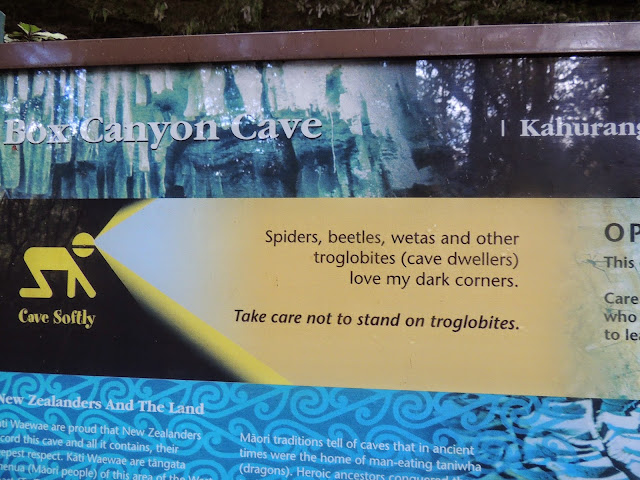 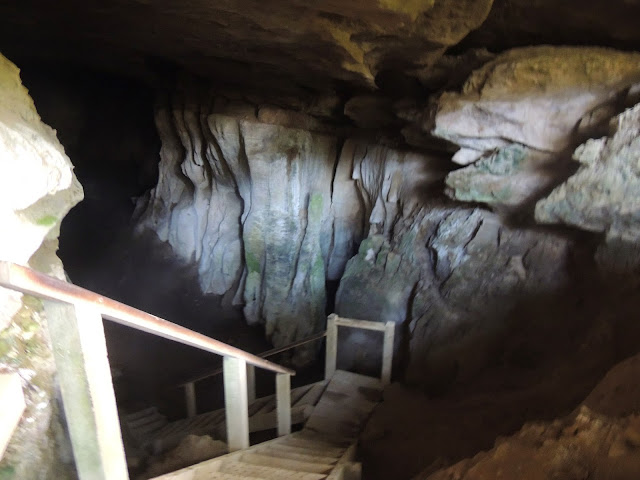 BYO light. Happily, Art thought to have a flashlight on board. 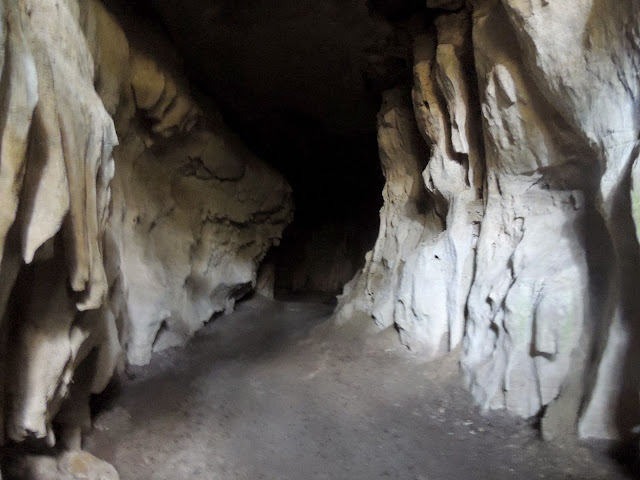 Yikes, it's huge. And around the bend, my huckleberry friend, very very dark. We explored some passageways. 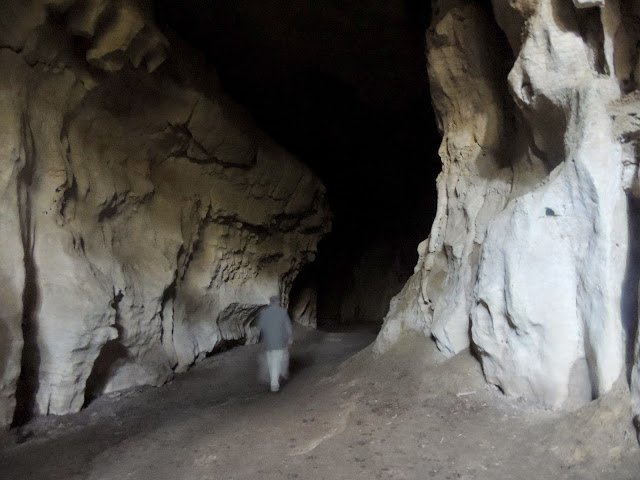 Turning around to feel our way back to the entrance, a tiny relief at the light. 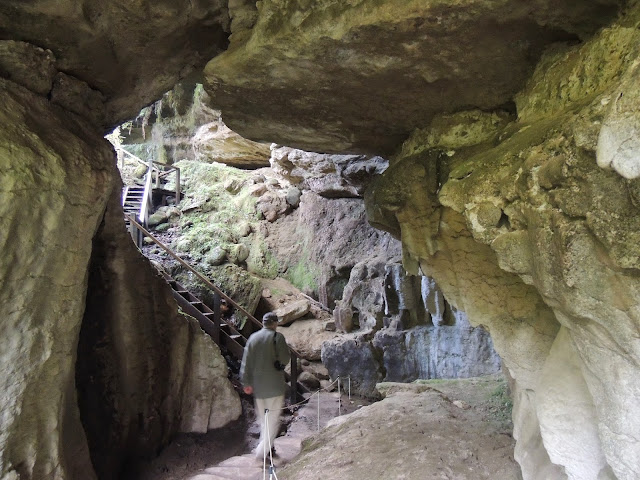 After a return drive on the one-lane gravel road (on which we did meet a car, with luck on a wider stretch) we headed for the Department of Conservation campsite Kohaihai, at the mouth of the Kohaihai River. This is the last place to stop driving north on the west coast of the South Island, and also one of the entrances to the Heaphy Track (a NZ great walk), which traverses the Kahurangi National Park. 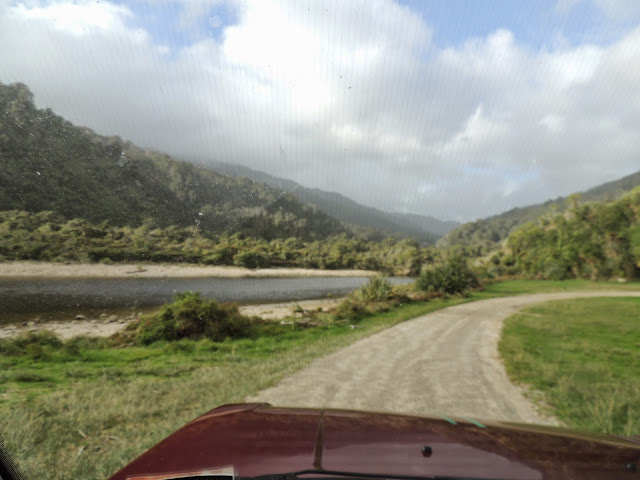 A glorious location, this campsite, perched where the river meets the Tasman Sea. 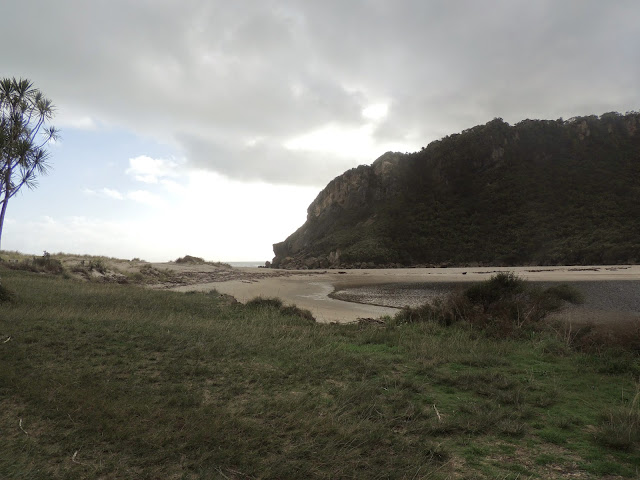 Wild all around, freeform parking for campers and off any grid. 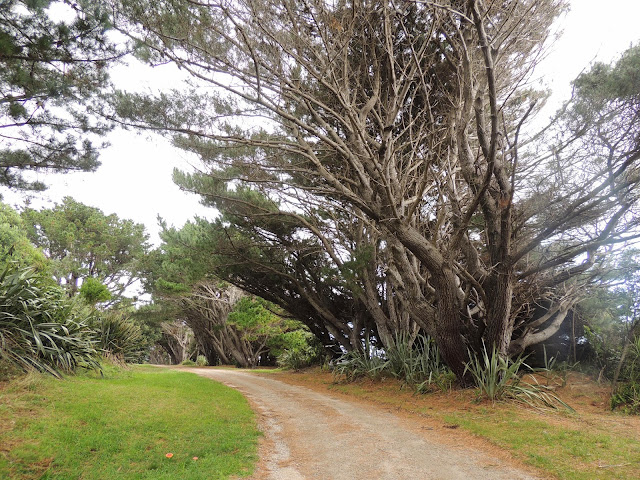 There's good gravel road access for a couple kilometers, but our rental caravan isn't rated for gravel, so we'll have to bypass returning with the camper. More of that wild beach farther south on this west coast, though... 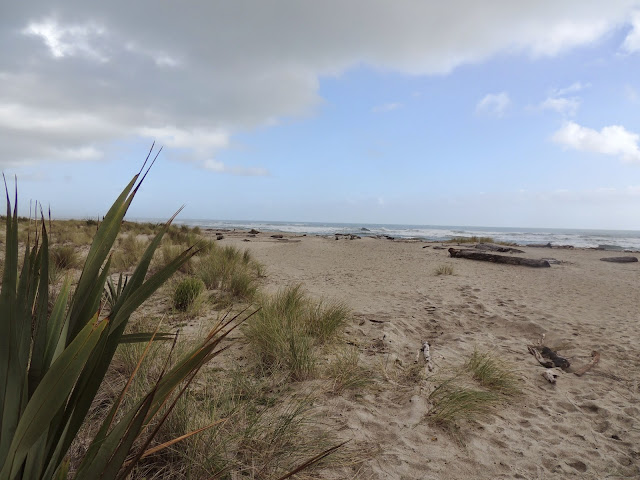