I Am Helping In Apple Shed: Top of the South Island 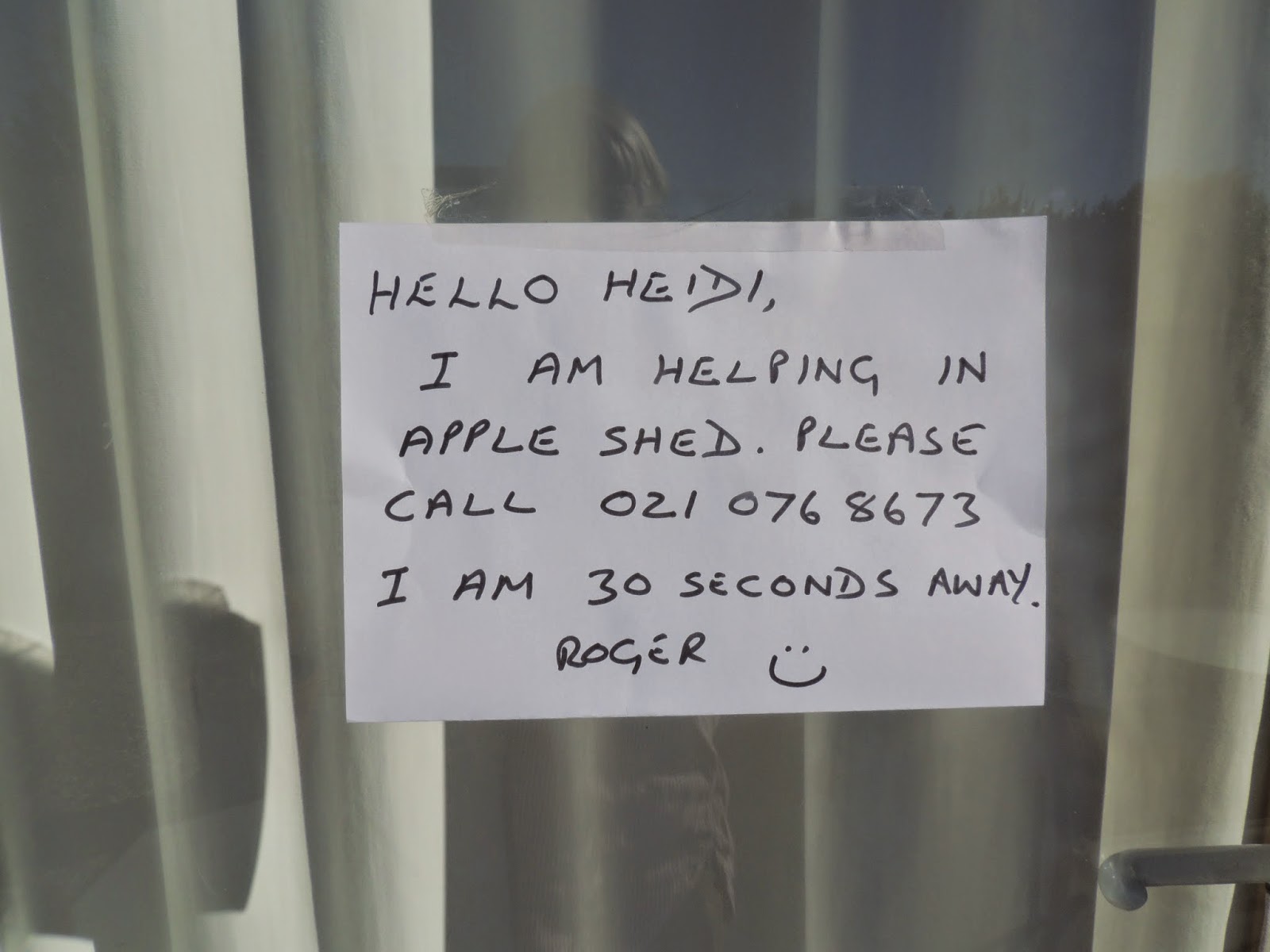 That's a note left by the man renting us a space for a couple nights here in tiny Tasman, near Nelson at the top of the South Island.

I'm reluctantly becoming a proficient TripAdvisor user, reluctant only because some days my eyes are tired of computer research and simply want to rest on the landscape before me. However. There's gold to be found, and never more so than on May 1, start of the winter season here.

Happily, we found TasmanGreen, very near where we've been checking out caravans (it's going to happen!). 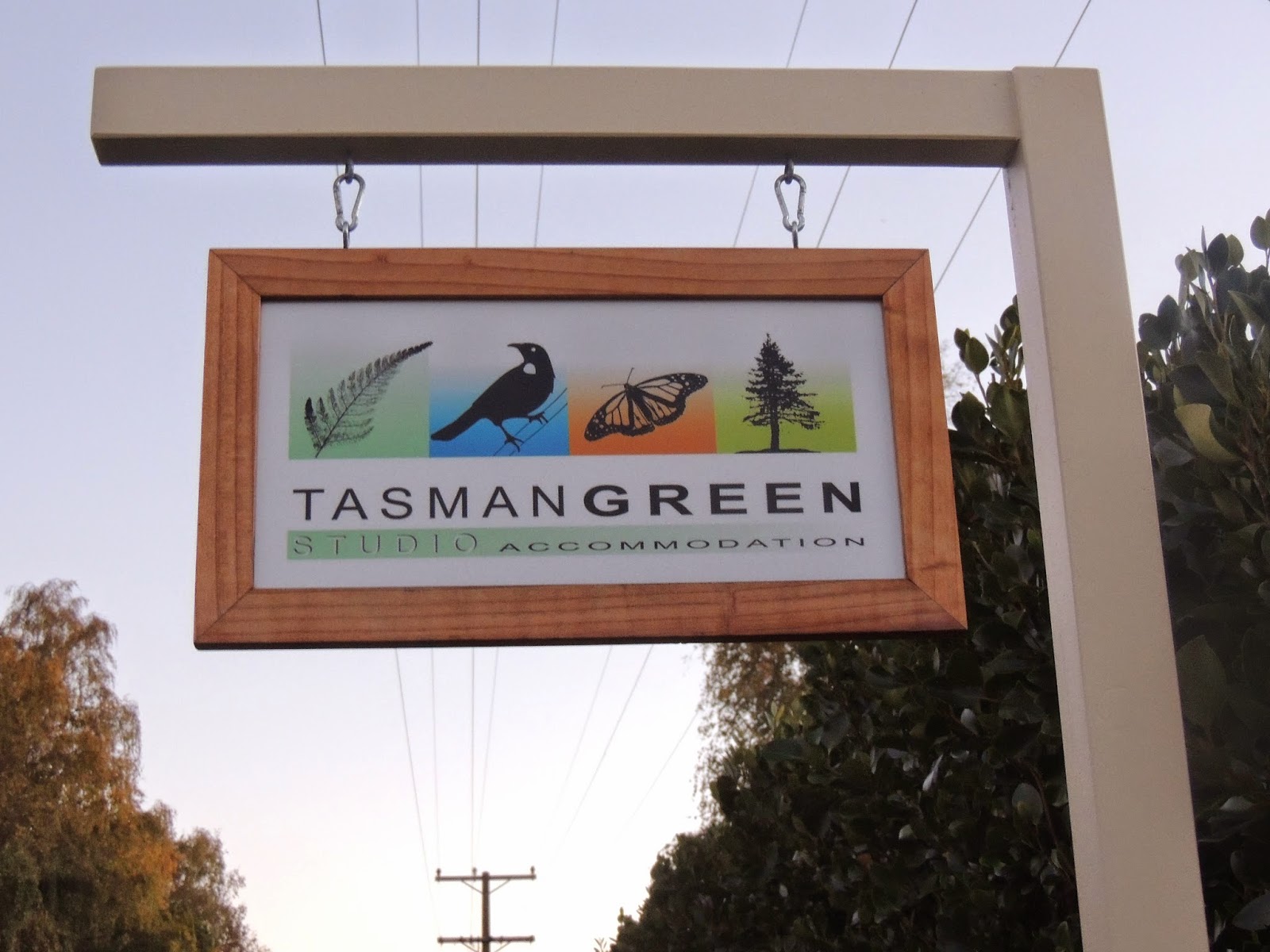 An impeccable and well designed studio (formerly garage) built out by the owners for their daughter, who wasn't ready to leave altogether, but also wasn't happy about staying. 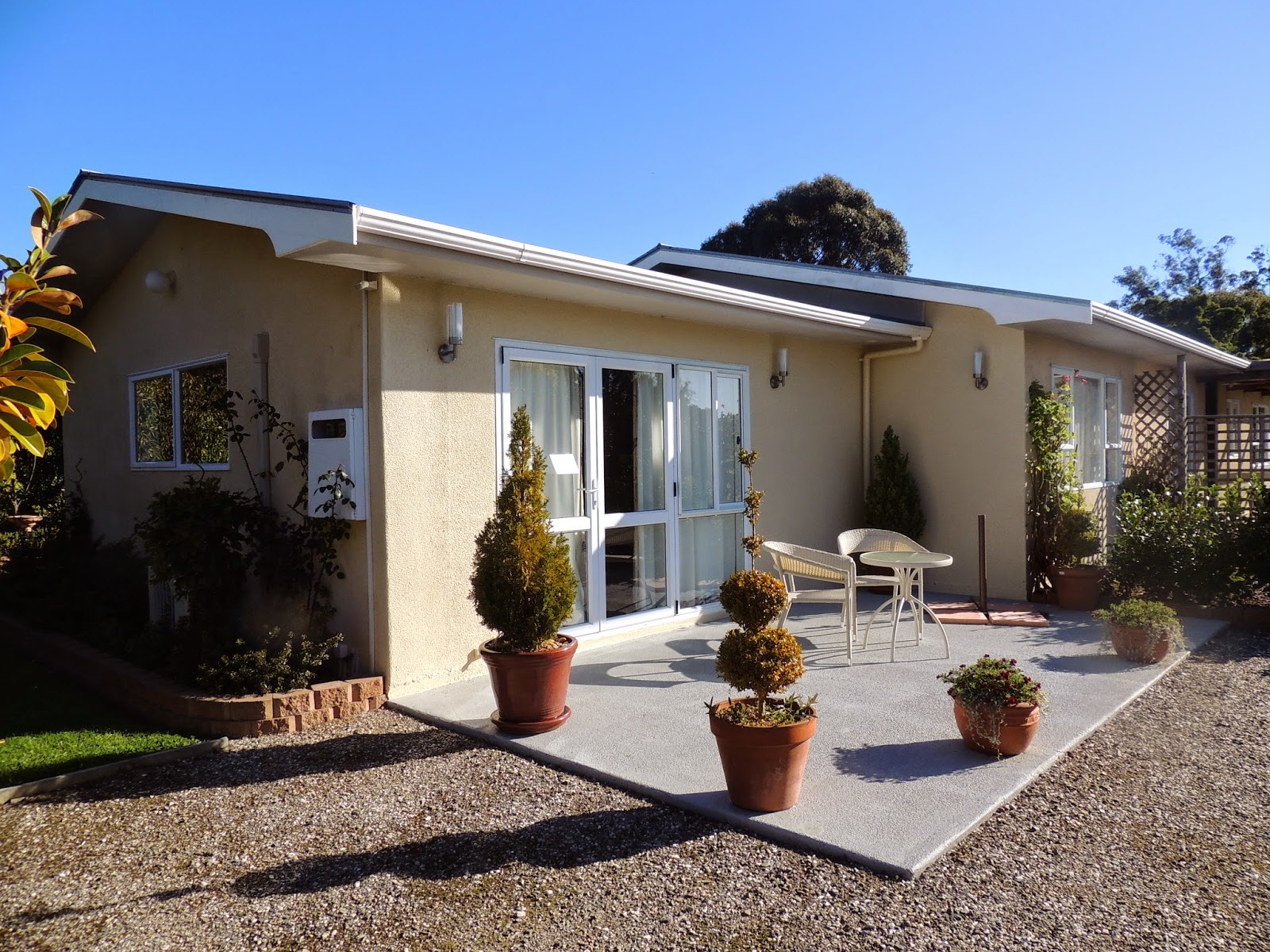 Hi ho! Roger hurried over to see us into our home for the next couple days, apples in hand. The fruit quickly the made its way onto a pate and cheese plate, bursting with tart and sugar. 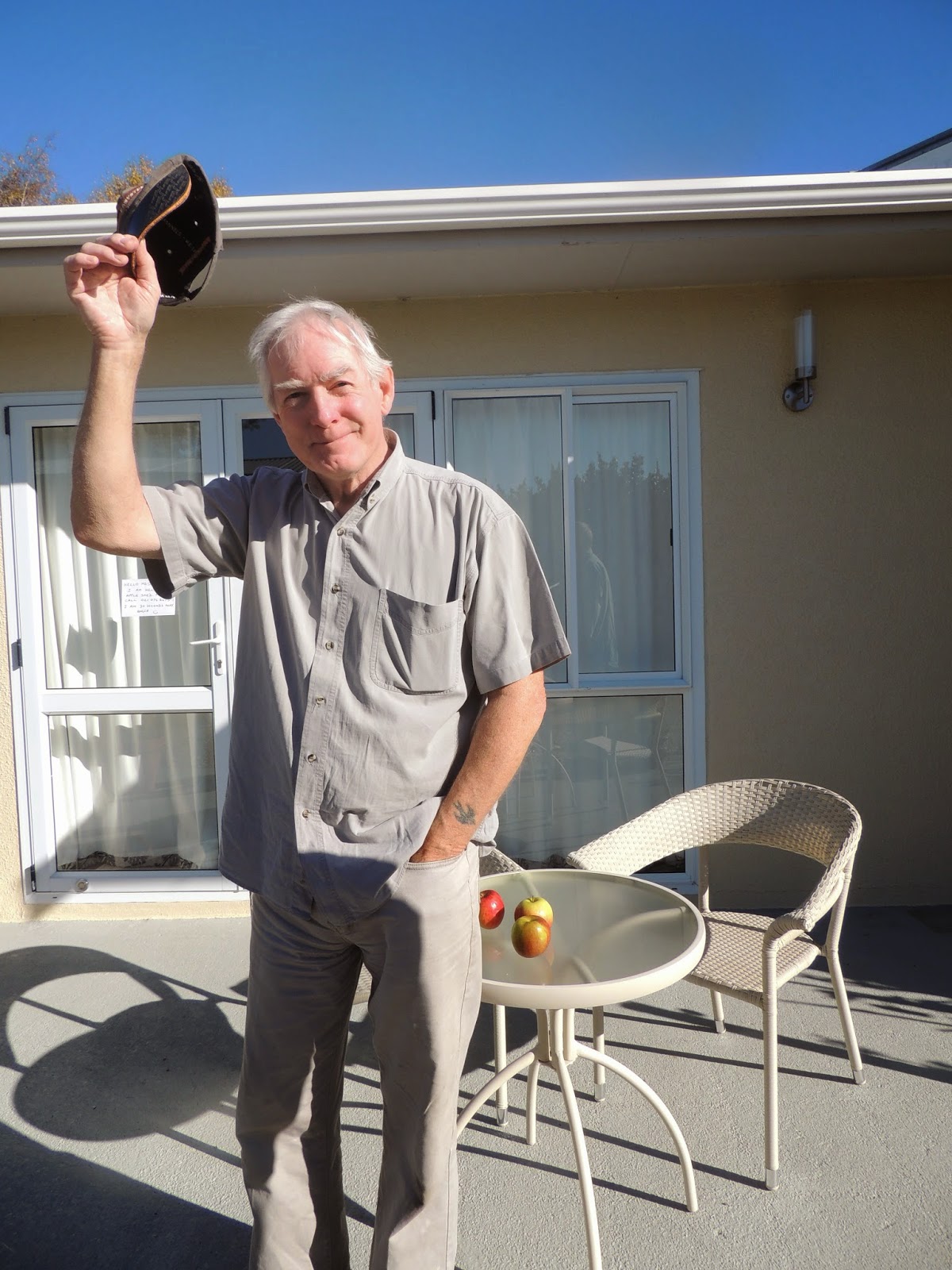 He hastened to add that they'd upgraded the space after their daughter left for university. I'll say. I'm ready to move right in.

The internet has revolutionized choice in accommodation and we're glad of it. From here it's a short walk to The Grind, whose owner Lance has a silver medal for coffee roasting. 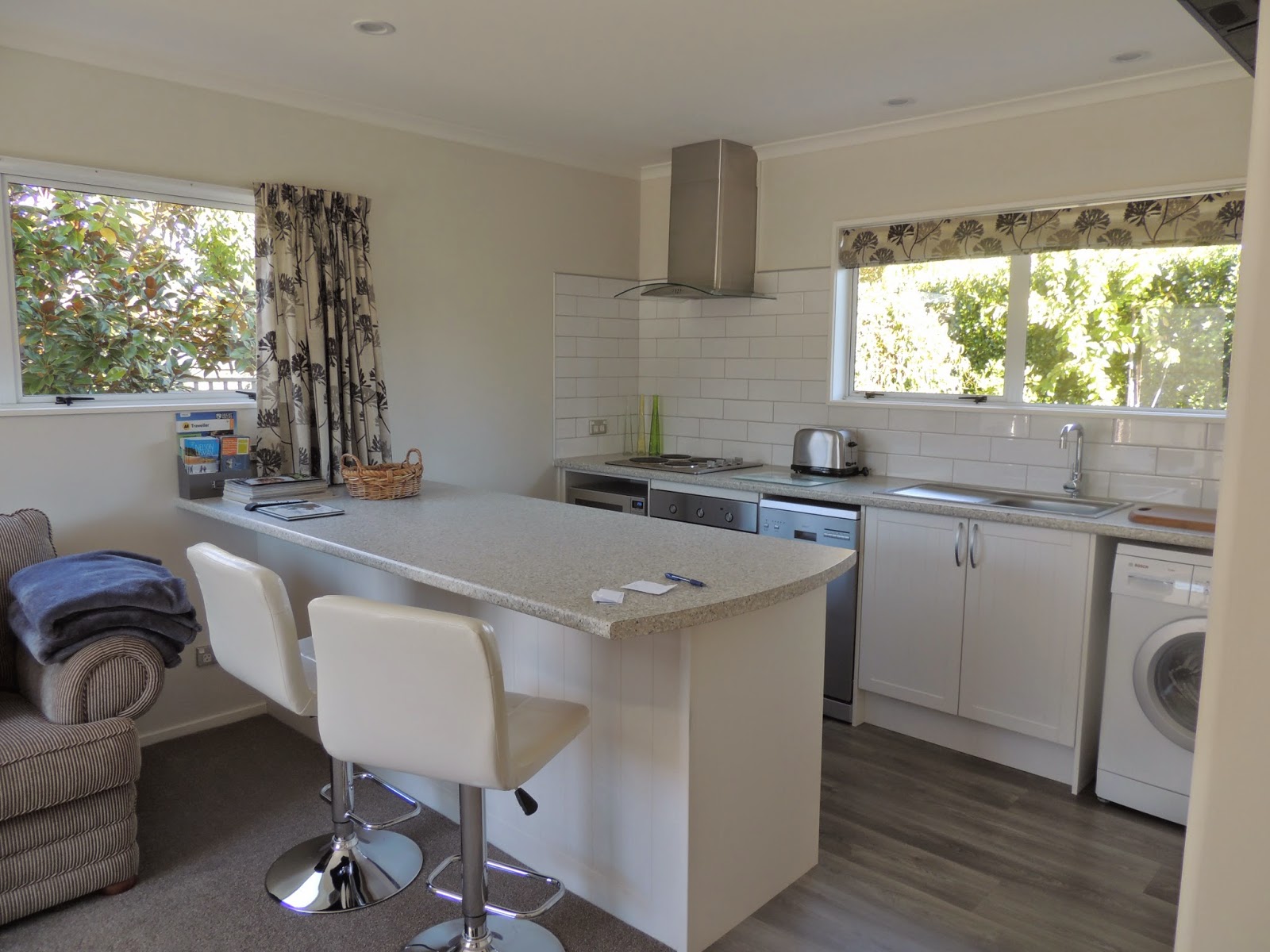 
Then just up the road 1.5 kms is Jester House, winner of The Best Cafe in NZ for 2013/2014 definitely worth a visit (reader beware: Jester House also has something called "tame eels," which honestly creeps me out, but you will likely in a future post hear more about them, because...really?). Over the hill behind us is the oldest pub in NZ, The Moutere Inn.  If you like art there are numerous galleries to visit quite close to us, such as Playing with Fire and just round the corner from us is Jane’s Art.


We walked nearly seven miles yesterday afternoon after arriving, but those fun destinations are before us today. Was just musing on the idea that one can't be in too much of a hurry traveling through these spaces without missing what makes up the very fabric of them. 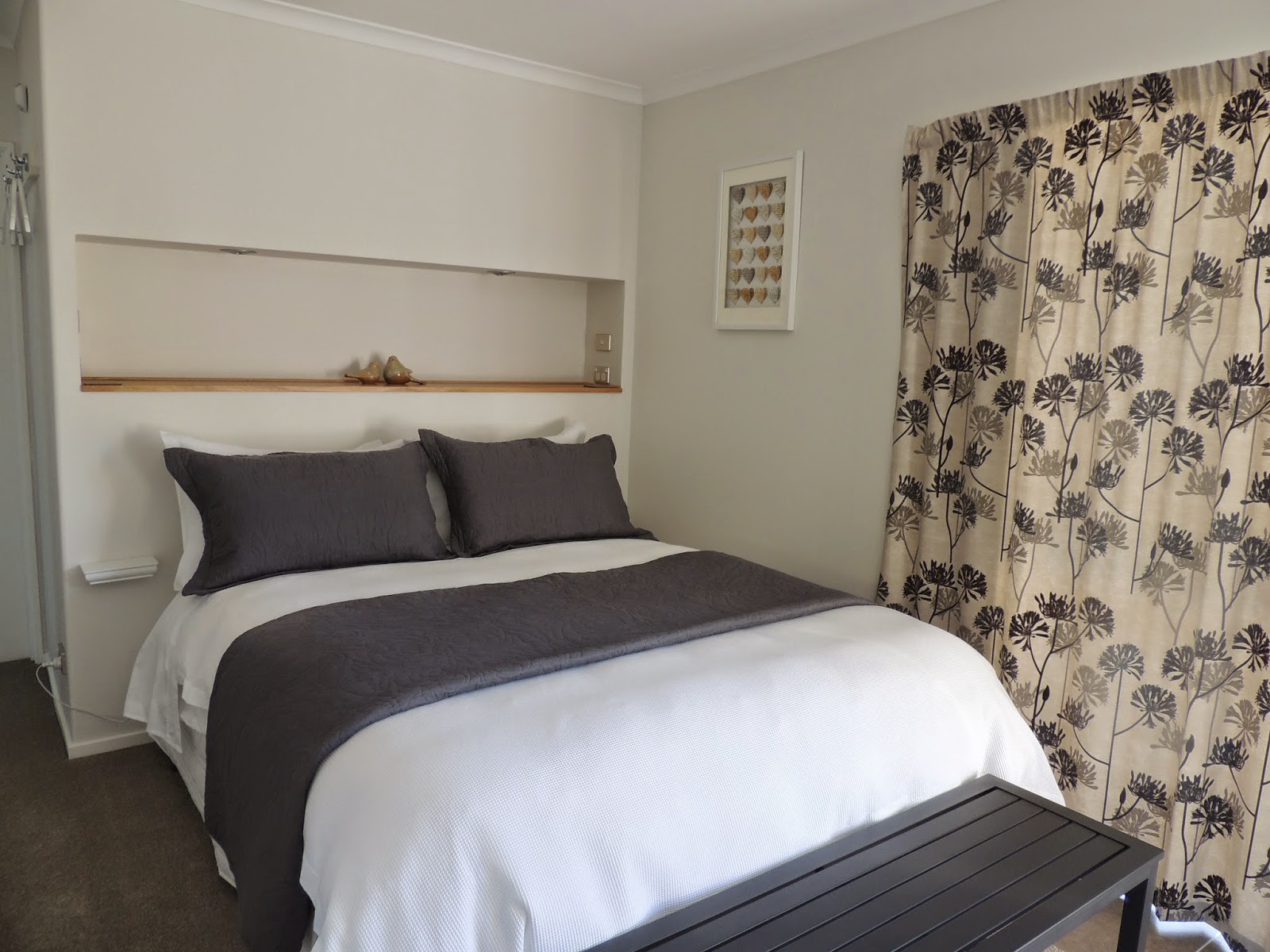 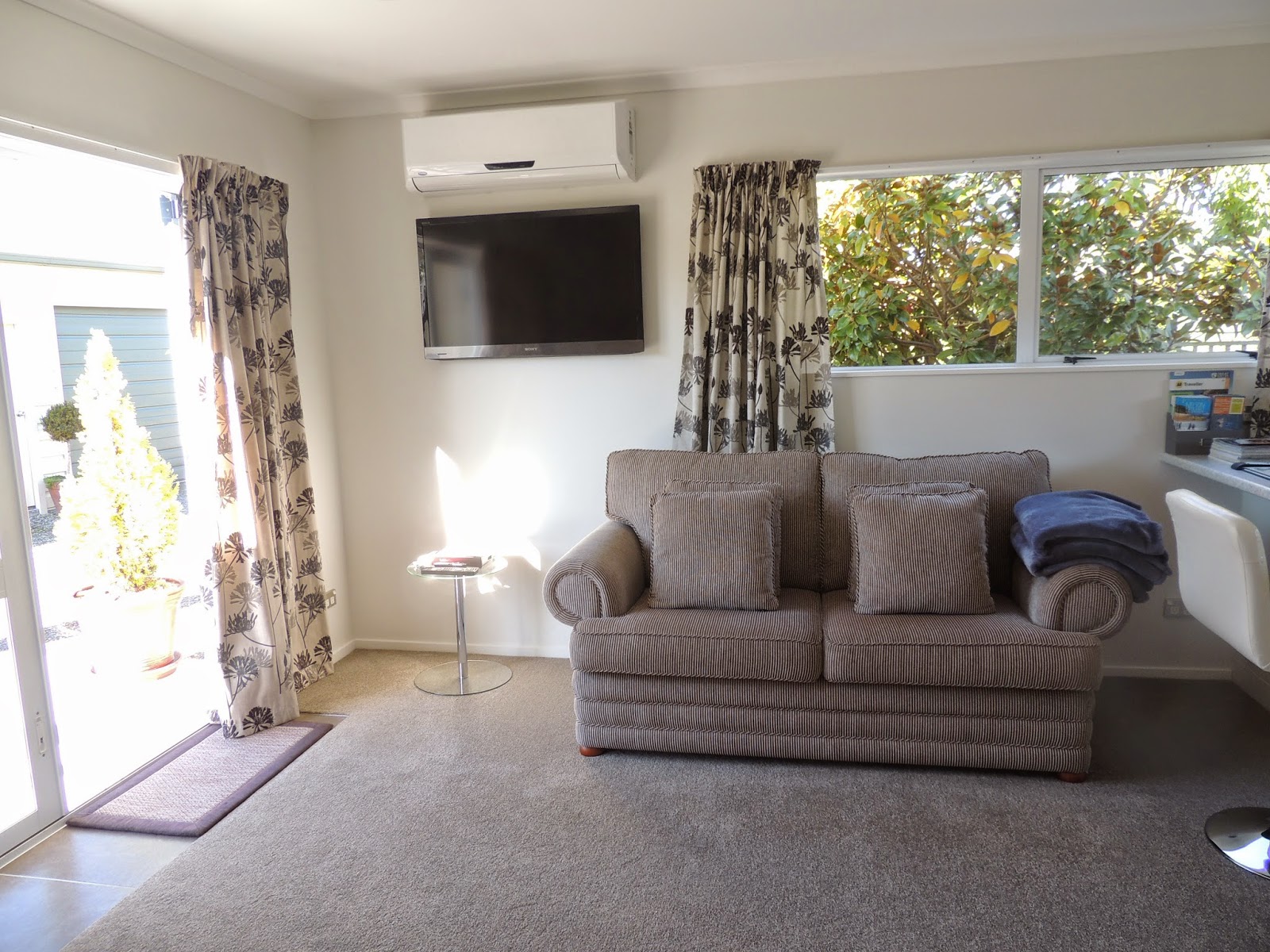 Roger told us that the local apples he was helping with are crated and trucked to nearby Nelson, where they're loaded into containers and onto freighters, which then spend 12 weeks in transit to China, the US, and the UK. Food miles writ large. 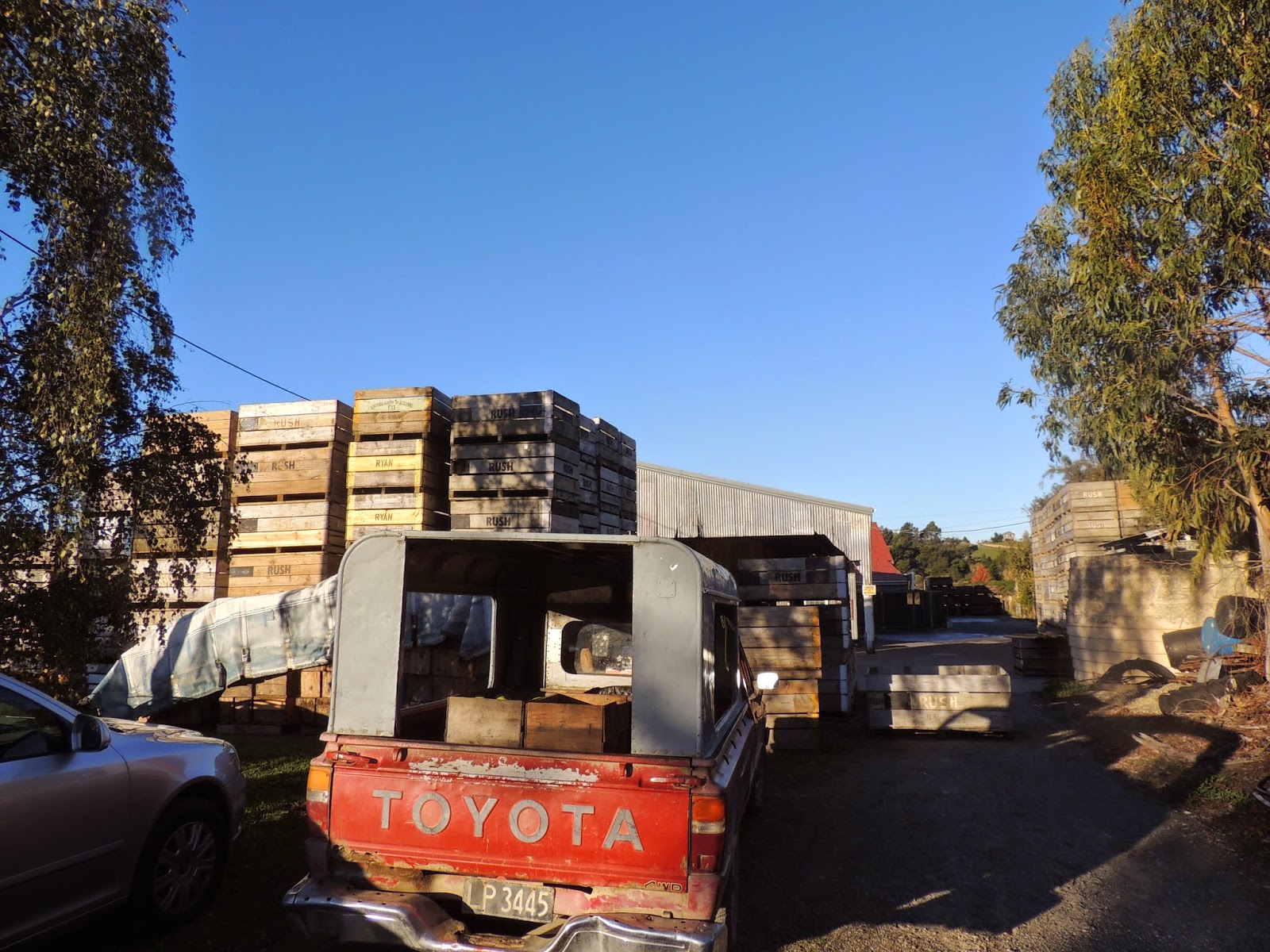 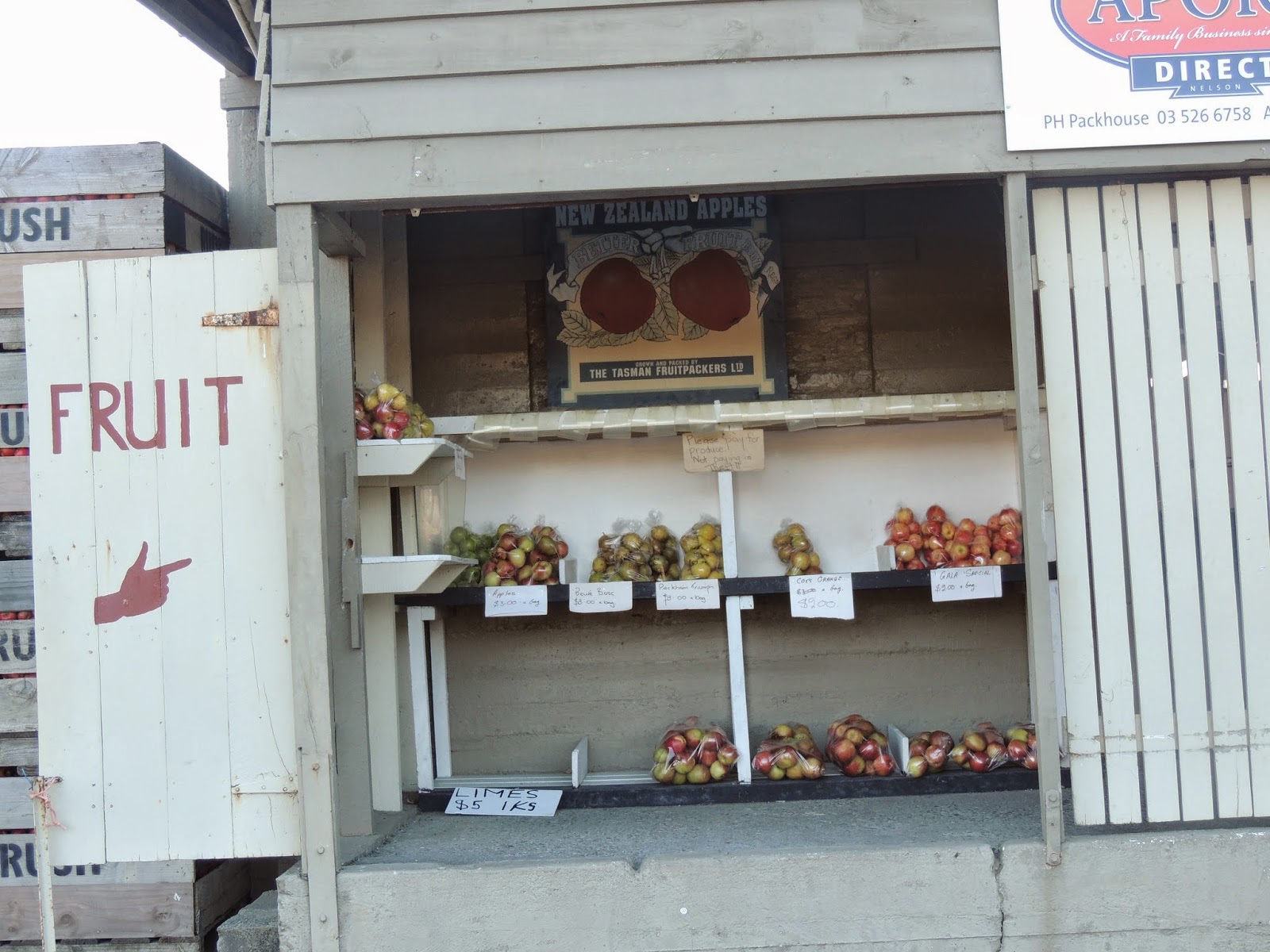 Here's the route (in blue) from Blenheim to Tasman we took yesterday:

Gosh, what a ride, filled with big scenes and lots of harrowing twisty roads. 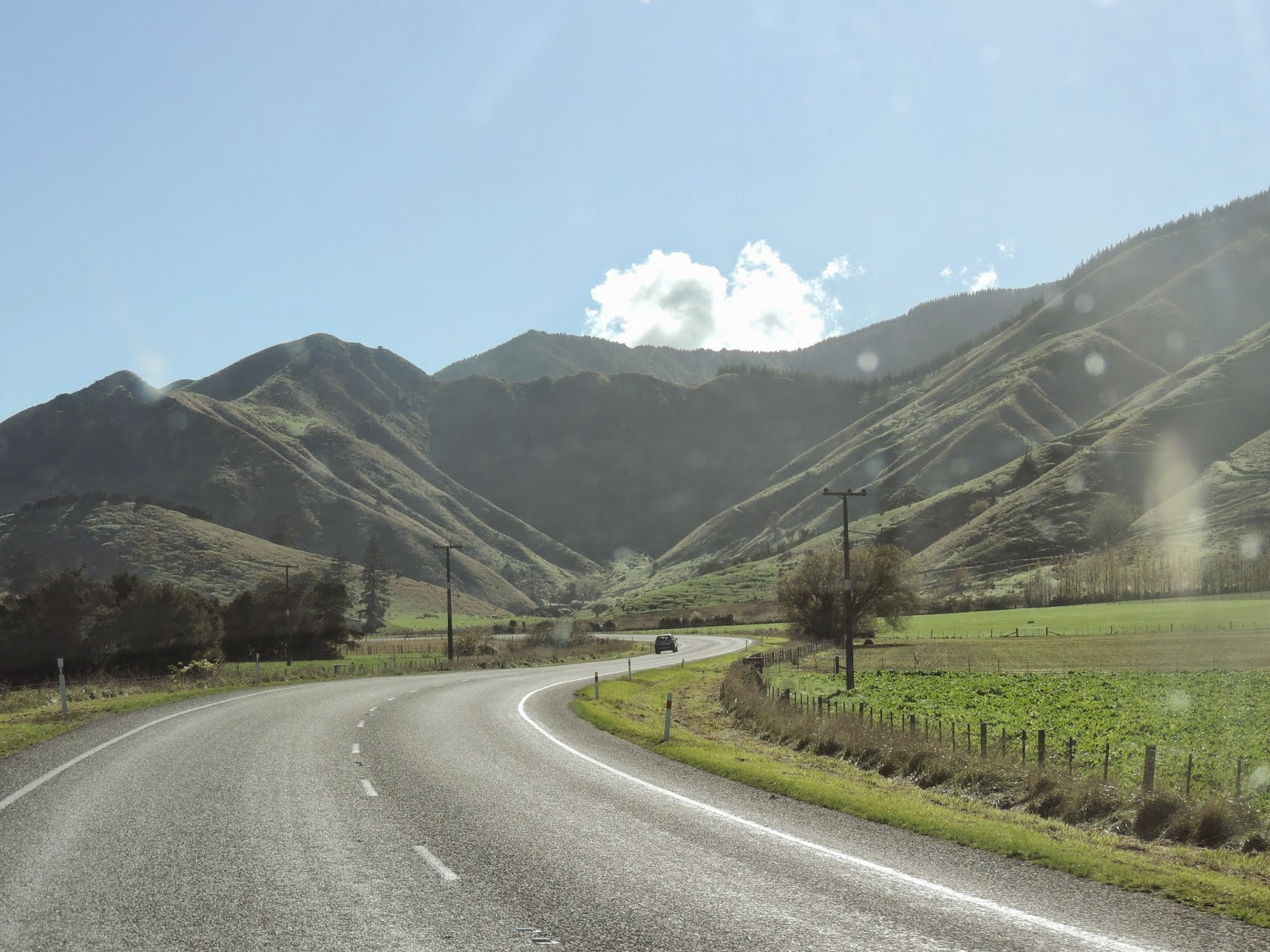 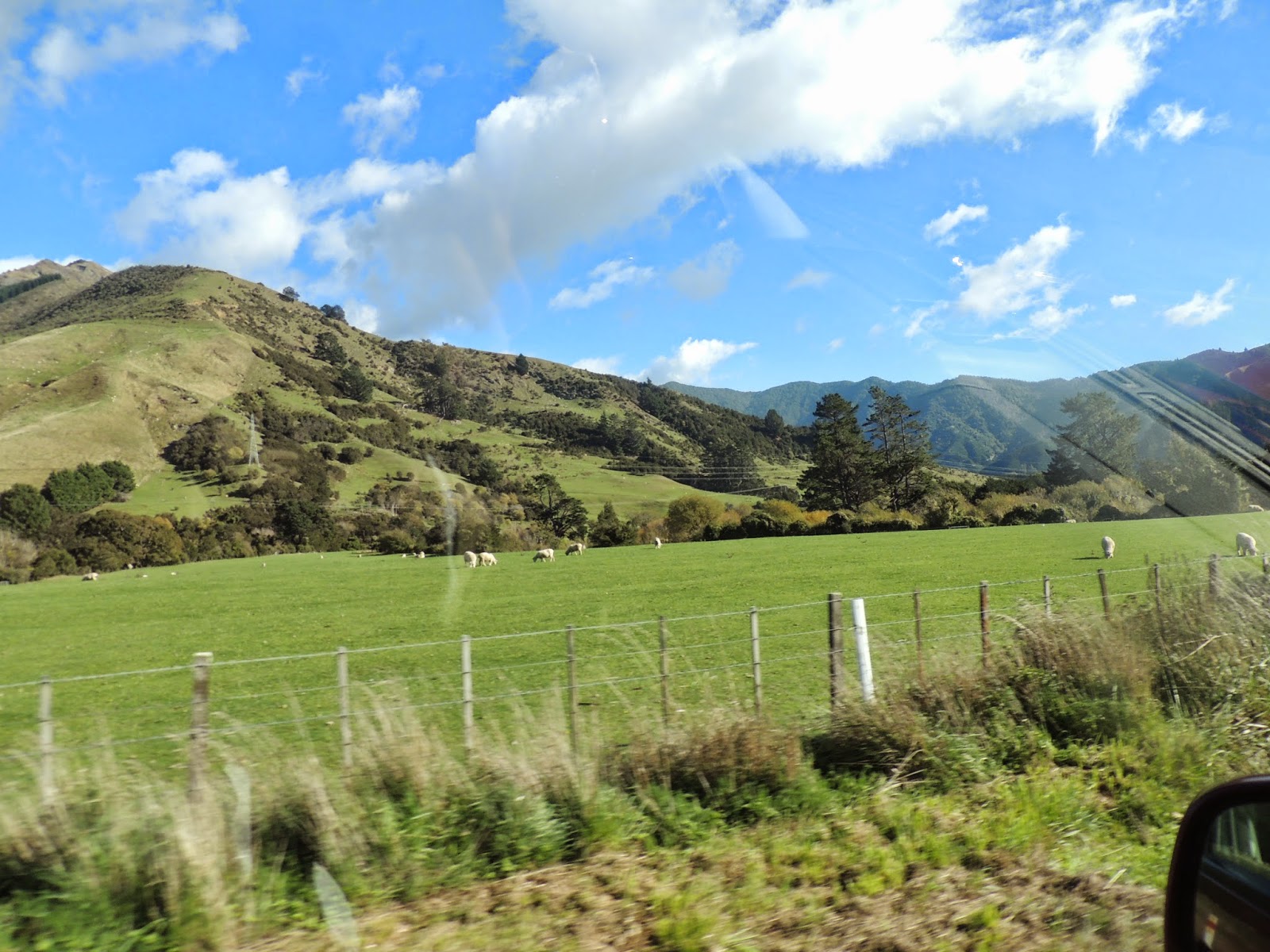 These folded hills just kill me. 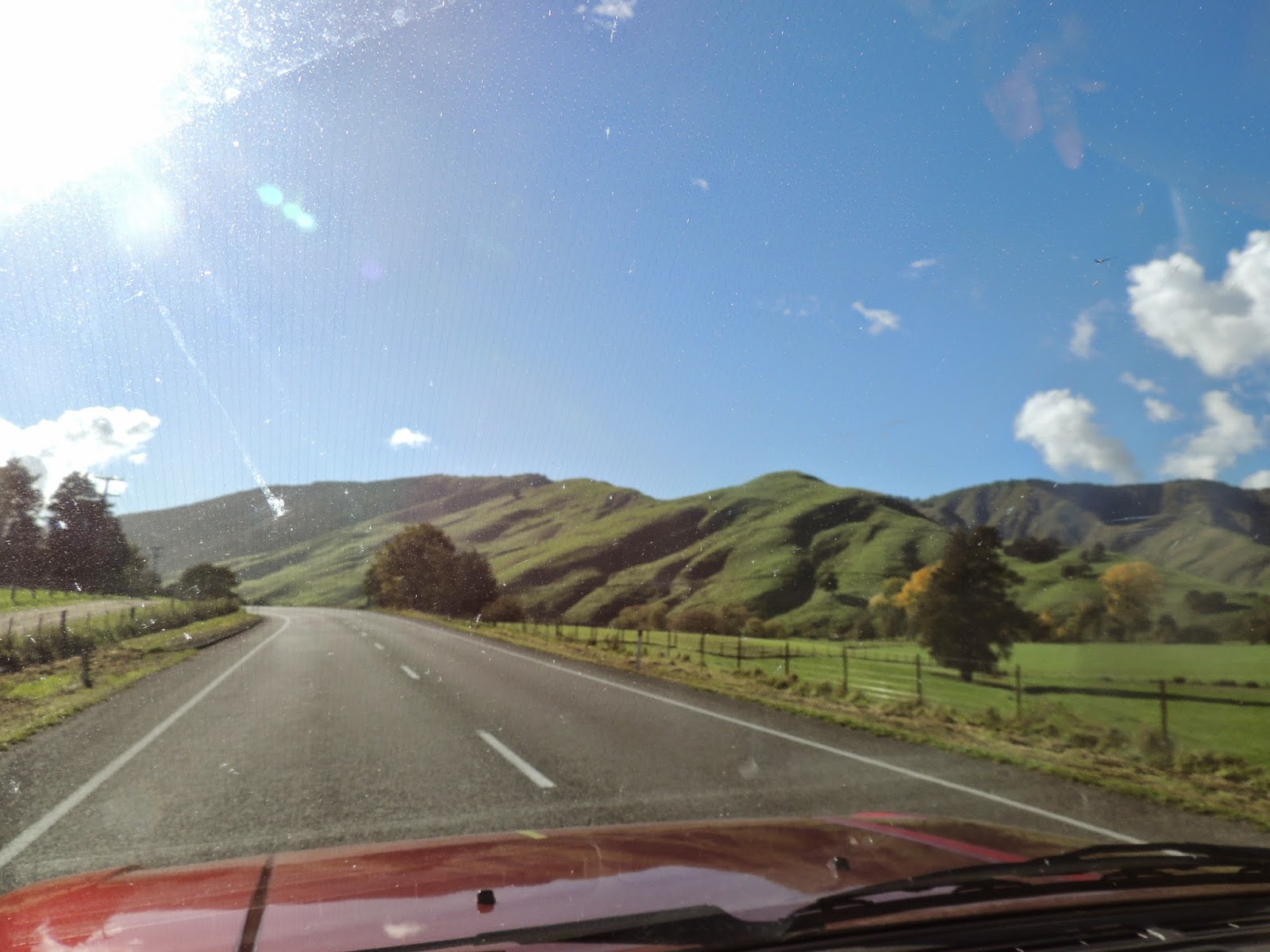 Harrowing
(see the road up there?) 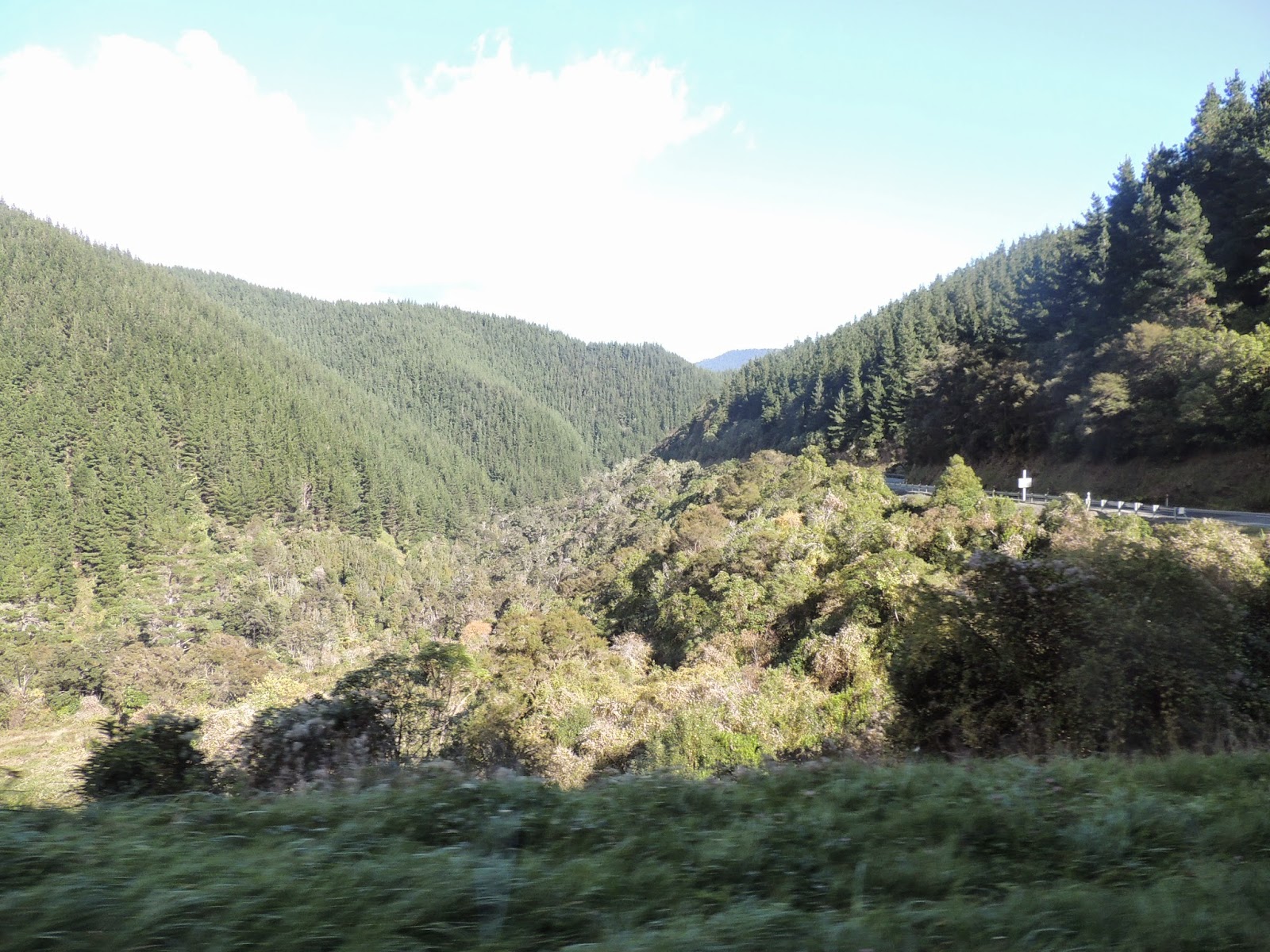 There appears to be no rhyme or reason to motel pricing. TasmanGreen is ten dollars less than a motel we stumbled on last night that Art remarked reminded him of being inside a shipping container.

The sun arcs over the small patio in front of this studio, and we're in sunshine all day.