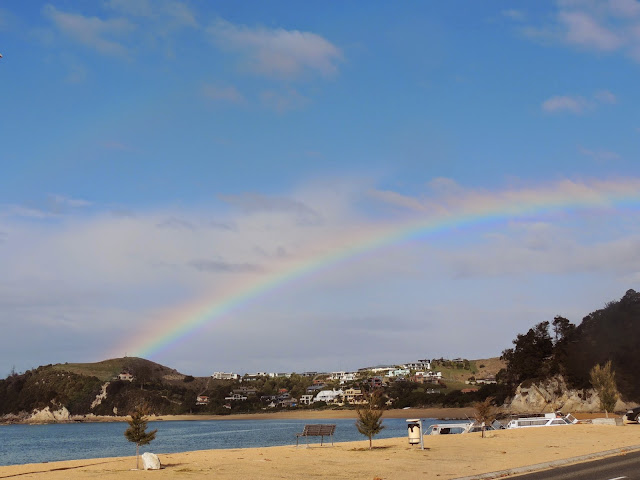 This morning, a small band of friends grouped up at the sailboat tour booth. We saw them later, heading out. 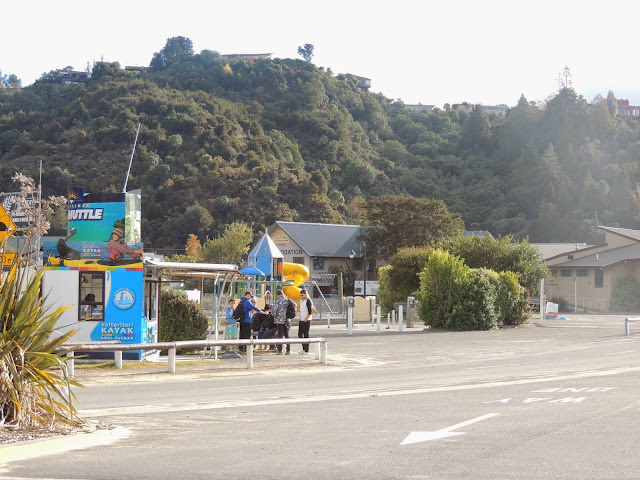 I walked before breakfast up to the lookout that offers a peek of Little Kaiteriteri beach. 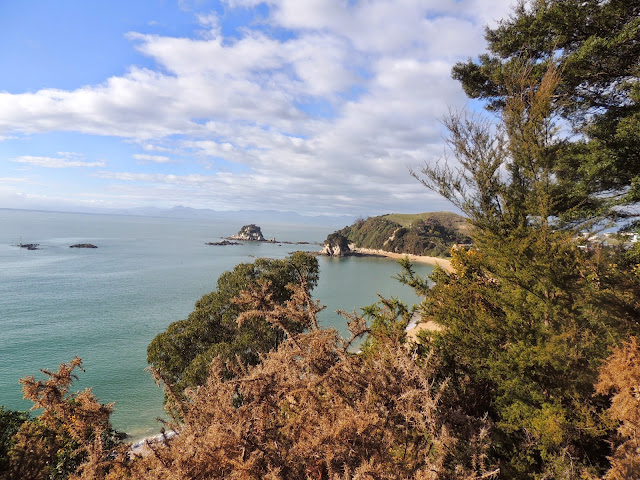 Note to self: eat more scallops and mussels. 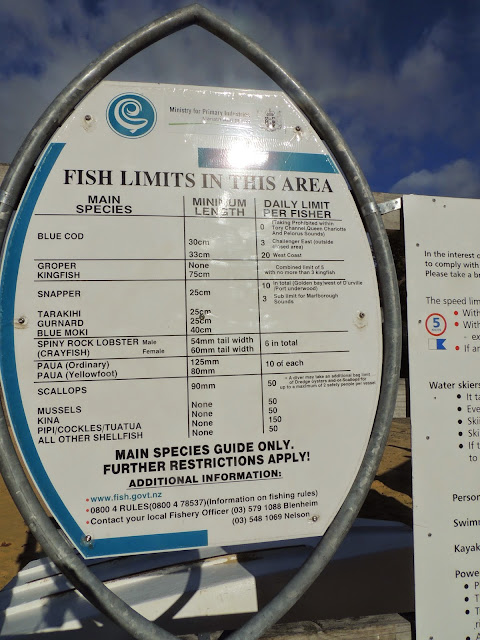 A blind woman with a kissing guide dog (I asked, honest, before I offered my hand) told me about a secret beach that was lovely and deserted, as if it's possible we've been here a week and hadn't discovered it. Leaving aside the question of how she knew these details, she offered vague directions and when the sun broke through this afternoon, we set out to find the path. 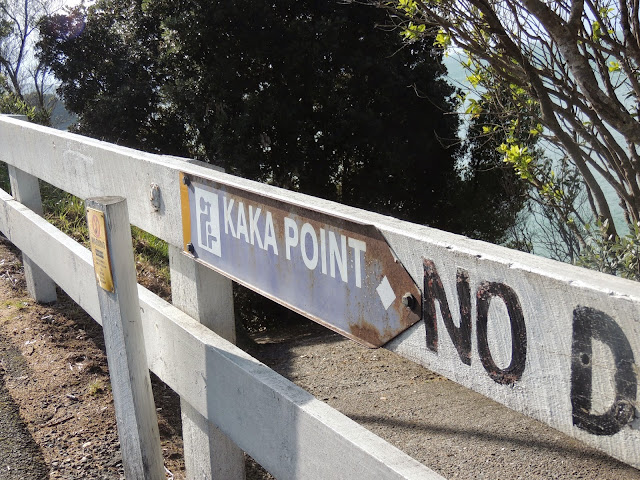 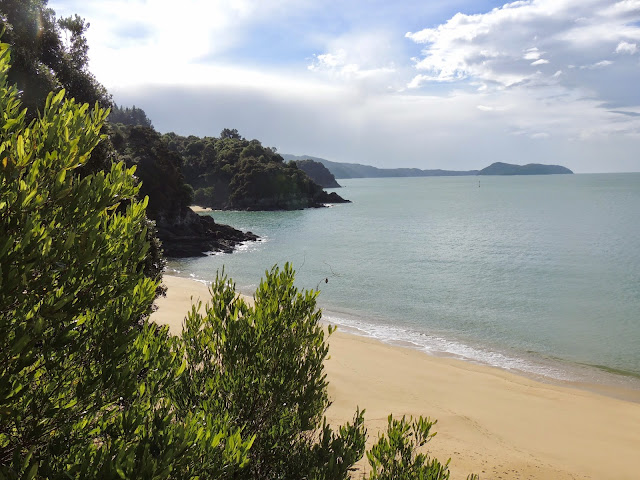 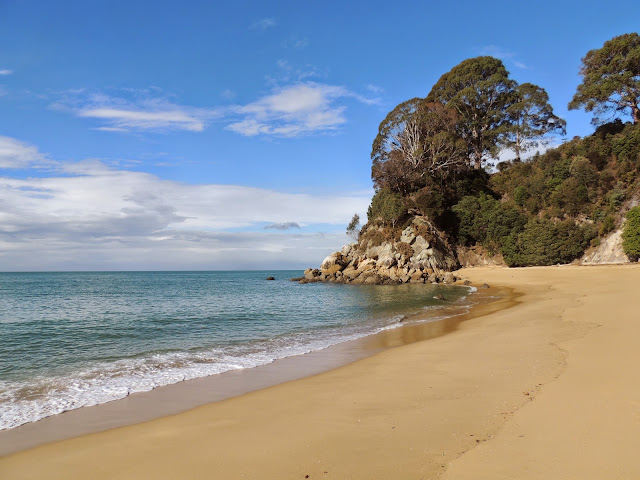 The camera timer gave me nine seconds to clamber over the rocks to where Art was standing. I'm laughing, because I barely made it. 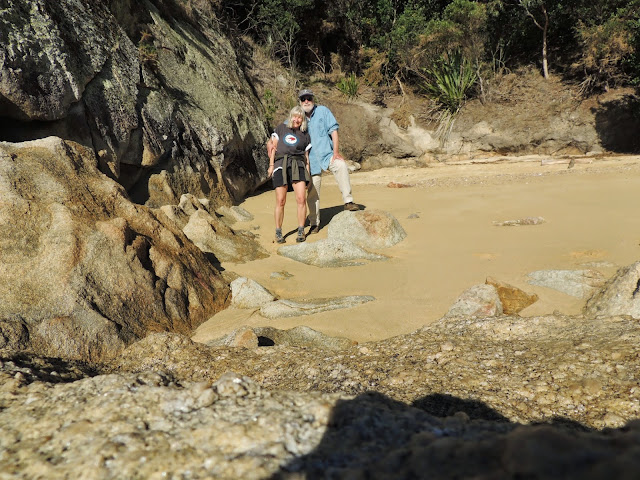 The beach was loaded with these drill-bit shells. 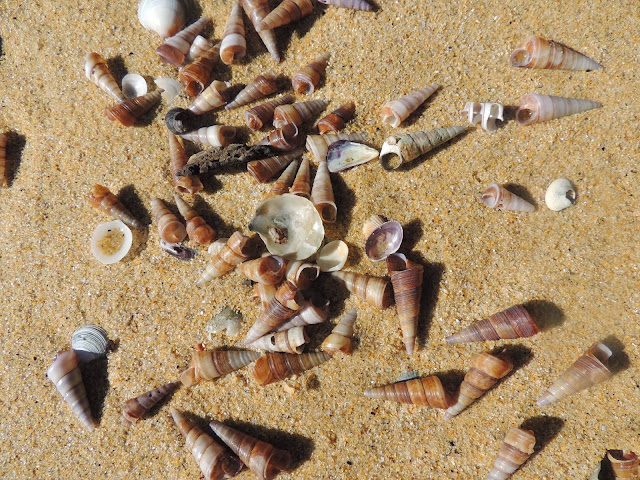 We returned with chairs and rum to sit in the sheltered cove's afternoon sun. (Audio nice on this.)

Kaiteriteri revealed itself slowly during our week here. Tomorrow we'll hitch up the caravan and say goodbye for real, this quiet place an enduring memory.
Posted by H2 at 11:46 PM