Looking Ahead: Campground Review In Kaiteriteri and Marahau

Sunday was one of those days when you think you're going to do one thing but end up doing another. What we thought about doing was driving to Kaiteriteri (about 30 minutes away) and taking a boat from there to a segment of the Abel Tasman National Park Coastal Track.

But along the way we stumbled on a farmers market in Motueka with bagpipers. We were there getting NZ dollars from an ATM. 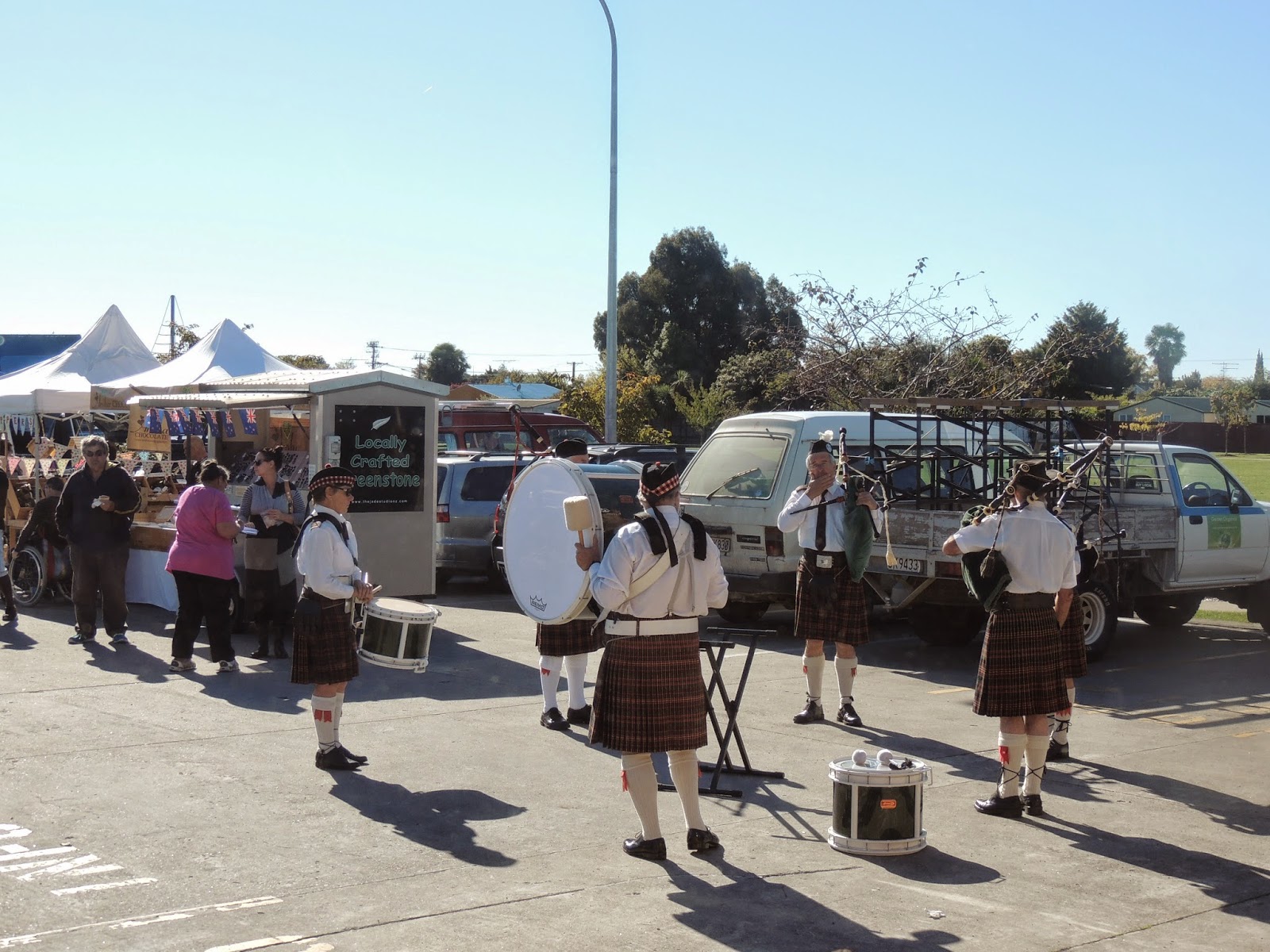 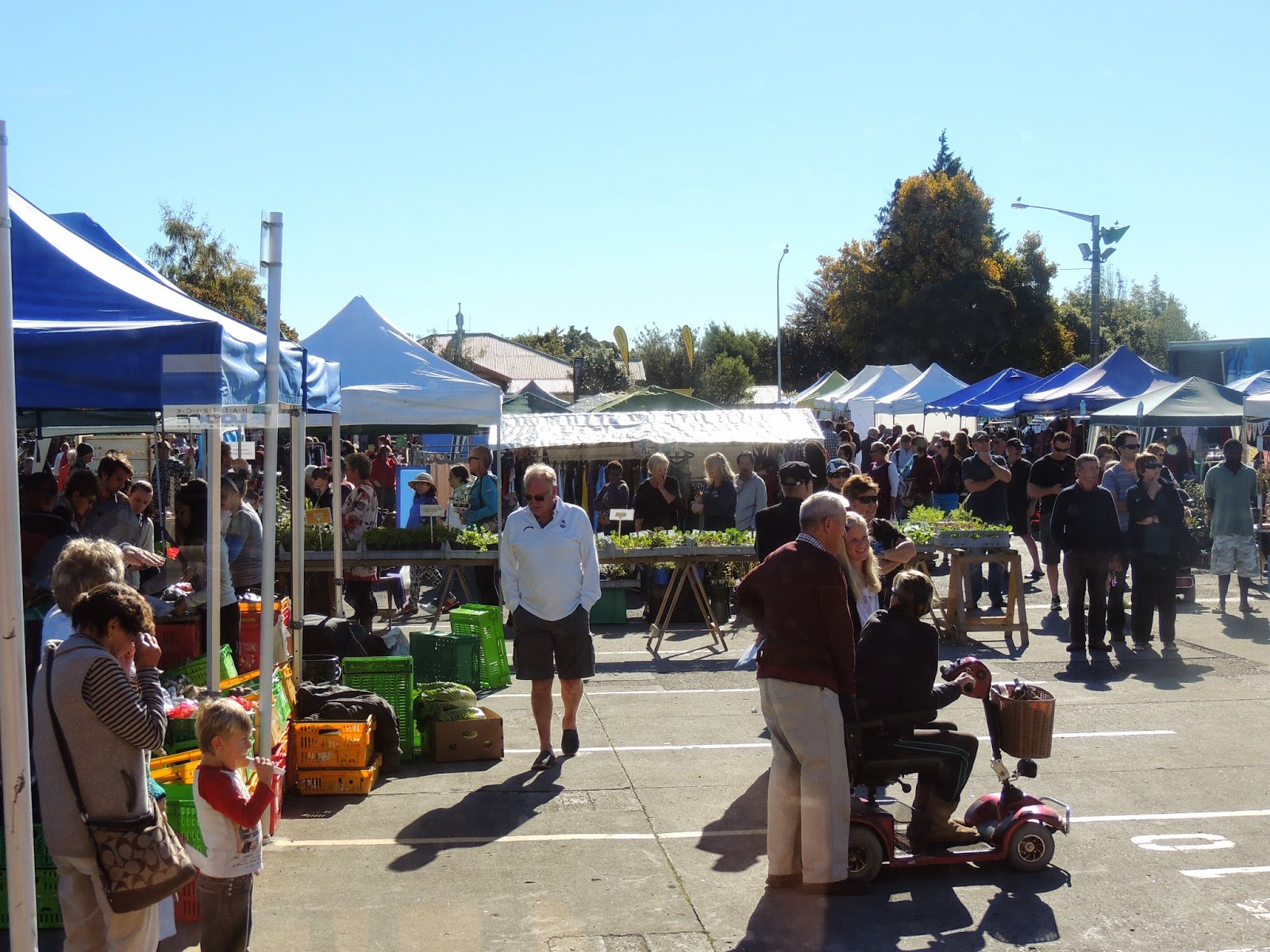 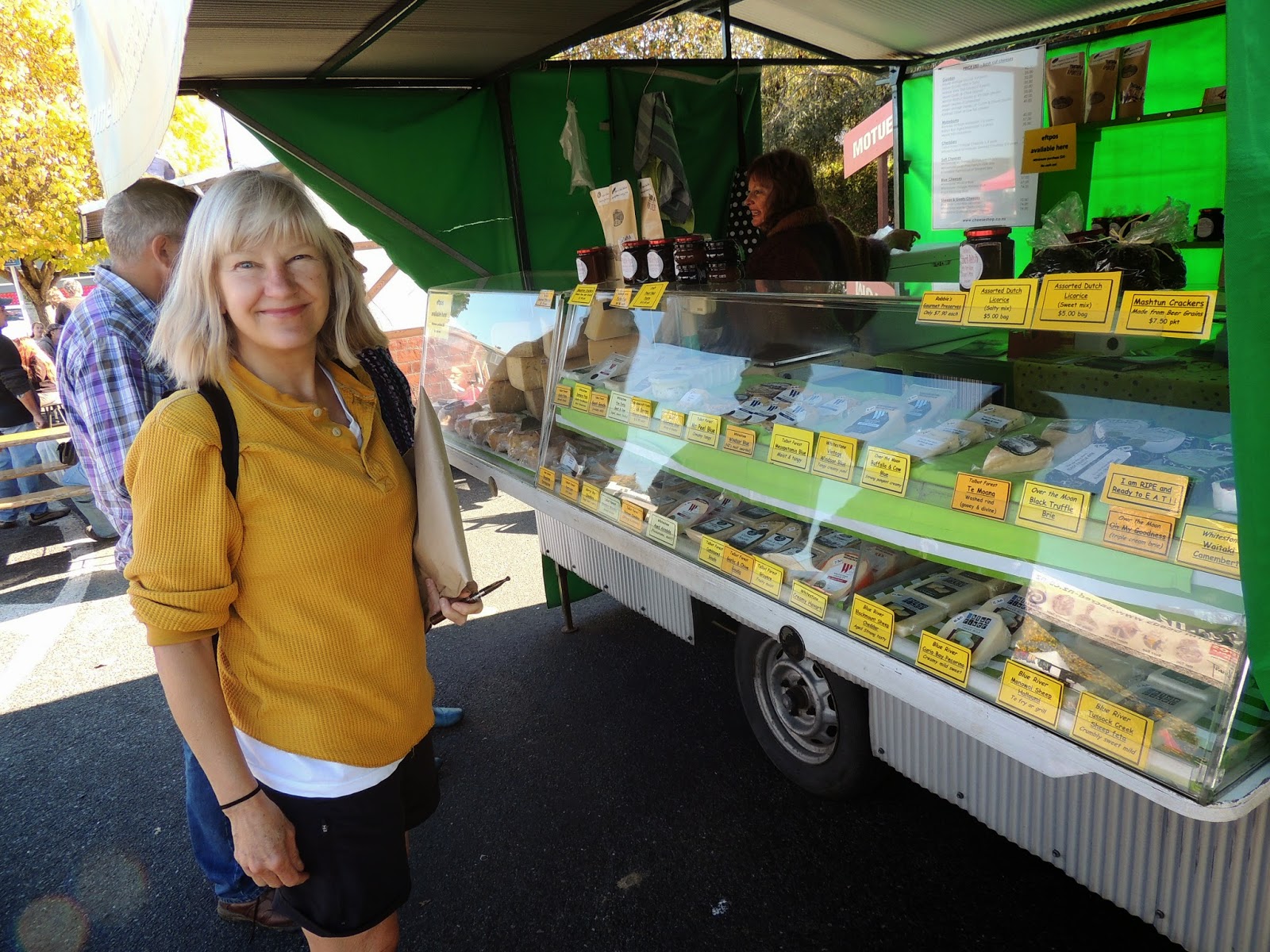 Soon it became apparent that we'd have to race to Kaiteriteri to catch one of the speedboats that ferry people to walk portions of the Abel Tasman track and it seemed like too much pressure. So we decided to drive there and check out a campground for a possible future stay. It was a beaut, mainly because of what's across the street. 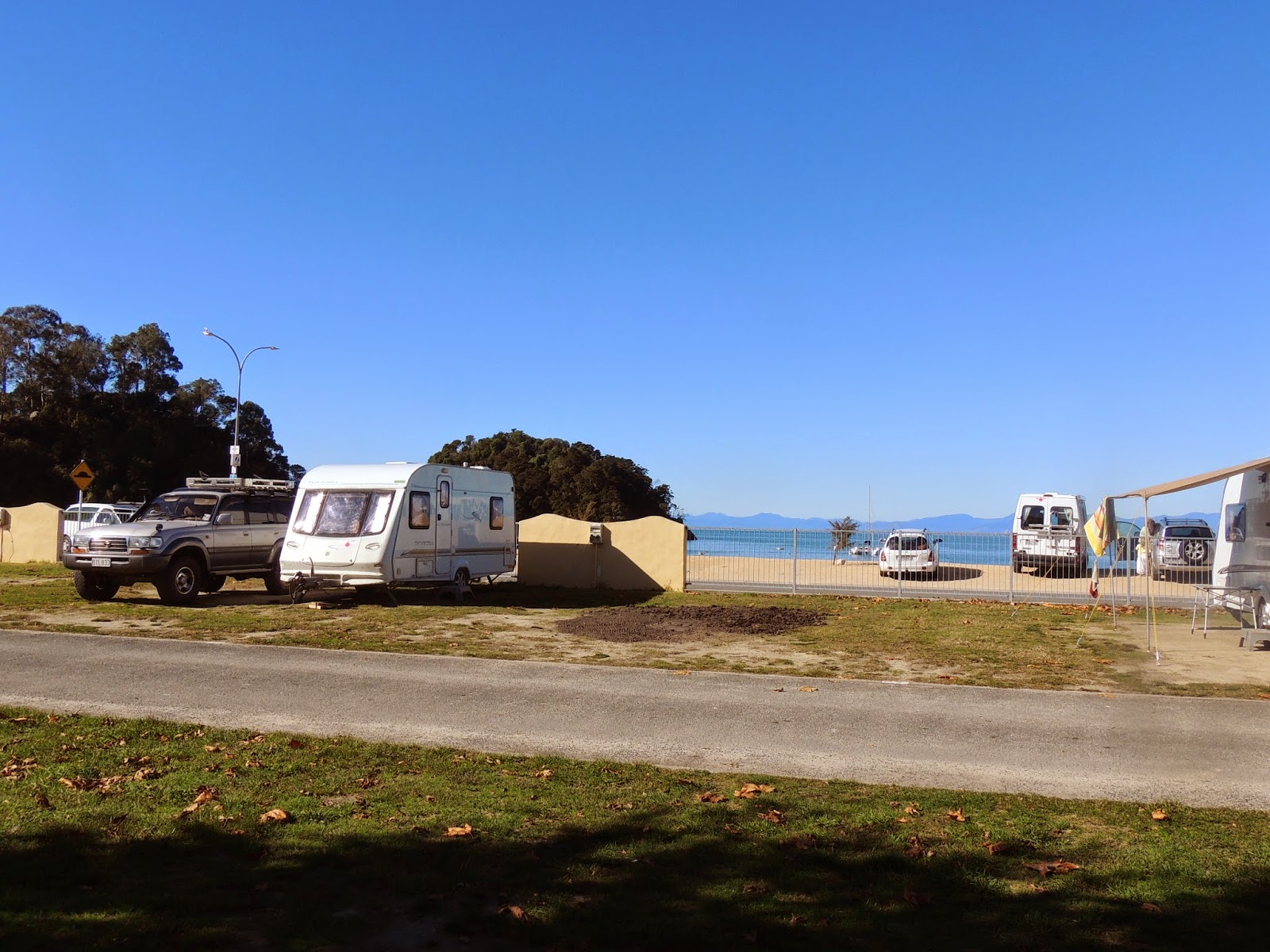 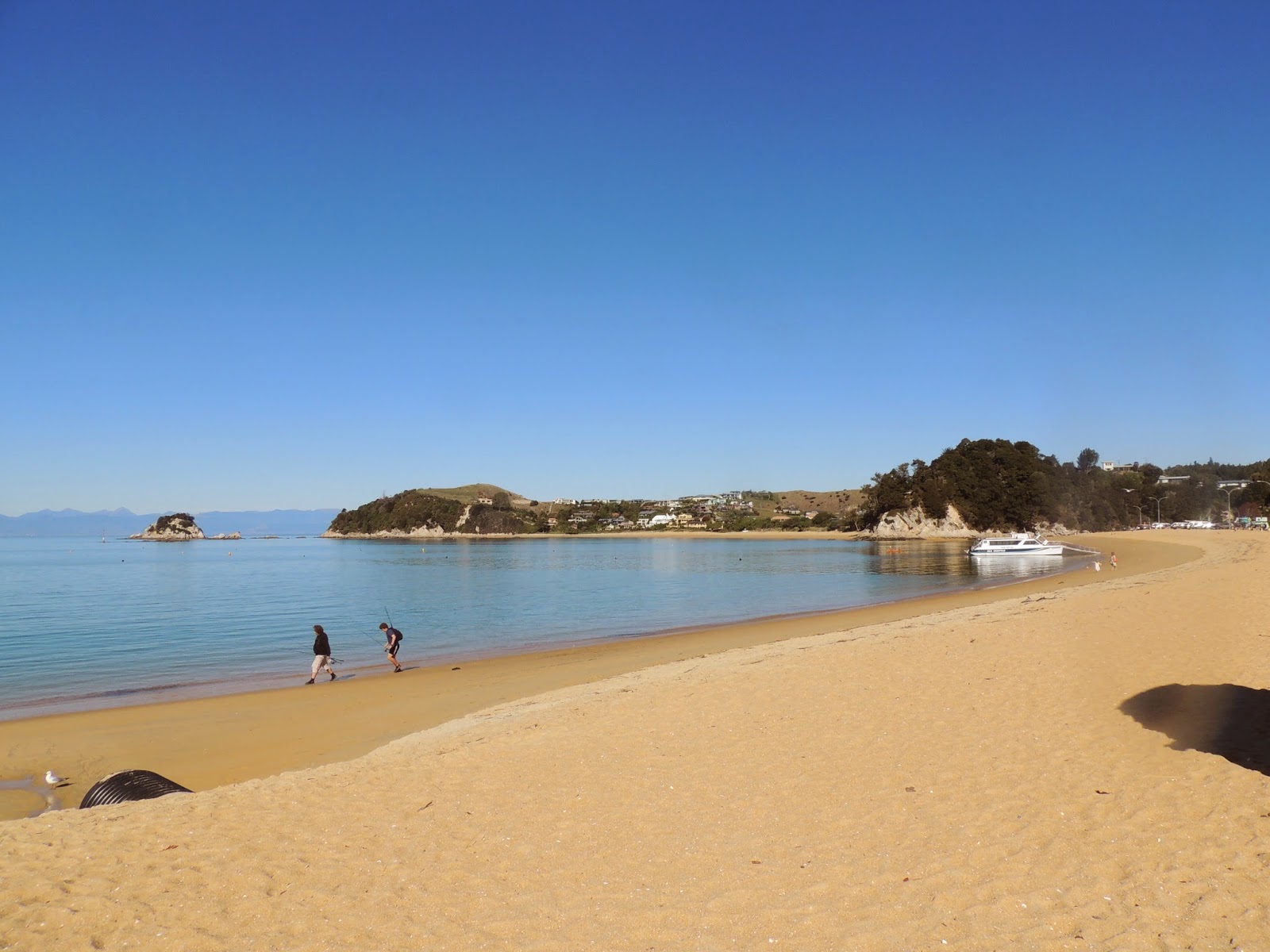 This is where the boats depart to take you to the Coastal Track for part of a day or a longer stay. 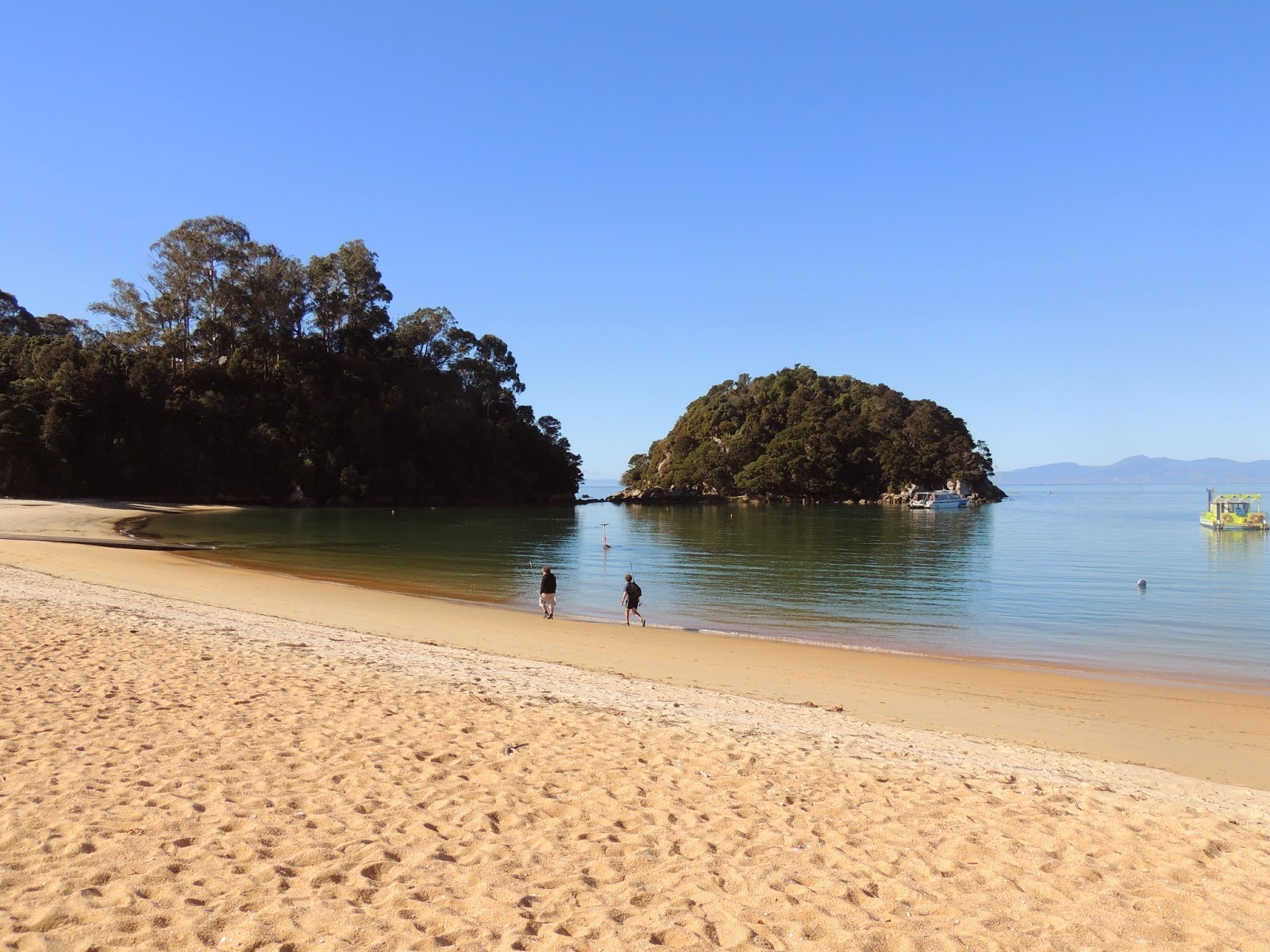 We checked out the campground's fairly lavish shared kitchen area, which also has seating for rainy days. Nice fridges and, on those long tables at front, multiple hobs (countertop cookers). Large wash-up areas too, the toilet/shower facilities were equally spotless. 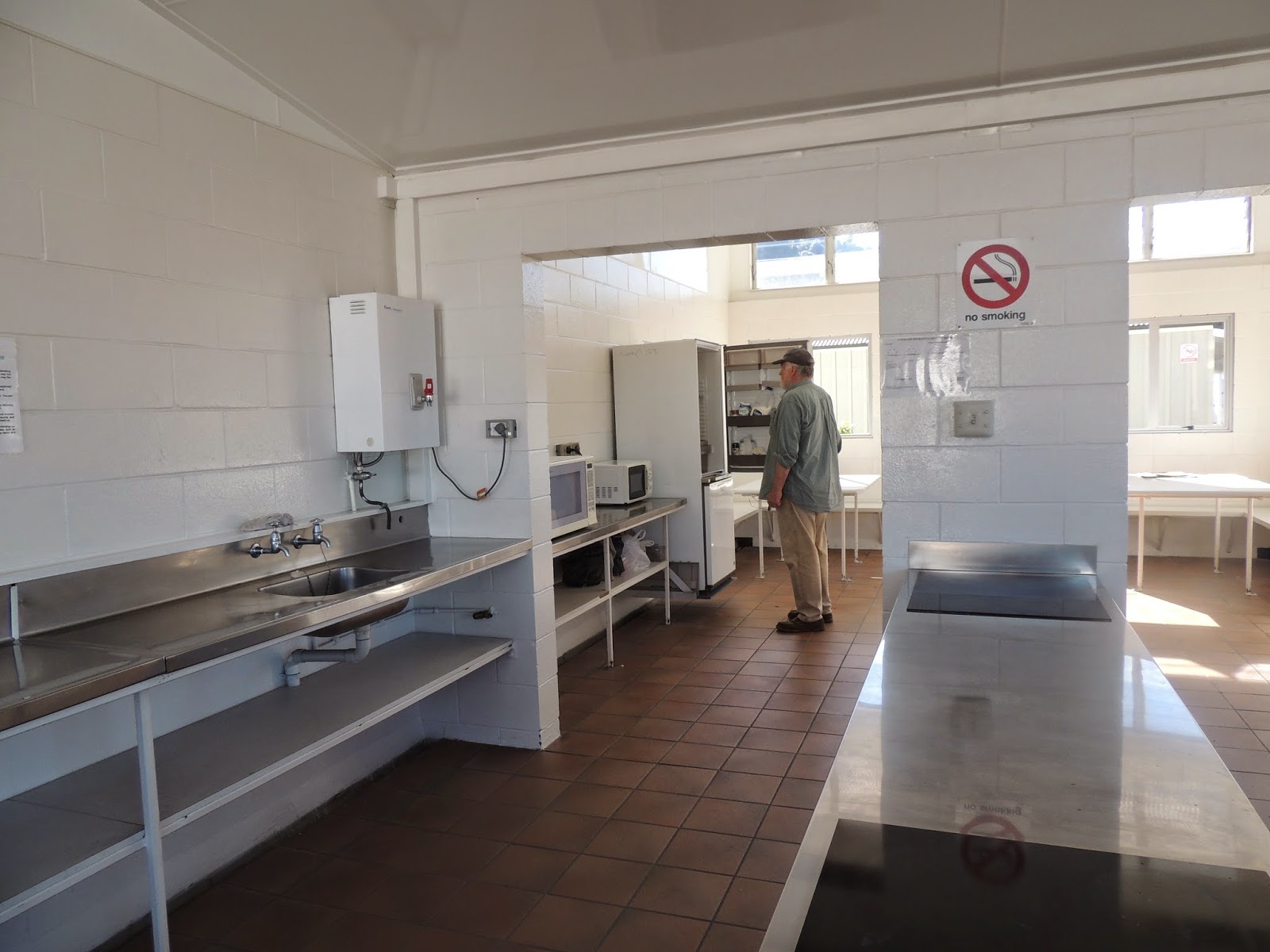 Meet Finn, who needed a ride partway to Marahau, our next destination, to fetch the ipad charger he'd left at a friend's place. Finn's been in NZ seven months on his bike with a tent, away from home in Bend, OR. He didn't want to bike back up the very steep road and we were glad of it, since he was a sweet guy. 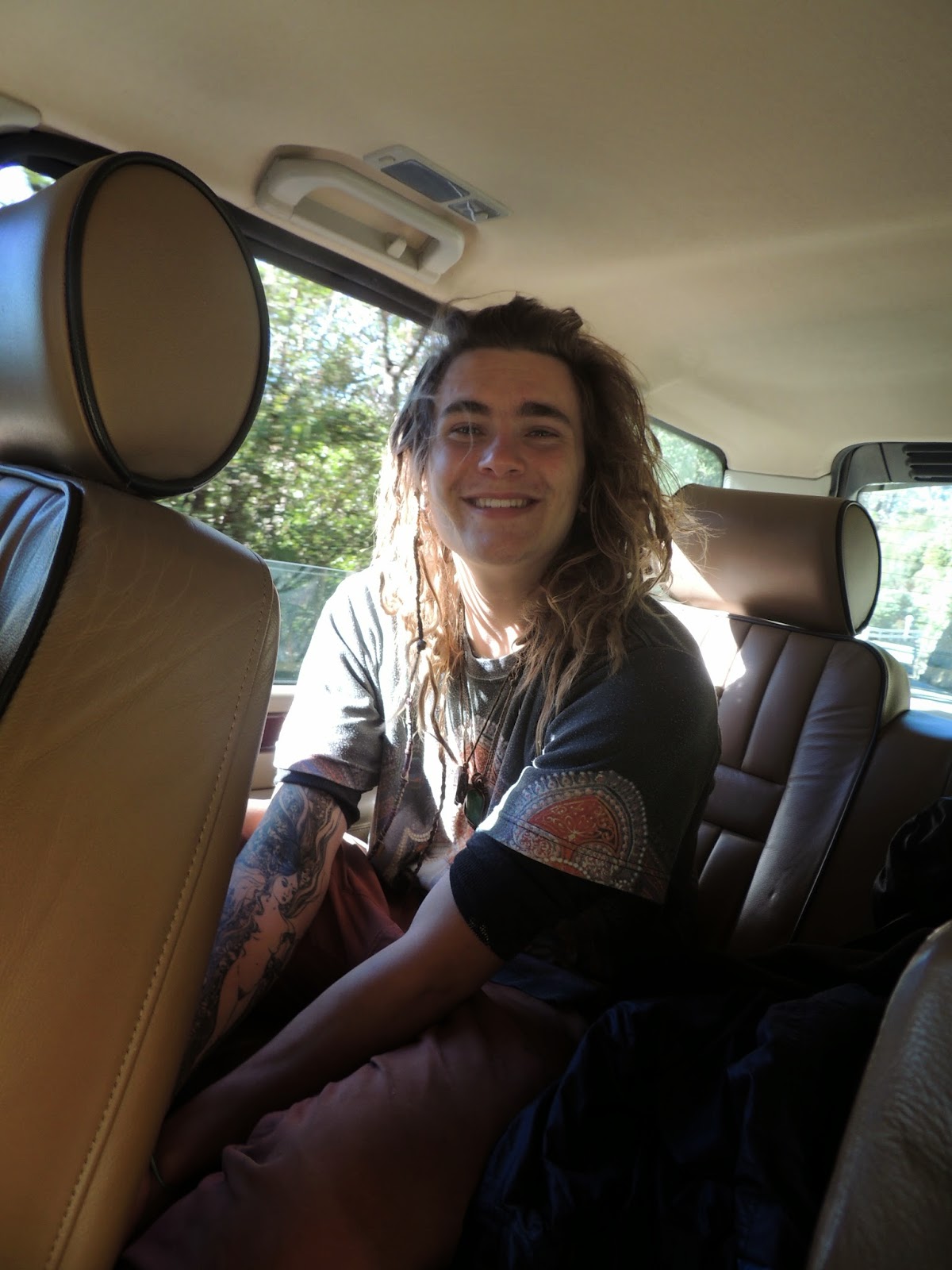 At Marahau, the road pretty much dead-ends into the Abel Tasman National Park. Marahau has tremendous tides that leave boats sitting in the sand and people searching for cockles. 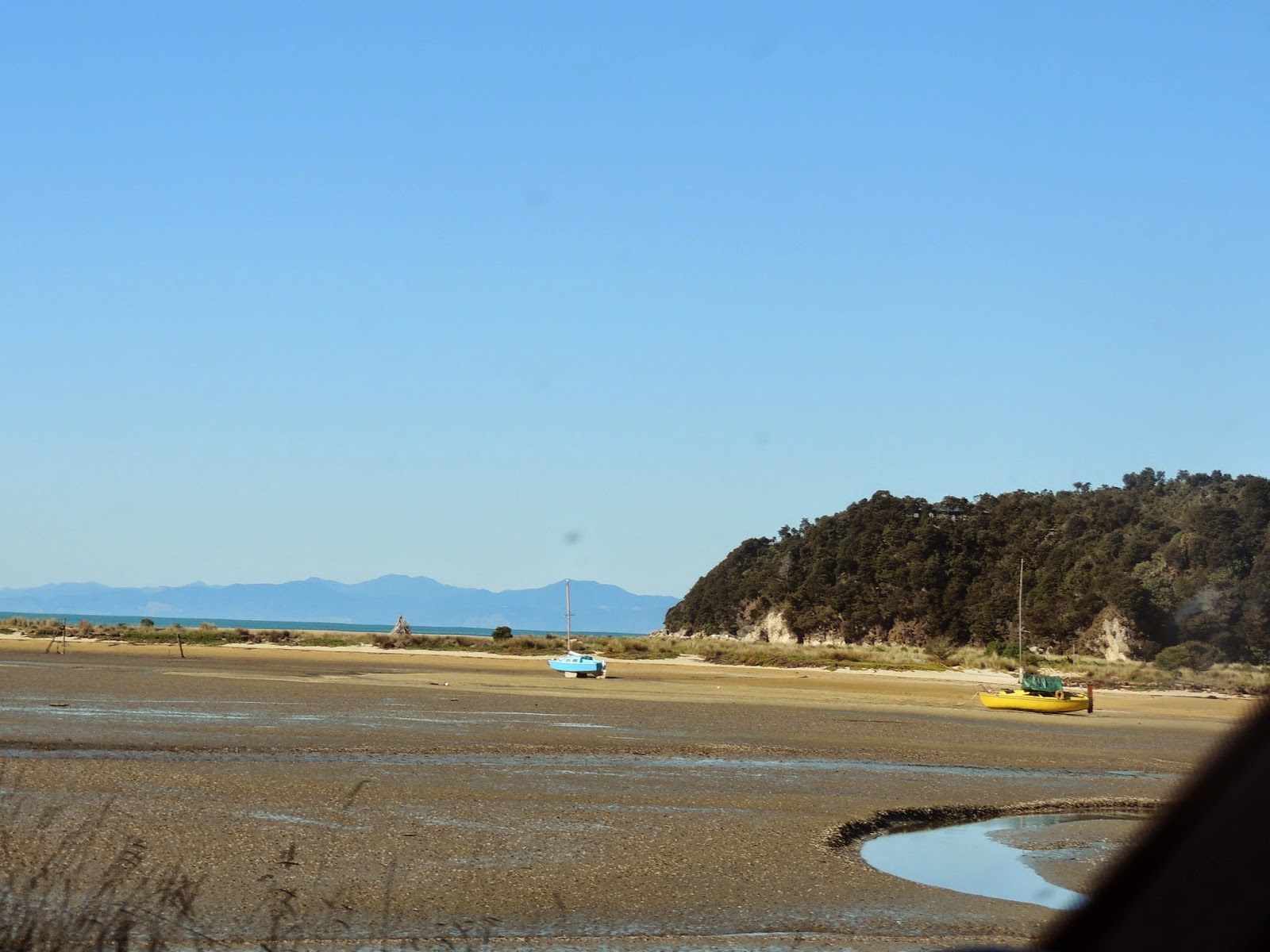 We visited another campground here, with similar flash facilities including large fridges for shared storage, covered outdoor grills and seating, and a fireplace. 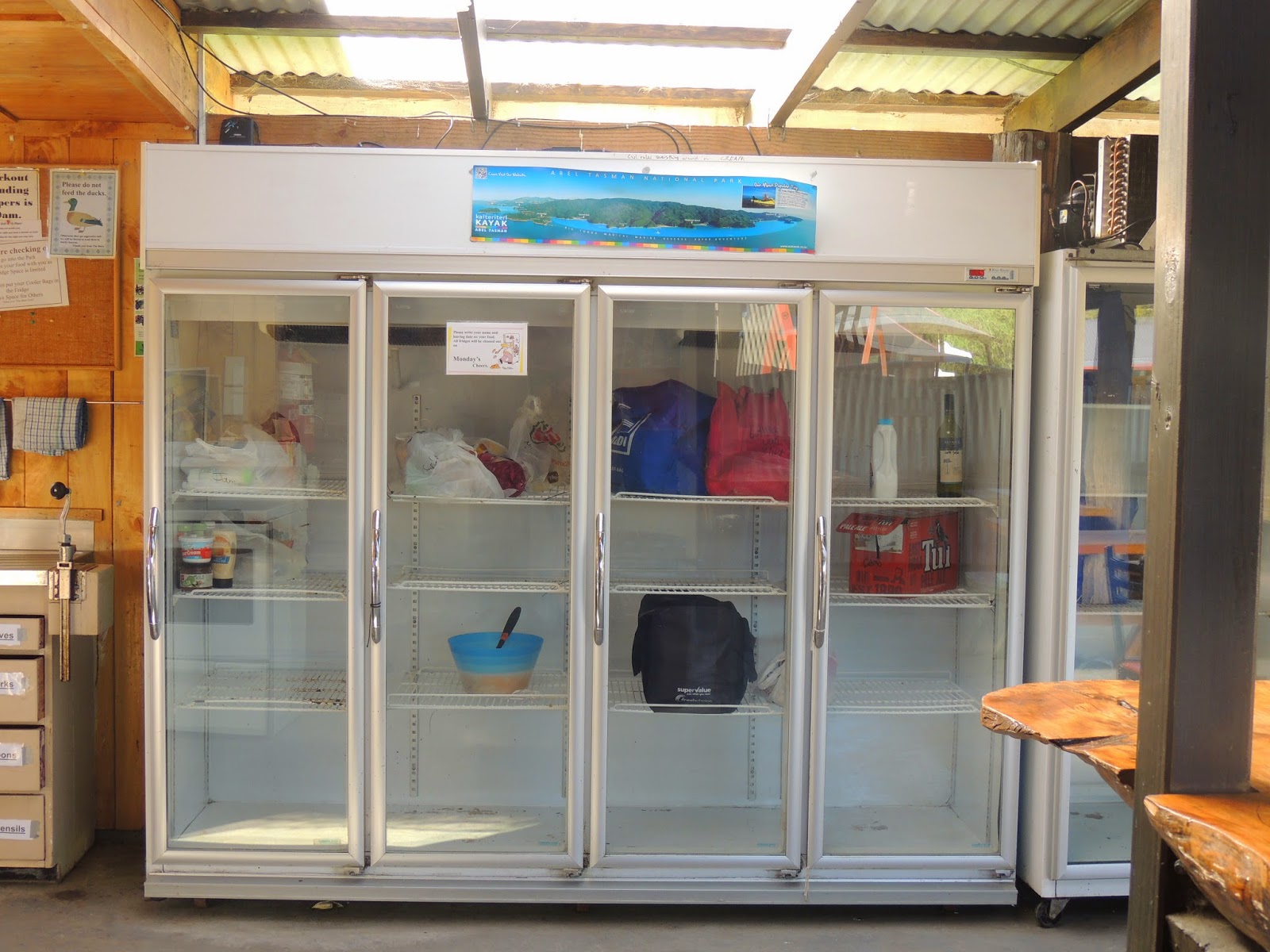 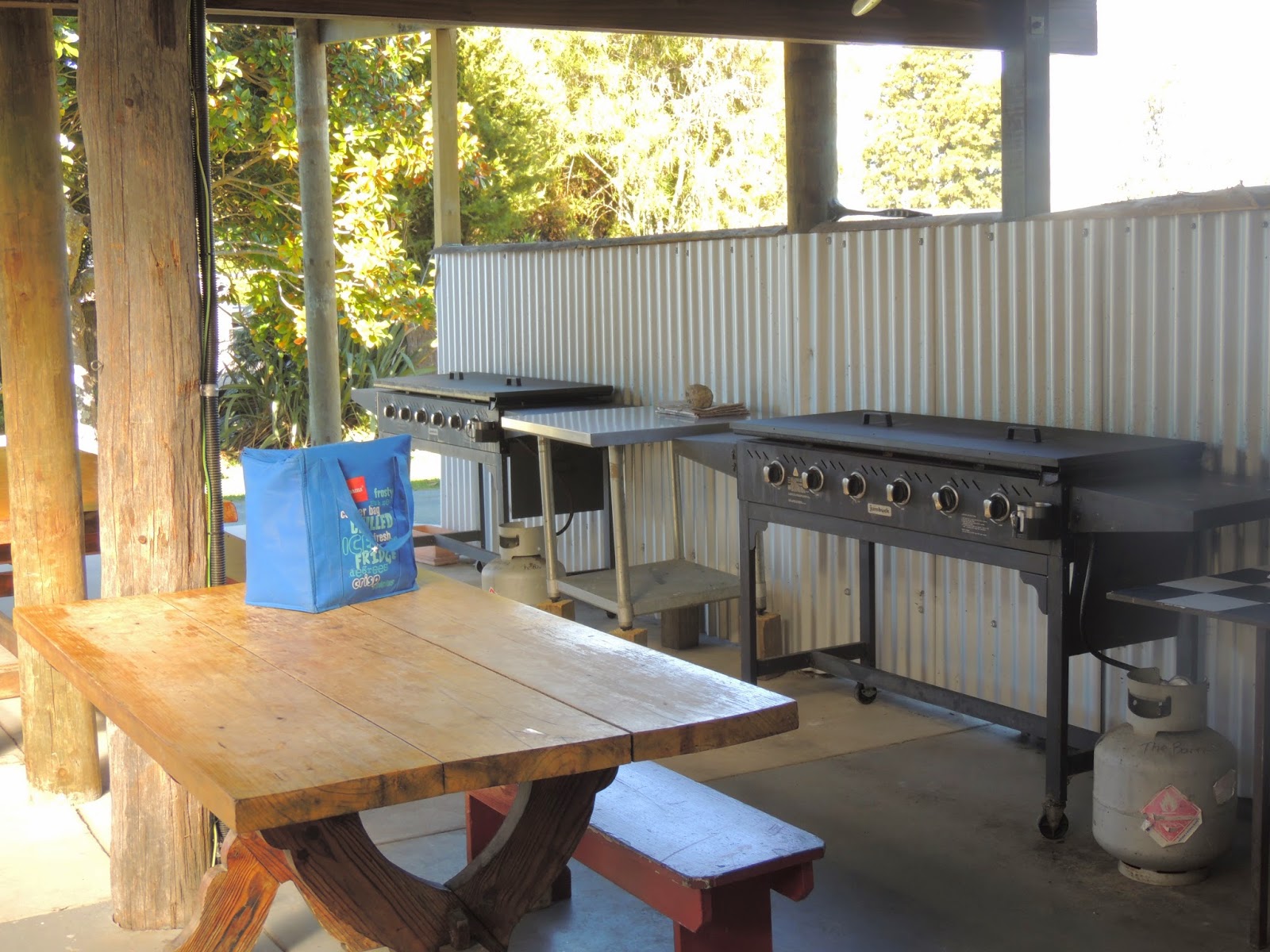 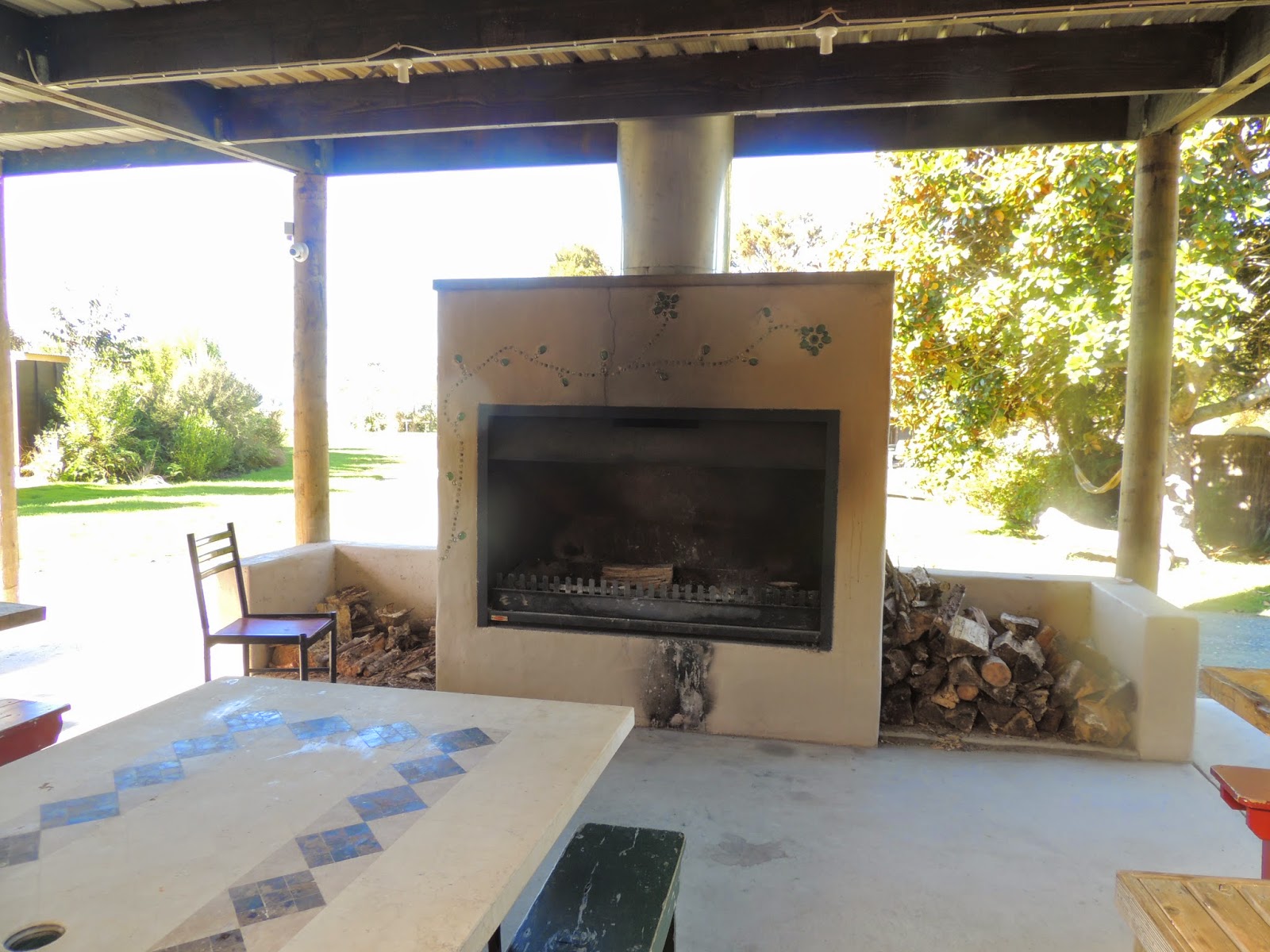 Plus, a tiny bache to stay in if you choose. 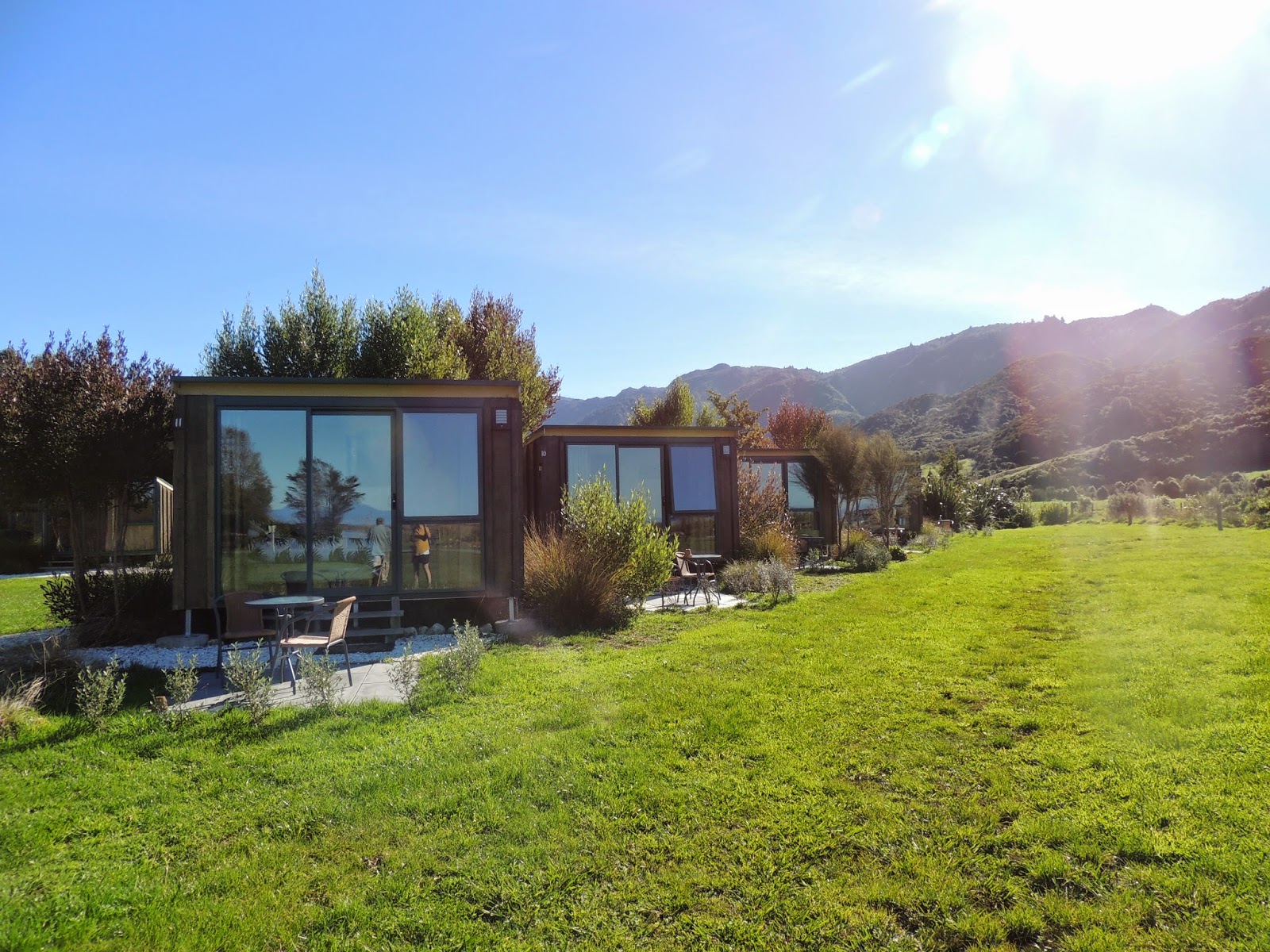 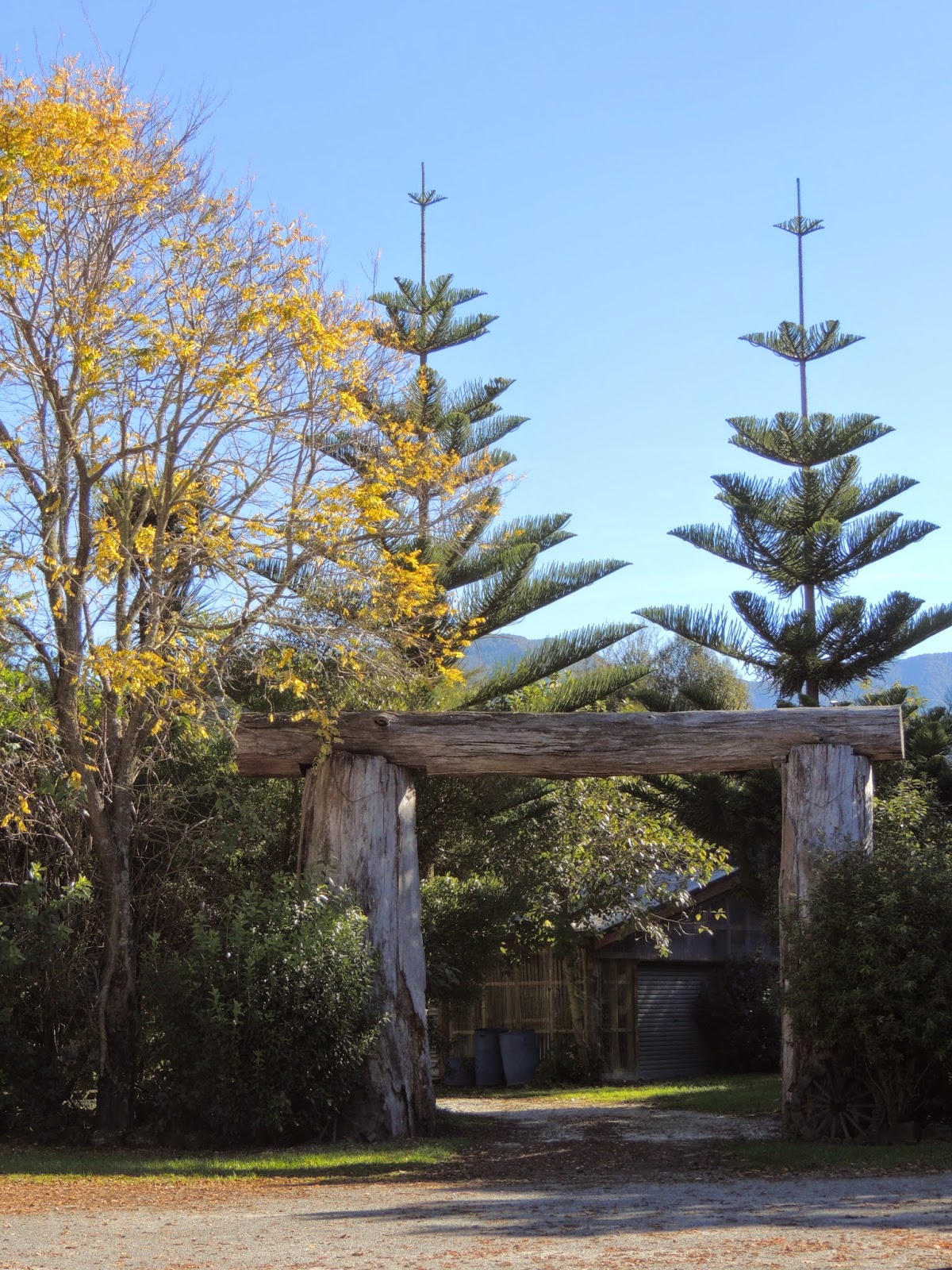 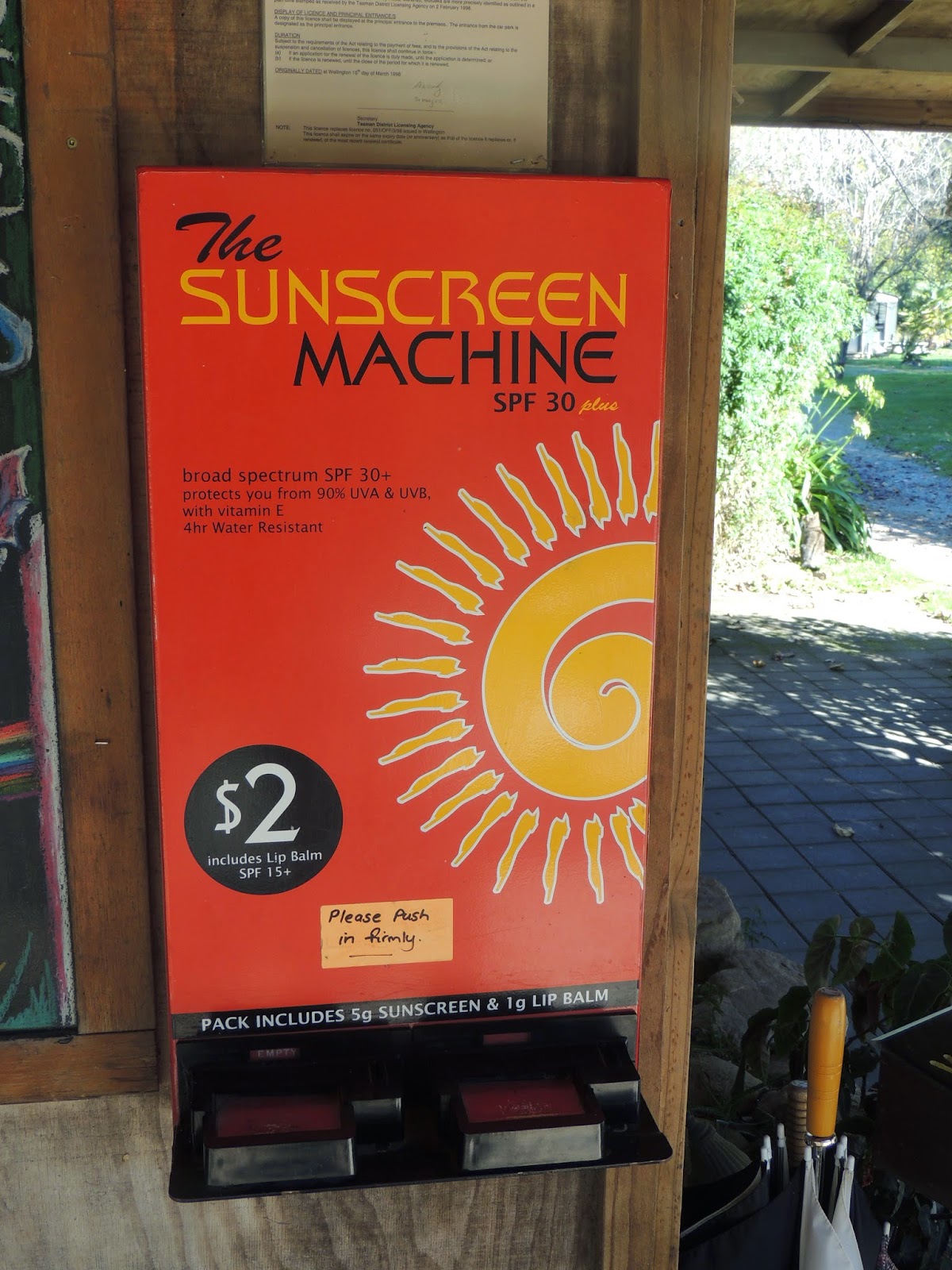 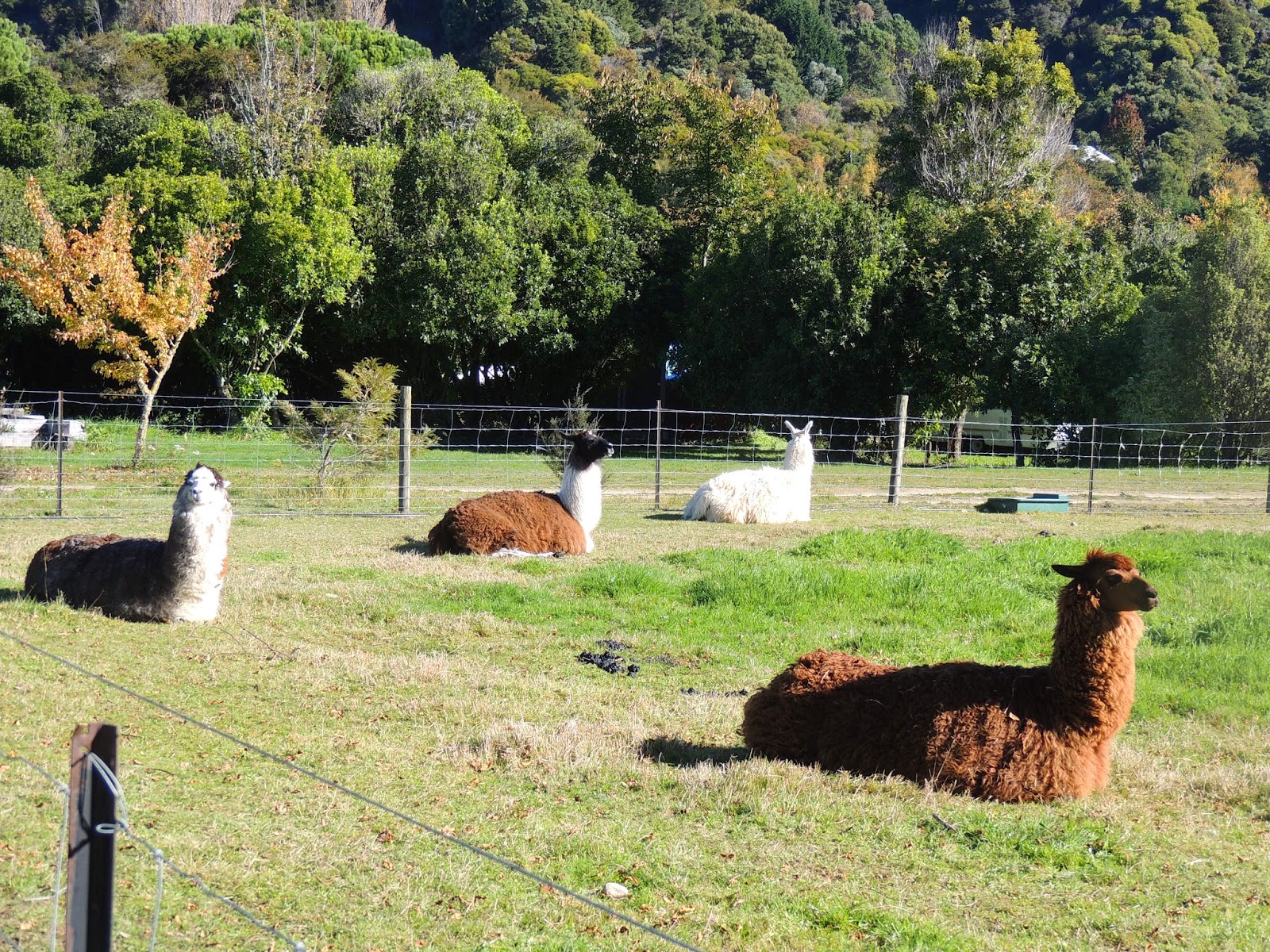 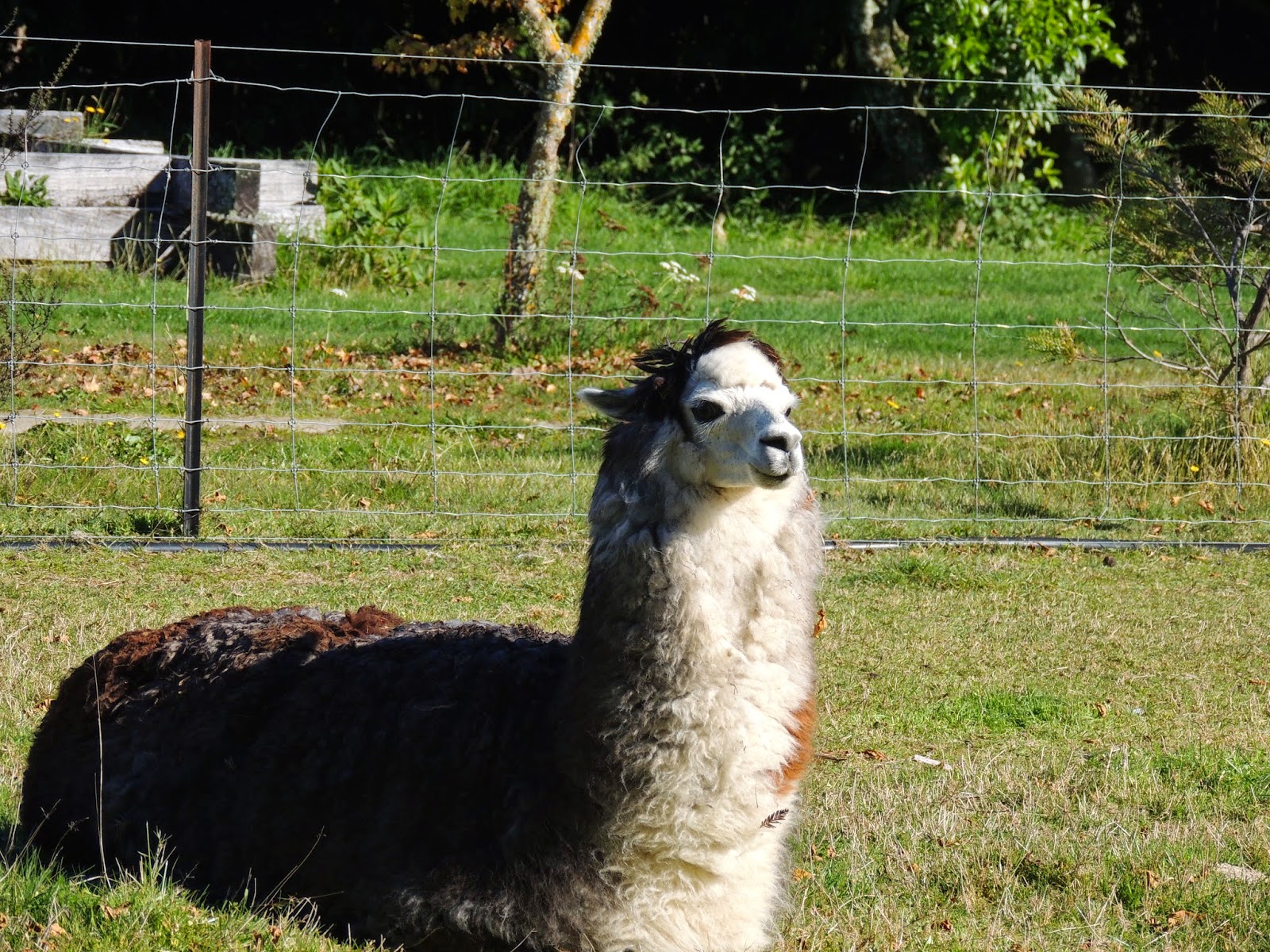 And don't you want to keep a few in your yard? 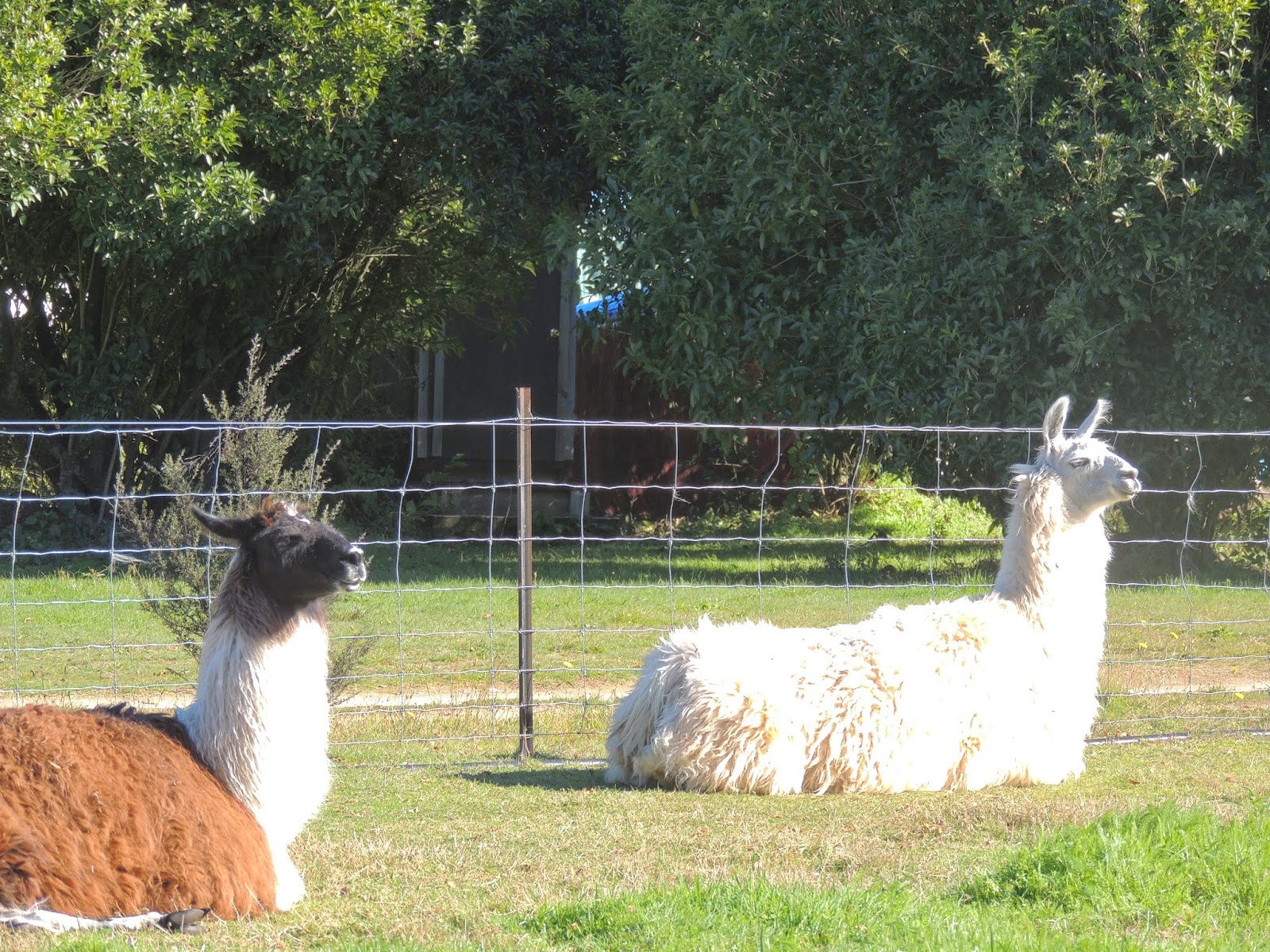 On the drive back, a roadside stop (still low tide) for lunch. 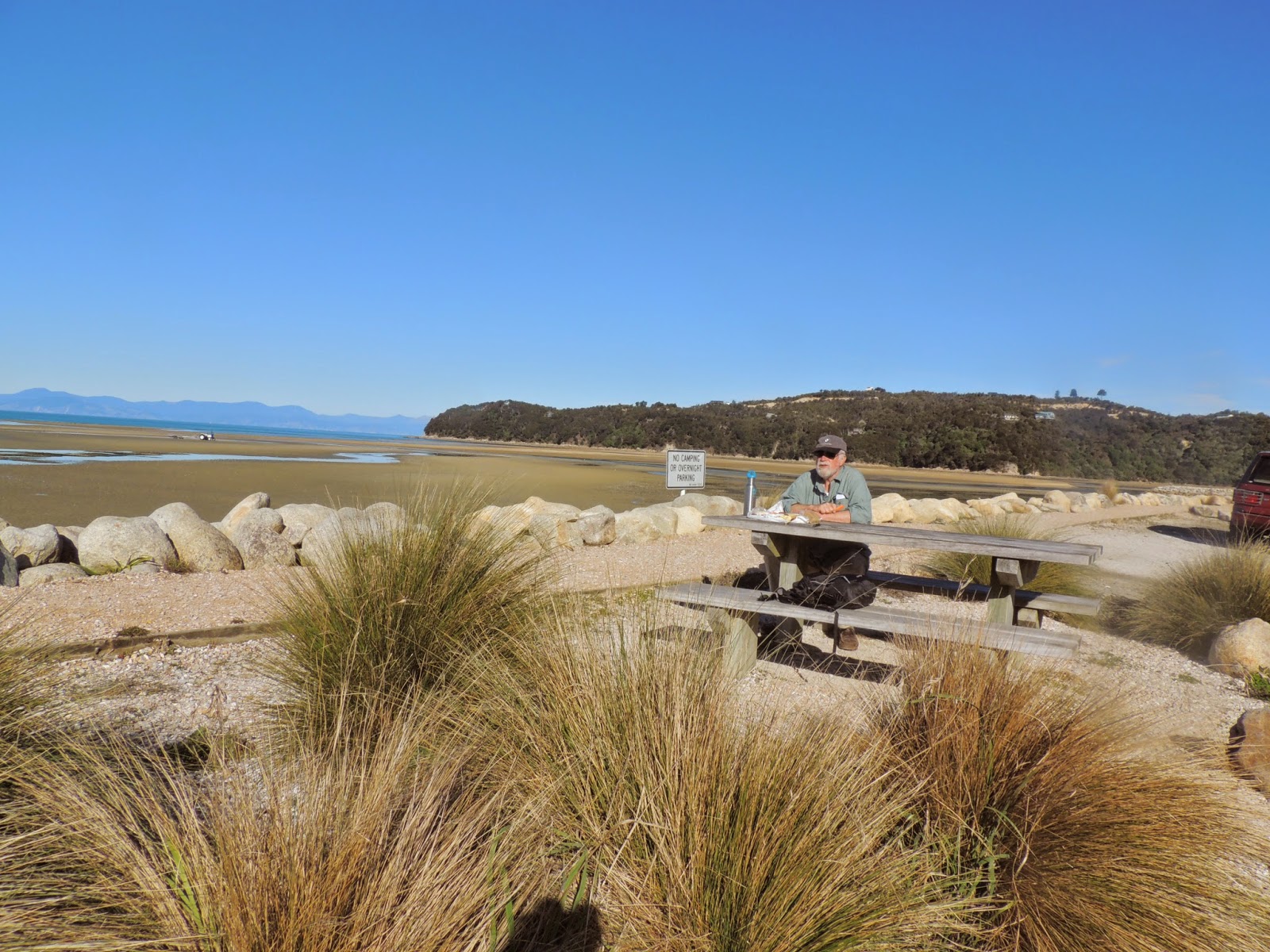 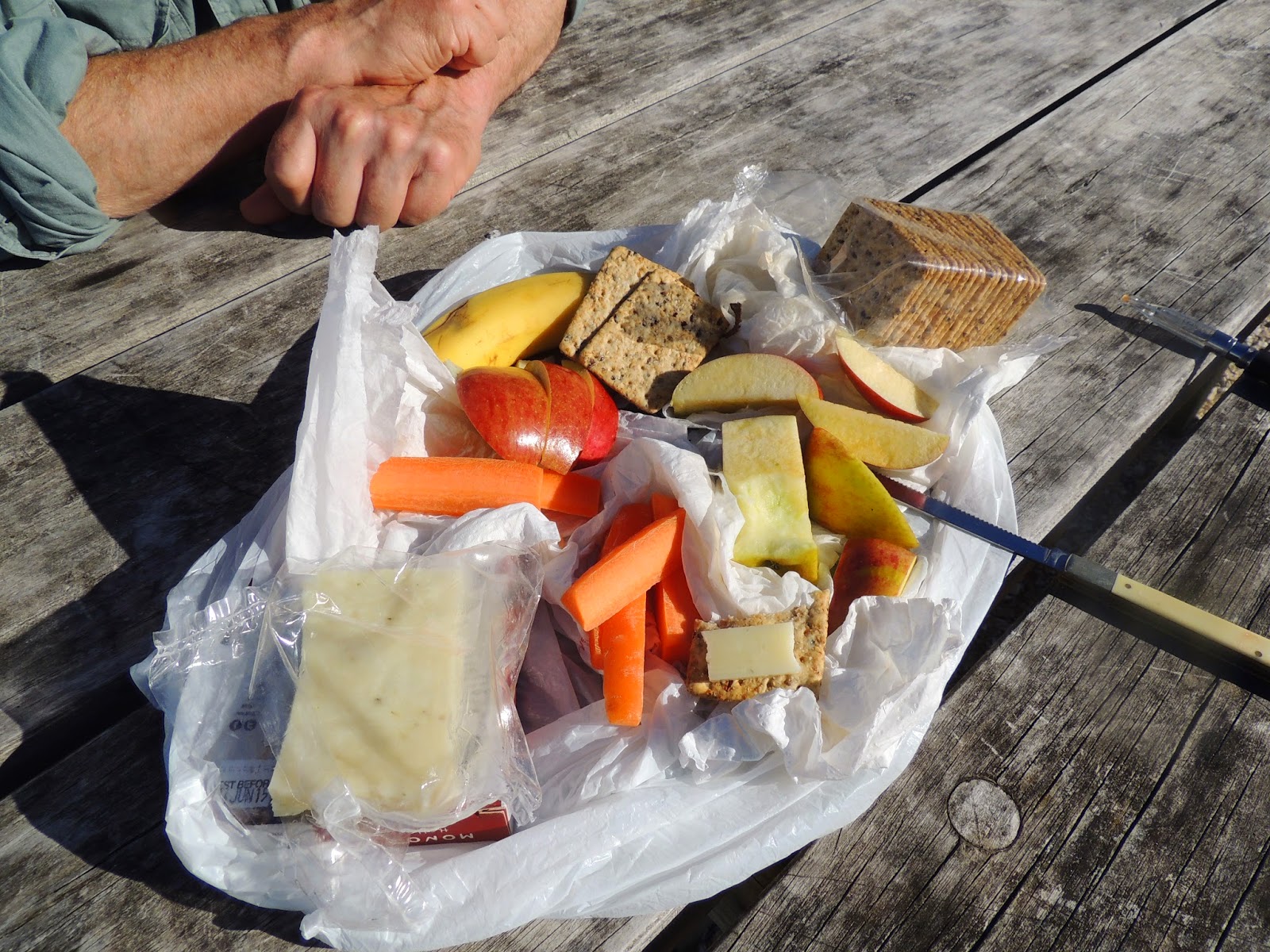 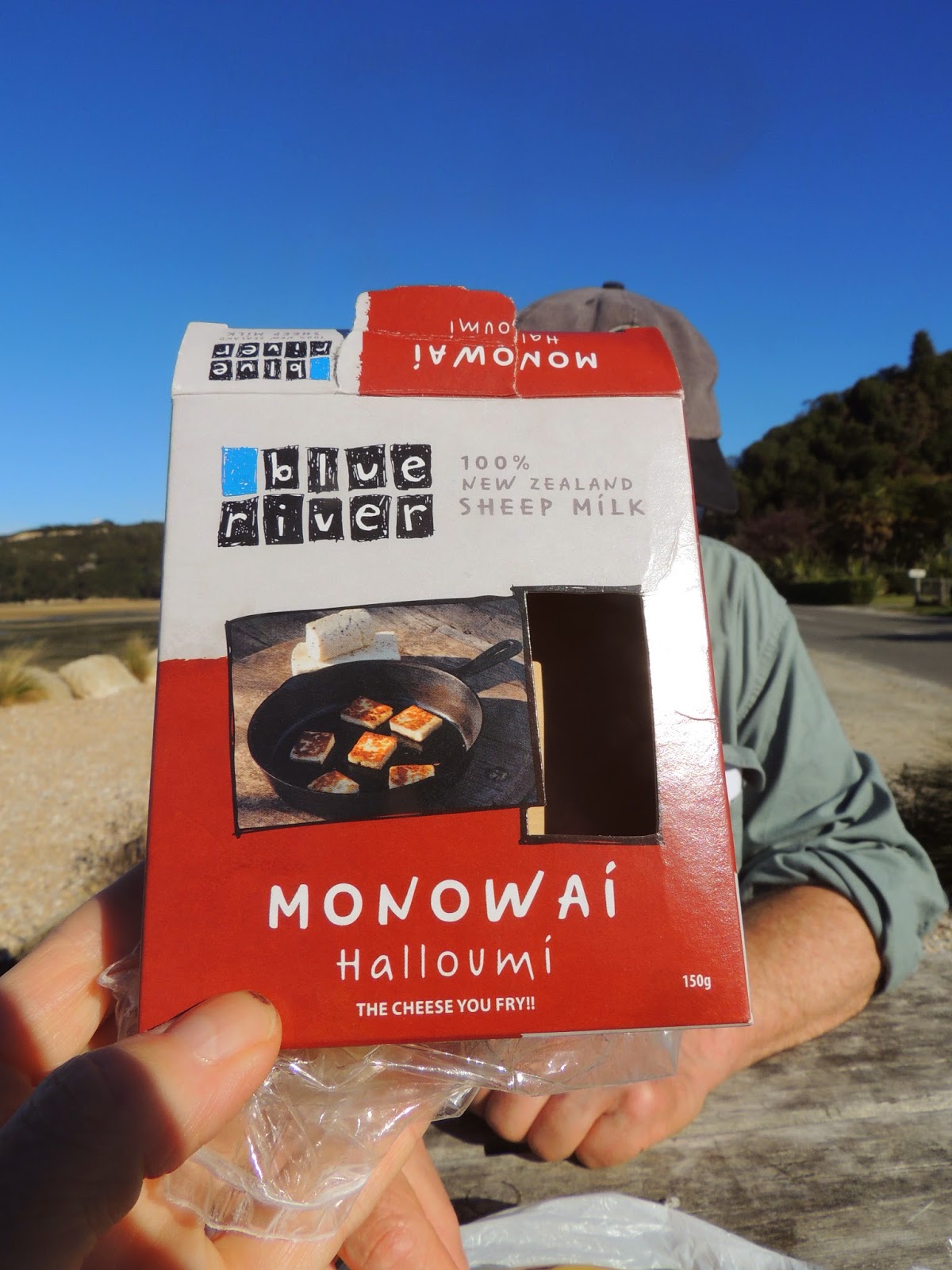 As always, the return looked nothing like the approach. 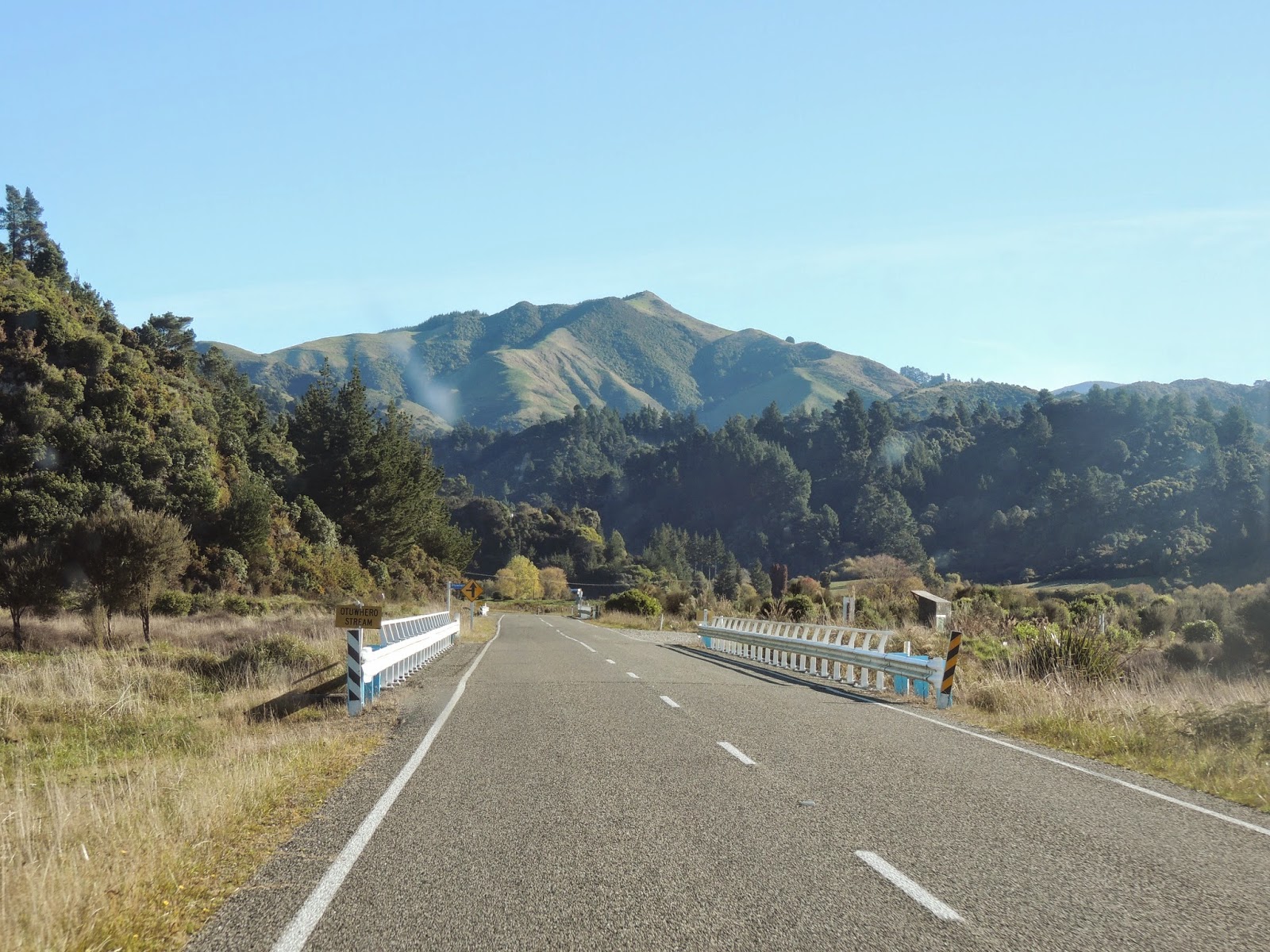 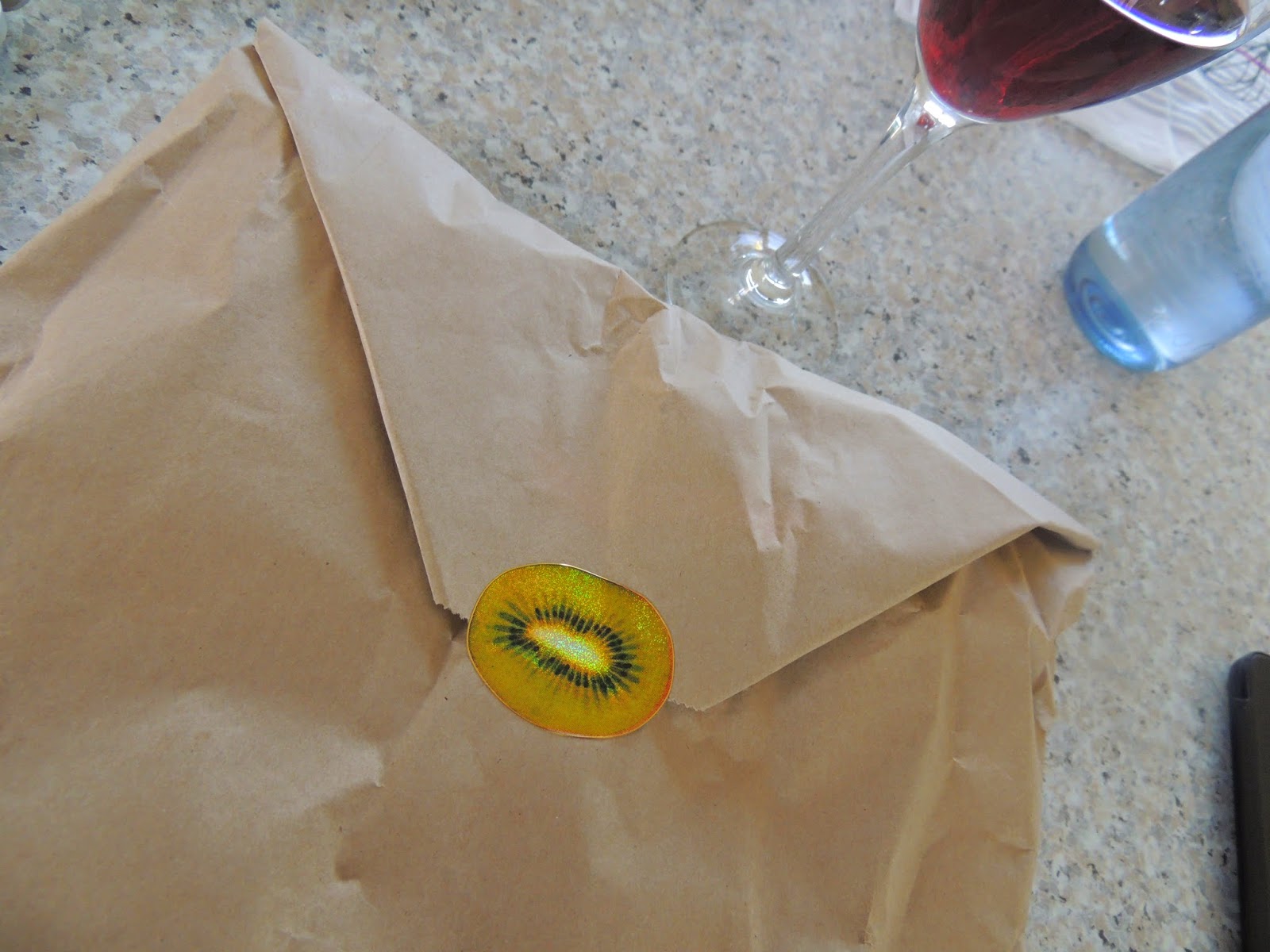 A new friend, back at the studio. Preying mantis, friendly creature, attracted to the warmth of the computer. 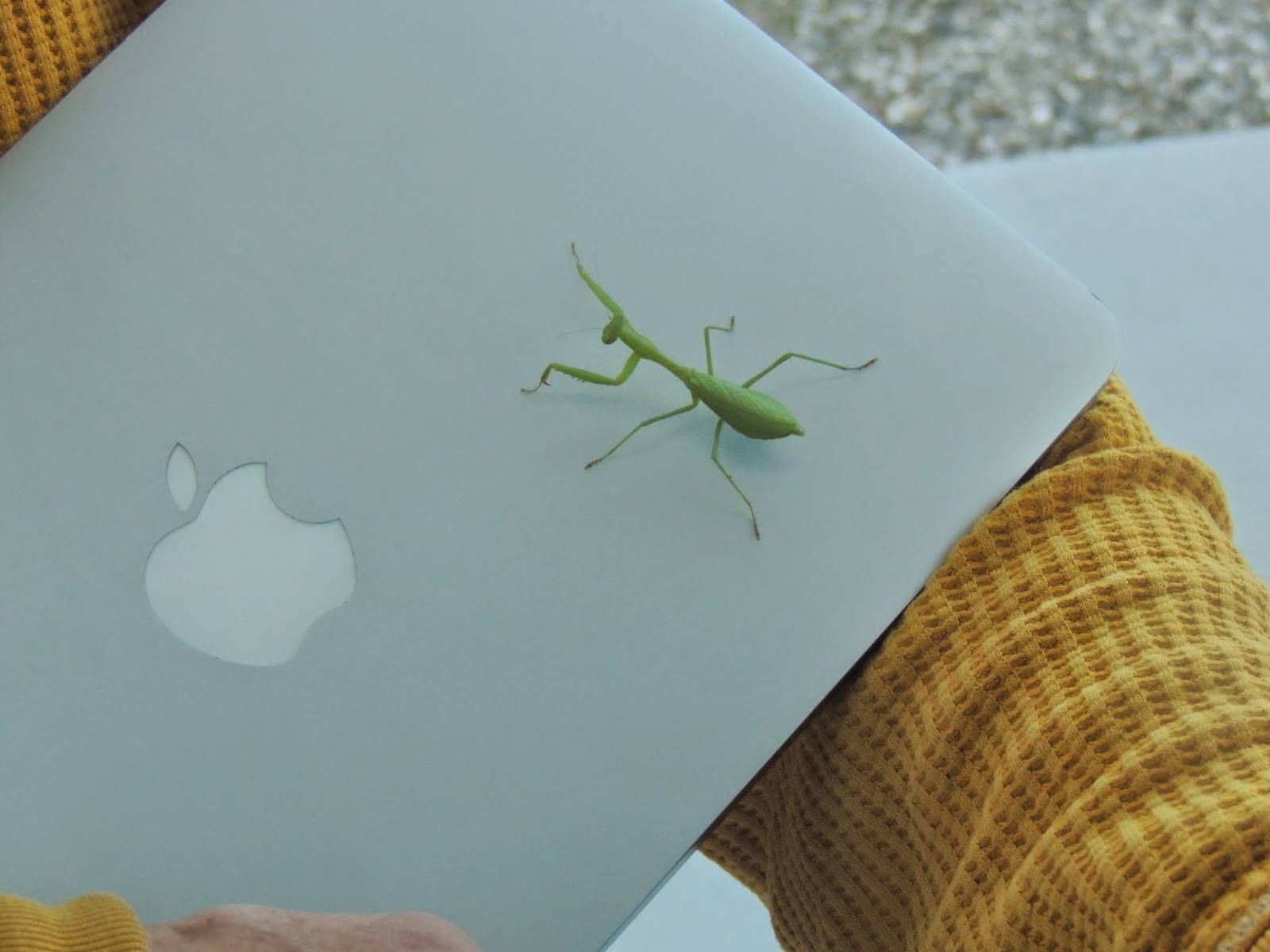 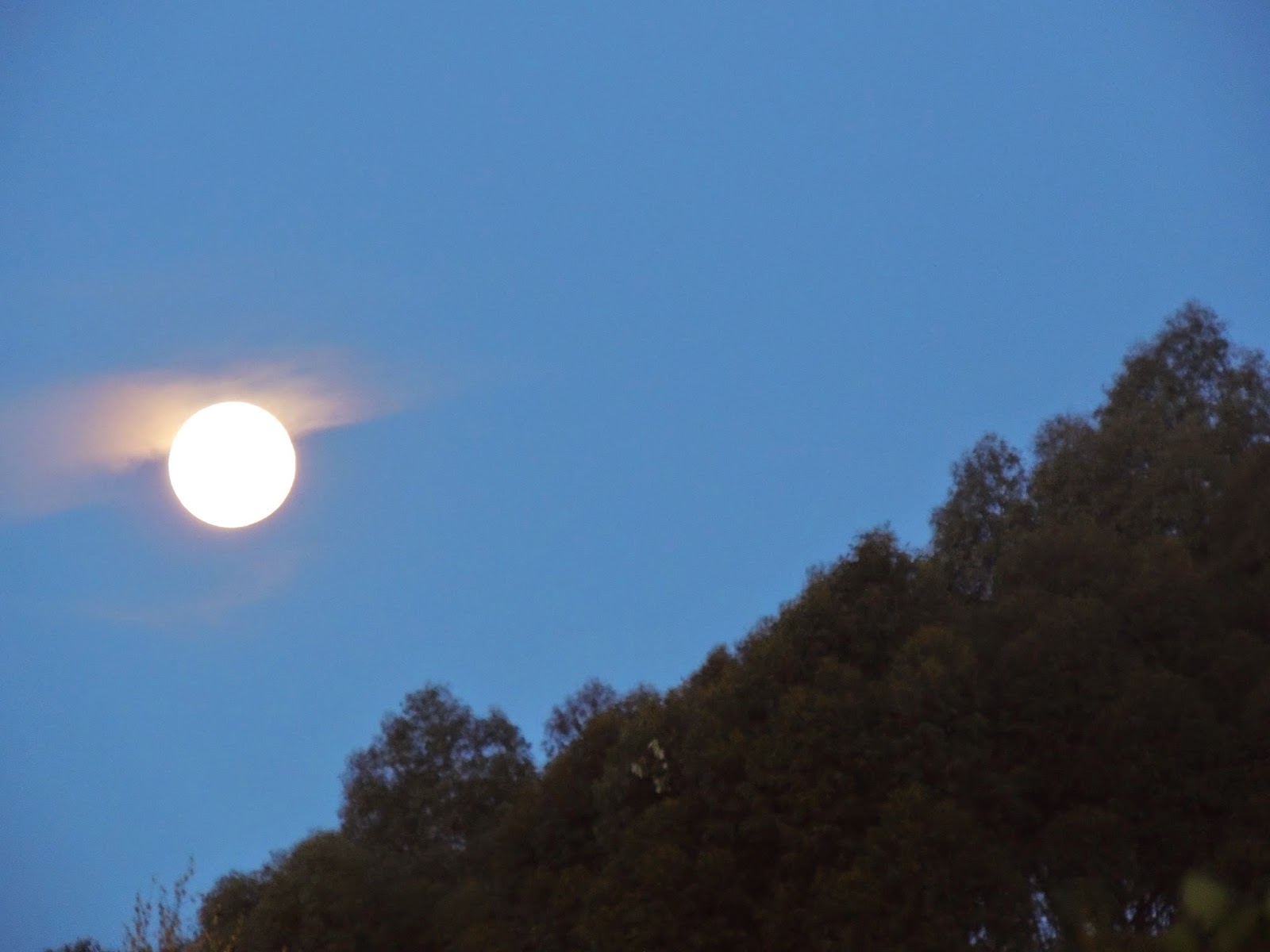