In 2013, Glenorchy's population was 363 souls. For a place so tiny, we were delighted to locate a few airbnb rentals. There is no electric camping here right now, so we reserved a few nights at a small cottage, though truth be known (all together now) we'd rather be camping.

The first European settlers arrived at the Head of the Lake probably in late 1861. They were shepherds working for William Rees who had taken a lease on all the land at the Head of Lake Wakatipu, east of the Dart River.

We were tired when we pulled in last night and Art pondered backing up this winding driveway but didn't, which meant he had to back the camper down the winding drive today, no easy feat, but done. 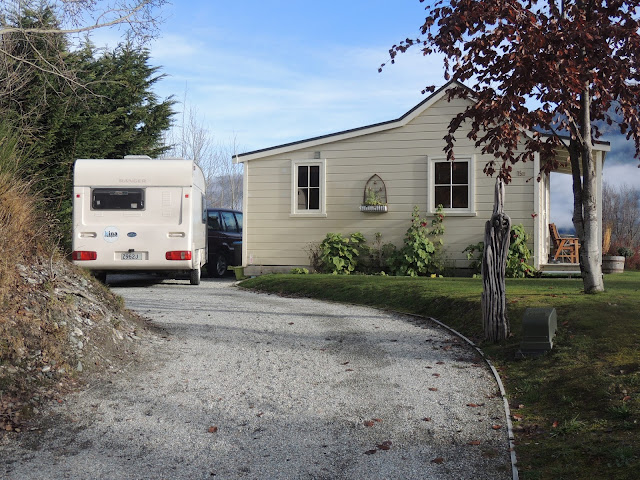 I found a new haloumi made by small-batch NZ cheesemaker Whitestone Cheese Co. 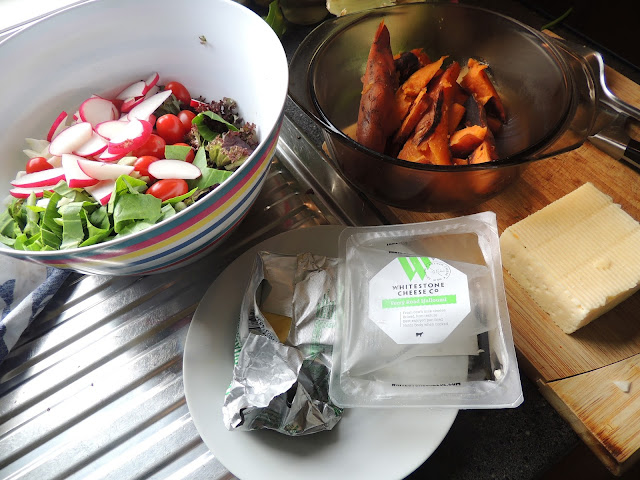 This shot's especially for Carly, who shares our love of fried cheese, here for breakfast with a big salad and some buttered organic kumara to keep us moving on our eight miles of walking today. 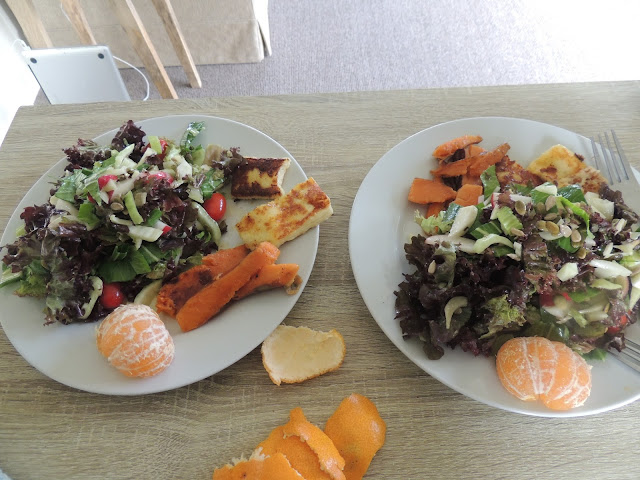 We walked to the wharf as the clouds started to clear, except for one long low bank. 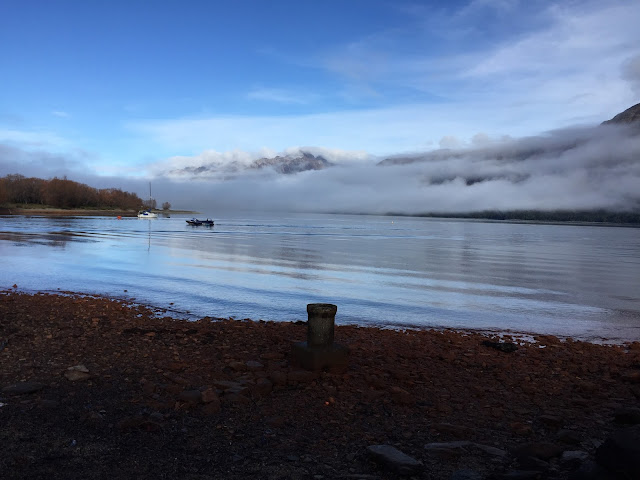 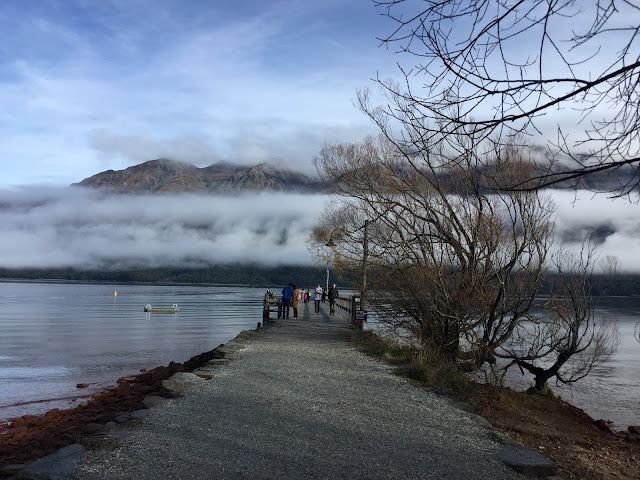 There are jet boats to take you across the top of the lake for a modest sum, but the proprietor of a local cafe told us the lake was so low it was two meters (six feet) from water to dock on the other side of the lake and suggested we drive if possible. 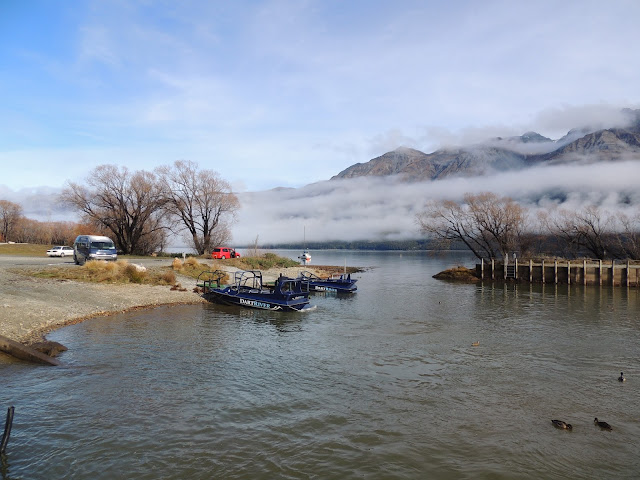 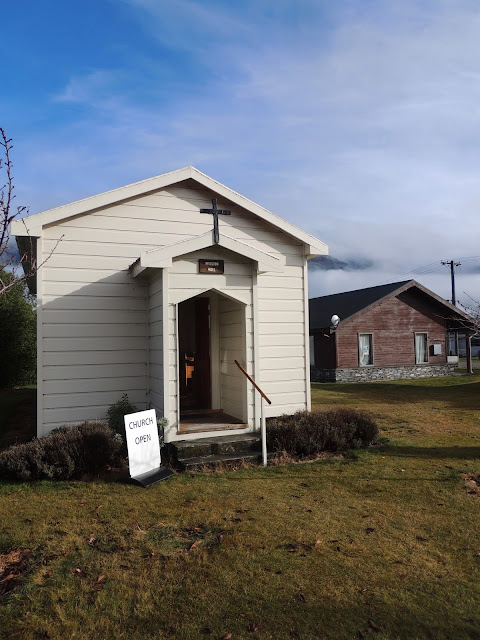 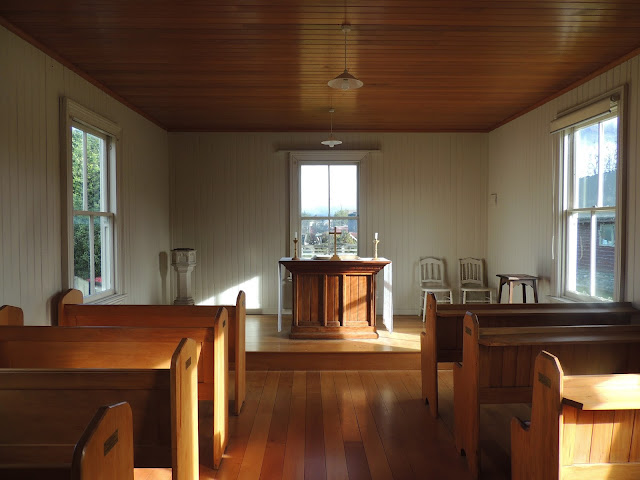 I don't see my denomination on the list so I guess it gets me out of one more Sunday (and counting). 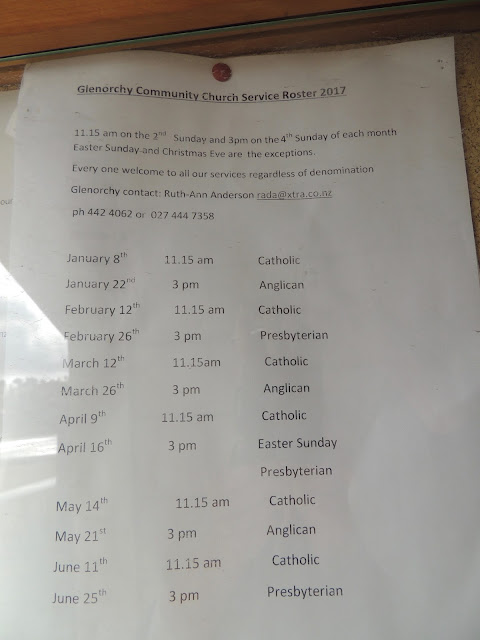 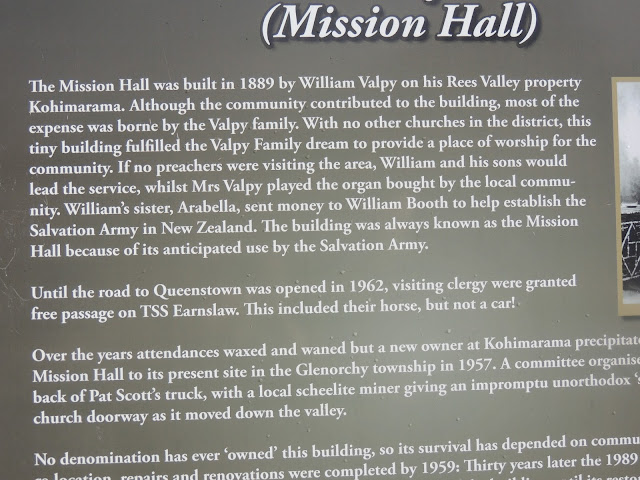 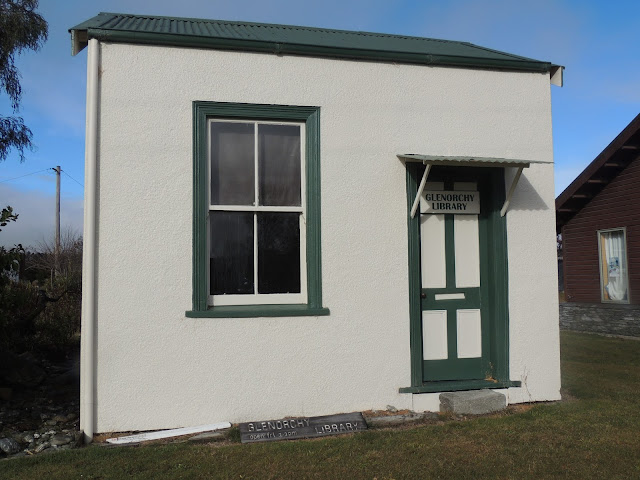 Librarian Brooke: these hours (one per week) would be perfect... 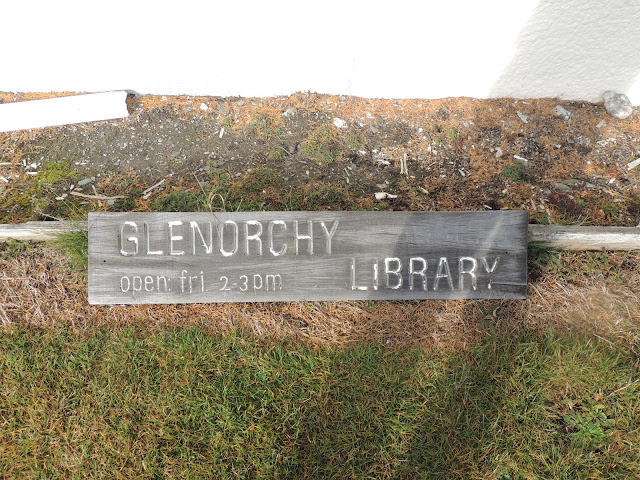 Someone's having wedding pictures taken at the iconic town building. 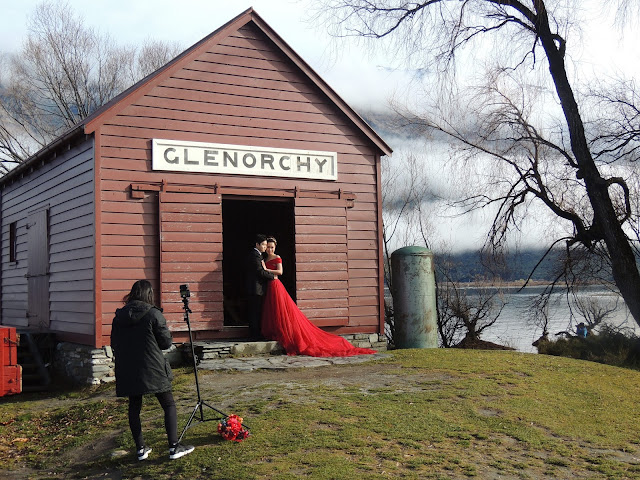 This friendly cafe woman also owns Kinloch Lodge on the other side of Lake Wakatipu. We did not ask her to cut that gorgeous carrot cake. 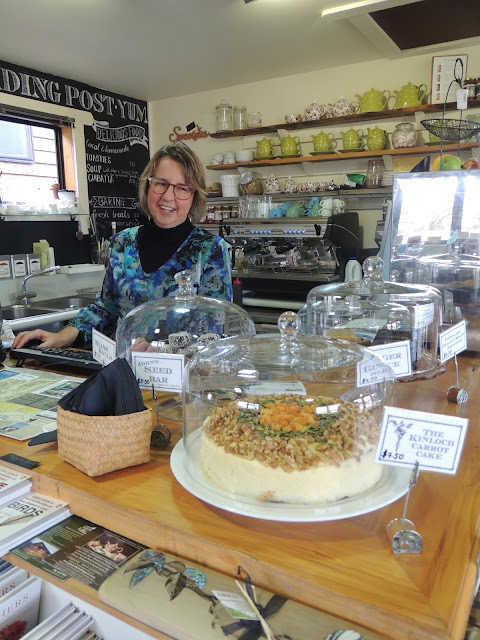 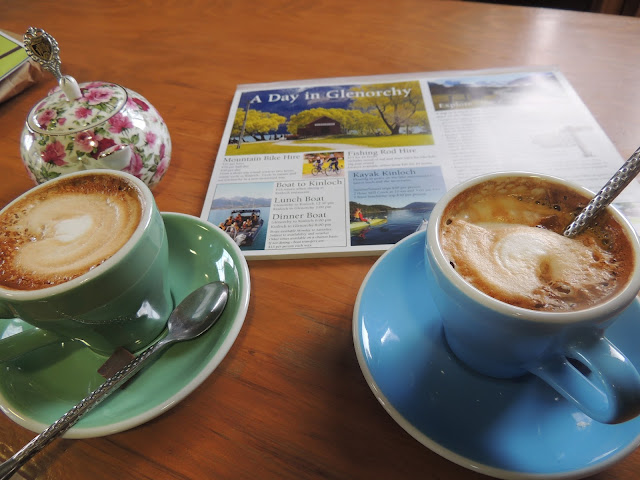 Time for a stretch-out walk along the lagoon, sunny now and warm. That cloud on the lake is persistent. 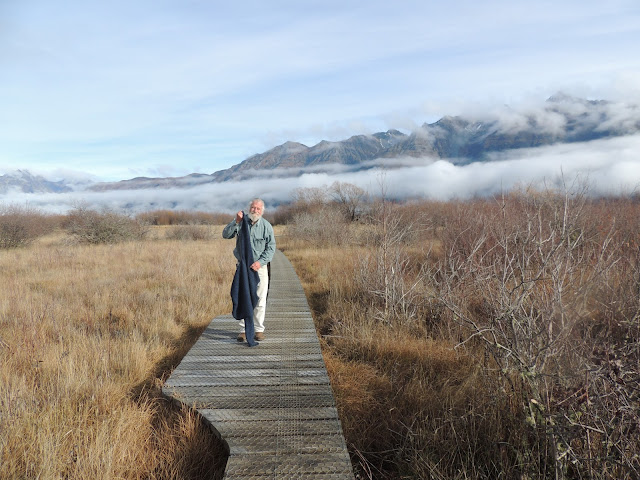 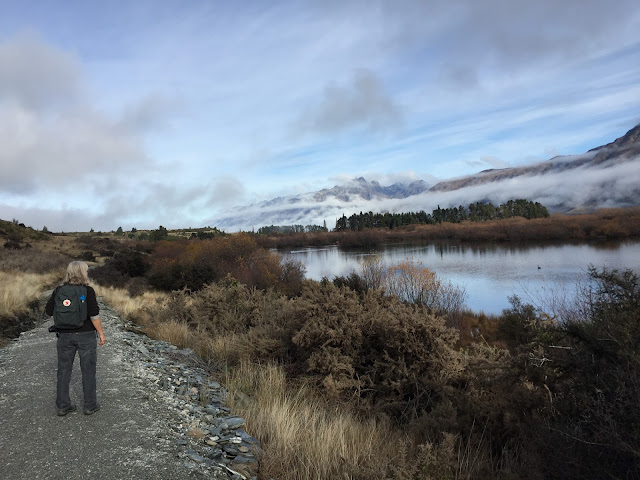 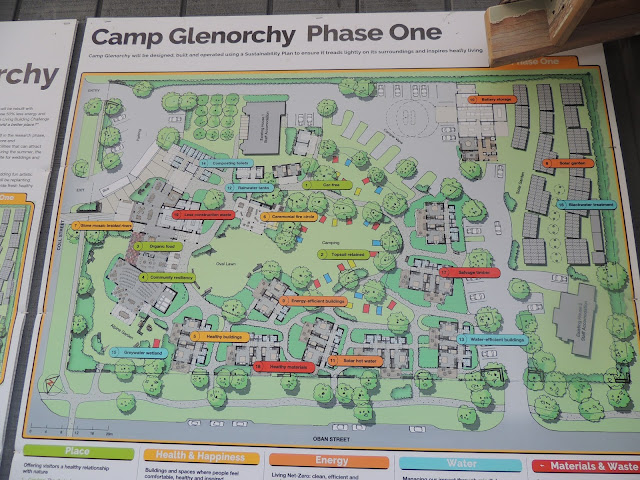 Mrs Woolly's General Store ("gelato, organic produce, and high-quality giftware") is closed for the season, but the book exchange appears to be thriving. The lamb upper right is reading "War and Fleece." 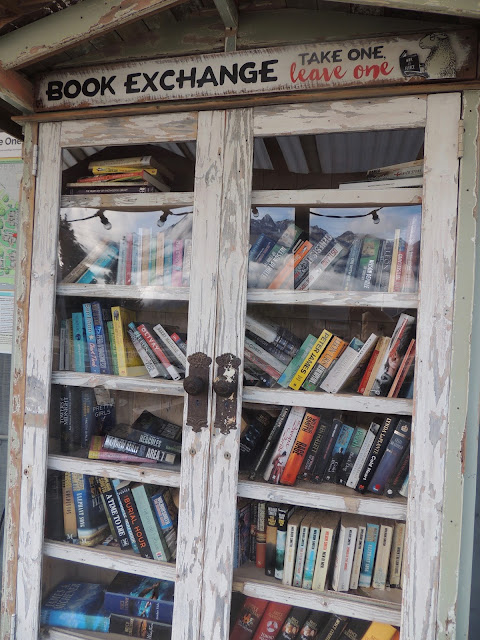 The all-day cloud was low enough to permit some porch-sitting in the sun when we returned, and soon our bellies were grumbling. Long time since breakfast. 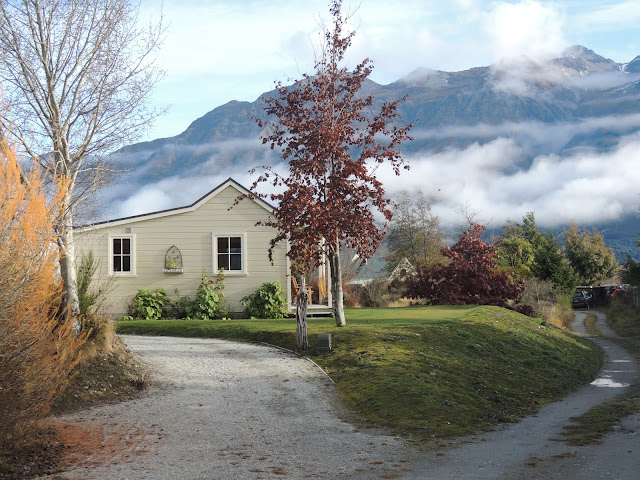 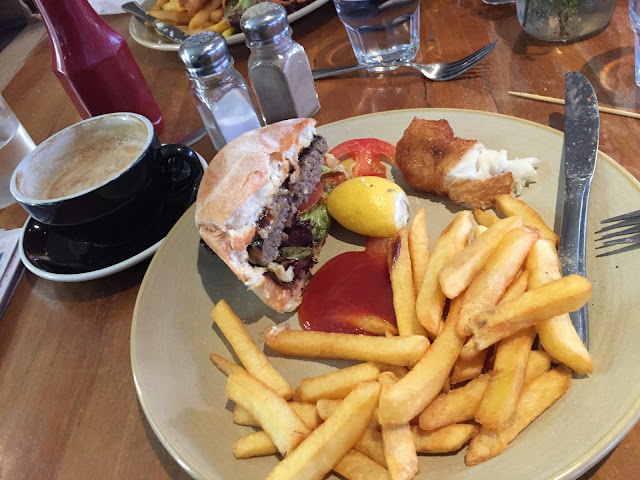 Tomorrow we're going to drive around the top of the lake to Kinloch Lodge (click here to view map if reading in email) and do some exploring from there.