Our campground beach in Hokitika. 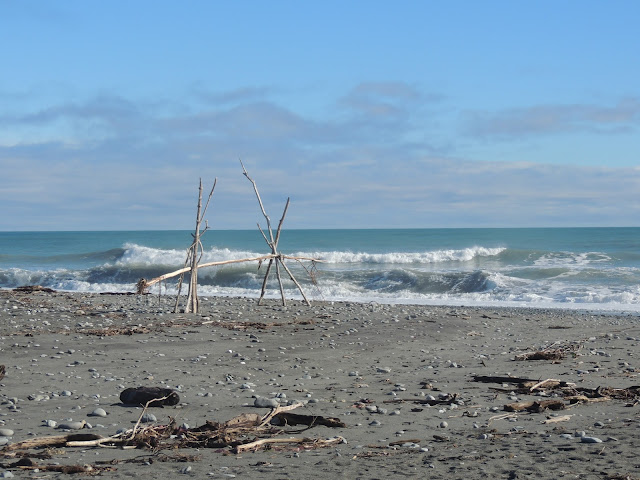 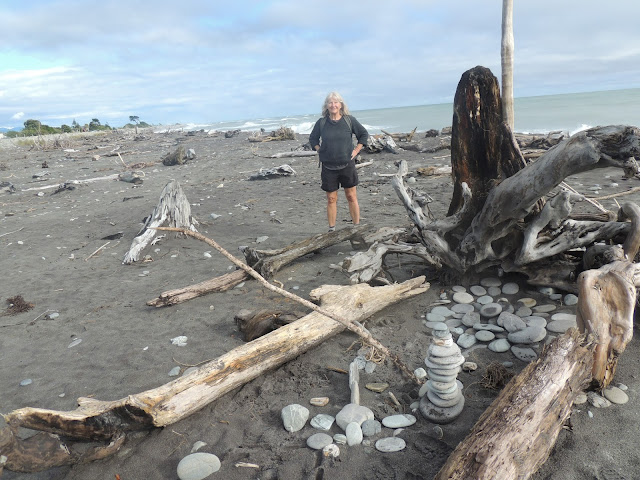 Yesterday we drove from Punakaiki to Hokitika, right down the west coast (click here if you're reading in email to see map).

This is another gorgeous verge of a road, misty yesterday and all the more mysterious for it. 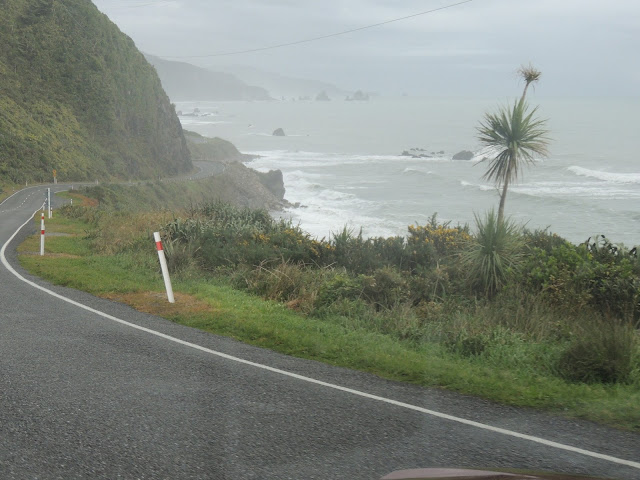 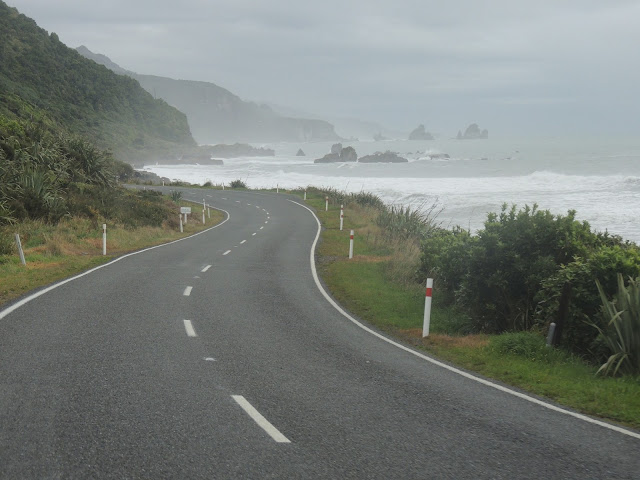 We stopped in Greymouth to go to the bank. With great good fortune, these two friendly Kiwis (the supply seems to be endless) were standing across the street as Art pulled our rig into a large parking spot.

"Your hitch looks dodgy, like it's wiggling," they said. And proceeded to check with Art the nut holding the receiver ball...which was loose. "Where'd you come from?" the other guy asked. When I told him Punakaiki he gave a low whistle (check those pix above once more--eek). They went to get a wrench and we tightened it up, later stopping elsewhere to tighten it even further. I ran after them with two beers that had been bestowed on Art the previous day after he jumped a young couple's car. Pay it forward. 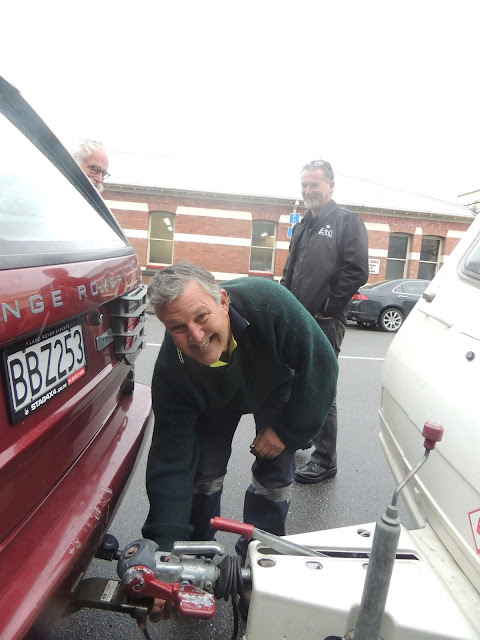 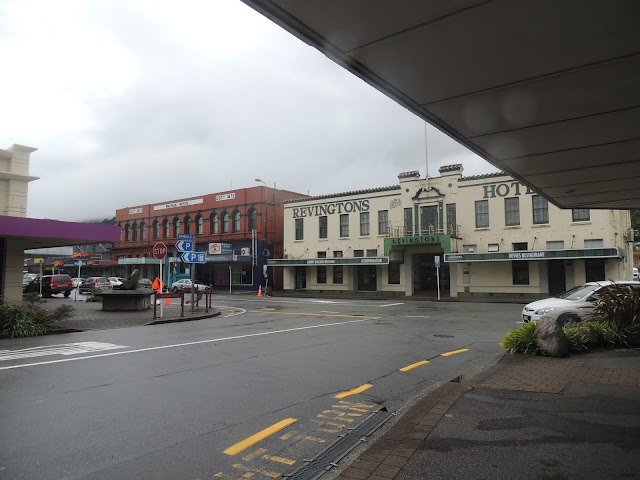 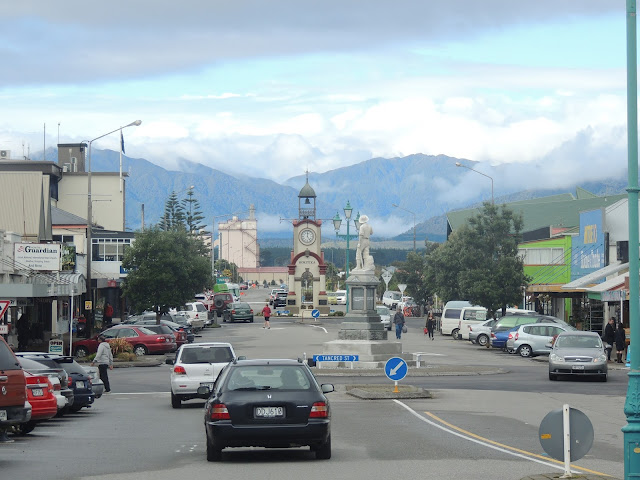 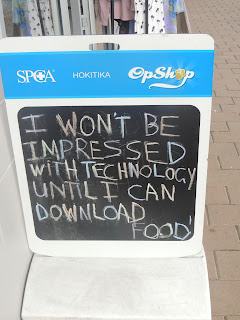 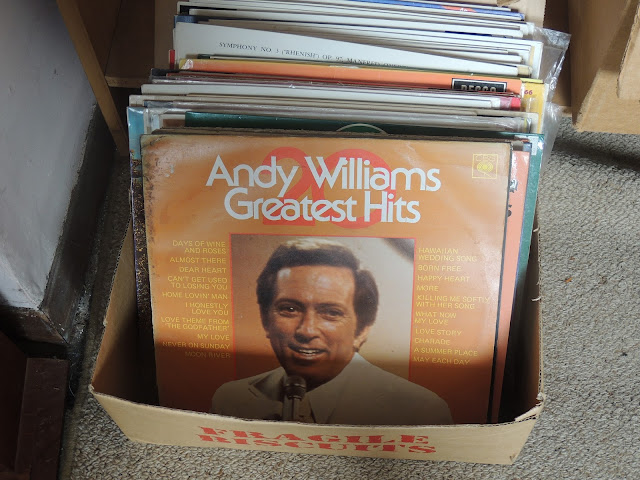 I've been on a Ruth Rendell reading jag lately. Goodness, can she write. Val McDermid too. 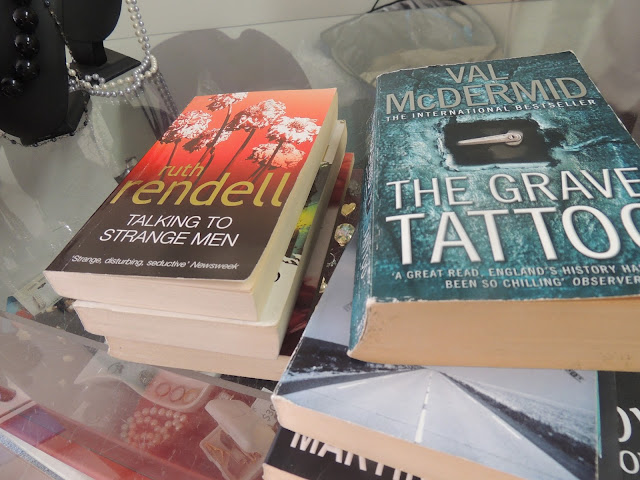 Art found a brand new Carhart shirt for $2. The color suits him, don't you think? 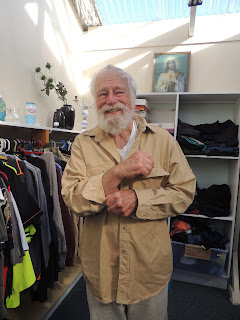 Another Rendell at this shop for me. 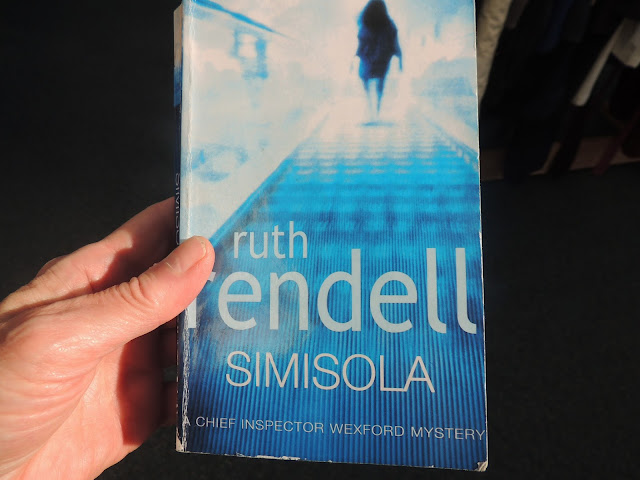 We stopped in at the West Coast Vape shop to ask about the NZ laws, which have changed since we were here two years ago. Turns out the owners traveled to the US (including Chicago: "I liked the jellybean," she said) several years ago for a couple months, discovered vaping, quit smoking, and returned to open shops in Greymouth and Hoki.

Within a year, selling nicotine-containing vape juice will be legal in NZ, they told us. Currently, they import nicotine from the US and add it to their juices "free of charge." It's not lawful to sell nicotine-laden vape juice, so they don't charge for adding it. They had many questions about the US vaping laws and I had many answers, including the fact that in Indiana it's illegal to vape liquid not made in Indiana, which the many cops who drive from Michigan to Indiana do regularly. For a country obsessed with getting people to quit smoking, all this is laughable. 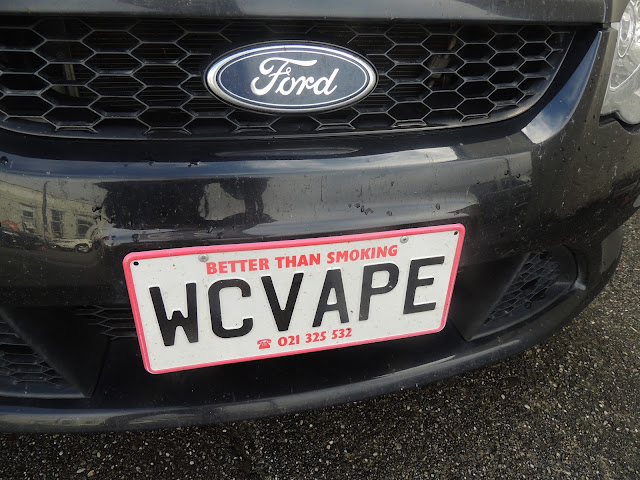 Time for a stop at Stella's Cafe and Cheesery (a fun word). 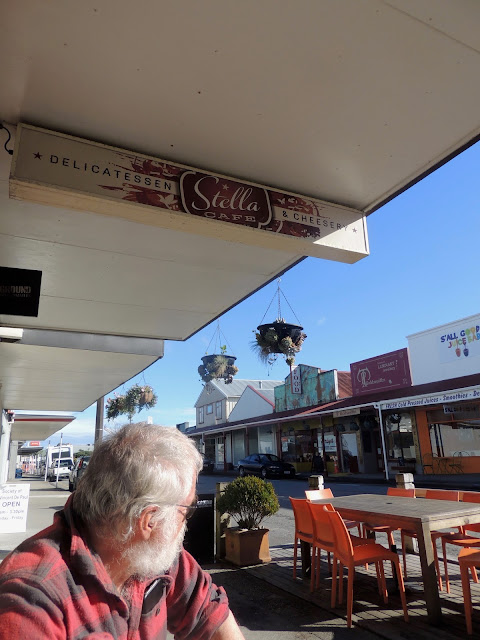 The Queen of Flat Whites awaits her elixer. 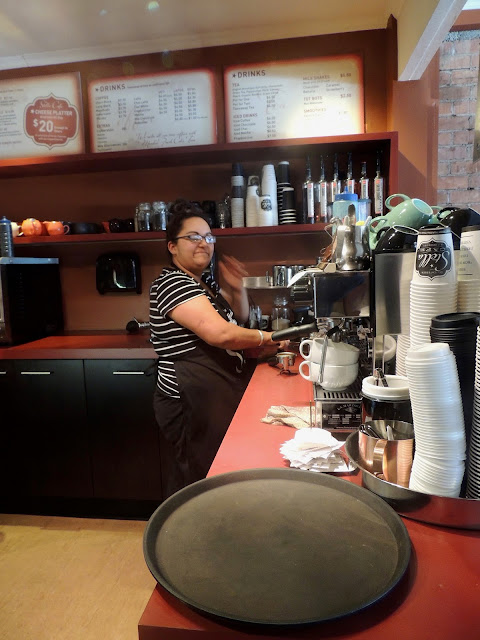 We've pretty much trained ourselves to say no to everything in cases such as these. 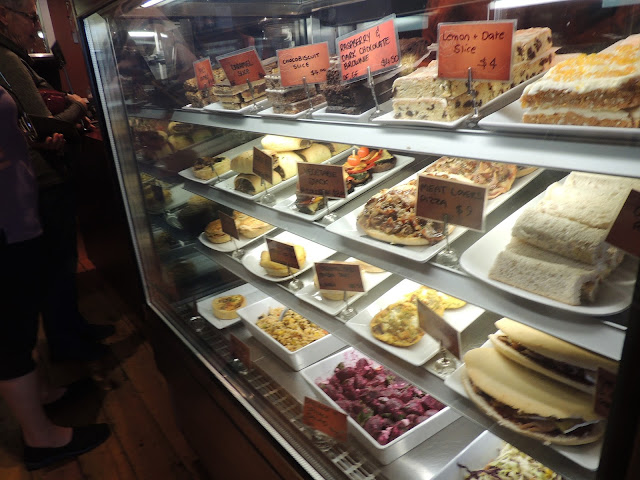 But after spending half and hour tasting and purchasing cheeses and pate from this friendly Australian transplant, who manages Stella's ... 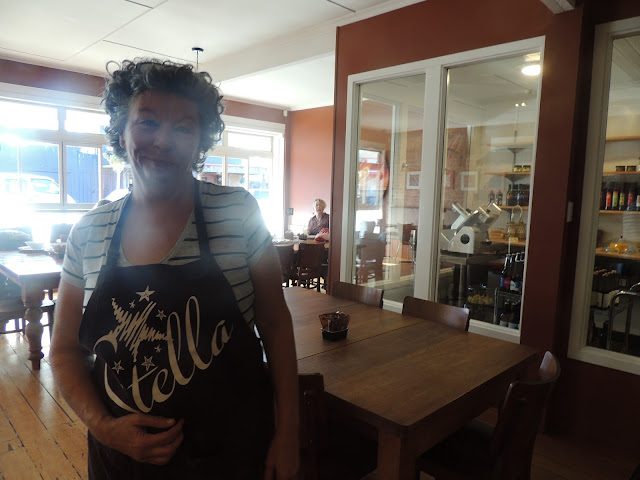 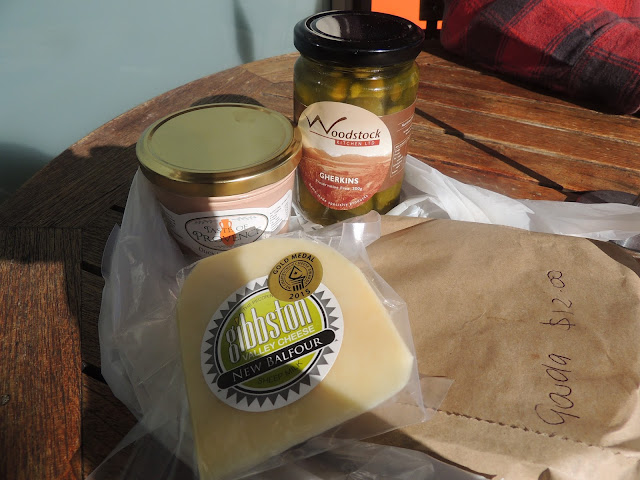 ...she appeared outside with a tasting plate. T'would be rude to say no, yes? 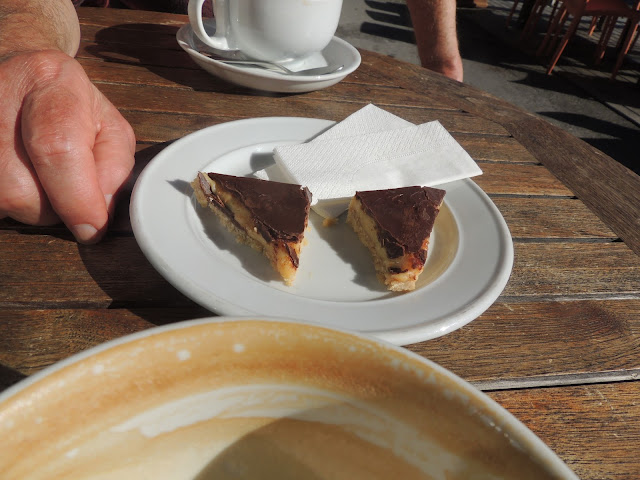 It was pouring when we awoke but cleared to a sunny day. One west coaster opined that it rained a lot, but when the sun came out it was like nowhere else. Could be true. 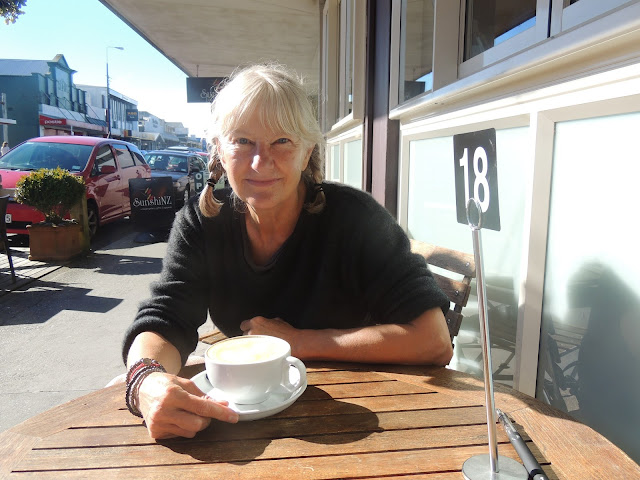 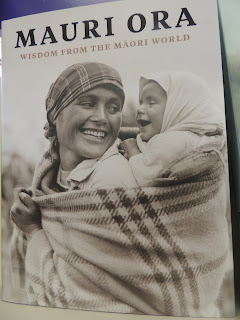 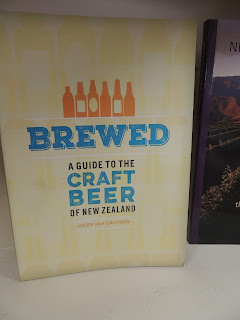 Walking back to the campground, overloaded with books and food. It's a lovely camp, offering motel units along with camper parking. 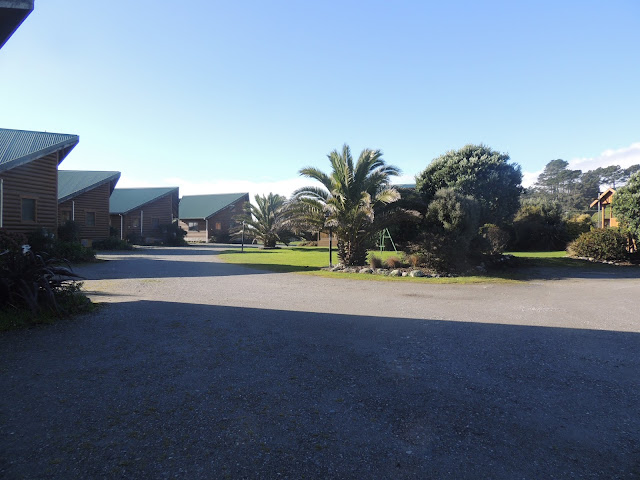 A beautiful day in Hoki. 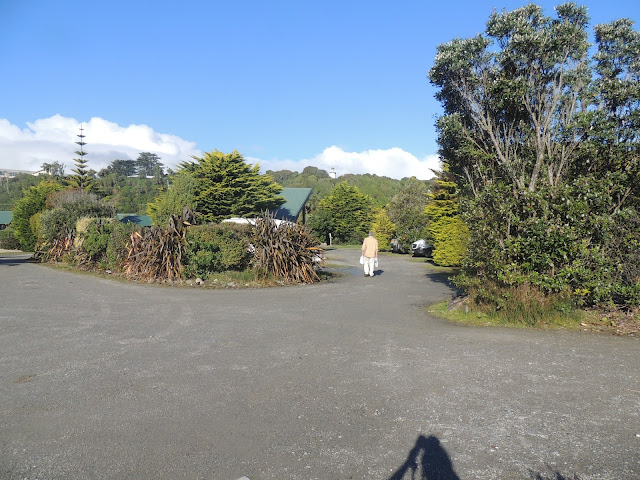 Capped by a brief late-afteroon shower and rainbows. Hoki's a gold rush town. Maybe tomorrow we'll look for that pot of gold, or maybe we already found it. 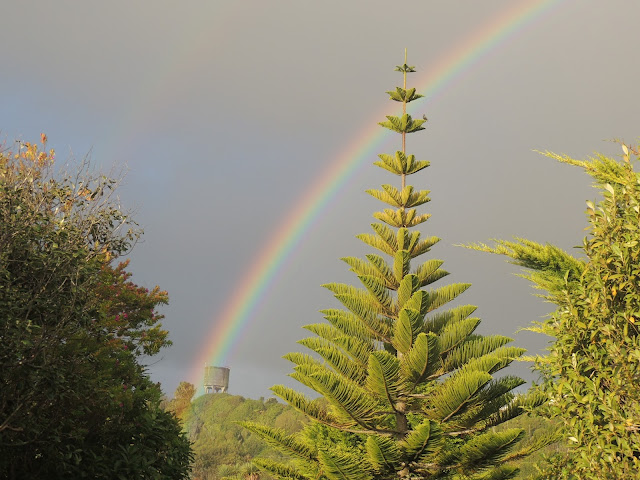