The Road To Haast

From the glaciers of the Southern Alps to the rainforested sea, this is possibly my favorite drive in all of NZ. It moves you toward the southern boundary of the West Coast Road and offers a sense of primeval isolation.

Haast is famous for its dramatic landscapes. Situated on the western edge of Mount Aspiring National Park, in the heart of a world heritage area, UNESCO has compared it to the Grand Canyon and Great Barrier Reef as a significant natural treasure. 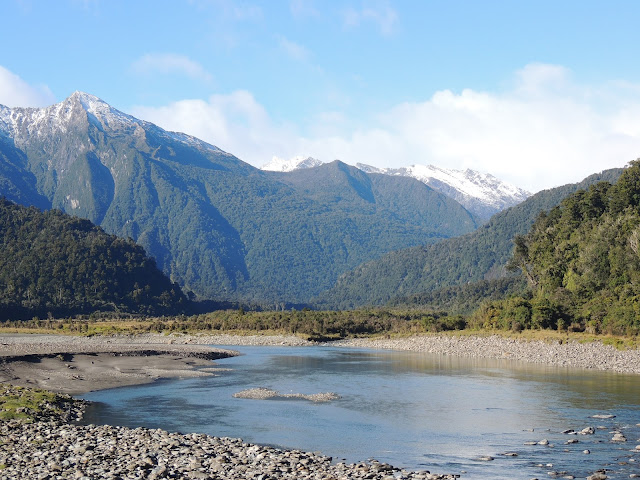 After copious rain and hail yesterday, on this blue-sky morning there's clearly more snow on those peaks. What an excellent campground--large-enclosure private shower/changing area (plus heated bathroom floor), an enormous kitchen, everything cleaned to within an inch of its life...several times daily. 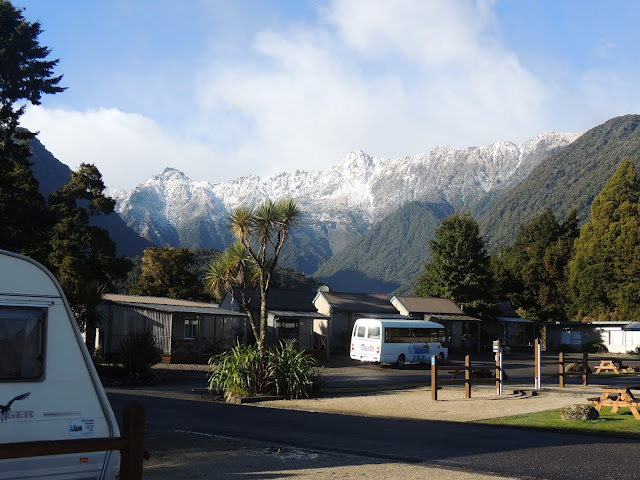 Art's driving this winding road and I'm lucky to be making pictures, often through a window. 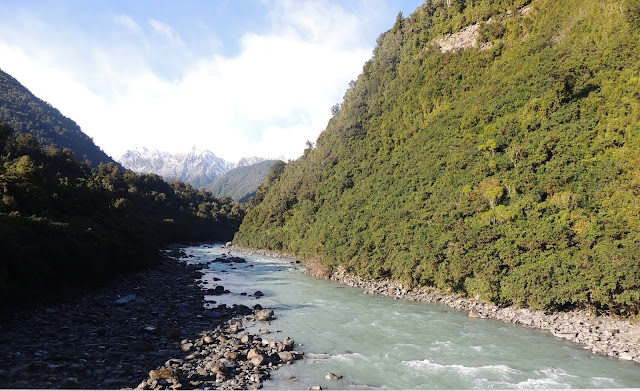 Here's the route (click here if reading in email to view map). 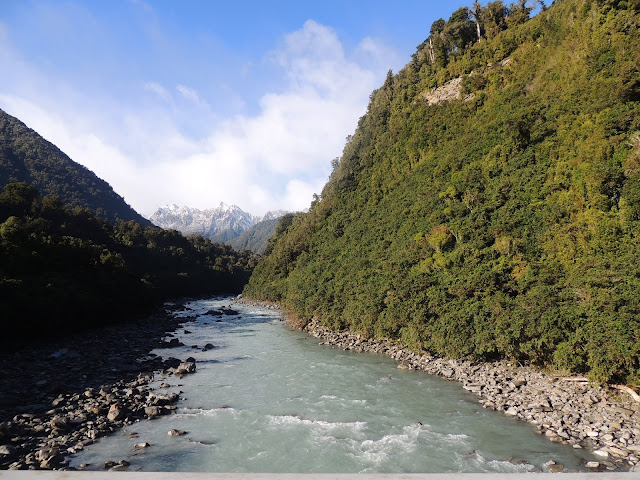 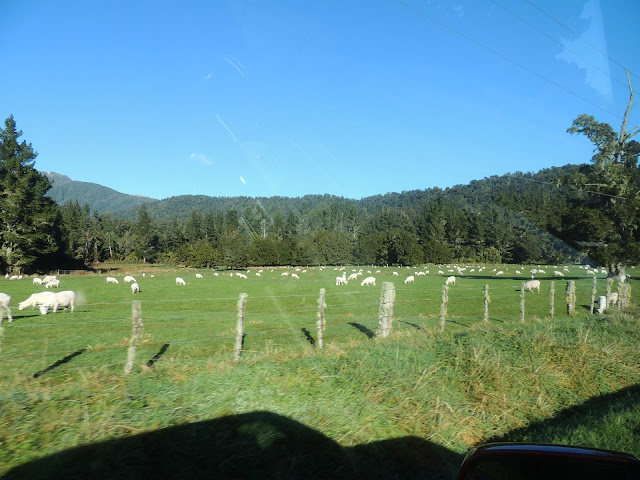 About every 10K I just want to stop and absorb it. 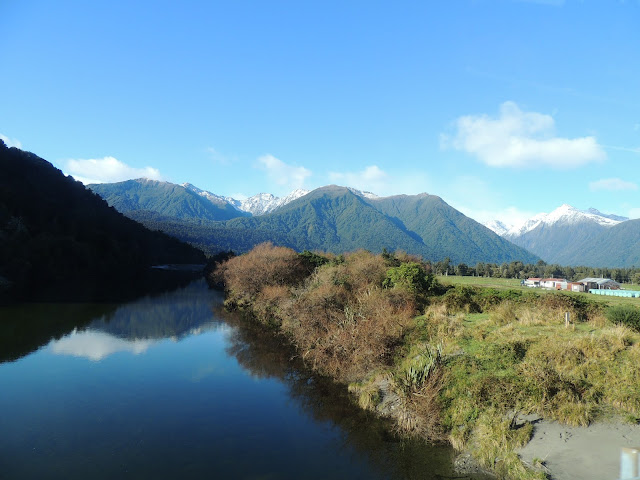 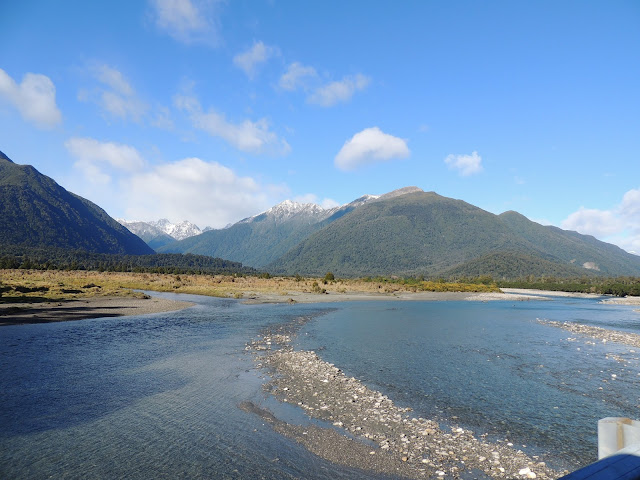 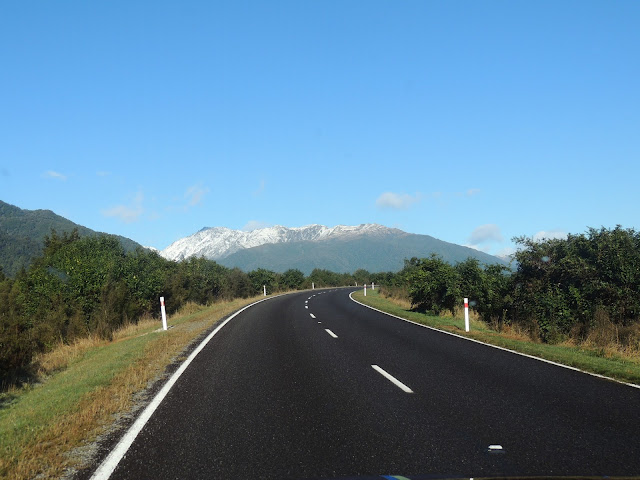 One-lane bridge with a sign everyone can grasp about who yields to whom. 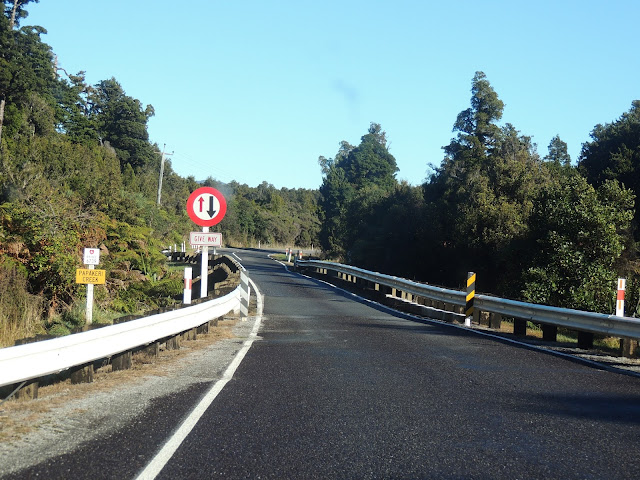 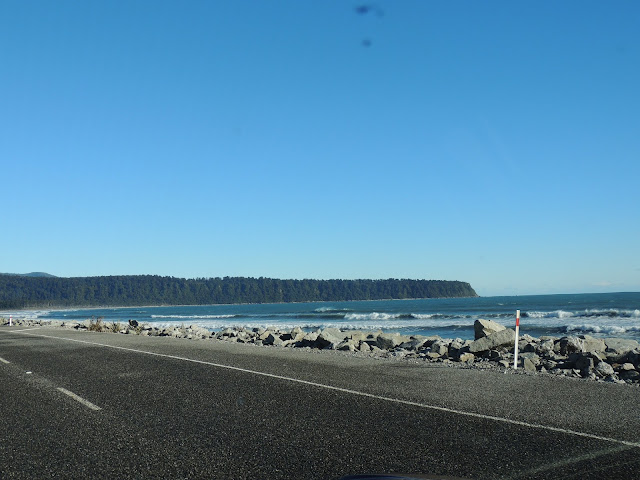 Art says to me: you know you have the same photo in here four times? Yes. From four different perspectives...because I love those rocks. 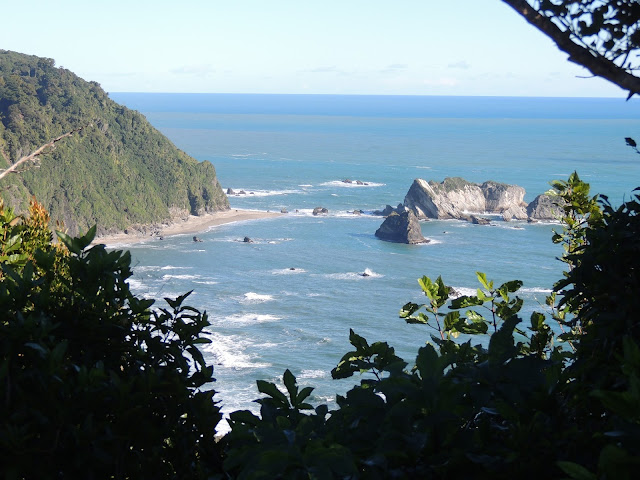 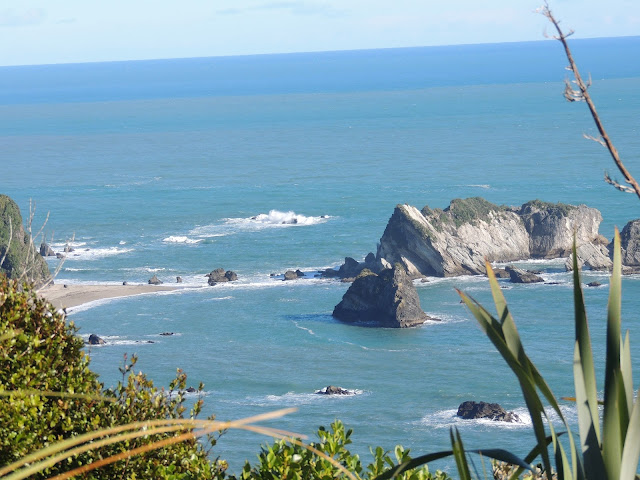 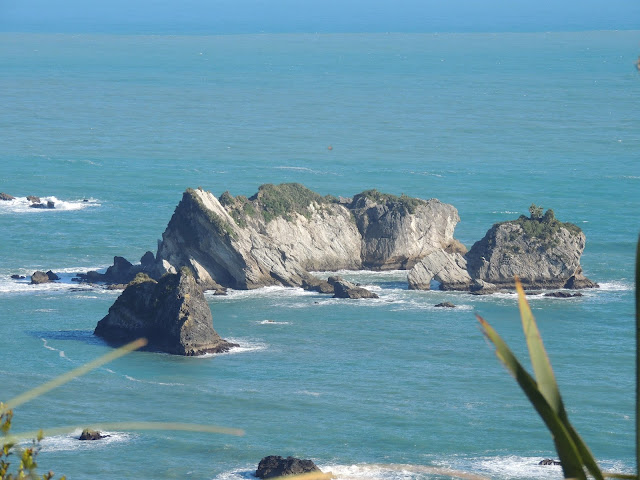 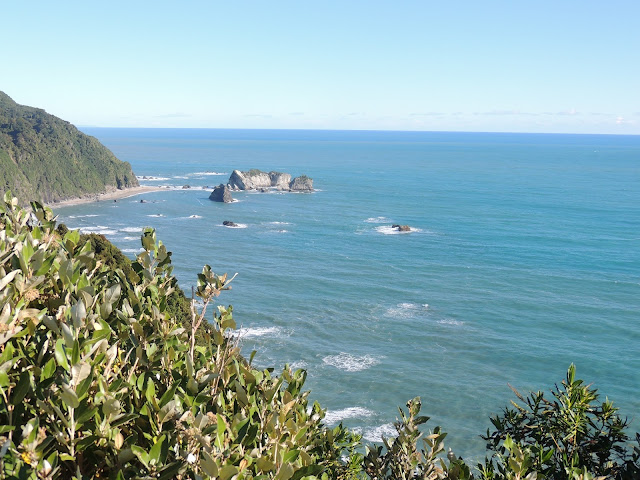 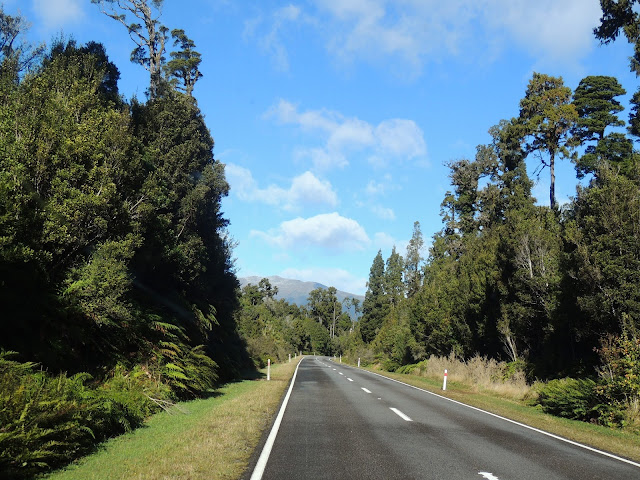 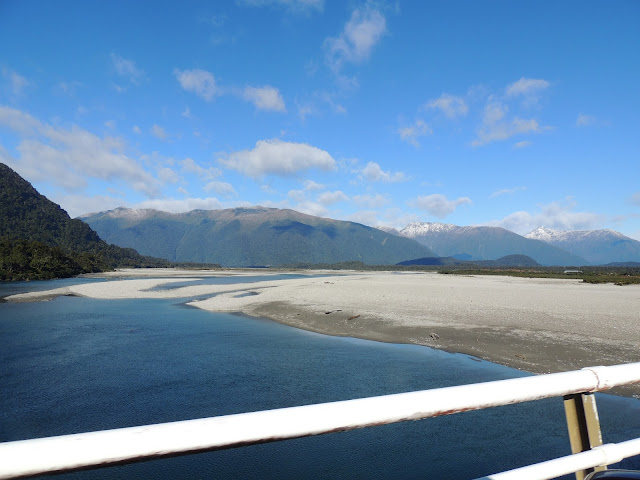 We had a bowl of chowder at the only restaurant in town. It featured old photos from when the road was built that connects Haast and Wanaka. 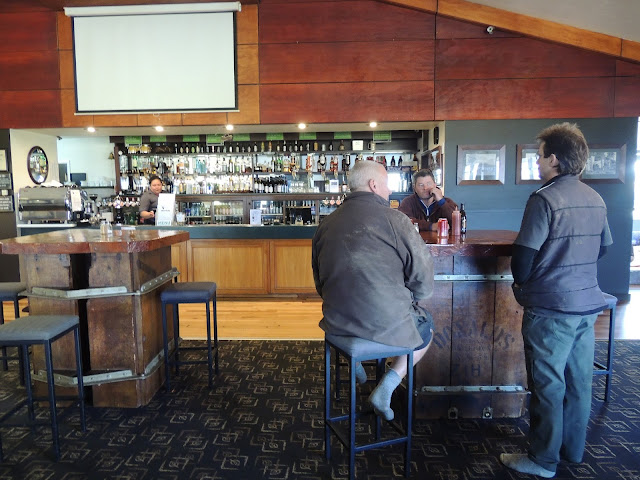 The tiny township of Haast was reachable only by air until the Gates of Haast (farther down the road) made driving possible. Look at this road-making effort. Tough stuff.

The Haast Pass Highway was finally opened in 1965, creating a vital road link between Wanaka in Central Otago with Haast. The Maori had always used the Haast Pass for trade and had named it "Tiori-patea" meaning "the way ahead is clear." 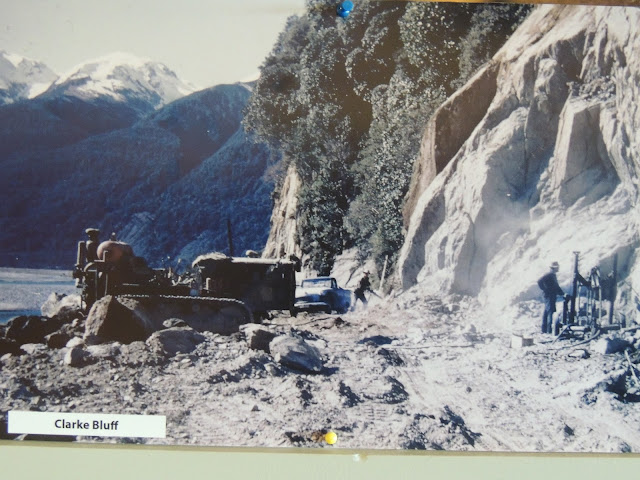 The Haast iSite visitor center, loaded with maps, booklets, and a really smart woman who apparently can answer any question. 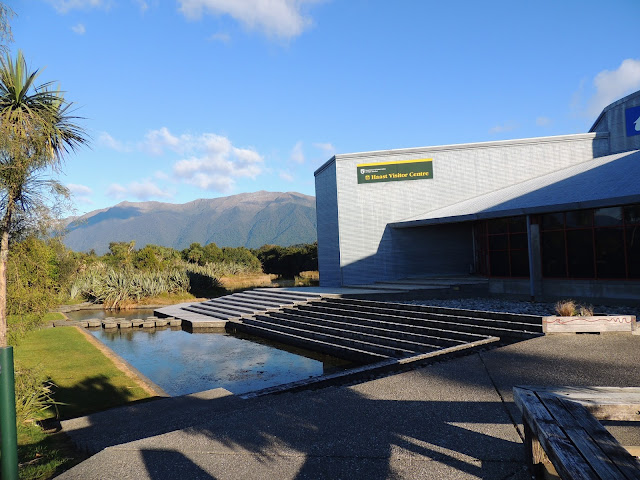 Last time we visited we made the short drive to Jackson Bay and walked to the southernmost point oj the West Coast. Pictures and video here.

Late-afternoon view out the caravan window. The only downside to Haast: limited wi-fi and absolutely no cell coverage, which you could also view as a benefit if you weren't expecting your work the day after tomorrow. We'll have to move on, but we will return. 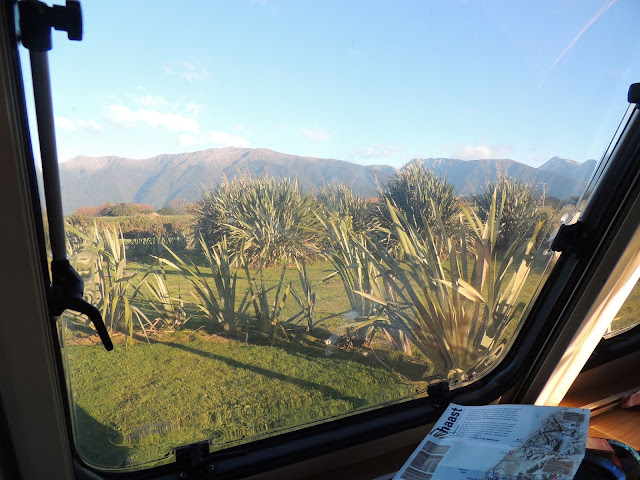