A raw veg-bleu cheese start to our last day in Hokitika, the gold rush town that dazzles. We planned a late lunch at the Indian restaurant in town after we completed a range of camp duties including showers, caravan clean-up, and grocery shopping for the trip ahead. 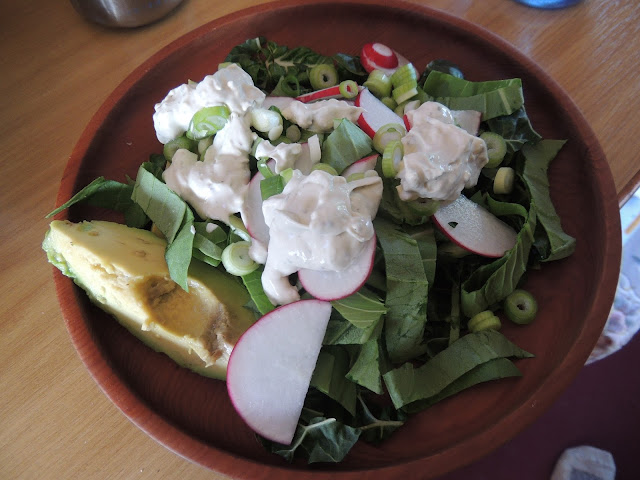 We've been here six (or seven) brilliantly sunny days and are now plotting a course for the next two weeks, destination Lake Manapouri and the mysterious Doubtful Sound. We'll be picking up our tortoise-like pace and won't be spending as many days in one place on the way there because the far south in NZ is the coldest region and we want to get there sooner rather than later. But we'll definitely be exploring the extraordinary lakes we'll pass when we head north again. (Click here to see the map if viewing in email.) 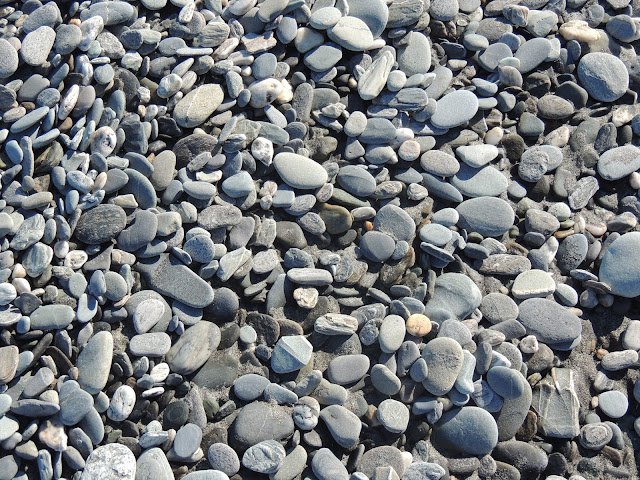 Five miles on the beach this morning unspooled effortlessly. 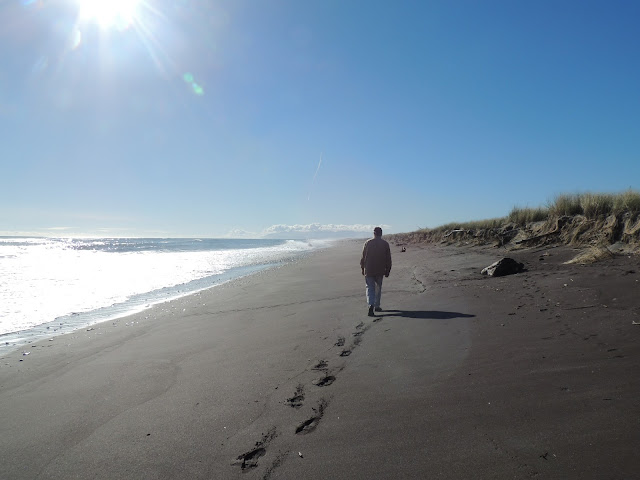 These rocks are for Wayne for his birthday (but don't tell him). I've collected his preferred rock from several beaches, including this one, and I'll probably have to pay extra baggage fees to get them home. 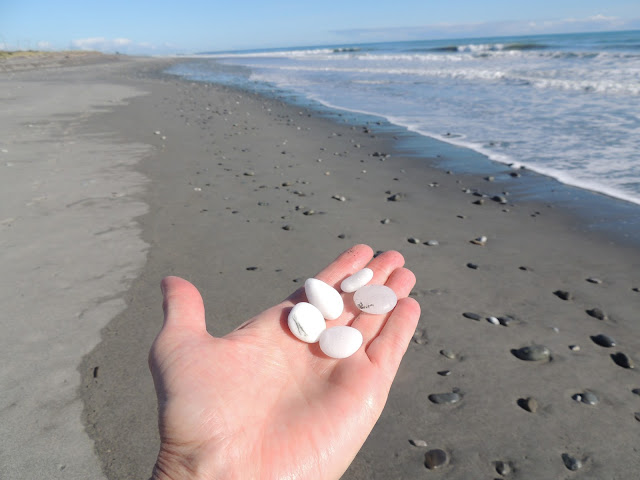 The beach was ours this morning, save for a lone runner. 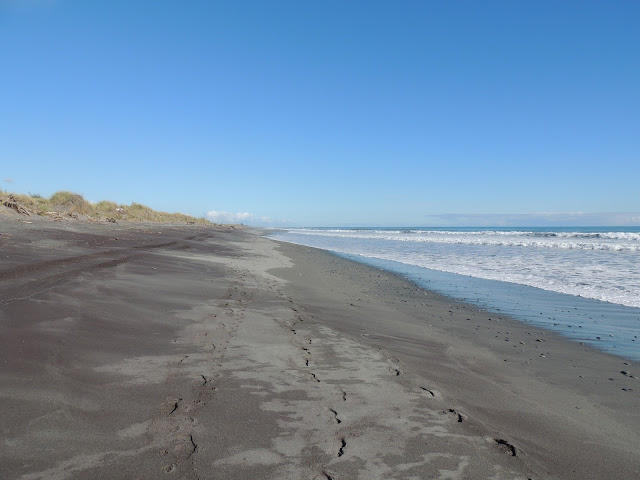 When we finally got into town, gassed up the Rover, and walked to the Indian resto, it was closed, a not-surprising concept we'd briefly forgotten. Most eateries close their kitchens from 3 to 5 pm, reopening for dinner, and in the interim only offer what's called "cabinet food" consisting of desserts and sammos. But we were very hungry and as is often the case stumbled upon a pop-up offering some lovely veggie quiches. And a large flat white, please. 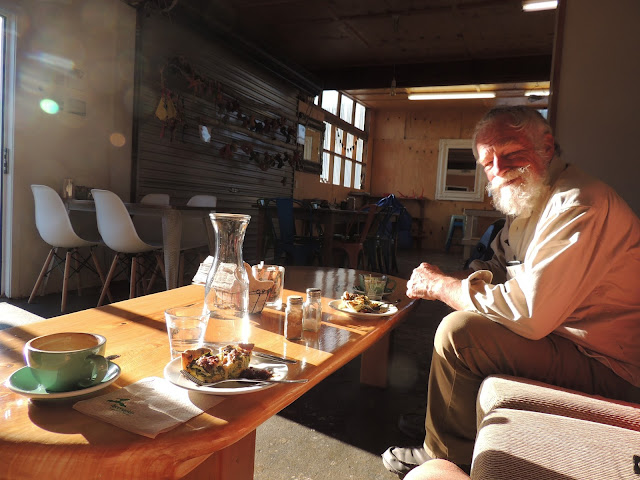 Tomorrow, on to Okarita and Fox Glacier. 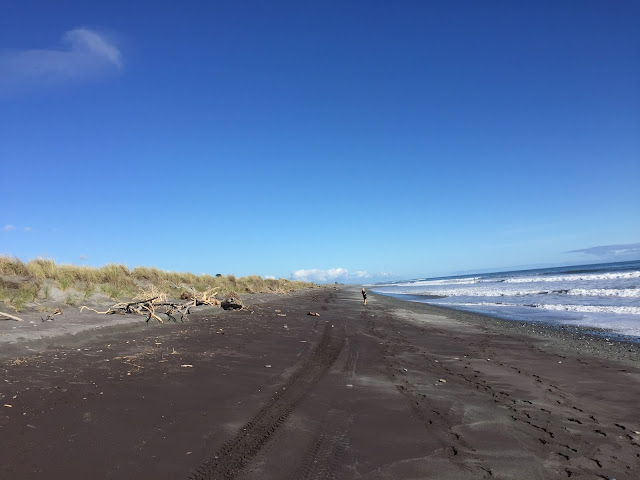