Via the NZ Herald...
French astronaut Thomas Pesquet has shared a spectacular photo of the South Island as seen from space. The image clearly shows almost the entire island, including the majestic Southern Alps, as there are no clouds obscuring the view. The bottom of the North Island can be seen.
The 39-year-old, who is currently on a six month mission at the International Space Station, tweeted the image on Thursday New Zealand time.

Hello #NewZealand
The south island under the scrutiny of our robotic arm ;) 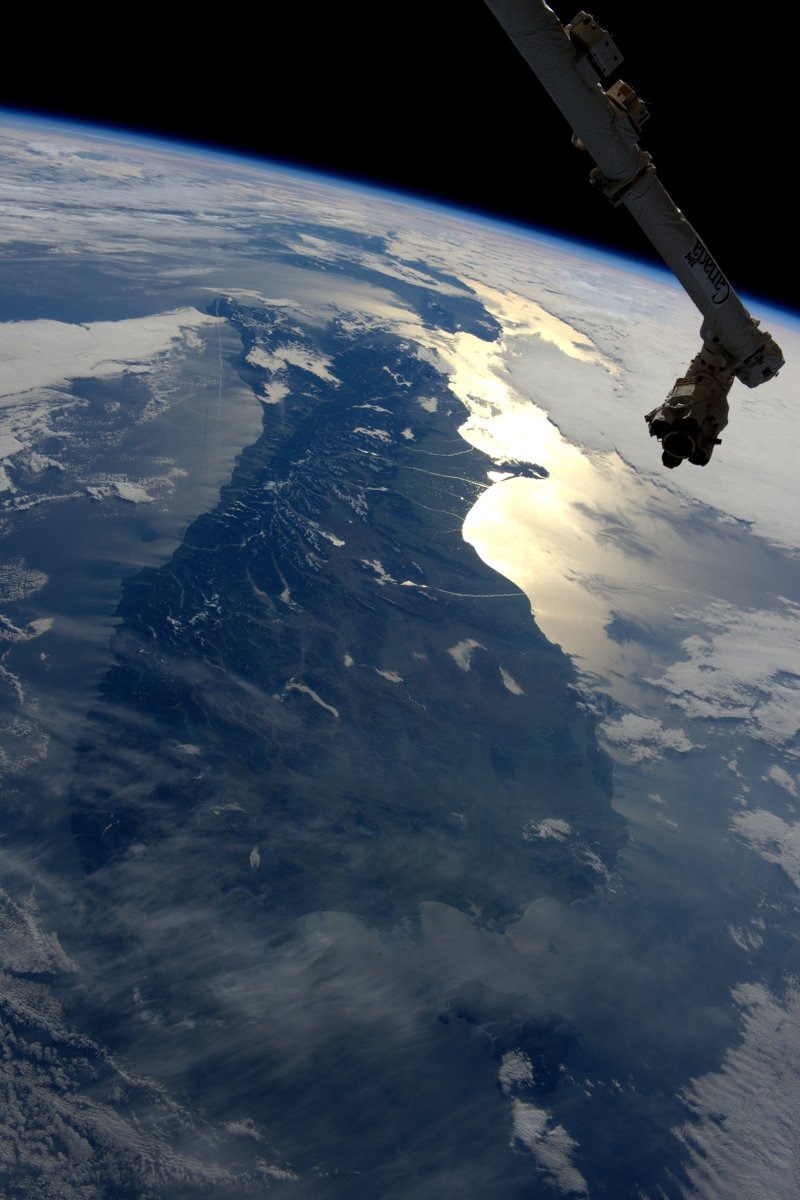