Things You Hear At The Wharf

Yesterday we drove a few kilometers of metal (gravel) roads to the Okupu wharf before moving on to Whangaparapara and our new lodgings. 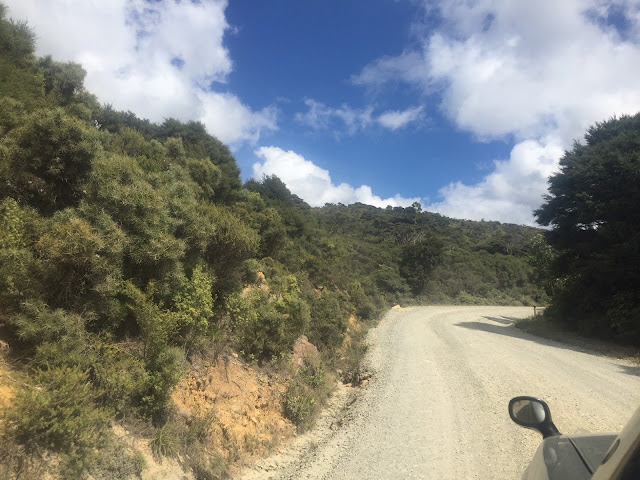 Perfect quiet at the wharf and a handful of friendly people. 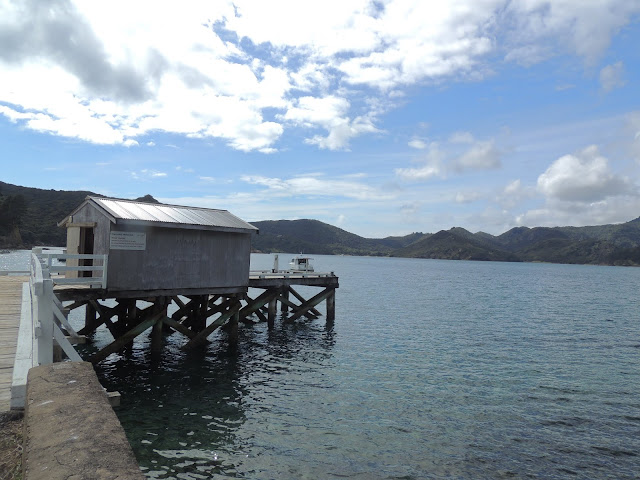 "Can you explain to me how that man can be president?" one of them asked. 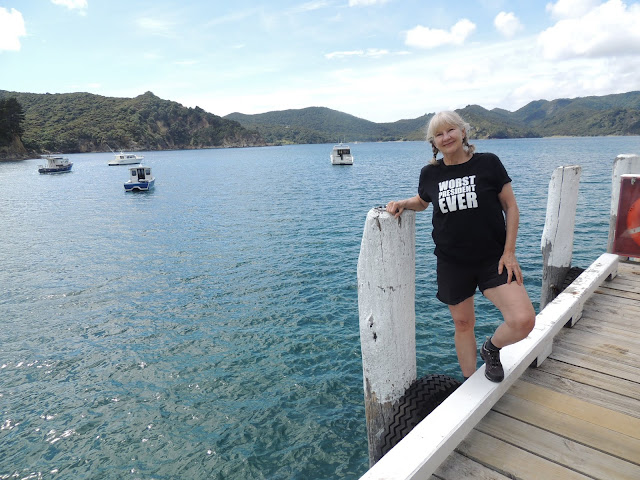 Wearing this t-shirt in NZ accomplishes several things. It gives permission to people who hear our USian accents to ask (unanswerable) questions. It tells them immediately where we stand politically. And it makes quite a few people laugh.

These two have been friends for 60+ years. They acted like longtime sisters, snarking at each other and laughing. The obvious question, though, wasn't about my shirt. It was truly: how about that accordion? 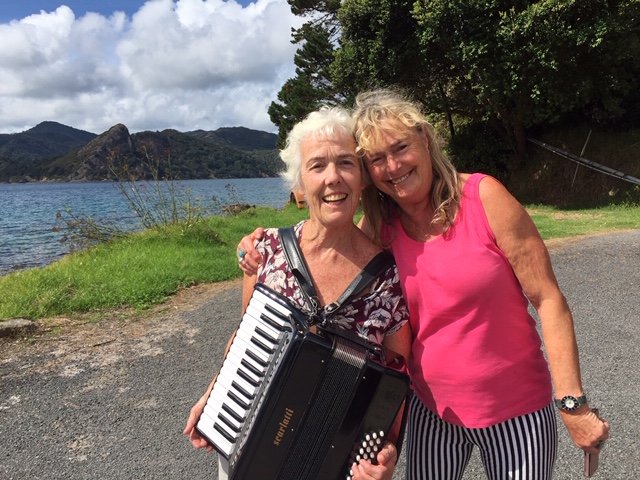 And like every other NZ story this one had a satisfying theme. The accordion woman and her husband, who live in the Channel Islands, were in NZ visiting her longtime friend and also their son, who had partly grown up here and recently returned to Great Barrier Island to build a small place on a parcel his parents had purchased many years ago.

"He's lived with this dream for a long time," his mother the accordion woman said. And it was going well, the son and his girlfriend working on the house and he teaching at the wee school here in Okupu. 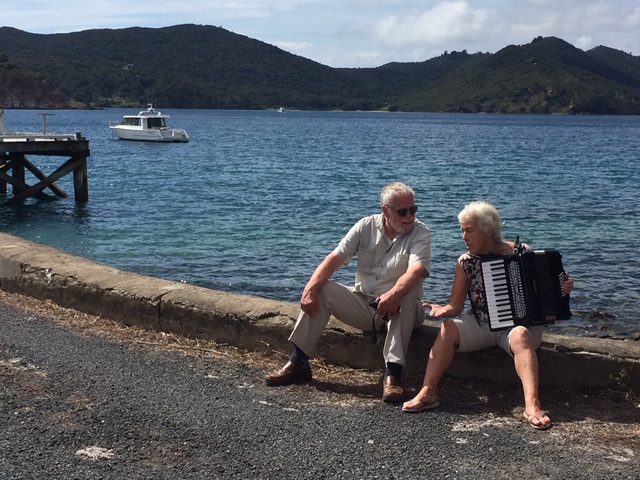 Did you travel with your accordion?, we inquired. Turns out no, but she'd got in touch with the Great Barrier Island social media page and asked if anyone had one to loan during her visit. And someone did (!). At 2 pm yesterday she was giving a concert via the island FM station. "Probably just one old guy and his dog will listen," said she.

There was nothing to do but ask for our own concert. On a sunny, breezy day that would end in devastating tragedy, the music was all the sweeter. (If you can't play video click here.)

Prime Minister Jacinda Ardern called yesterday "one of New Zealand's darkest days...We were chosen for the very fact that we...represent diversity, kindness, compassion, a home for those who share our values, refuge for those who need it. And those values, I can assure you, will not, and cannot, be shaken by this attack." 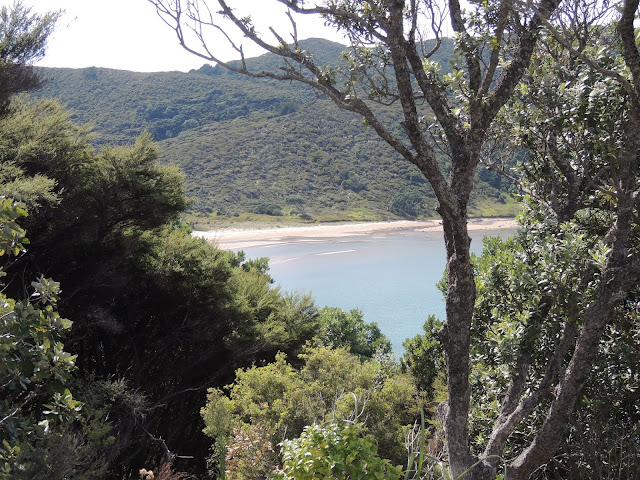 The Southern Poverty Law Center had this to say.
The atrocity in New Zealand shows us, once again, that we’re dealing with an international terrorist movement linked by a dangerous white supremacist ideology that’s metastasizing in the echo chambers of internet chat rooms and on social media networks. This hatred is even being amplified by our own president, who speaks of an “invasion of our country.” 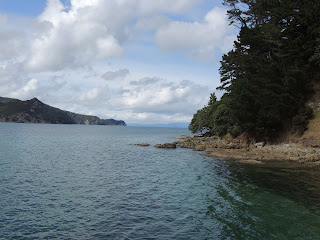 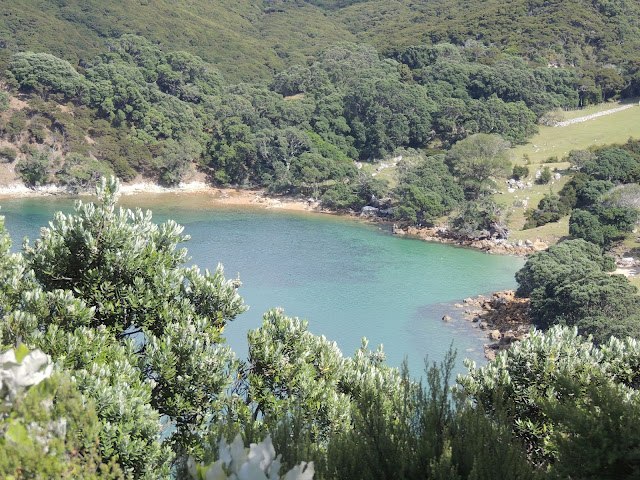 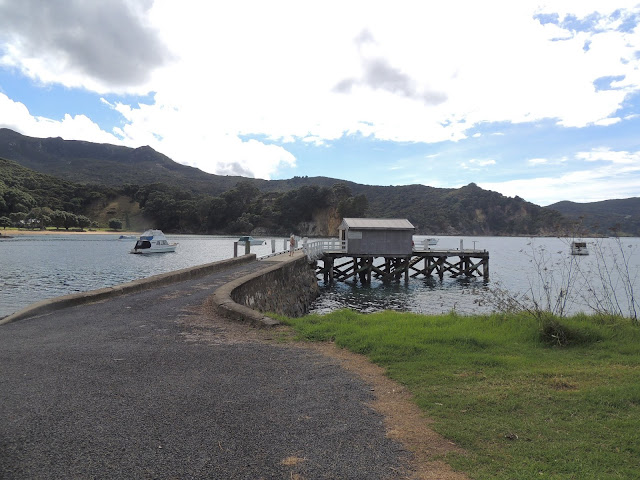 Cone of shame
Before moving on we waved to this man, ferrying out to his larger boat. His dog seemed happy. The man explained that the cone was intended to resolve an eye-ear-nose infection and that this had been accomplished.

"He should view it as the cone of shame," said the man, "but when I put the cone in the cupboard he sits there and whines until I put it back on. I think it makes him feel larger." 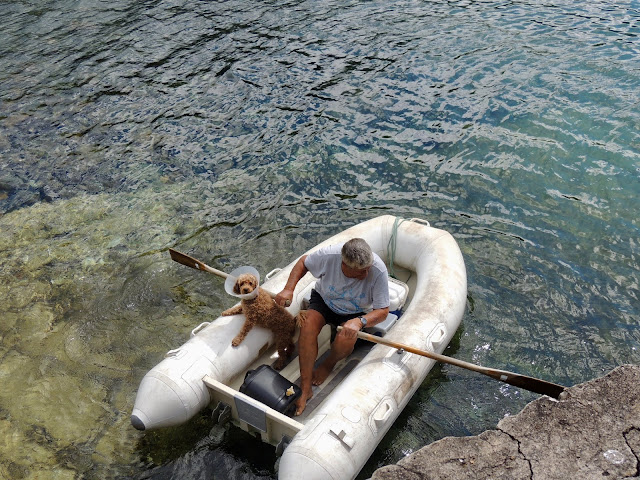 We're so happy to be here, each story a shard of gold. 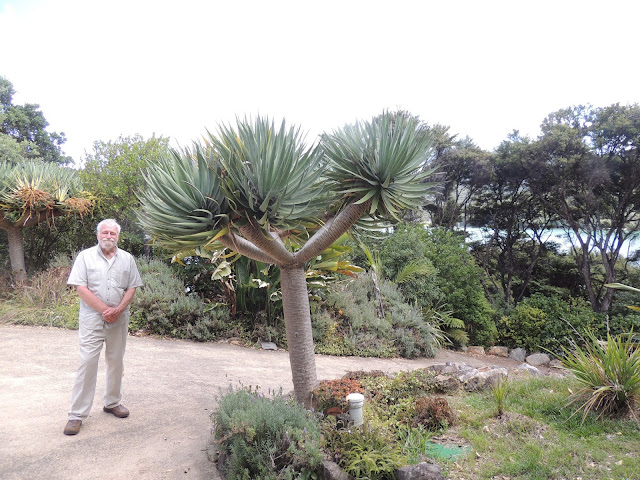 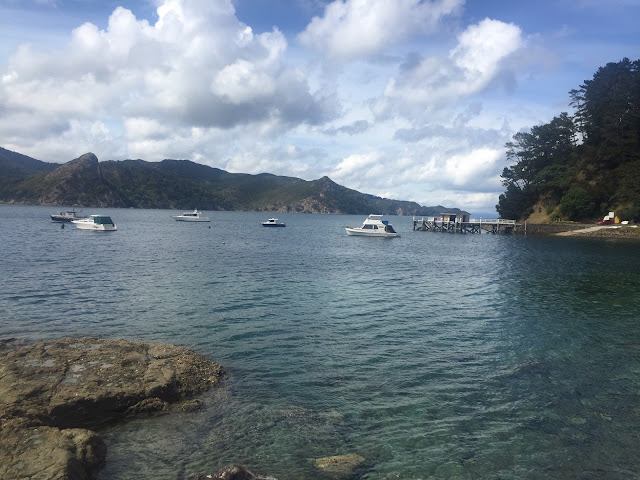 Kindness from our host, directing us to the ripe figs on the tree behind our lodgings. 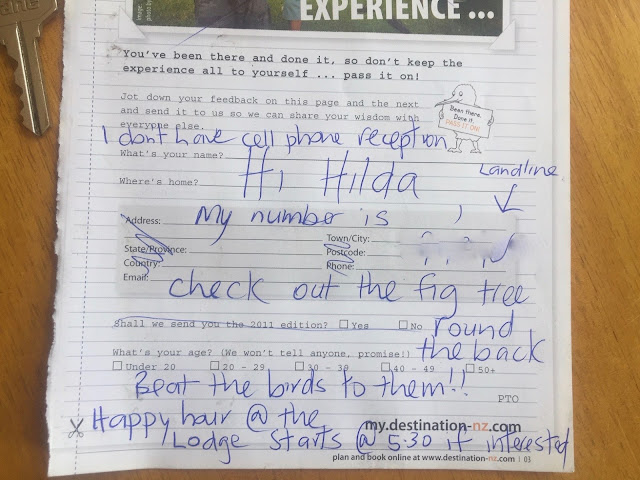 We found them. Peaches too... 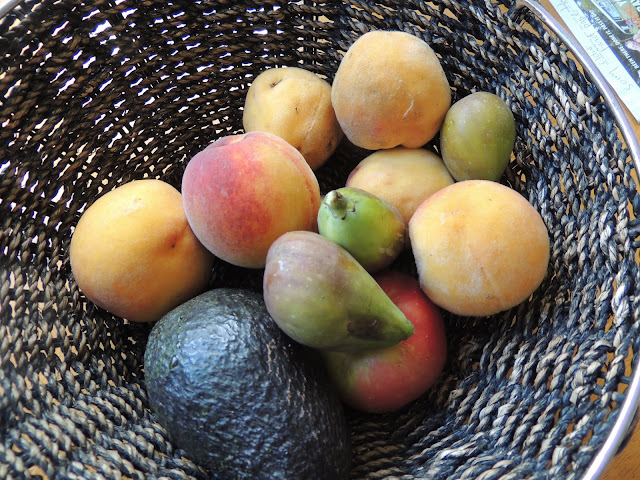