Our host Jo tends to our breakfast needs and also tells us stories and shares photos of this island her family has been a part of for so many years. Her daughter's boyfriend is a fisher, and I'm showing you this first photo of the view from the lodge to illustrate where he caught the fish in the next photo, near shore. 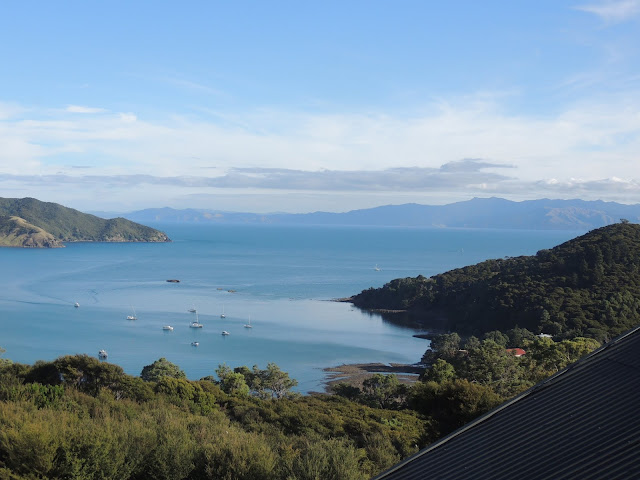 NZ snapper
(Can you imagine bringing it in? He released it.) 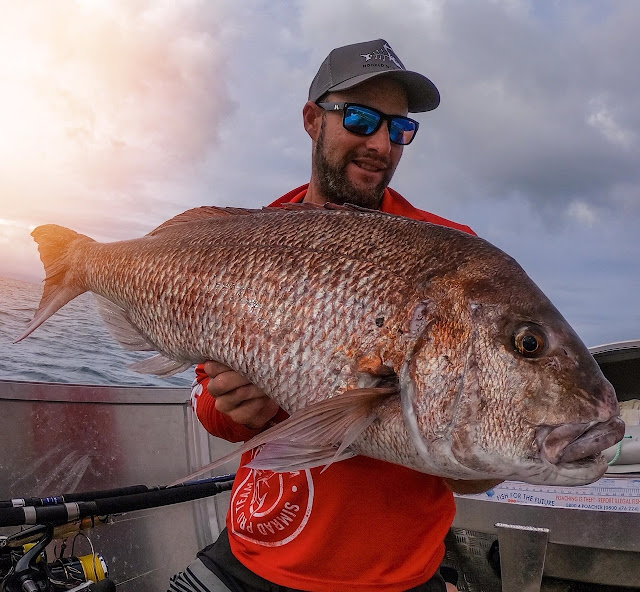 Another story today concerned a letter Jo recently obtained, written by the woman whose family first settled this property in the 1800s. She and her husband and children came via ship from England, drawn by the promise of acreage--something like 40 acres each for the husband and wife and a smaller amount for each child.

Their ship first stopped in Schooner Bay on Great Barrier Island before going on to Auckland. Here's a photo from our visit to Schooner Bay today. Jo said they likely stopped to obtain some pohutakawa wood because of its utility in creating curved portions of ships. 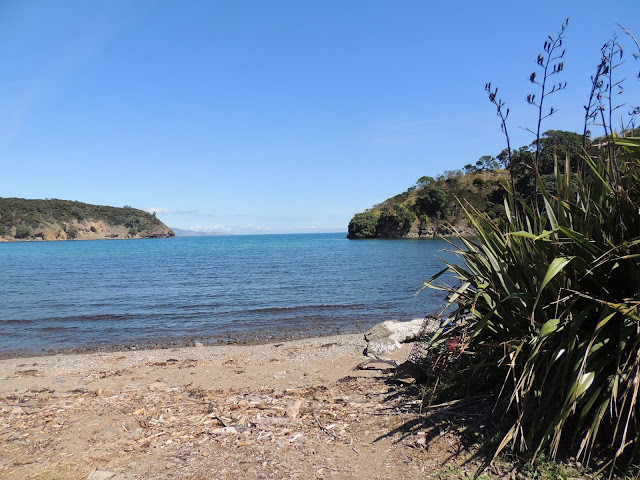 The father and son got off the ship and scouted around, walking to the stunning overlook in the photo at top. When they re-boarded and finally landed in Auckland (which had no roads at the time), the family applied for and got this very property.

History's not such a long time ago, and yet can you imagine any country today offering such a deal? With more countries closing their borders to newcomers, Jo's story seems like a fairy tale.

Here's a long shot of a lucky boatie just outside Schooner Bay. 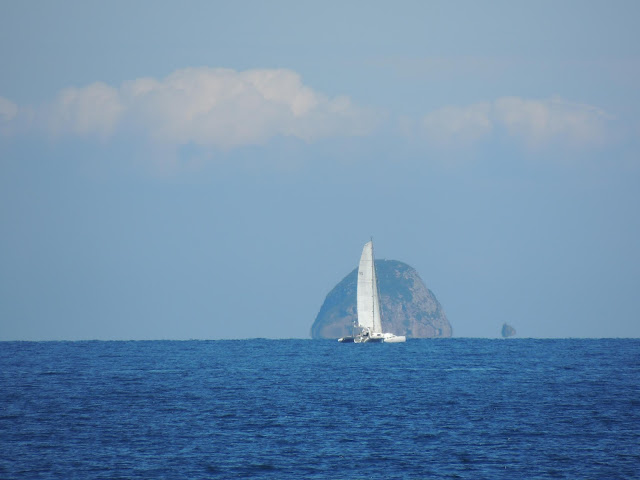 House in the bush. 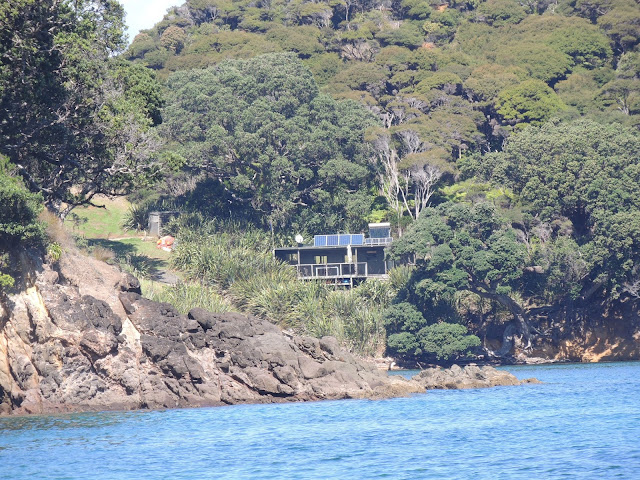 Thereafter we drove up a steep unpaved road to visit woodworker Peter Edmonds. His workshop is a couple of kilometers past the bay and looks out over it, all watery breezes and gorgeous views. 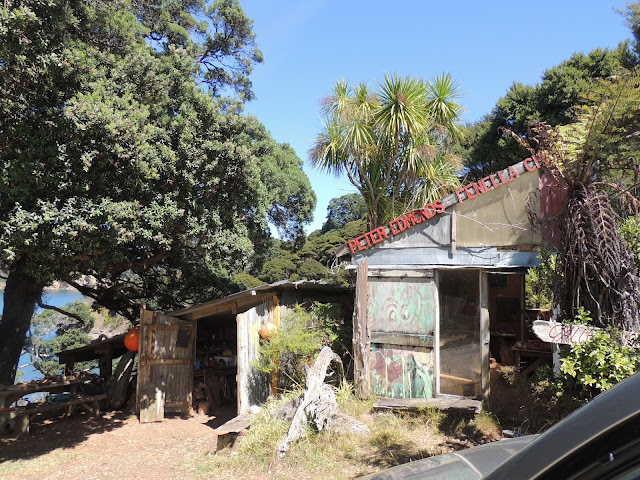 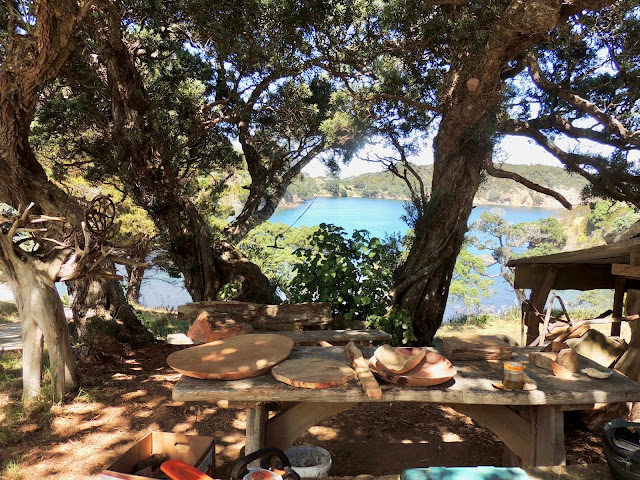 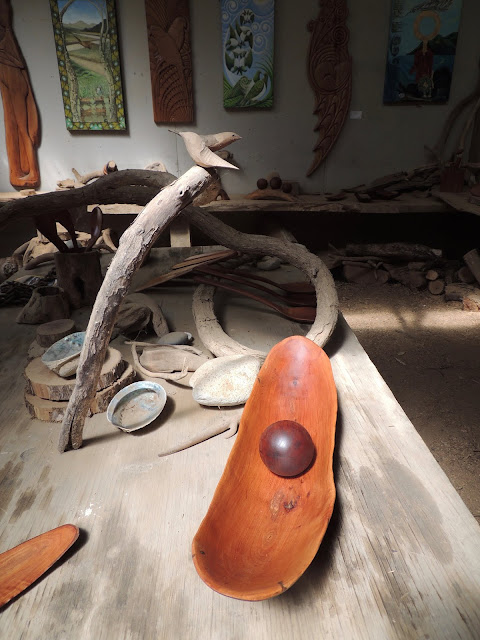 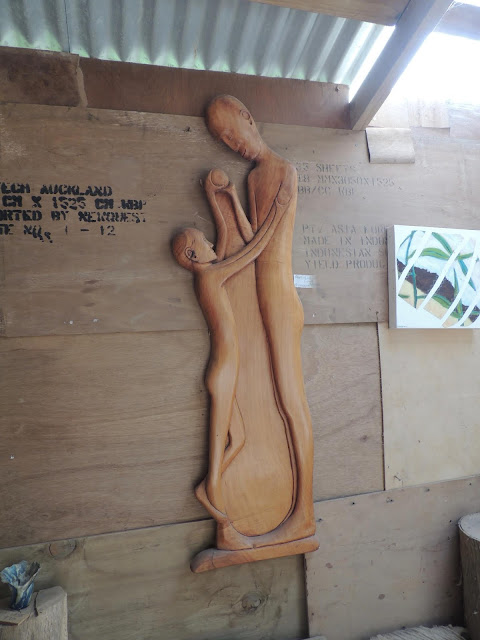 I found a pot stirrer, made of kanuka wood (relative of manuka, as in the honey). Its silkiness and shape called to me, as did the gently curved plate beneath it, but we're leaving this island on a small plane and are already over the weight limit. 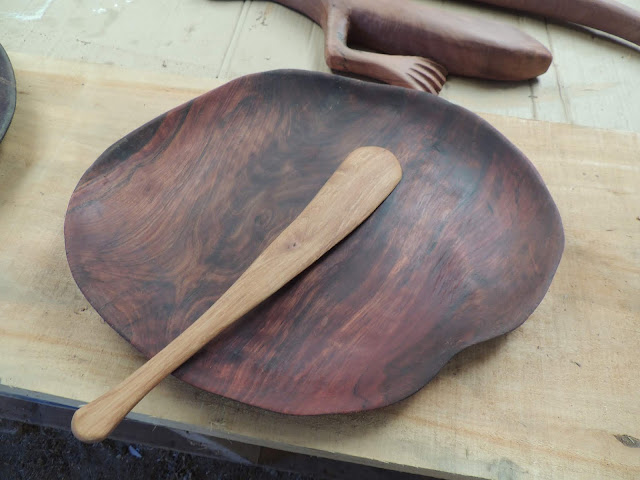 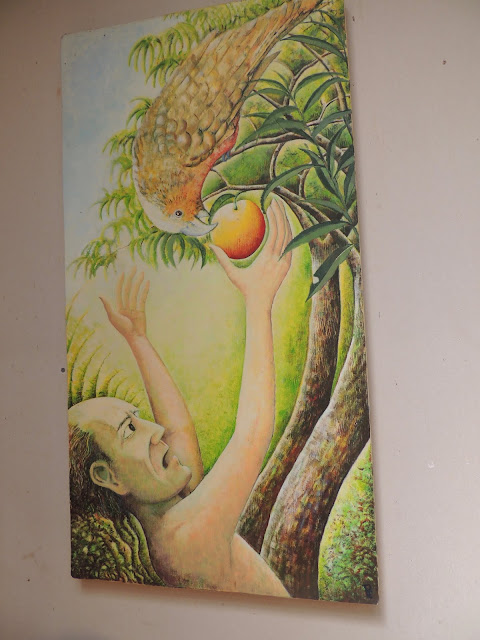 Then to the Tryphena wharf, where we saw this cute working Rover. 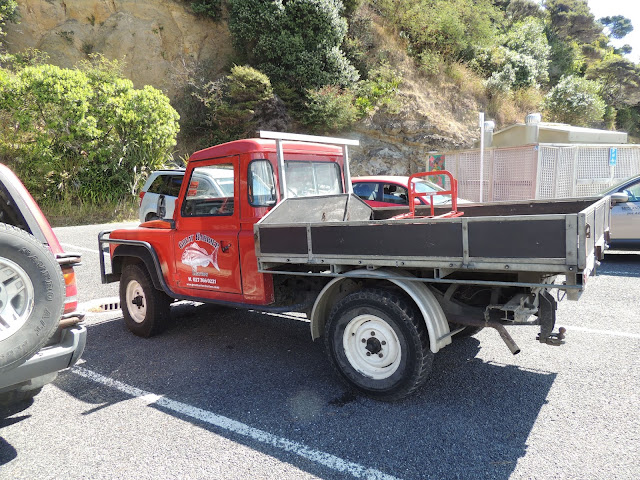 Also the ferry from Auckland, which carries passengers, vehicles, and lots of food and other island necessities. 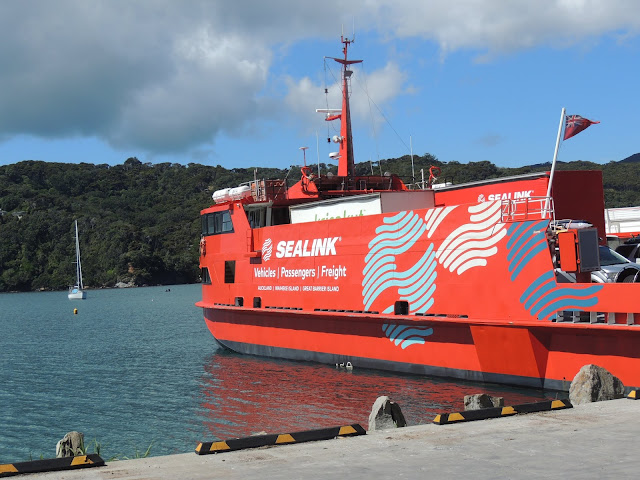 In years past we heard kiwis refer to "metal roads." I always wondered about the derivation, since it describes roads made with gravel/rock. This place is rife with metal roads and everyone needs a 4WD to get around, definitely anyone staying at Trillium, since the approach is a largely uphill boulder-strewn effort. 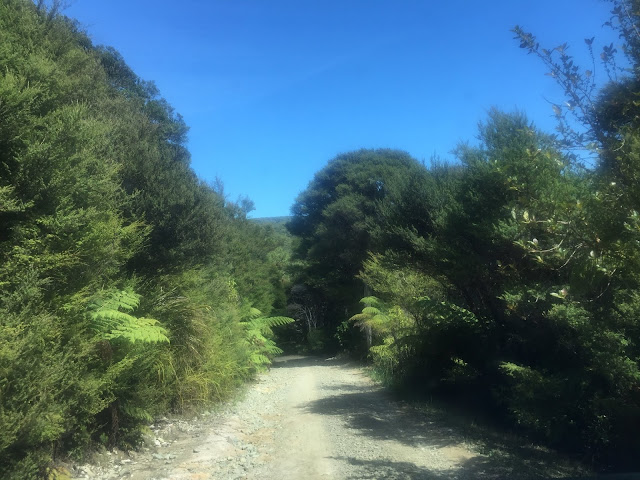 We met a couple of nice kids from Canada here on work visas. Their work concerns the invasion of NZ by Argentine ants. Here's more than you ever thought you needed to know about them (the ants, not the kids). 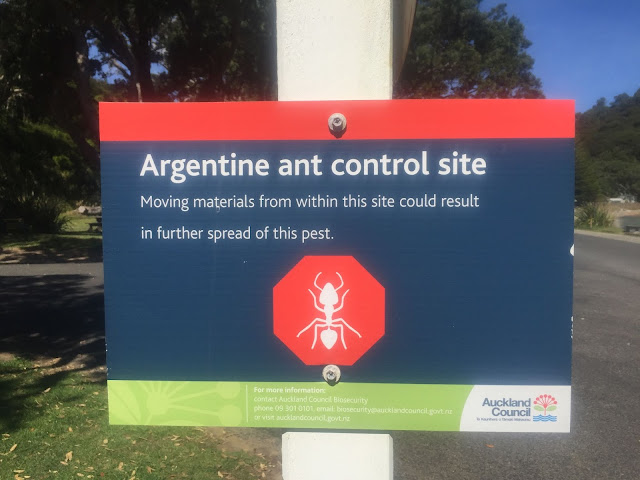 The lodge offers us the use of the barbie, so today since the ferry came in and replenished stocks we picked up rib eyes and a bunch of produce. 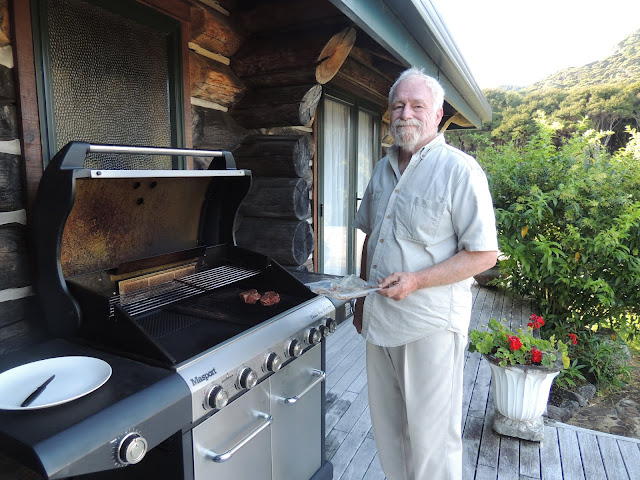 Art's never happy with a gas grill, but I can confirm this was delectable. 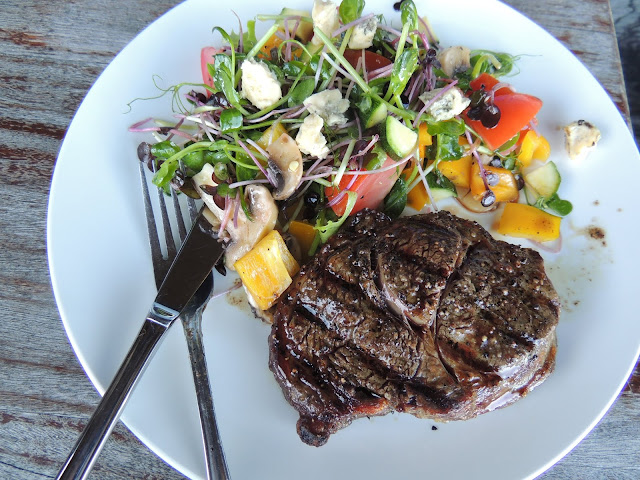