A Day at Elaine Bay

A raging wind blew last night like it was the end of the world, buffeting the caravan and us inside. Then it would stop, suddenly, and I’d drift off to sleep and then--BAM—it would start again. The last thing I said to Art was “tomorrow it will be clear, still, and stunning."

And this morning it was. 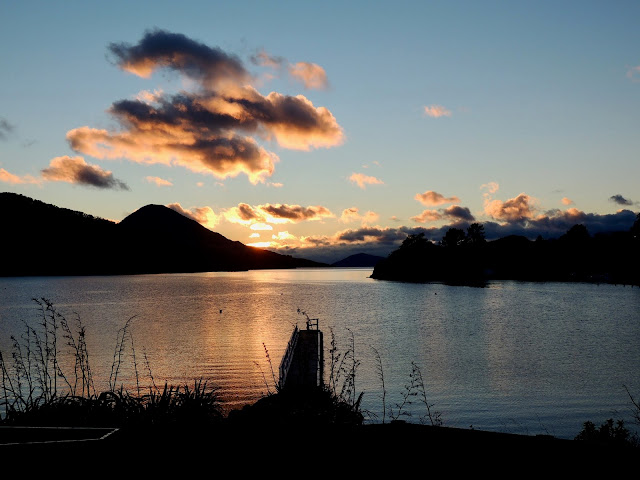 The biggest surprise at the Elaine Bay DOC site is that there’s a small community of houses directly behind us (I'll make a picture tomorrow). When I’m in a place like this that has zero commercial business I always wonder where people get cream for their coffee. Drive 10K worth of incredibly twisty roads back to tiny Okiwi Bay, where there might be cream in the camp store? Or pack everything you need in the back of your car before driving here? (Art says they drink it black.) 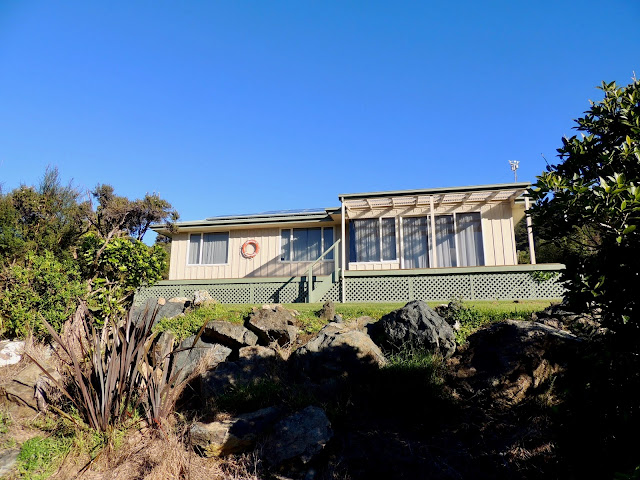 The community maintains this pier, where giant rays swim, though we haven't seen them yet. "Larger than the picnic table," a man called Glen described them, one black and one grey, one missing its tail. 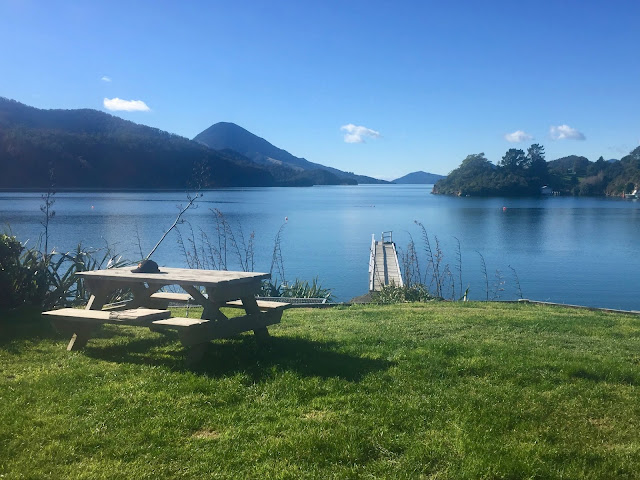 Here's Glenn dumping his fish bits off the pier in hopes of luring the rays.  He told us the road to Elaine Bay was only sealed (paved) in the last ten years and that they rarely saw campers here before that. I asked him about the history of this place, since his family's had a bach here for 60 years. 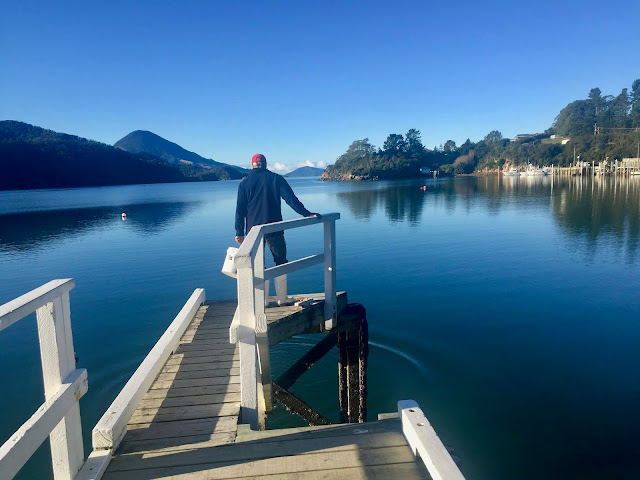 He said six decades ago it was all farmland surrounding the water and that the farmer who owned it decided to sell off a small number of parcels, one of which Glenn's grandfather purchased to build the family bach.

Glenn lives in Nelson to the west, not a far drive, and had fished this morning in preparation for a friend's 60th birthday at his place tonight. He'd caught blue cod and gurnard. (Maybe I should ask him the cream question.) 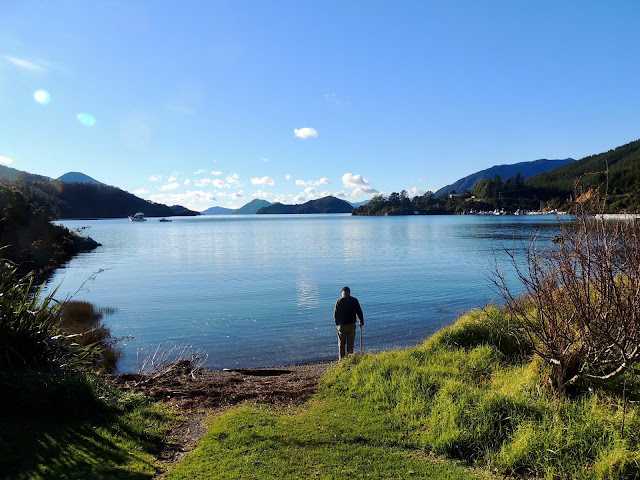 We took a walk this morning while a chicken roasted in the caravan oven, promising ourselves we'd turn around after 30 minutes. 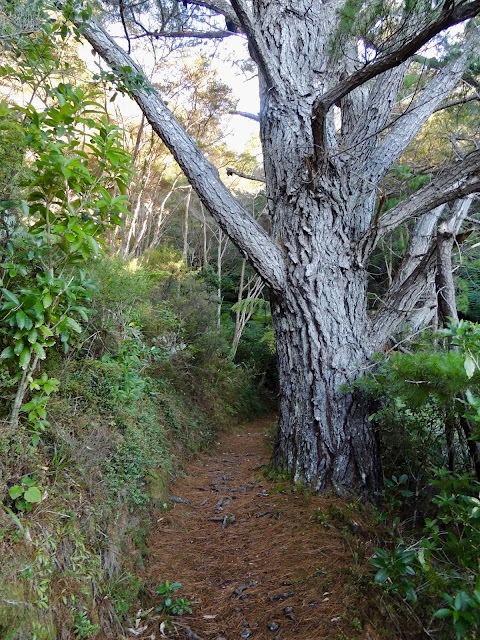 Art made a new dog friend. 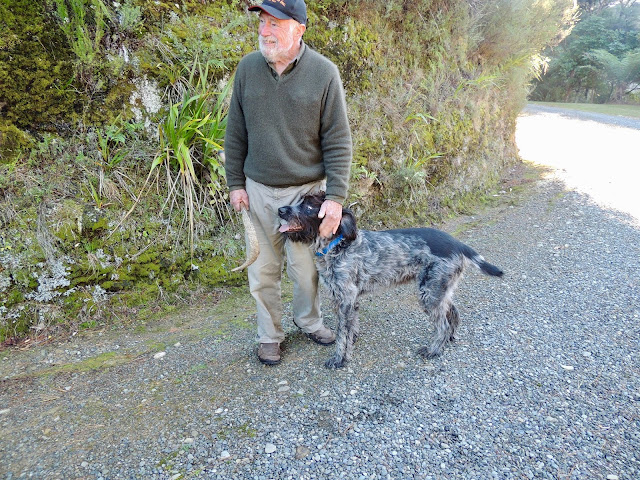 Though the path was stunning, we never lost the idea of that chicken. 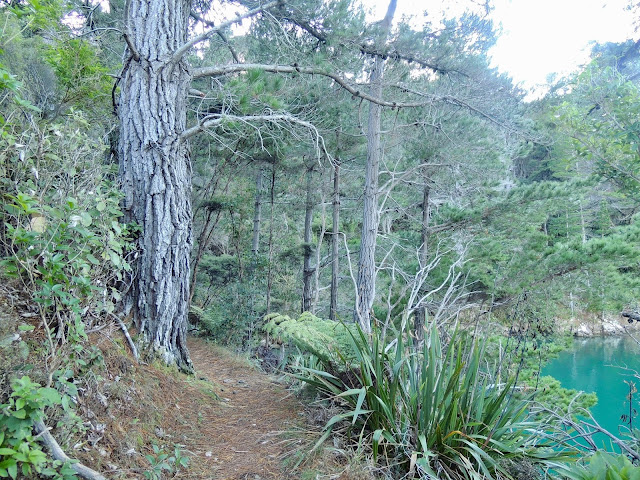 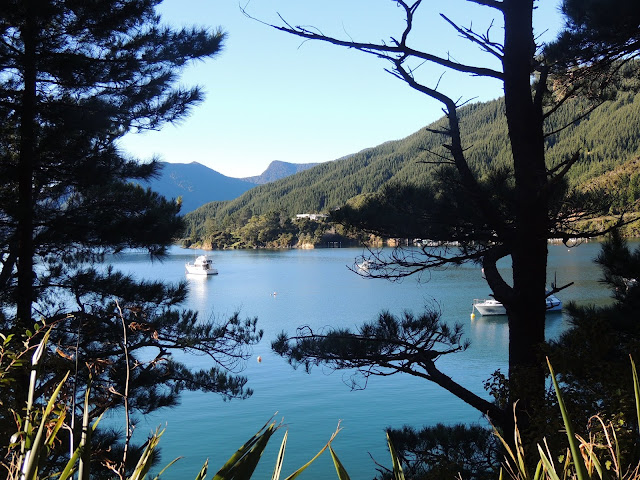 Thermometer says 60, feels like 75 in the sun. Chicken + vegetables in coriander lemon cream. 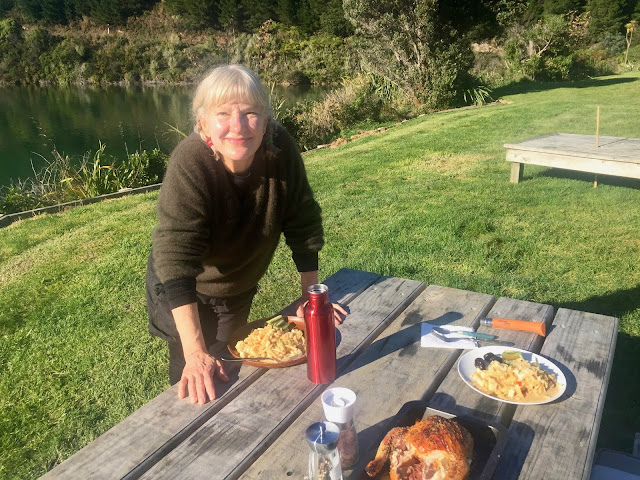 There were naps too, and some reading. All day outside--a gift. At right in this photo is the commercial wharf. We're going to walk over that way tomorrow. 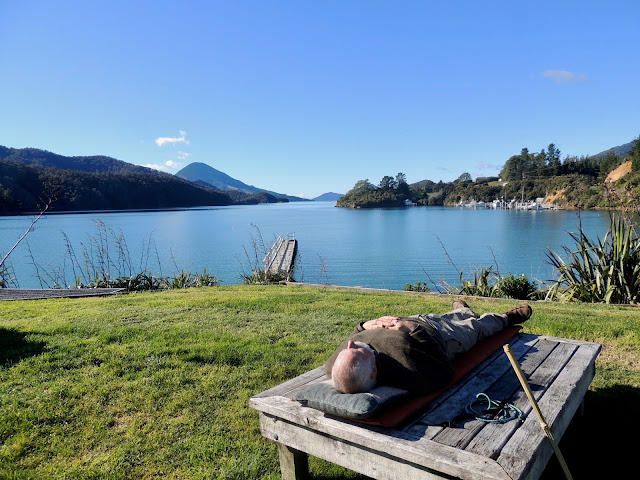 Writing this at about 5:15 pm, I looked out our front window and hurried outside to snap it. It's perfectly quiet here. Sleep well, campers. 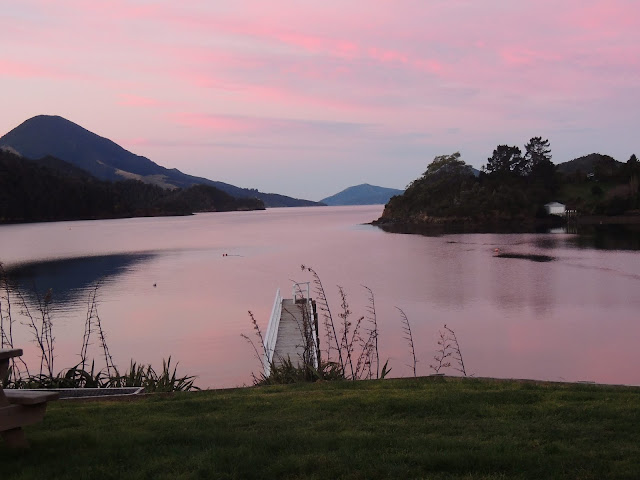