A government settlement provided the Ngai Tahu with seed money that it used to build a successful portfolio and intergenerational wealth. 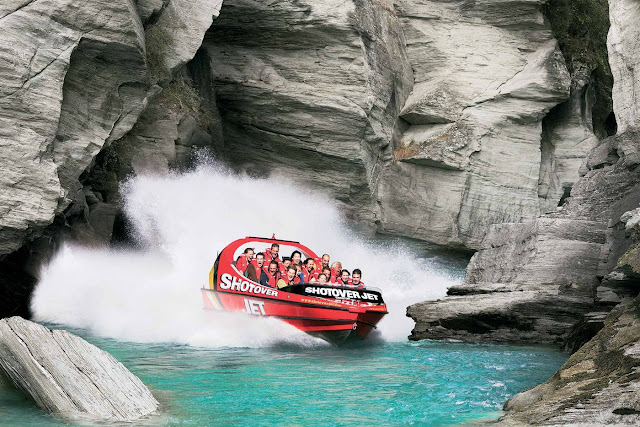 An image from Shotover Jet, one of the Ngai Tahu’s companies. Source: Ngai Tahu Tourism

In 1998 the Ngai Tahu tribe of Christchurch got a NZ$170 million payout from the government, one of the first in a series of compensation payments that have given tribal groups, or iwi, the opportunity to invest.

Today, Ngai Tahu owns a portfolio of tourism ventures, commercial and residential properties, farms, forests, and fisheries. Its assets are valued at NZ$2 billion ($1.3 billion), the largest of any iwi, while the broader Maori economy is estimated at NZ$50 billion.
more here
Posted by H2 at 11:11 PM