(click here to view in browser)
Good day from Covid Cafe. Have we been driven to chocolatey distraction on this, the 97th day of a virus-filled March? 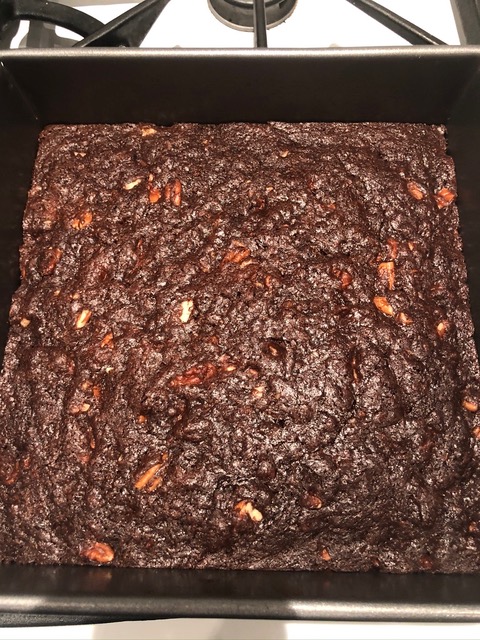 Rob just made this batch in his Chicago kitchen, remarking that the note on this recipe says it all: "Much like its author, this recipe is a no-fuss classic. It calls for just 1/4 cup of flour, which yields an incredibly rich and gooey brownie, and it's super easy to make.” 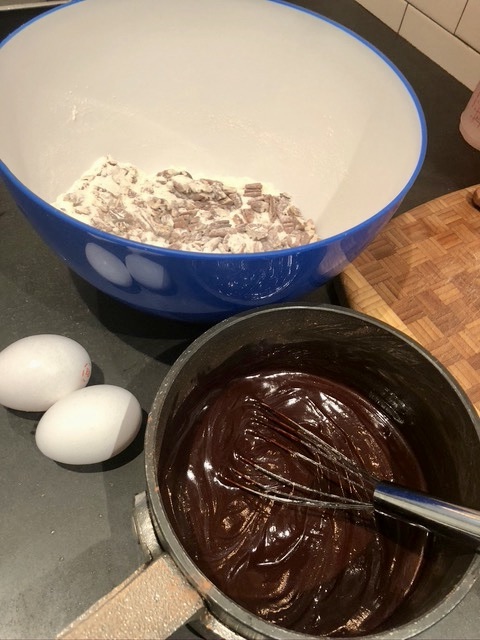 The lucky recipient is postman Jimmy, with Rob's thanks for staying on the job 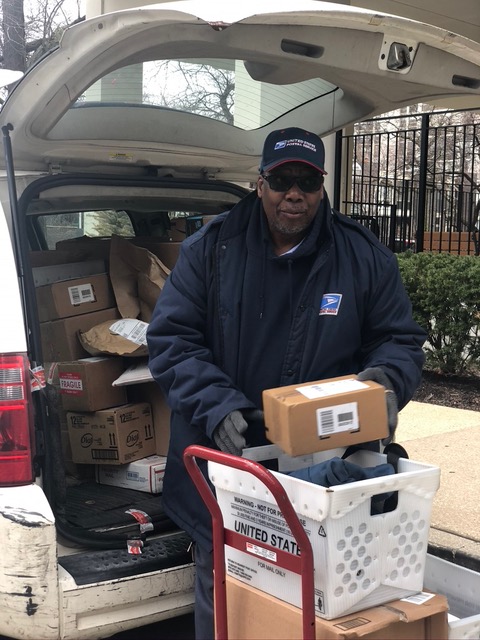 Our friend Barb made these brownie cupcakes
Her sister Phyllis says: Along with a nice glass of white wine, they're so much better than all those healthy meals we've been eating. (Salut!) 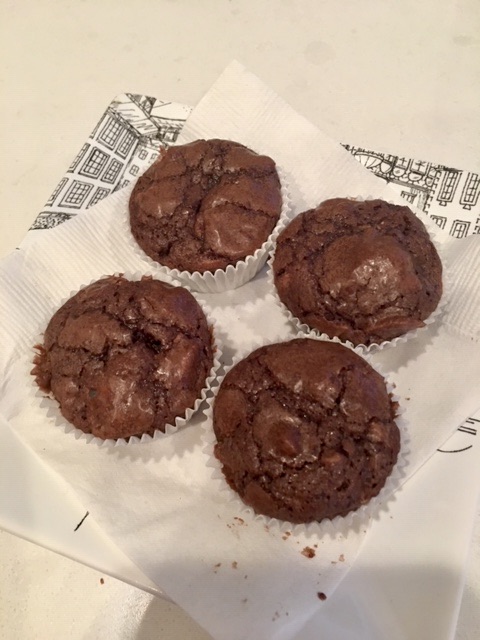 Keto lava cakes
Don't ever bake like this, with your keyboard half and inch from the ingredients. (I must have been crazed by a chocolate impulse.) 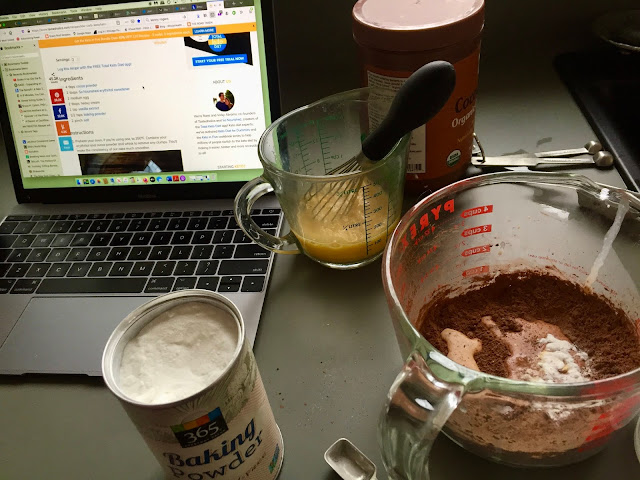 This recipe speaks to my need to occasionally have something chocolate in 75 seconds. Here's the recipe. I'm not a huge fan of the microwave, but in this case... 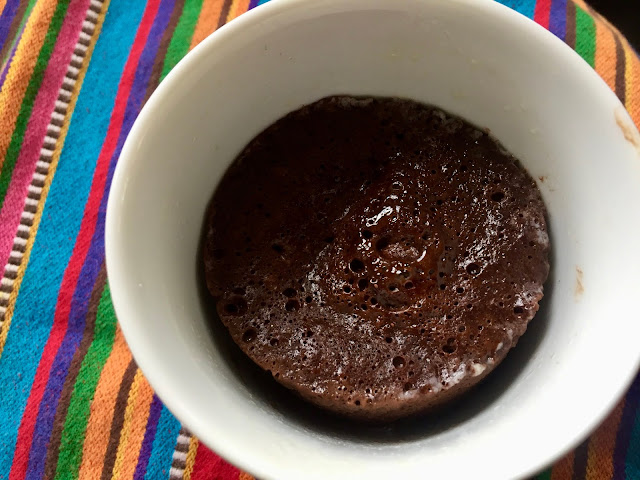 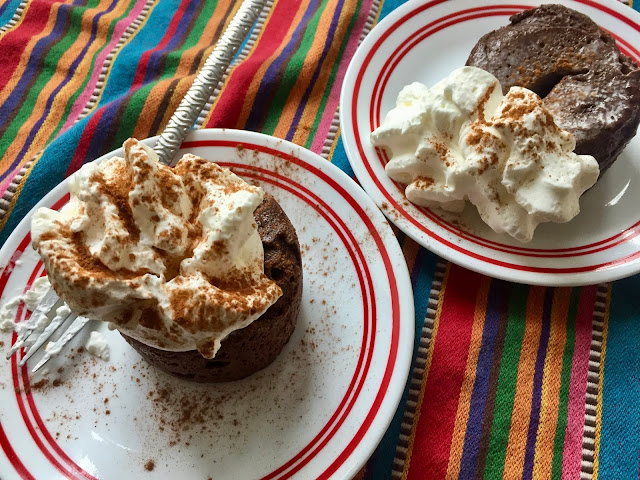 Crunchy Chip Cookies
Holly has three kinds of cookies in the house, mixed and frozen but not baked, including this recipe, which has chow mein noodles as a secret ingredient. Pre-Covid-19, Holly's plan was to bake and serve all these cookies at two nights of mah jongg, as a thank you gift, and as a new neighbor welcome plate. "When it became clear I would not be using them, I broke down and baked a dozen. Far too easy to devour, so today...baking eight." 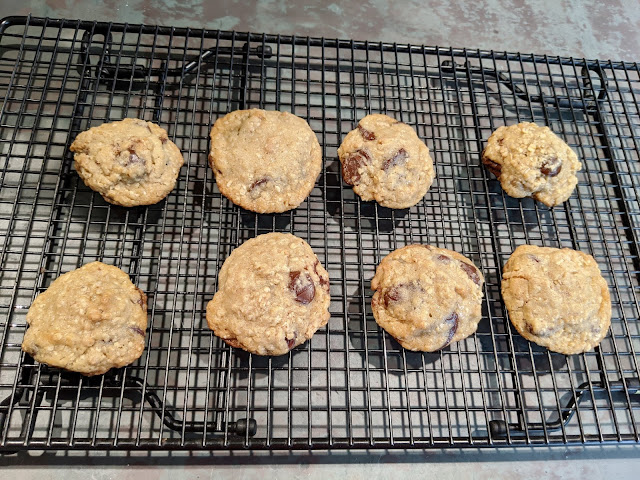 The original recipe came from a neighbor in Worthington, Ohio, decades ago. 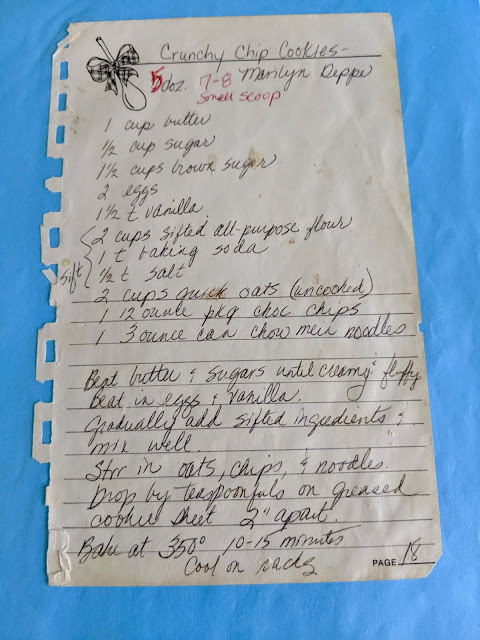 Free-form Peanut Butter Cups
90% chocolate with a PB topper and a light sugar sprinkle. Faster even than mug cakes. 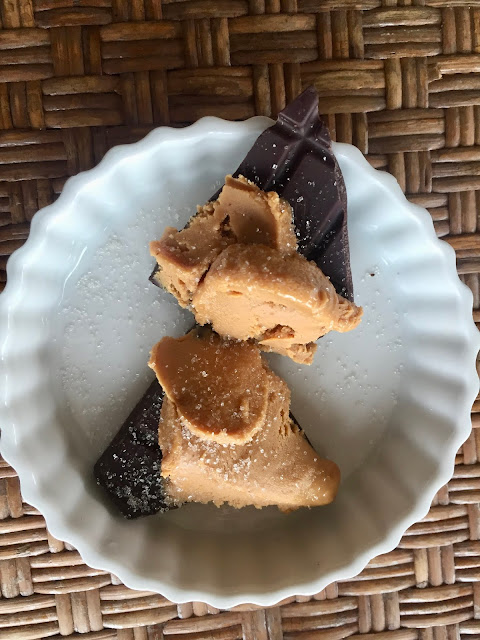 Poetry
Hope -- By Langston Hughes
Sometimes when I’m lonely,
Don’t know why,
Keep thinkin’ I won’t be lonely
By and by. 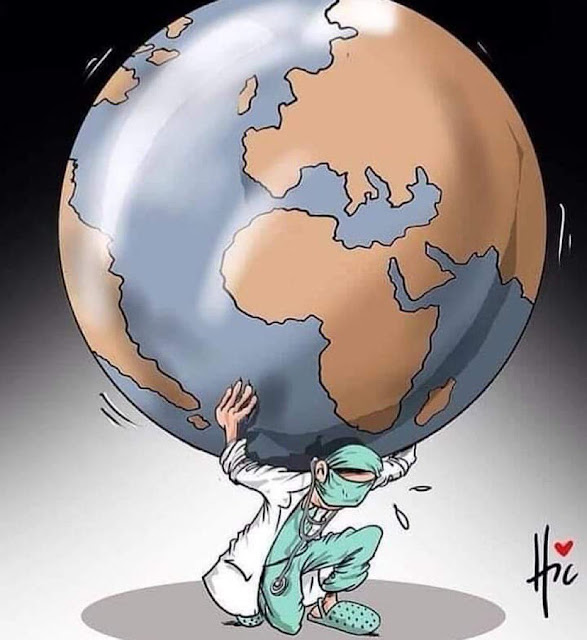