(click here to view in browser)
Good day to you, chefs. When are leftovers breakfast or dinner and can a side dish become a meal? Wholeheartedly yes on both accounts. Here's a smattering of the delicacies you've been sending our way. Please do keep them coming... 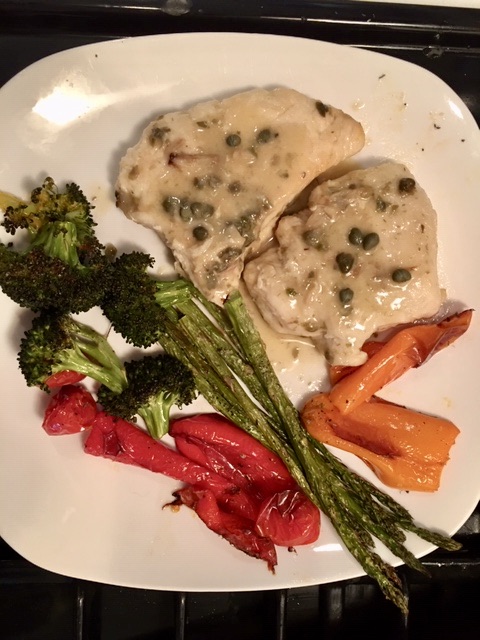 She writes: This is a Puerto Rican recipe we made for a class.  Kids chose recipes related to their background. 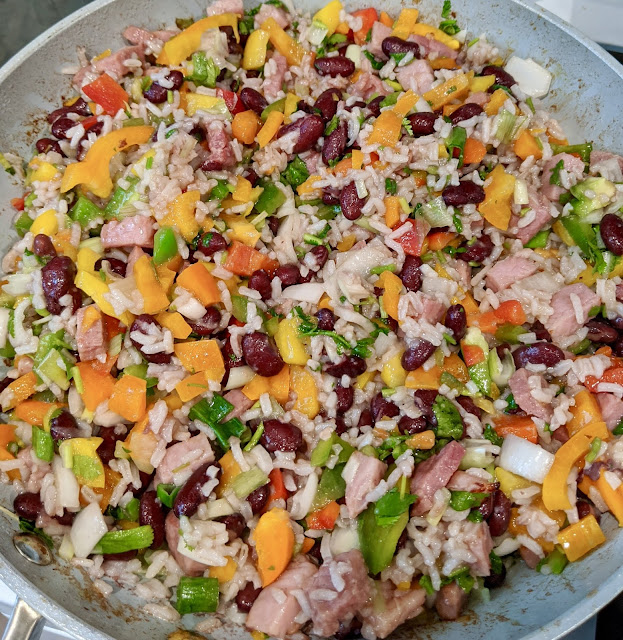 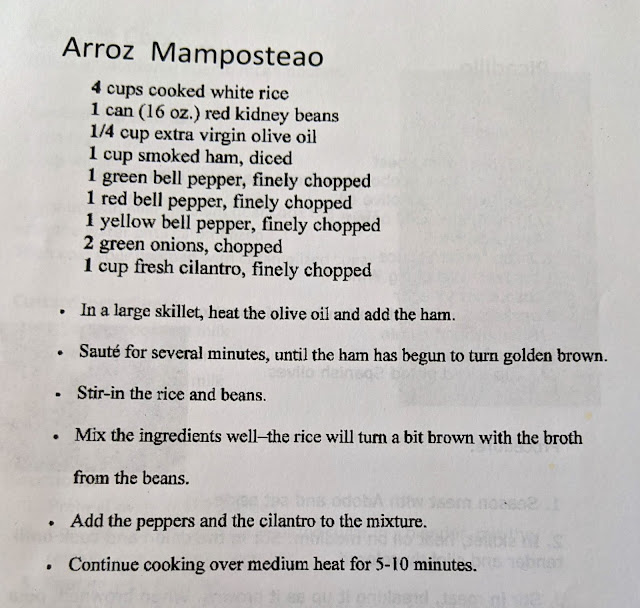 Maila’s making stuffed potato skins. She says they're a favorite of her grandkids. 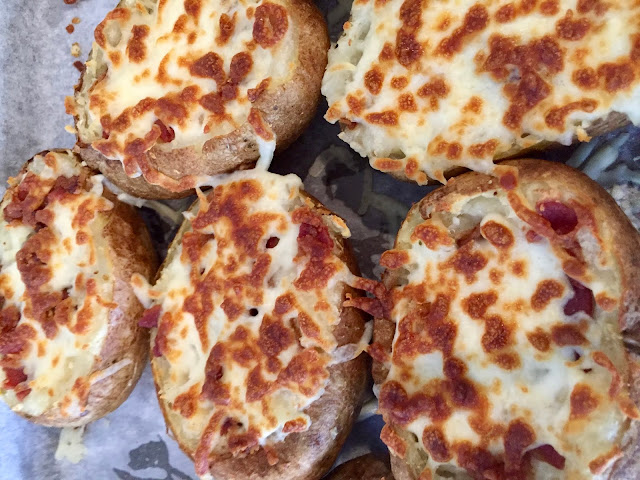 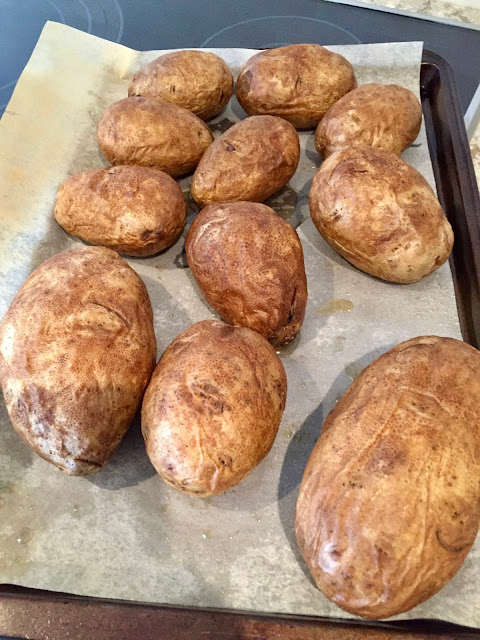 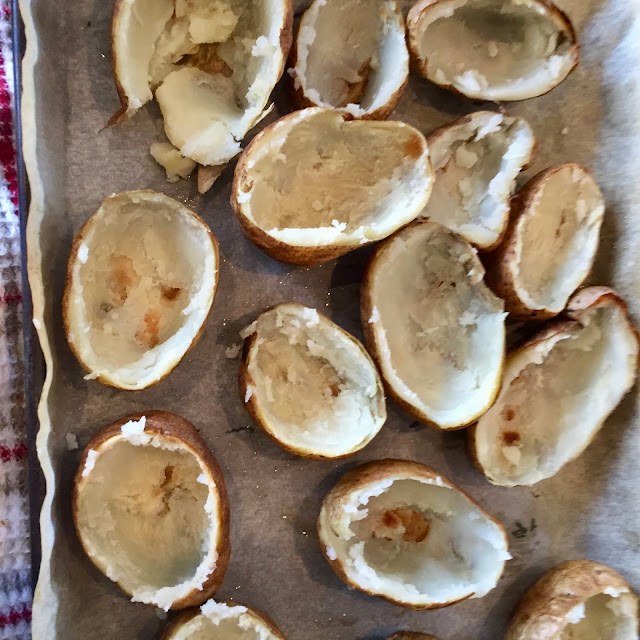 I prefer using a potato ricer rather to a masher to create soft and smooth mashed potatoes which I mix with grated Parmesan cheese. 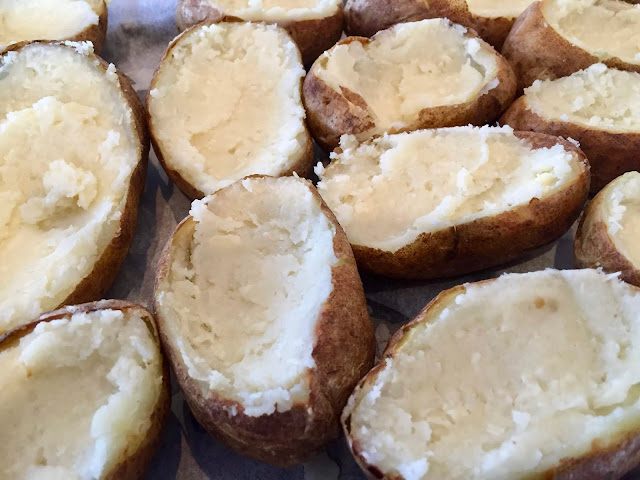 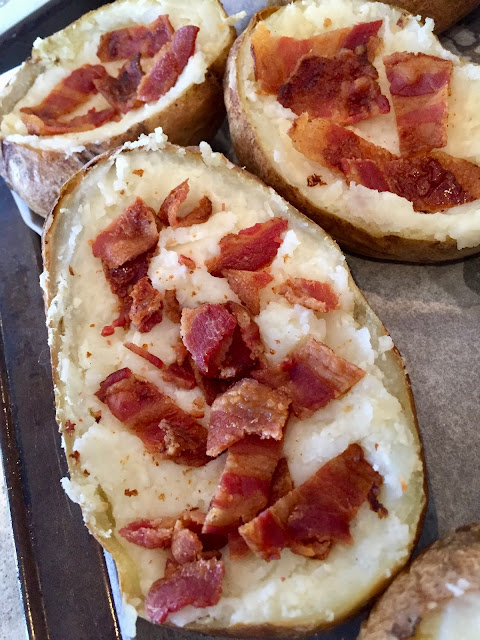 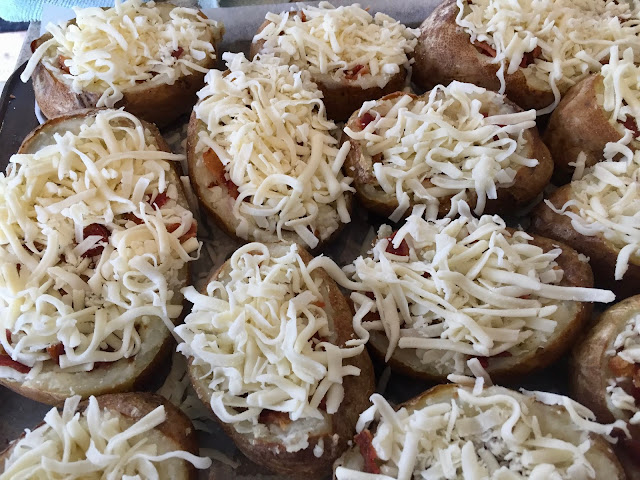 Carolina's mixing her holidays
I celebrated Cinco de Mayo with my favorite traditional Mexican Christmas Eve meal: Bacalao a la Vizcaina, which is dish made with salted cod. Not being a cook, I bought the frozen version available at my local wine store, La Naval. 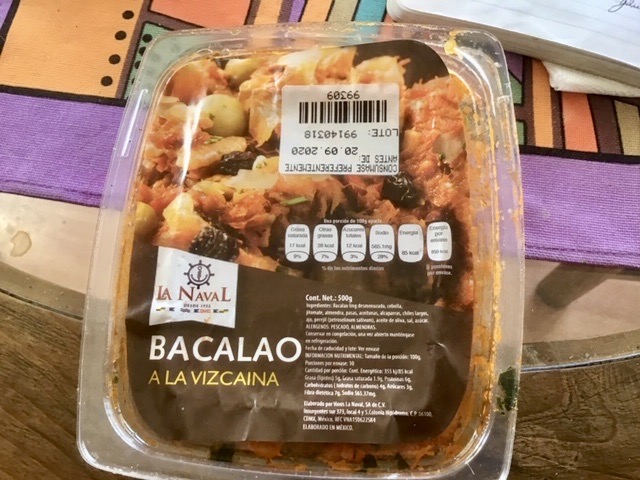 Bacalao, originally from Spain, is a little labor intensive as you must rinse the cod several times the day before to dissipate the extremely salty taste. The rest is easy (though how would I know!). Also, how can anything with lots of olives be bad?

Bacalao is at the top of my list anytime of the year.  I ate it daily while in Portugal a few years ago. Here is the recipe. I added the avocado...not in the traditional recipe.

My comida today, supplemented with a Pinot Grigio 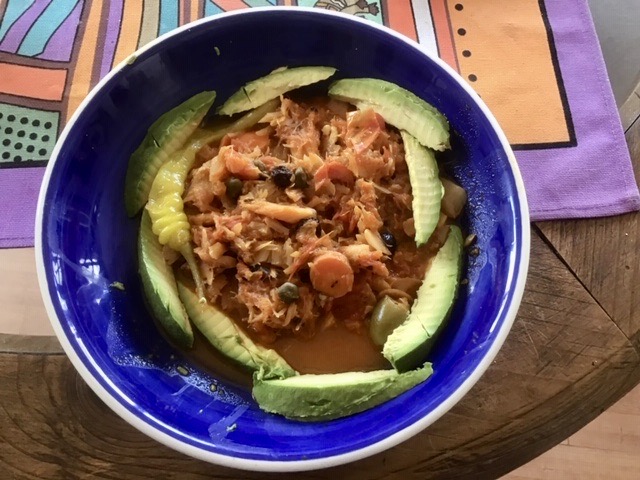 What a delicious time you're all having.
Music
Eddie Harris 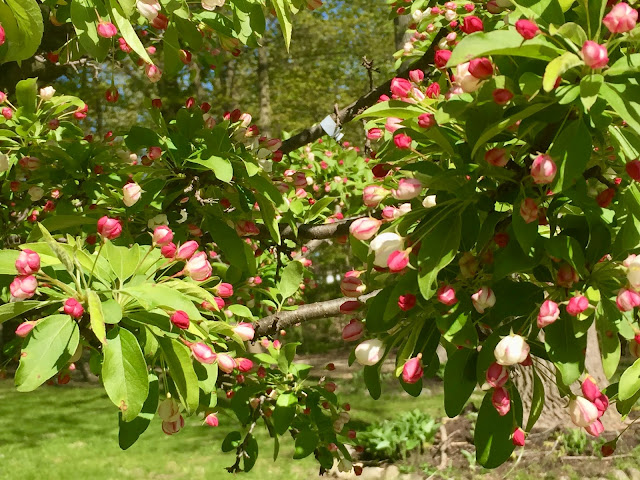 Poetry
Today
By Billy Collins
If ever there were a spring day so perfect,
so uplifted by a warm intermittent breeze

and unlatch the door to the canary's cage,
indeed, rip the little door from its jamb,

seemed so etched in sunlight
that you felt like taking

a hammer to the glass paperweight
on the living room end table,

releasing the inhabitants
from their snow-covered cottage

so they could walk out,
holding hands and squinting

into this larger dome of blue and white,
well, today is just that kind of day.