A few of our favorite things 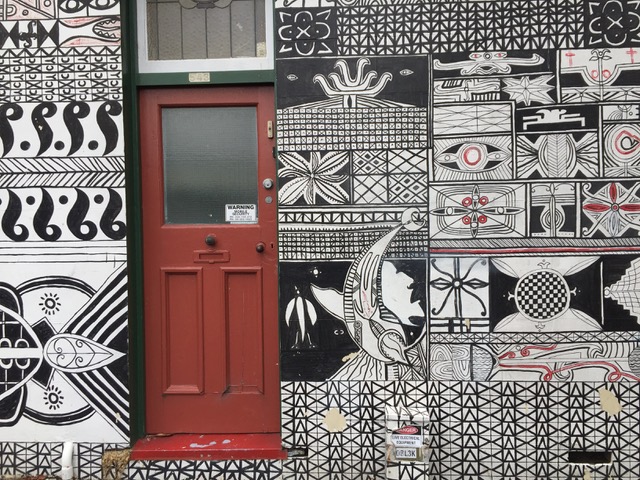 Kia ora, friends! We're up and out this morning to catch a taxi to Selwyn's house not far from where we're staying. He's kindly been sheltering the Rover, which needs a bit of work in order to pass its Warrant of Service inspection and today we're taking it to the Rover shop.

Breakfast on the go: NZ avocado (it almost hurts to admit they rival Mexico's), the last of our NZ chedder, and a piece of pan-roasted organic kumara (sweet potato).


(Kumara) was first introduced to Aotearoa by Maori. The old variety was a small bush kumara with finger-sized tubers. For Maori, planting kumara was a sacred event, involving much ceremony. Tohunga supervised the cultivation and the plants were spoken to, encouraged to grow and be healthy and were reminded of their celestial origins. 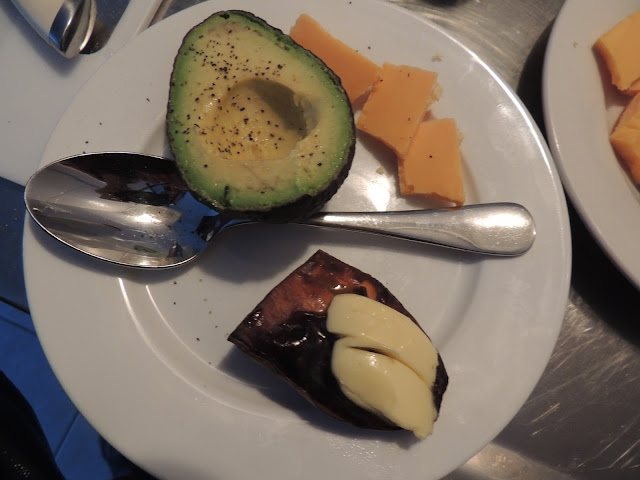 You might recall Selwyn drove our family around the North Island in a tidy little bus on our adventure in 2015. He's the nicest Kiwi ever. 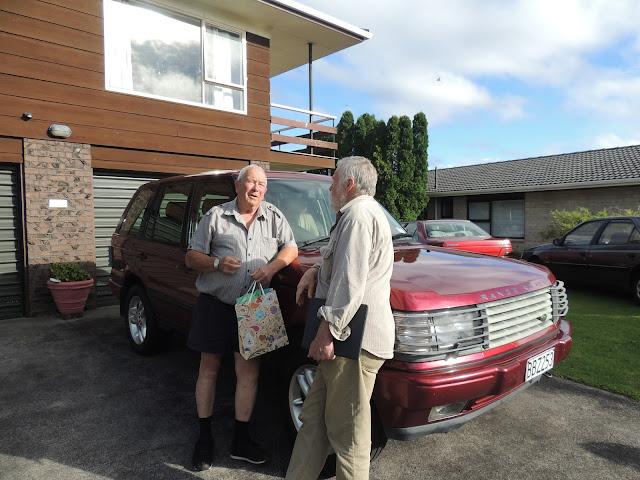 First time driving on the left as we head to the Rover shop, following Selwyn in his Peugeot (you don't want to know how many other cars he has--I've come to wonder if he and Art were separated at birth). 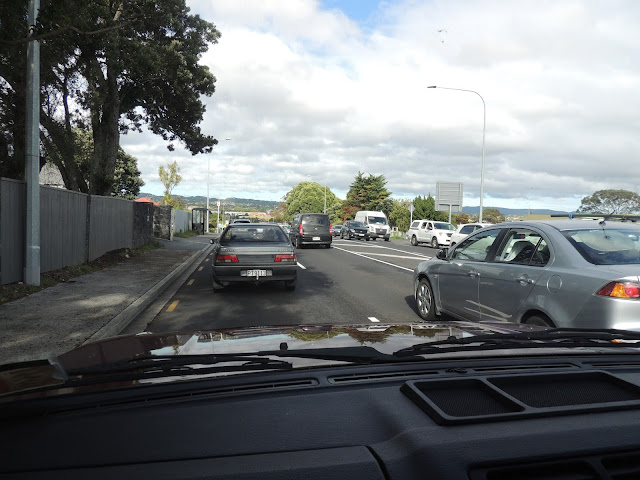 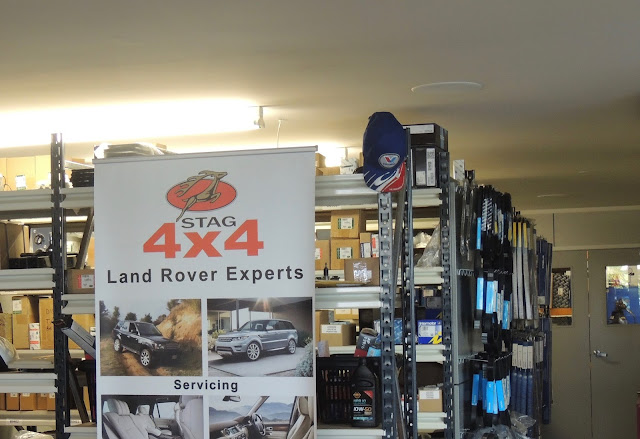 Selwyn, who's a natural tour guide (by birth and by trade), gave us a mini-tour of Auckland areas we wouldn't otherwise see. Then it was time for flat whites all around. 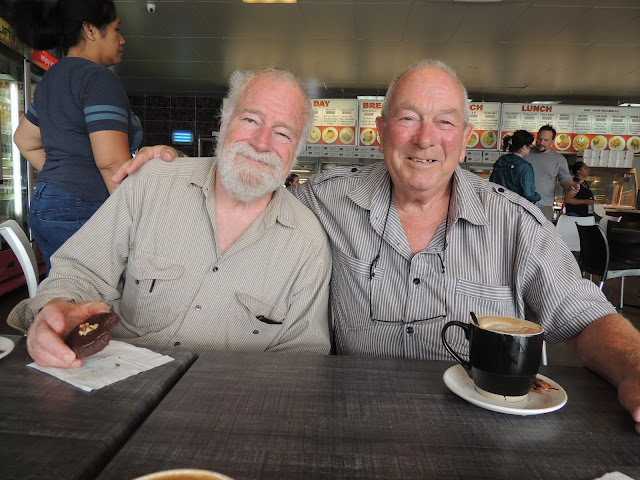 We buzzed back to theirs to say hello to the lovely Raewyn, who served us tea. Here she shows a picture of their '67 (I think!) Ford Galaxy convertible. They go to rallies where there are 600 or more vintage US cars. Who would have thought? 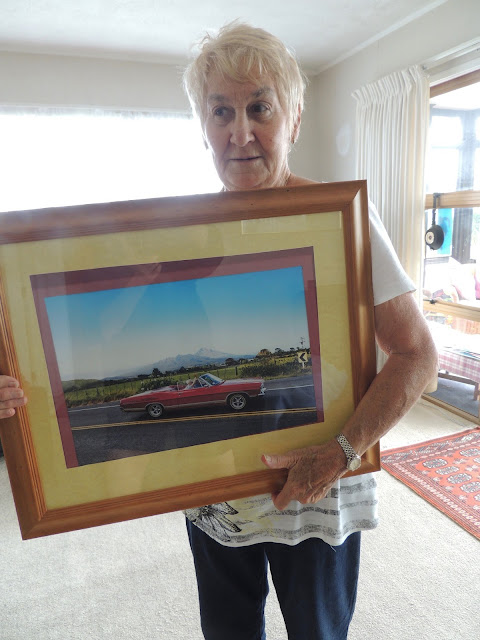 Raewyn also gifted us with a cucumber and some late-sumer tomatoes, grown just down the street from where they live.  I sliced those tomatoes within about 40 seconds of arriving back at our rooms. Look at that color density. And the flavor is an unexpected delight for a North American in March, tasting of long hot days. 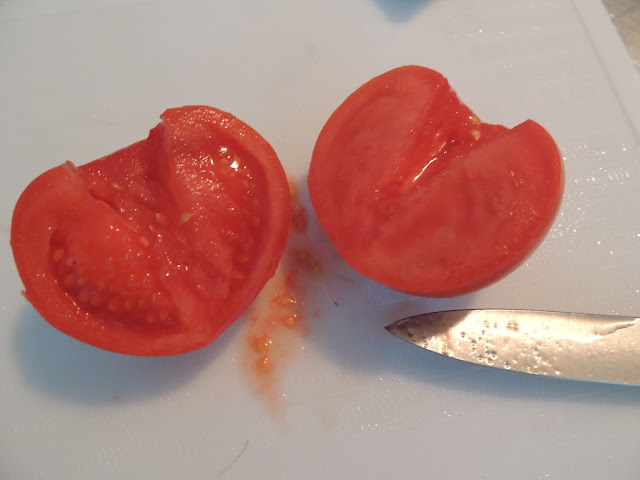 Dinner tonight
We needed some fish to accompany our tomato-cuke salad, so we walked a block to the fishmonger in Grey Lynn and picked up some Tarakihi filets, which I fried in butter in the electric frypan here in our little kitchen. (Wait, jackass what...?)

The tarakihi or jackass morwong, Nemadactylus macropterus, is a morwong of the genus Nemadactylus, found off southern Australia, the Atlantic coast of South America, and New Zealand to depths of about 400 m, on all types of bottoms. Its length is between 30 and 60 cm.

This work has been released into the public domain by its author, Ian Skipworth.

Oh it was good. 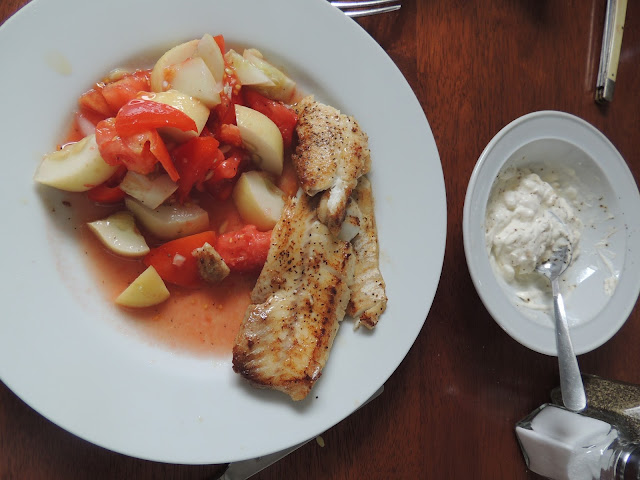 We're staying in the heart of Grey Lynn, which seems to have everything, including a secondhand shop where Art found a French press for NZ $5 (US $3.44--the exchange rate keeps improving). There is no means of making coffee in this kitchen. I know, shocking. 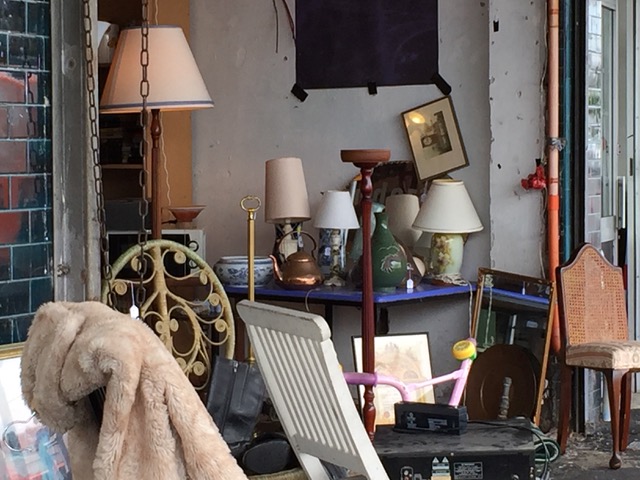 A mournful plea: Have you seen my cat Gus Thomas? 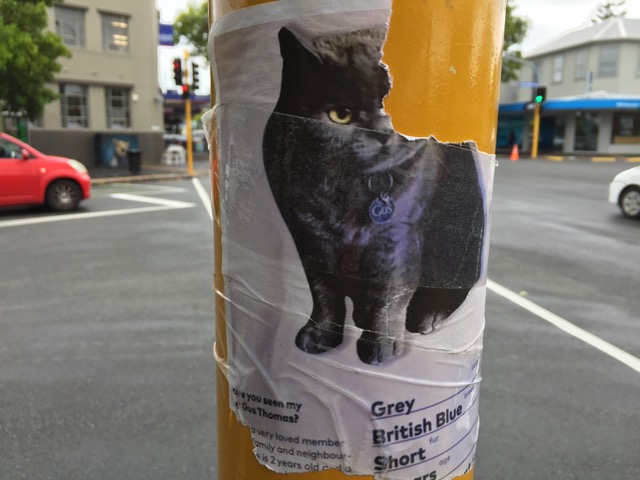 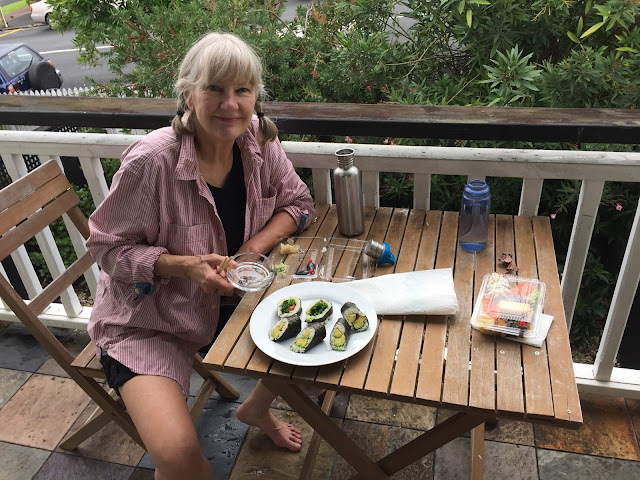 Slow travel means lots of walking, taking in school murals like this one. Tomorrow we'll head for some green space... 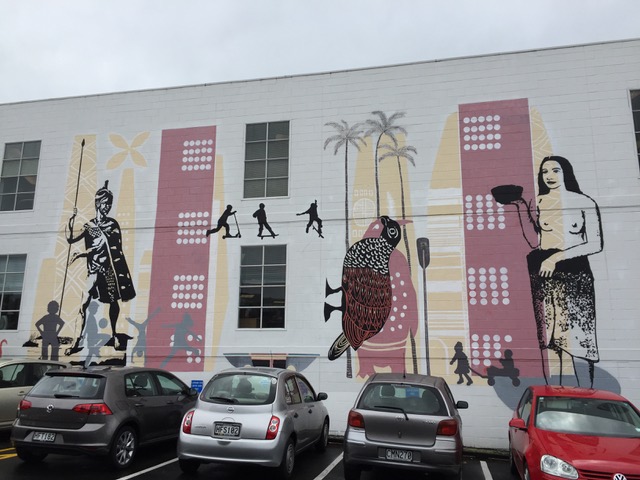