Yesterday's trip to the Museum of Transport and Technology in Western Springs park was a little overwhelming. MOTAT sits on 40 acres. That's a lot of history to see.

MOTAT's intent is to “use New Zealand’s heritage, kiwi ingenuity, transport, technology and associated stories in a creative and interactive way to educate and inspire the innovators of tomorrow.” 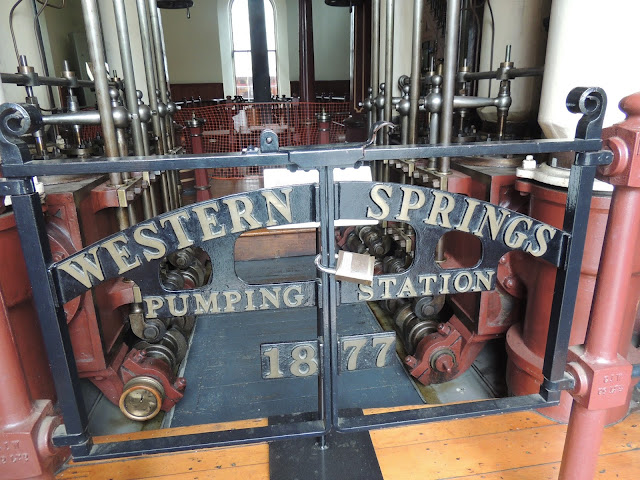 Te Wai Orea (waters of the eel) is the Maori name for Western Springs. Farmer William Motions bought the land from local Maori. By the 1870s, the growing city of Auckland needed a reliable water supply. The springs were dammed to form a lake, and in 1877 the Pumphouse was built. 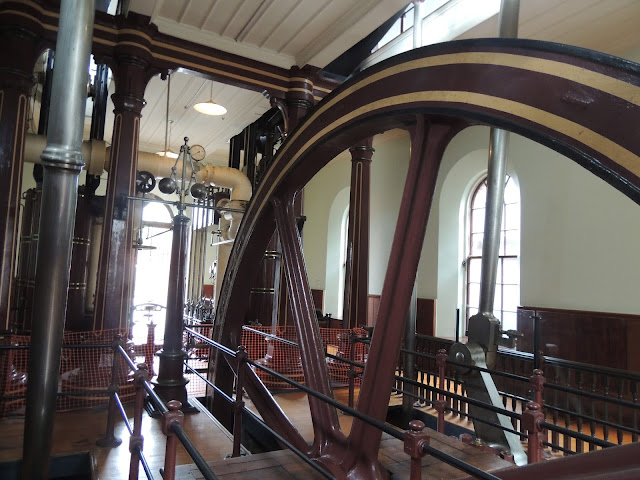 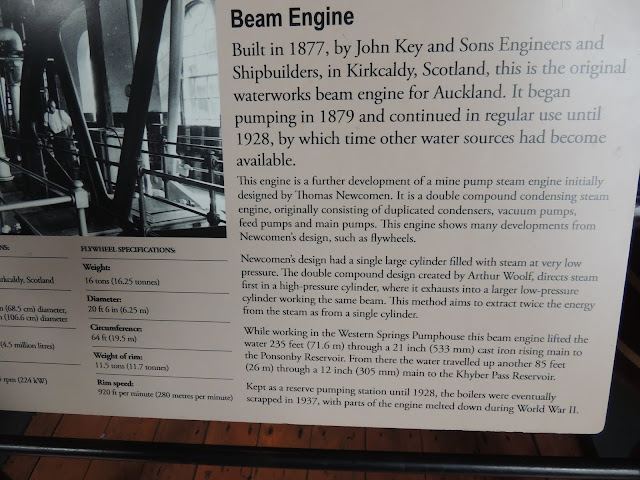 The Kindling Cracker
What started as 13-year-old Ayla Hutchinson's science fair project has won NZ awards and international recognition from Scientific American, Google, and International TeenBusiness. Ayla's Kindling Cracker is featured at MOTAT, and you can read about the germ of her idea below. 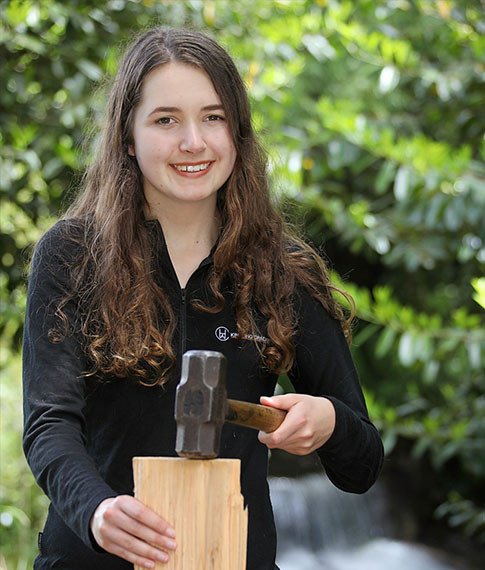 More on the Kindling Cracker here. We need one of these. You can even purchase on amazon. 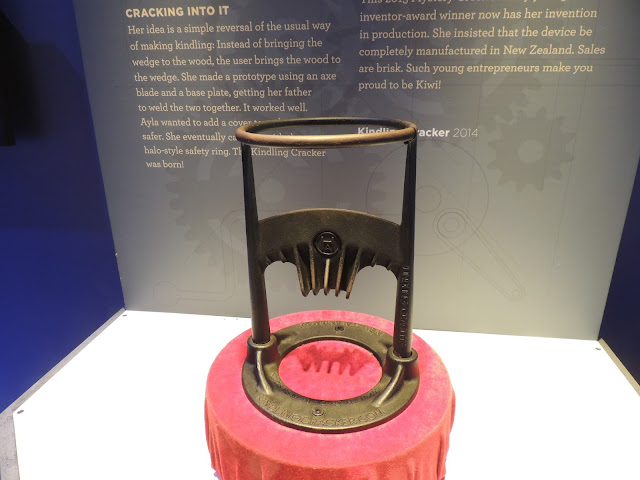 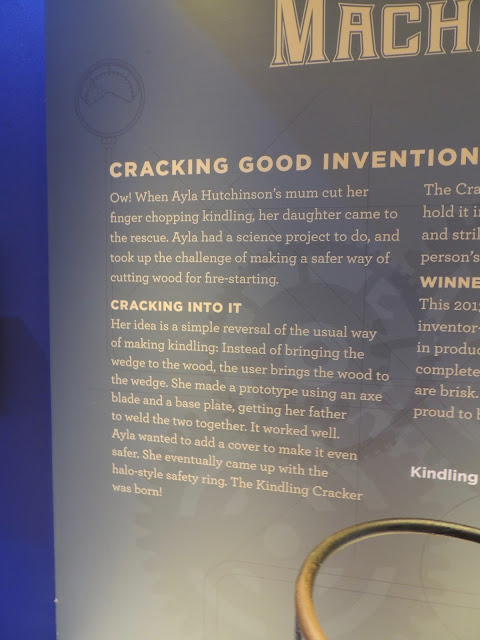 There were displays on the power of tea, Sir Edmund Hilary, and old timey firefighting. I could drive this little red Rover fire vehicle right out of here. 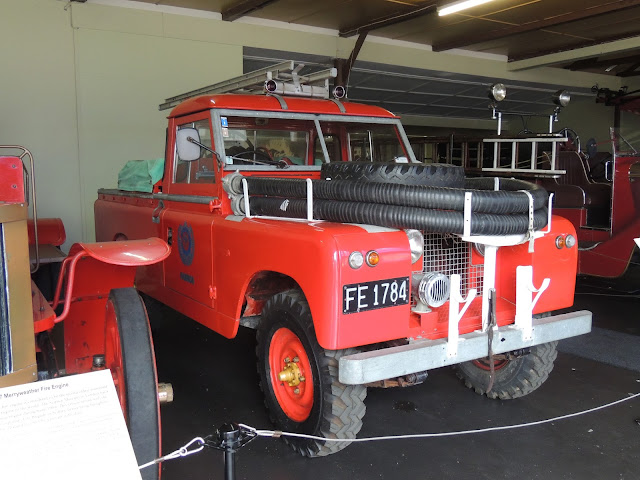 All this meandering calls for a flat white 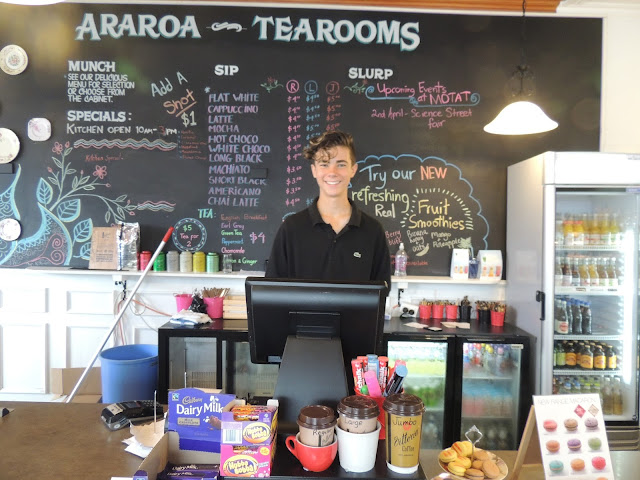 Plus we still have aviation terminal to see. 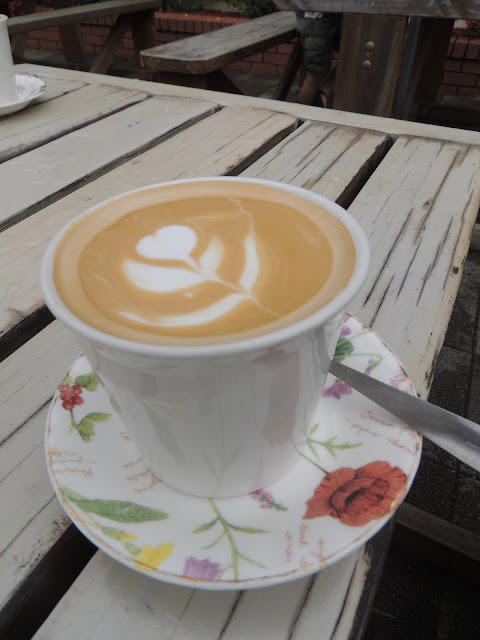 We hop on a trolley for the ride over. 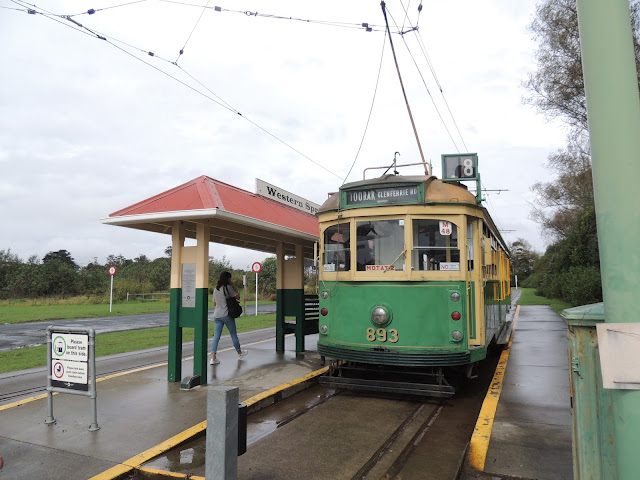 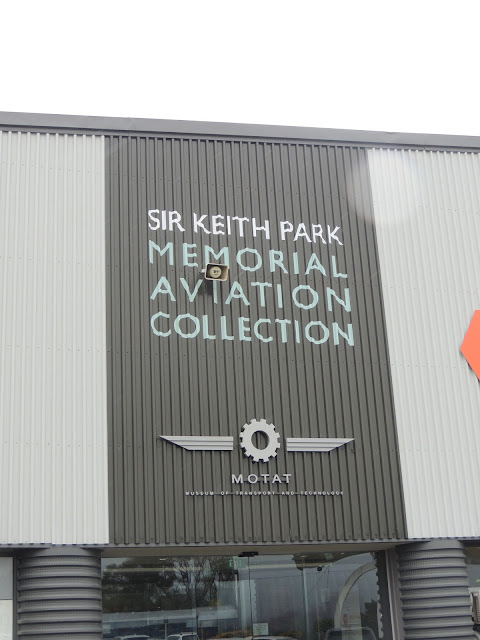 Just a couple highlights from the many stories inside. 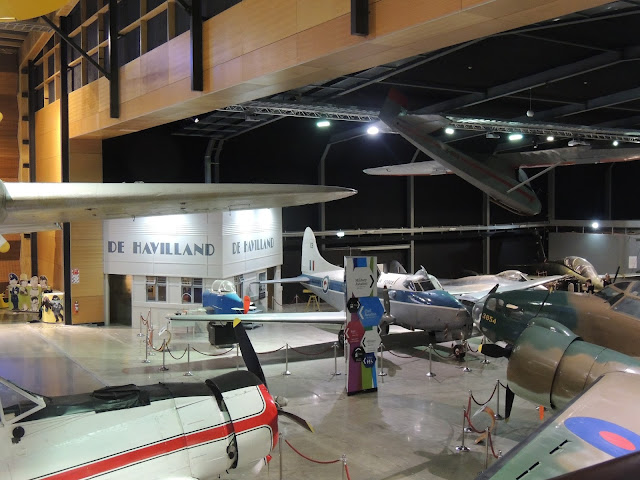 Look at this monster. It's a flying boat airliner! 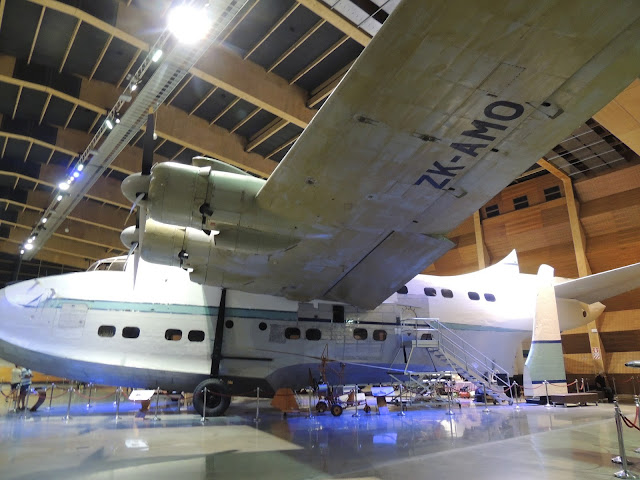 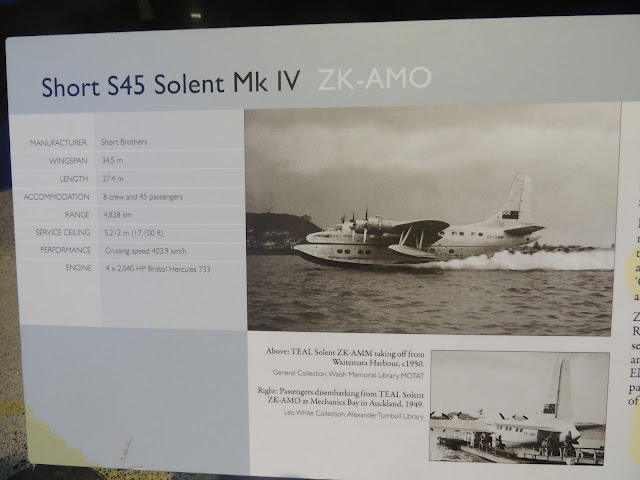 A friendly Kiwi working there gave us the lowdown. This was a boat-plane for the wealthy, as in (Australian born) Errol Flynn et al., flying the lavish Coral Route to exotic islands like Fiji and Tahiti, with fancy meals served onboard. 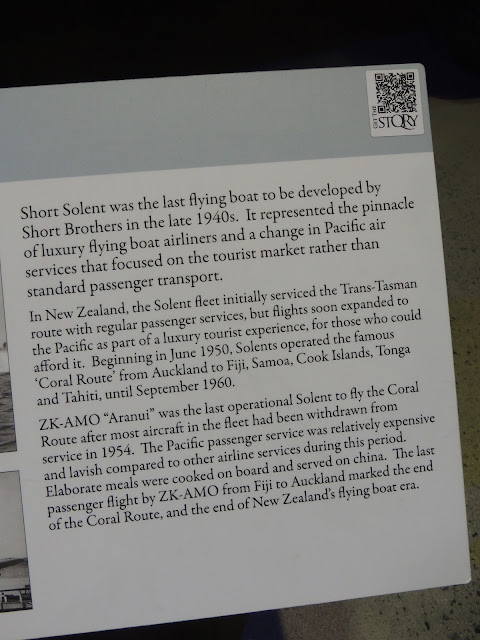 Jean Batten: "Garbo of the Skies" 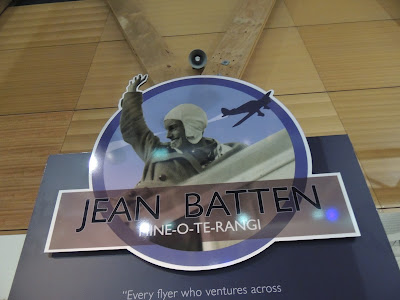 A fantastic story. Here's a snip, but the entire arc of her life is worth a look.

Jean was born in Rotorua, New Zealand in 1909. A few weeks before her birth, the French pilot Bleriothad become the first man to fly across the English Channel, and Jean’s mother, Ellen, cut out a related newspaper article and pinned it to the wall beside the newborn’s cot. It is difficult to imagine what Ellen had in mind. She was a proto-feminist, an extrovert and a staunch admirer of the suffragettes. Whether Ellen’s ambitions for Jean with the clipping were specific or symbolic, it turned out her daughter was to follow Bleriot to the skies.

She was the manifestation of triumph and hope against the odds through the dark days of the Depression. In 1934, she smashed, by six days, Amy Johnson’s flight time between England and Australia. The following year, she was the first woman to make the return flight. In 1936, she made the first ever direct flight between England and New Zealand and then the fastest ever trans-Tasman flight. Jean Batten was the ‘Garbo of the Skies’. She stood for adventure, daring, exploration and glamour. In her time, Jean Batten was one of the most famous people in the world. 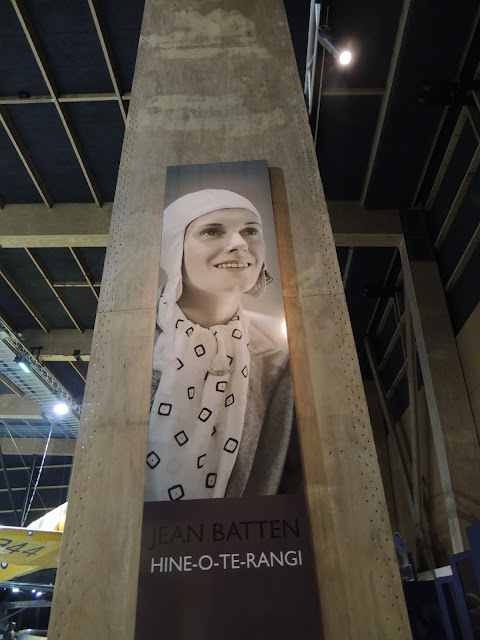 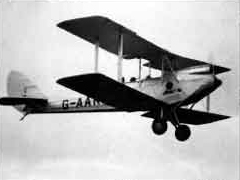 As Ian Mackersey says, she “had an almost messianic faith in herself, and an unshakeable conviction that she had a significant role to play in putting New Zealand womankind on the map.”

With this self-belief and sense of purpose came the notion that it was the duty of others to fund her flights (ed. note: I have always felt this way). 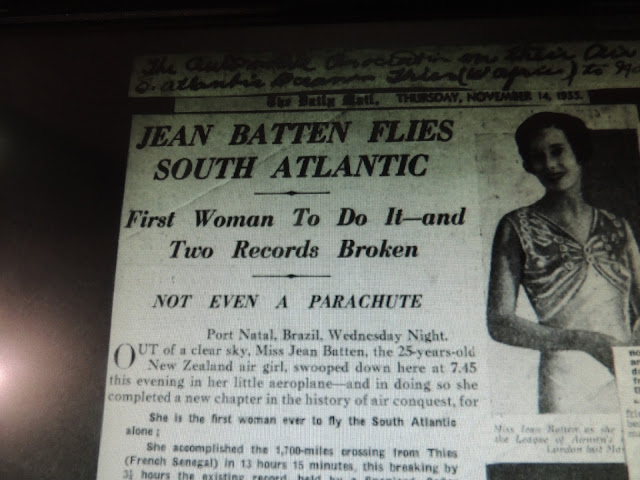 Jean with her cat Buddy
beside Gipsy Moth, 1934 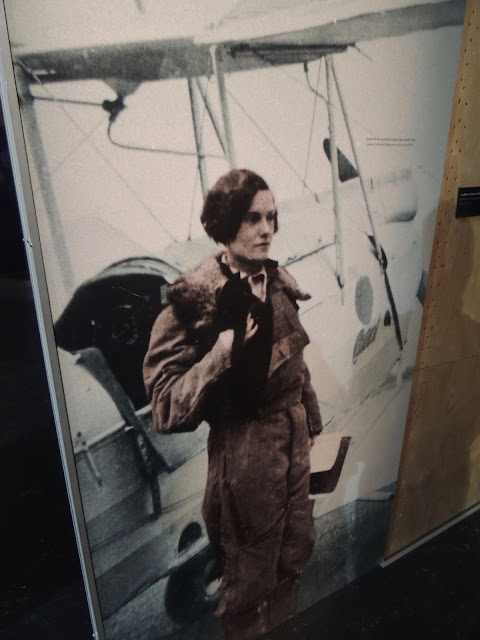